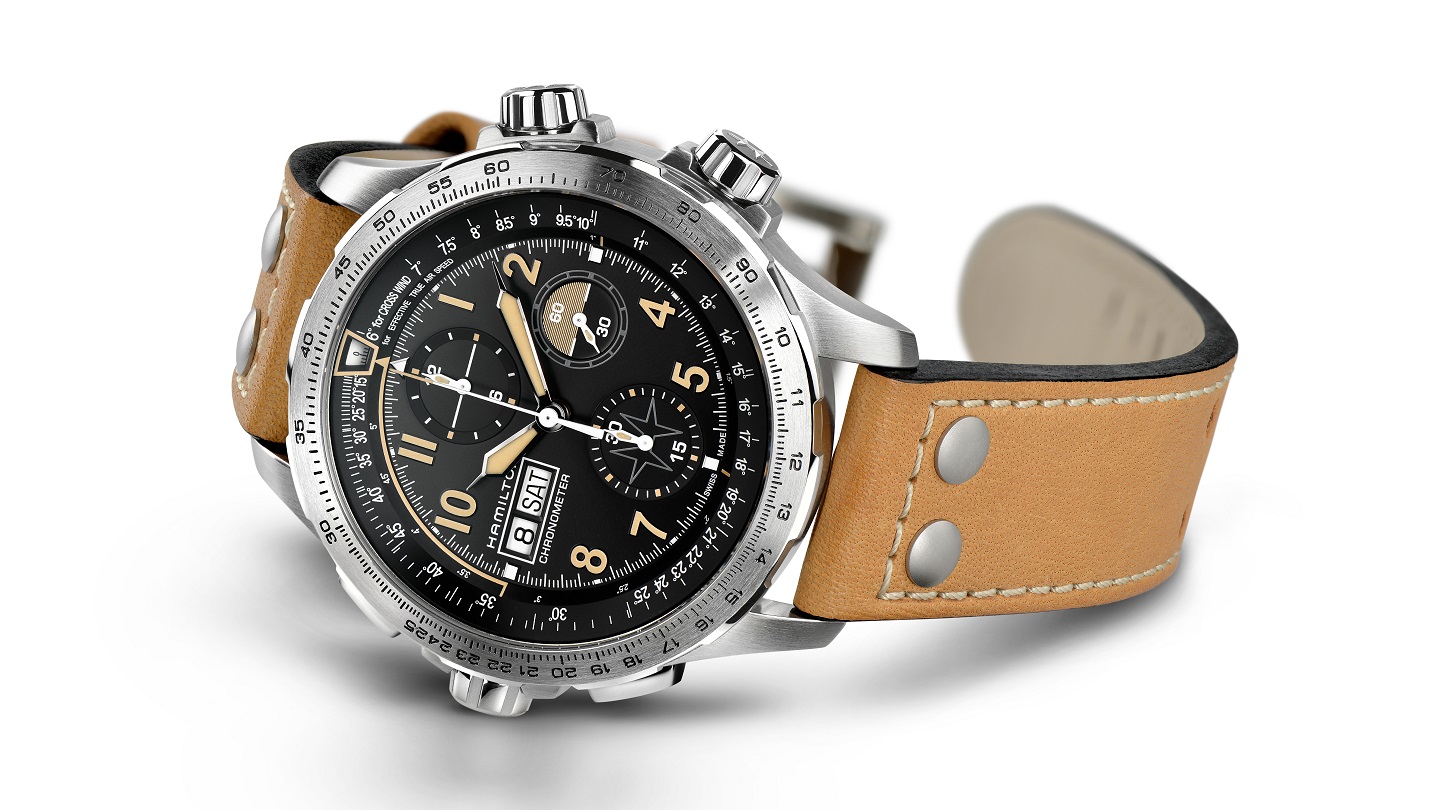 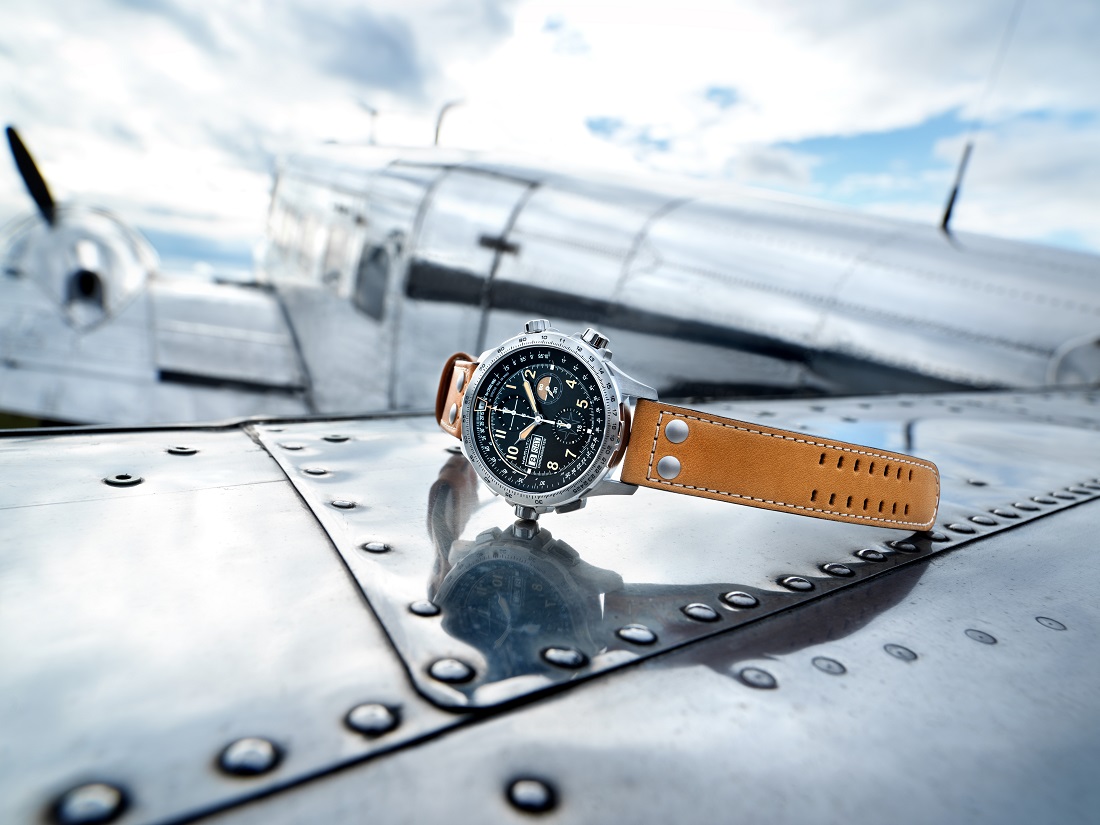 Marking an anniversary of any kind is special, but when it’s a centenary, and it’s a milestone that’s close to your heart, it’s even more important to make sure you celebrate in style. That’s why Swiss-American watch brand Hamilton is pulling out all the stops in 2018 to celebrate its first centenary of producing watches for the world of aviation with a brand new limited edition from its Khaki Aviation line. 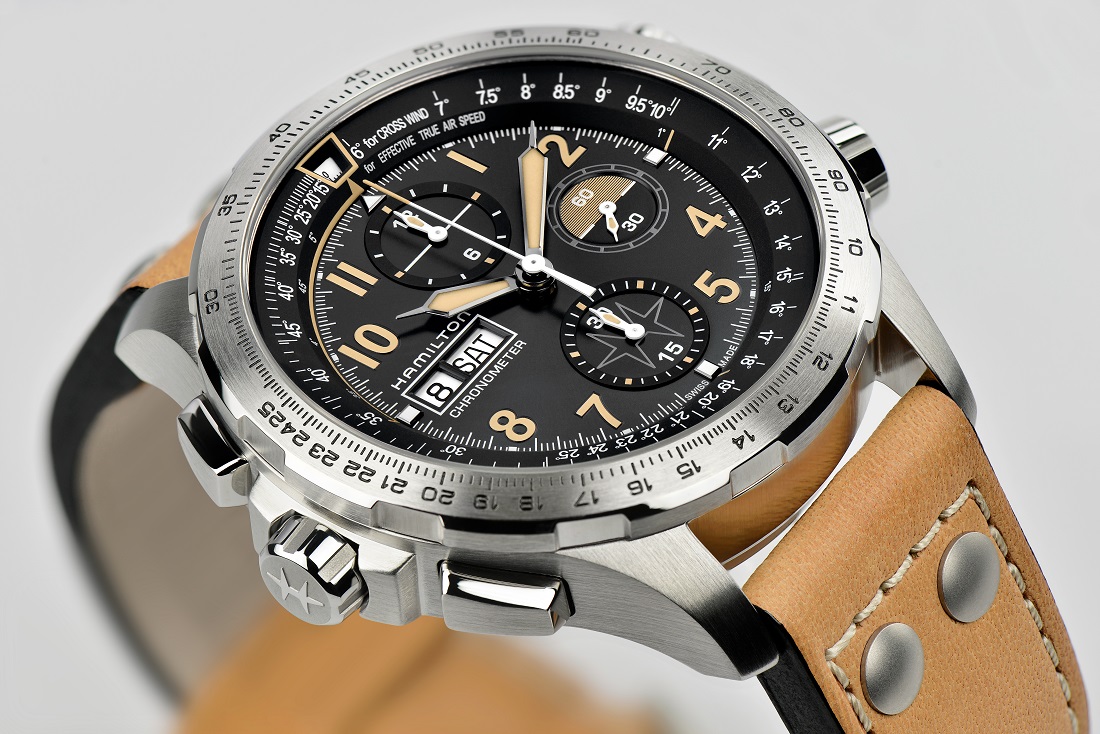 The brand new Hamilton Khaki X-Wind Auto Chrono Limited Edition is based on the popular Khaki X-Wind Auto Chrono which was first launched in 2005 and has become a highlight of Hamilton’s aviation range. Building on that solid base, the new 45mm model counts the familiar drift angle calculator among its features but adds to it with a new COSC-certified movement featuring a silicon hairspring. Not only does this lend lightness to the movement, silicon is also known for its anti-magnetic properties. It’s a detail, but an important one for pilots who spend much of their time in highly magnetized areas such as airports, which can affect the accuracy or performance of a mechanical watch. 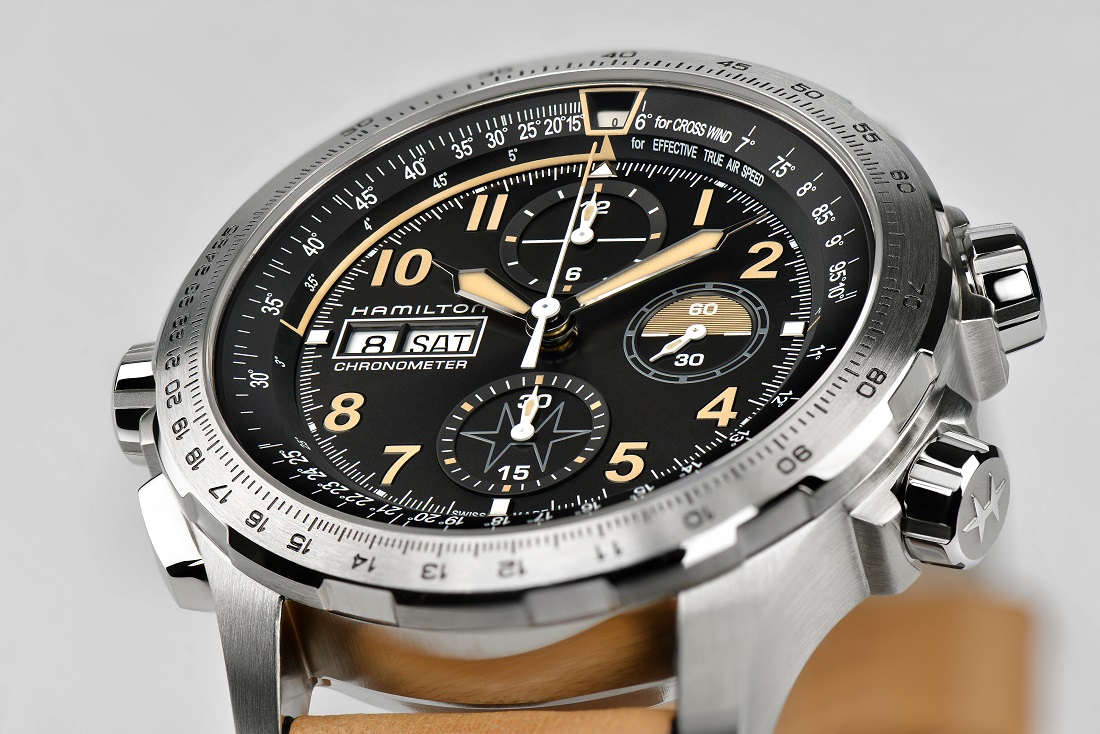 The new version features a multi-level dial and luminous hands, indexes, and numerals to ensure it is easy to read. It is limited, appropriately, to 1,918 pieces in a nod to the year Hamilton first worked with pilots’ watches. It’s a model that is likely to impress Hamilton fans and aviation watch enthusiasts alike and sets the tone for the brand’s centenary celebrations. While many watch brands are active in the world of aviation, few can claim so many firsts or so many major milestones since the early days of flight. 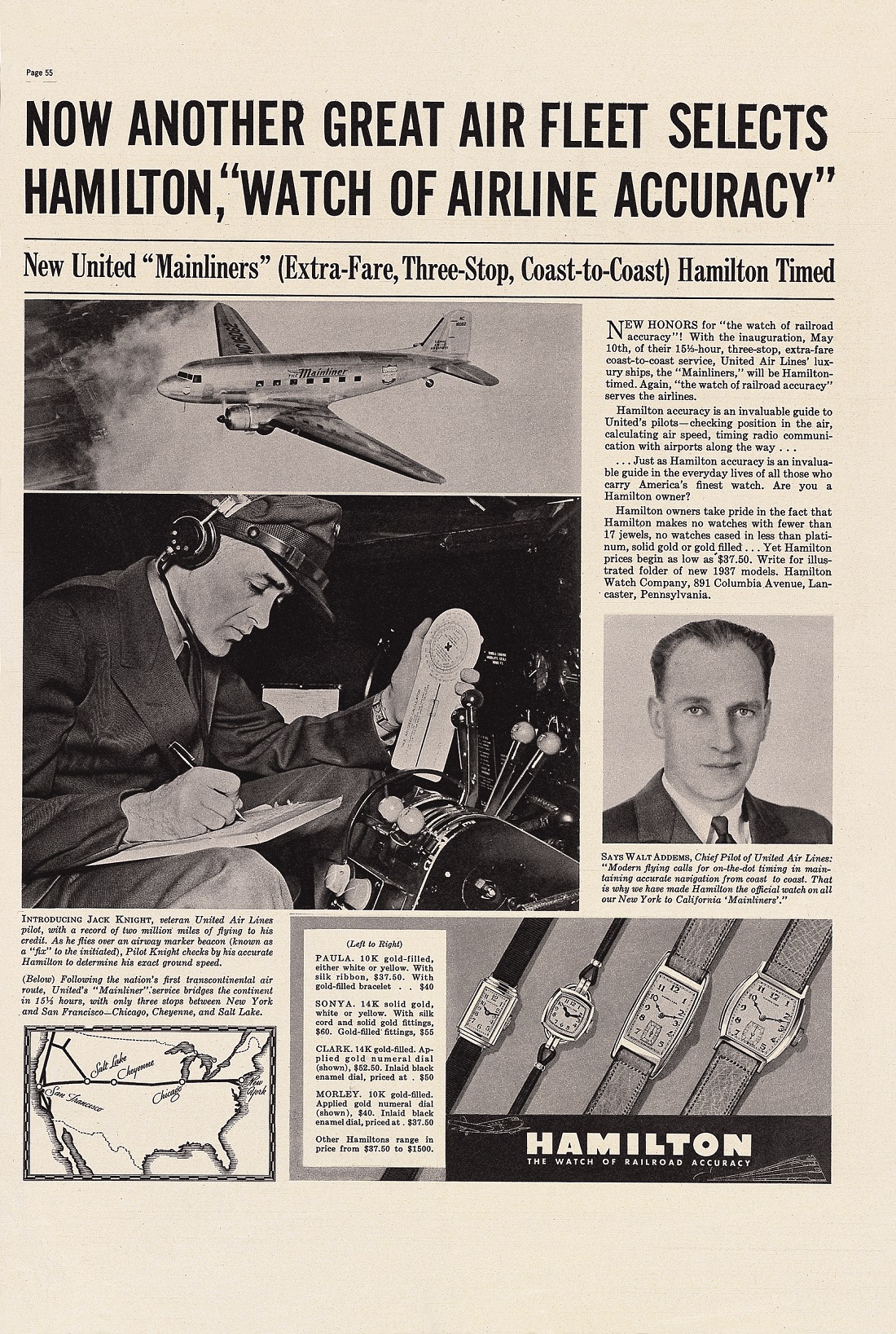 Originally established in Lancaster, Pennsylvania in 1892, Hamilton gained its reputation for accuracy during the early days of the railroads. As pioneering flight gave way to regular flight services to connect the country, Hamilton was called upon to put its accuracy to the test in the air. It was chosen as the timekeeper for the first ever official US Airmail flight. A trip to the North Pole, the first flight to Hawaii from California, and keeping time for the first non-stop coast-to-coast service from New York to San Francisco quickly followed and reinforced Hamilton’s place as a first choice for pilots. 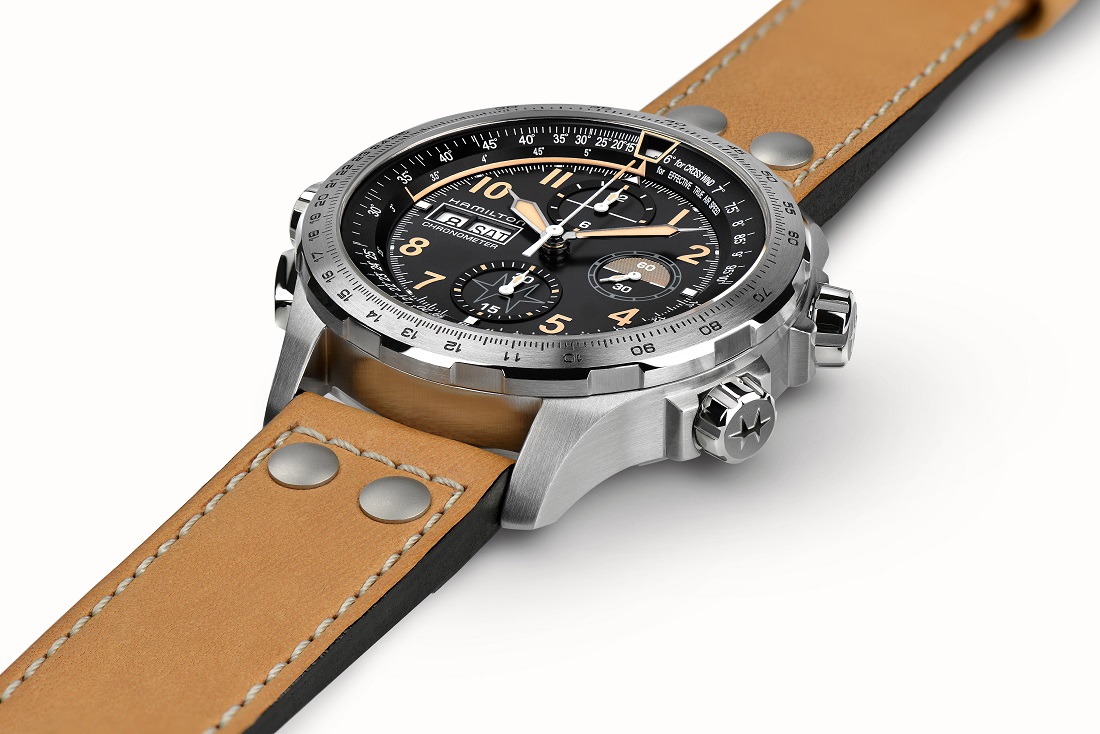 Based in Switzerland since 2003, the brand has continued its work with the flying community, forging associations with pilots from different fields of aviation with the aim of developing new products for the cockpit. Although modern cockpits bear little relation to those from 1918, many pilots still appreciate an analog backup to their digitized instruments in case of an emergency. With features ranging from second time zones to drift angle, landing speed, and fuel requirement calculators, Hamilton is a brand that prides itself on meeting the needs of serious pilots as well as impressing those of us who appreciate a classic aviation look in a watch. The new Hamilton Khaki X-Wind Auto Chrono Limited Edition draws inspiration from Hamilton’s long aviation history but has a firm focus on the future with its innovative new elements. 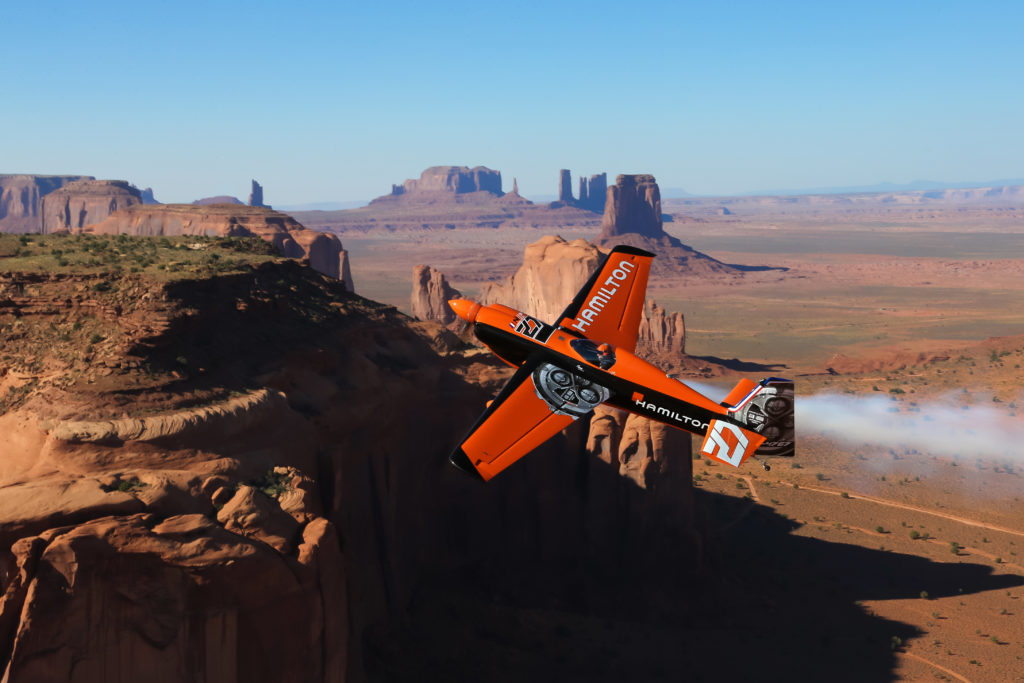 Congratulations to Hamilton on celebrating its first 100 years of timing the skies. To find out more about Hamilton’s aviation centenary celebrations, and the Hamilton Khaki X-Wind Auto Chrono Limited Edition (priced at $2,595), visit Hamilton’s official site and follow @Hamiltonwatch on its social media channels. hamiltonwatch.com