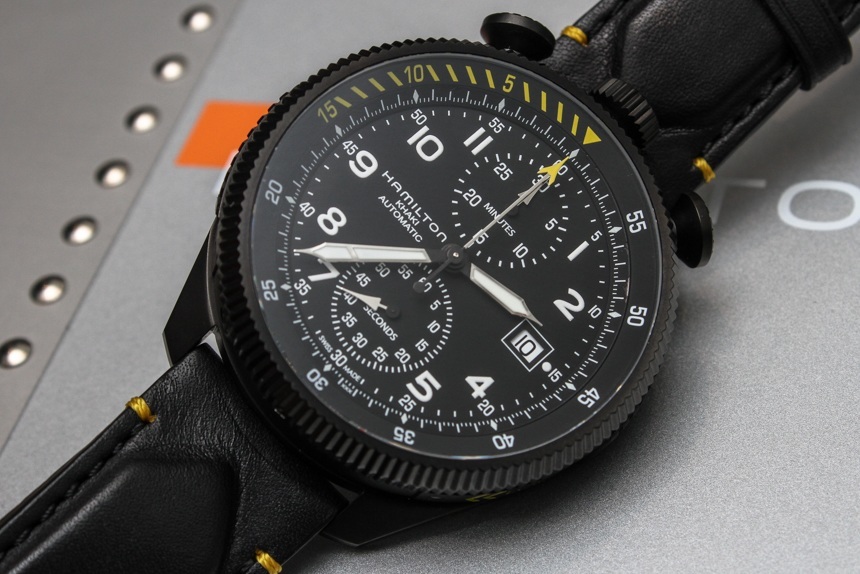 This past March we showed you a first look at a special limited edition watch from Hamilton called the Hamilton Khaki Takeoff Auto Chrono Limited Edition. This aviation gauge-inspired bullhead chronograph features the ability to be worn as a traditional wrist watch or to be detached from its lugs and strap so it can be mounted in a desktop display case that really completes the cockpit look and feel.

We went hands on at Baselworld, and if you’ve got the wrist for it, the Hamilton Khaki Takeoff LE is a pretty cool and rather distinctive watch. The 46.3 mm wide case is steel with a well-executed black PVD finish and yellow accents. The considerable width is quickly upstaged by the Takeoff’s extreme thickness, which we would wager exceeds 18 mm (sorry, had left my caliper at home). 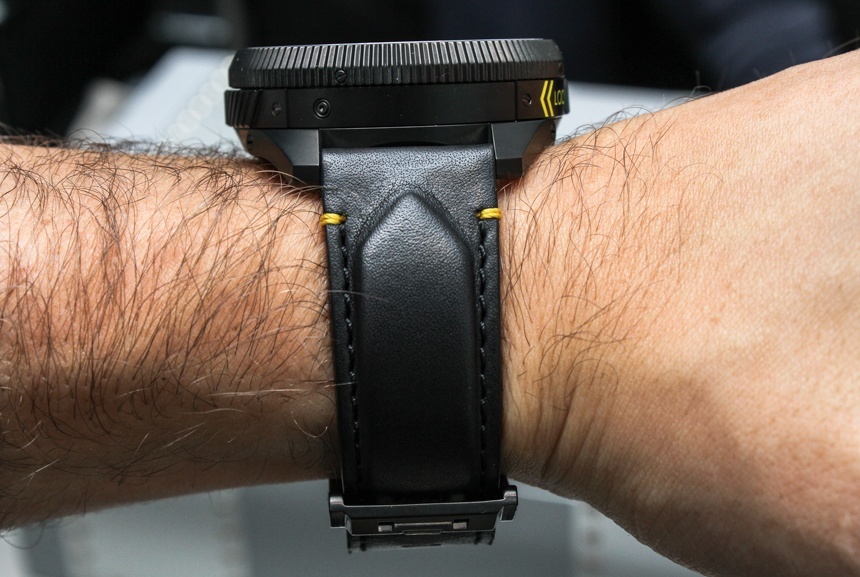 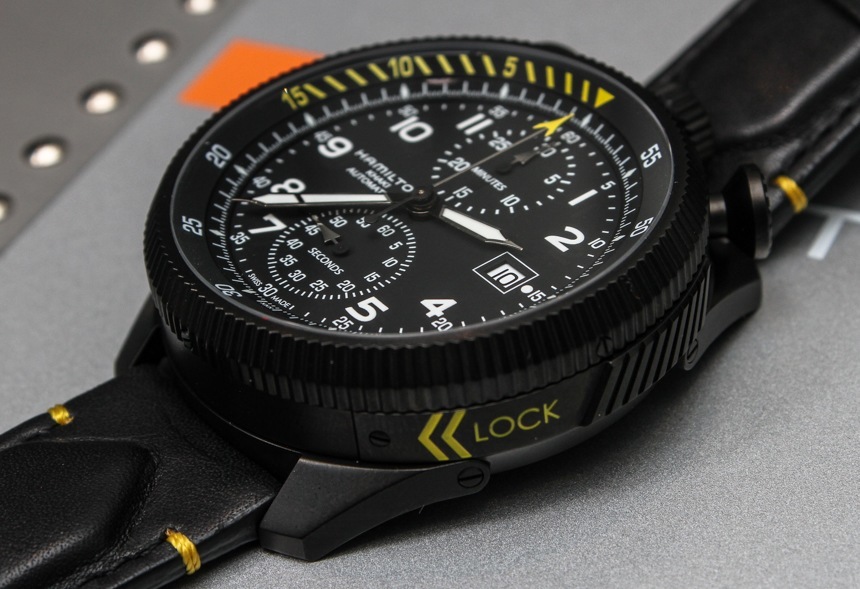 The thickness is a result of the two-segment case design that allows the puck-like internal case to detach, thanks to a nifty locking system not unlike the ring mounts used on SLR camera systems. While this functionality, along with the included desk display case, is nothing more than a novelty, it is just the right amount of strange for a limited edition piece meant for collectors. That said, this form and function comes with a cost, and the Hamilton Khaki Takeoff is a compromised design for a day to day watch, due mainly to its increased thickness.

With a dial straight out of the instrument cluster of an airplane, the Hamilton Khaki Takeoff Limited Edition offers a 30 minute chronograph with a central chrono seconds hand and an elapsed minutes display at 12. With a bullhead layout all of the controls are on the top of the watch. This layout is uncommon but keeps the pushers from binding on a cuff or sleeve and aids ambidextrous and gloved control. 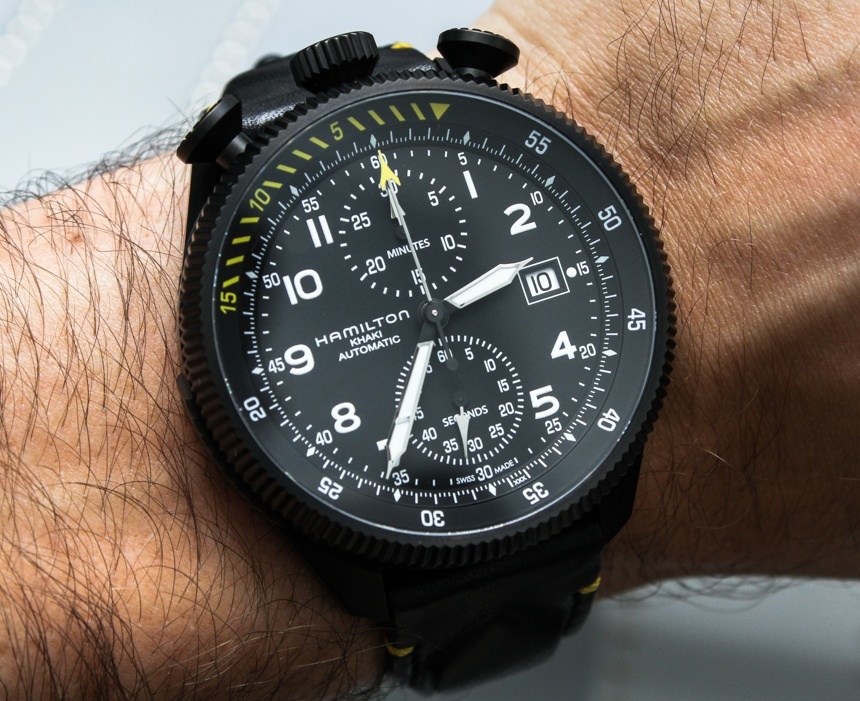 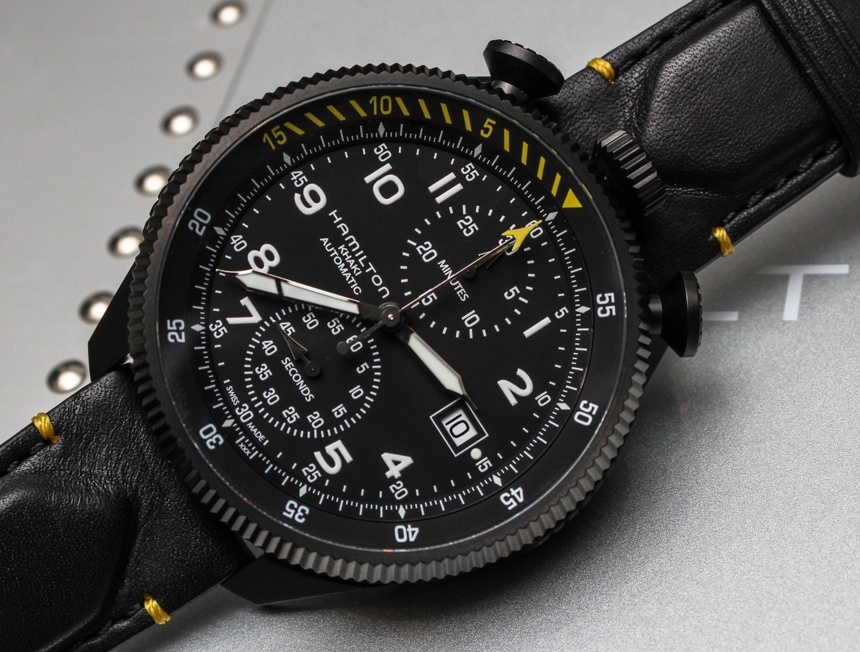 The Hamilton Khaki Takeoff Limited Edition uses Hamlton’s H-31 automatic chronograph movement that is based on the ETA/Valjoux 7750 but boasts an improved power reserve of 60 hours, as well as modifications for improved accuracy and additional Hamilton branding. The movement offers time, chronograph and date, with the date showing at three via a white wheel with black text. Hamilton has finished this limited edition piece with an anti-reflective sapphire crystal and 50-meter water resistance. 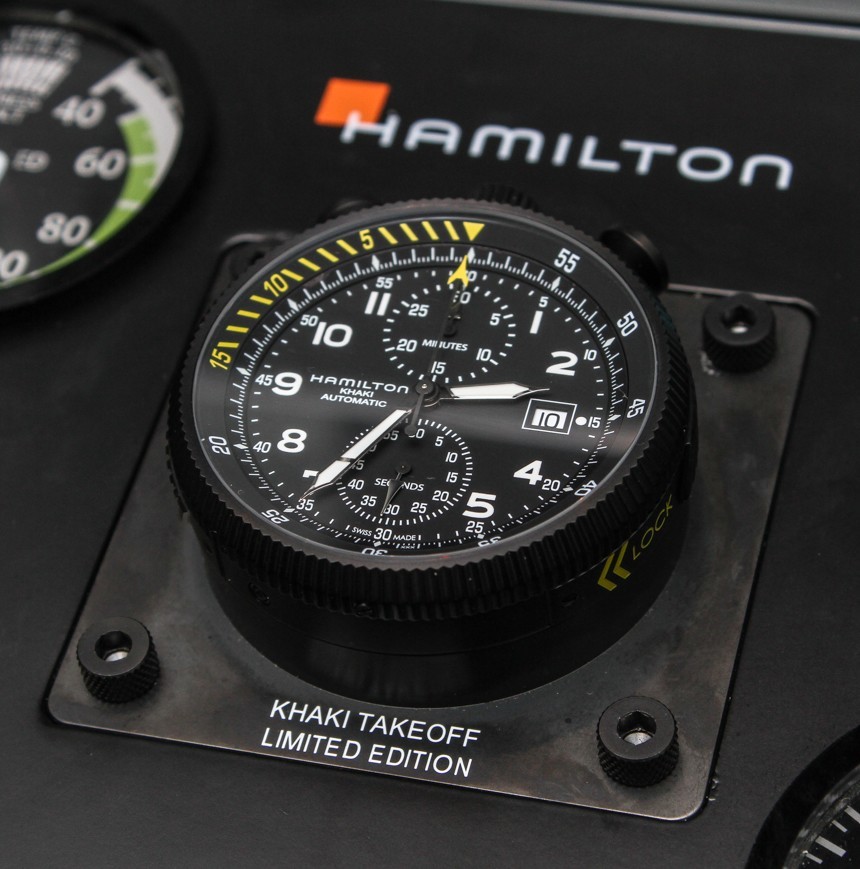 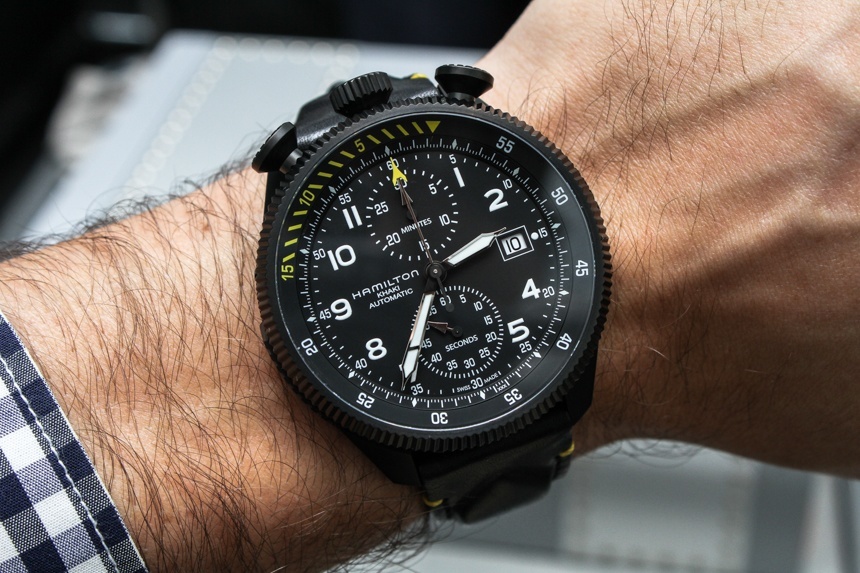 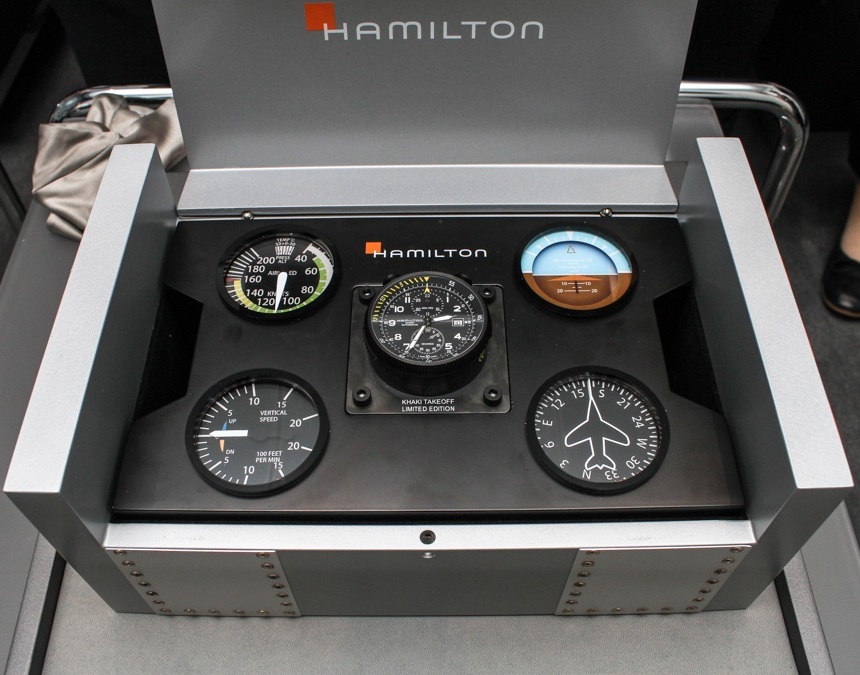 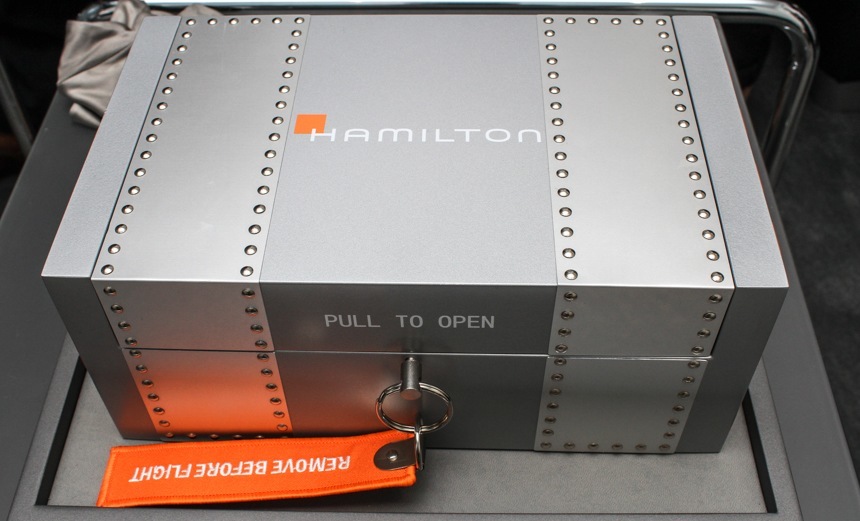 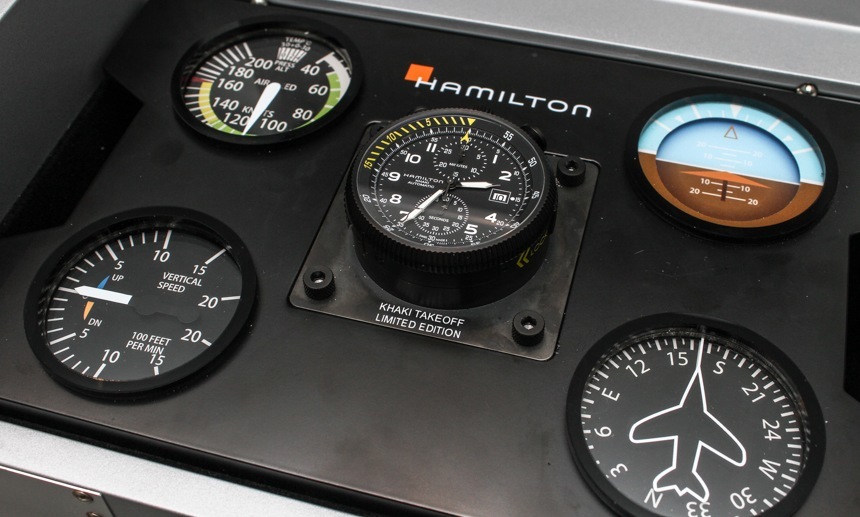