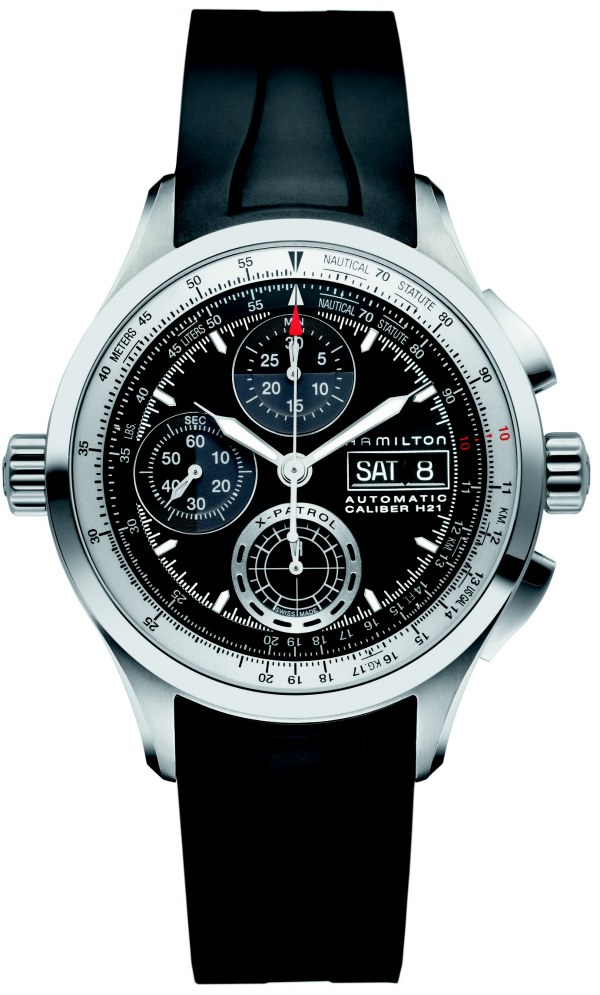 Ah, now here is a slide-rule bezel complication that I can use. I tend to make fun of these as I am not about to do long-division or calculate fuel consumption on a tiny slide-rule, if I need to figure that stuff out at all… But this one is actually handy. This new watch for 2012 from Hamilton is the Khaki X-Patrol and it has a metric to imperial conversion scale. That would prove useful as I often travel to Europe and having no idea how far things are and how much things weigh. I am such a proud American. It isn’t going to replace a calculator, but in comparison to most slide-rule bezels out there, you’ll probably use this one at least once in a while.

The name of the watch sounds like it was made for some make-believe military force, but it looks pretty cool. I like how standard Hamilton Khaki watches look like they are made for actual military personnel, and the Khaki models with some extra term after them look ripe for wrist time on GI Joe character. You can decide for yourself what the “X-Patrol” does. They say “no” to drugs though, you can be sure of that. 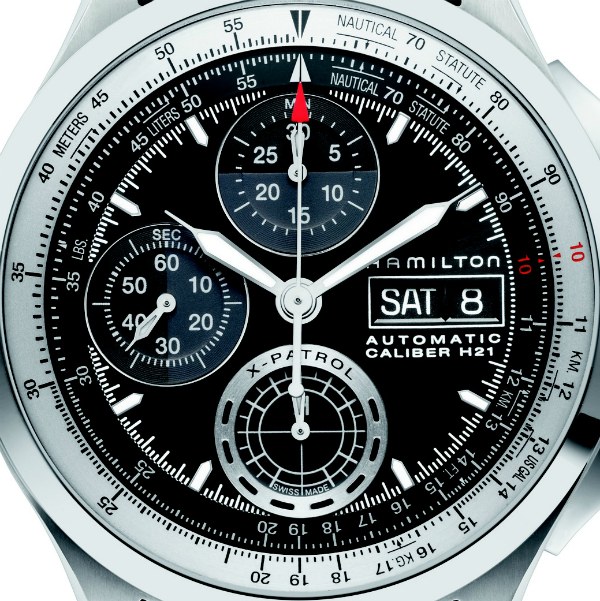 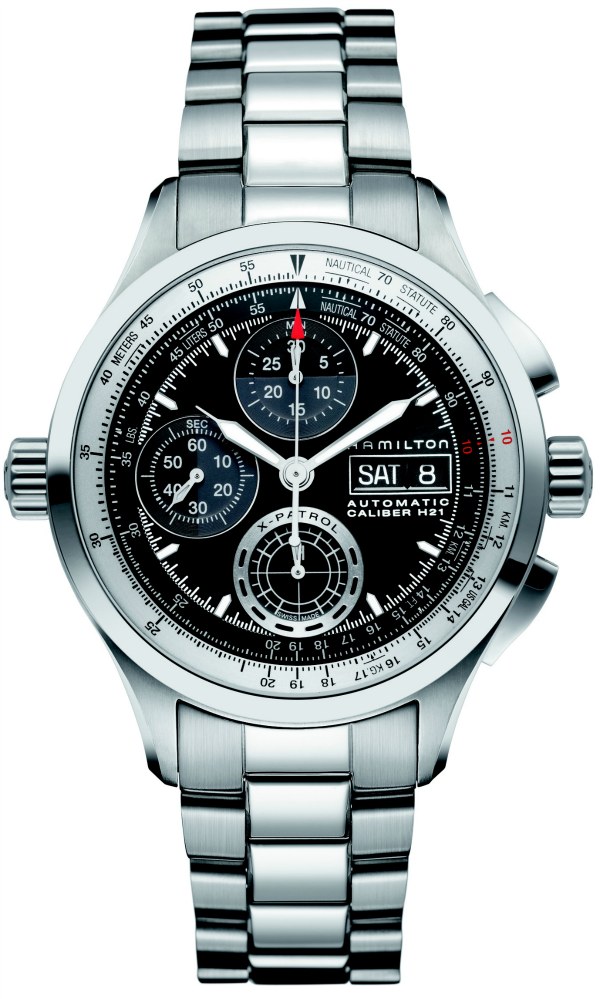 The watch contains Hamilton’s exclusive H21 automatic movement that is essentially an upgraded ETA Valjoux 7750 automatic chronograph. It has a power reserve that is bumped up to 60 hours, and according to Hamilton is specially regulated to be more accurate than standard 7750s (that can be COSC certified themselves). All the 7750 functions have been retained (12 hour chronograph, time, and day/date calendar).

You can see that Hamilton will offer the Khaki X-Patrol in two versions – with a black or silvered dial on a rubber strap, leather strap, or metal bracelet. I think I like the black dialed version a bit more – though they both look handsome. The dial design is interesting and very typical of modern Hamilton watches of this ilk. The hands might be a bit on the shorter side though, and from the images it looks like the hour and minute hands could probably be easier to differentiate. Hamilton also decided to go for a cool-looking hour counter, but one that lacks Arabic numeral markers – though all the indexes are there. All three of the subdials have interesting designs if you look closely. 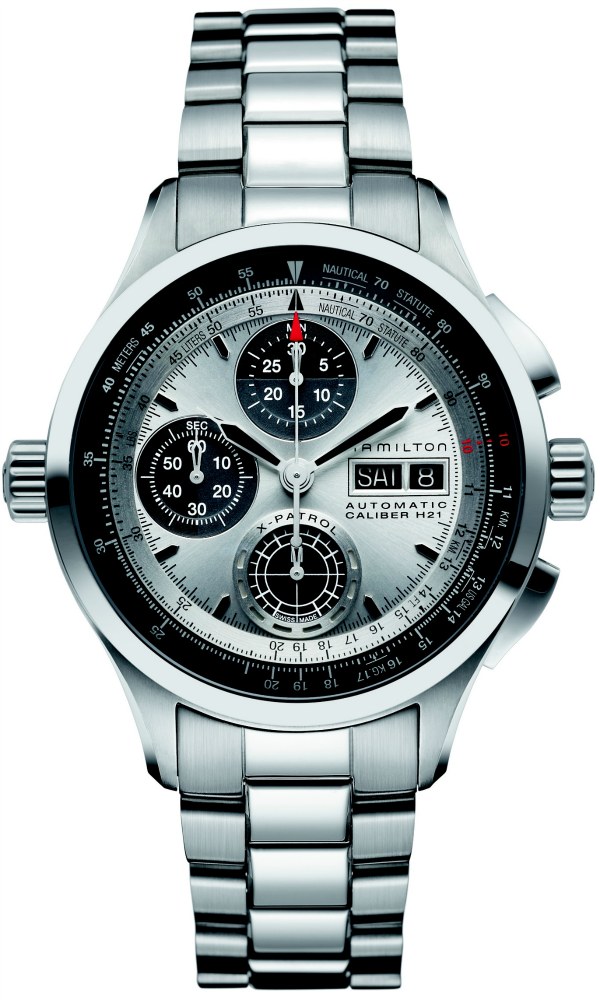 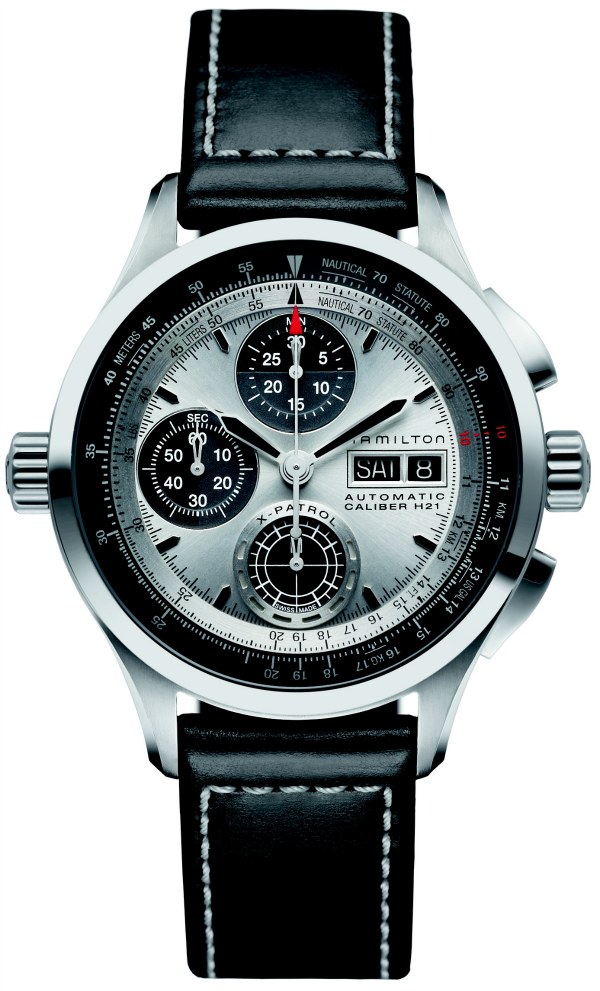 The Khaki X-Patrol will come in a 42mm wide steel case that is really nicely shaped. I like the curvy structure and how the chronograph pushers sort of continue that case shape. It is actually elegant – something that you probably would not assume about a watch with this name. The case is further water resistant to 100 meters and has a sapphire crystal with AR coated on the inner side of it. Overall, quite nice and I look forward to seeing the rest of what Hamilton has to offer this year at Baselworld 2012. Prices are $1,295 on a leather strap or $1,345 for the watch on rubber or a metal bracelet.