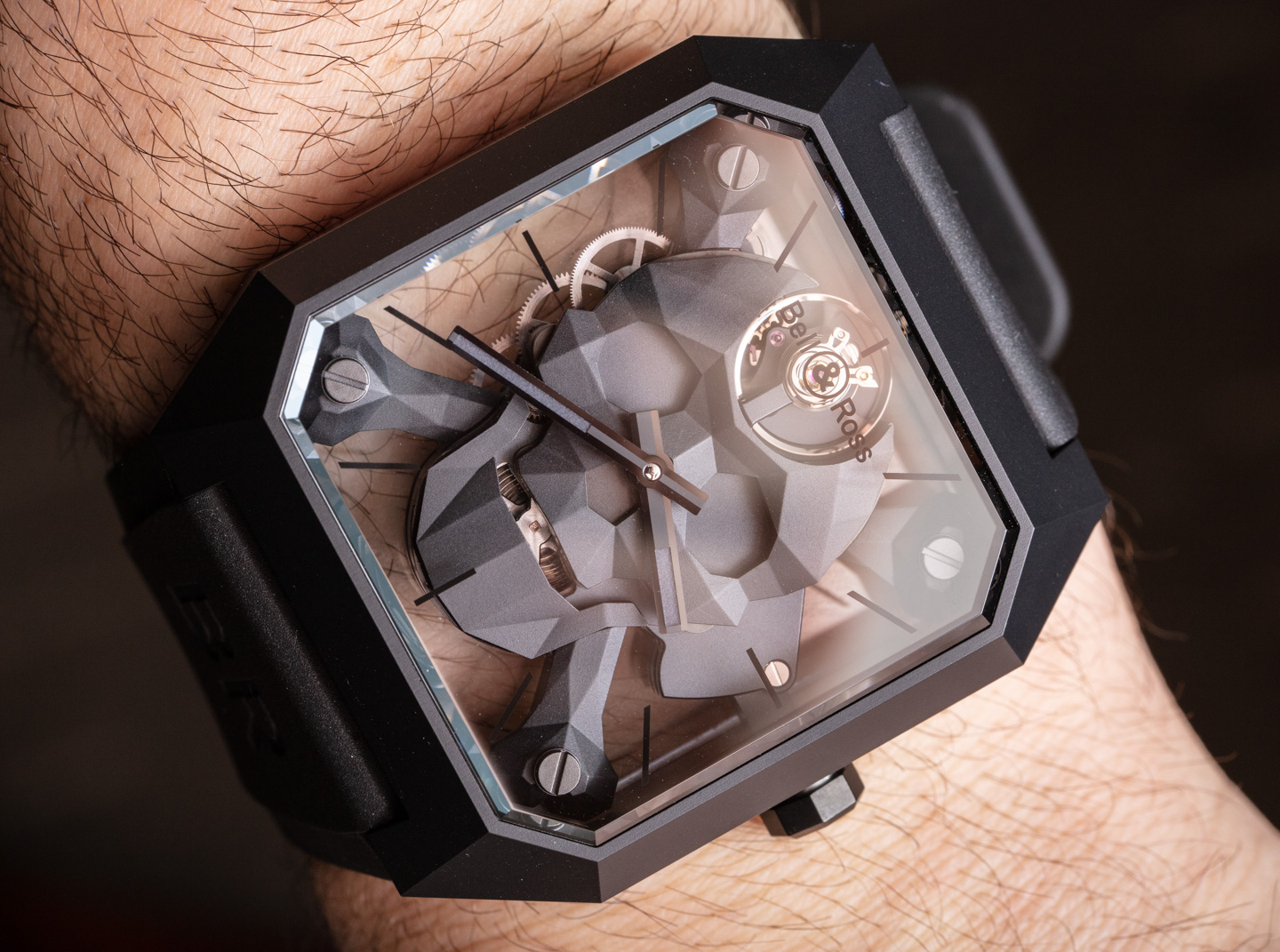 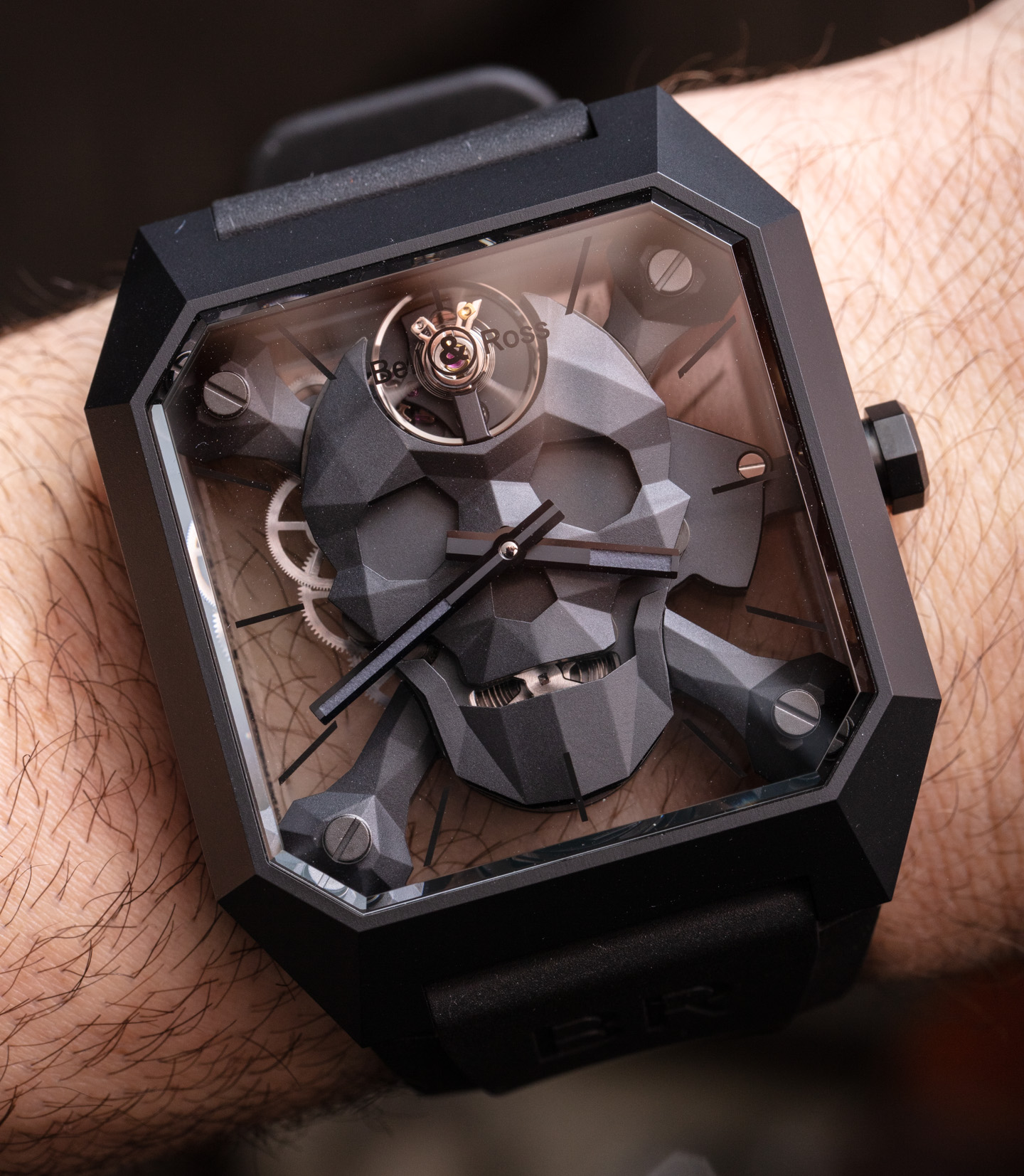 Bell & Ross has been making watches with skull themes for long enough (since 2009) that these types of products populate their own little sub-category within the brand. From pirates to tattoos, the classic skull motifs we have mostly seen from the Paris-based brand are now supplemented by a contemporary (if not futuristic) skull-themed watch that Bell & Ross calls the BR 01 Cyber Skull.

What makes the BR 01 Cyber Skull interesting is the entirely new take on the BR 01 case and dial. The Cyber Skull uses an existing movement but is otherwise a fresh take on the skull concept. Admittedly a niche product, this debut reference BR01-CSK-CE/SRB version is predictably a limited edition of 500 pieces. The movement is borrowed from the Bell & Ross BR 01 Laughing Skull watch collection, which debuted an exclusive movement for Bell & Ross that features a whimsical animation. When manually wound (as this is not an automatic movement), the jaw of the skull moves up and down as though it is talking (or laughing). So if you really want to practice some ventriloquism and don’t have a puppet around, your Bell & Ross Laughing Skull or Cyber Skull watch will suffice for the fun. 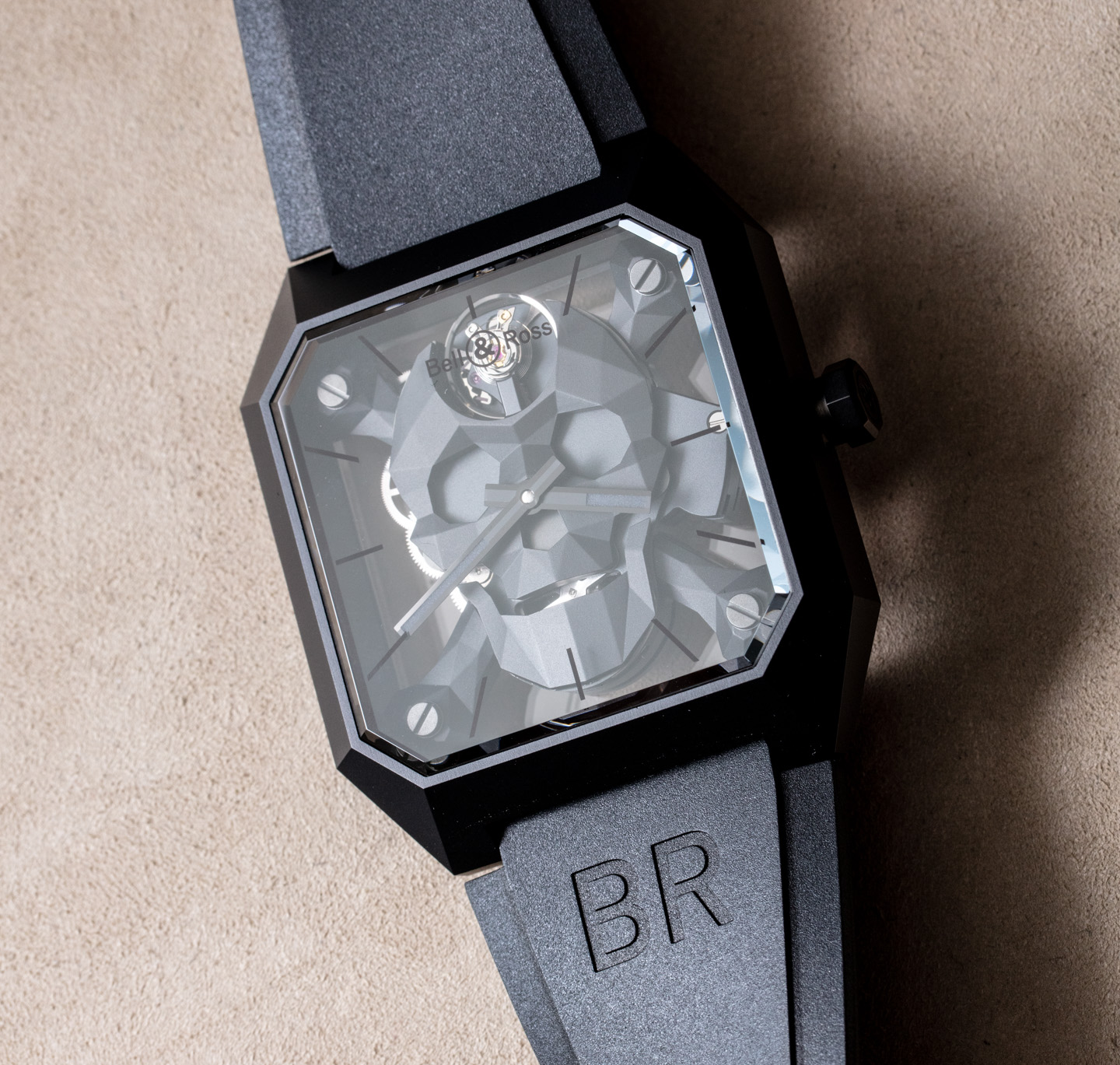 The movement is known as the Bell & Ross calibre BR-CAL.208 (in the Laughing Skull, the different shapes of the movement have it as the BR-CAL.206). Hand-wound, it features just the time with central hour and minute hands. There is no seconds hand, but there is an open view of the oscillator, which is located at the rare position of 12 o’clock, where the skull’s “brain” should be. That’s horological romance for you… Bell & Ross doesn’t publish the performance of the movement, but I’m guessing that it operates at 4Hz with about two days of power reserve. When you “open” the mouth of the skull, there is a partial view of the skeletonized mainspring barrel, which can serve as a rough power reserve indicator by viewing how tightly wound the spring is.

The revised BR 01 case is still mostly square but with bolder geometry and dramatically angled, faceted edges. The case here is in black ceramic, measuring 46.5mm-wide with 50 meters of water resistance. Bell & Ross claims that the shape of the case was inspired by the stealth F-117 fighter plane but meant for memento mori-loving fashionistas. The case has sapphire crystals on the top and bottom, which are important to offer the “floating cyber skull and crossbones effect” that the dial is going for. I still appreciate the relative legibility (despite the black-on-black color palette) and, more so, the presence of hour markers on the dial. 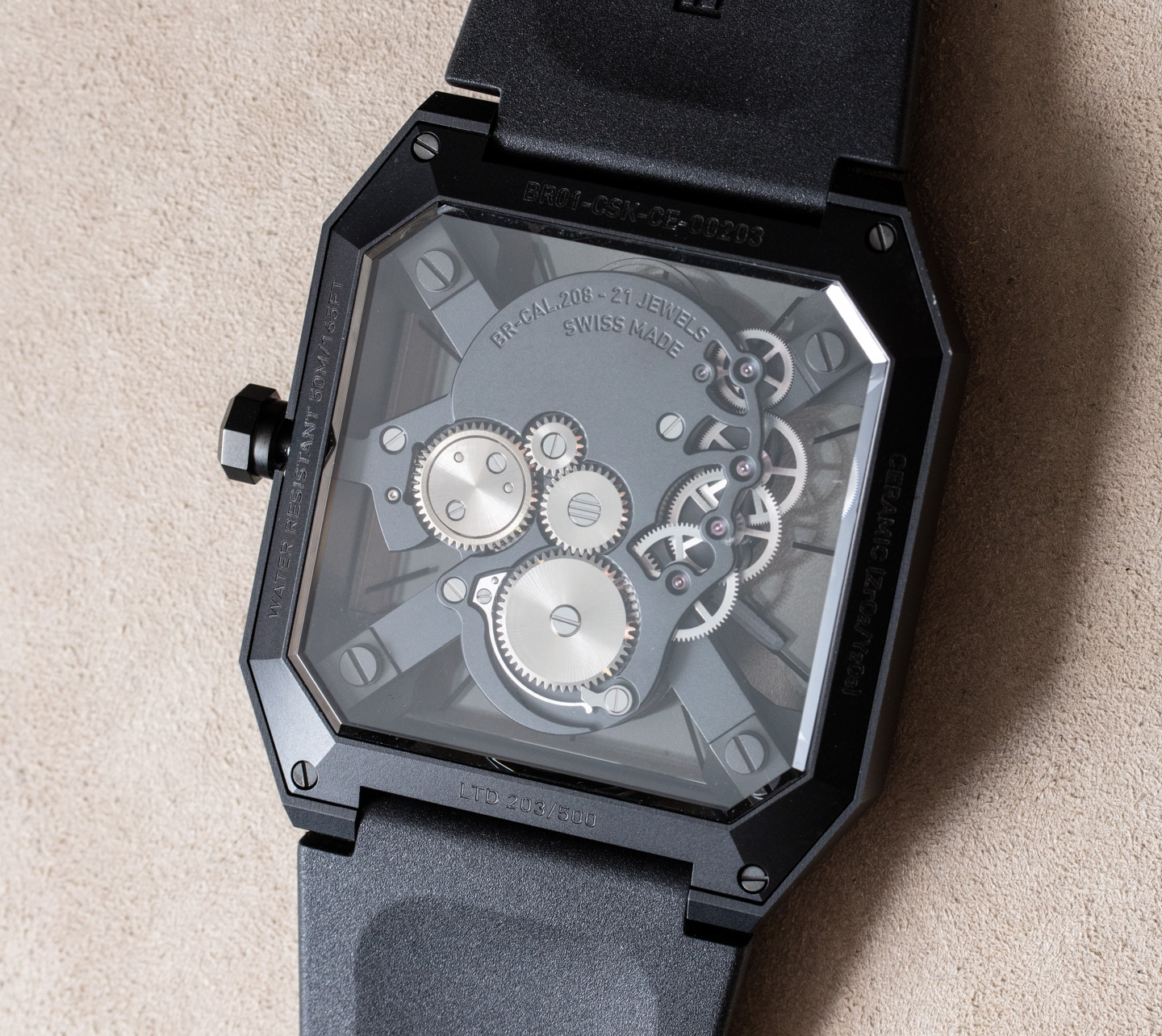 Given that this new BR 01 family case is so new, I think it is a bit odd that Bell & Ross didn’t give it a more distinctive name. This case concept has life beyond being a frame for a digital-style pirate skull. I think it will be interesting to see where Bell & Ross takes the direction of this look, as well as how readily consumers will adopt it.

Whimsical and original, the Bell & Ross BR 01 Cyber Skull is a distinctive product that fits in well with the brand, even if it by no means is trying to be a mainstream product. Bell & Ross did a great job creating something entirely original to them in terms of the case, dial, and movement, and from a collector’s standpoint should at the least be admired for that. For skull-watch fans who want to play talky-talky with an “automaton” dial, there is a whole other world of fun in store. Once again, the reference BR01-CSK-CE/SRB Bell & Ross BR 01 Cyber Skull is a limited edition of 500 pieces and is priced at $10,900 USD. Learn more at the Bell & Ross website here.