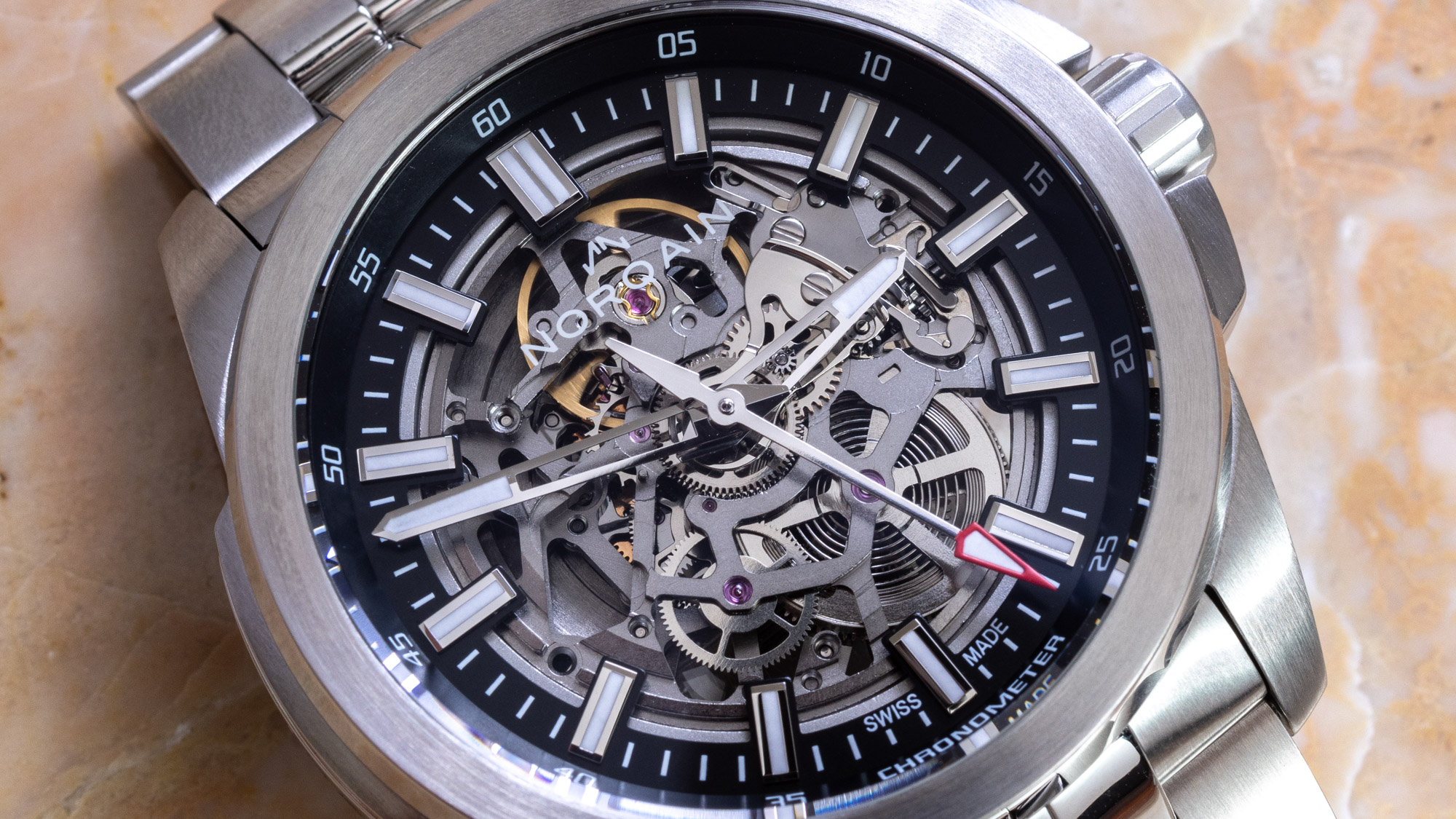 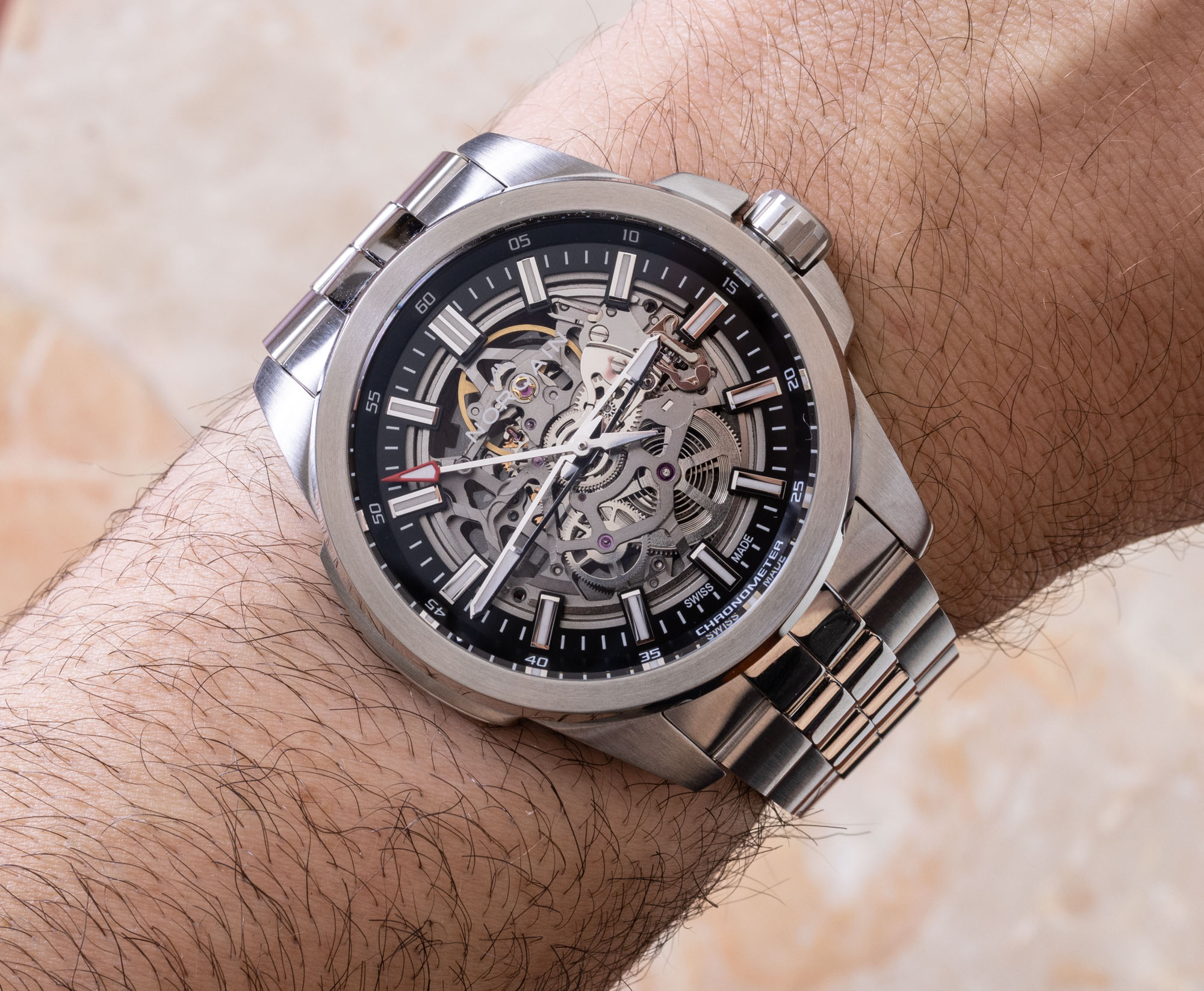 Retail availability plays a much larger role in watch collecting than it did even just several years ago. We now live in a world of waitlists and limited editions, where simply having the money to buy something isn’t always enough to guarantee that you will actually be able to own it. Norqain clearly sympathizes with the frustrations of many buyers, and firmly believes that genuine fans of the brand should be able to own their favorite models. Last year, Norqain launched its first-ever skeleton watch, which sold out within a single day and left many buyers slightly irked that they weren’t able to secure one. The new Norqain Independence 22 represents an evolution of the brand’s original skeleton watch, which swaps out the DLC finish of the original model for a stainless steel case that showcases three different types of finishing techniques. Best of all, unlike the original model that was created as a limited edition of just 100 pieces, there will be multiple batches of the Norqain Independence 22 produced to ensure that all interested buyers will be able to secure one. 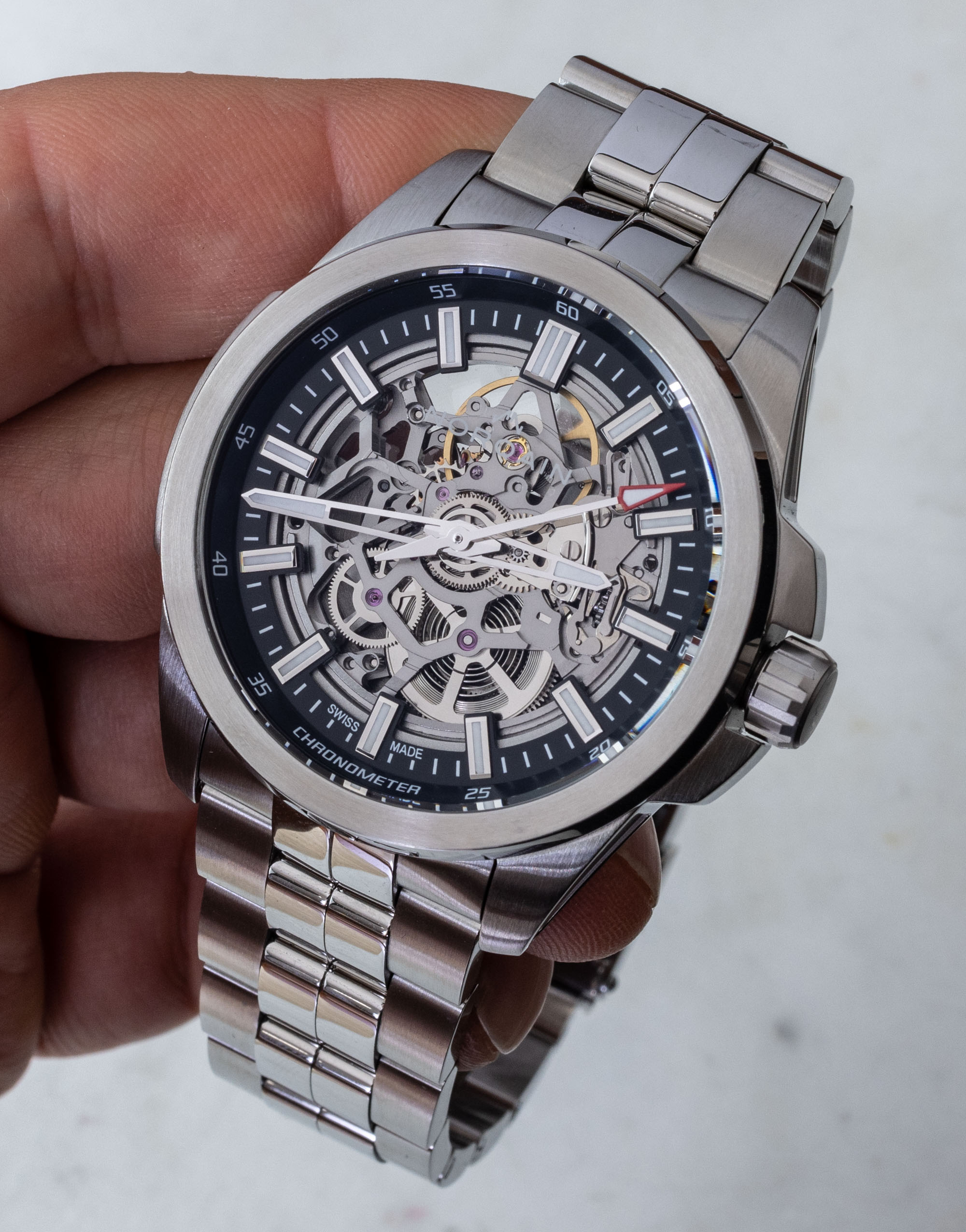 The 42mm case of the Norqain Independence 22 is shared with the rest of the brand’s Independence series and offers an angular take on a traditional sports watch format, measuring 11.8mm-thick with 22mm lugs and a lug-to-lug measurement of 48.75mm. Just like before, the case features shallow cut-outs along the sides of the lugs, which further compliment the dynamic lines of the watch to provide it with a distinct and modern appearance. Additionally, just as you would expect from a timepiece made by Norqain, the model also includes the brand’s signature plate on the left-hand side of the case that offers a dedicated and interchangeable space for personalized engravings.

While the inaugural skeleton model from last year featured a black DLC coating, the new Norqain Independence 22 skeleton watch includes a stainless steel case with brushed, polished, and sandblasted surfaces that further add dimension to its angular form. Sitting on top of the case is a simple chamfered smooth bezel that complements the lines of the watch and lends itself to a classic and versatile sports watch appearance. An anti-reflective box-shaped sapphire crystal protects the dial, while a screw-down sapphire caseback and a signed screw-down crown help provide the Norqain Independence 22 with a fairly-standard 100 meters of water resistance. 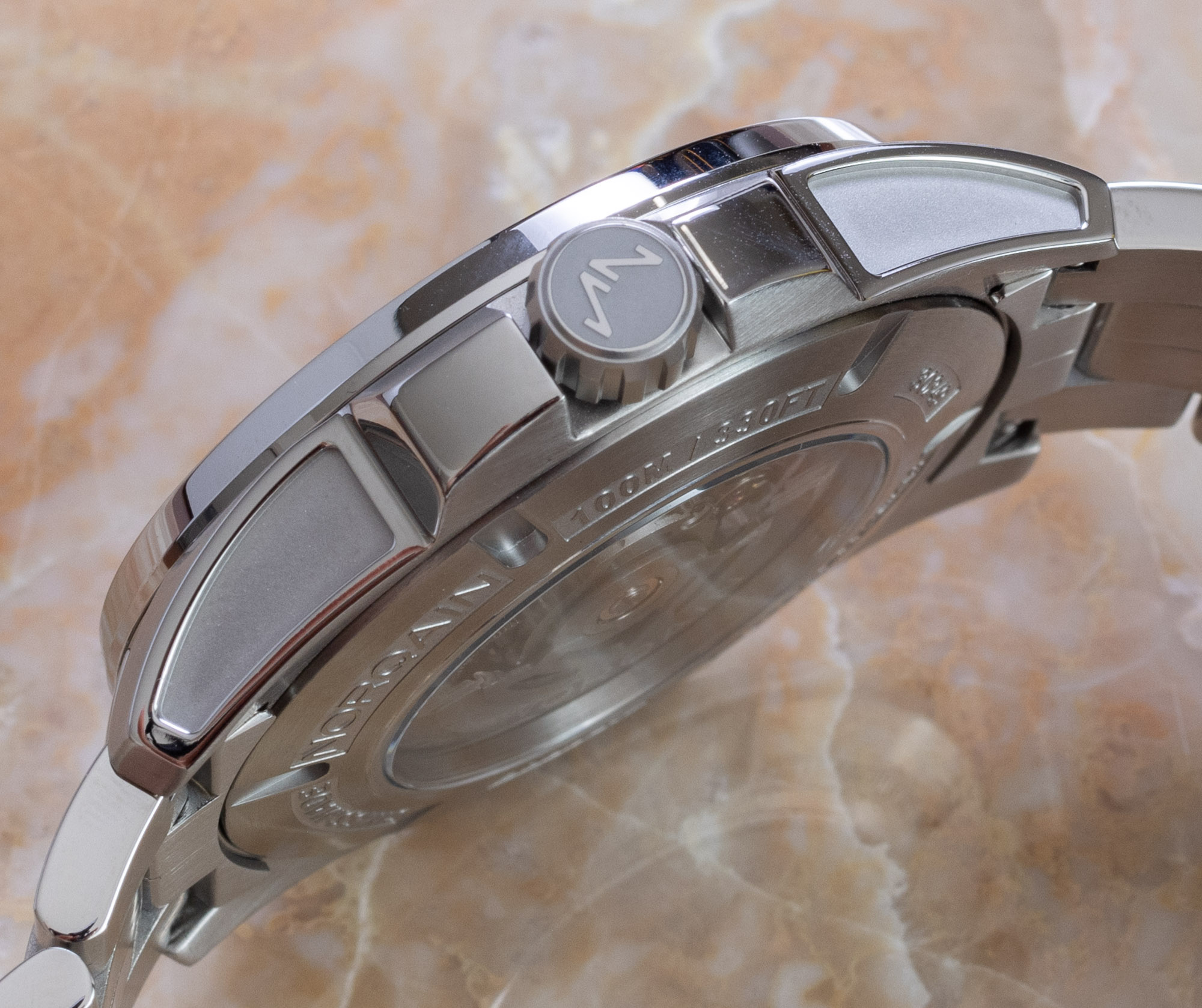 The single greatest defining feature of the Norqain Independence 22 is its skeletonized aesthetic, and just like most skeleton watches, the Independence 22 foregoes a traditional dial in order to display as much of its internal movement as possible. A black outer chapter ring contains the applied indices that are finished with C1 Super-LuminNova, while the center remains completely open to showcase the skeletonized movement within. The Norqain brand name is printed on the underside of the sapphire crystal, while minute markings every 5 minutes are printed along the edges of the Independence 22’s black rehaut.

Keeping consistent with the skeleton theme of the watch is a skeletonized handset that is similar to the style that can be found across the rest of the Norqain Independence range. Additionally, just like many of the other models from the Independence collection, including the original limited-edition skeletonized model from last year, the hands-on the Independence 22 are finished with C1 Super-LuminNova for low-light visibility, while the tip of the seconds hand appears in bright red for better contrast and a small dash of color.

Powering the Norqain Independence 22 is the brand’s Caliber NN08S, which is based on the Sellita SW200-1 S automatic skeleton movement. Despite being derived from a common third-party caliber, the movement inside the Independence 22 is COSC chronometer-certified and it also offers an innovative approach to its skeletonization, which allows it to offer greater shock resistance than traditional skeleton watches. In order to skeletonize a movement, material must be removed from the bridges and various other components, but this can often weaken the movement’s overall structure. The Norqain Cal. NN08S takes an architectural approach to its skeletonization and ensures that each mounting point is secured by at least two connecting arms for greater rigidity, impact resistance, and overall durability. 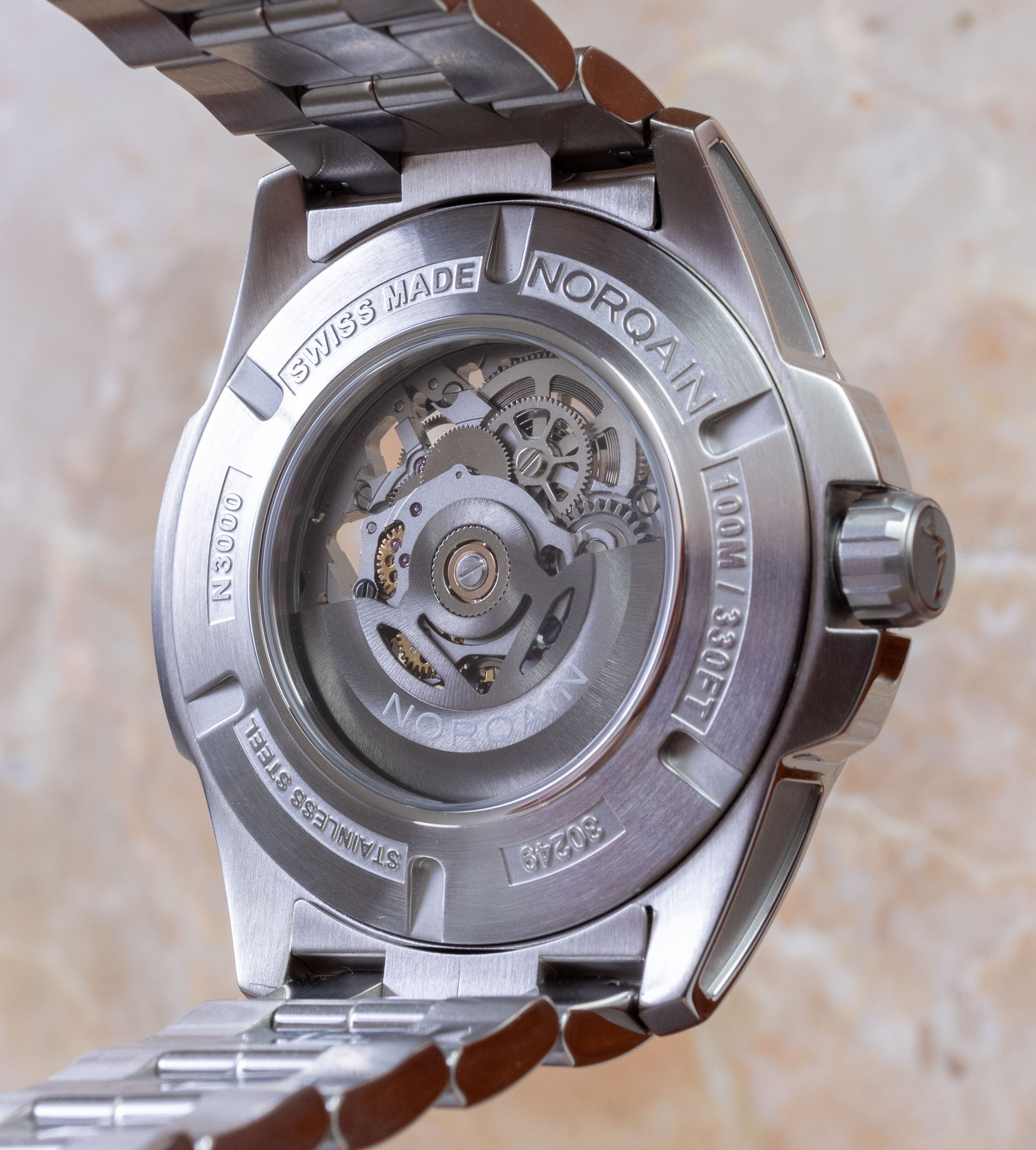 As it is based on the Sellita SW200-1 S, the Norqain Caliber NN08S movement beats at a frequency of 28,800vph and offers users a fairly standard 38-hour power reserve. Admittedly, this does represent a step down from the 70 hours of autonomy offered by the Kenissi-manufactured calibers that exist inside the non-skeleton version of the Norqain Independence; however, both movements are chronometer-certified and they should therefore offer similar overall timekeeping performance.

Additionally, as the skeletonized movement sits on full display through both the front and back sapphire crystals, it has been given a ruthenium plating for an elevated overall aesthetic, although the components themselves feature little decoration in terms of striping, perlage, or other traditional finishing techniques. Completing the Norqain Independence 22 is a solid-link stainless steel bracelet, which is the same style that can be found throughout the rest of the Independence range, featuring brushed outer links, polished center links, and a latching fold-over clasp. 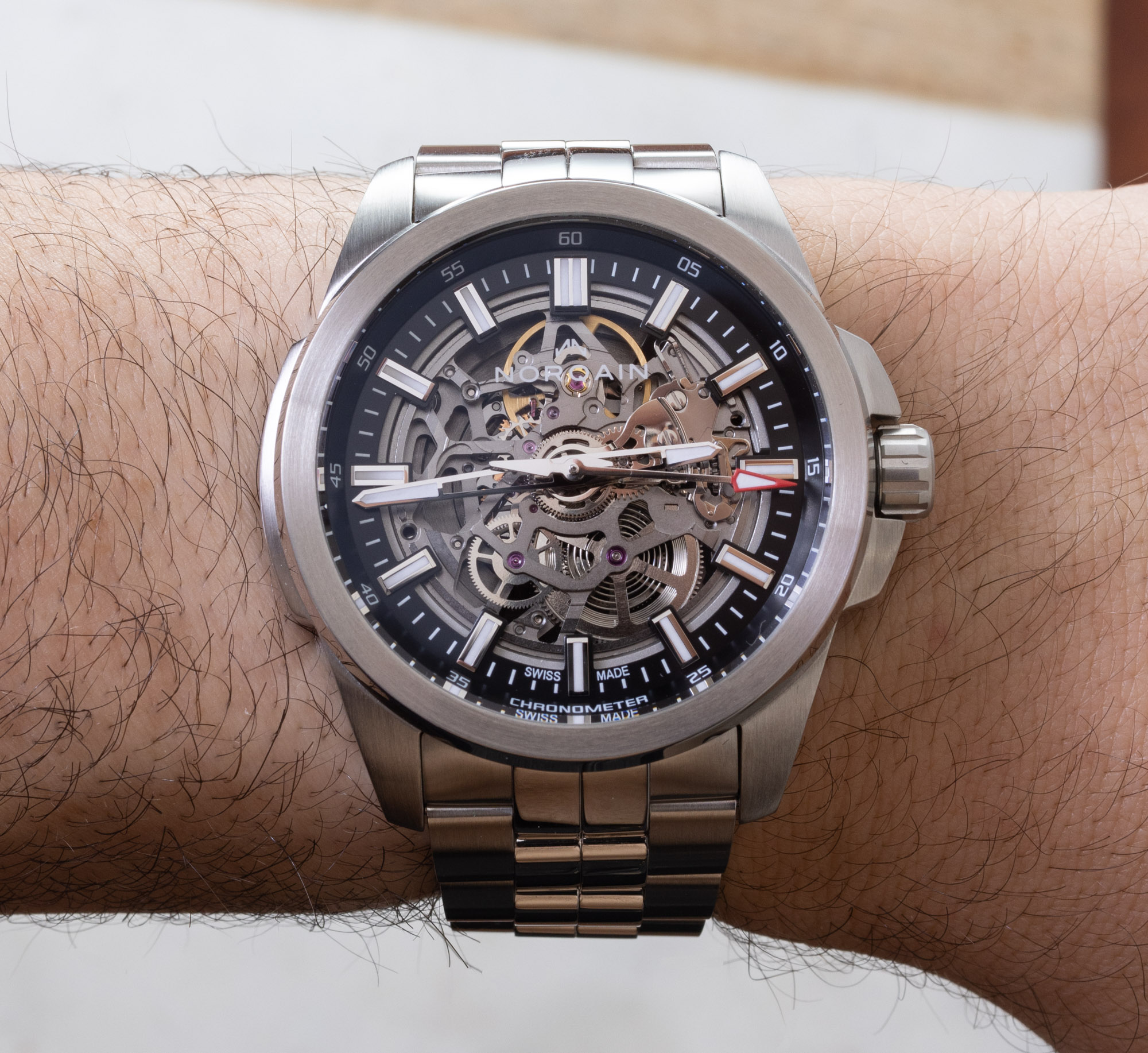 While the new Norqain Independence 22 skeleton watch is essentially the stainless steel version of the limited-edition black DLC model from last year, that is definitely not a bad thing. The Independence collection is consistently one of Norqain’s best-sellers, and all 100 pieces of the original limited-edition skeleton watch sold out within a single day. Norqain’s goal with the Independence 22 is to create a version of its fan-favorite skeleton model that can be purchased by anyone who wants one. The brand explicitly states that there will be an initial batch of 300 Independence 22 watches this year and that the model will continue to remain in production thereafter to ensure that any lovers who want one of Norqain’s skeletonized sports watches will actually be able to add one to their collections. At the time of launch, the Norqain Independence 22 will have an official retail price of CHF 3,790 and the model will be available online and through Norqain’s official retail network. For more information, please visit the brand’s website.