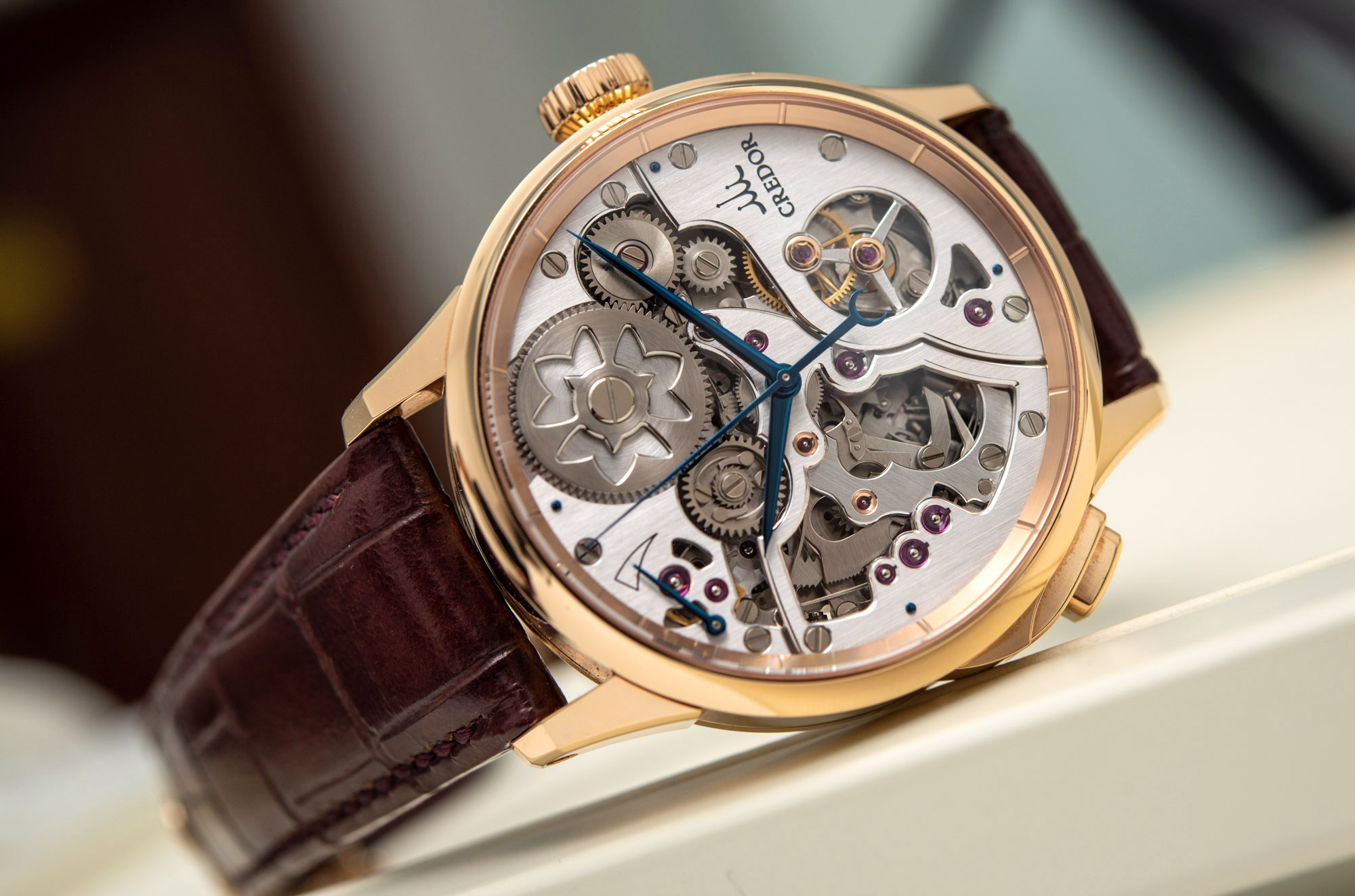 Recent years have seen Japanese watchmaking open up to the world like a unique flower opens its petals to amaze and attract the baffled hiker. The rarest and most precious of them all is called Credor — from the French crête d’or, meaning “crest of gold,” signifying the company’s commitment to always being the very best. To encounter any Credor out in the wild is special, but to see (and hear!) Seiko’s $400,000 Credor Spring Drive Decimal Minute Repeater is likely a once-in-a-lifetime opportunity since only between three and five examples are said to be made every year. 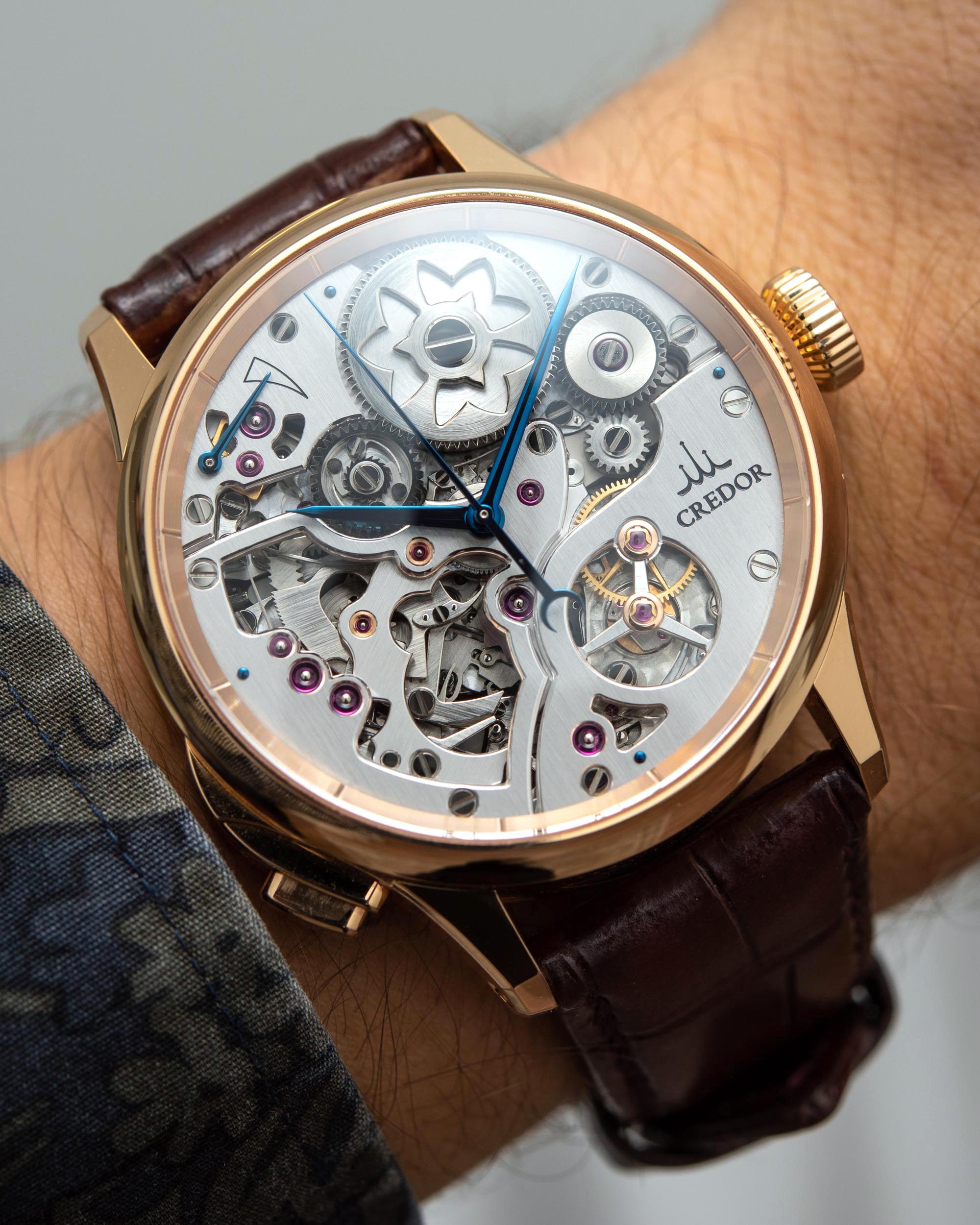 Perhaps not even a lifetime’s dedication would render one an expert on Nippon-koku’s approach to manufacturing: The way Japan has blended the traditional with the cutting-edge, the relaxed with the excitable, and the superb with the odd is incomparable to the approach taken by the — granted, no less talented — craftspeople from the rest of the world. And yet, one does not get to ask a Credor Minute Repeater to show up decades later than it does and it is right there, in the heat of the moment, that all of it is to be taken in — or at least an effort for this impossible feat to be made. 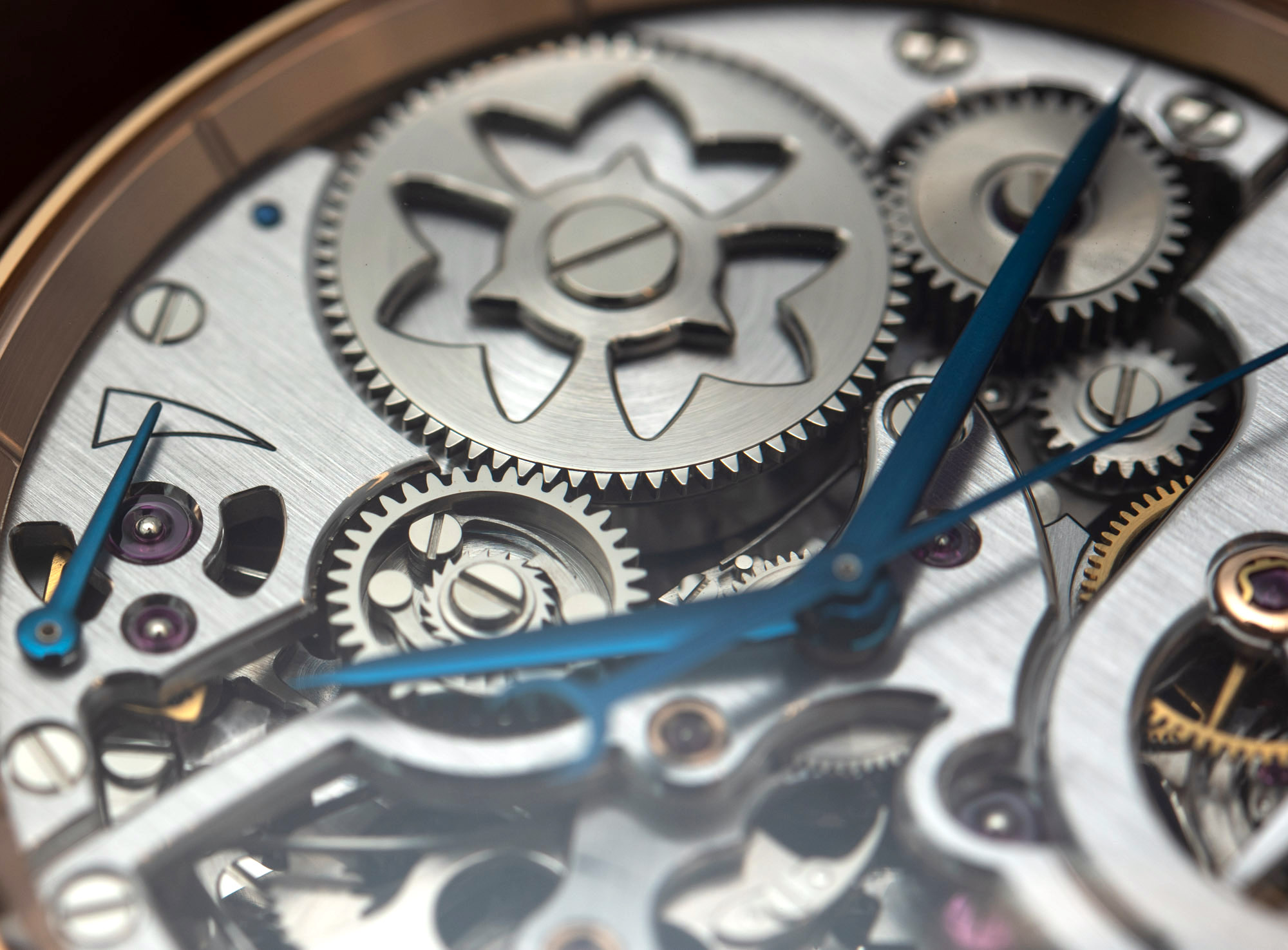 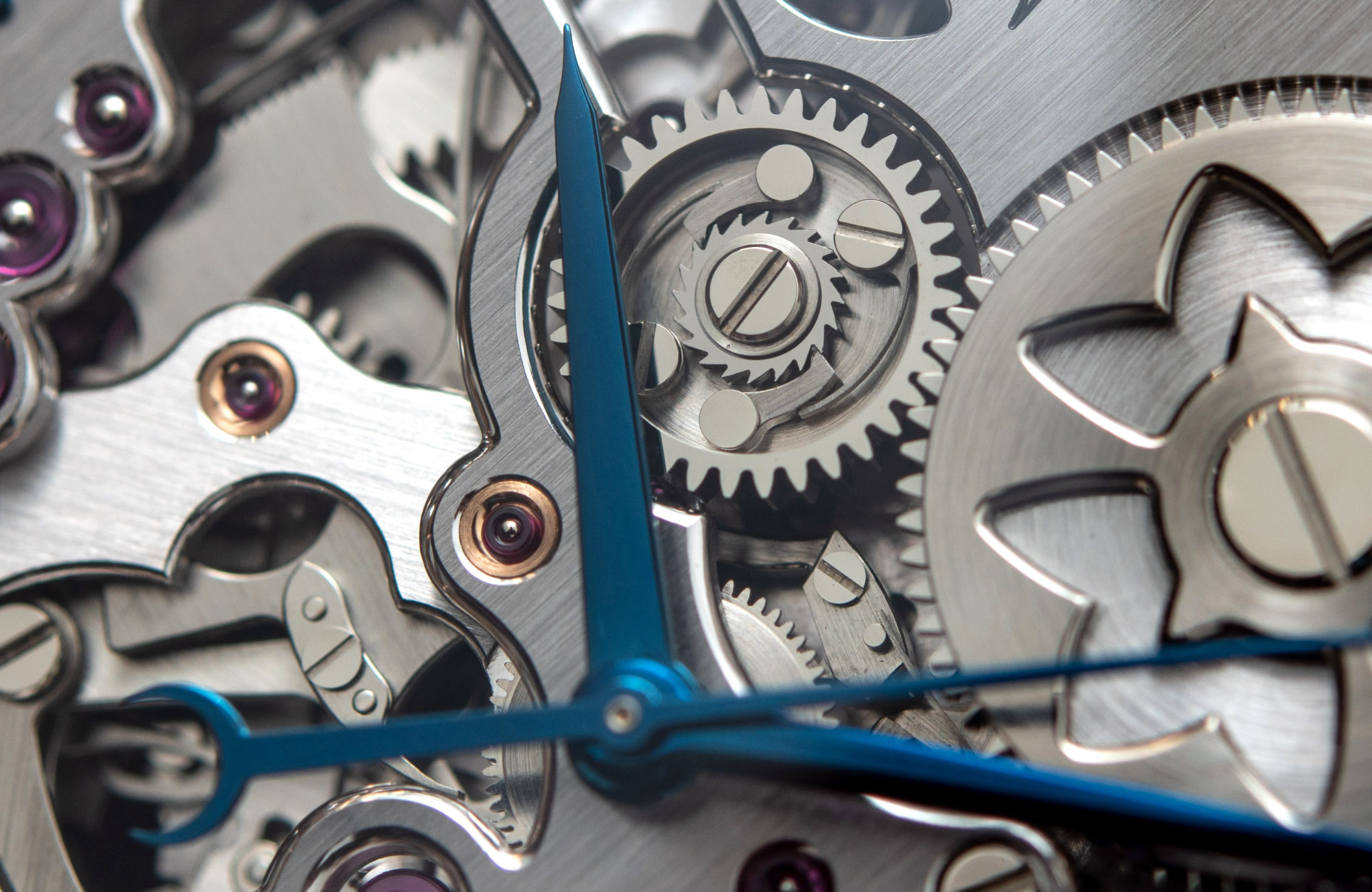 A quick glance is all it takes to realize that minute repeaters are some of the most overwhelming devices ever conceived. They radiate with complexity, not hinting at, but rather shoving into our faces the immense challenges these chiming timepieces must have put their makers through. No fewer than 660 parts and 112 jewels have been placed into the 36.6mm-wide, 7.8mm-thick Credor 7R11 caliber, all in an effort to allow it to run for 72 hours with incredible Spring Drive accuracy (+/- 15 seconds not per day, but per month), and to audibly tell the time using two hammers and two gongs, striking the time with the hours in low, tens of minutes in high-low, and minutes in high-pitched chimes. 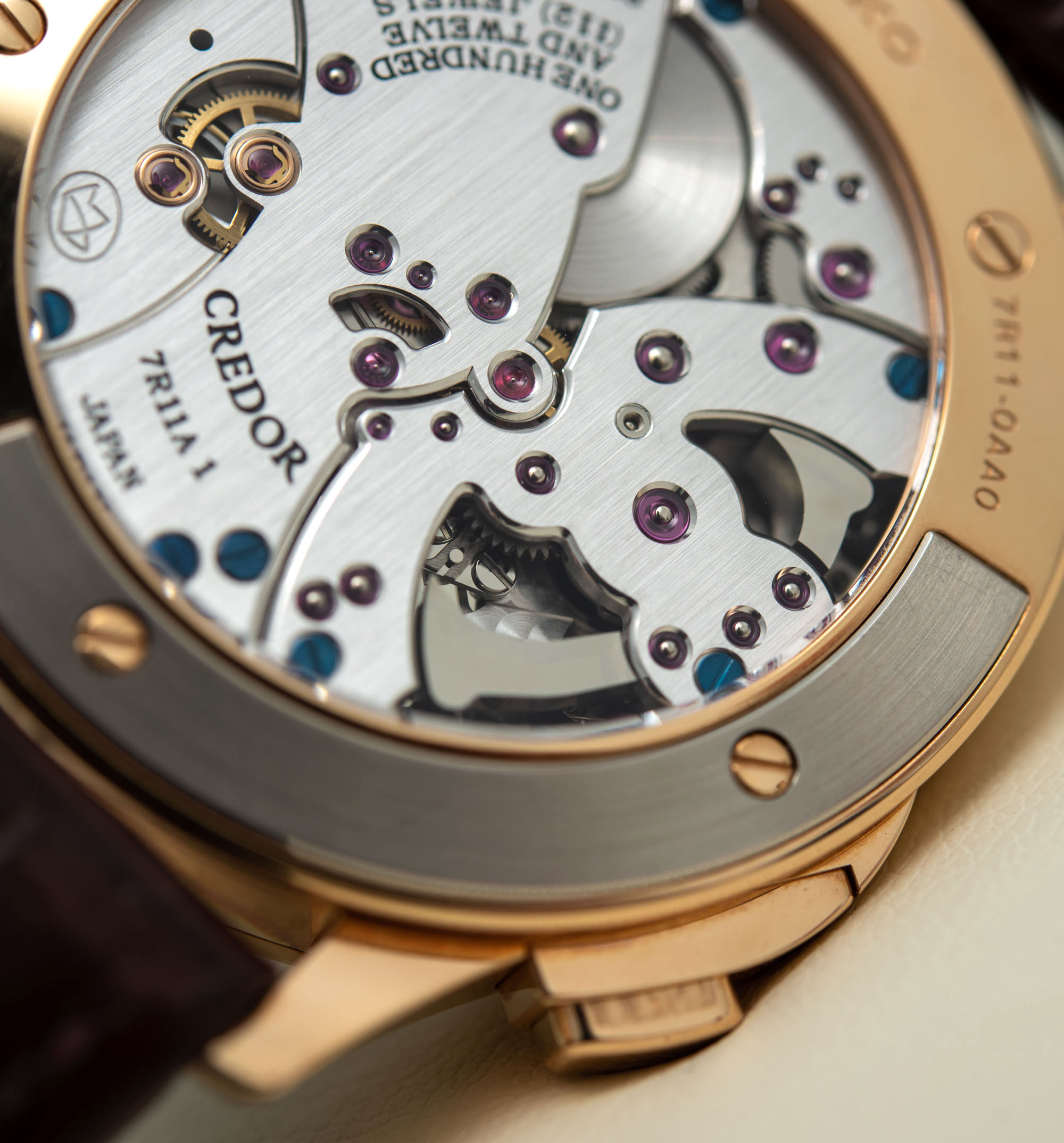 Spring Drive is the only mechanical (mainspring-powered) movement in the world to measure time silently and continuously, without ticking, serving as the ultimate base for a minute repeater. Chiming watches should be all about the beauty of their movement’s architecture and finishing and, of course, the crispness and volume of their sound. Although European watchmakers have been using a device called the “silent governor” — a constellation of components trusted with regulating the flow of torque from the power source to the chiming mechanism, normally creating a whirring sound that takes away from the chime. All those watches nevertheless used a traditional escapement system that tick-tocked away audibly, compromising the sound. By combining the silent governor that utilizes the viscosity of the air inside the case to act as an air brake and hence regulate the flow of power with the absolutely silent Spring Drive technology, the Credor Spring Drive Decimal Minute Repeater is all about the chime. 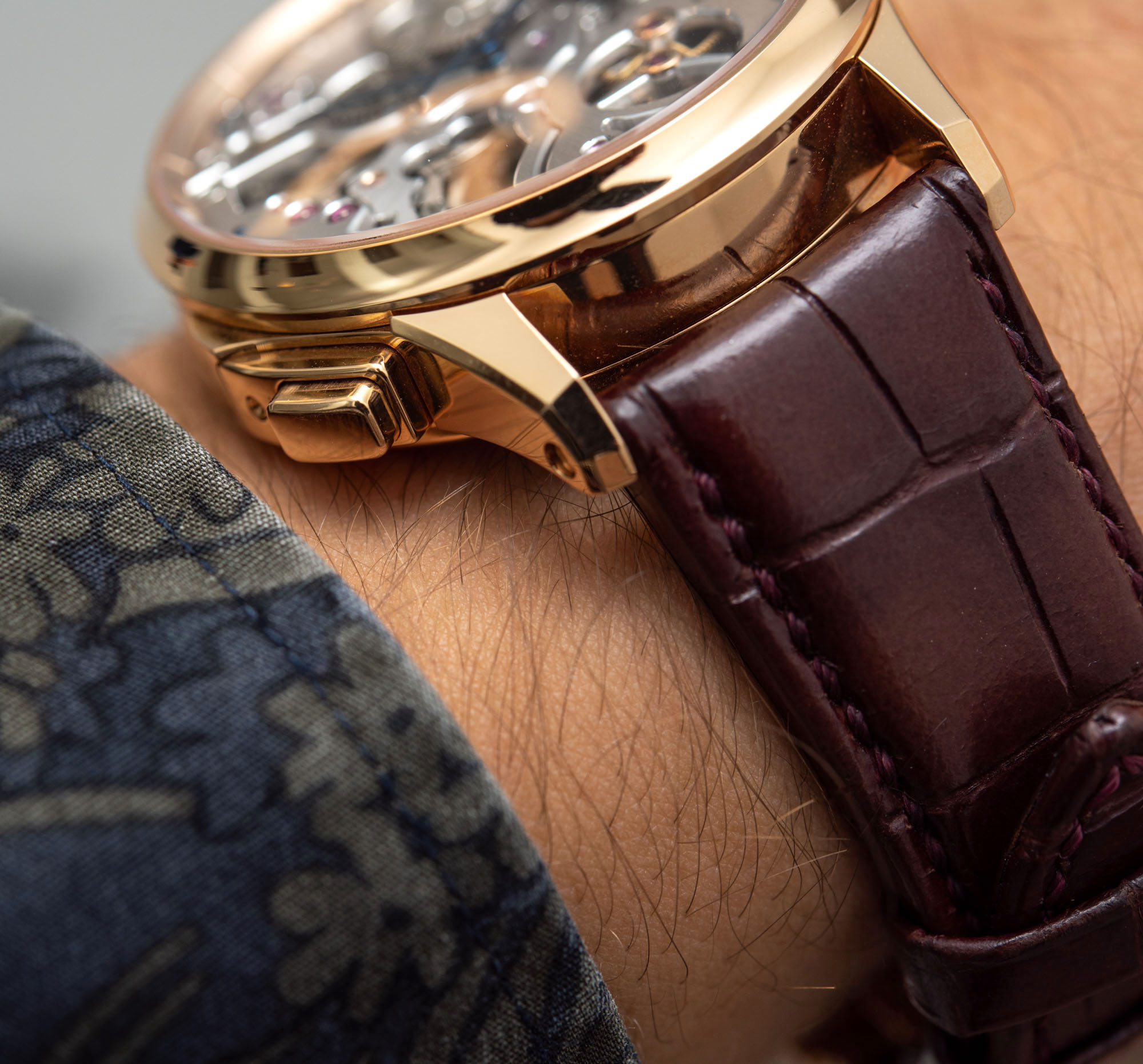 This is not to say that it is the loudest — far from it. Chopard’s incredibly loud L.U.C Full Strike takes the crown when it comes to both volume and strength of sound among minute repeaters because its hammers strike the front sapphire crystal itself, which then acts as a massive resonator facing the wearer. To be fair, Chopard’s watch debuted in 2016, and Credor’s GBLS998, as pictured here, has been with us since March 2011, in virtually unchanged form. 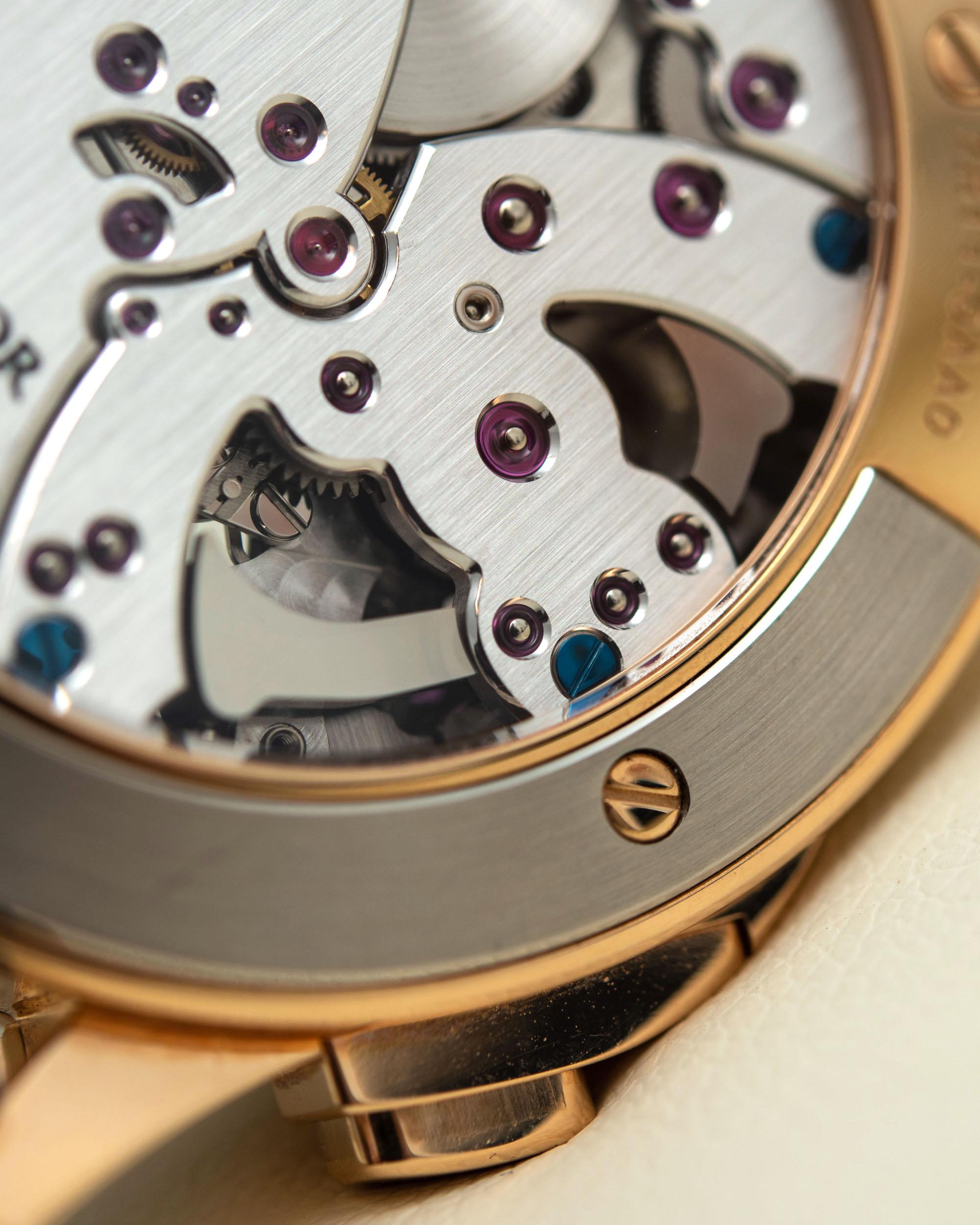 Credor pursued the “miracle of sound” in a different way, by seeking out the best master blacksmith in all of Japan. The Myochin family’s business is currently run by the 52nd (not a typo) generation, continuing a legacy of some 850 years in the trade. Once famous for its samurai armors, demand for which has died down since the Honorable Restoration (the Meiji Restoration) that returned practical imperial rule to Japan in 1868. For an unconventional video on Japan’s history, I’d recommend this one on YouTube. 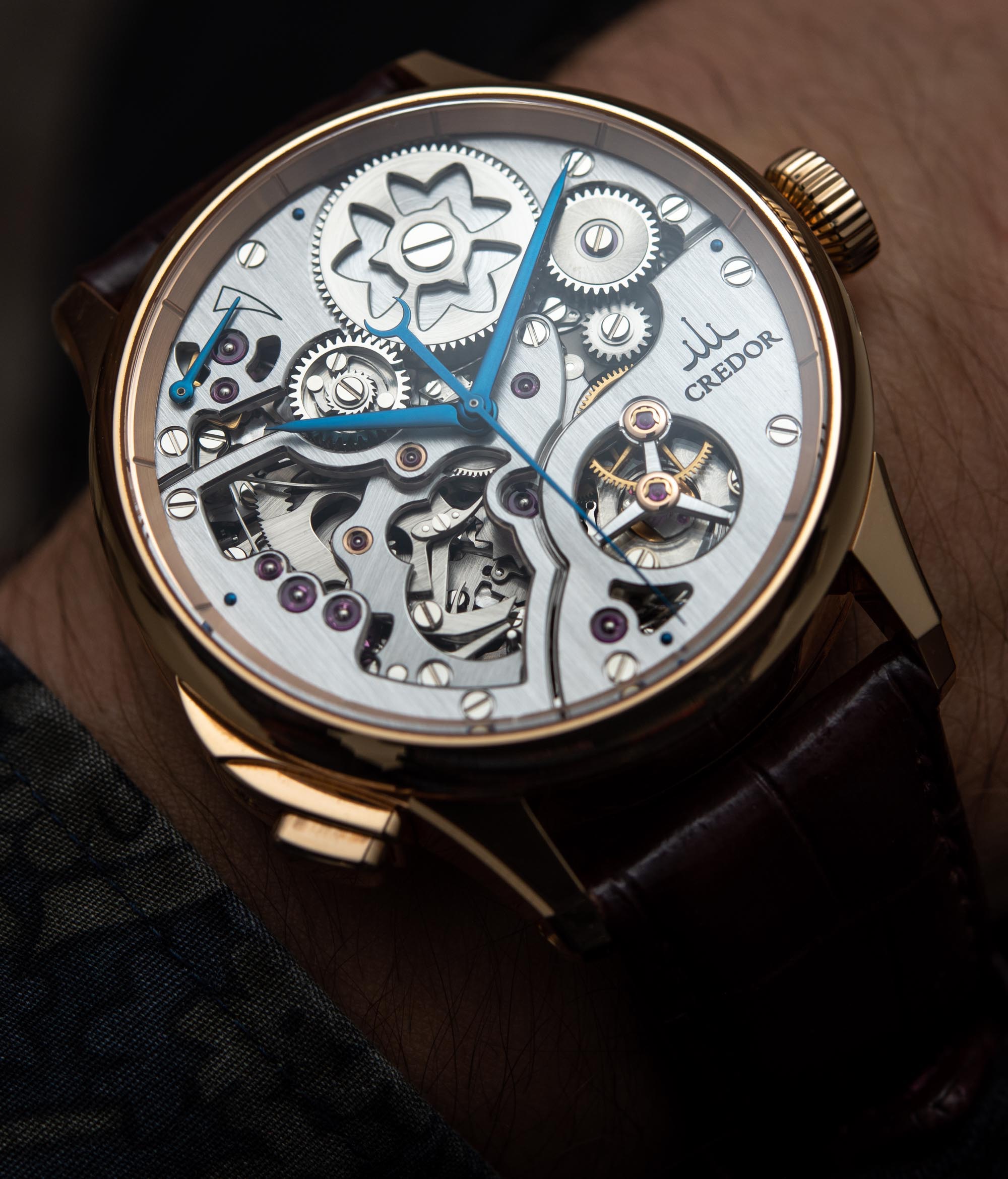 The Myochin family moved away from crafting armor and began to produce other items, such as iron tongs to handle hot coal in the then-common domestic fireplaces. The story goes that the family realized these tongs made a special chiming sound, which led them to make wind chimes — an “instrument” loved especially for its sweet sound. What a find, that is, for a dedicated Japanese watchmaker looking to find the perfect resonator for its ultra-high-end, zero-compromise minute repeater. And so it is Munemichi Myochin, from the 52nd generation of Myochin blacksmiths, who’s entrusted with forging the steel for the gongs of the Credor Spring Drive Decimal Minute Repeater. The resulting sound? Crisp and clean. 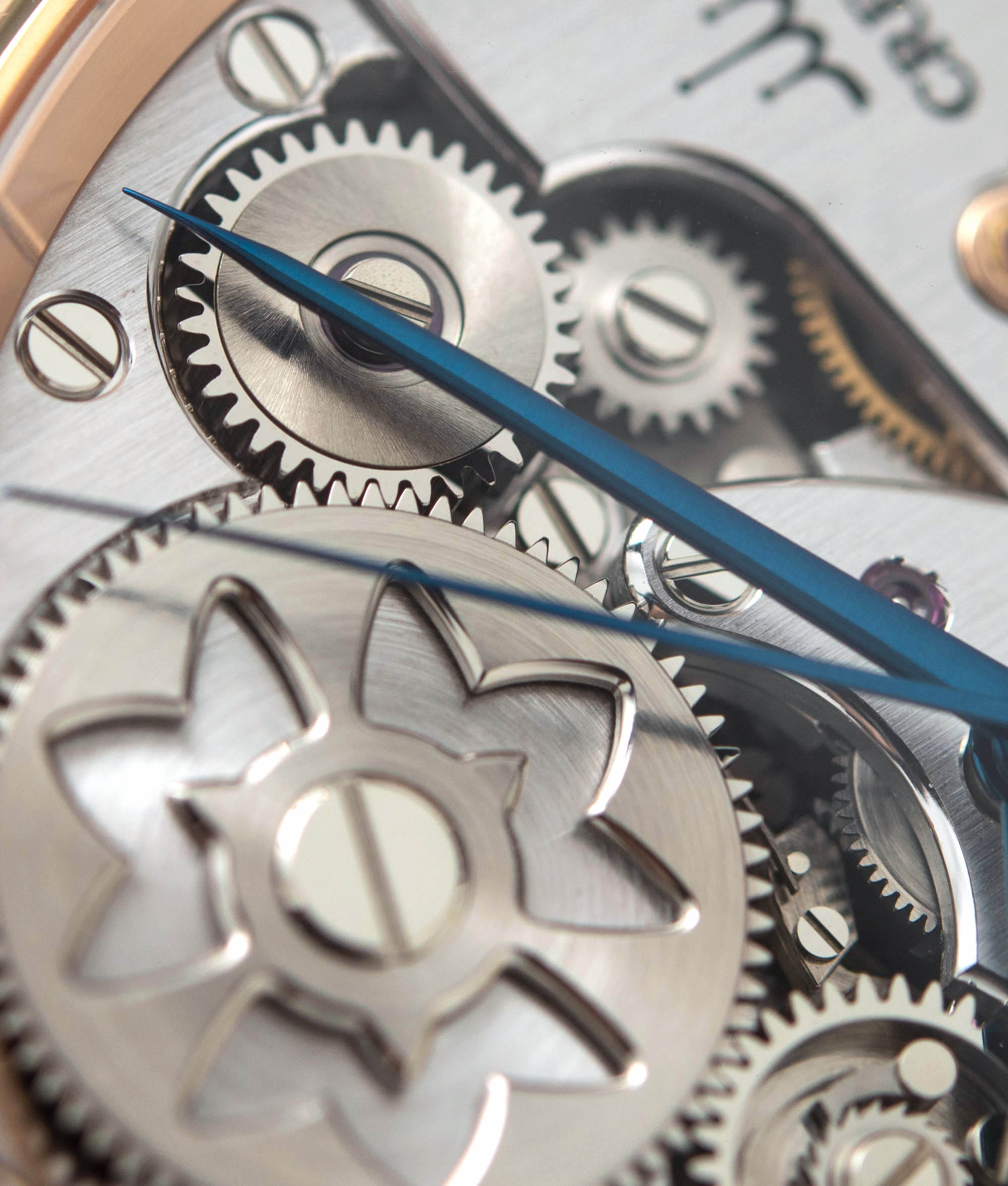 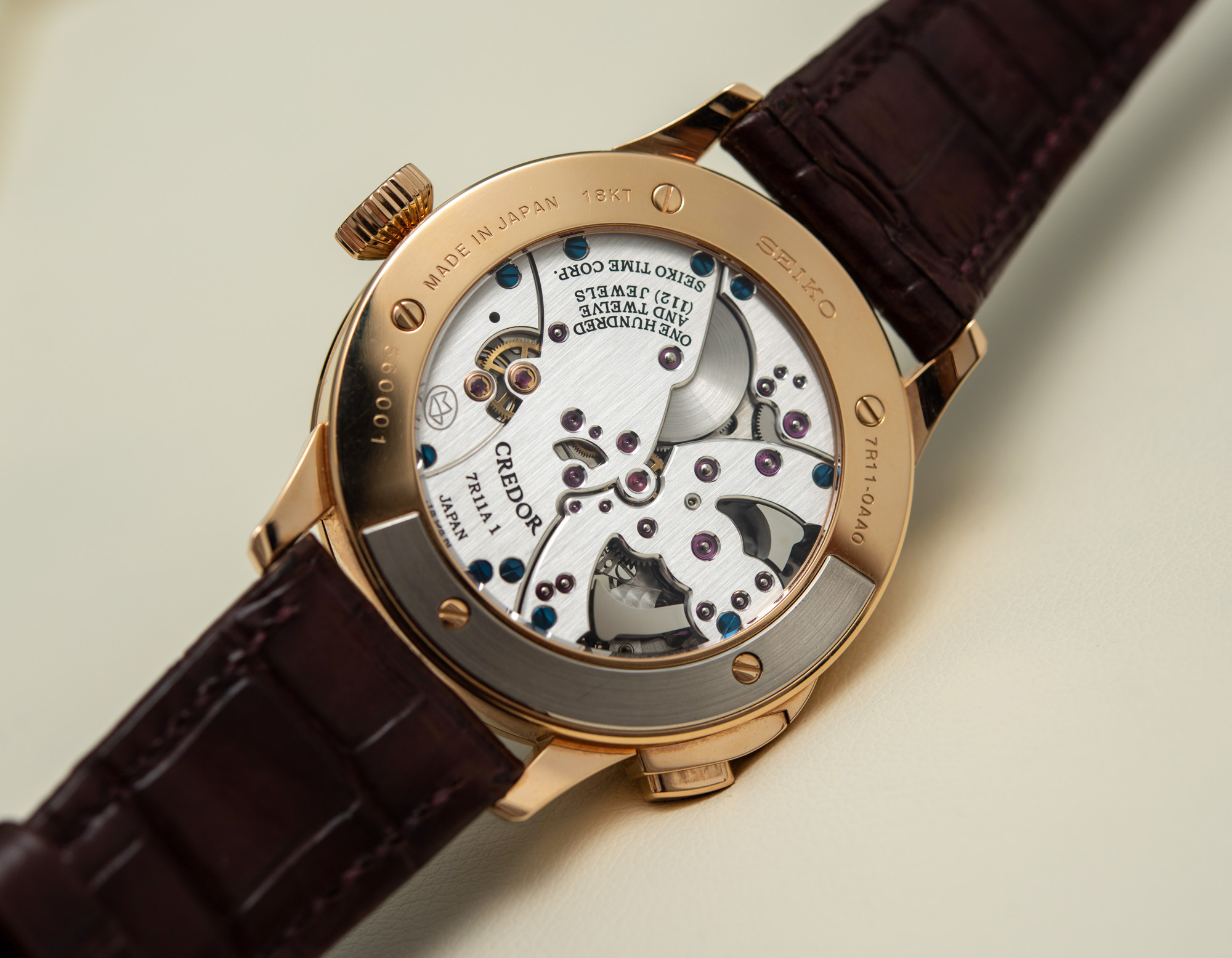 To further amplify their effect, the gongs are placed in a resonating chamber: The movement is within a stainless steel ring, and the gongs are wrapped around this ring from the outside. Each hammer strikes a pin set into this steel ring, which then contacts the gongs to create the high- and low-pitched sound. Sadly, the gongs are hidden by the wide caseback — which itself is in solid 18k gold, of course, with an additional plate secured by screws, added not to enhance the sound, but to serve as a canvas for personalized engravings. The hammers are fully exposed and mirror-polished, as they should be. 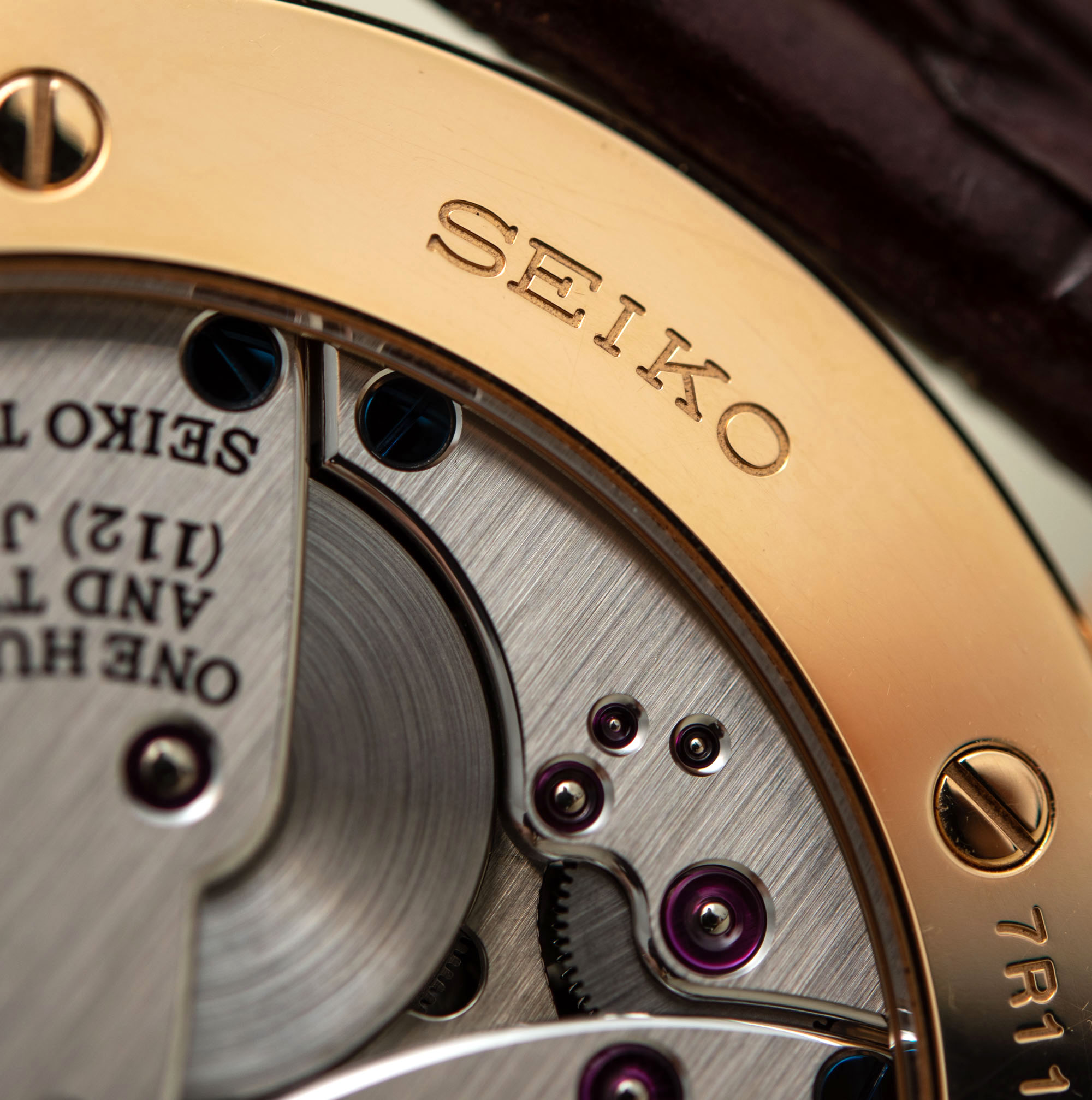 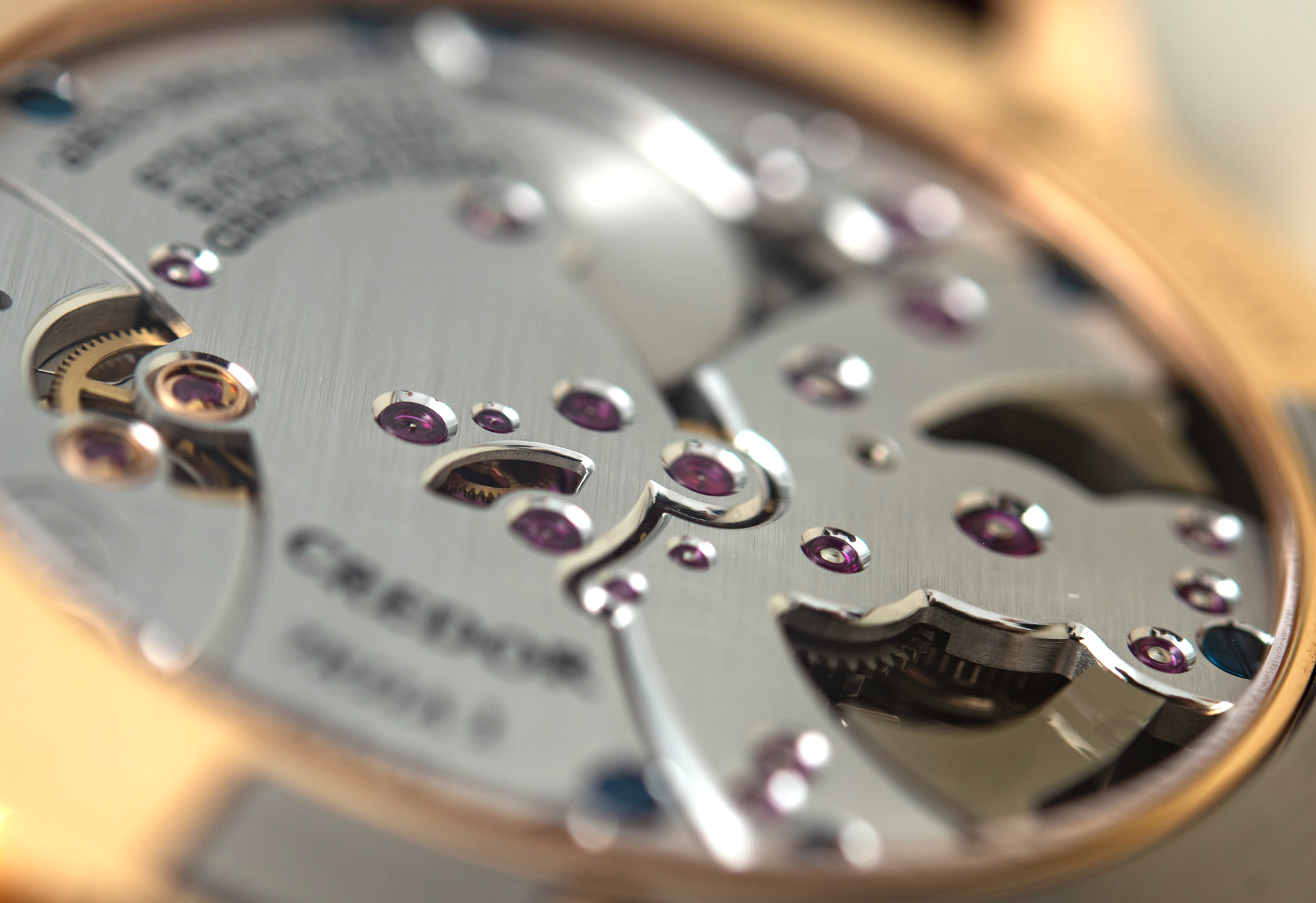 The caseback deserves a few more words. Just like on the front, no detail is left to chance (including the prominent and proud Seiko logo), everything is hand-adjusted, polished, and refined, as the $400,000 price tag demands. Its beveled edges are arguably not as drop-dead gorgeous as Philippe Dufour’s polished internal angles, although Mr. Dufour did advise Credor on movement finishing, and it shows — and its textures are not as impossibly special as those achieved by Romain Gauthier, but it’s perfect in a different way and on a different level. The consistency between the innumerable various edges is peerless: They are all so perfect that they appear to be machine-made. But there’s no forgetting the fact that they are all honed to perfection by some of the highest-skilled craftspeople, not just in the watch industry but in all of Japan and, hence, the world. 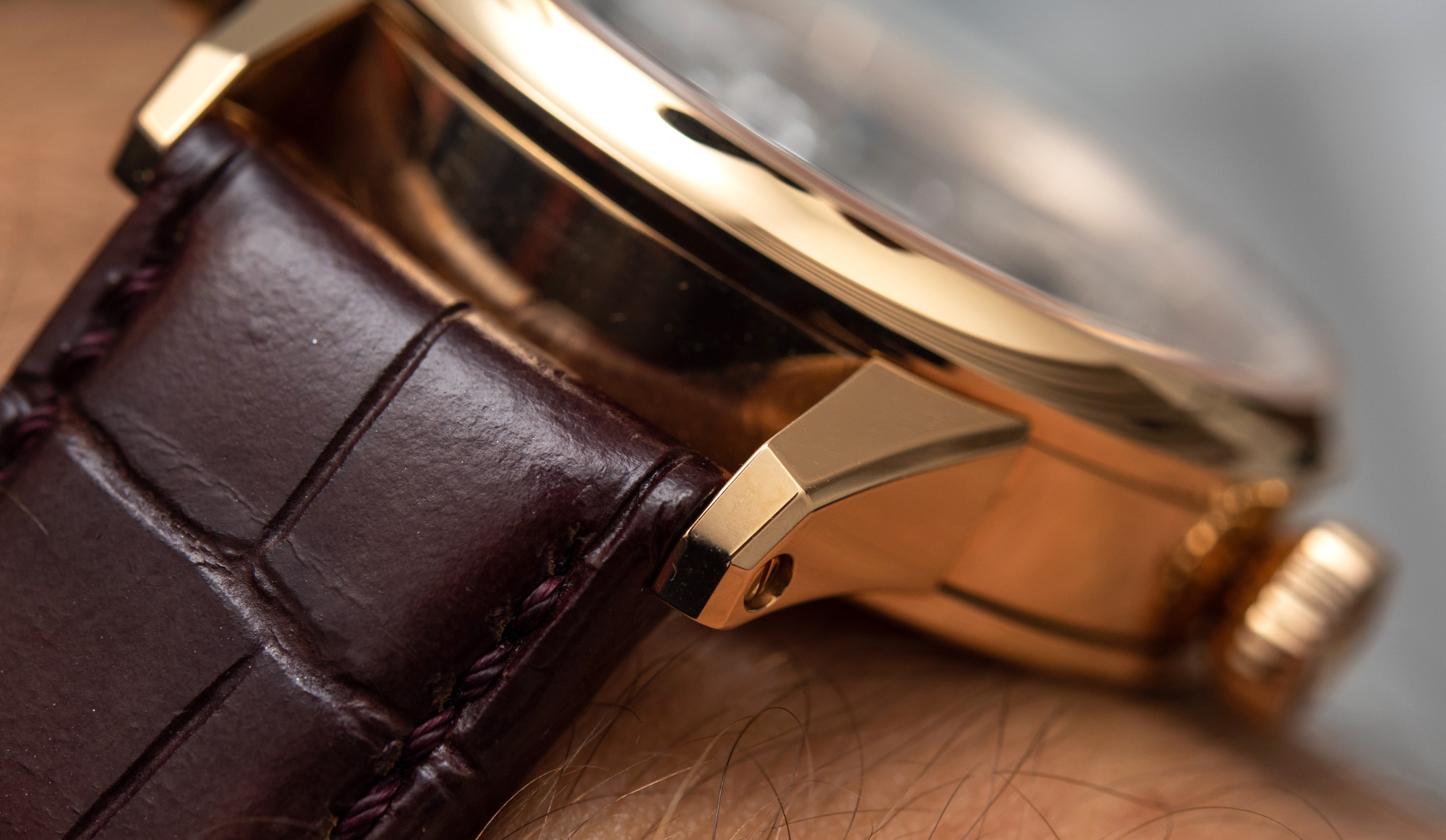 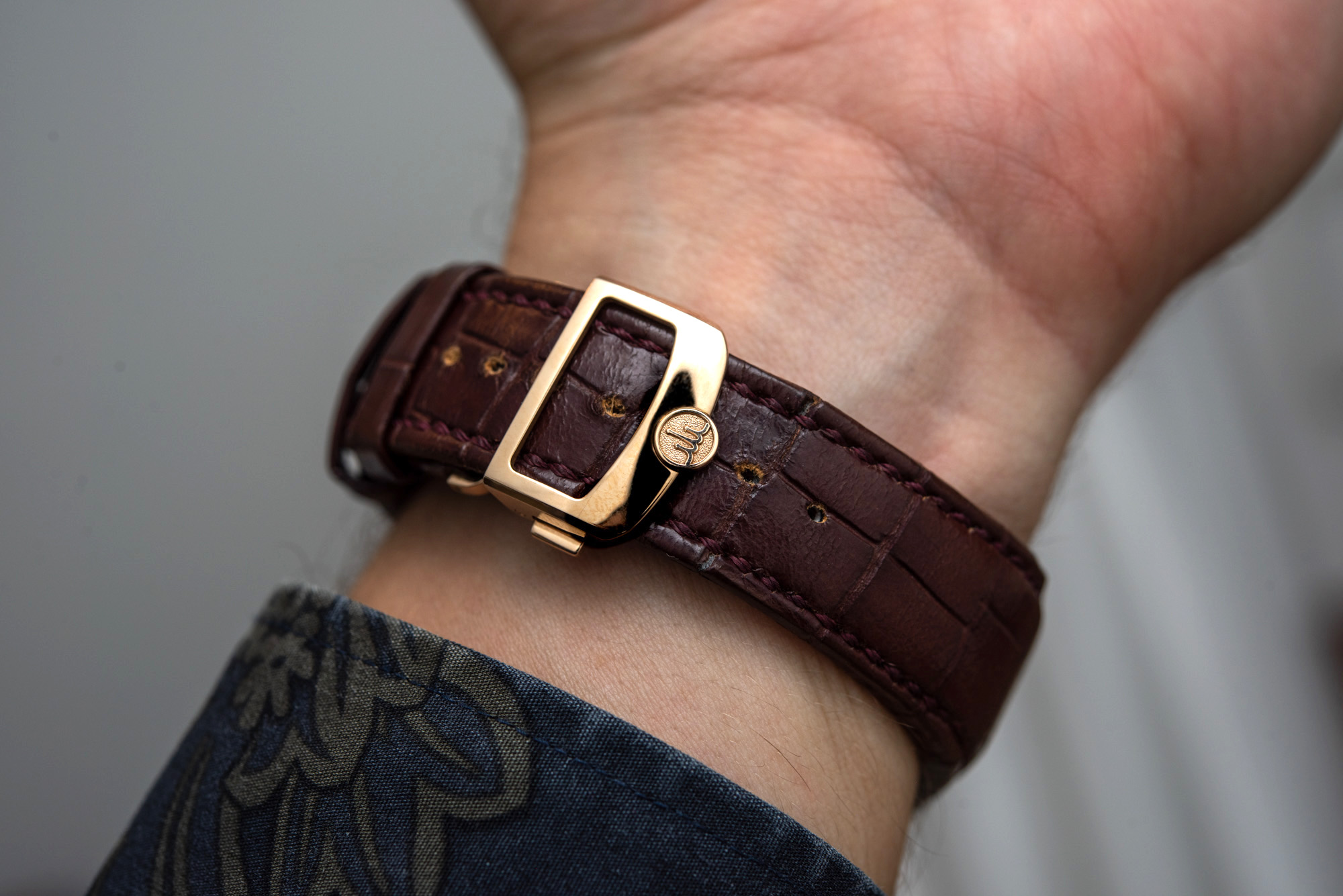 The watch industry is one of the best places to look for humanity’s finest efforts at chasing perfection because sheer beauty must be matched with outstanding performance and functionality — and both the minute repeater and the Spring Drive are two of the most challenging functions ever to be fitted to a wristwatch. The amount of time and effort that has gone into taking a 42.8mm-wide disc of gold and less than a handful of brass parts to the level displayed by the Credor Spring Drive Decimal Minute Repeater is impossible to convey in an article, or even in a coffee table book. 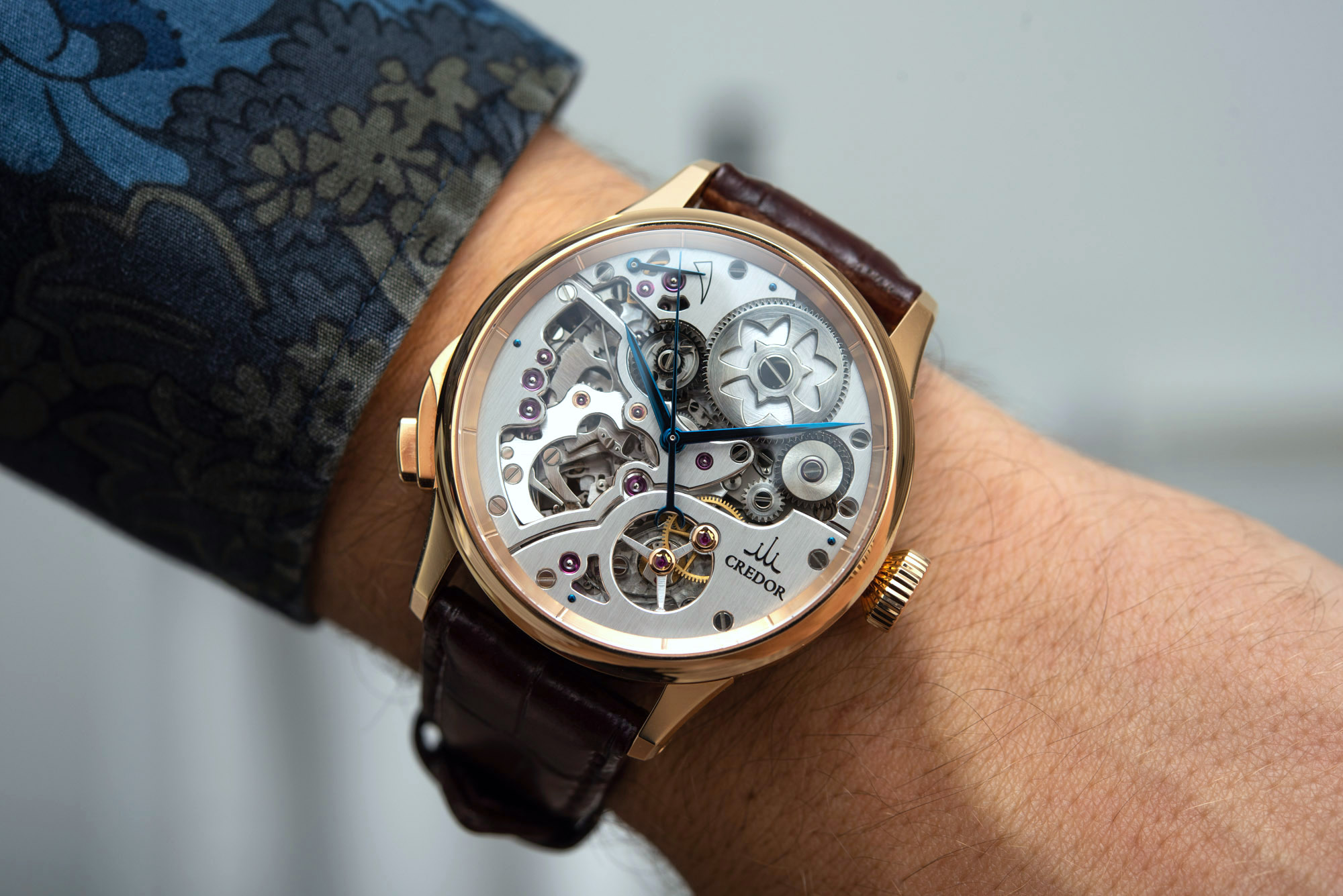 To own a slice of perfection is always a privilege, no matter how small — but this, it could be argued, is not a thick slice but rather a five-story wedding cake of perfection. Perhaps the most important feat attained by Credor here is the fact that it has created something that will take years of regular wear, exposure, thought and consideration to rub onto the wearer. It’s an overwhelming watch both in terms of functionality and execution — as well as price, admittedly.

The Credor Spring Drive Decimal Minute Repeater GBLS998 is priced at $400,000 USD and only a few pieces are made per year. To learn more, visit Credor’s website.