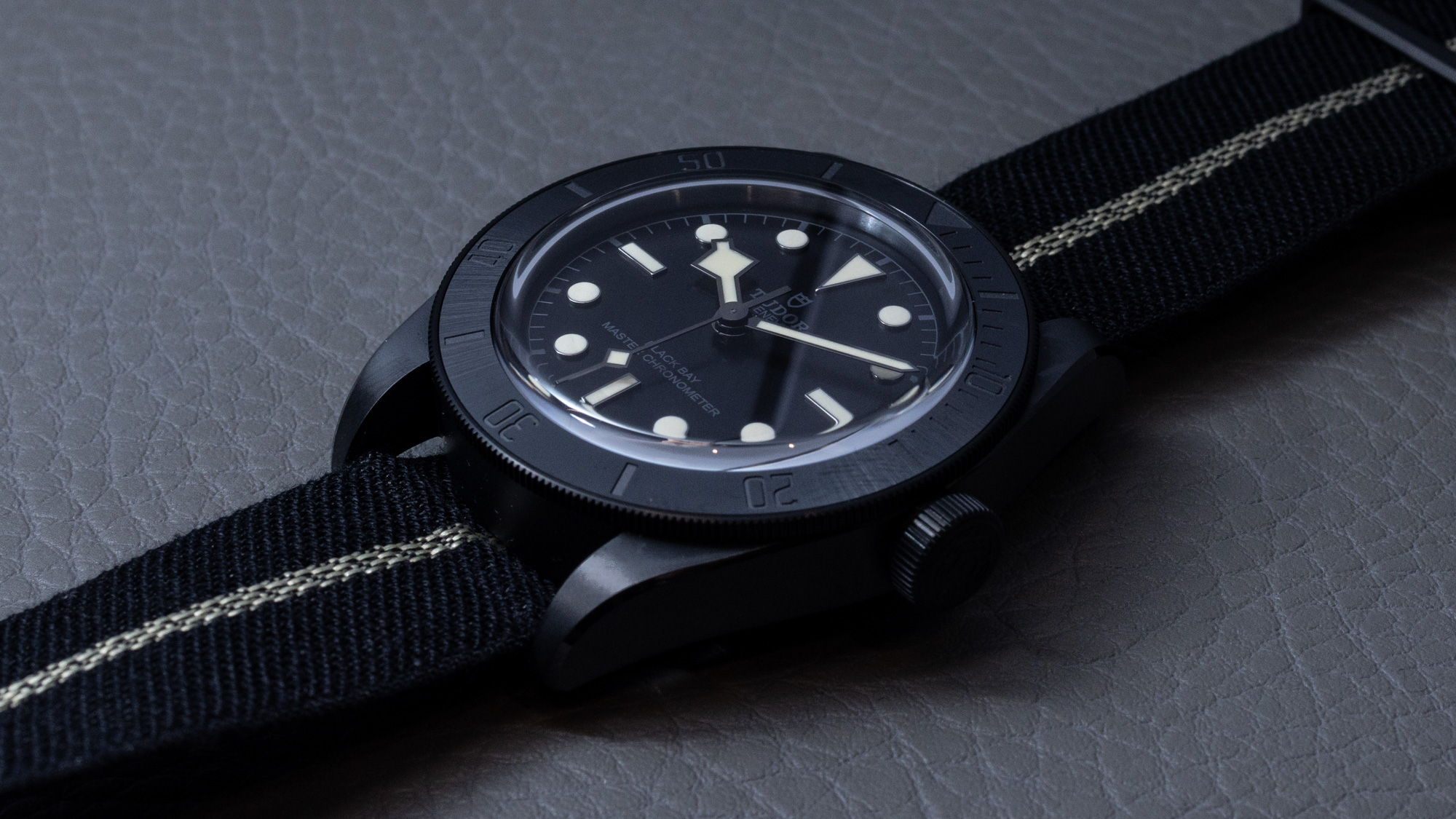 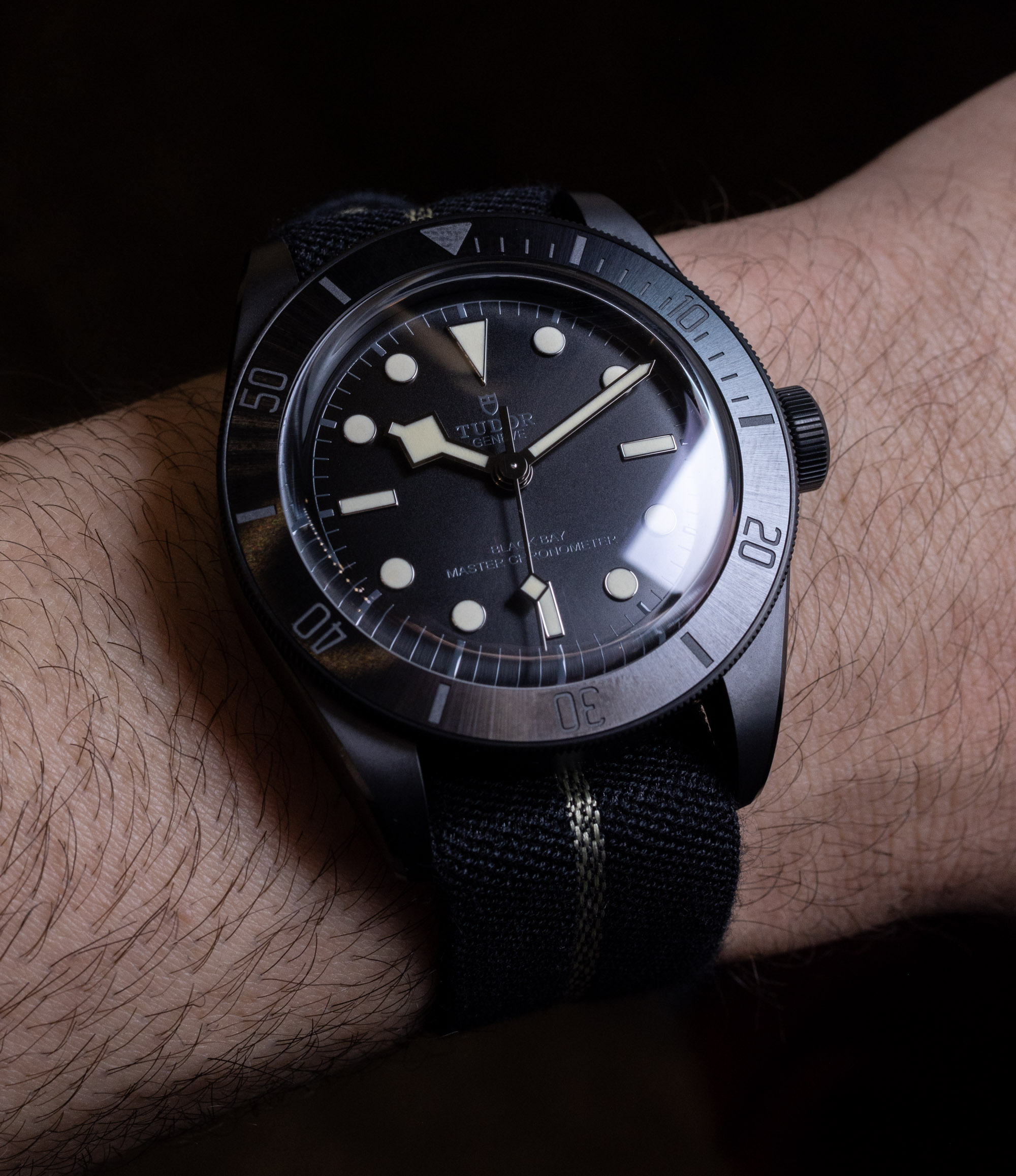 The most recent Tudor watch that I am excited about is the Tudor Black Bay Ceramic Master Chronometer (debuted on aBlogtoWatch here), which originally came out in 2021. Tudor released the Black Bay Ceramic Master Chronometer as a standalone product, not connected with the release of any other watches during the height of the pandemic. I didn’t get a chance to physically see the Tudor Black Bay Ceramic Master Chronometer until March 2022 in Switzerland, and it continues to be on my mind, especially as people get excited about other new Tudor timepieces. I think it is safe to say that Tudor (a sister company to Rolex) makes excellent tool watches, and the goal for enthusiasts is to find the piece that works for them given that Tudor price points aren’t cheap, but offer excellent value for the money.

I typically prefer the Pelagos over the Black Bay because I feel that the Pelagos is a more serious modern diver’s watch and tool timepiece given some special features it has, such as the spring-loaded bracelet deployant and the titanium case construction. The Black Bay has been more of a fashion play, riding on the popularity of vintage-styled military and diving watches, and offering something intended for casual wear and newcomers to the watch-collecting hobby. The Black Bay Ceramic Master Chronometer is a bit different, however, because it pushes the Black Bay way more into the tool watch department — and is also the first ceramic-cased diver’s watch from Tudor, offering water resistance of 200 meters. Tudor isn’t being particularly novel here, as competitor companies such as Omega have had ceramic-cased diving watches for a while, but the Black Bay Ceramic is nevertheless very pleasing (even if it is trendy). 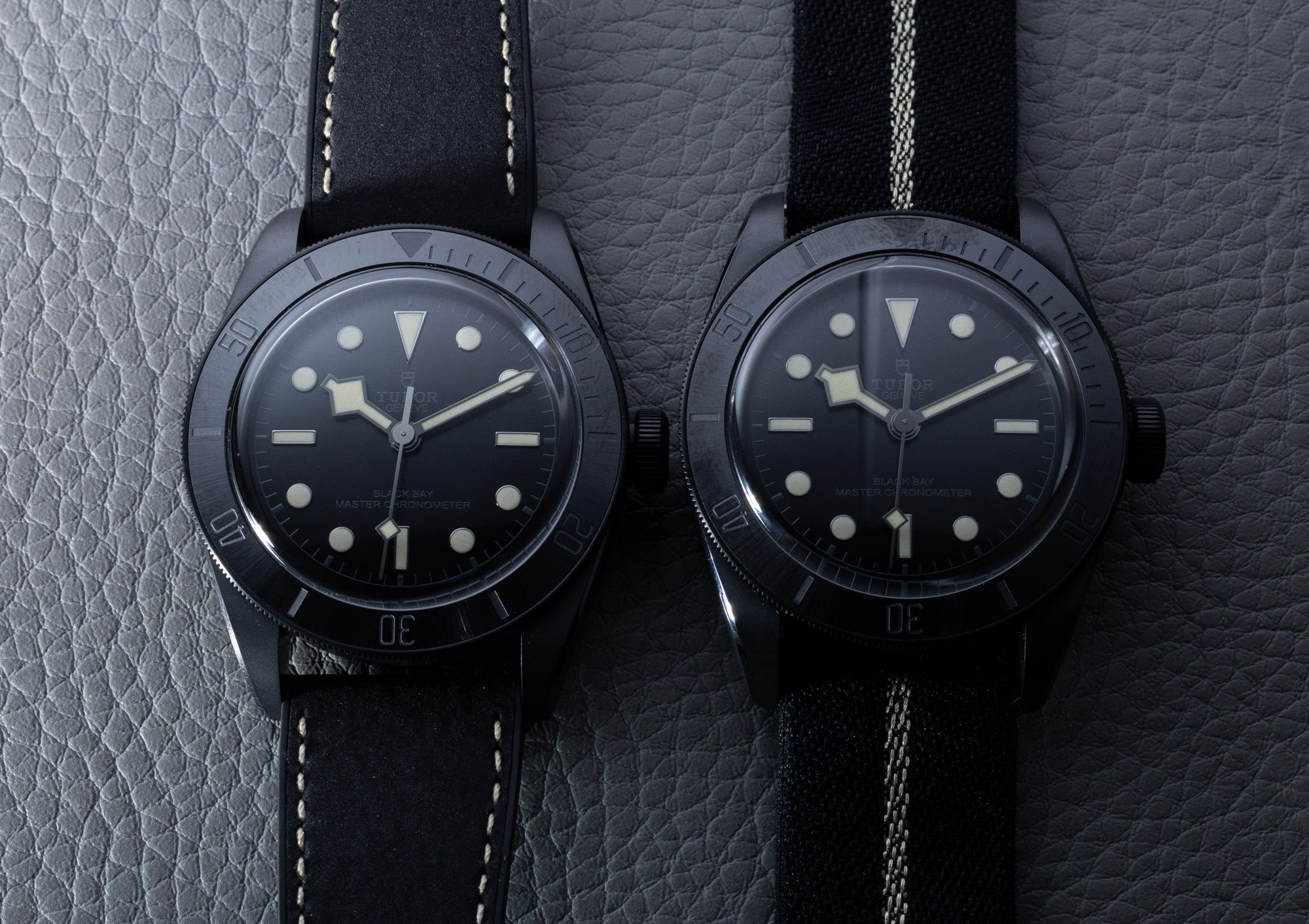 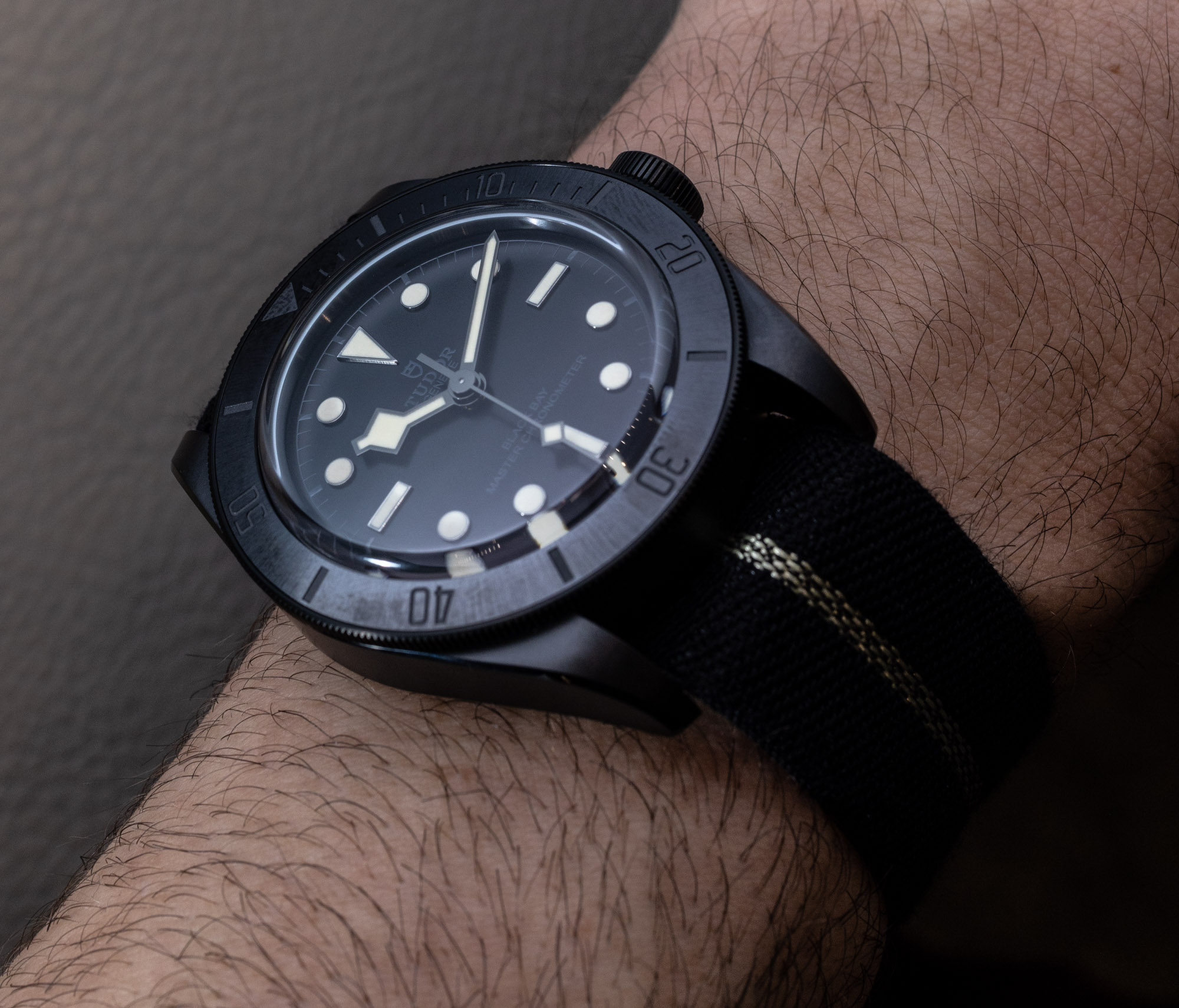 In addition to offering a black ceramic case (versus the standard steel), the Black Bay Ceramic contains a movement that has been certified as a Master Chronometer. Isn’t “Master Chronometer” an Omega product designation? Yes, but it isn’t a term that only applies to Omega. Let’s go back to 2014 when aBlogtoWatch went to Omega to view its new “METAS” testing and assembly line. METAS is a set of watchmaking standards and performance that Omega worked on with the Swiss Government. The goal was to establish a new standard, as opposed to something proprietary to Omega. That meant any company could produce its own METAS-compliant watches that could be certified as “Master Chronometers.” To my knowledge, Tudor is the only company other than Omega that, at this time, produces a Master Chronometer product. The move is slightly tongue-in-cheek, as well, because Omega is known to regularly “emulate” marketing and product decisions made by Rolex, and here we see a limb from Rolex now adopting something that is often thought of as coming from Omega. 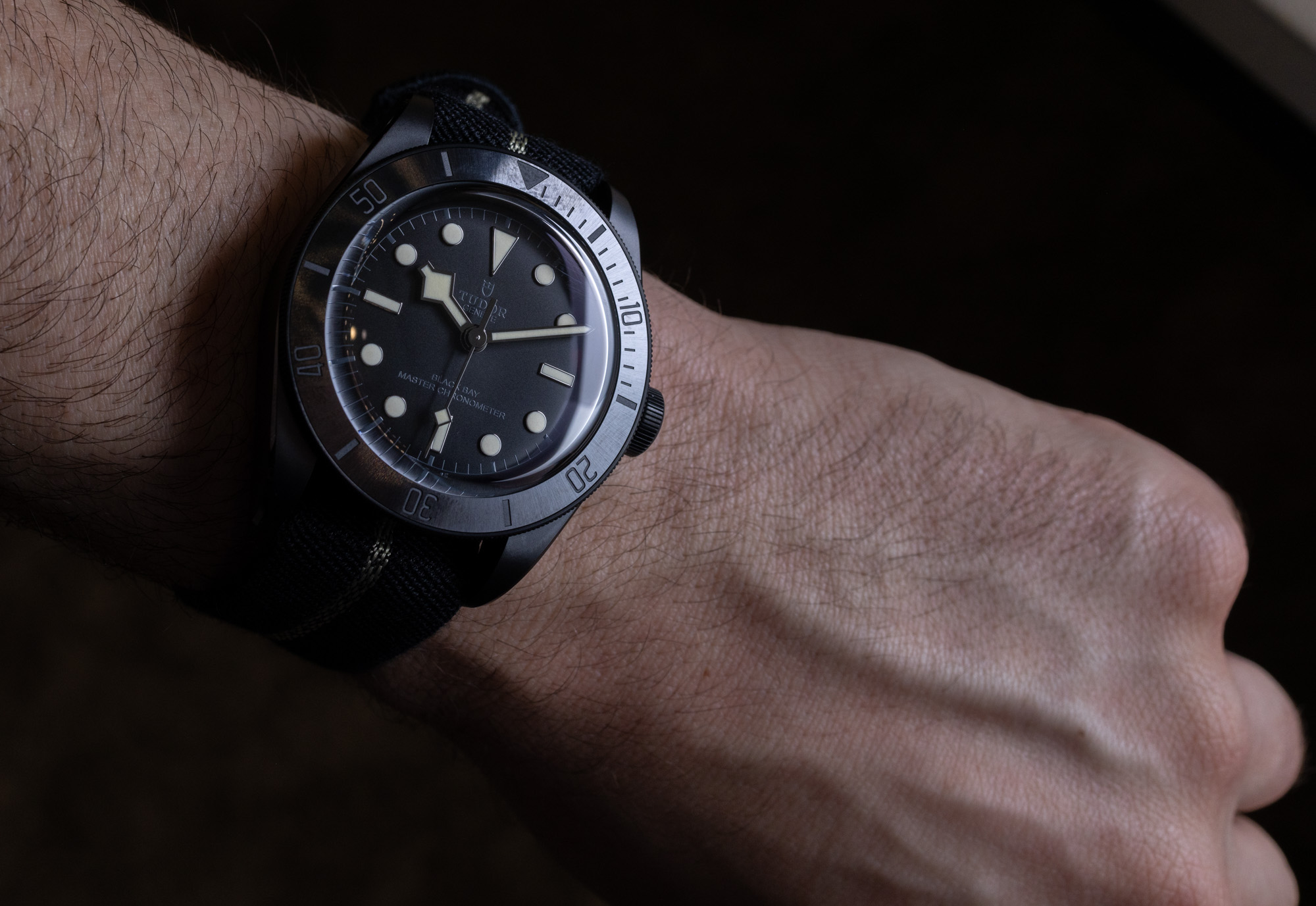 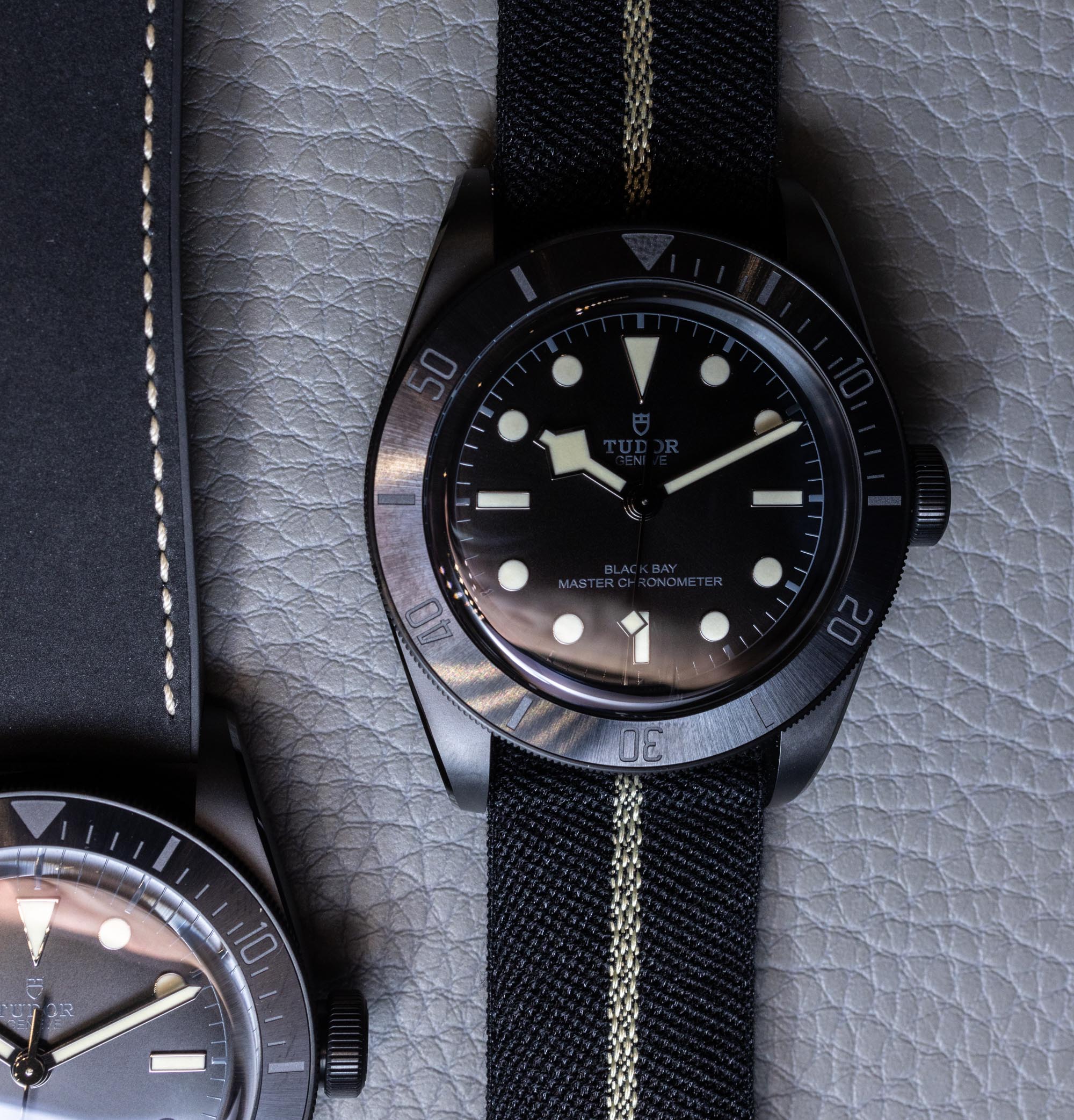 As of right now, this reference M79210CNU-0001 is the only Tudor watch to be a certified Master Chronometer, and I think that is pretty cool. The watch itself offers a dark and masculine version of the 41mm-wide Black Bay with a mostlynblack color scheme that marries the brushed ceramic case with a matching ceramic bezel and slightly glossy dial. The hour markers and hands are given an off-white tone, which I find visually attractive, and the overall vintage diving watch profile of the Black Bay continues to be fashionably versatile and classic in feel. I also happen to like the particular way that ceramic cases play with light, as opposed to coated metal, for example, which is a bit more playful given that even an all-black watch reflects some light. The dial is totally clean, offering no date window and the symmetry that enthusiasts tend to prefer.

The caseback of the watch is in black-coated steel (versus ceramic), but that is common for threaded parts that do not render in ceramic. You are supposed to be able to see the movement through a sapphire crystal caseback, but it depends on the strap you use since the NATO-style strap covers the caseback. Tudor actually includes two straps with the Black Bay Ceramic Master Chronometer. In addition to the nylon strap, a “hybrid” rubber and leather strap on a folding metal deployant clasp is included. I prefer the nylon strap for comfort. 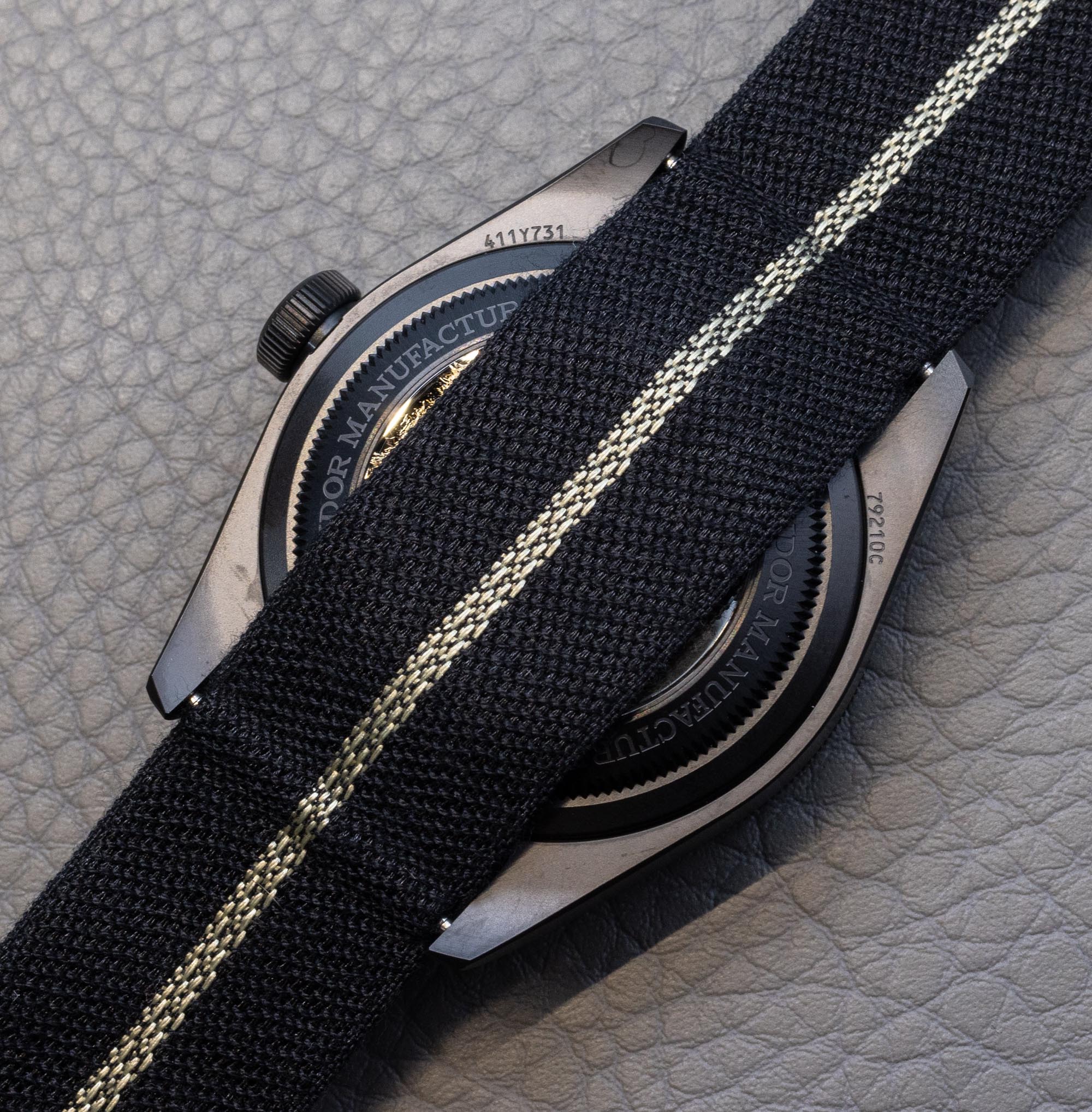 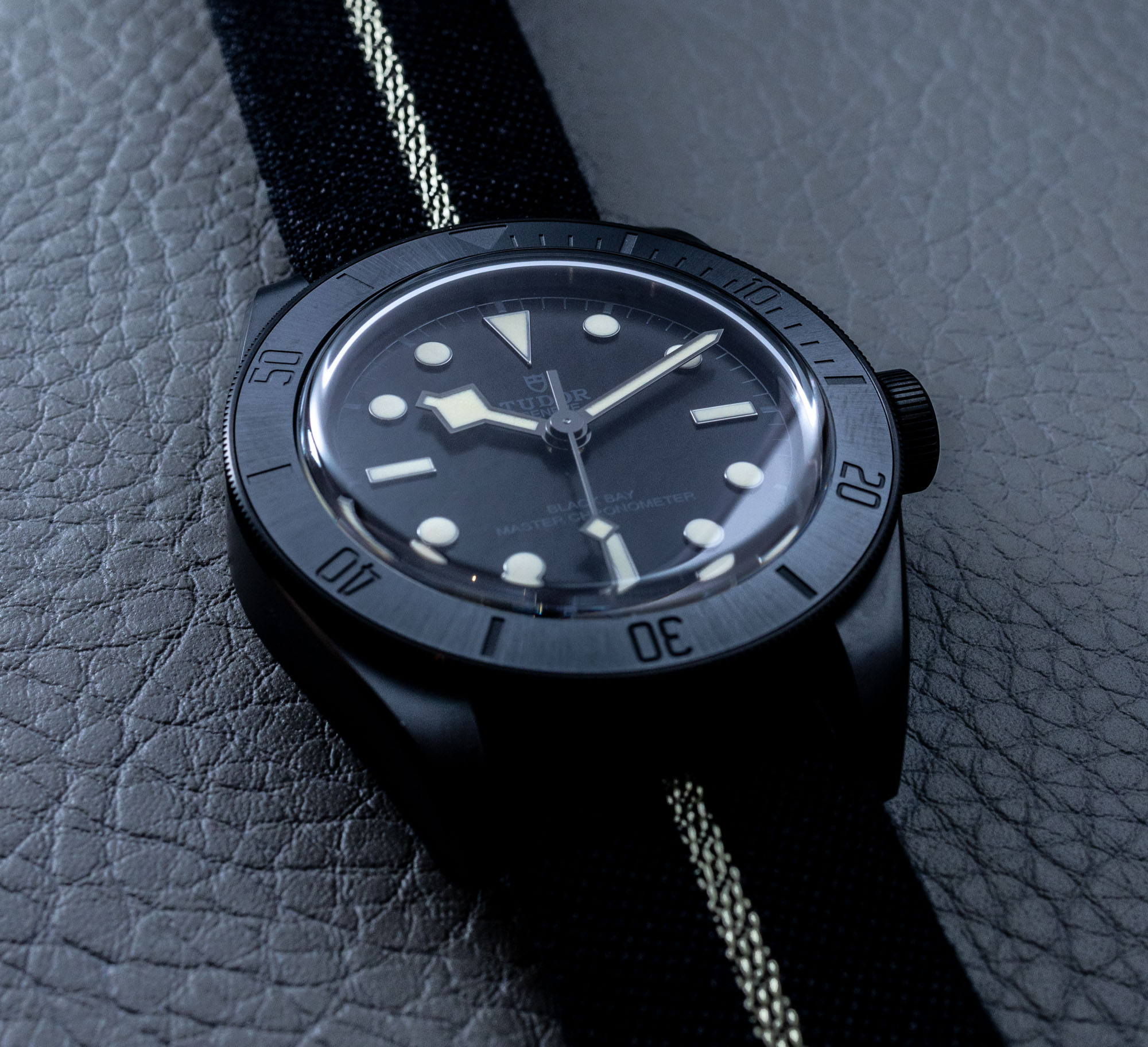 In a lot of ways, the Tudor Black Bay Ceramic Master Chronometer has something for most types of watch collectors today. It has a timeless design, trendy and hip case material, tool watch durability, and a horology-focused movement and certification that we nerds can get behind. It also isn’t the most expensive watch of this type, but it does command a real premium over similarly styled steel-based Tudor Black Bay watches. This means that the Black Bay Ceramic Master Chronometer is probably going to be a niche watch — for now, it is priced out of what most Black Bay customers want to spend, and Tudor will have to get the word out about this particular story to more timepiece fans who might appreciate Tudor’s value proposition compared with other brands. All I can say is that the reference M79210CNU-0001 Tudor Black Bay Ceramic Master Chronometer is a piece that I’ve not stopped thinking about. Price is a bit more now than at launch: $4,825 USD. Learn more at the Tudor watches website.