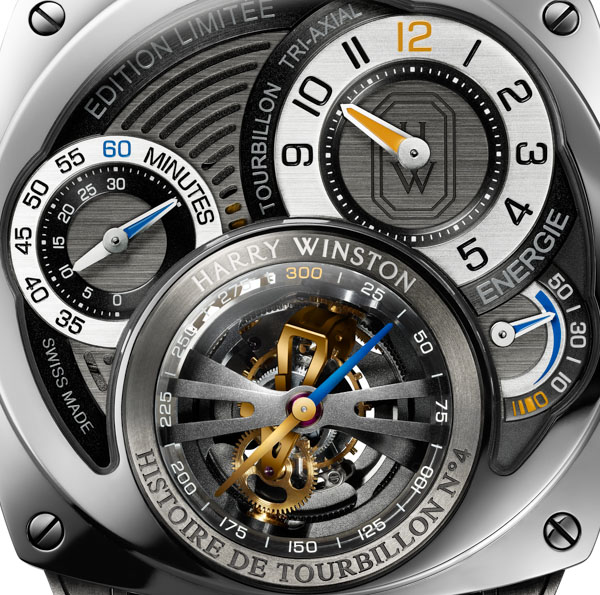 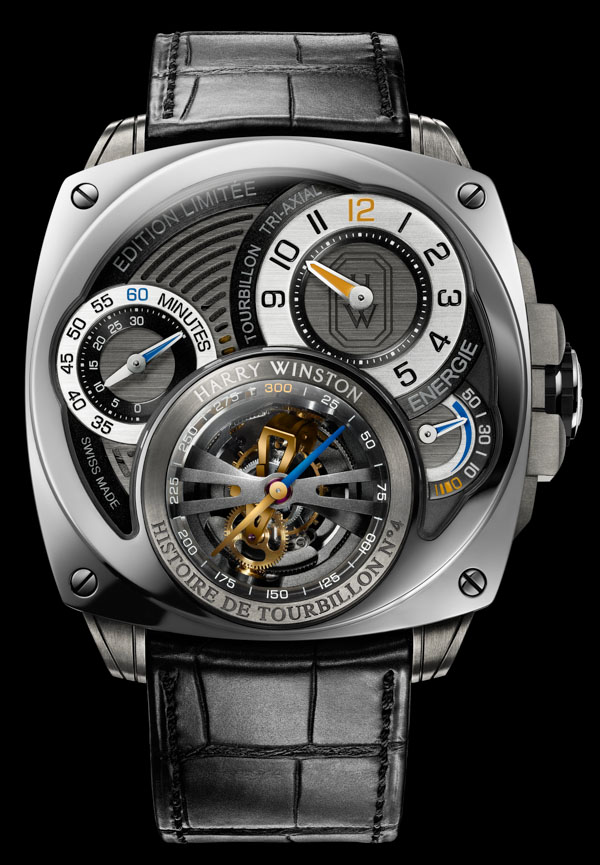 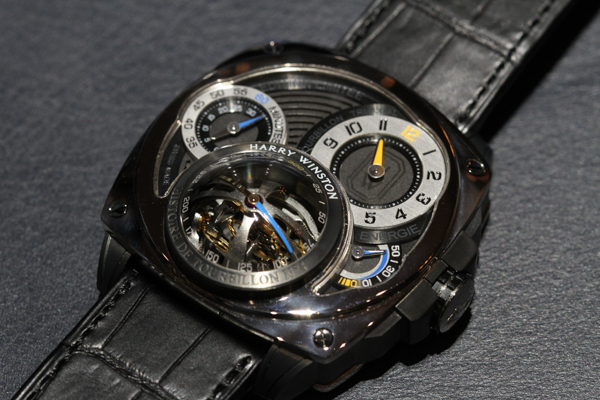 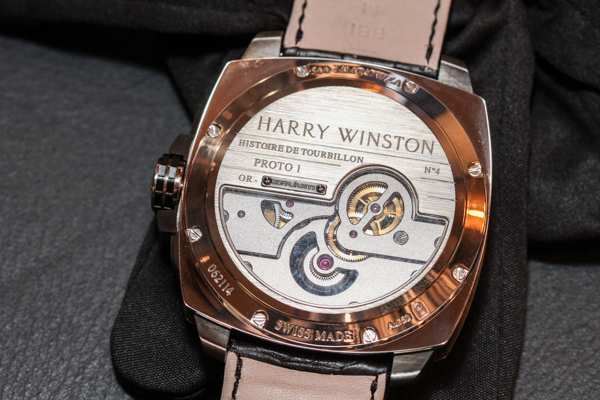 Looking like a mix between some of the more complicated Ocean watches and a Panerai style cushion case, the Histoire de Tourbillon 4 once again reminds us of its family with the blue and orange accents which mark the Histoire de Tourbillon collection. This piece also follows suit with a range of watches over the last few years with bubbles on or under the sapphire crystal. There is of course the obvious similarity to the bubble on the Zenith Academy Christophe Colomb (we covered the most recent one here), but also think of Greubel Forsey’s GMT, and other pieces which try to go all “wild half orb” on the dial. 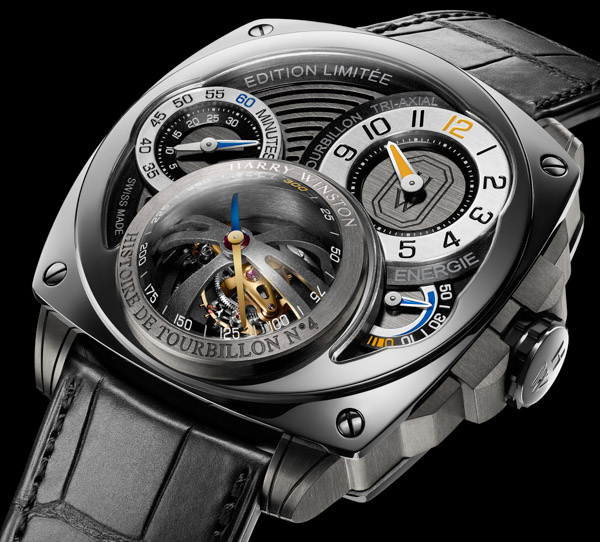 I want to add that I’ve been regularly impressed by the quality and fit and finishing of Harry Winston’s most high-end timepieces when it comes to their final retail models. This includes Opus collection watches as well as Histoire de Tourbillon pieces. While the prototypes they show us are good enough, it is the final retail versions that look best. Writers like us rarely get to see these pieces, but on the rare occasions that I have, I am really happy with the results. 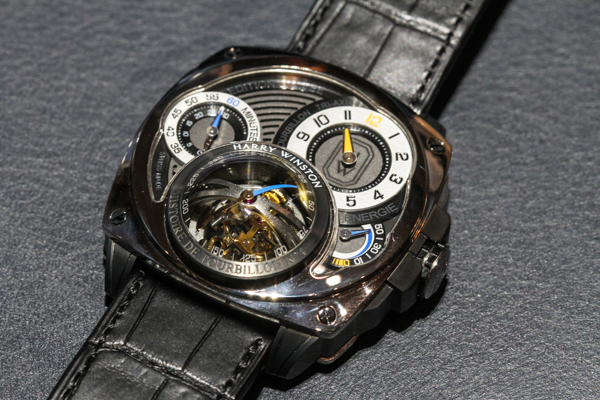 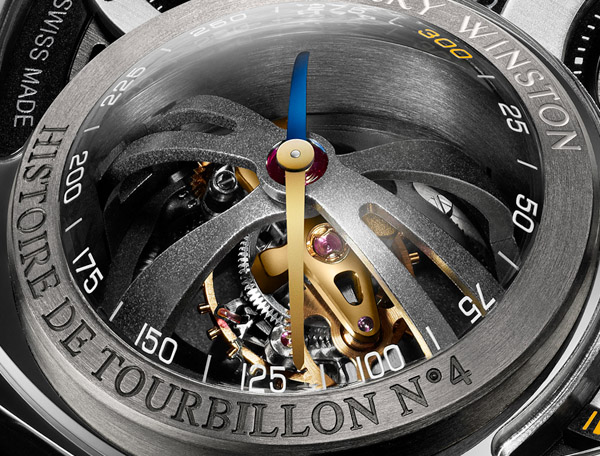 You’ll notice that the tourbillon components are made from a mix of titanium (not surprising) and 18k gold (a bit surprising). The titanium is PVD treated for better color. It is all hand-polished and assembled of course. This is all under a bubbled section of the sapphire crystal and the watch height in total is 21.7mm thick. The Histoire de Tourbillon 4 cushion-shaped case will be 47mm wide with both 18k white gold and Zalium (a Harry Winston alloy similar to titanium). You can see how the front and back pieces of the watch are white gold and sandwich the middle Zalium segment.

Inside the Harry Winston Histoire de Tourbillon 4 watch is their new caliber HW4501 that is manually wound with a 50 hour power reserve. The movement apparently requires 160 hours to build and assemble (each one) and is comprised of 345 parts. Indications on the dial are simple but interesting. You have a dedicated dial for the hours, one for the minutes, and a power reserve indicator. There is no dedicated seconds dial save for the hand on the tourbillon that is like a five minute seconds indicator. Though you can track the hand in 60 second increments if you are timing something. 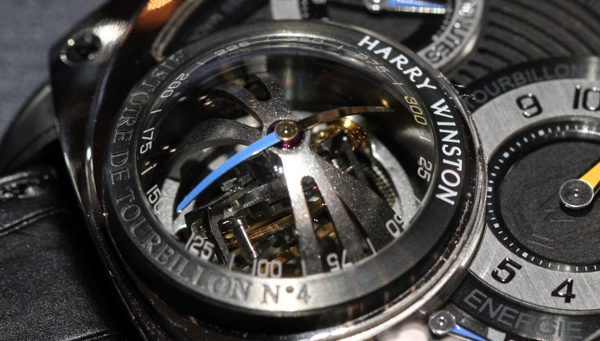 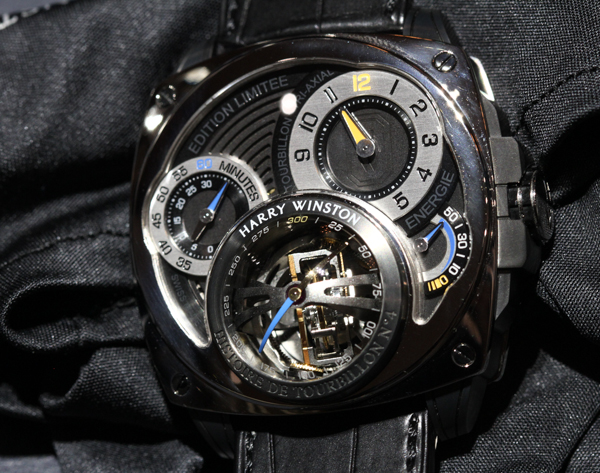 Overall this is yet another cool, polarizing, and beautifully over-the-top high-end luxury timepiece which people like me love. Not that I dislike Patek Philippe at all, but if all we got were high-end watches that looked like Patek Philippe I would probably stop blogging about watches pretty fast. Harry Winston will produce just 20 pieces of the limited edition Histoire de Tourbillon 4 watch, and once again it is the fourth piece out of a total of what will be five that will make up the Histoire de Tourbillon watch collection. harrywinston.com 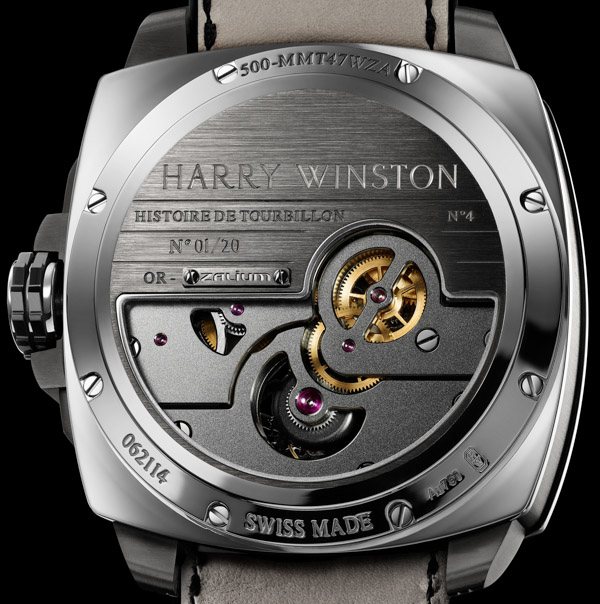 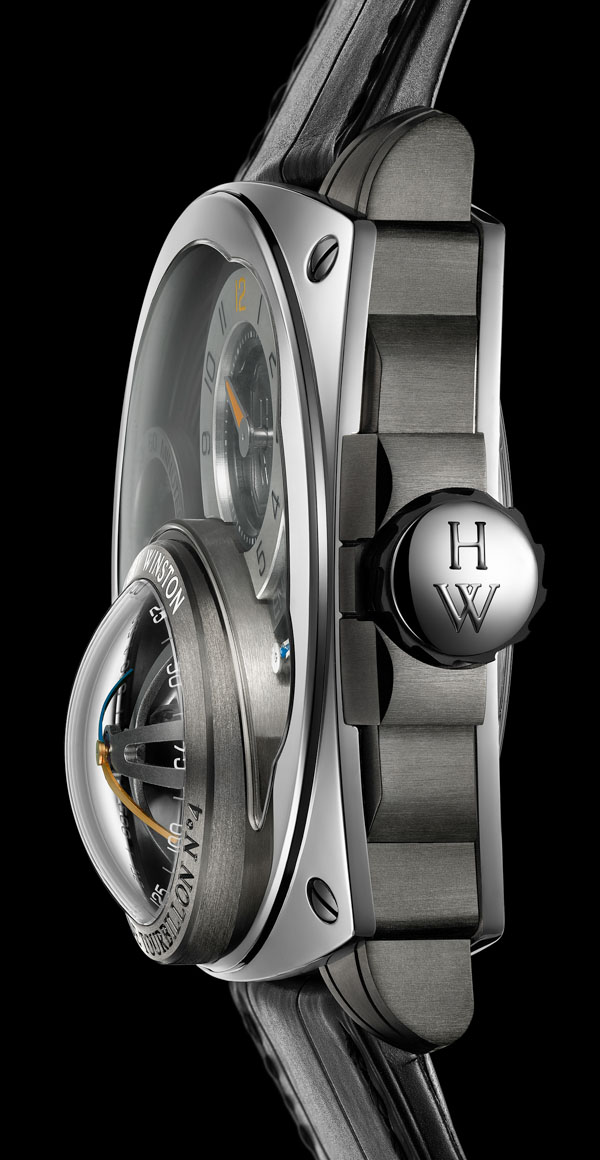