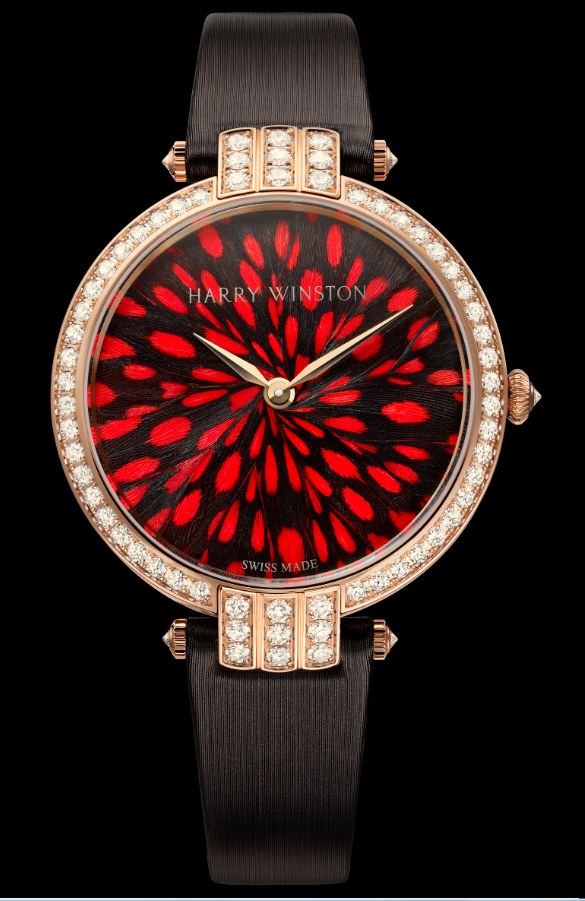 I normally don’t cover boutique openings (so I am not likely going to start now) but in conjunction with the opening of their new Shanghai Pavilion boutique, Harry Winston released not one but five new limited edition models. None of these are novel per se mechanically -but offer some very beautiful interpretations of things we have seen from the brand as of late.

This year Harry Winston released their new Premier Feather collection of watches that showcased a unique form of real feather marquetry on the dial. Craftsperson Nelly Saunier delicately produces each dial by hand (about seven hours each) using hand-picked feathers. Some bird’s nakedness is your gain with these Harry Winston Premier Feather Limited Edition Shanghai watches that feature stunning red and black feathers. These pieces come in a 36mm wide case lined with diamonds and will be limited to just eight pieces. 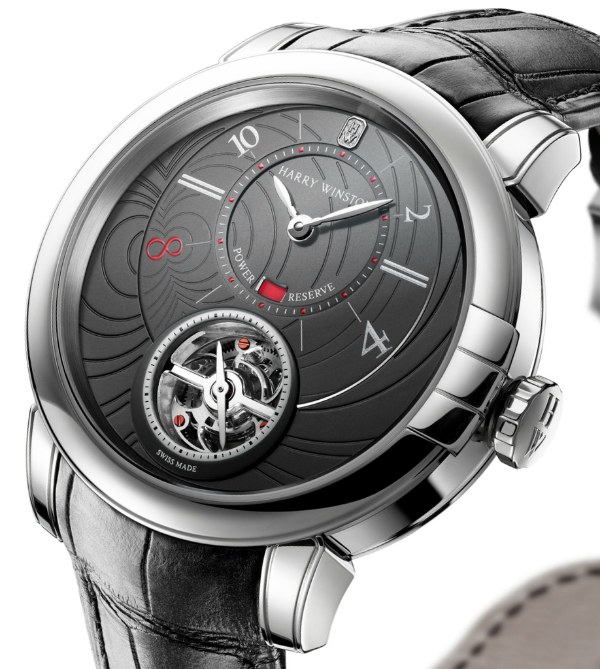 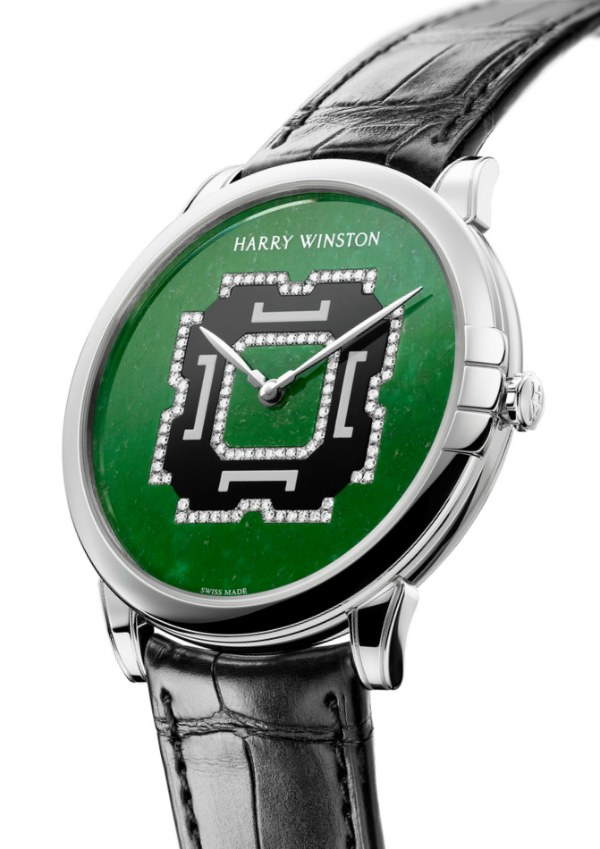 Each of these Midnight Limited Edition Shanghai watches comes in a 45mm wide, 18k white gold case with a black alligator strap. Again, these are more or less existing models with cosmetic changes for these limited edition pieces. Each watch shares the same base movement which is an automatic with a 110 hour power reserve. The tourbillon of course is visible on the dial. The GMT has two time displays and a city indicator for the local time. The standard model has just the time with a power reserve indicator on the dial. Both are quite elegant in 18k white gold and black with the hints of red. 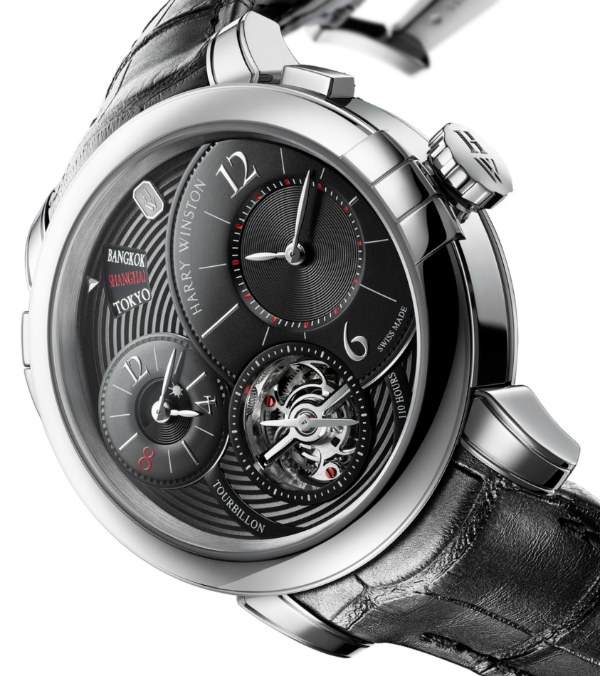 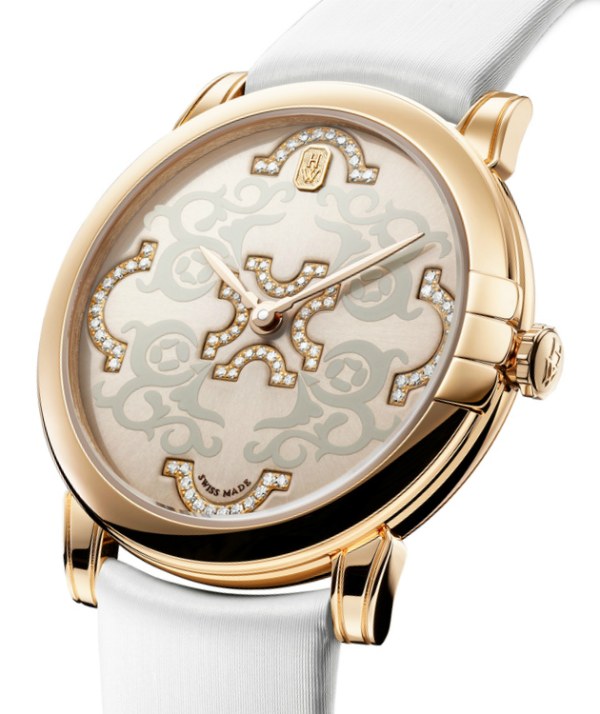 The last two models are in the Harry Winston Midnight Limited Edition Shanghai ladies collection. Here the appeal is in the dial designs. Each of these two models draw inspiration from a traditional Shanghai (and Chinese) residential architectural structure called a Shikumen. These buildings are highly coveted in modern Shanghai and are kept intact as much as possible by the local people. The design of the dials on these two watch mirror elements of the structure’s overall layout, as well as aesthetic elements found in many of them.

The smaller model comes in a 32mm wide 18k rose case and has diamond lined arches and Arabesque motifs on the dial. Attached to the case is a white satin strap. The other model is larger at 39mm wide in an 18k white gold case matched to a black alligator strap (I guess it could also be a men’s model for some dudes). For me, this is the more stunning version as the dial showcases a more aerial view of the Skikumen layout done in deep green jade and onyx – again with diamonds as well. I believe these two Harry Winston Midnight Limited Edition Shanghai ladies pieces contain quartz movements and are also limited to eight pieces each. If you are interested – then head to Shanghai, China.