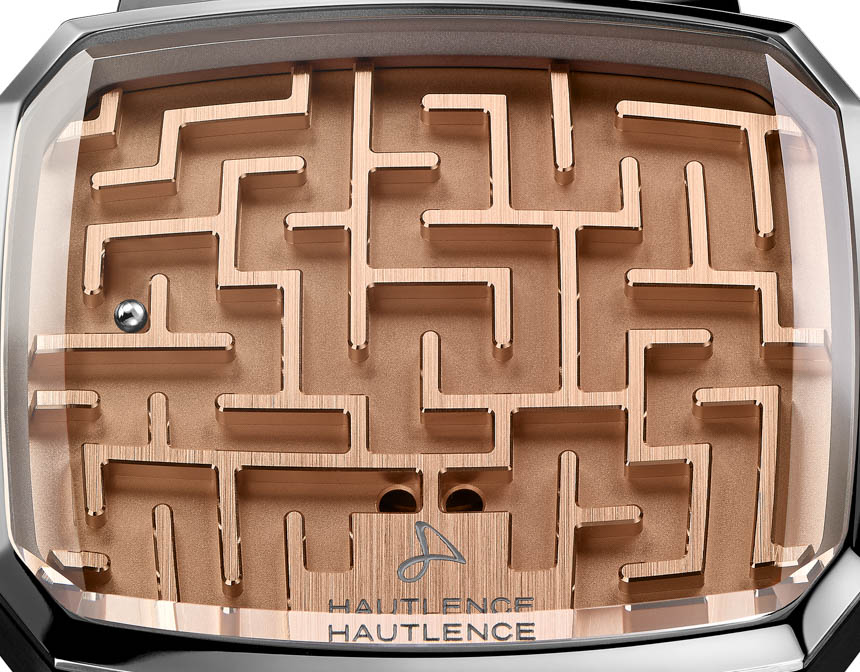 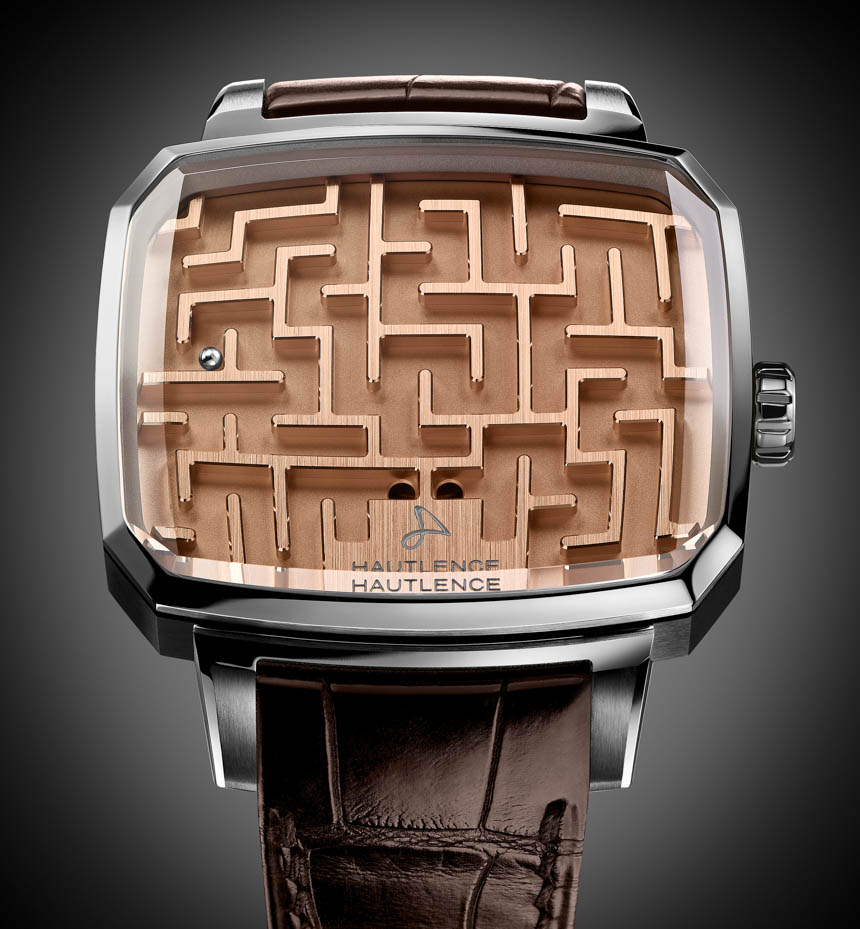 Hautlence recently appointed a new CEO, Sandro Reginelli (who apparently is also a co-founder of the brand). Reginelli describes this Labyrinth watch as a reminder of “out-dated games he played when he visited his grandparents.” I too have brief recollections of being presented with ball maze games as a child in various forms and finding them utterly annoying. Designed to improve hand-eye coordination (I’m guessing), the ball maze game never seemed to be the old-school game favorite of anyone, and for the most part, these games endure merely because they look cool. 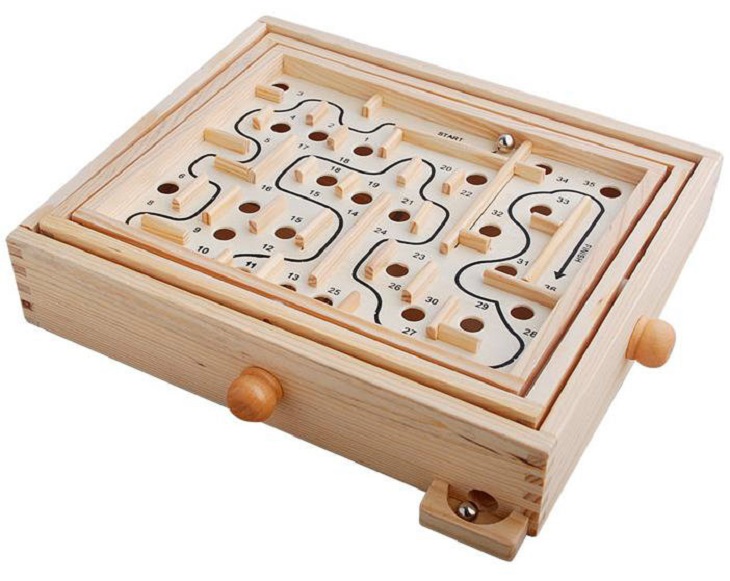 How does the ball maze look when beautifully rendered in wrist watch form? Not bad… as some type of provocative wearable art. Though, I’d never wear it instead of an actual watch. This is like the luxury equivalent of an “ironic t-shirt,” when you want to make a statement while at the same time pissing of anyone who is even remotely conservative. Hautlence doesn’t even try to equivocate the watch with any semblance of an actual poetic point. The best they do to justify the Hautlence Playground Labyrinth watch is by stating that it is “an entirely essential yet fundamentally useless object.” I can agree with at least half of that. 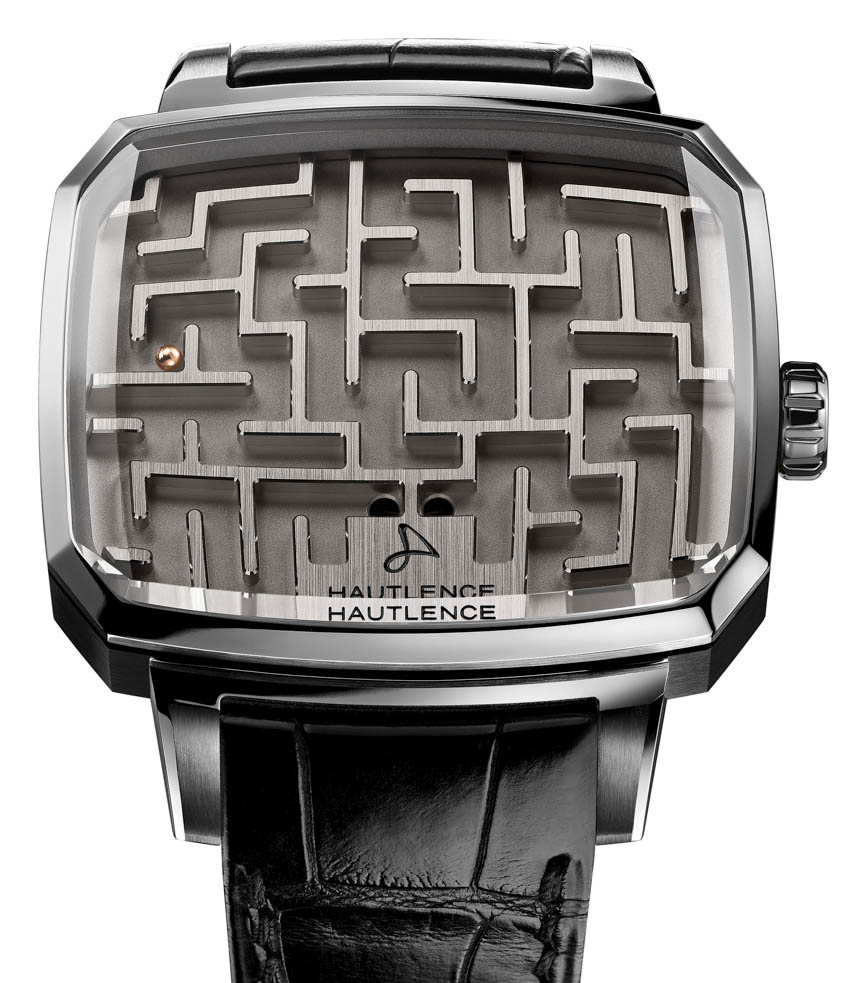 Hautlence, which is part of the H. Moser & Cie group, has joined its sister brand is engaging in a host of experimental marketing tactics over the last year – mostly aiming at the smartwatch market. The brands are well endowed with technical strength and can produce some excellent watches, but from our perspective, a lot of their solutions to getting buzz don’t make a lot of sense. Where they succeed in getting attention, they potentially fail in gaining exposure or esteem among those people who would actually buy their wrist watches. All I can say is that I am more than open-minded when it comes to new watches, but stuff like this gold game-on-the-wrist doesn’t really interest me much. It’s worth about three minutes of small talk conversation and then I want to focus on cool timepieces again. I am not even sure that if it told the time I would think of it much differently.

Like I said, aesthetically, the Hautlence Playground Labyrinth dial is interesting. It has an artistic sense of being provocative, and it isn’t ugly. Hautlence uses their original-style case which here is offered in brushed and polished titanium being sized at 43.5mm wide, by 37mm tall, and 13mm thick. The ball maze itself is produced in either 18k rose gold (Labyrinth 01 model) or white gold (Labyrinth 02 model). On the 18k white gold maze version, the ball itself is in 18k rose gold, and on the rose gold maze, the ball is solid platinum.

Is there a mechanical element to the Hautlence Playground Labyrinth? Yes, actually. If you notice, there are two small holes on the dial. One hole is where the ball enters, and one is where the ball exits. When you “beat” the game, the ball leaves the dial, and you use the crown to activate a small “mechanical lift” to bring it back to the dial. Both the dial and “movement” are given hand-decoration and finishing such as edge beveling (chamfering) and polishing. Attached to the cases are alligator straps. 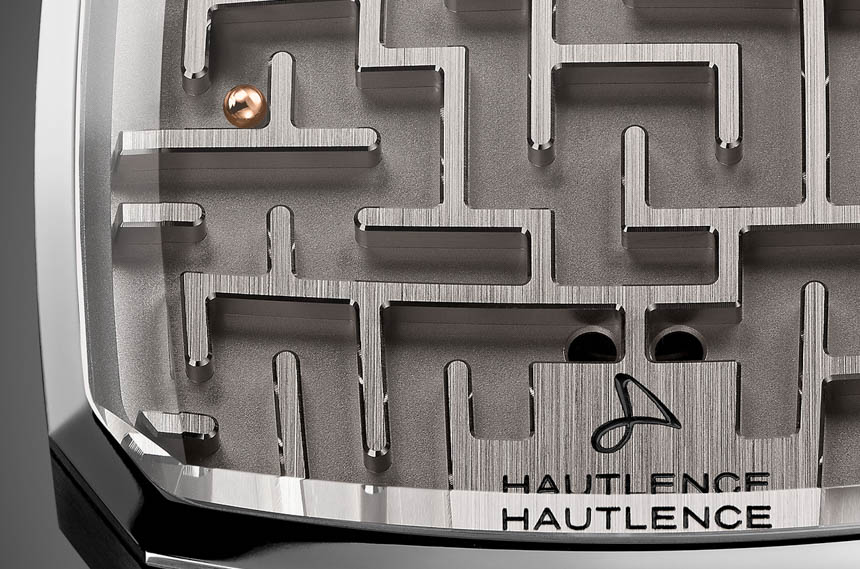 For those with big budgets and a penchant for “ironic art,” the Hautlence Playground Labyrinth will be a fine addition to their art collections. They can even wear the watches from time to time to the chagrin of pretty much anyone who cares about watches. The art and design crowd might be a bit more forgiving, and this type of “high-end creativity” appears to be valued in certain circles who have apparently become bored with traditional art and that value temporary shock and awe. I’m really not judging here, but rather indicating that while a particular group of art lovers find value in items like this, such designs and concepts do have the effect of alienating a lot of people who specifically find interest in mechanical watches because of their core utilitarian value.