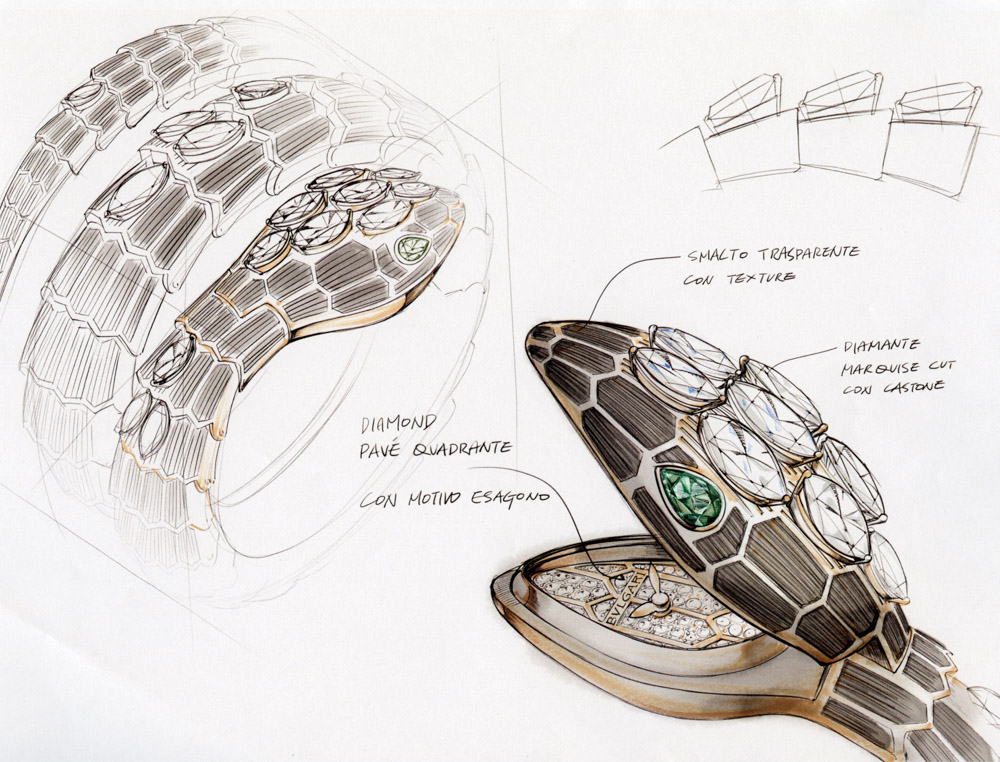 The History & Present Of The Bulgari Serpenti 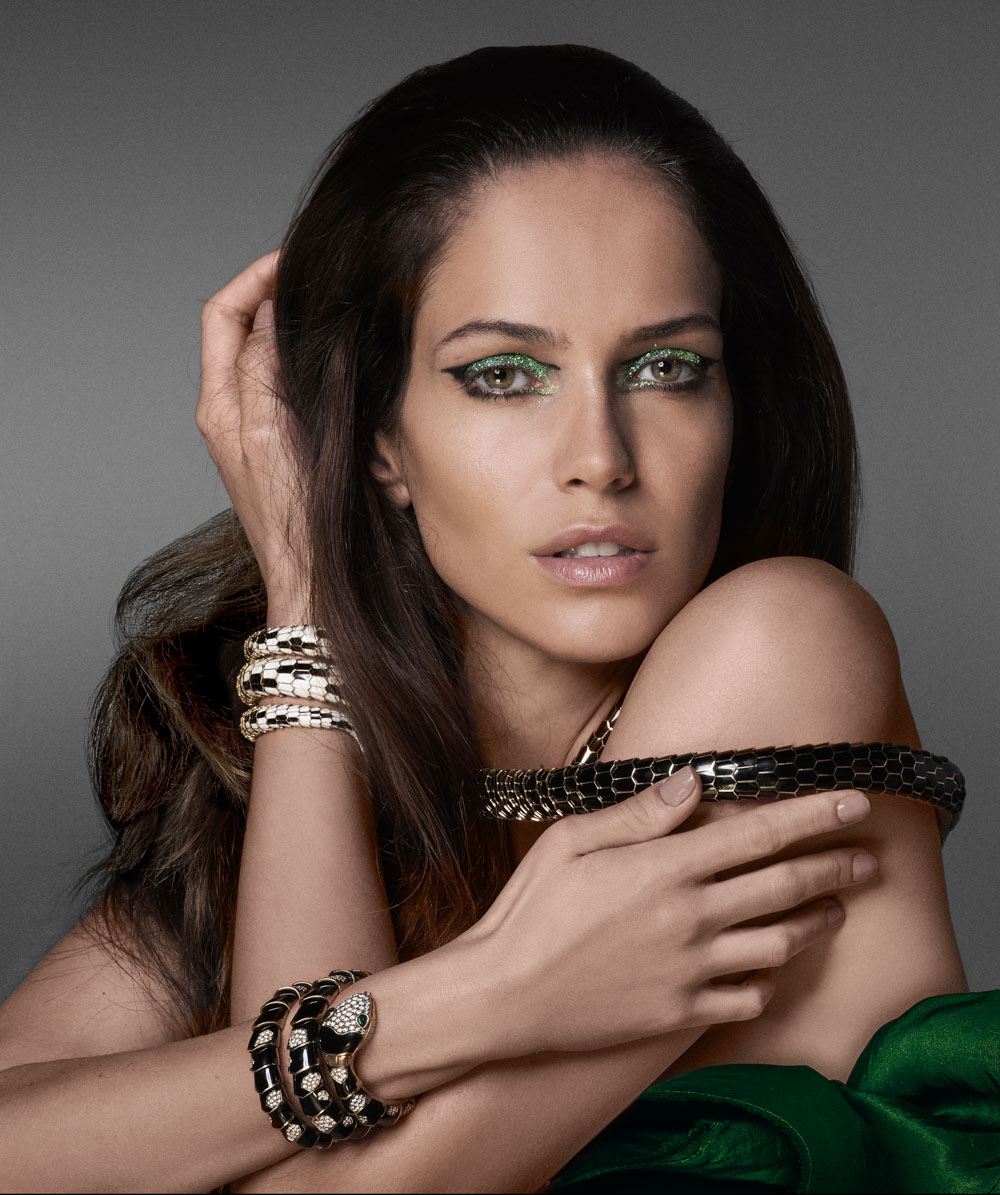 Recently, we took a close look at The History & Present Of High Jewelry & Fine Watchmaking For Ladies By Bulgari, where we discovered some of the most important creations of the brand, both in the fields of jewelry and ladies’ watches. Today, the subject of our focus will be an unmistakably Bulgari creation, the timeless and ever-vicious snake, as represented by the Bulgari Serpenti. 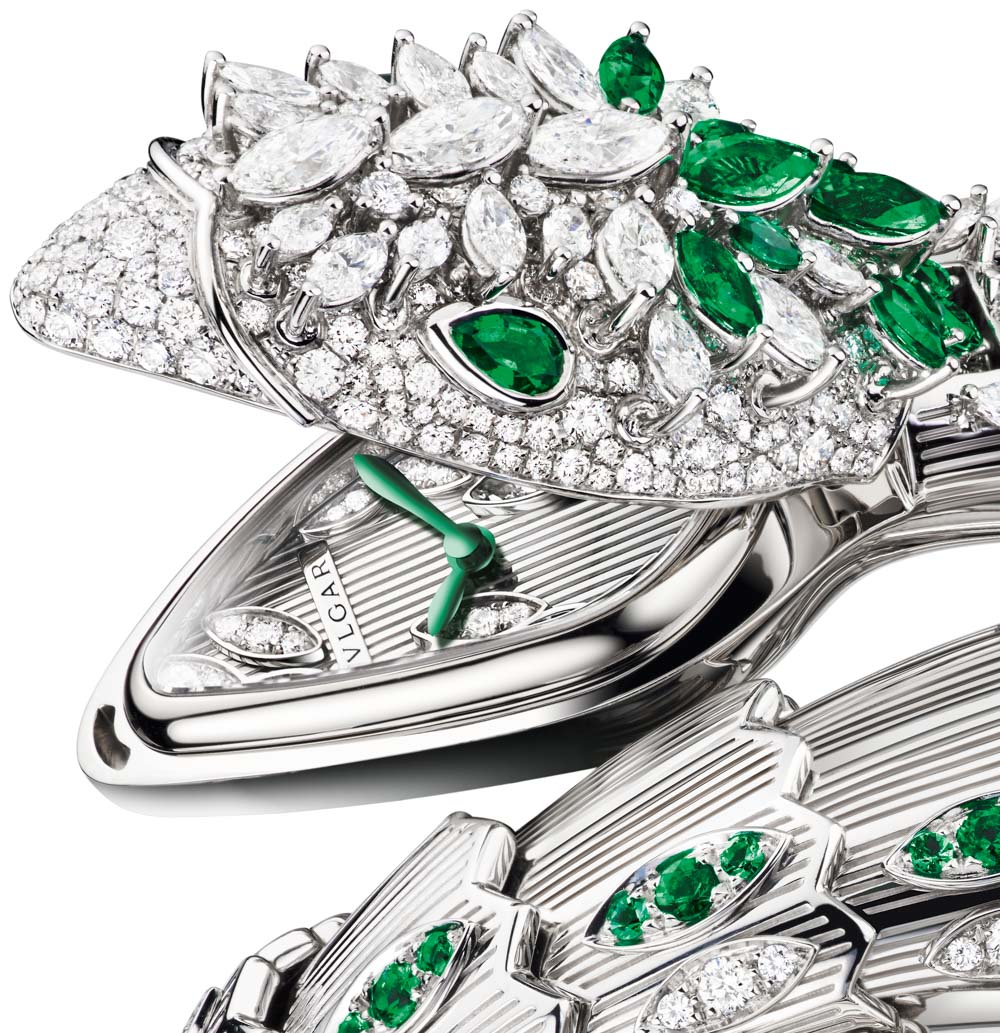 First, the basics: why Serpenti? Coiling through human history, the symbolism of the seductive serpent dates back to ancient Greek and Roman mythology. A motif representing wisdom, vitality, and the circle of life, the snake has charmed exotic beauties from Cleopatra to the Bulgari woman, and empowered them with its magnetism. Renowned for the ability to hypnotize its prey – this skill is attributed to no other animal – the snake is also famous for its means of seduction. With a hypnotic brilliance of color and a lithe wearability, the Serpenti woman embodies a sensual elegance: she is the modern-day queen of the Nile. 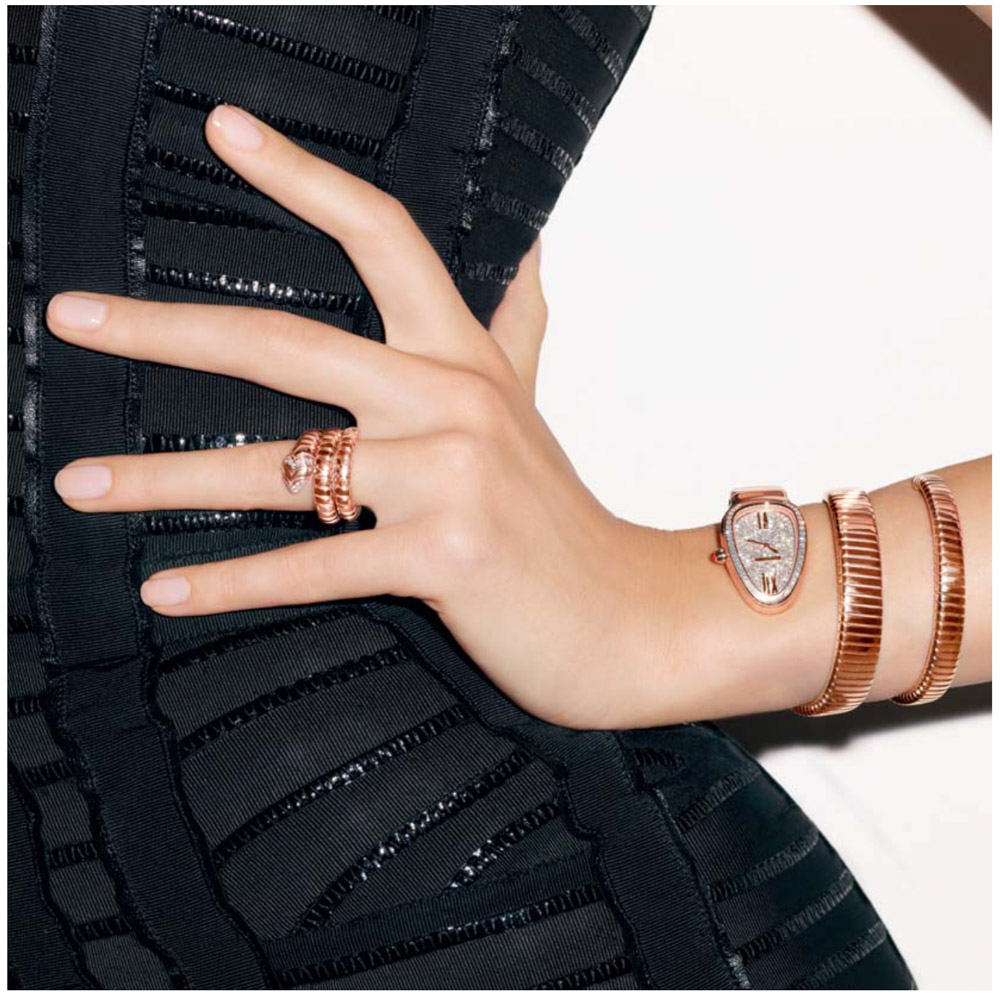 In the 1940s, wristwatches assumed the form of the sinuous snake in a reinterpretation of jewelry traditions dating to Hellenistic and Roman times. As such, the first Bulgari Serpenti models featured a flexible body of gleaming yellow gold, head and tail set with brilliant diamonds. The precious snakes to follow featured scales of gemstones or polychrome enamel, others were coiled with the supple Tubogas technique, a Bulgari hallmark. 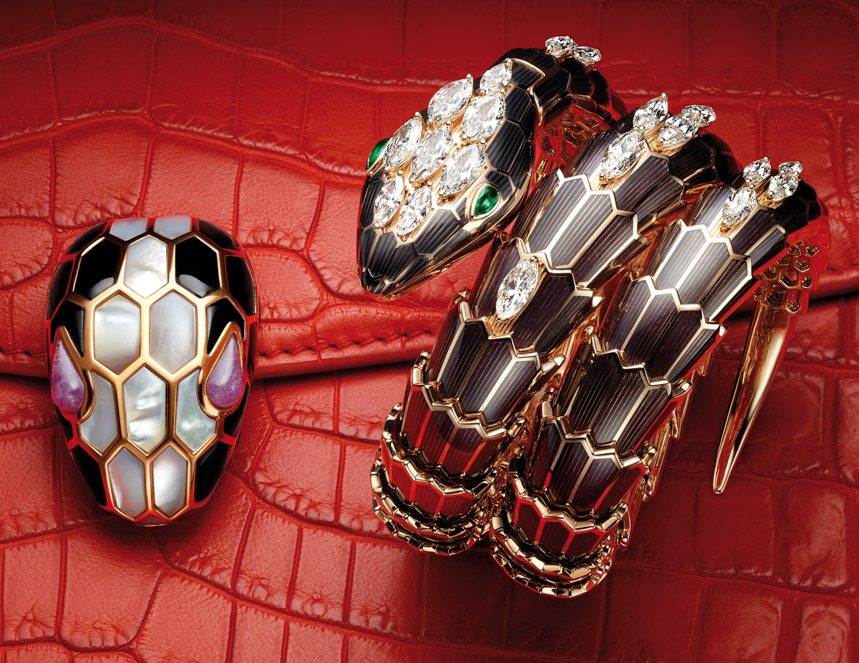 Over the decades, the Bulgari Serpenti collection has seen more than numerous but equally creative iterations, as the snake motif has moved on from simple bracelets to two- and multiple-row timepieces curling around the wrist and the neck, all the way to other items, playing the small but vitally important role of the finishing and defining touch on Bulgari rings, bags, sunglasses, and other accessories.

Given this prominent role, and the elevated noticeability of Bulgari Serpenti jewelry and watches, all pieces, regardless of their function, have to mix tasteful and vivid colors with complicated manufacturing techniques, the most renowned and closely linked to Bulgari being the Tubogas technique. 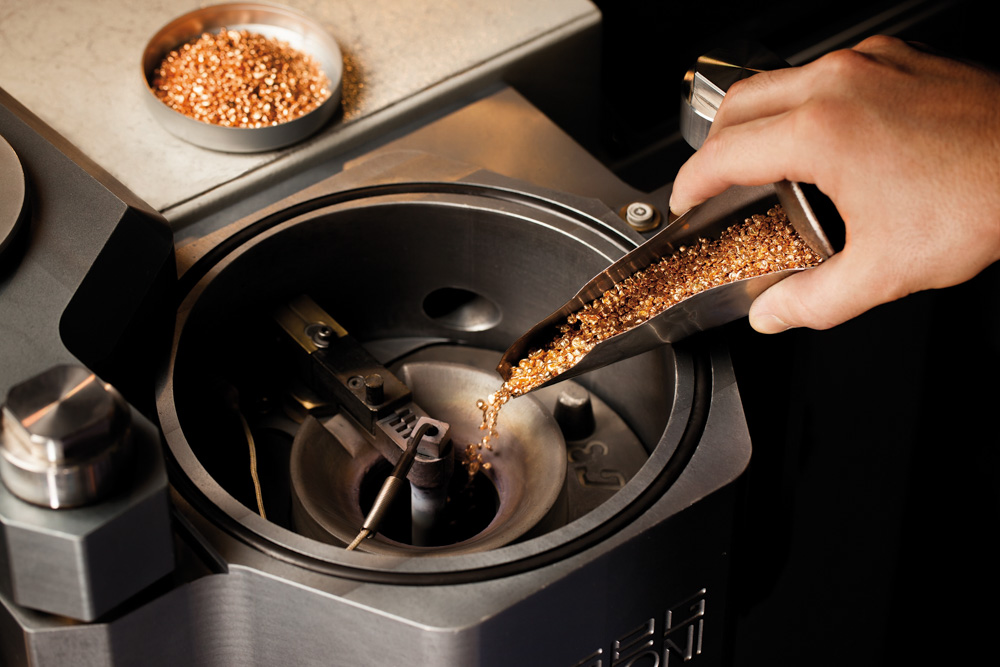 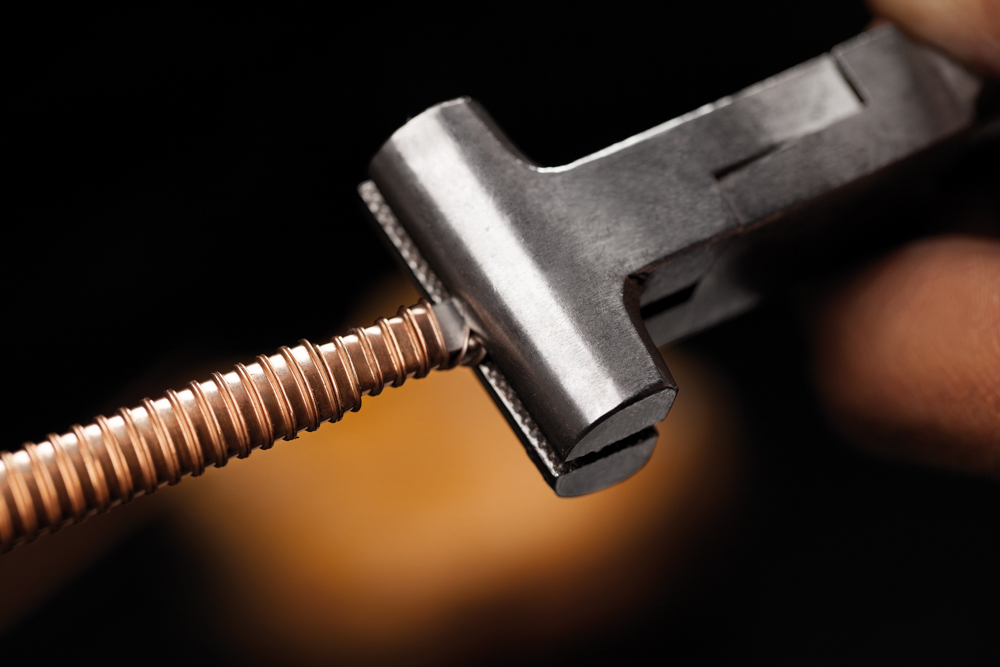 The so-called tubogas (or gas-pipe) technique was developed during the second half of the nineteenth century and used by Bulgari on the first Serpenti watch creations of the 1940s and 1950s. The term “tubogas” was inspired by the distinctive shape of the gas carrier pipes in use from the 1920s onwards. This motif was revived by Bulgari in the 1970s, and employed so effectively in the creation of watches, bracelets, necklaces and rings that it became one of the firm’s trademarks. The Bulgari Tubogas is a flexible band with rounded contours produced without soldering. 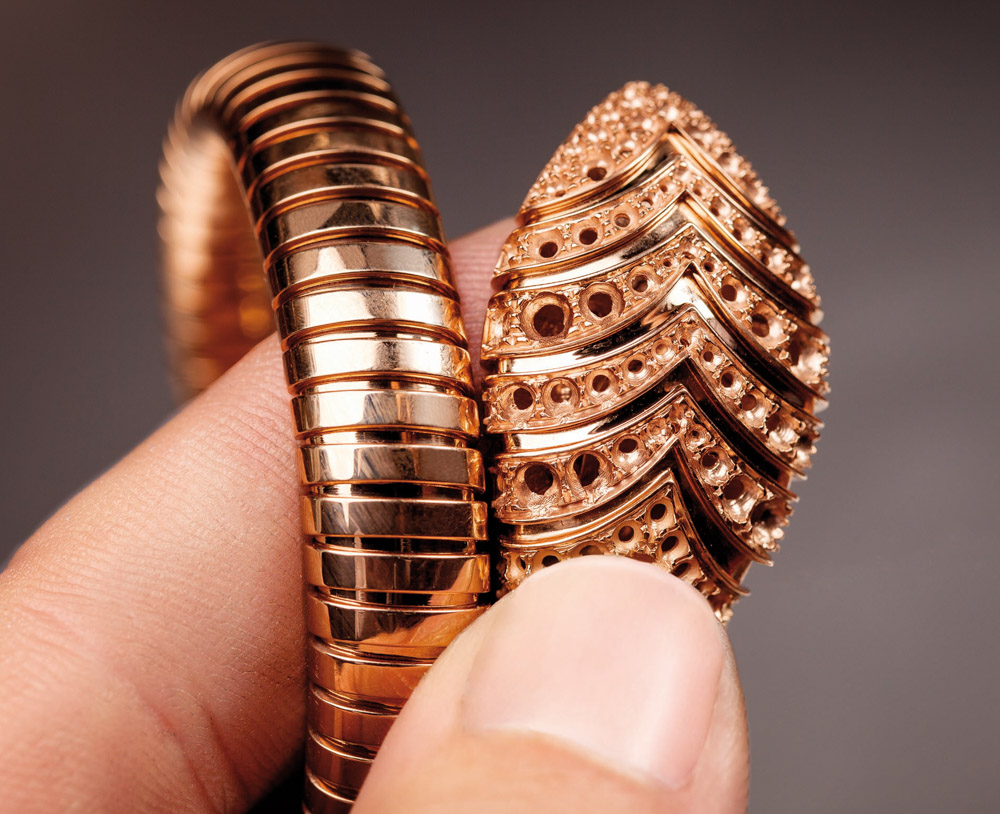 In practice, the result is a shorter or longer bracelet (depending on the piece of jewelry or watch model in question) that is remarkably flexible to allow for comfortable wear – not always a property linked to fine jewelry or watches – while remaining firmly coiled around the wrist, arm, or neck. 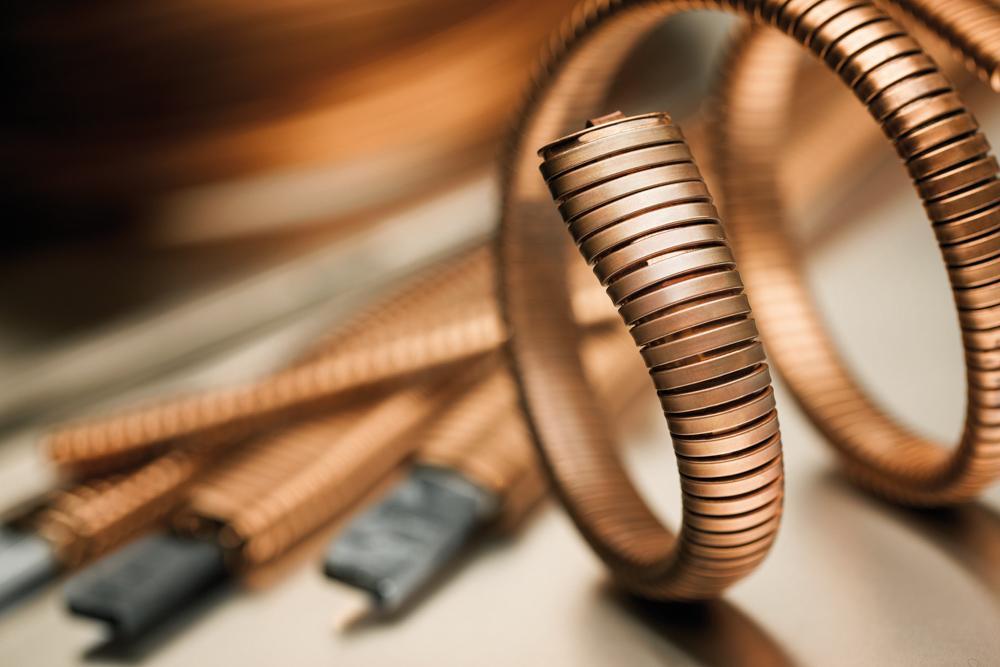 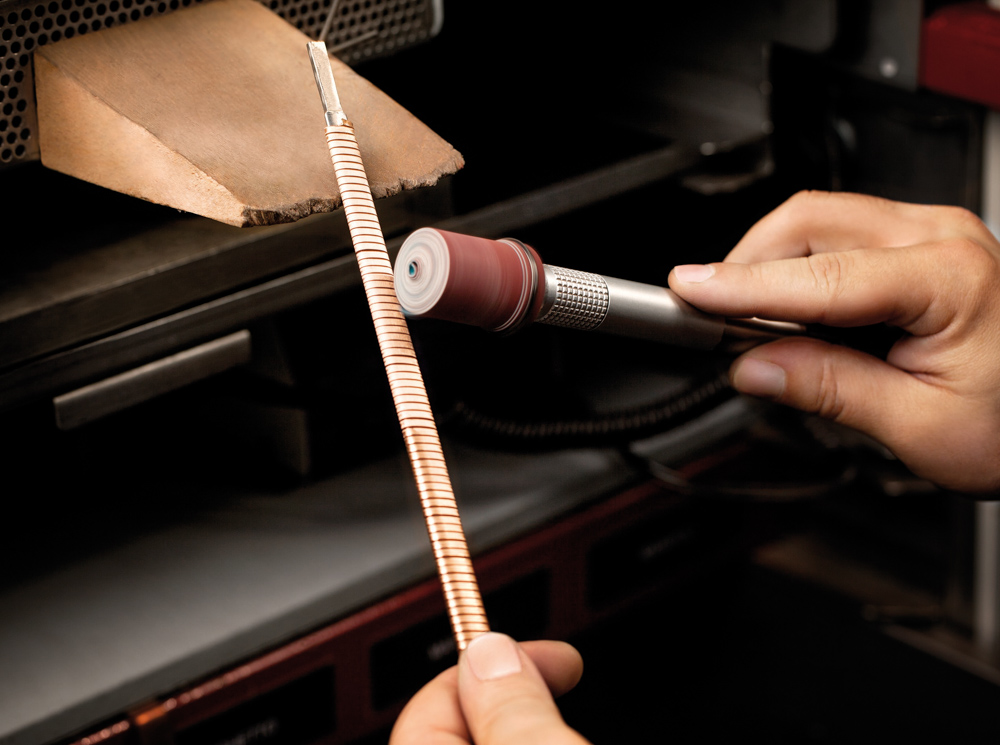 As Bulgari explains, the realization of a Tubogas band requires hours of specialist work: it involves wrapping two long gold strips with raised edges around a copper or wood core in such a way that the edges then firmly interlock with each other to form a continuous unsoldered piece; the core is then removed or dissolved in acid. The flexibility of these metallic bands is truly remarkable, and has been employed with splendid results. The quest for chromatic effects resulted in the creation of alternating yellow, pink, and white gold strips as well as bracelets that changed color with every coil. In the 1970s, the use of grey steel in combination with yellow gold was also introduced. 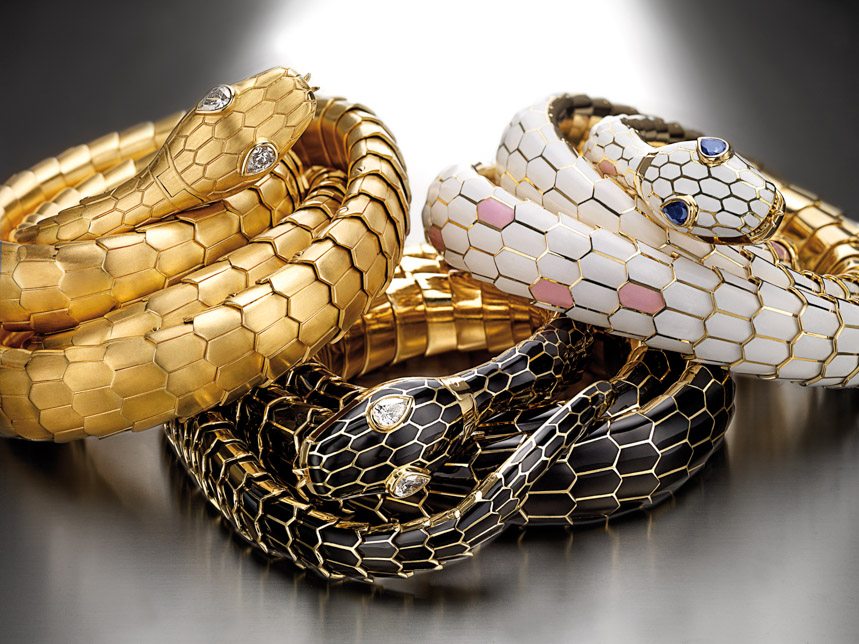 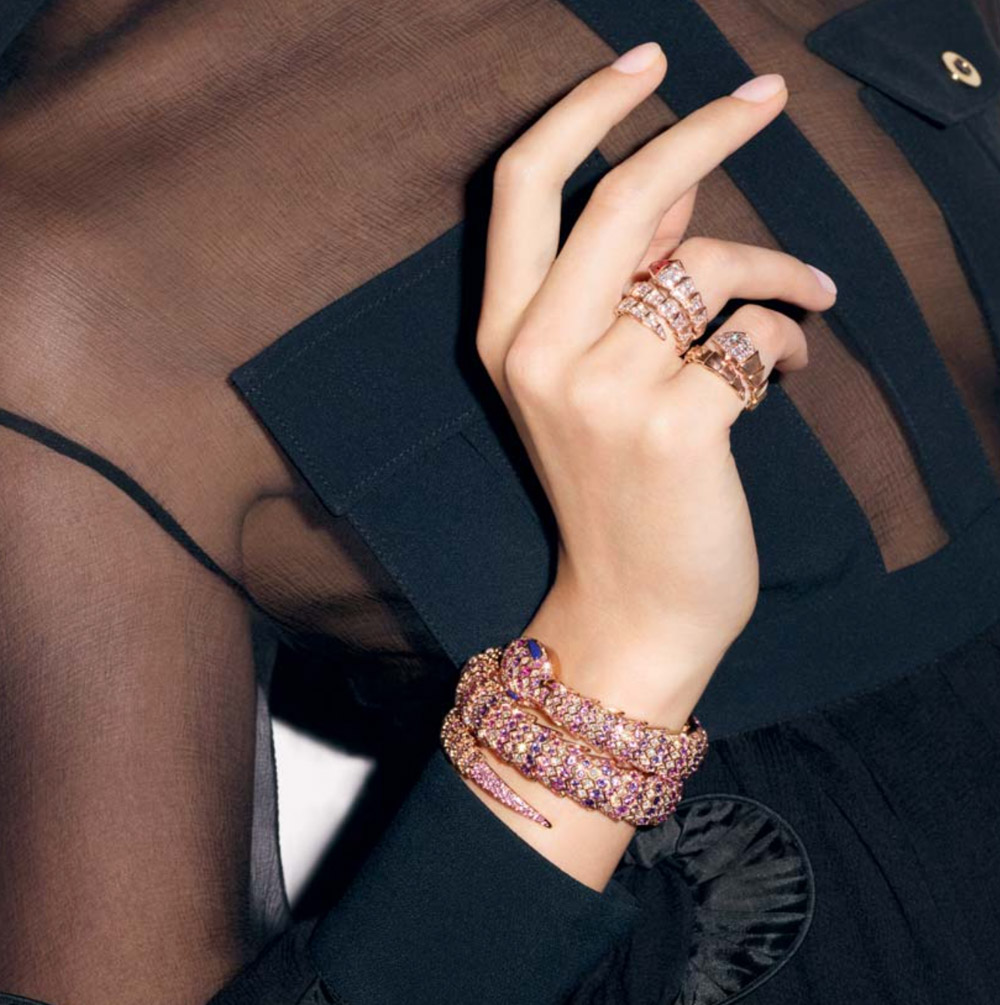 Beyond pure technique, color is another of the most recognizable features of a Bulgari creation – made evident in the sparkling eyes of the Bulgari Serpenti or the splashes of bracelet-color on red-carpet celebrities. Beyond its vast experience, Bulgari is known for its innovation with color, employing gemstones and unusual materials that have literally never been seen before – this results in bold new collections and made-to-order, unique pieces of extremely fine jewelry or watches. Developing this bold and unprecedented style, Bulgari has explored uncommon color combinations of semi-precious and precious stones, and invented the gemstone rainbow. 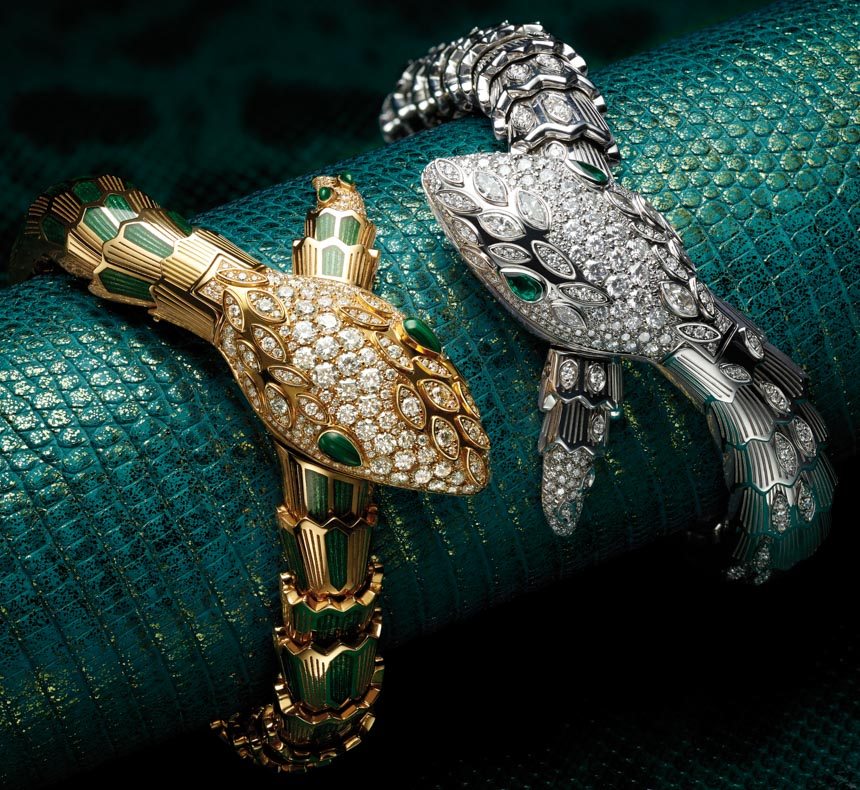 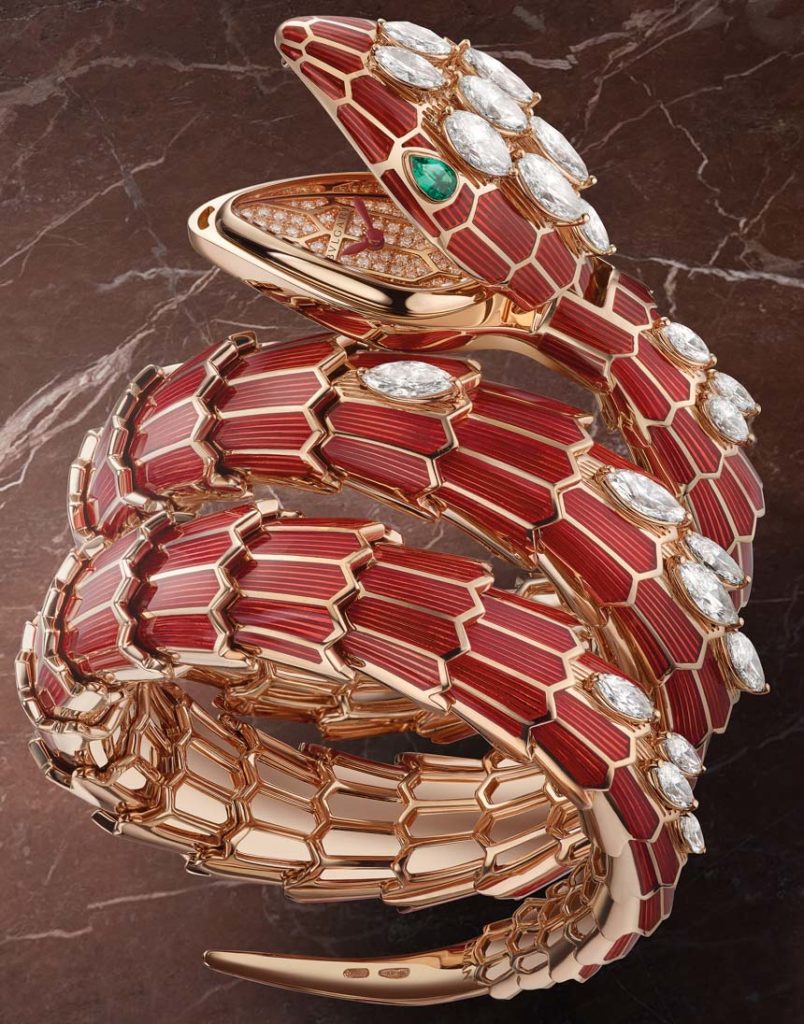 The Bulgari Serpenti builds on a vast and extremely rich cultural background through the historical and emblematic significance of the snake: as we noted in our introduction, the serpent is a seductive symbol dating back to ancient Greek and Roman mythology. Representing wisdom, vitality, and the circle of life, the serpent has transcended centuries, traditions and cultures to become the emblem of beauty and strength: adorning Aphrodite, the goddess of love; held by Asclepius, the Greek god of medicine; the snake’s power is undeniably linked with humanity. 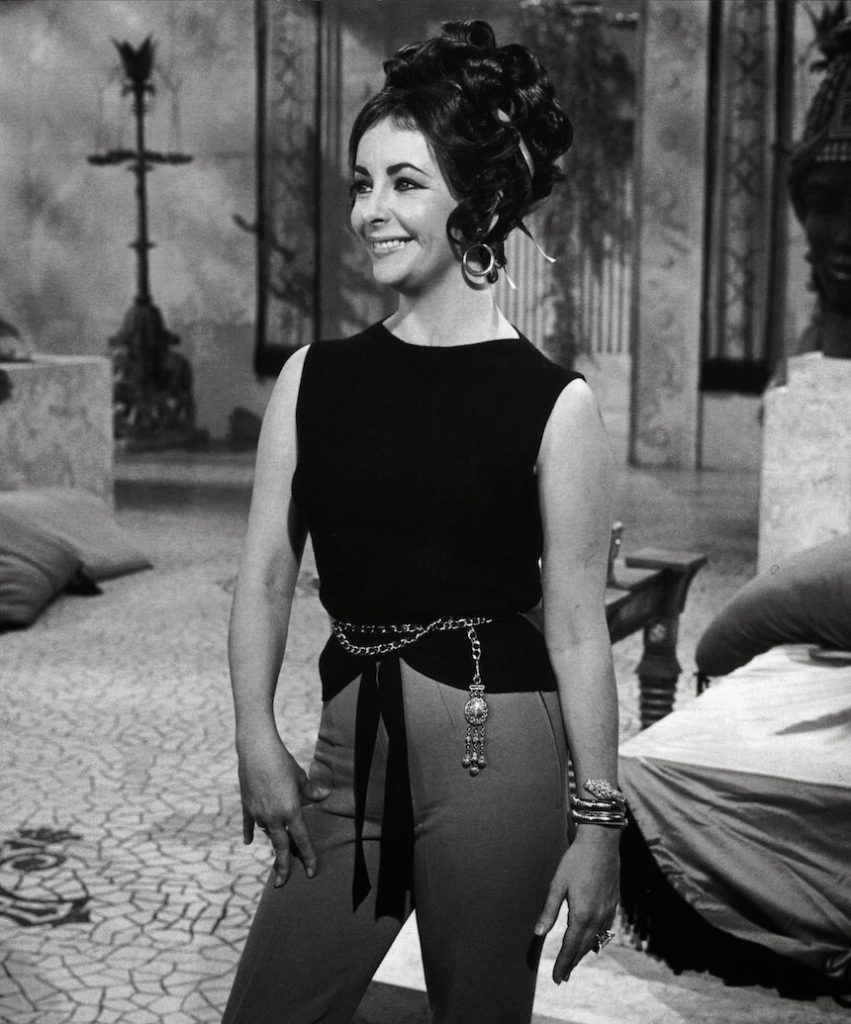 The history of civilization is intertwined with this emblem – even Queen Victoria was seduced in the 19th century, preferring a serpent-shaped engagement ring. Perhaps no leader of the world is more closely associated with serpents than Cleopatra, whose royal décor and divine powers revered the sinuous snake. The motif reigns equally as mythical in the current day, evident in a jeweled serpentine history, encapsulated by the Bulgari Serpenti. 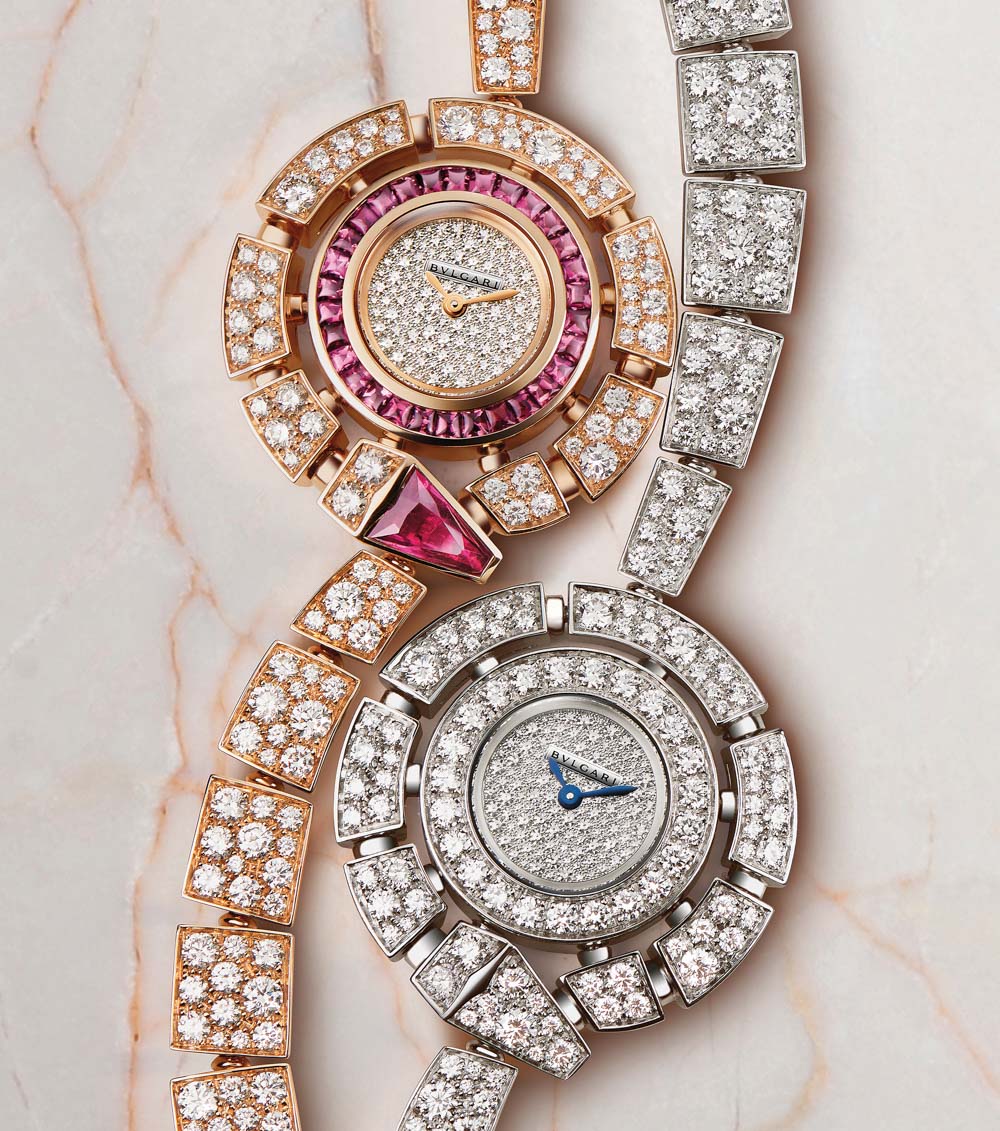 Jumping from ancient history to the very present, the newest piece in the Bulgari Serpenti collection of timepieces is the Serpenti Incantati – incantati is “enchanting” in Italian. Inspired by a resplendent diamond brooch, the diamond serpent encircles what actually is a perfectly traditional and round watch dial, with its surroundings appearing to be perpetually in motion. Under the first-glance guise of a round watch, its delicate dial reveals a gemstone serpent frame, while its precious tail slithers into the watch’s diamond bracelet. 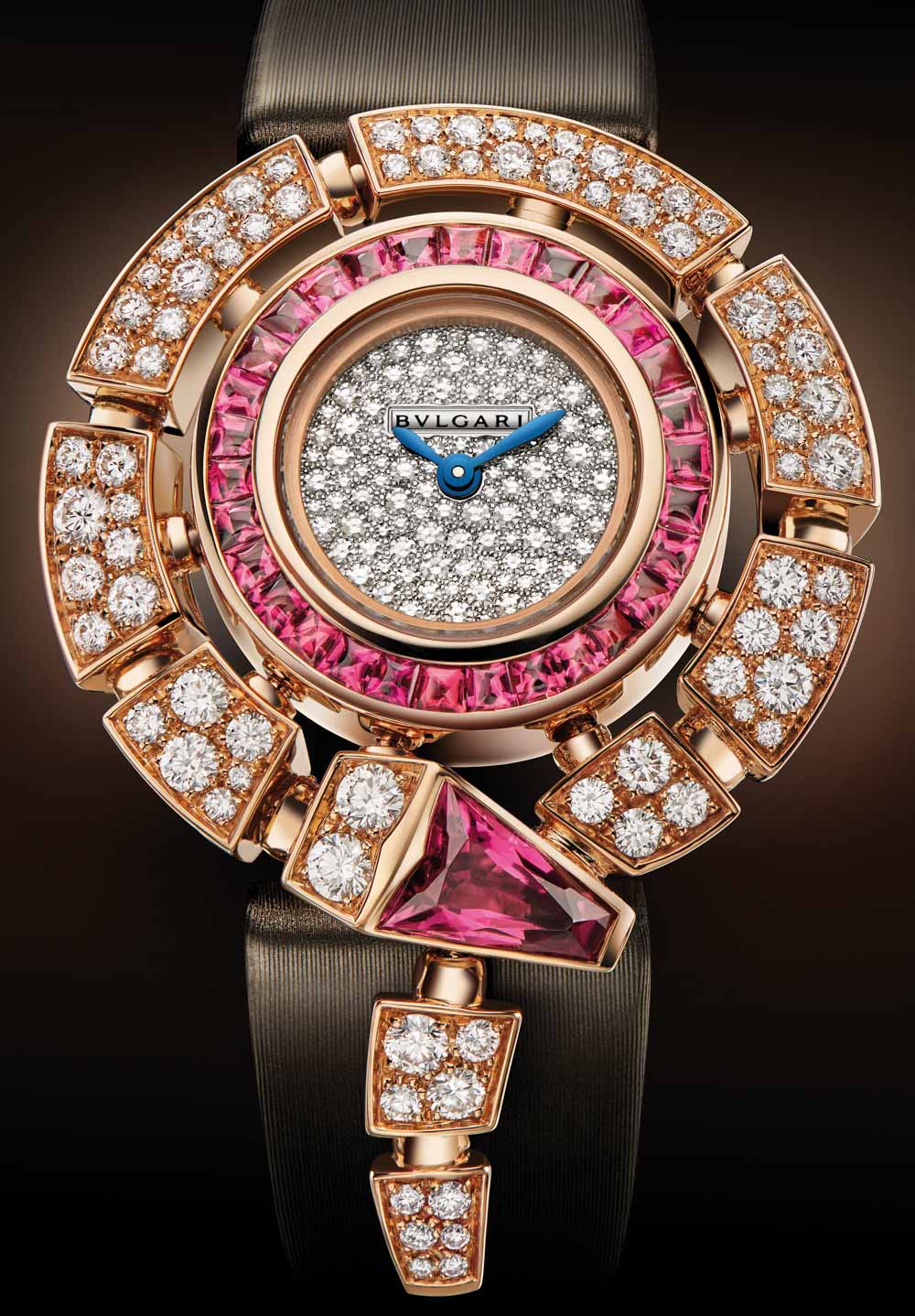 Geometrically shaped diamond elements produce a mastery of flexibility and wearability, as each is carved, hand-set, and assembled in Bulgari’s Haute Joaillerie atelier. The 18kt white or red gold case is 30 millimeters wide and houses a Bulgari-customized quartz movement – the only indications remain the hours and minutes, as displayed by the blued hands above the snow-pavé-set dial with 116 brilliant-cut diamonds. This coming together of complex case manufacturing techniques, vivid colors, and unique styling highlights the best of Bulgari and symbolizes the power of seduction of the woman who wears it. 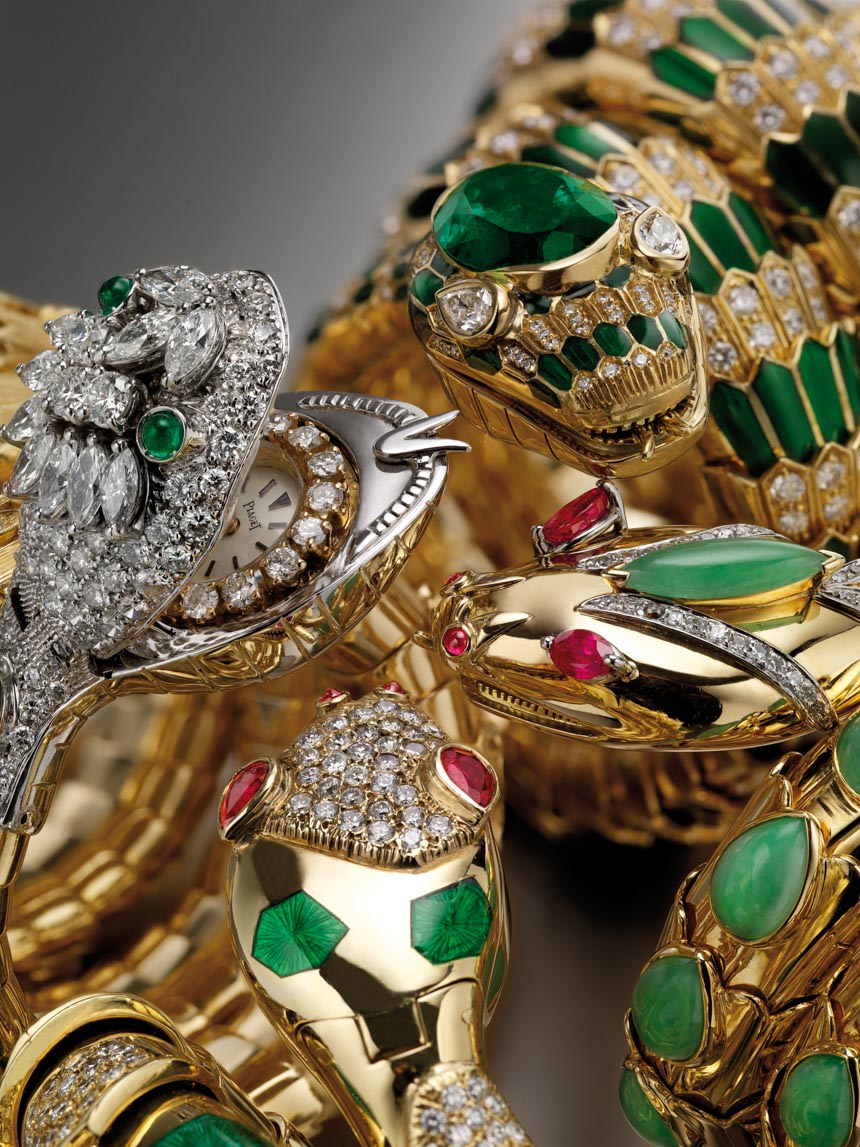 Whether interpreted in a realistic or geometrically abstract manner, the serpent encircles the most iconic Bulgari hallmarks together: a love for color, the juxtaposition of materials, a supple wearability, and innovative artisanal techniques. From rings, through timepieces, to entire collections, from simple everyday accessories all the way to the finest creations in high jewelry, the Bulgari Serpenti is more alive than it has ever been, looking back at a 2,700-year rich cultural history, and forward at a future where it remains as relevant as it ever could have been. bulgari.com