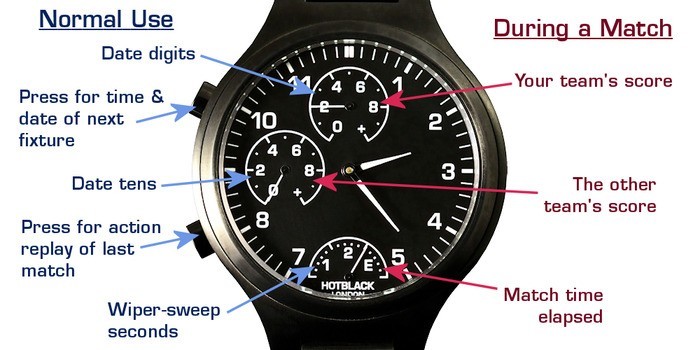 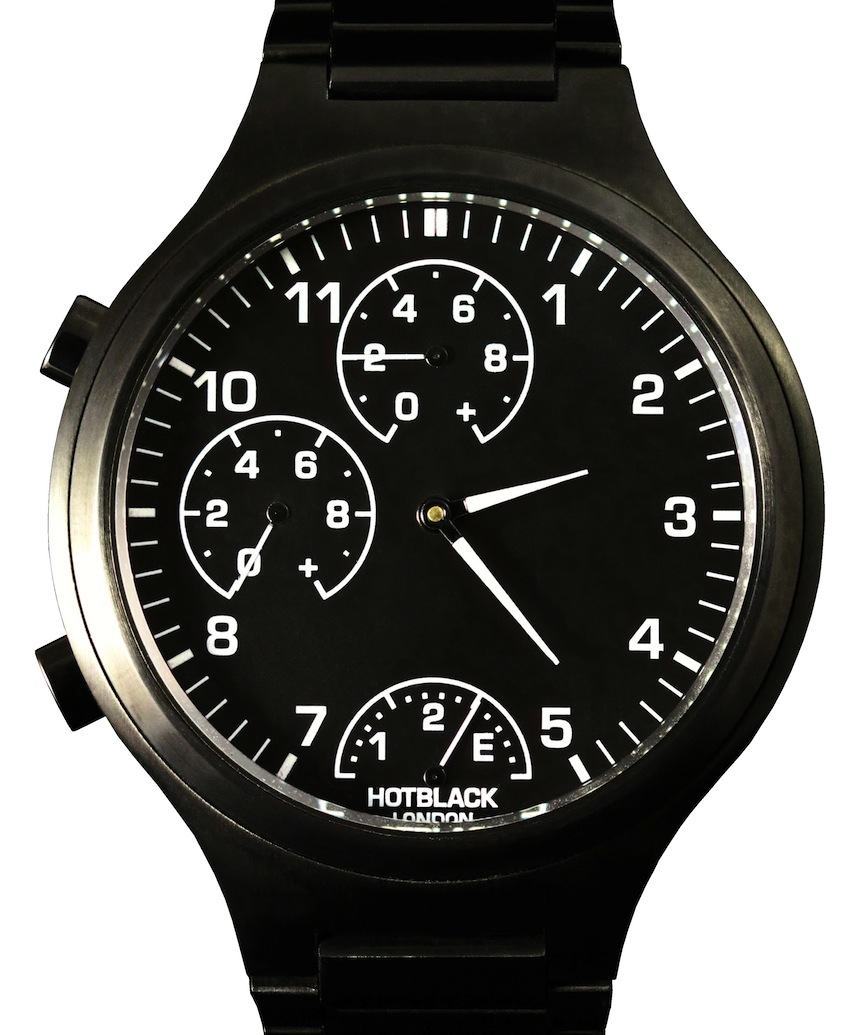 Hotblack London is a new smart watch brand established by British physicist and watchmaker, Richard Hoptroff. Simply called the “Hotblack watch,” this analog smart watch can display either the time and the date, or by the press of a button, the live score and the remaining time of any ongoing soccer match of the owner’s choice. Primarily known for his “No. 10” Atomic Pocket Watch for Hotblack London, Richard set out to create a wristwatch that is arguably much more wearable and affordable and is inspired by one of the greatest sport events of the year, the FIFA World Cup.

Held every four years and called the FIFA World Cup, the world soccer championship is an unstoppable marketing machine that absolutely no one on this planet could fully ignore. It should come as no surprise then that we see watch brands come up with new and interesting ways to get a slice of the international attention that surrounds the event. When it comes to the Hotblack smartwatch, the World Cup is relevant because the brand chose this time of year to debut their first model – despite that the first batch of watches will not be finished any sooner than October. And while the rather weird Hotblack name makes even less sense than that unfortunate timing, it is easy to see how the idea of having a watch displaying live match scores might make for a super cool gadget for soccer fans, as it allows for a quick and up-to-date tracking of the match that you simply cannot afford to miss.

Here is how it works. Housed in a 44 millimeter wide, black PVD coated stainless steel case is a quartz movement that was conceived by Richard Hoptroff and is proprietary to Hotblack London. Assembled in the United Kingdom using parts “sourced worldwide,” the movement uses analog displays to show either the hours, minutes, seconds on a retrograde scale at the 6 o’clock position and the date on its subdials or – and here comes the juicy bit for soccer fans – the score of your and its opponent team as well as the elapsed time of the match. As complicated as that sounds, the dial remains rather simple – and perhaps somewhat uninspiring, we should say. The two round subdials will display the score of the two playing teams while the subdial at the 6 o’clock position will display the elapsed time of the match.

The movement receives the momentary score of the match by connecting to an app on the owner’s iPhone or Android phone via a “Bluetooth Low Energy Radio.” The app accesses the Sports Data Server over the internet and synchronizes the score with the watch in real time. What the owner has to do is select the match he or she wants to follow and once the game begins, the app will start following the score and synchronizing it with the watch. Another lovely feature is that the wearer can use the app to track his favorite teams of any major football league, meaning that the app and the watch will automatically follow every match the team plays and display the latest result on the dial. The movement will run on a lithium battery and Hotblack estimates the battery life of the watch to be around three years; a result that sounds very promising and goes to show the potential in the low energy Bluetooth standards. 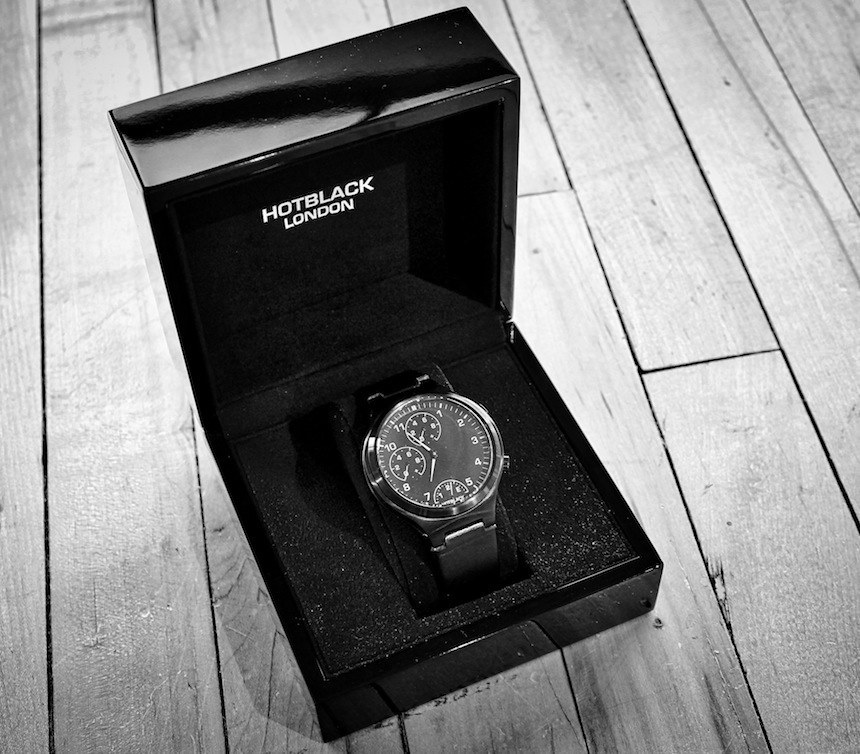 At this point the Hotblack smartwatch is still in a prototype phase with the launch campaign starting on June 23 and again, the finished product will start shipping around October. Although it is a bit of a shame to see this watch miss out on the World Cup itself, we feel that the hardcore watch fan looking for a cool and actually useful gadget to track his/her favorite team should make up for that delay. Ultimately, the Hotblack smartwatch will cost £990 or around $1,650 , with early bird prices ranging from around $675 to $1,175. hotblacklondon.com