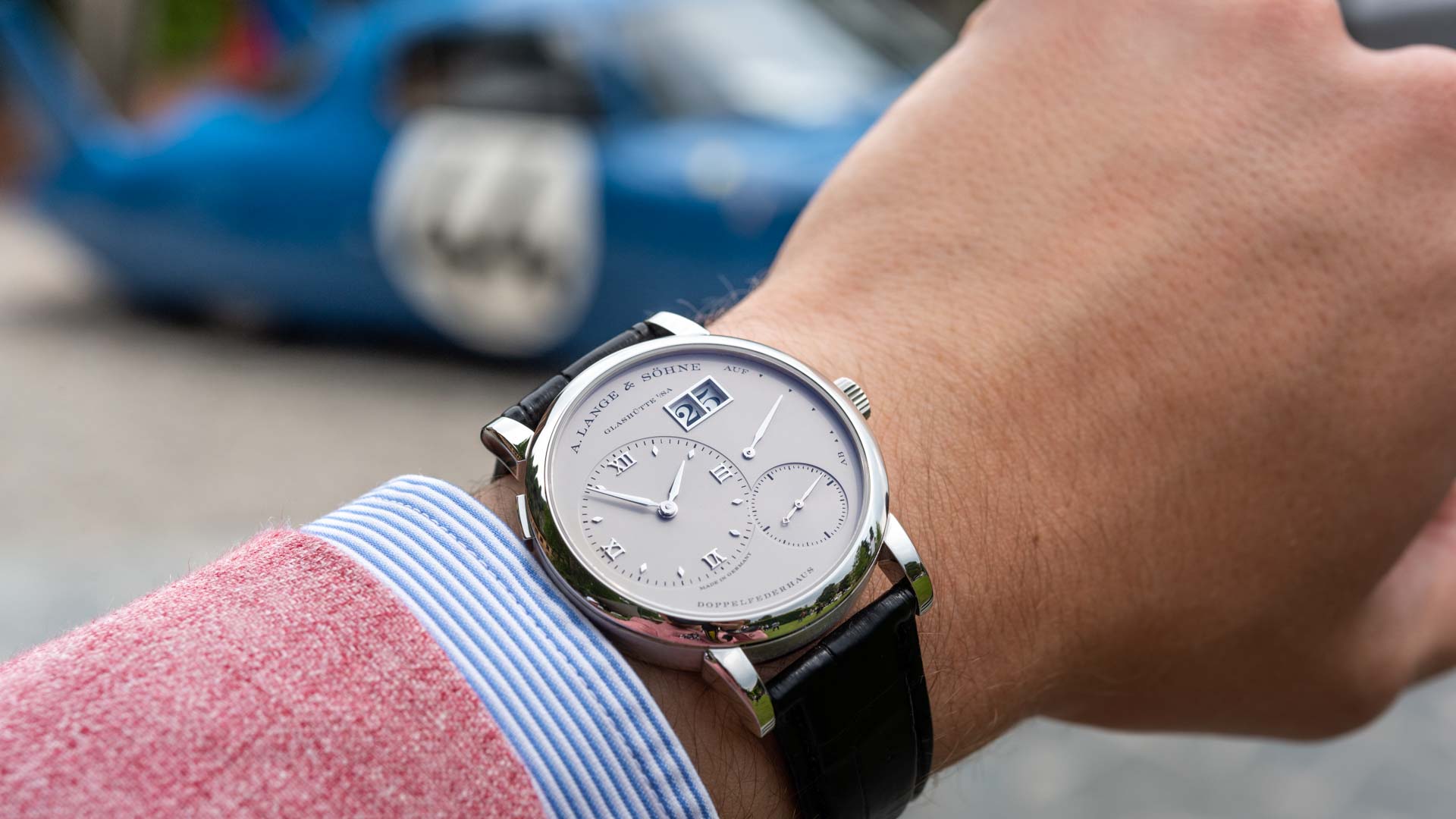 How & Why A. Lange & Söhne Does The Concorso d’Eleganza Villa d’Este 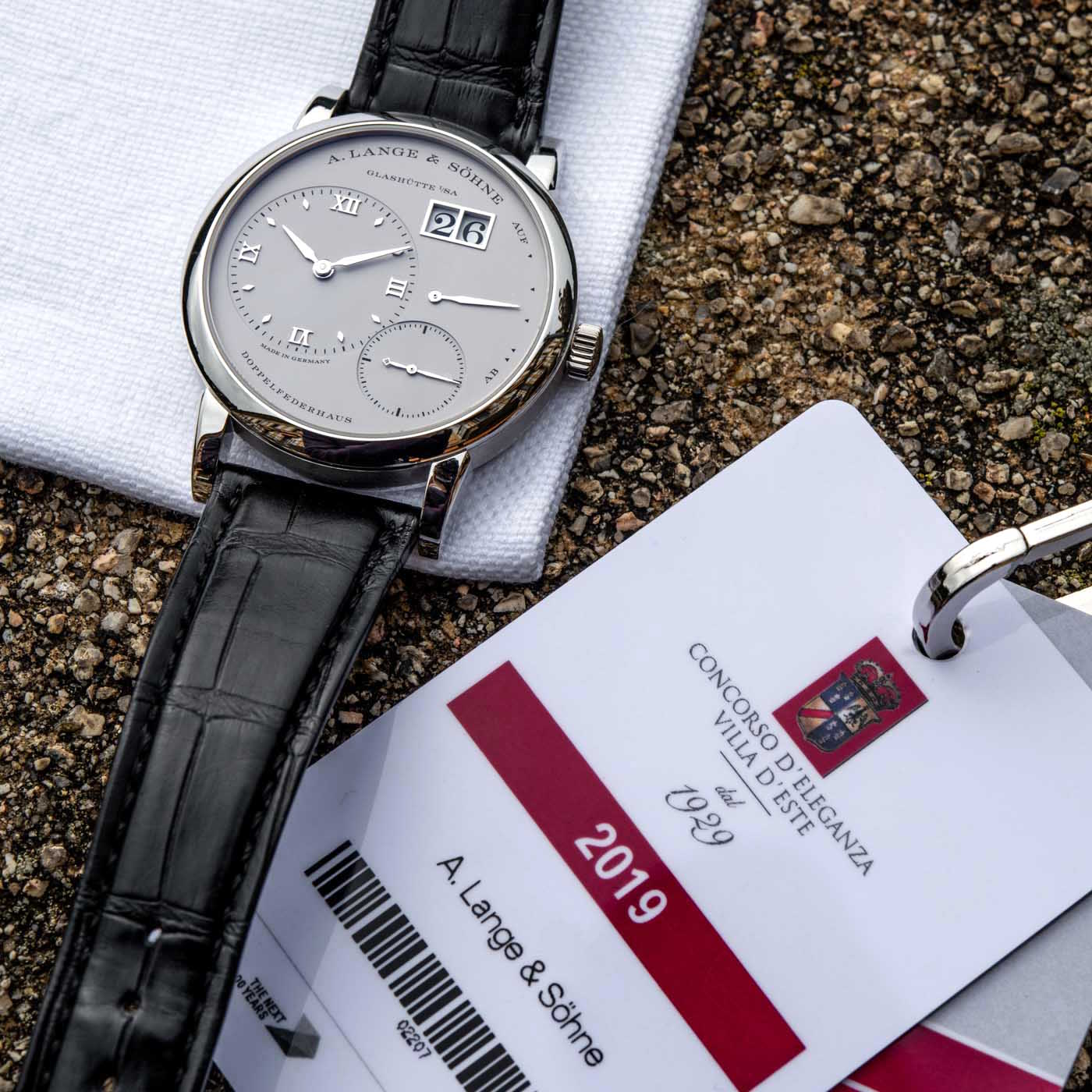 There are but a few things we watch enthusiasts can all agree on, but any of us would be hard pressed to argue against the fact that A. Lange & Söhne likes a challenge. In its established modus operandi, the Saxon luxury watch manufacture spends years designing its latest extremely complicated watch, spends just as long training its watchmakers who can actually make it, and then they assemble said extremely complicated watch. Twice. Strangely enough, I figure it’s the same spirited, stubborn, and fearless mentality that, year after year, makes A. Lange & Söhne partner with the Concorso d’Eleganza Villa d’Este — a celebration and competition of million-dollar automotive royalty. 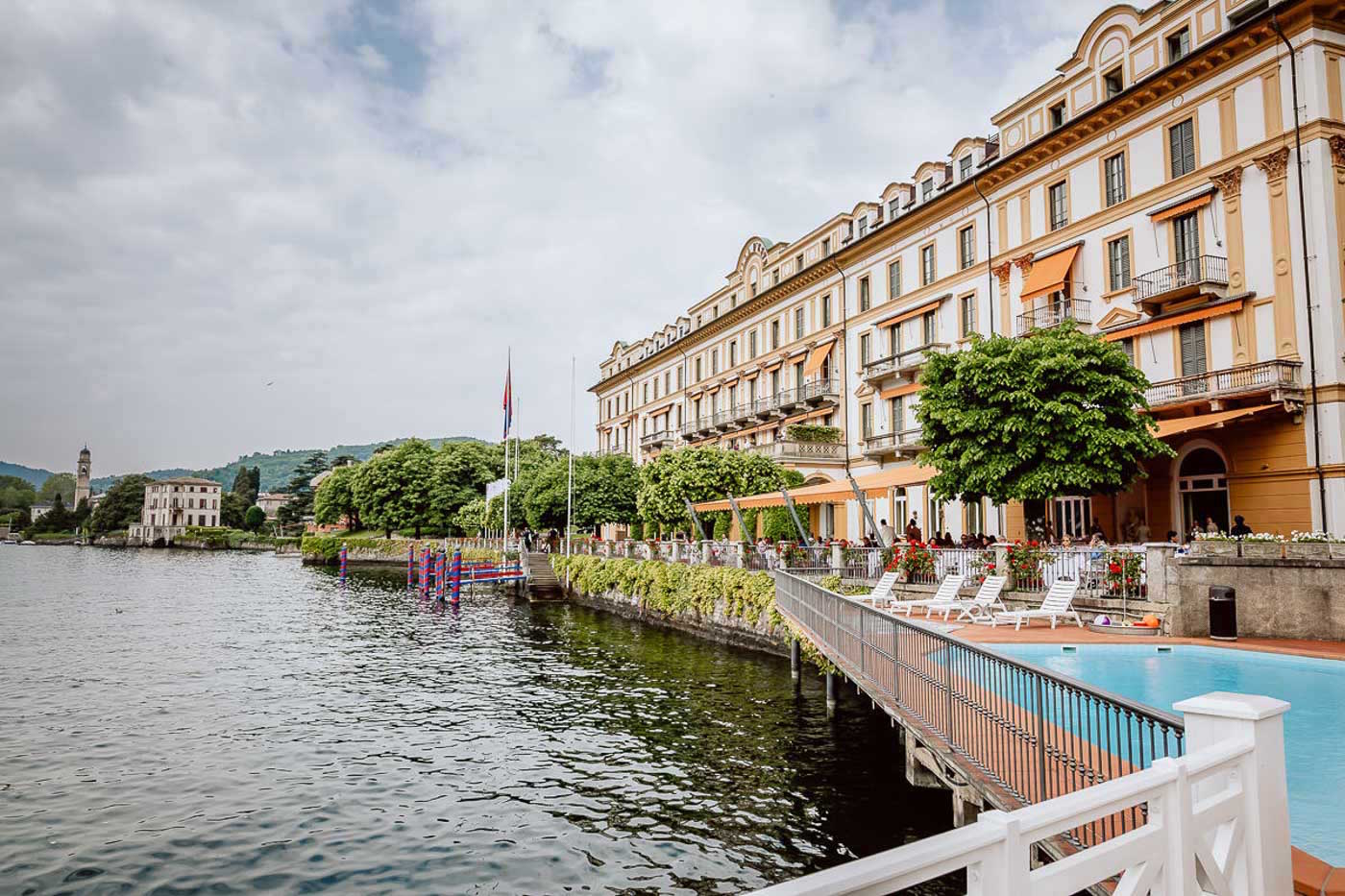 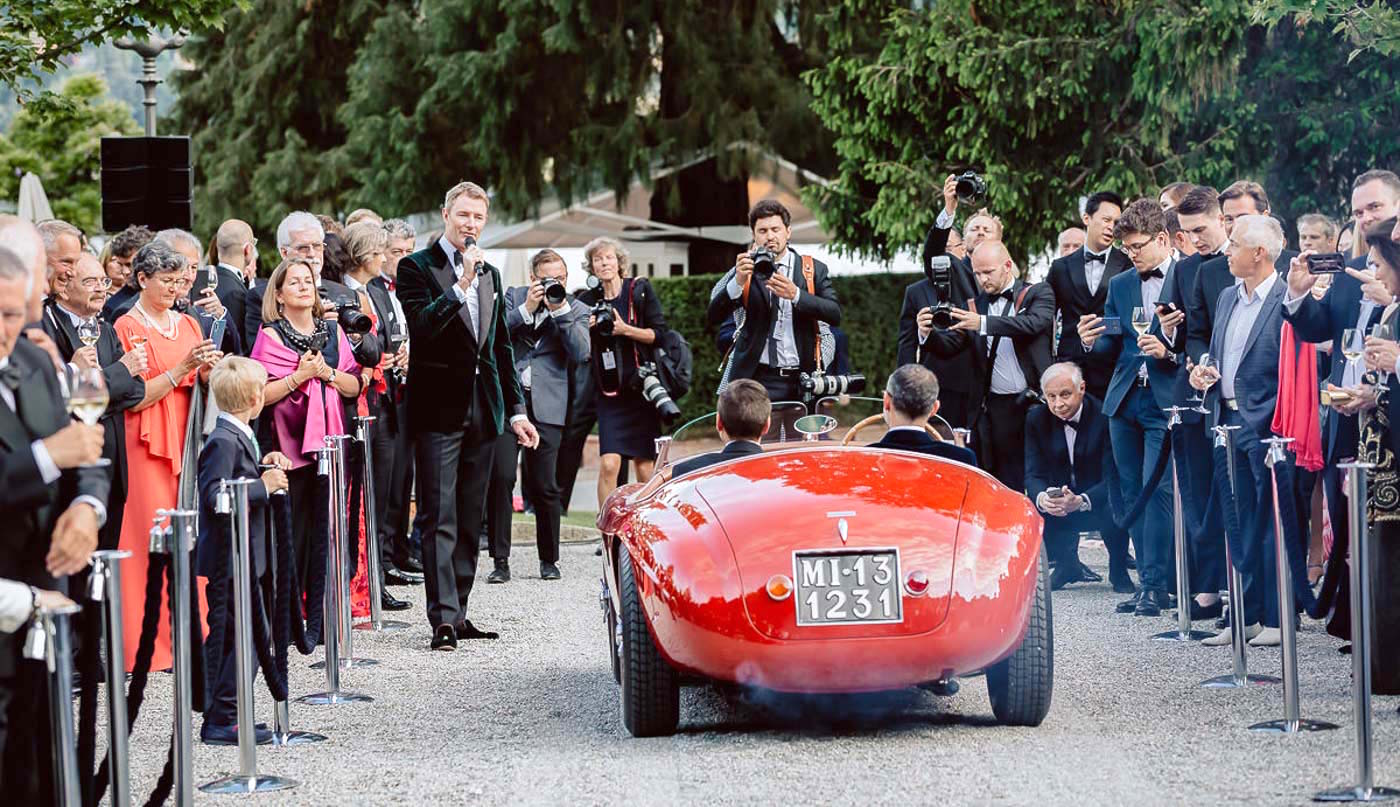 “A celebration of million-dollar automotive royalty” — that does make for the worrying prospect of a pinky-lifting, champagne-slurping, ultra-snooty event, doesn’t it? Well, on the surface at least, that prospect is reality. Make no mistake, though: in high probability, you too would, in one way or another, be smitten by the grandeur of the 16th century Villa or the landscape views from its gardens of Eden. But the point is precisely that one shall not get bogged down with the century-old snootdom that saturates the crisp air of this glamorous portion of Lake Como known as Cernobbio. 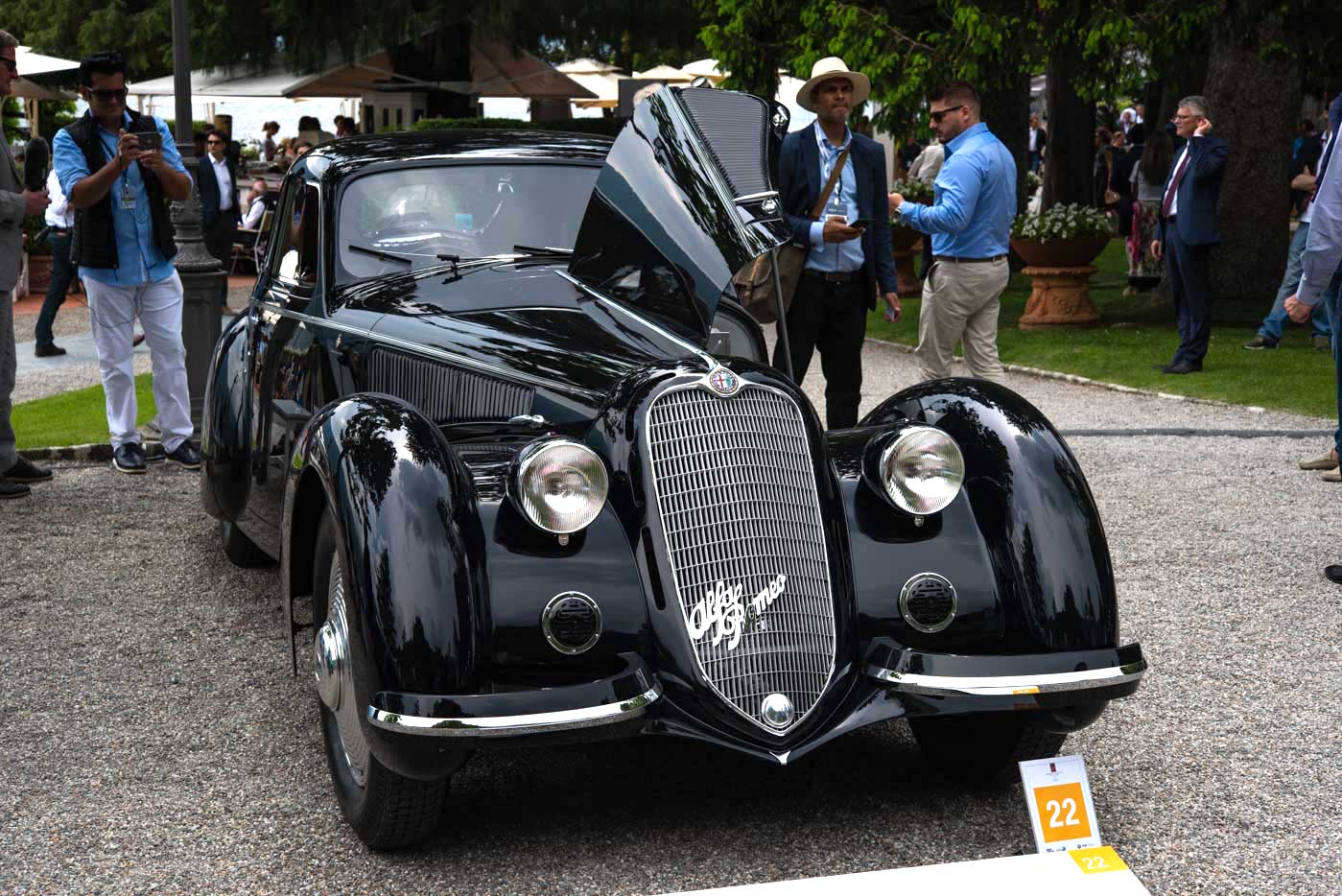 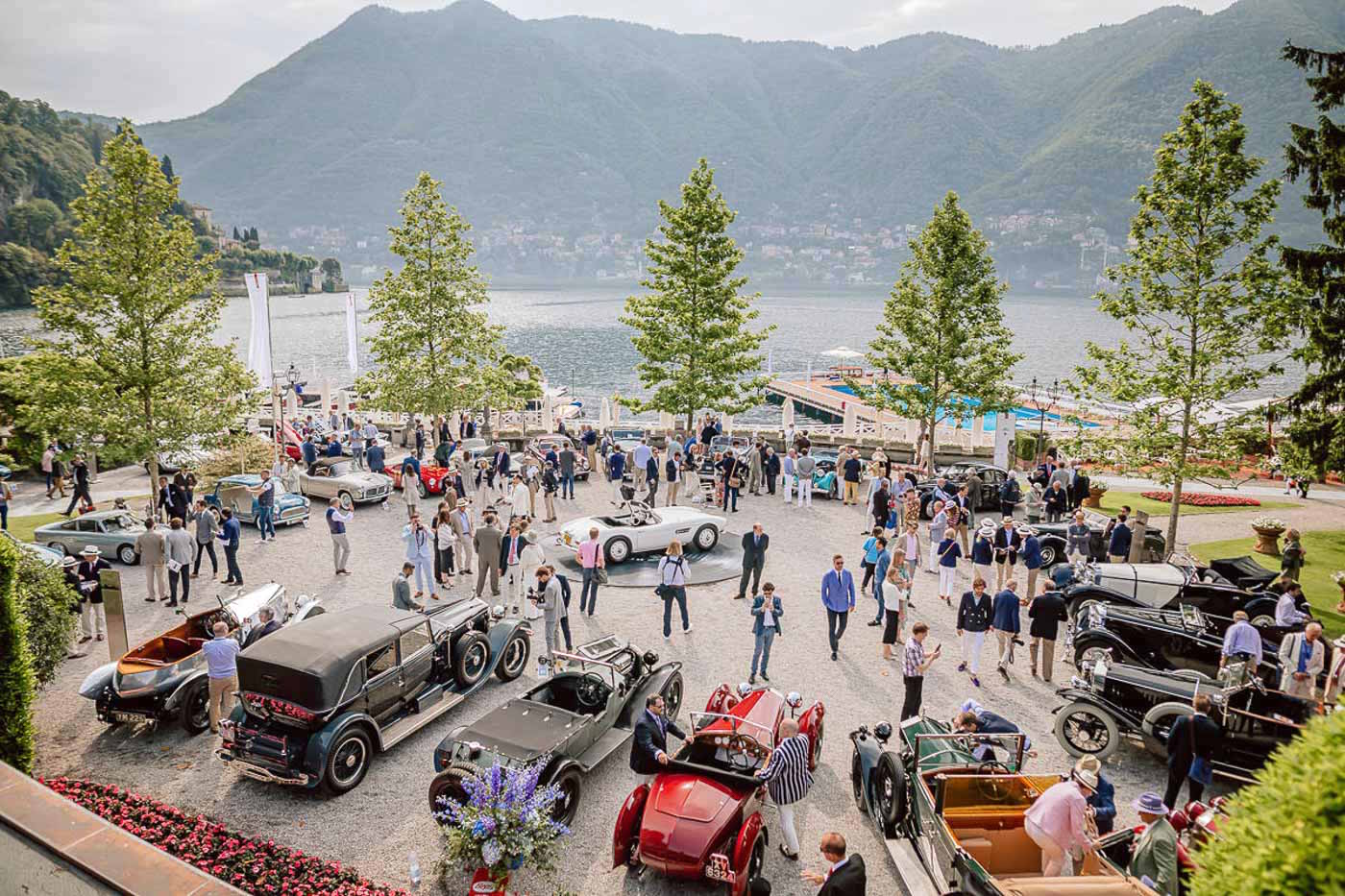 Once you’ve been dropped off by one of the latest and poshest BMWs — courtesy of event co-sponsor BMW — at the entrance and have navigated yourself through the unapologetically judgmental (but also desperately polite) staff of the hotel who, by the way, find no hardship in telling us try-hard well-dressed mortals apart from the decorated members of Old Money families. So, once you’ve been through all this, you find yourself steps away from the gently wobbling waters of Lake Como, and everywhere you look, all you see are some properly pretty shapes — on four wheels and two feet, alike. 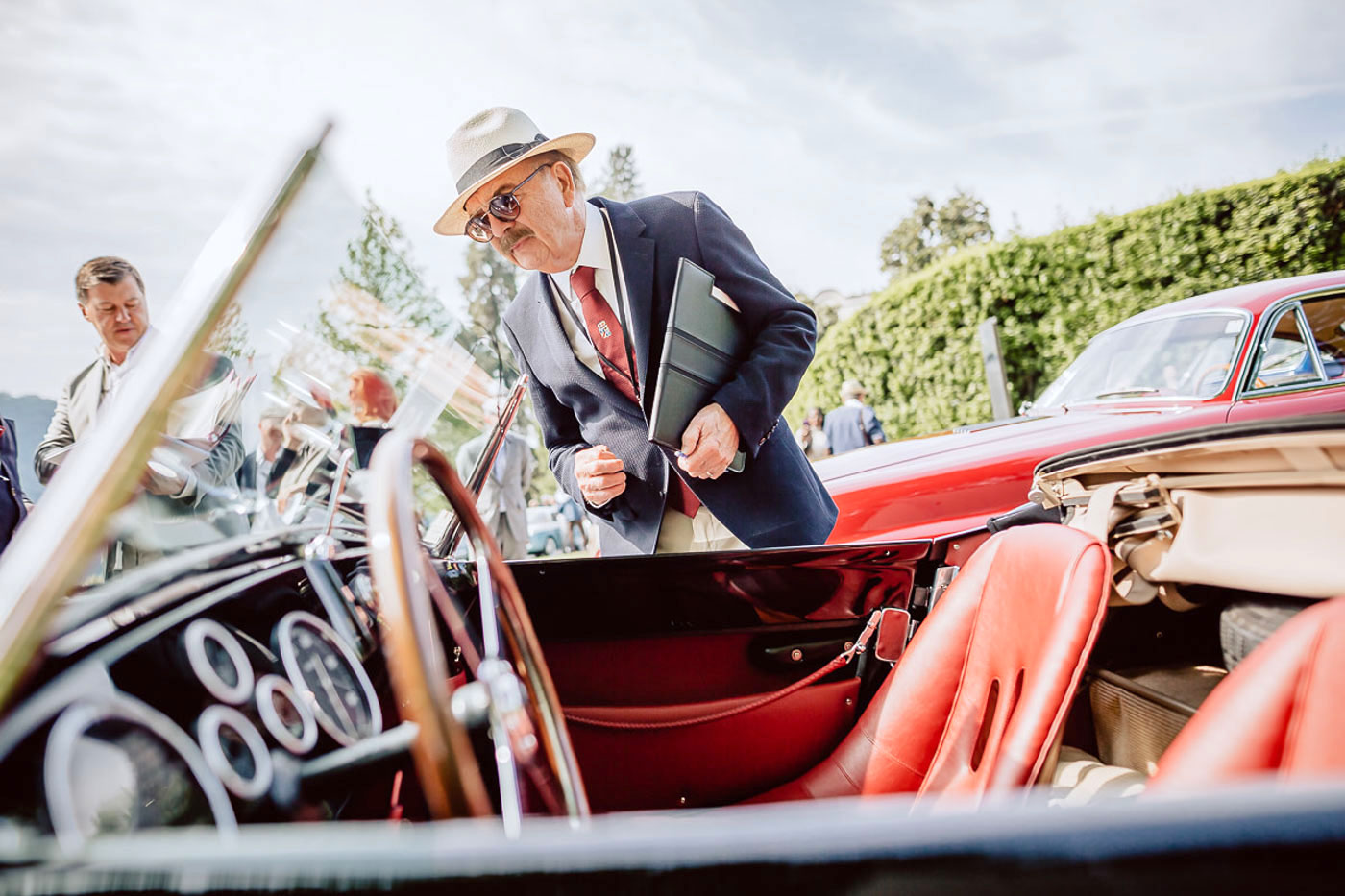 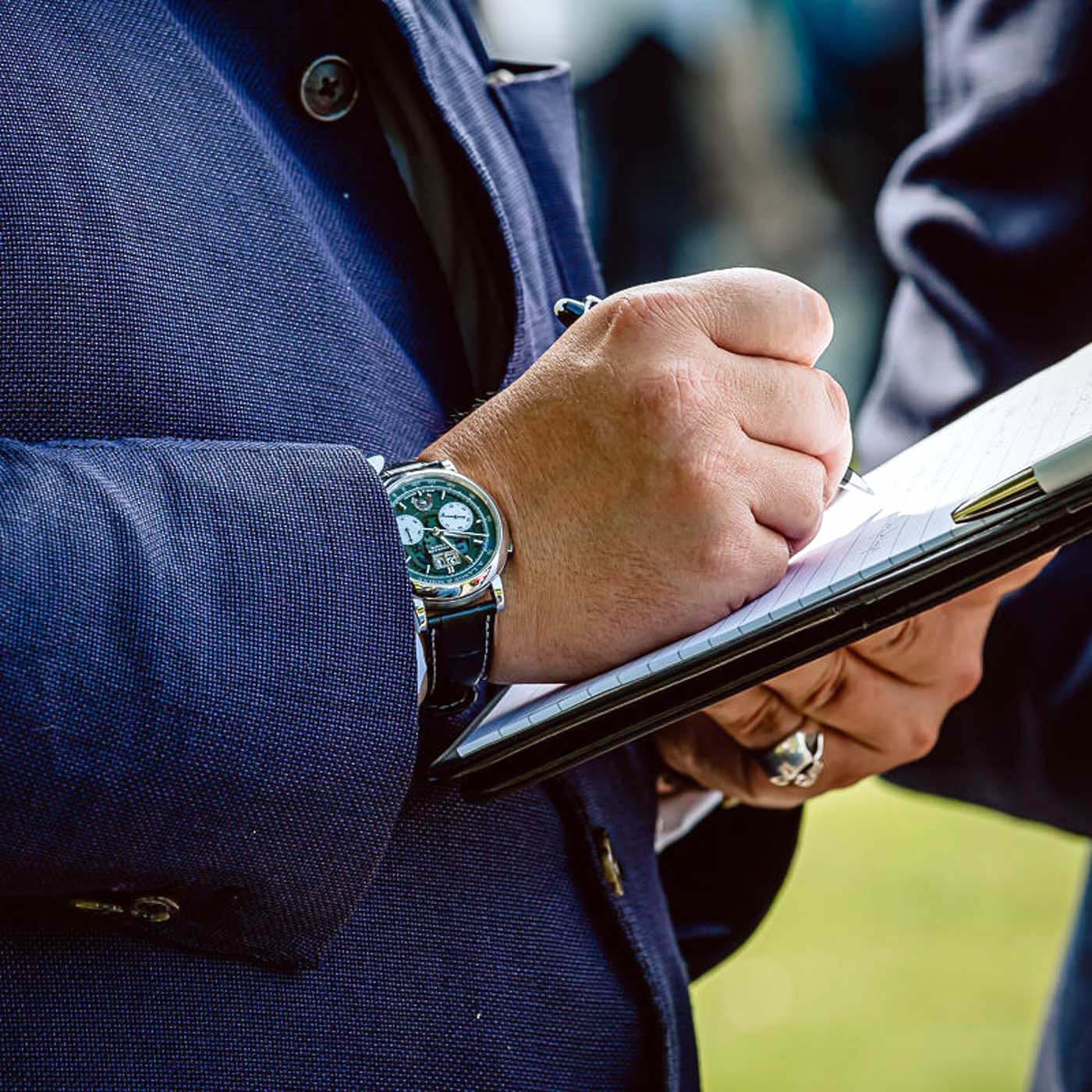 As I’ll explain very shortly, that is precisely where A. Lange & Söhne has taken on a challenge of a magnitude that I reckon few others in the industry appear to do. How? By addressing an issue that, sooner or later, is recognized by everyone who loves watches and cars equally: can a watch really be as exciting as a car? Obviously, this leads beyond this race for attention between a German watch brand and vintage cars. 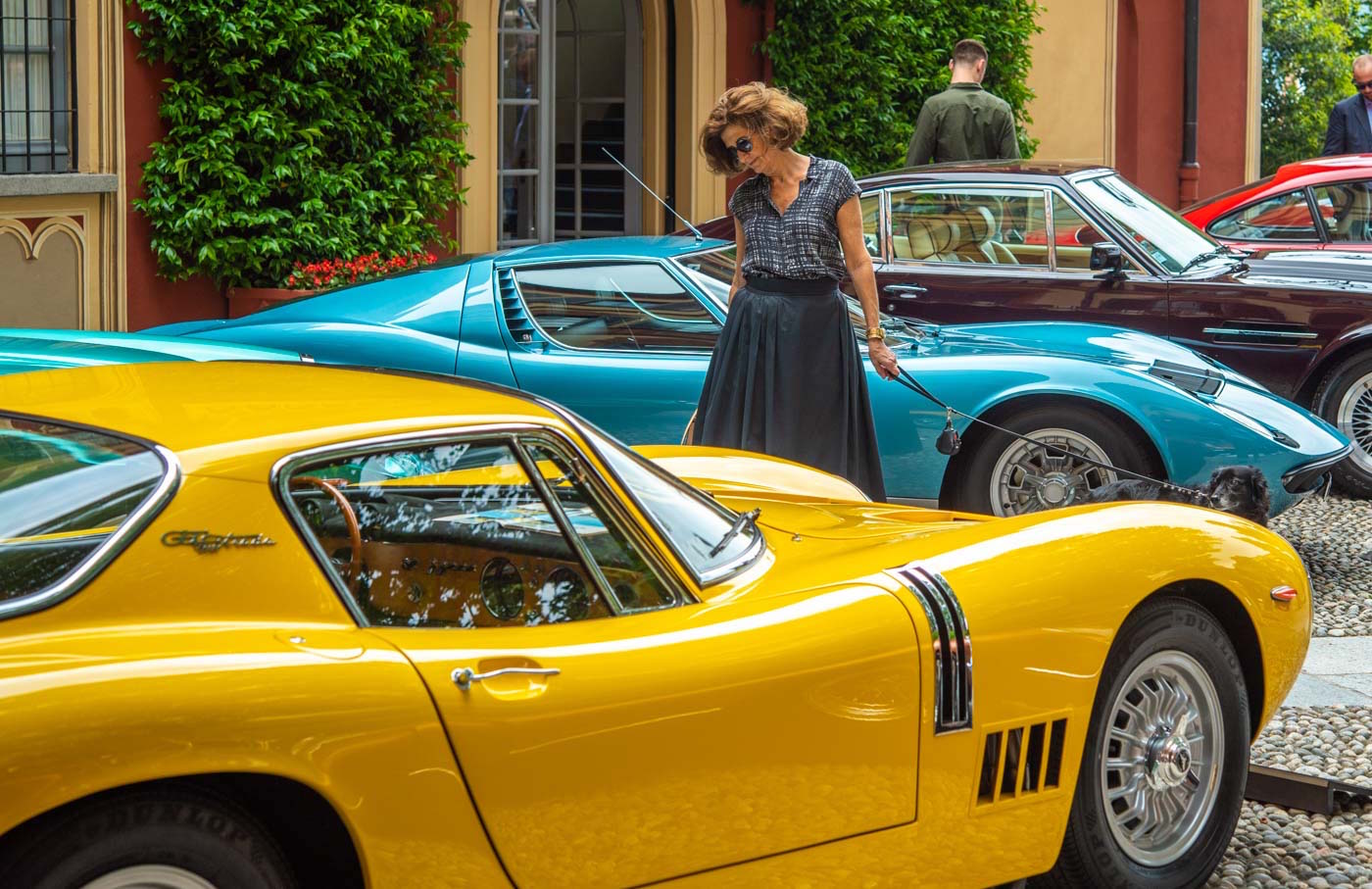 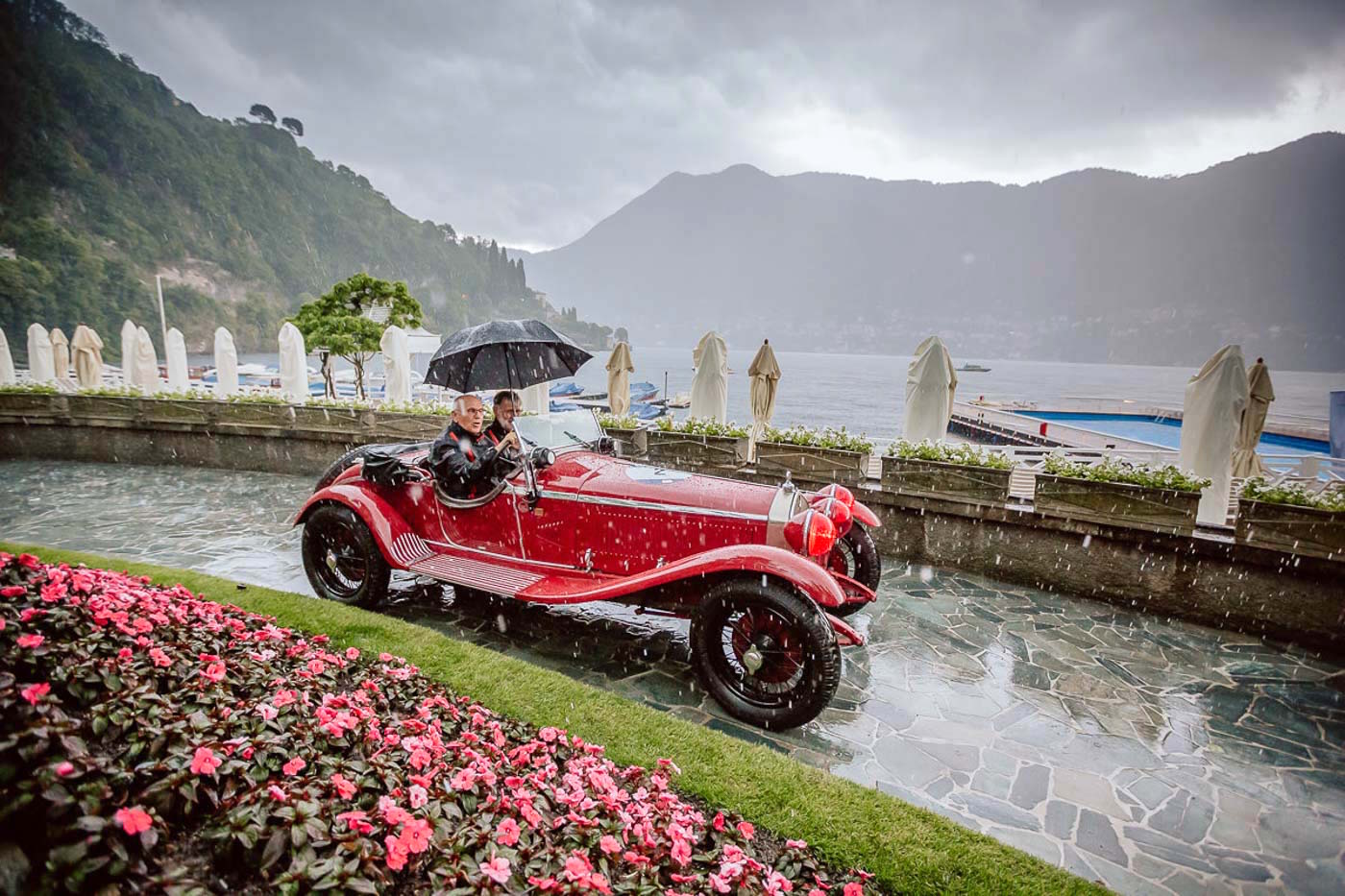 In essence, I’d settle for an answer that goes something like “Yes, watches can be as exciting but not in the same way.” That “not in the same way” actually stands for the much, much more difficult way that watches have to keep up. Cars, in my mind at least, have a sense of primordial excitement: they smell, sound, look, and feel great and, given their substantial size, are easy to appreciate and interact with. You already know what I’m going to say: mechanical watches, to most of us at least, are not like that at all. And I don’t find it a stretch to say that ~99% of all Concorso d’Eleganza Villa d’Este attendees would agree with that sentiment in a heartbeat. 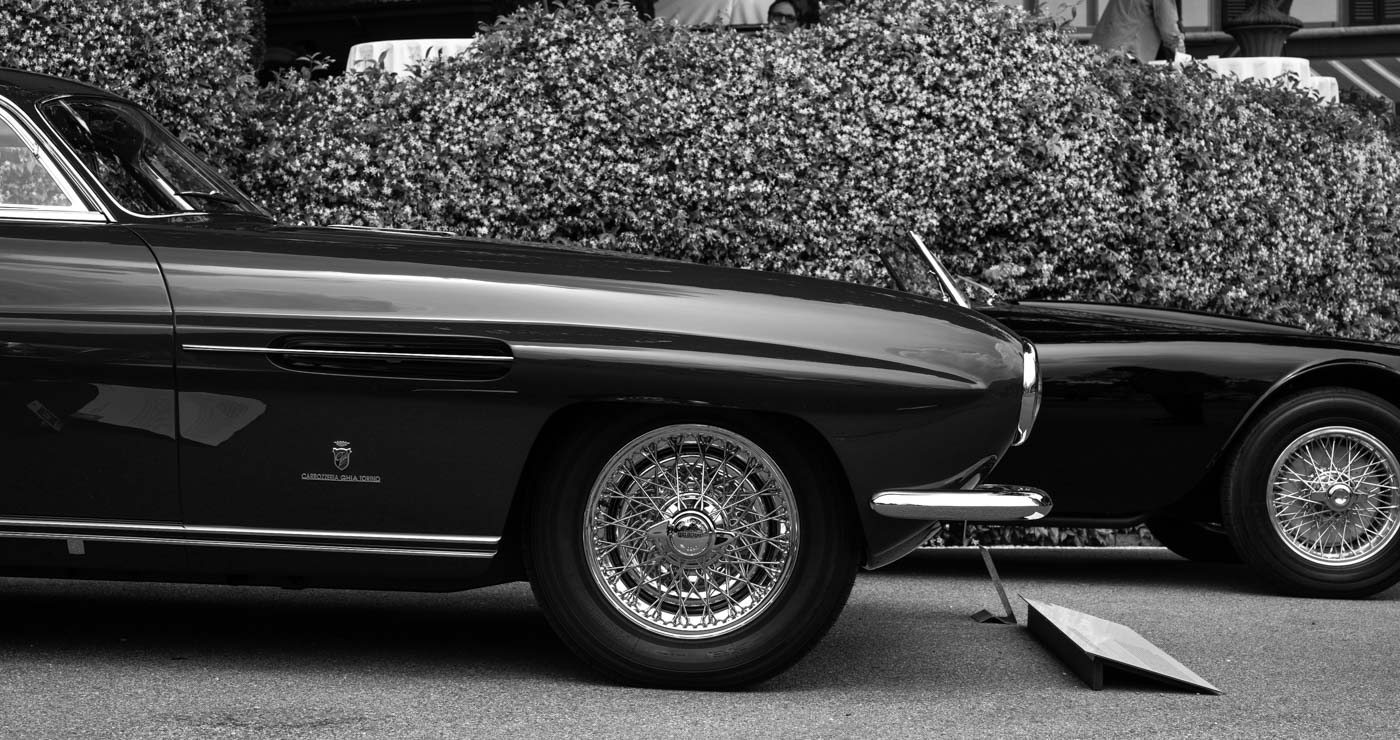 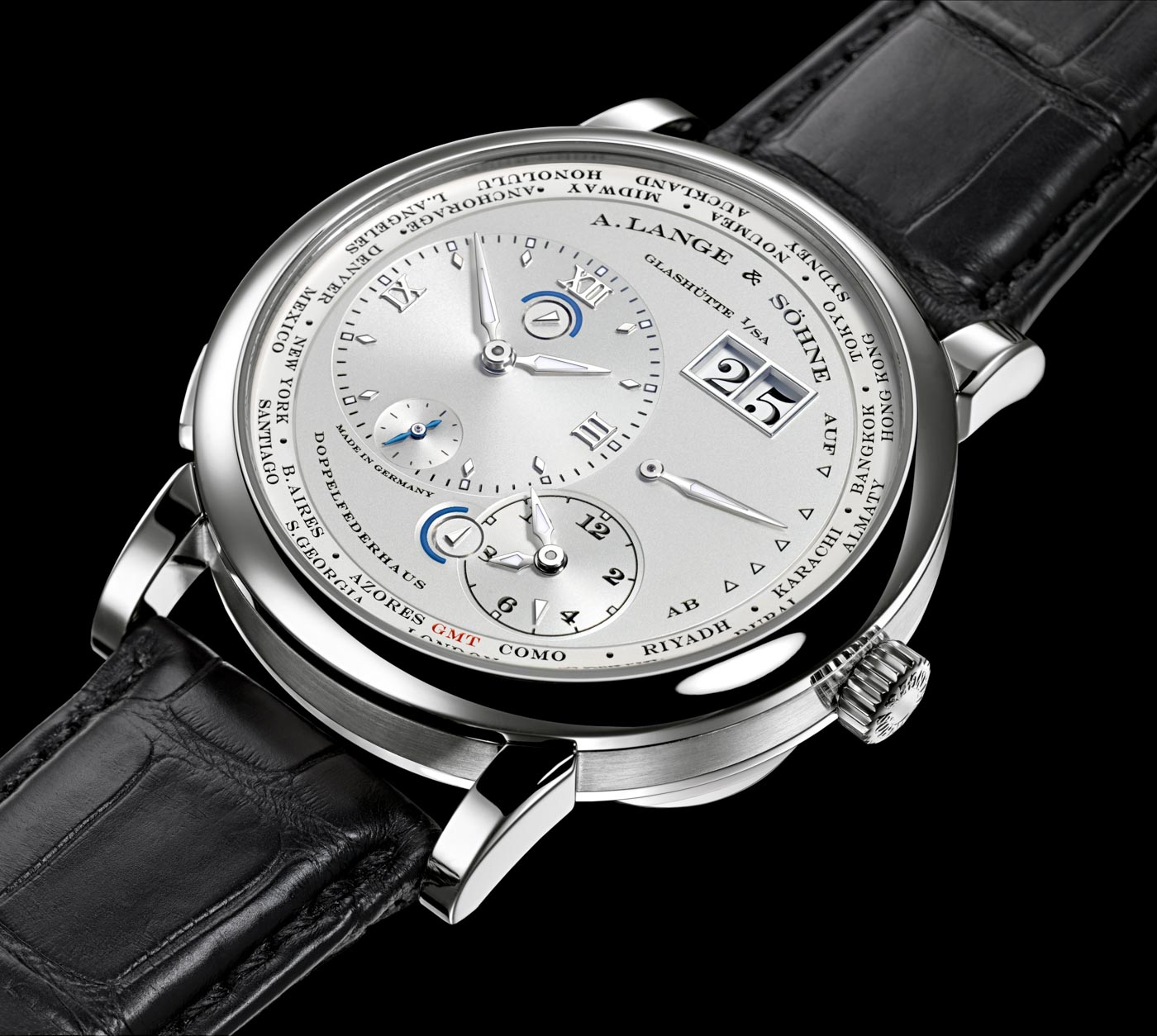 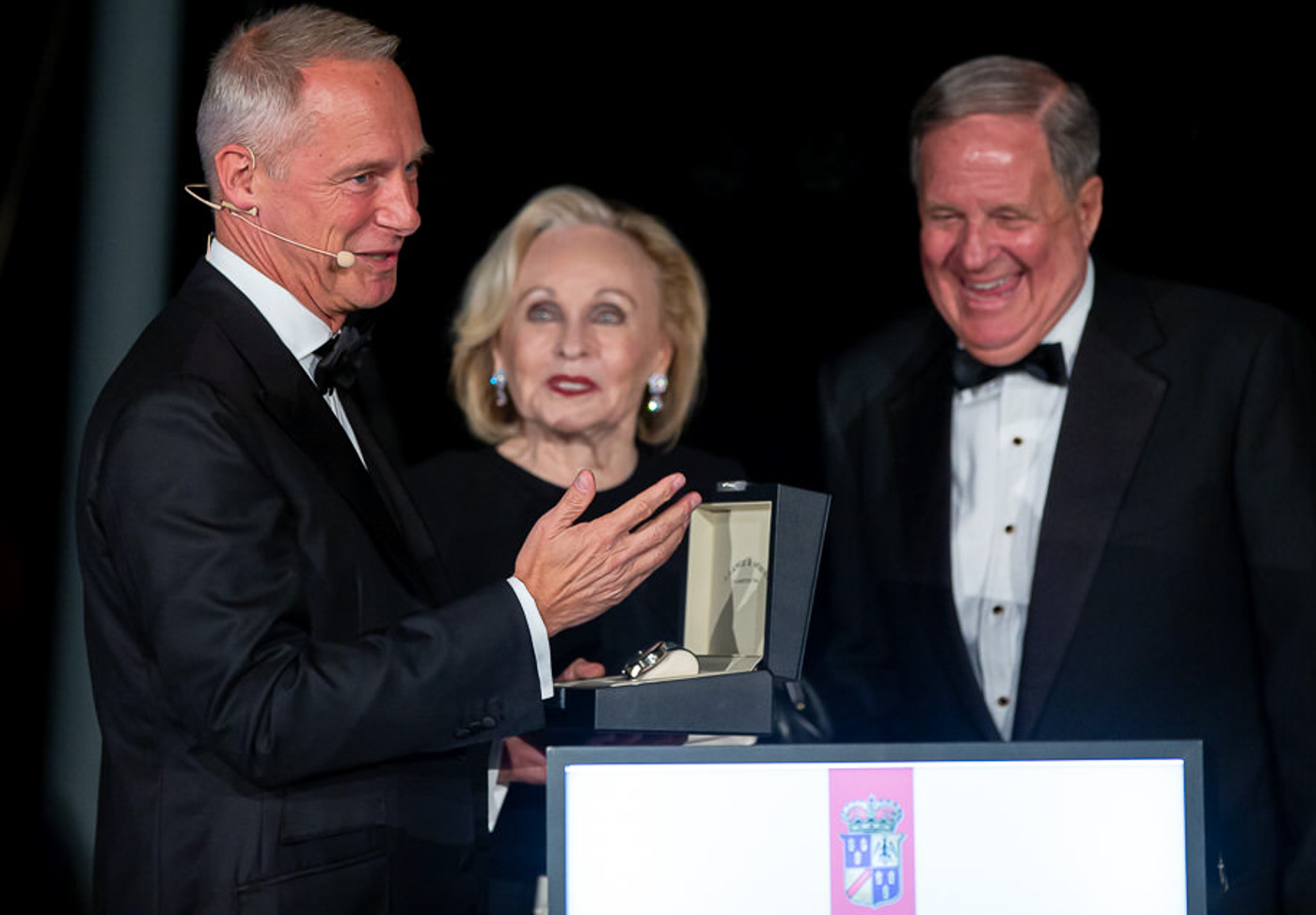 Every year the Best of Show of the Concorso d’Eleganza Villa d’Este receives a unique Lange 1 Time Zone, presented by A. Lange & Söhne CEO Wilhelm Schmid. The city disc features “Como” on it and the hunter-style caseback is engraved.

And that is why I respect A. Lange & Söhne’s partnership with this event — because it’s not afraid to measure the technical artistry in its Zeitwerk or the beauty of its Lange 1 against the technical artistry in a Ferrari 335’s V12 engine or the beauty of a Bizzarrini GT Strada 5300. That’s tough competition. Then there is the issue that, with all due respect, anyone with access to these cars is as spoiled with nice things as an entire season of MTV’s My Super Sweet 16 participants. So, for a brand to present itself at such a place, in front of such a crowd, and to propose (with its unusual humility) the idea of “please consider taking a look at our watches, you might find them interesting” is as harebrained an idea as it is an impressive one. 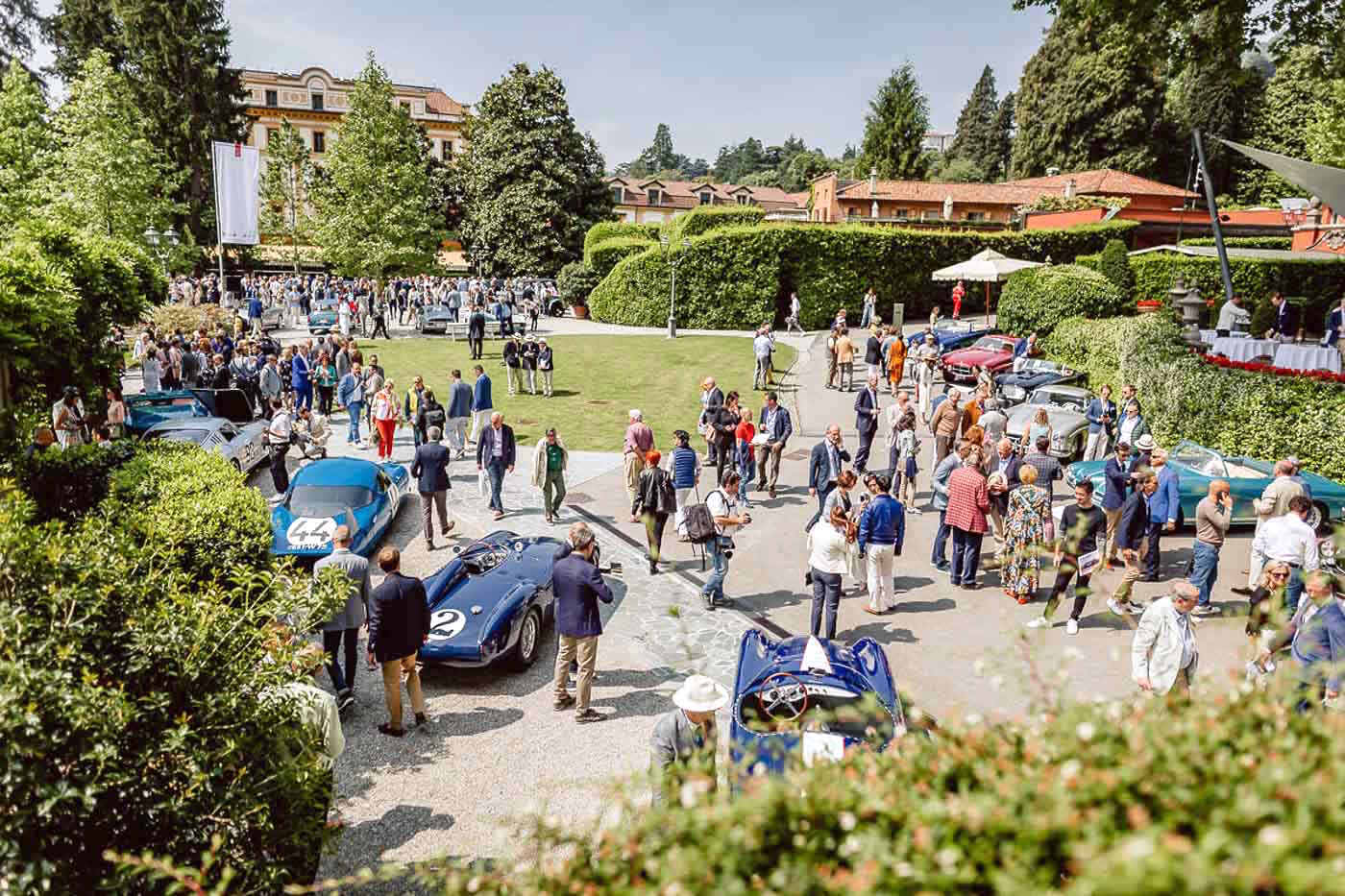 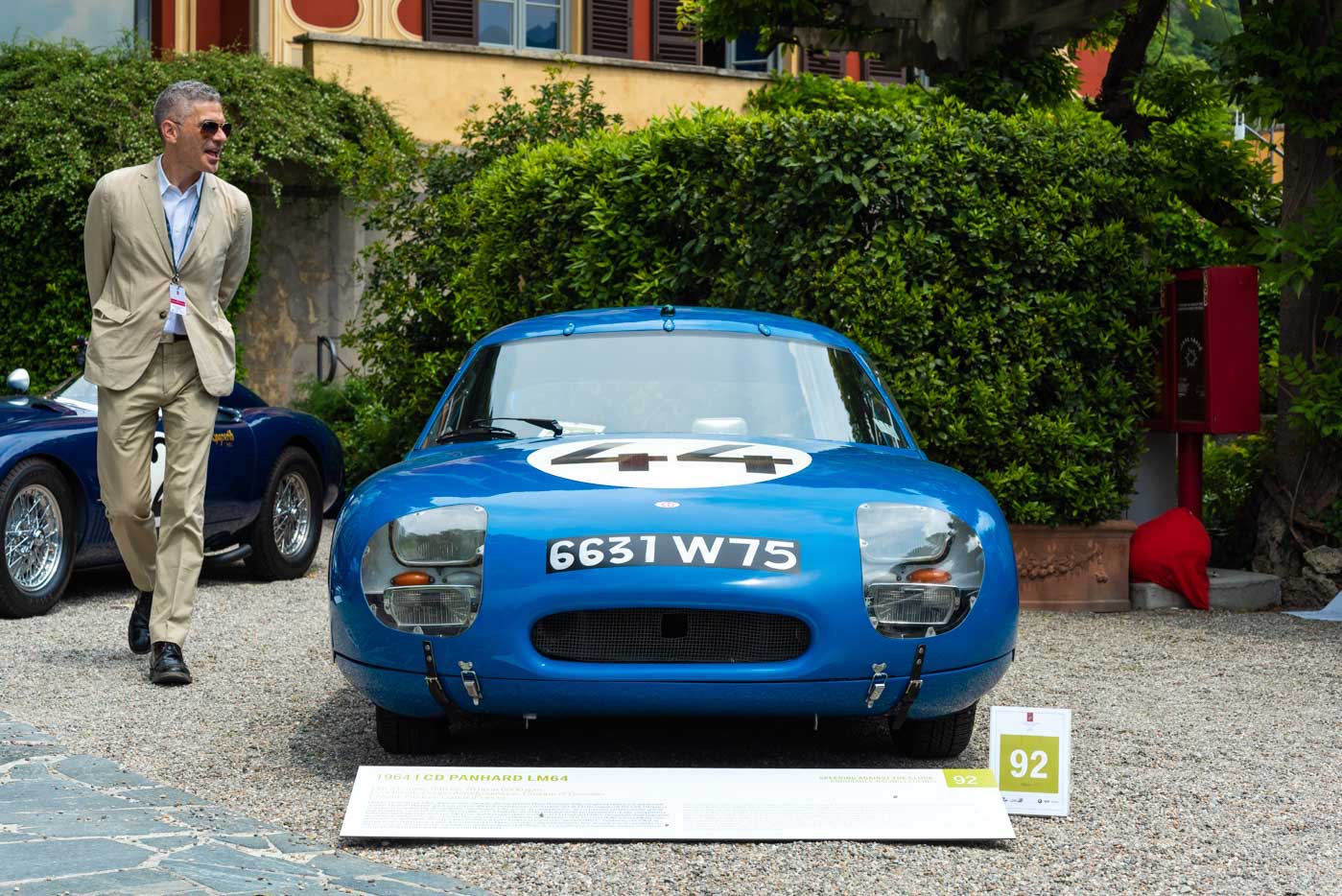 2019 marks my first ever visit to the Concorso d’Eleganza Villa d’Este — a jamboree I hitherto would have described as “a car event of sorts.” Well, my superficial understanding of it has been replaced by the crystal clear memory of seeing some of the finest examples in automotive history. And as I was making my first steps on the white gravel of Villa d’Este among these (on average) four-wheeled masterpieces, I assigned myself the duty of figuring out the German luxury watch manufacture’s place in it. 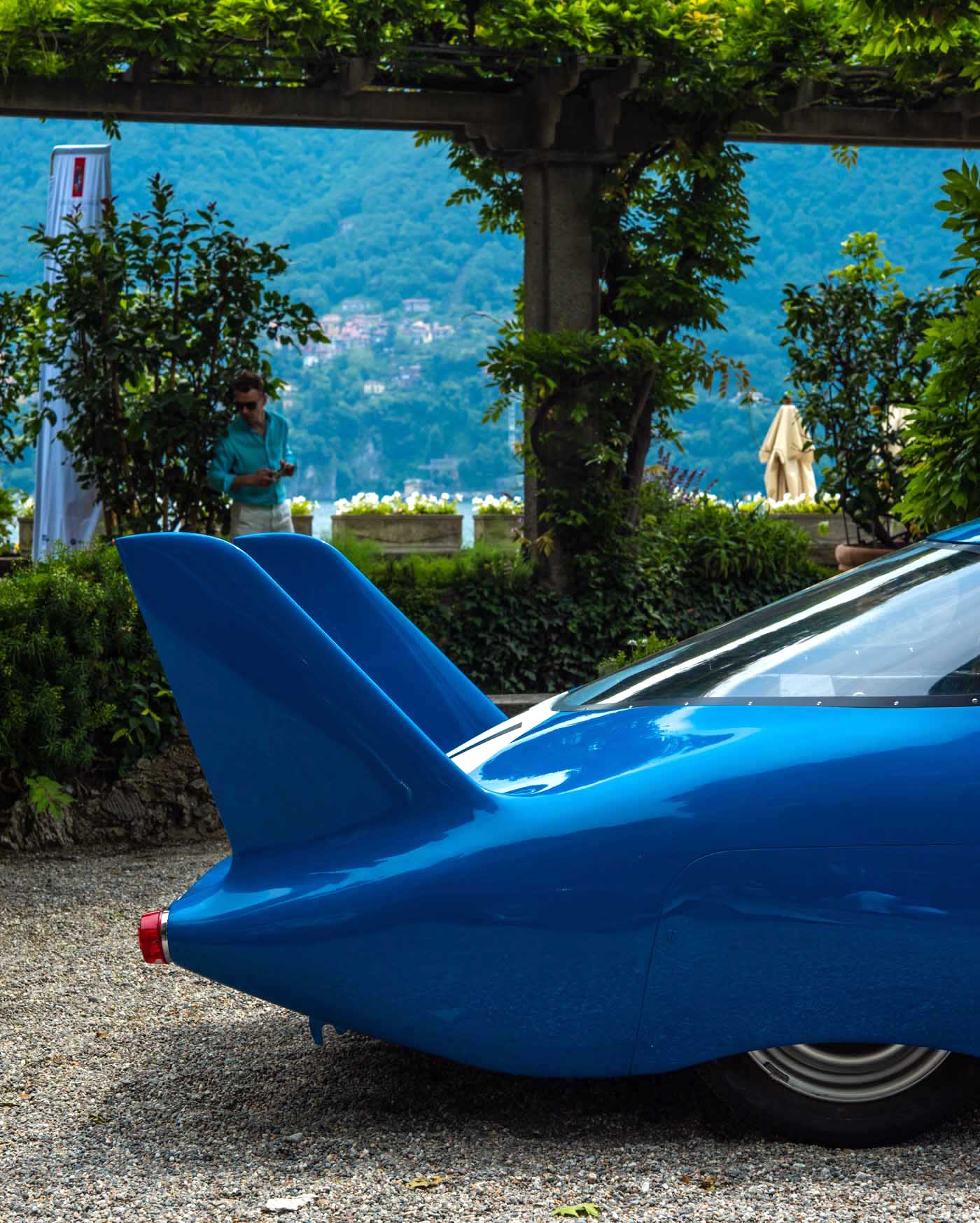 My personal favorite at the Concorso d’Eleganza Villa d’Este 2019 was this 1964 CD Panhard LM64 that, thanks to its aerodynamic design, could do 225kph (140mph) with a flat-2 cylinder engine and only 78 horsepower!

In my mind, there are two key elements to this, distinctly divided into those inside and those outside the event. To the outer world, it indicates the fact that A. Lange & Söhne is an accepted, valued, and returning partner of an august event. The fact that said event is not just a fair or an exhibition, but an actual contest of the aforementioned automotive royalty, where the winner receives a Lange watch, depicts Lange as a measure and a reward of excellent long-term performance — and that, being a very high-end luxury watch, it definitely is. This year’s Concorso d’Eleganza Villa d’Este fleet had cars dating everywhere between a 1914 Rolls-Royce Torpedo Phaeton-type 40/50 H.P. Silver Ghost to a 1989 Porsche 959 — proving the point that, as one of the judges told me, I am right to think that cars start to be considered “vintage” when they are 30 years or older. Technically, that makes me a vintage watch writer — though I’m not sure I’d want to be just that.