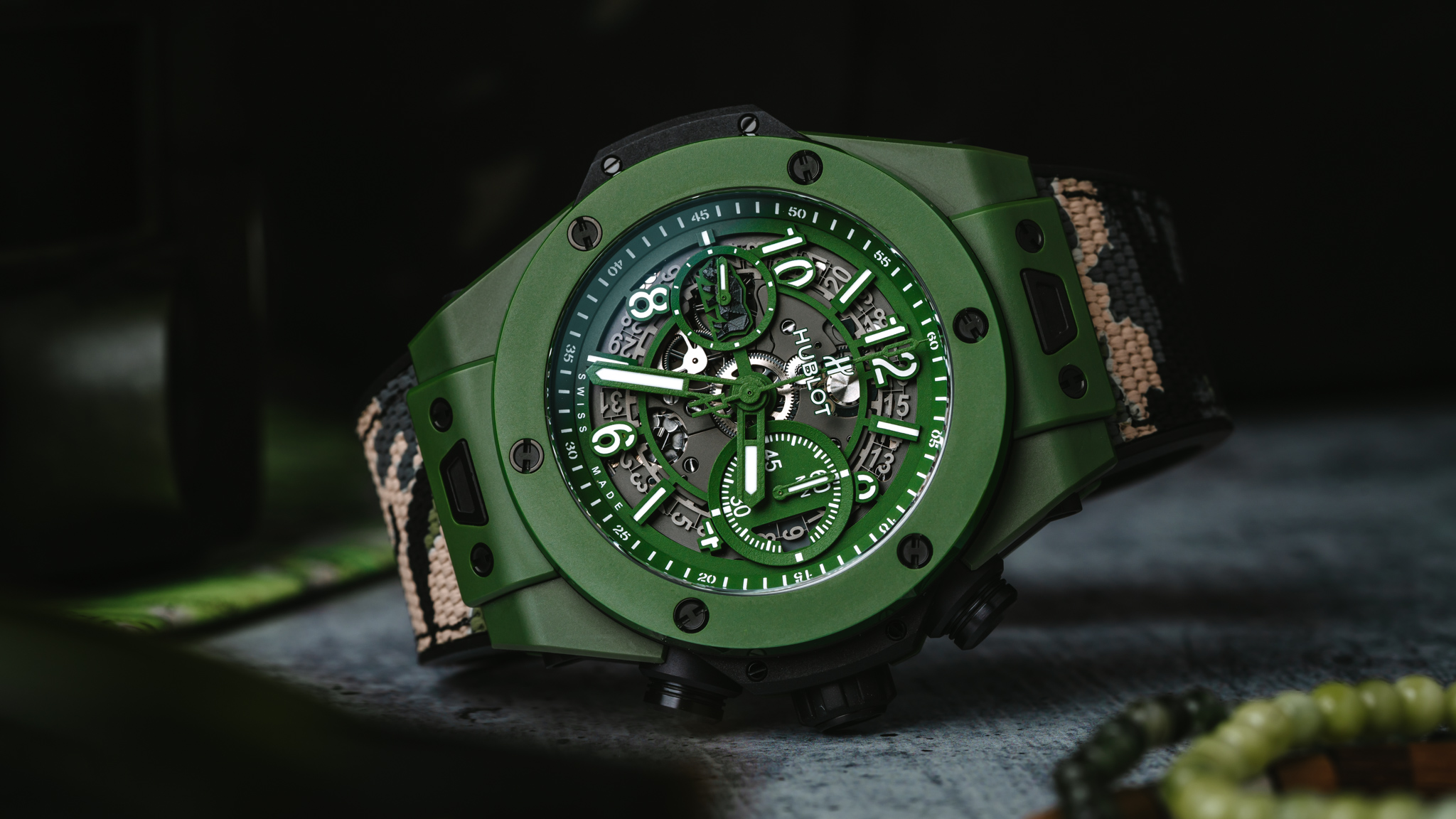 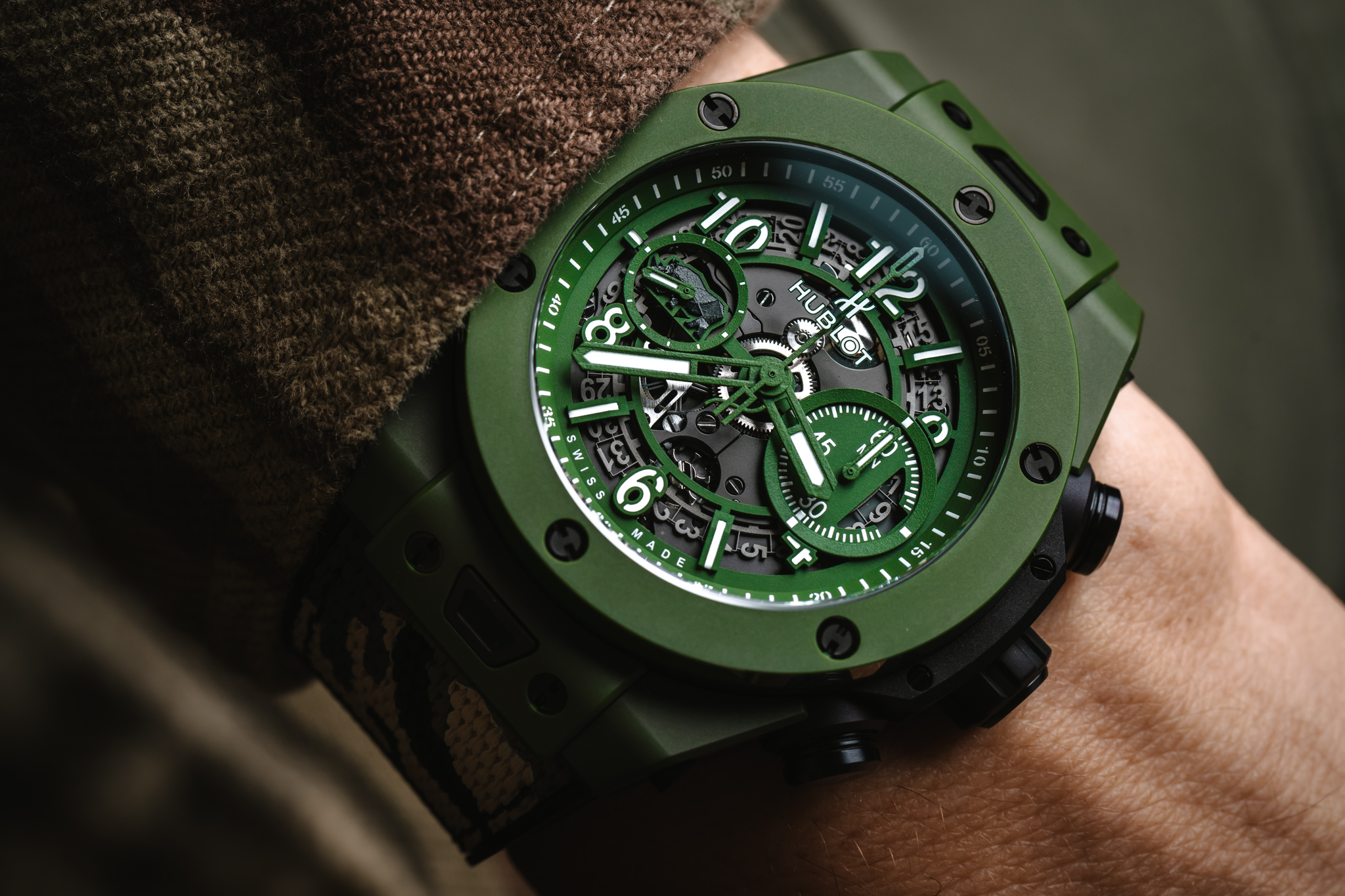 The only man I envy is the man who has not yet been to Africa – for he has so much to look forward to.” It’s an old refrain said to be originally coined by author Richard Mullin, but one that still echos through hazy Pinterest sunsets and Instagram captions promoting adventure tourism on an African safari. But draw back the eminently quotable curtain of the modern wanderlust machine and you discover that Mullin was really onto something eons before social media turned anything with meaning into a cliché. His words encapsulated the wonder and recognition of something bigger and more beautiful than what most are able to fathom or experience in a lifetime — until they go to Africa, of course. 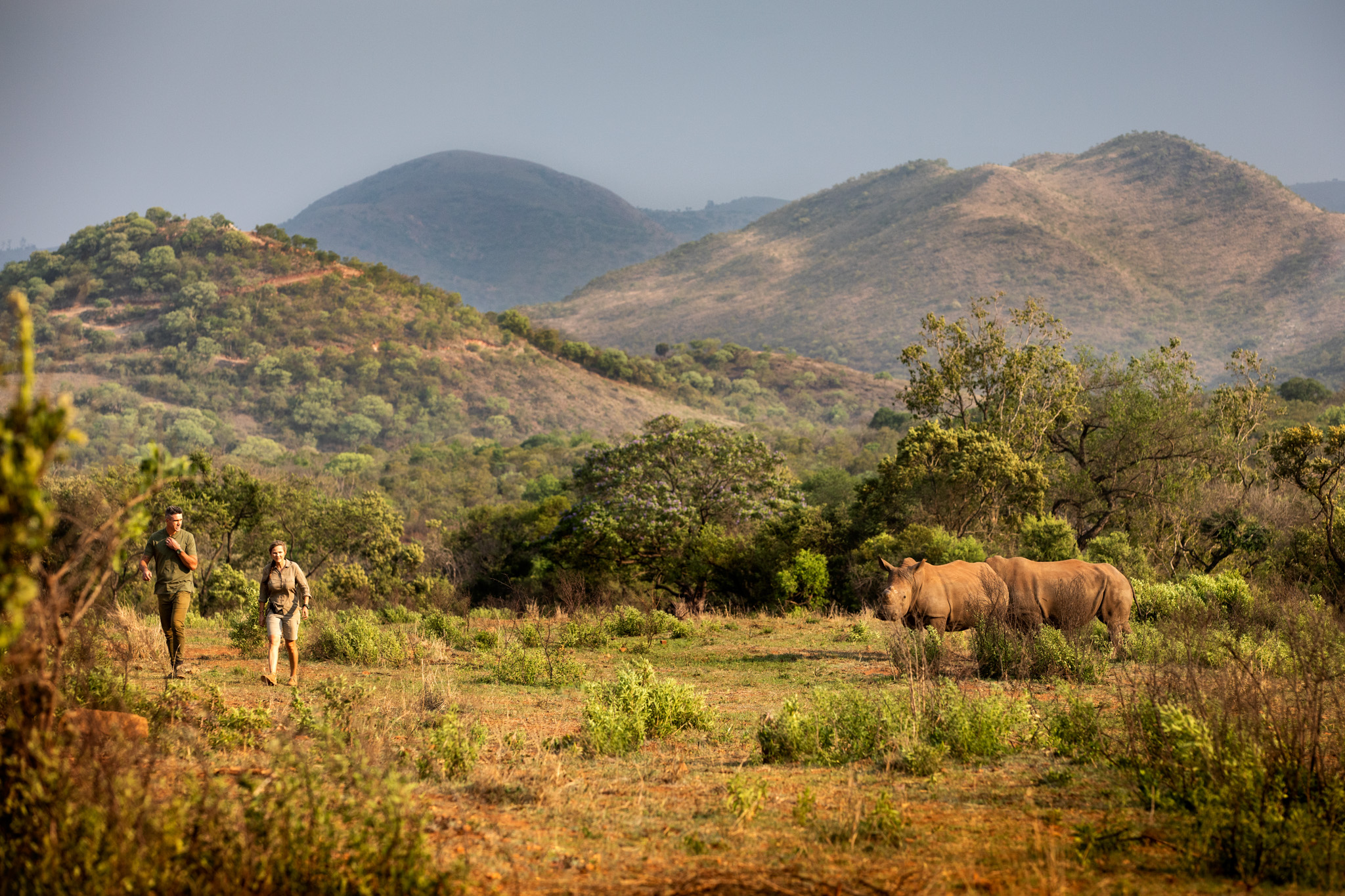 A huge part of the magic of this Africa of legend owes to the presence of the “big five:” the elephant, the lion, the buffalo, the leopard, and the rhinoceros. But these animals, and the incredible ecosystems they help sustain, are under constant threat. It’s here at this critical juncture that Hublot is introducing a follow-up to its joint 2019 project with ambassador Kevin Pietersen and his non-profit SORAI (Save Our Rhinos Africa/India), which is committed to protecting the rhinoceros, an incredible creature whose future in the wild — without help — remains quite bleak. Contrasting that khaki-colored ceramic edition from 2019 (which took inspiration from the white rhinoceros and the dry savannah they inhabit), this new reference celebrates the arrival of East Africa’s wet summer season, which brings about a rich, deep green to the jungles and grasslands. 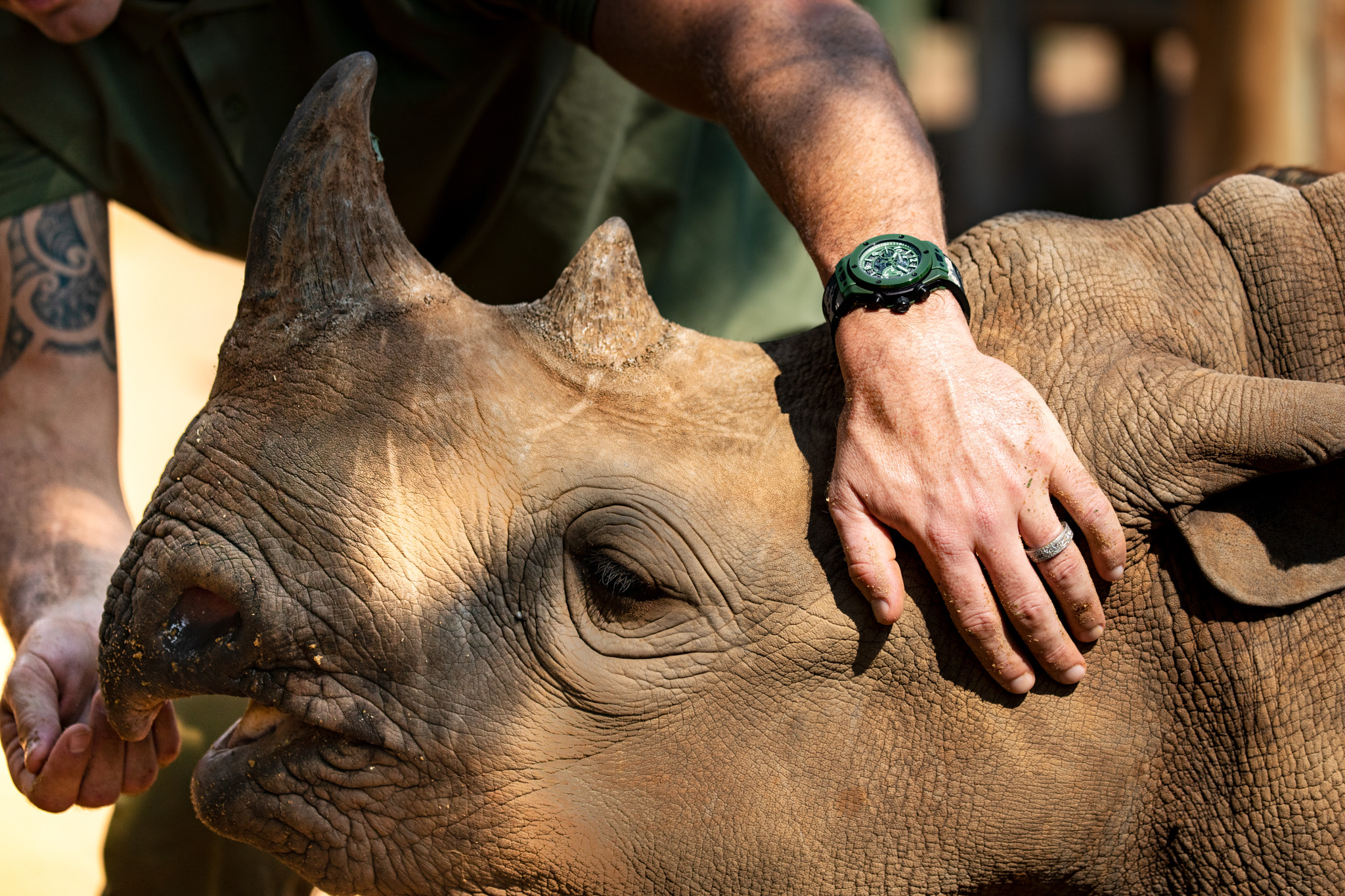 Armed with a cause, and an extremely cool brushed and polished dark green ceramic case, this reference is again characterized by a fully skeletonized dial and punctuated with a small black rhino figurine at 9 o’clock under the running seconds hand. It’s a color scheme that works particularly well with the olive drab woven nylon camo strap and the black titanium mid-case, and one that should find plenty of fans who might feel alienated by other more dynamic versions of Hublot’s special ceramic Big Bang watches, like this “Millenial Pink” version for an Italian design house, or this bright yellow “Magic Ceramic” rendition introduced at Watches & Wonders just a few weeks ago. 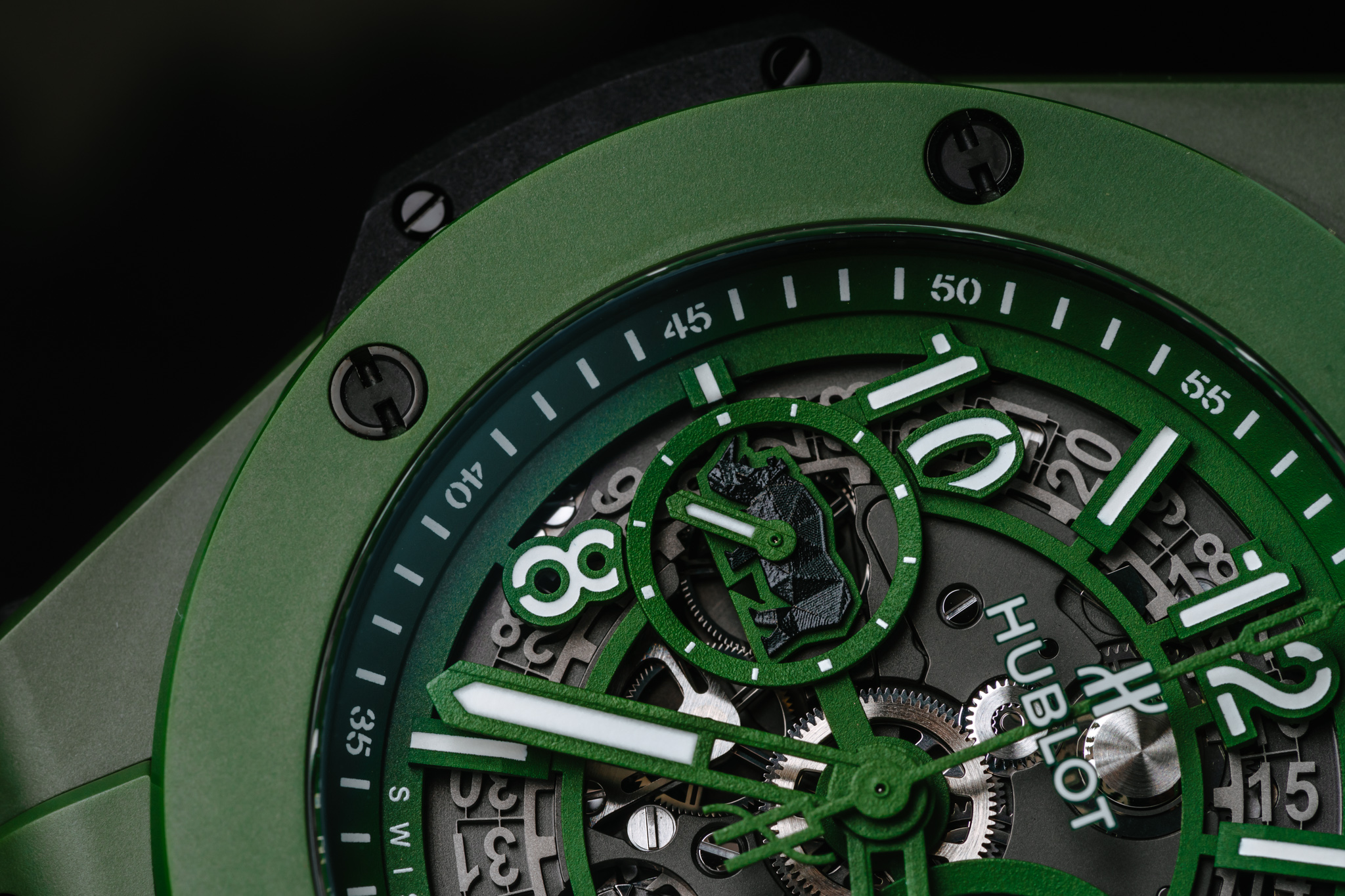 I’d even argue that the SORAI editions balance the best of Hublot’s split personalities, straddling a fine line between the brand’s technical know-how and the Big Bang’s industrial, larger-than-life aesthetic, but in muted, earthy tones that help shrink the case’s 45mm footprint and bring a surprisingly toolish aesthetic that feels right at home with a rolled-up chamois shirt or a cotton M-65 jacket. And with 100 meters of water resistance, and plenty of lume on the hands and arabic numerals, you’ve got a sporty, legible, and wildly distinctive watch that’s more than up to the task of conducting fieldwork during the heavy summer rains that fall across South Africa’s massive Kruger National Park, home to fewer than 500 of the world’s last remaining black rhinoceroses. 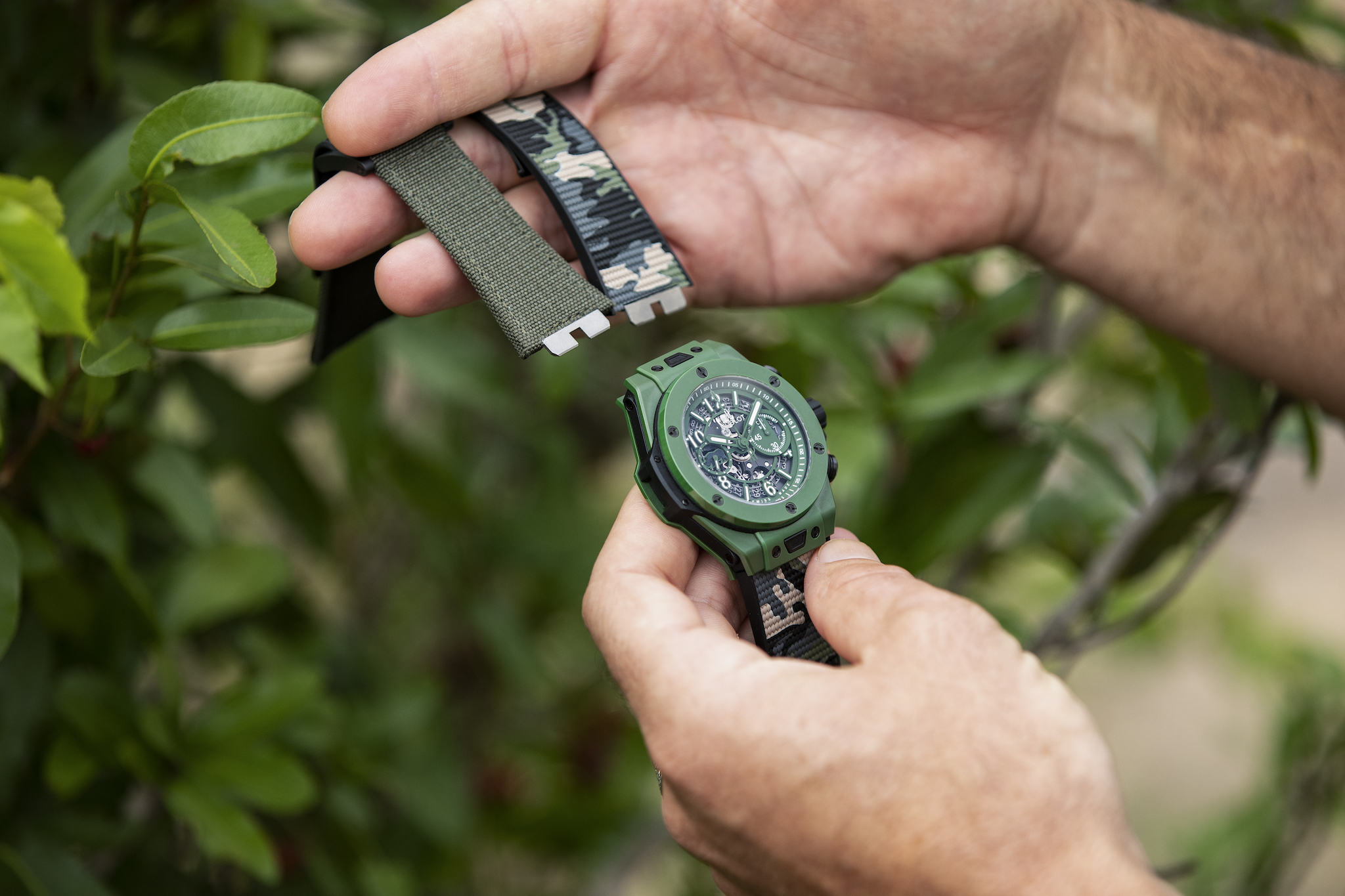 Advertising Message
As we’ve seen before with other Big Bang collab references, the SORAI edition ships with a pair of pronged straps that can be easily swapped out at a push of the rectangular black button at 12 and 6:00. Both options are quite cool — there’s a rugged canvas style strap with a Velcro closure, and a SORAI signature: a rubber-backed camouflage number that’s as wild as it is cool looking, and a surprisingly excellent textural contrast to the smooth ceramic case. Both are fixed to the wrist via a branded ceramic buckle. 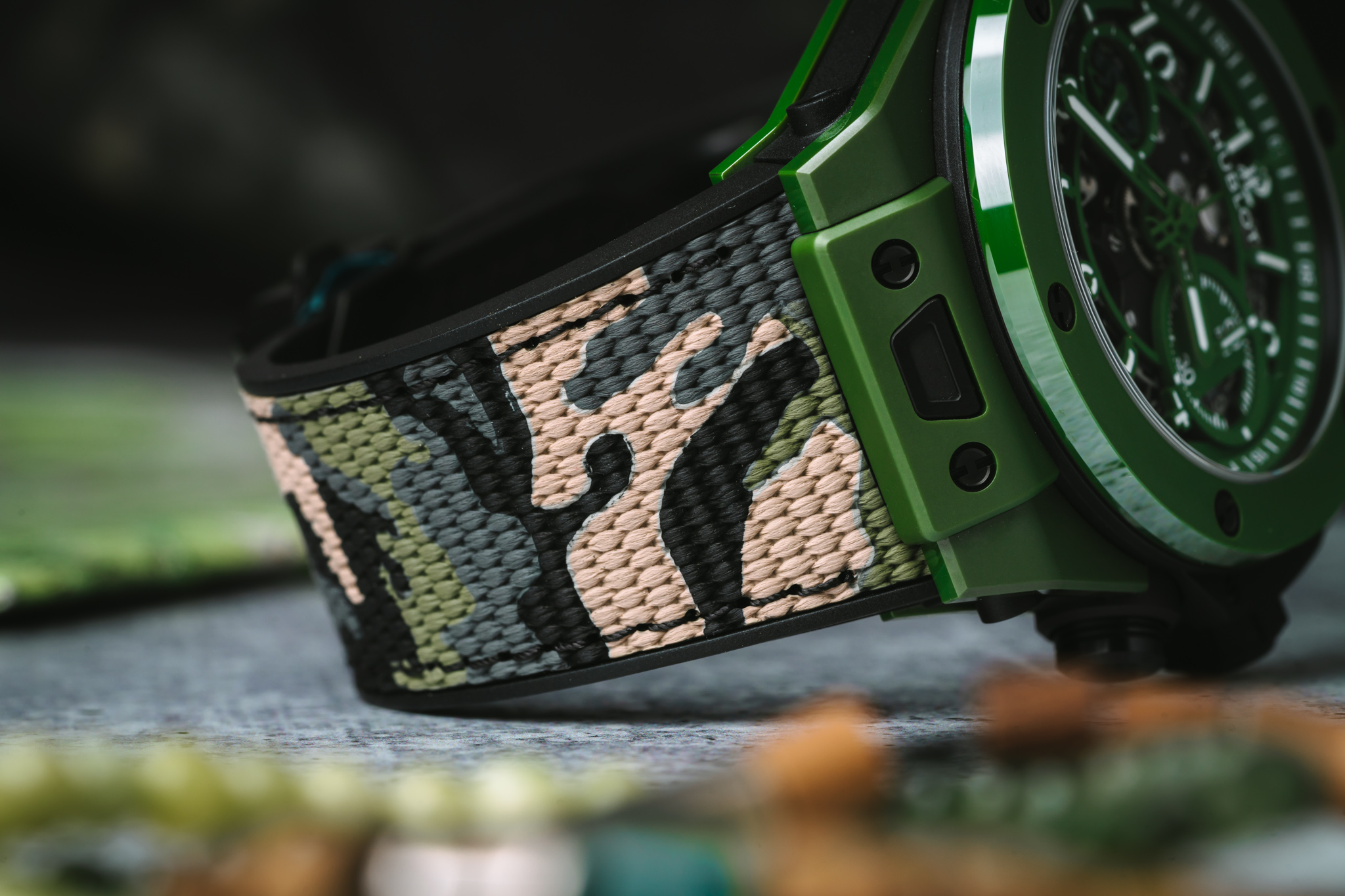 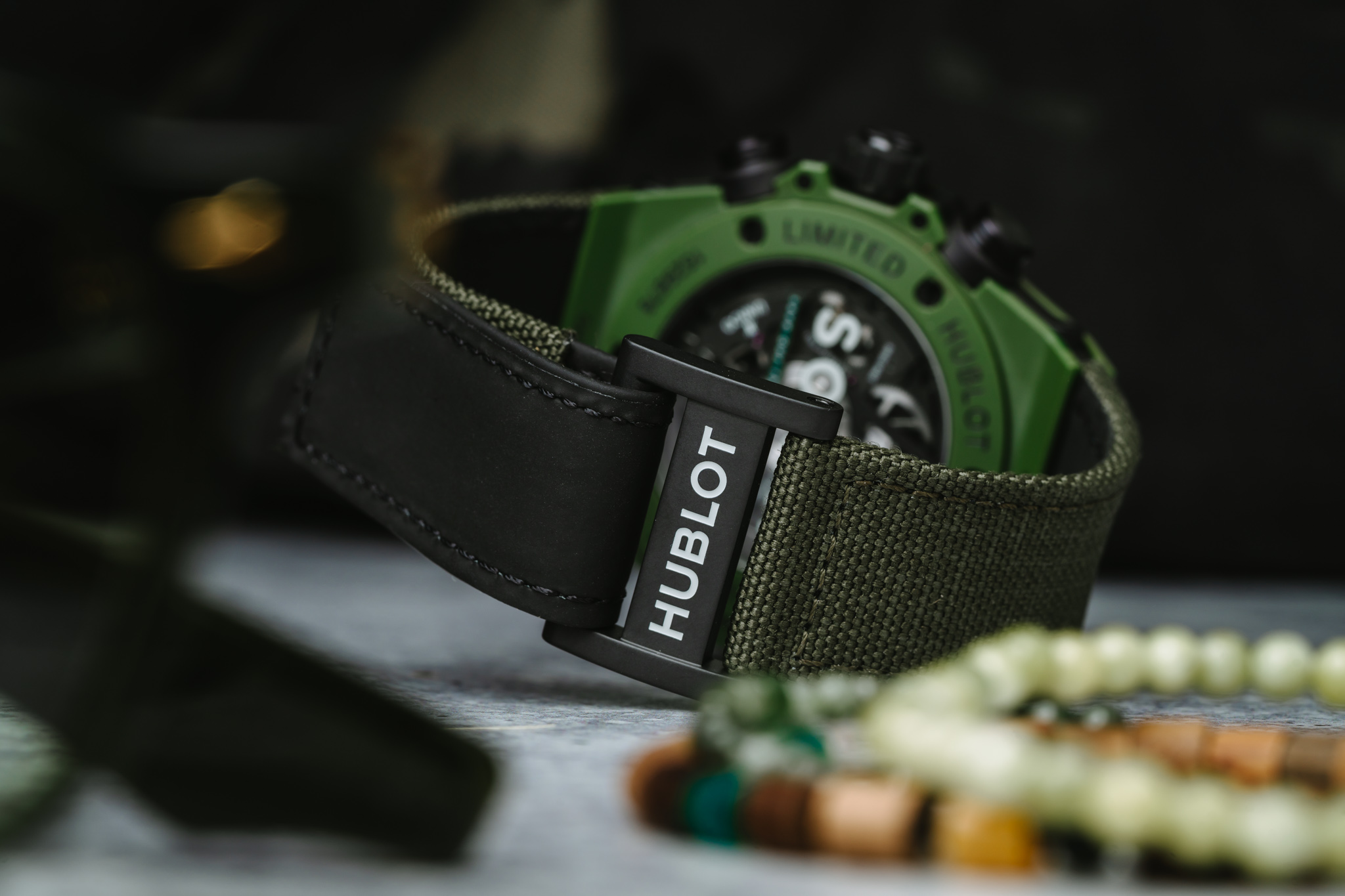 Of all the headlines I’ve skimmed, and stories I’ve subsequently consumed in a year that’s already been very full of headlines, it was Sam Anderson’s somber long-read for the New York Times, “The Last Two Northern White Rhinos on Earth,” that has really stayed with me. In it, he chronicles a concept in the world of zoology known as “functional extinction,” observing the quiet lives of two female Northern White Rhinoceroses after the last male Northern White Rhino perished. It’s a painful reflection on what we stand to lose when they’re gone, and a heartfelt tribute to a species of magnificent creatures on the irreversible cusp of disappearing from the planet forever — the direct result of poaching, hunting, loss of habitat, and other entirely preventable travesties at the hands of humans. (Ed. This story is also available in audio form via the NYT’s excellent Daily podcast. Give it a listen here.) 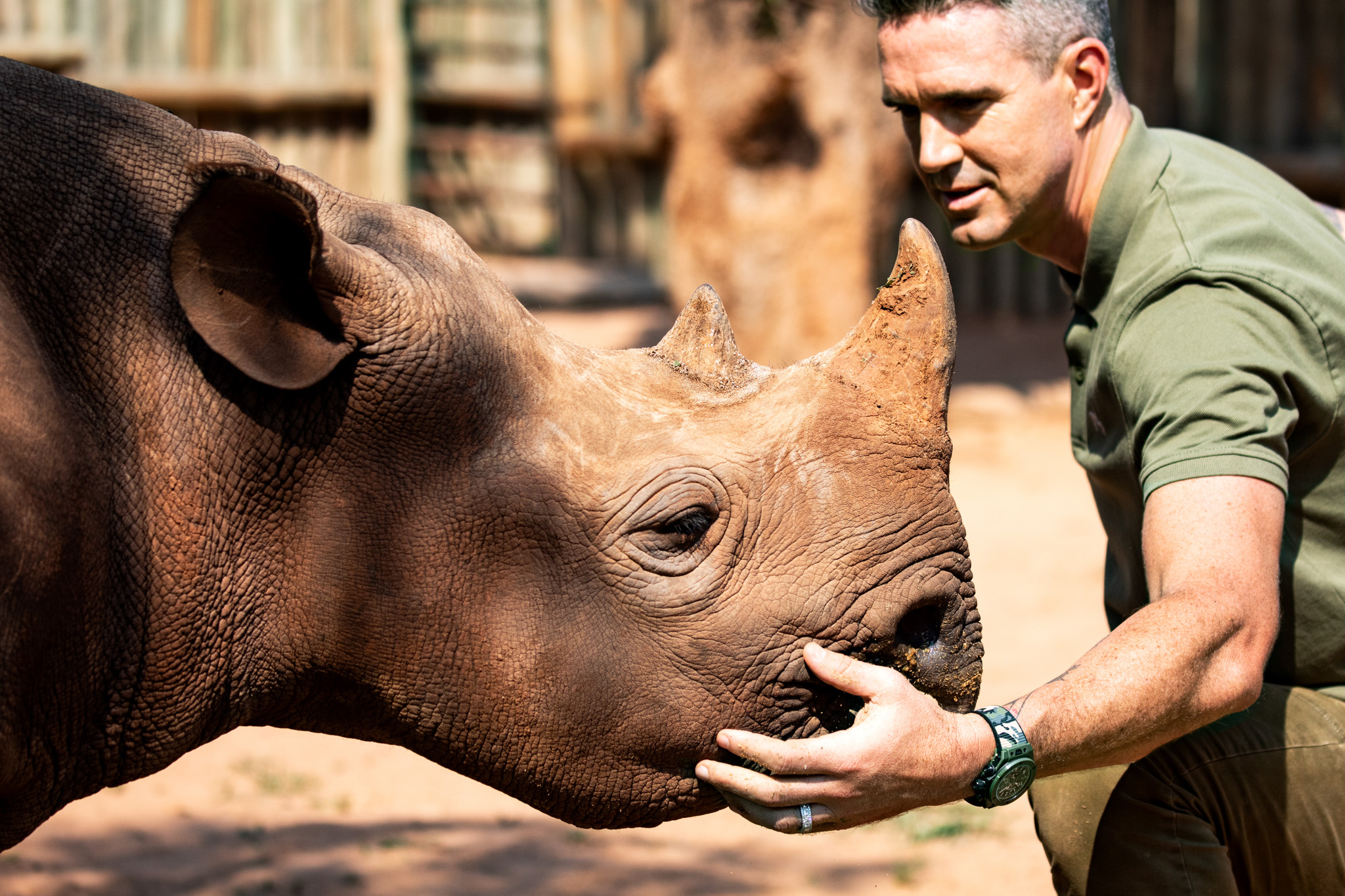 But it doesn’t have to be this way for all the rhinos. So believes Kevin Pietersen, the Hublot ambassador and former cricket batsman-turned-conservationist, who, through SORAI, is hoping to help reverse the plight of the rhinoceros. Pietersen’s own African epiphany came back in 2012 on a micro-tagging safari, where he fell in love with these gentle giants while simultaneously realizing just how close to the brink the black rhino really was. And after learning that three rhinoceroses a day were being killed for their horns (a black market commodity reportedly worth more than gold by comparable weight) resulting in a catastrophic 70% decline in rhino population in Kruger Park over the course of the last decade, alone, he decided on the spot that he could use his voice and his platform for good — first and foremost to help raise awareness, while also supporting on-the-ground organizations like Care for Wild, the largest rhino sanctuary in the world. 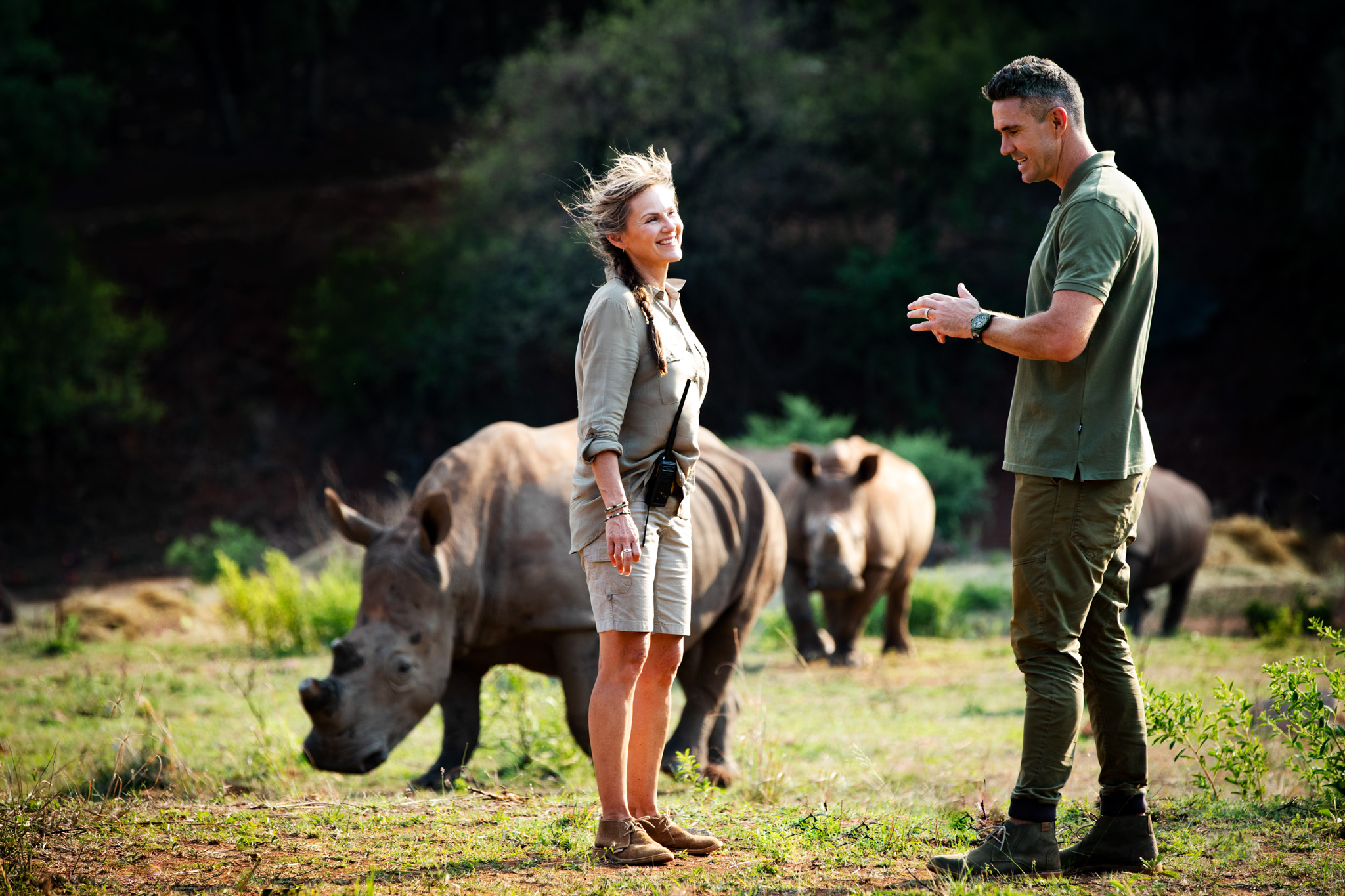 Just as he did with the white rhino-inspired SORAI edition Hublot in 2019, the green color scheme of this new SORAI edition was again chosen by Pietersen, who’s made it his life’s mission to save both of these species of rhinoceros and preserve the magic of the African wild. It’s a collaboration that comes at a particularly poignant time as much of the world still grapples with the effects of the COVID-19 pandemic, a global crisis whose source can be traced to the illegal wildlife trade. Of course, no single watch or altruistic project will reverse the devastation caused by generations of poaching and illicit hunting, but Pietersen believes that the greater the conversation becomes, and the more people who travel to Africa to explore its wonders and witness firsthand as he once did what must be done to protect these animals, the greater our chance of staving off another extinction event for the rhinoceros. 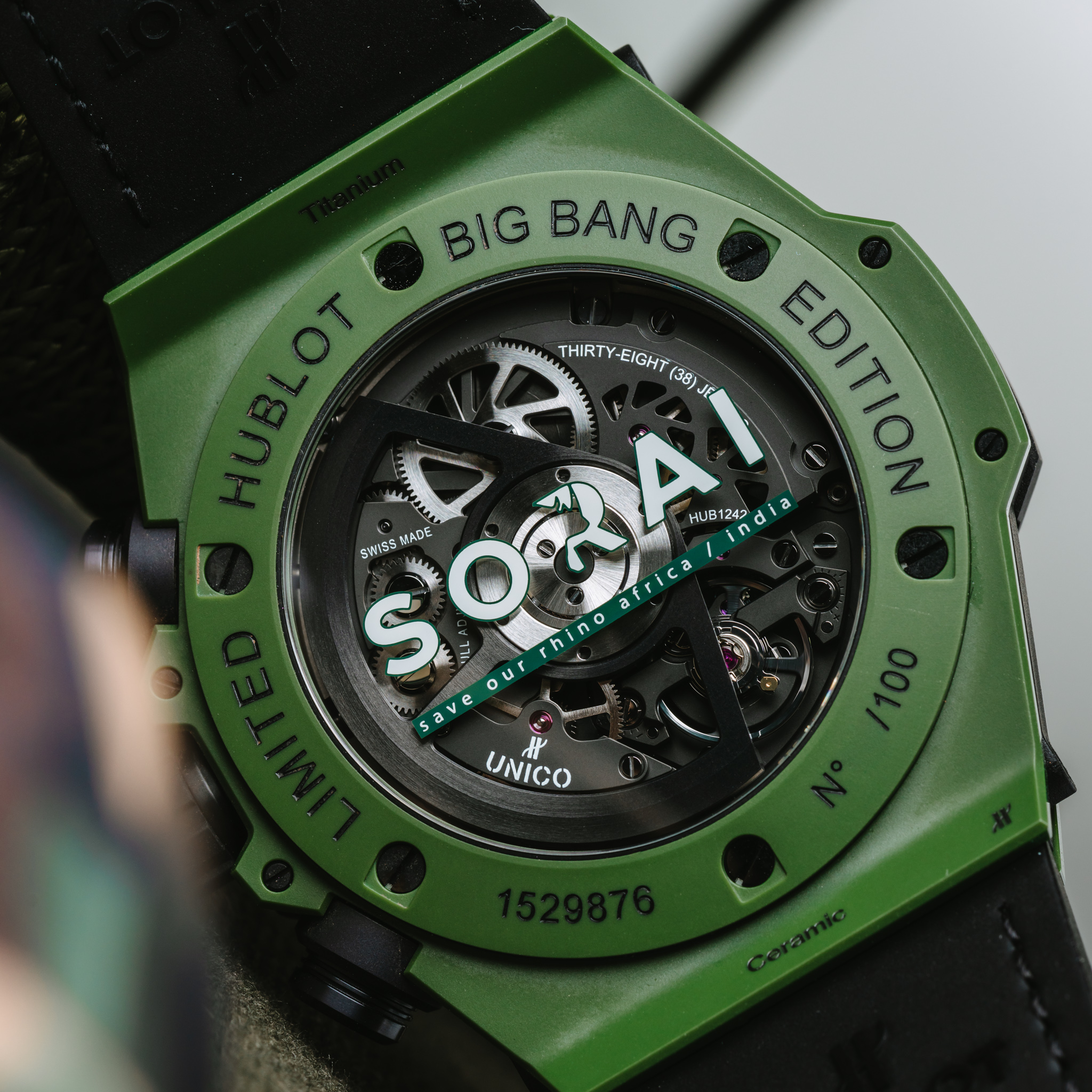 Though Hublot has already committed proceeds of every Big Bang Unico SORAI edition to Care for Wild for the rescue and rehabilitation of orphaned baby rhinoceroses, you don’t actually need to purchase a watch to be able to help and join the conversation. You can actually make donations directly from Hublot’s own site, where as little as $1 can help provide milk for a baby rhino for two days. And while you’re at it, bring yourself up to speed on the rest of the story and check out Pietersen’s work on Beast of Man, a BBC-produced podcast that chronicles his fight against poaching and the illicit trade of rhino horn. 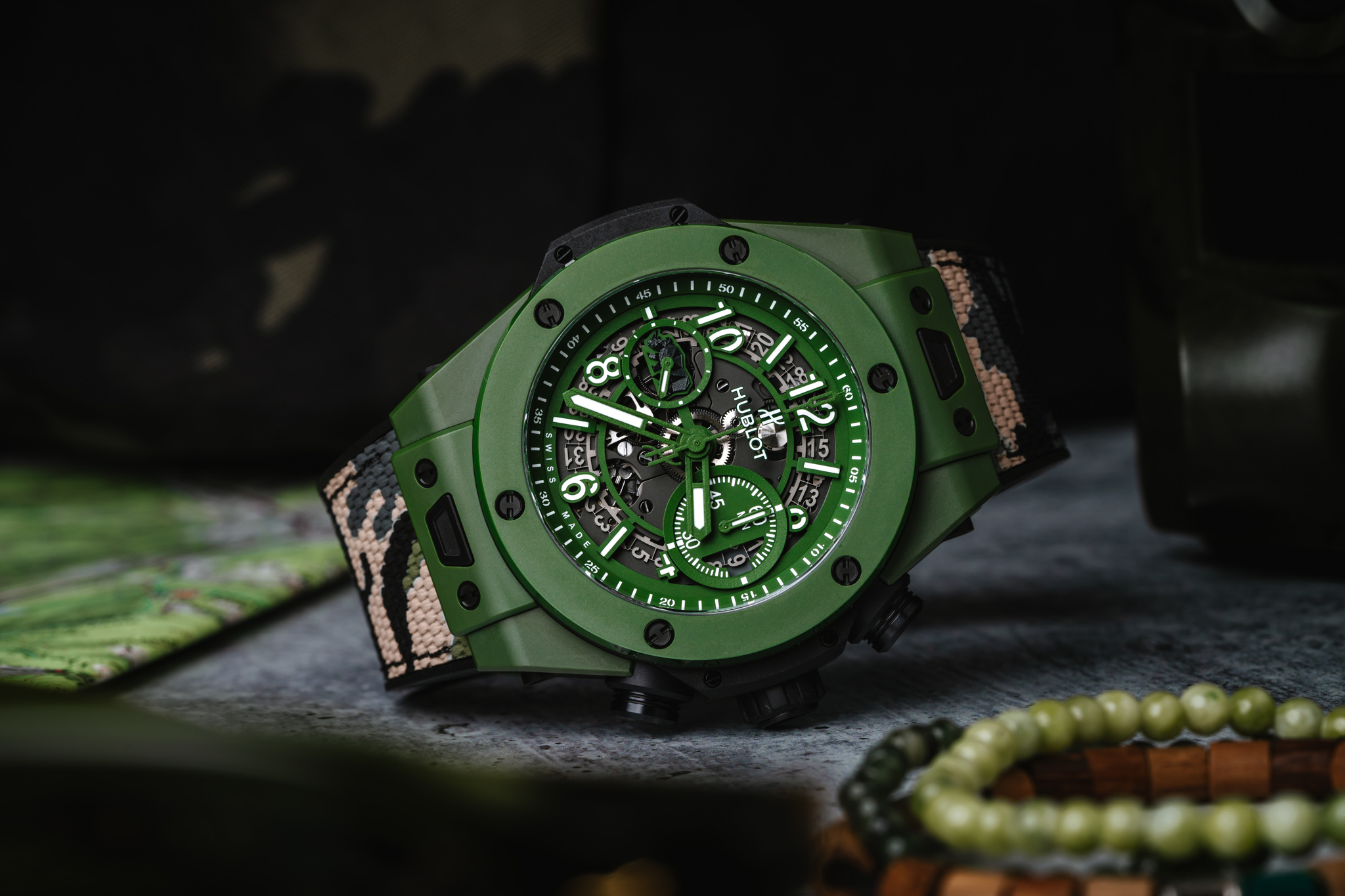 Just as with the 2019 edition, the Hublot Big Bang Unico SORAI is limited to 100 pieces, and it has a price of $24,100 USD. You can learn more about the project, donate, or just order the watch directly right here at hublot.com. 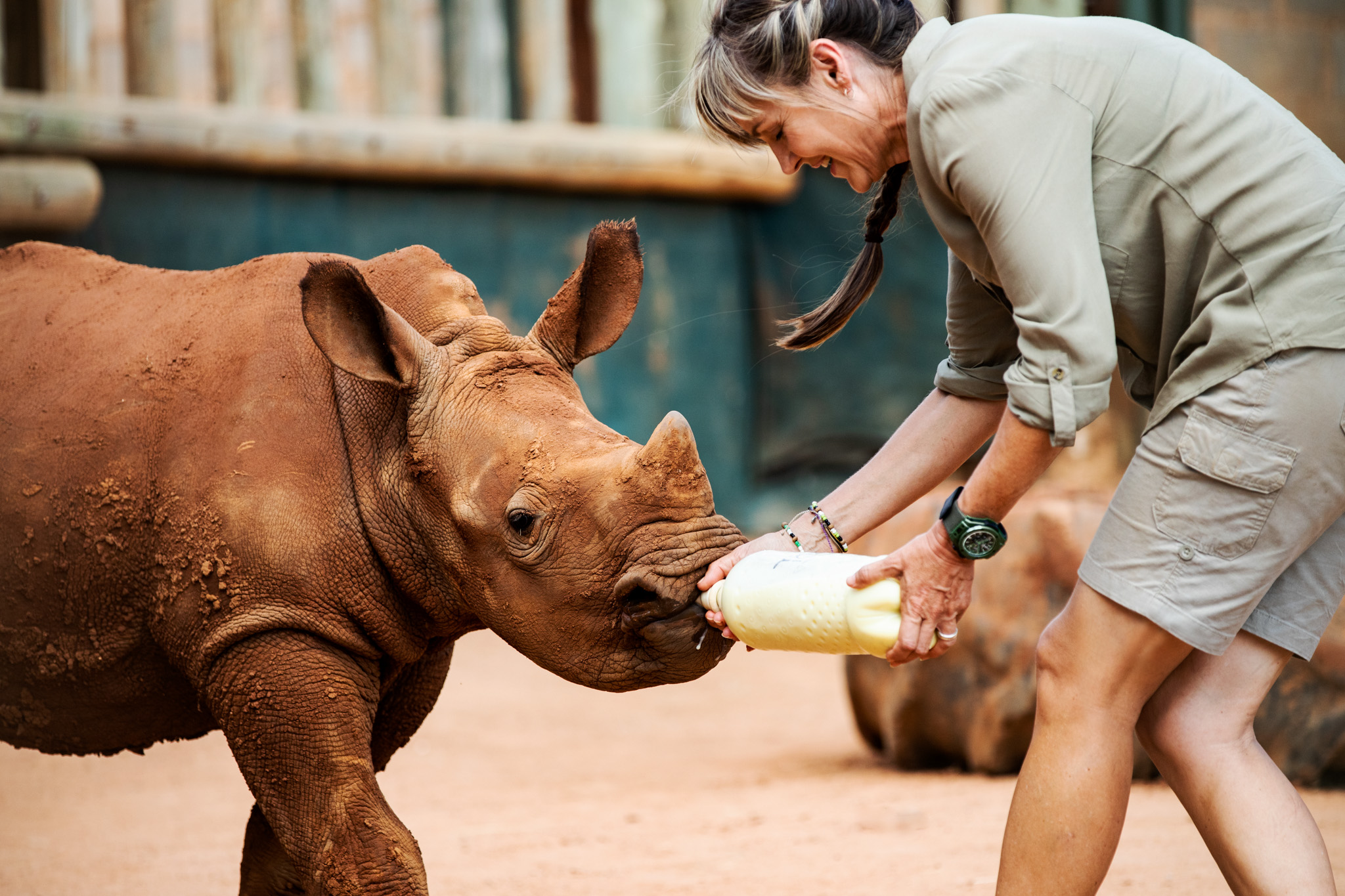