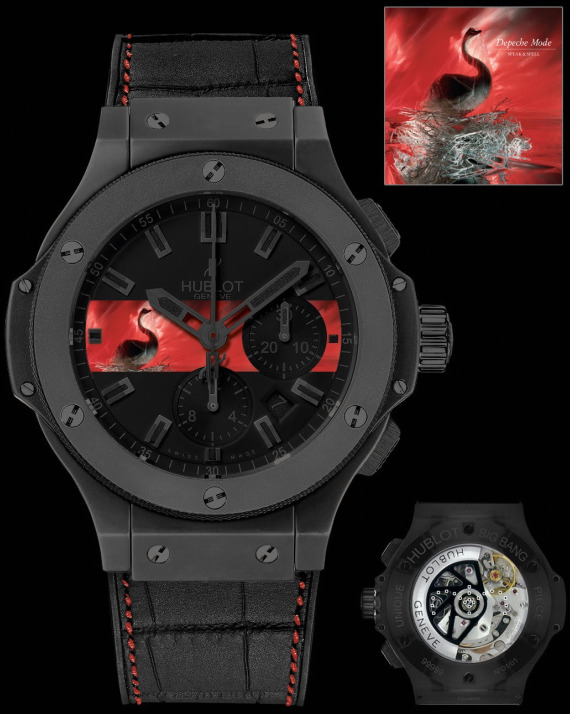 This pretty awesome collection is going to make a lot of Depeche Mode fans angry. Not because they are bad homages to the band, but because there will only be one set of them made, which will be auctioned off for charity. Each of the 12 piece unique watches will be auctioned off separately (February 8 – 24, 2010) , but that isn’t to say that one super rich, super fan is going to buy them all up. There is one watch for each of the 12 Depeche Mode albums. You can see that in the center of the otherwise black toned Big Bang model watches is the album cover art, with a unique image on the sapphire crystal caseback as well for each album. In order to give room to the Depeche Mode album cover art on the dial, Hublot removed the subsidiary seconds dial. A good way to add space without removing too much functionality. If someone really want to measure seconds they can use the chronograph. Hublot designers have even matches the stitching of the watch strap to match one of the prominent colors on the album cover art. Overall the collection is pretty cool, and an interesting addition to the Depeche Mode universe of collectibles.

Interested? Well you can bid on the watches easily and quickly online between February 8 – 24, 2010 (sorry if you are reading this after the auction ended).  No going to some far off auction house. These be modern times! Proceeds from the auction will go to benefit the Teenage Cancer Trust. To bid, just visit Depeche Mode’s website or the auction page during the auction period. There you can get a good view of each of the 12 sets and you can bid on them. The auction is being operated by Liveauctioneers.com in combo with the auction house Patrizzi & Company. No telling how high the price is going to get for each of them. I wonder what album’s watch will go for the most.

Each watch will come as part of a nice collectors set. Here is what the auction winner of each set will get (apparently the band itself chose these items): 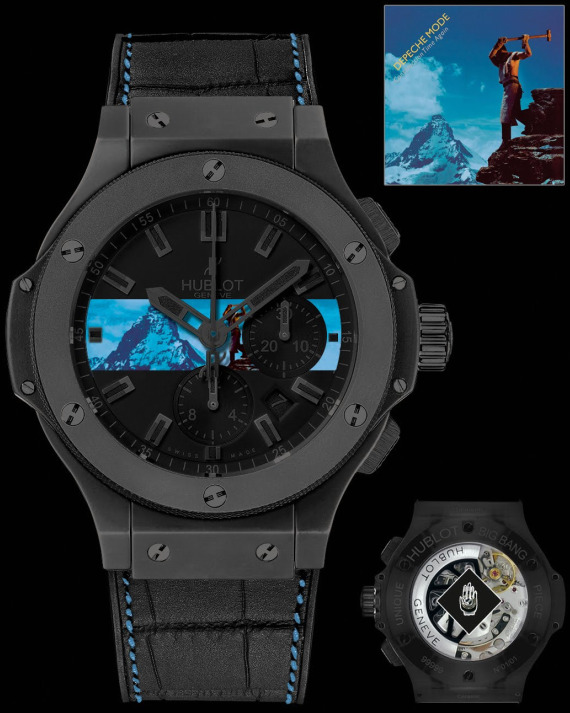 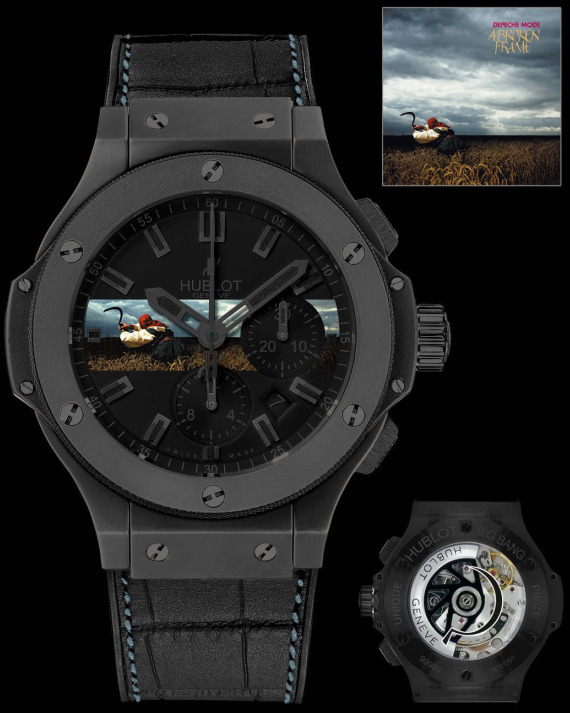 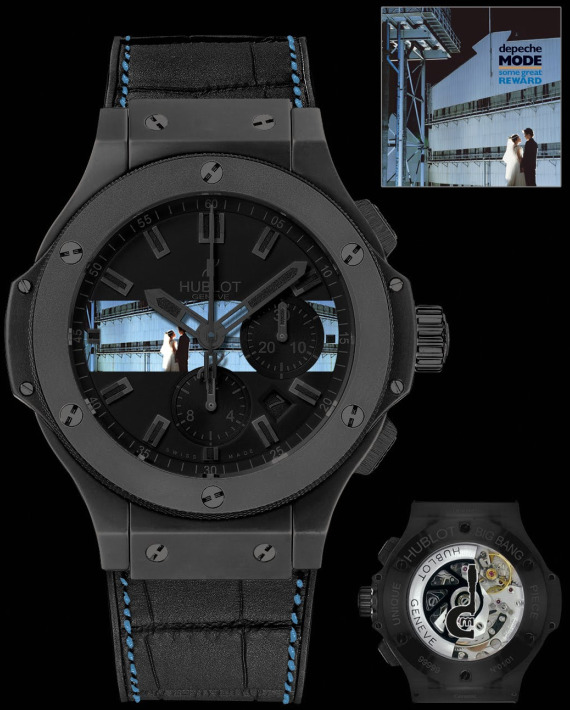 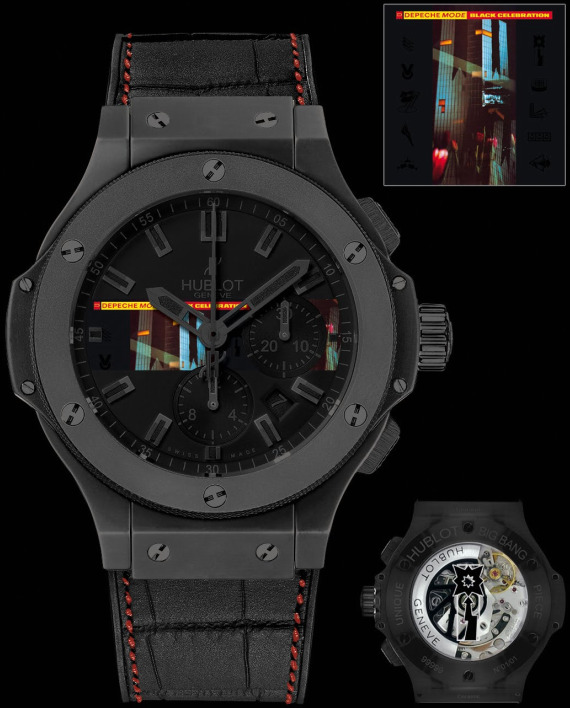 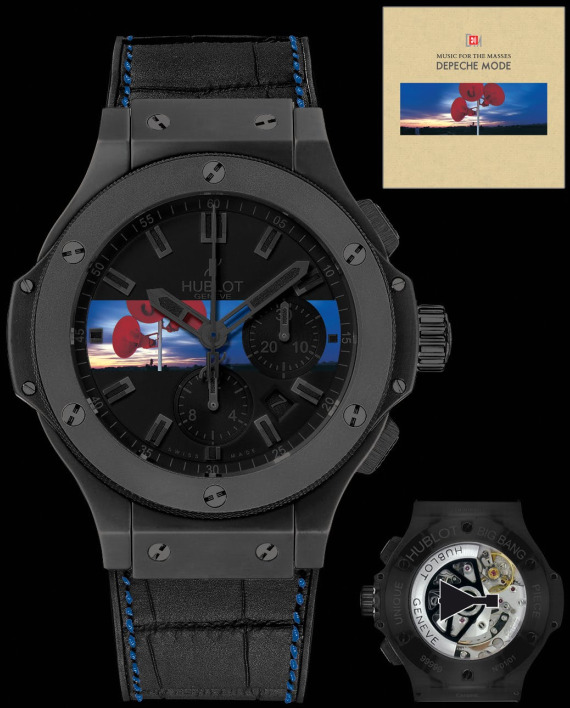 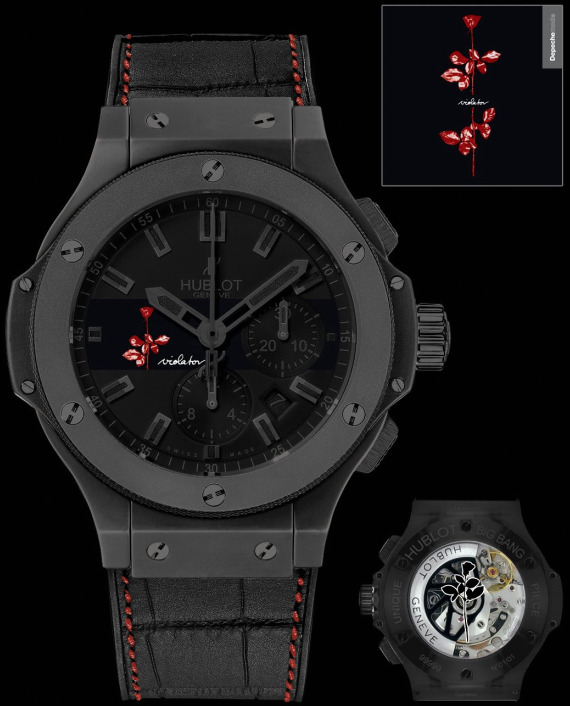 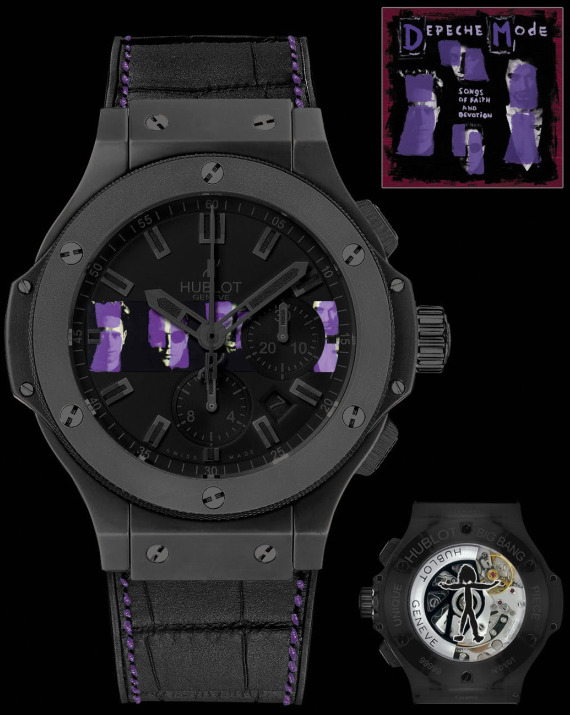 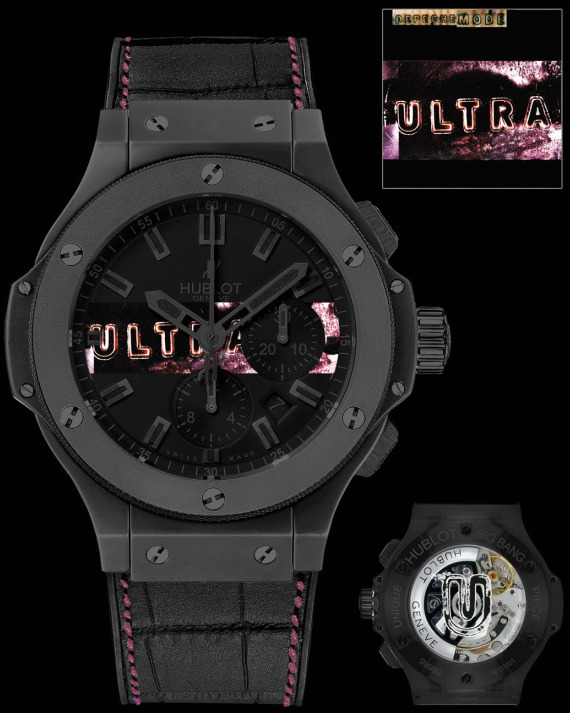 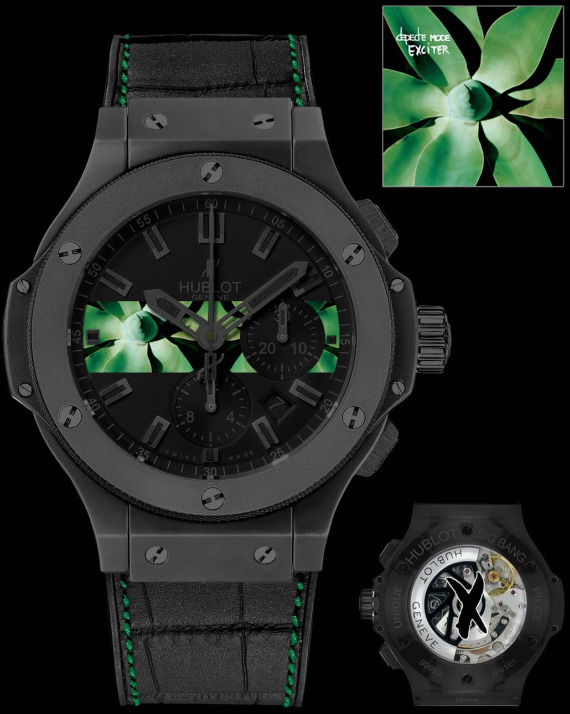 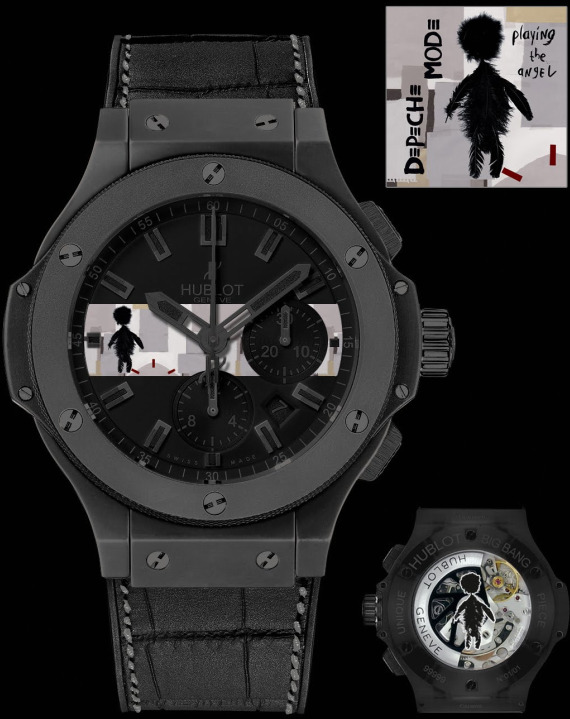 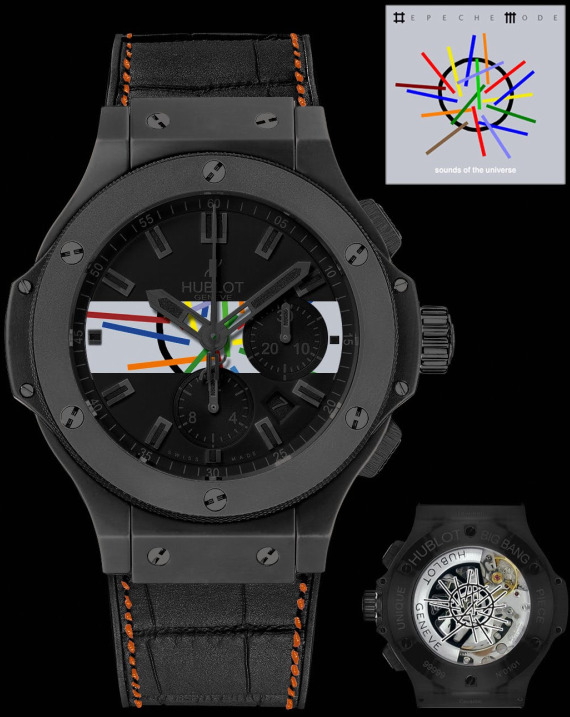 Pretty cool stuff. Even though they are a bit gimmicky, I am totally sold on the whole cool Swiss watch mixed with cool band idea. Once the auction is over, the proceeds from all 12 watches will be officially donated to the charitable recipient on February 26th at Depeche Mode’s “Sounds of the Universe Tour” in Dusseldorf, Germany. I wonder if the winners can right off the amount they spend on the auction items from their taxes, even though they got something for it. I mean the money is going to charity. I understand that you can write off most of it, but you cannot deduct what the fair market of the item is. So let’s say the market value of the the watches is $20,000, and the auction amount  is $100,000 for one of the watches. The winner should be able to deduct $80,000 from their taxes. Interesting tax law question.

The watches themselves are probably in the standard 44mm wide Hublot Big Bang case in titanium and ceramic, with resin inserts. Done in all matte black with alligator strap. Inside the watch is the Hublot HUB4100 automatic movement (made for, but not by Hublot). Don’t forget to bid (see one of the links above for the auction pages), before the auction is over on February 24th! Visit the auction page here.