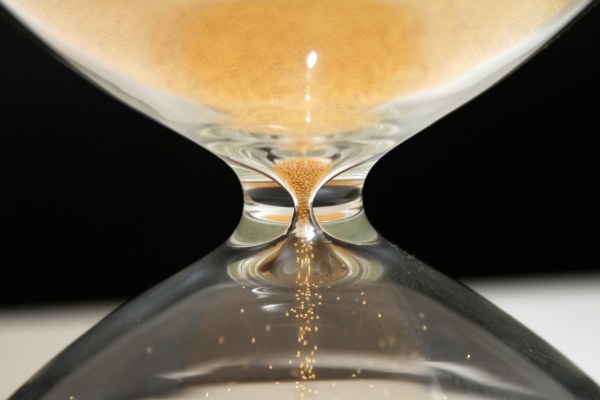 I find it really ironic that an hourglass is a novel concept in the watch industry. When Marc Newson designed Ikepod released the Hourglass last year, I remember thinking “Wait. Is this the only high-end hourglass that you can get?” Yea, I think it is. It is as if the classic timing tool was a forgotten piece of history.

Well, you might not have a lot of options in your quality hourglass buying needs, but the good news is that the Ikepod ones are pretty darn nice. Not only are they aesthetically pleasing, but you can actually time with them as well. According to Ikepod, the time ratings for both the large and small ones are quite accurate. You can now live your dream of looking your nemesis in the eye and stating, “You have until this hourglass runs out to bring me my money, or your family will die a slow and painful death … While the hourglass runs out yet again.” 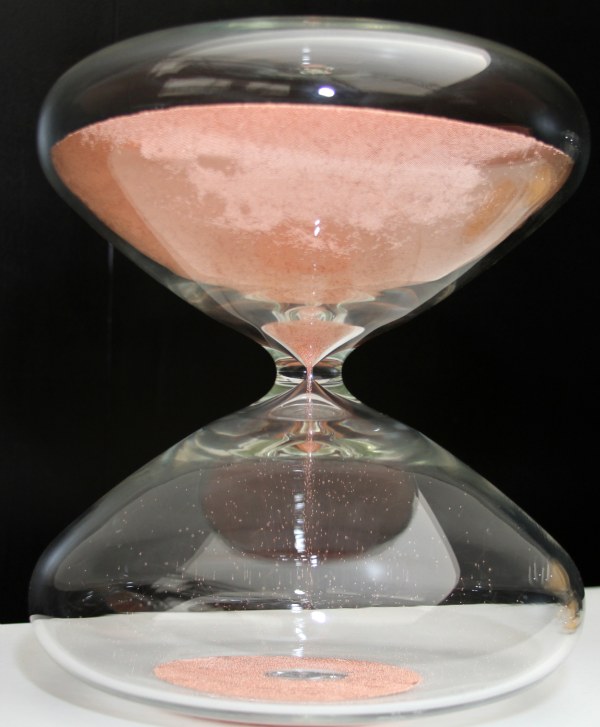 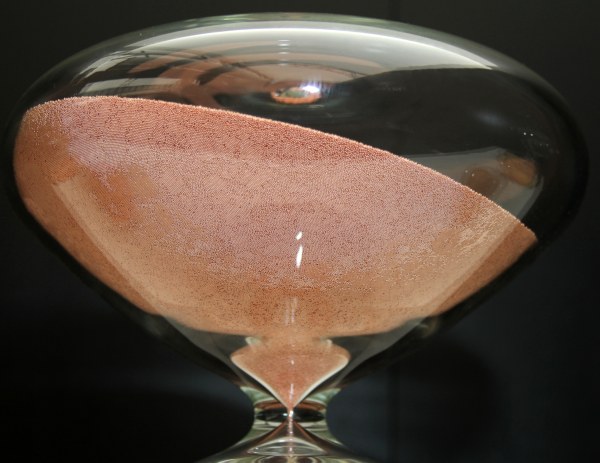 Last year, they released the larger of the two hourglasses while Ikepod has offered the smaller version this year. The large one (which is actually pretty big and heavy) is rated to measure 60 minutes. This model is easily the more decorative of the two as it makes for a larger presence. The newer, smaller, version is rated at 10 minutes and is the one that I prefer. Why? Well the simple reason is that it is small enough to comfortably hold in your hands and offers a more satisfying tactile experience. The hourglass is a gorgeous piece of functional art but the best part really is that you can play with it. Though you budding villains out there will certainly want at least one large one. I do want to point out that the nanoball filling is a very interesting feature, as well, but I’ll get to more about that in a moment.

When I first learned about the Ikepod Hourglass I wasn’t all that excited. However, that changed when I got to see them for the first time in the flesh. They are very beautiful visually, and I appreciate that they are painstakingly hand-made out of a single tube of glass. According to Ikepod they don’t use your average glass but, instead, an industrial glass known as borosilicate. I imagine this is used for durability. If I recall correctly, the glass is three 3mm thick all around which certainly adds to a sense that it isn’t going to break. 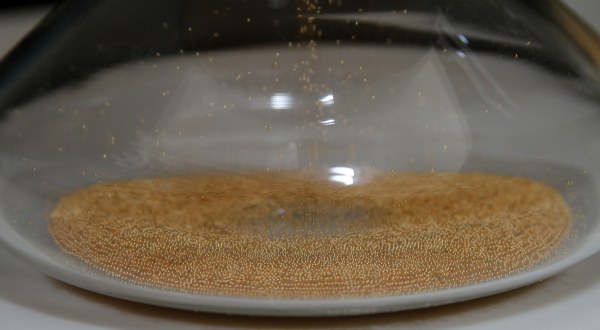 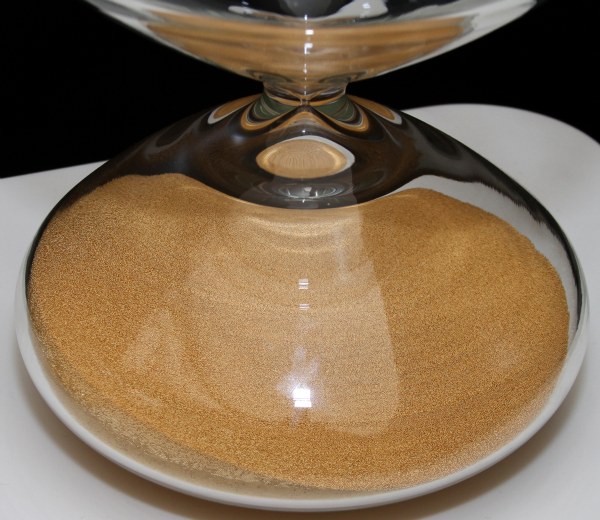 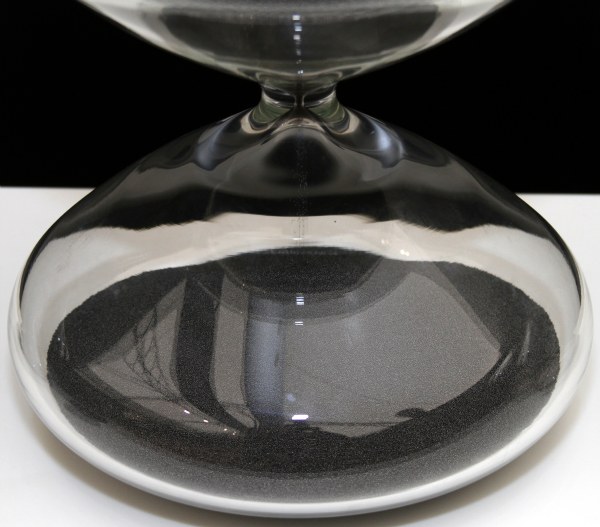 The larger of the two Hourglasses is 300mm tall, 250mm wide, and 9.6 kg in weight. The smaller model is identical in shape, just miniaturized. In fact, it is exactly half as big being 150mm tall and 125mm wide while weighing significantly less at 1.5 kg.

Honestly, the best part of the Hourglasses are watching them in action. Rather than being filled with sand, they are filled with these tiny balls – nano balls. There are a few different choices in fillings: The balls are done in steel, black colored steel, copper, or gold. Some of them are only available at certain stores. Westime in Los Angeles, for example, is the only place you can purchase the gold nanoball filled Hourglass. 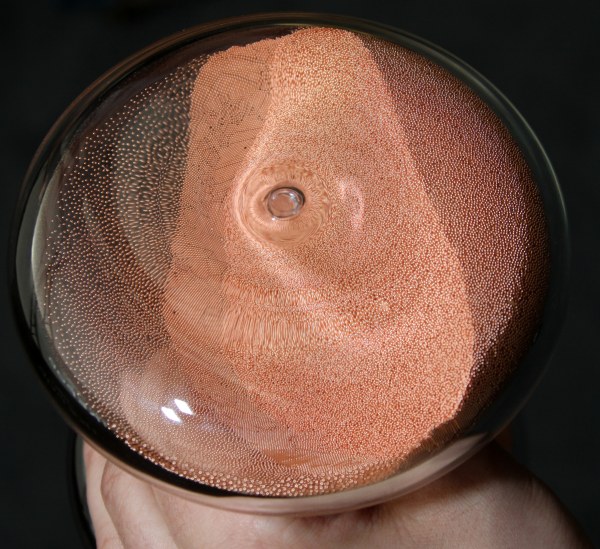 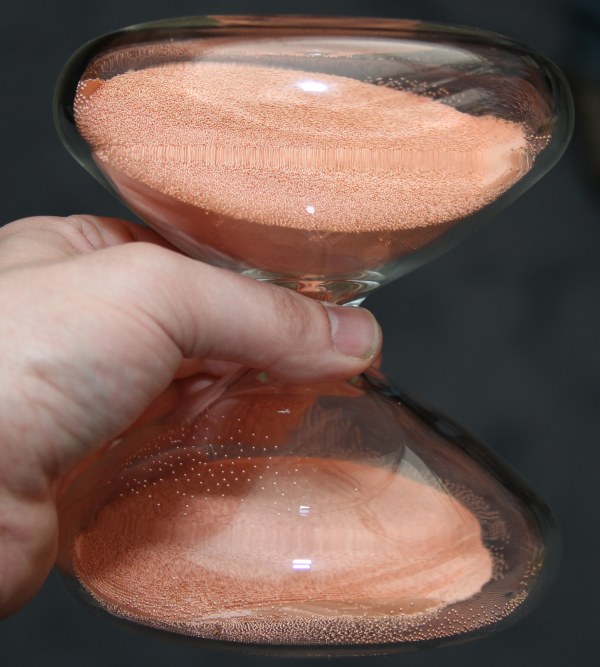 These micro balls behave in an interesting manner and are more pleasing to see in action than the traditional sand as the grain is larger. They bounce and make a pleasantly soothing sound when moving around. Sometimes, they also stick to the glass a bit due to what I assume is static electricity.  In the video you can see them moving through the hourglass. It can be a bit mesmerizing and definitely exceeds one’s expectations. 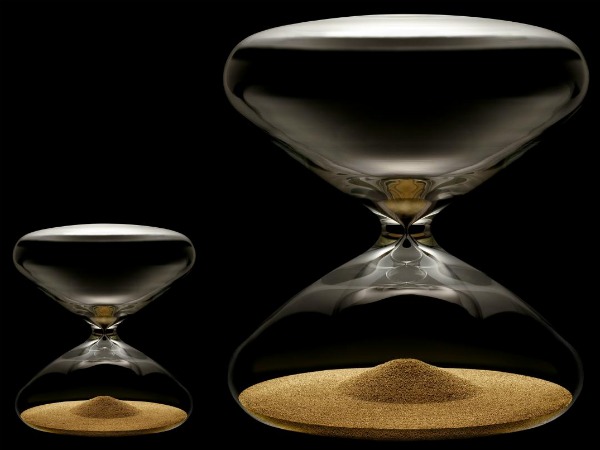 Marc Newson’s creative charms and insights into items that are both functional and beautiful are expressed clearly in the Ikepod Hourglass. It is priced like a high-end piece of art, is totally hand-made, and there is an impressive attention to detail. Unfortunately, while many people will want one not all will be able to afford one. Prices for the smaller Hourglass range from $13,000 – $17,500 (the latter price is for the gold nanoball version). For the larger Hourglass, prices range from $28,500 (steel balls), to $31,500 (copper balls), up to around $40,000 or so for the gold ball version. While not inexpensive, these are satisfying pieces of functional art for both watch lovers and the general art loving public alike.