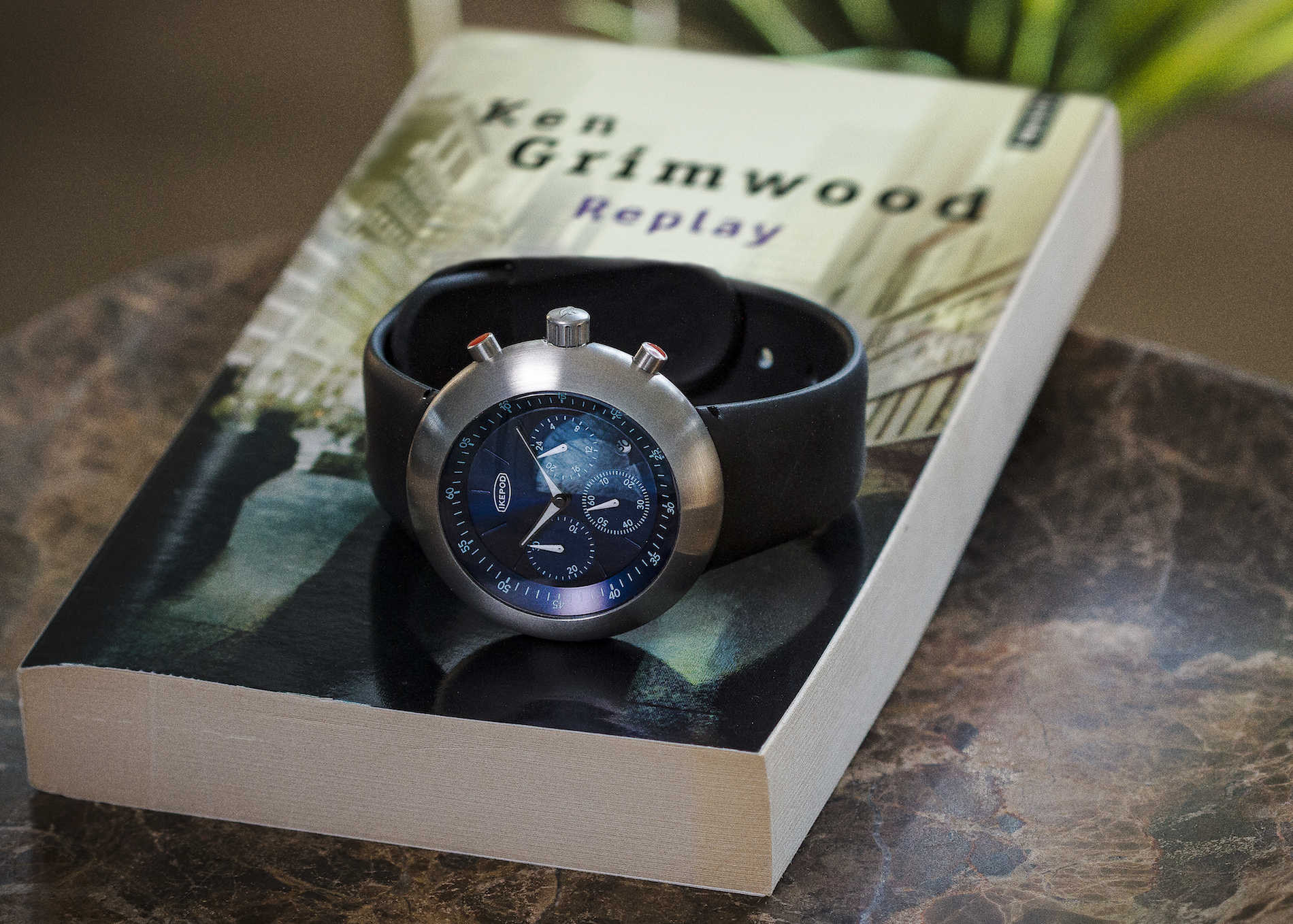 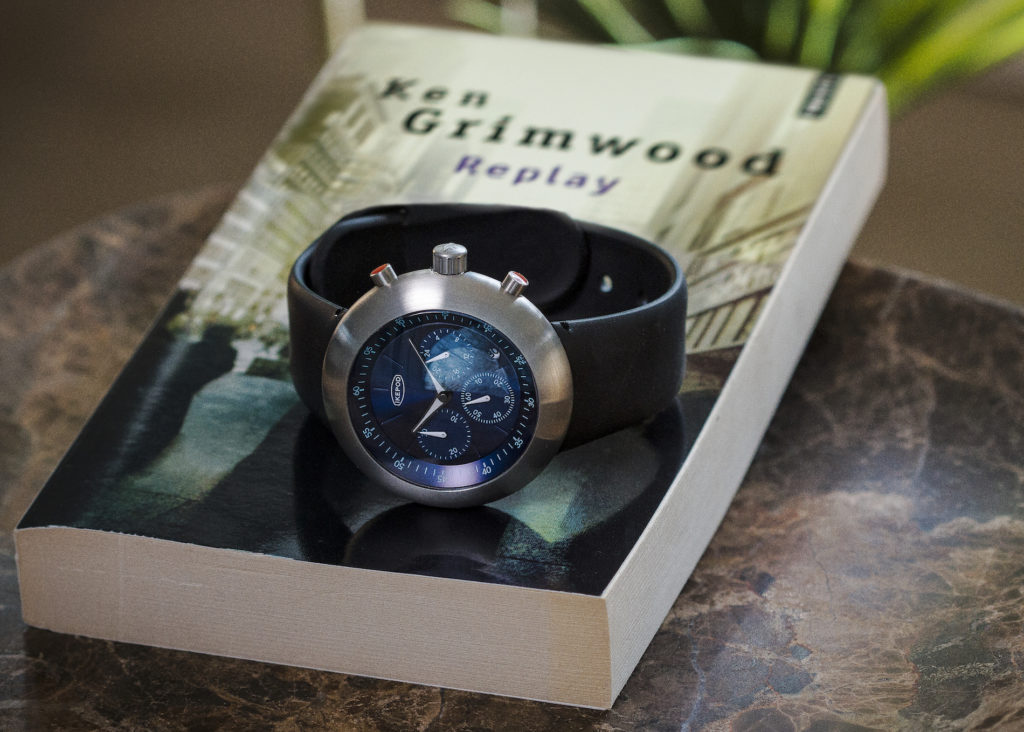 Introduced in 1994, Ikepod became a design icon in the world of horology with the Hemipode watch and its recognizable elliptic case. We are happy to announce that we are bringing this design icon back in the form of two new watches from Ikepod, the Chronopod and the Duopod.

Ikepod has been quiet for the past decade, but we are proud to say that Ikepod is back with new owners, but unchanged style and more affordable pricing. A group of three watch lovers, led by Christian-Louis as well as Emmanuel Gueit (the designer of the Audemars Piguet Royal Oak Offshore & redesigned Rolex Cellini) are bringing Ikepod back, and excited enthusiasts are invited to participate in the pre-order phase. 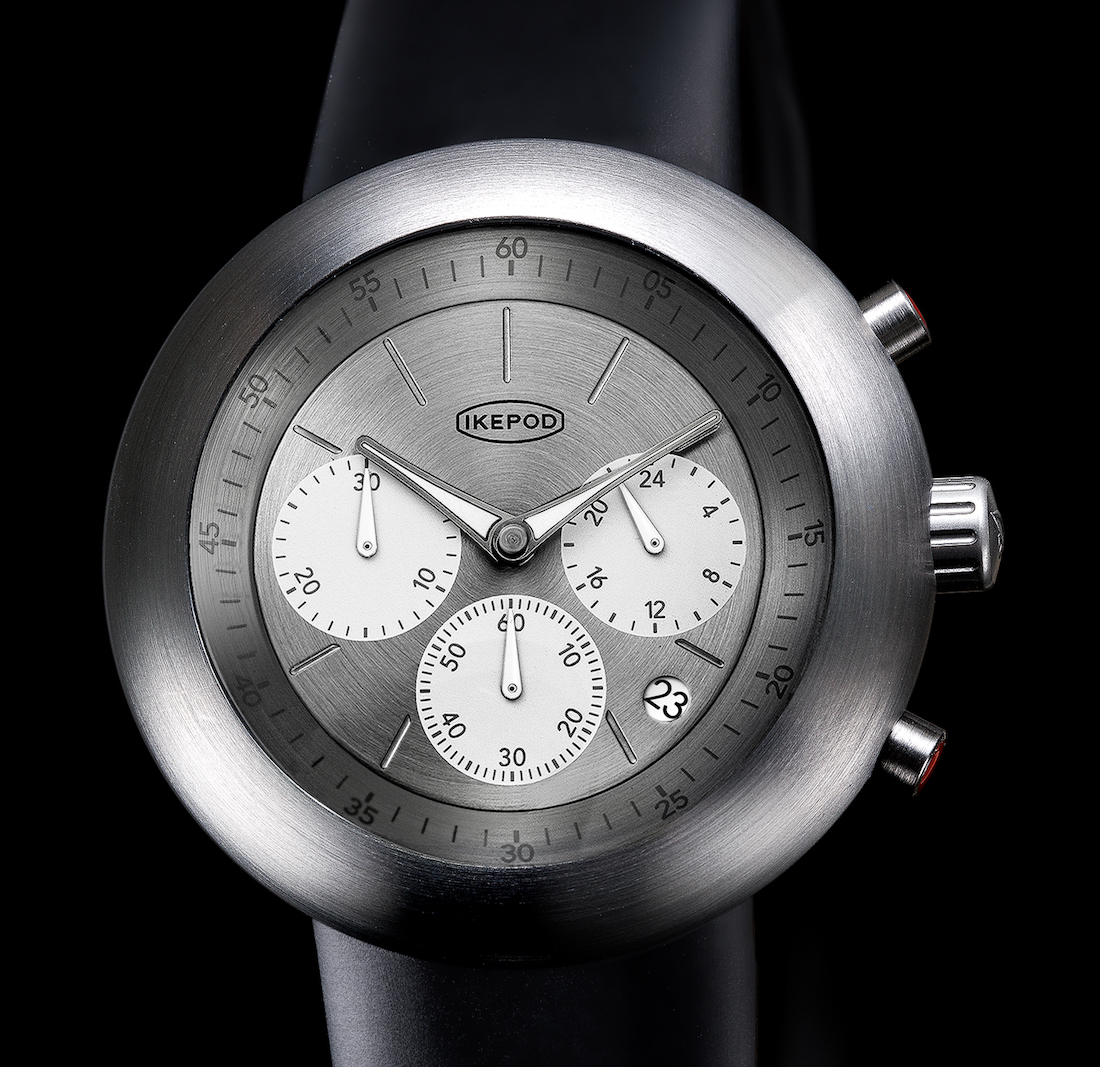 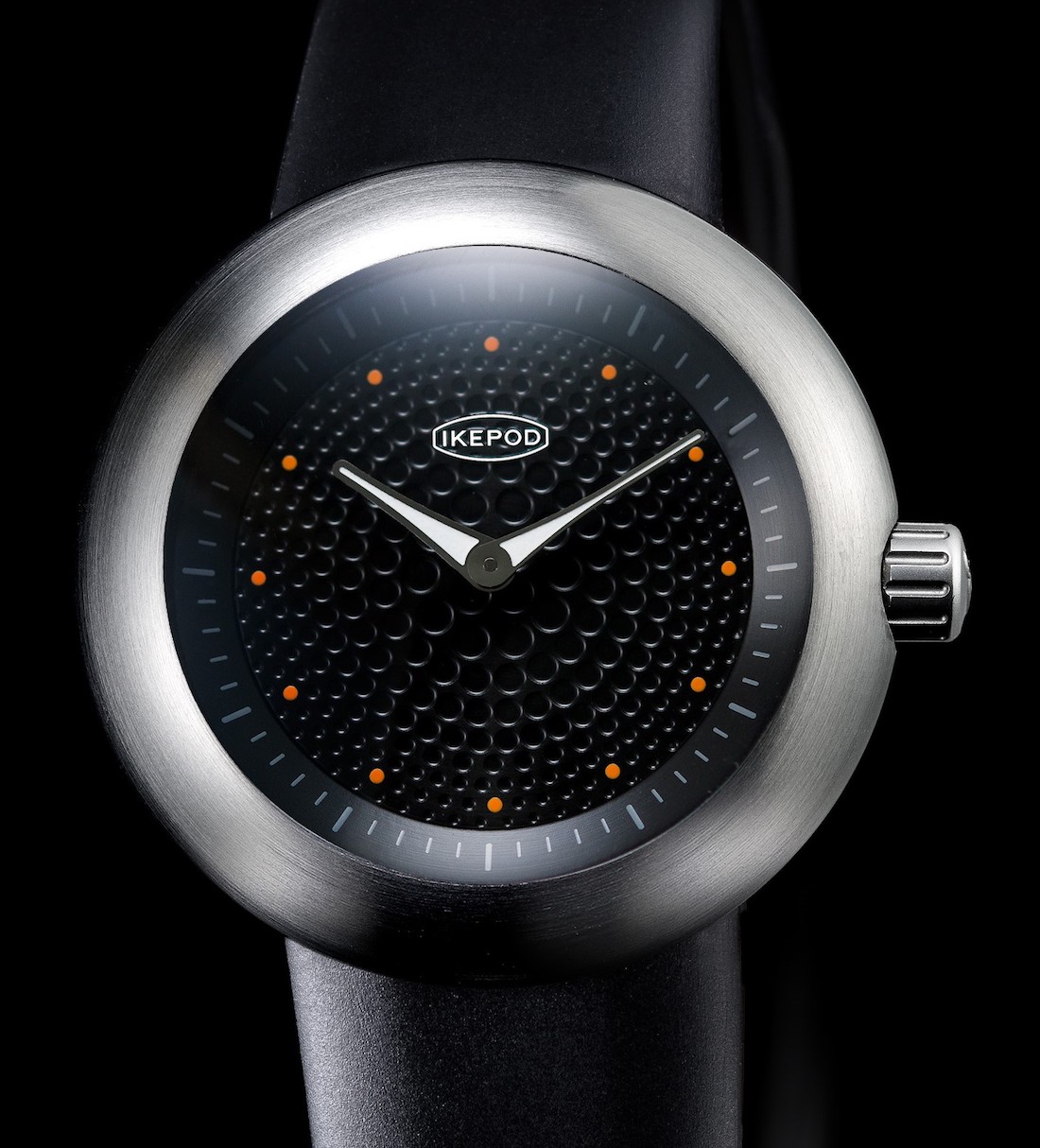 Ikepod has always been about design above all else, and reliable Japanese quartz movements for both the Chronopod and the Duopod allow us to focus on the aesthetic and design without having to pass on the burden of a pricey mechanical movement to the buyer. We are also moving manufacturing to a state of the art workshop in Hong Kong, while keeping our design shop in Switzerland. 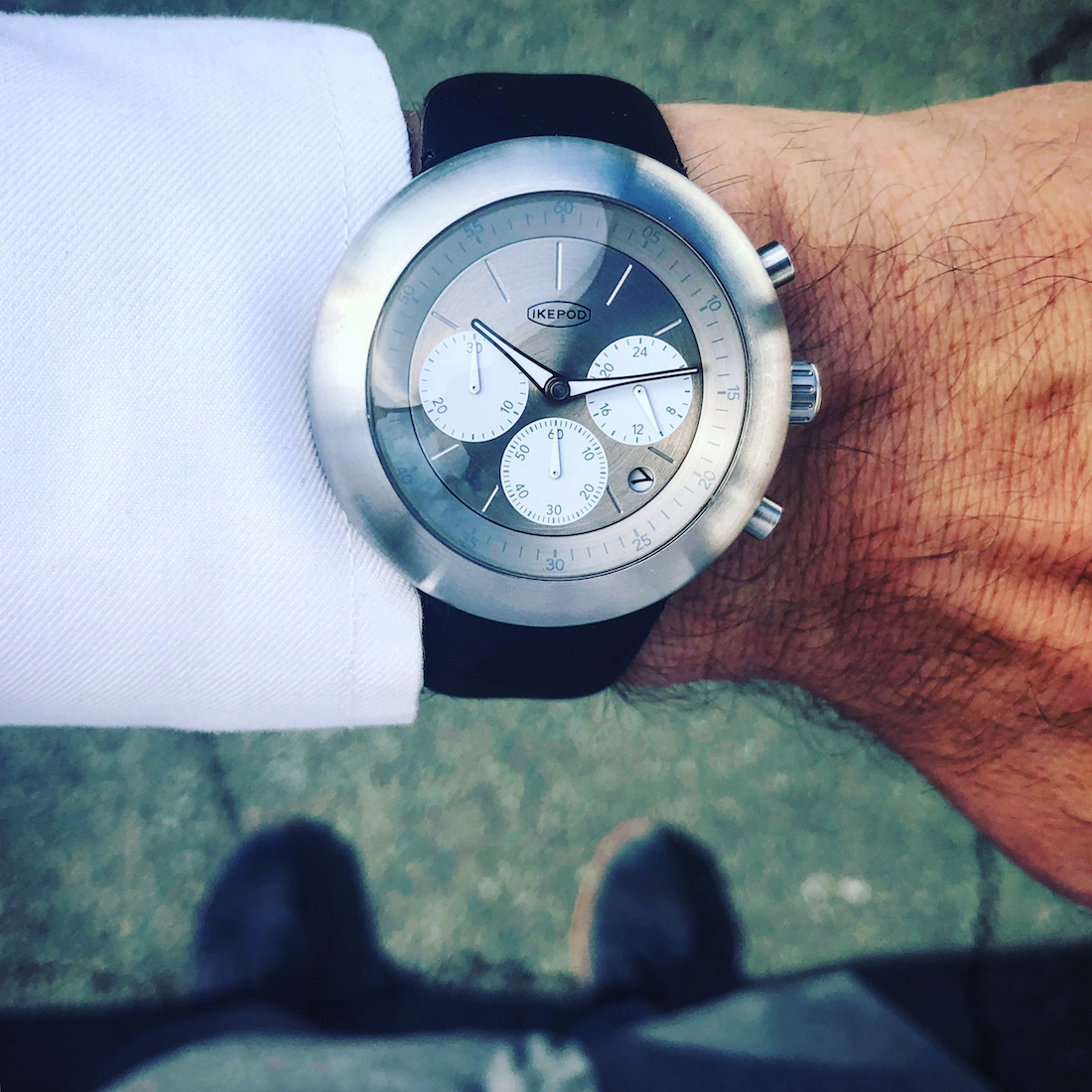 The new Chronopod is still the same 44mm wide size as the Hemipode, though the integrated lugs make it appear more like 41mm on the wrist. Outfitted with a Miyota JS 25 quartz movement, the Chronopod has 60-second and 30-minute chronograph counters, though there is no running second hand. This was a design choice we made and we believe the final products look much cleaner and in-line with our style without the second-hand. 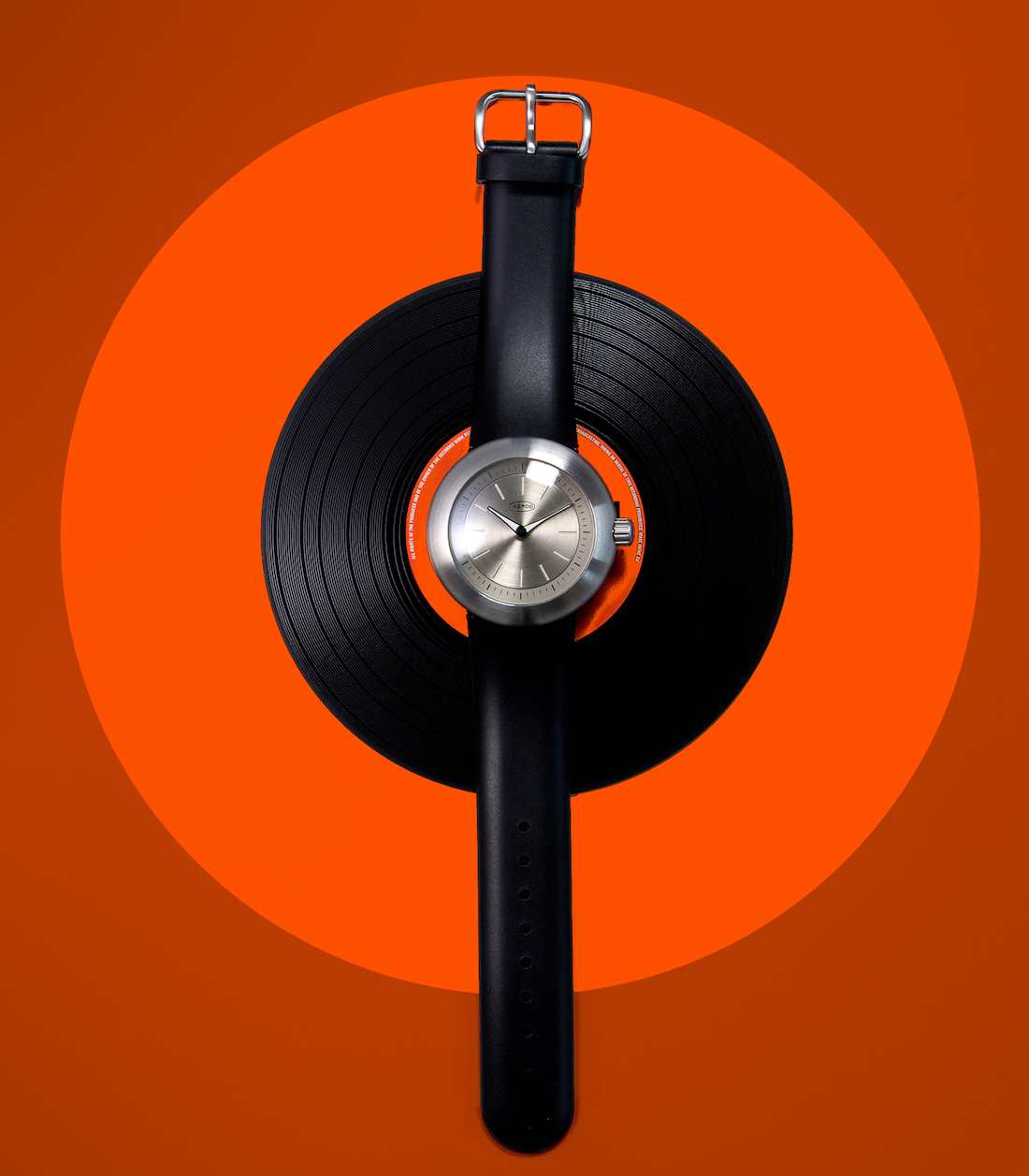 The time-only Duopod is smaller, measuring at 42mm wide and appearing more like 39mm on the wrist. Again, a simple Miyota quartz movement powers the Duopod, which has hour and minute hands. We chose restraint in our design so as to keep the focus on the elliptic case design that Ikepod is so known for. The trend towards more “wearable” and versatile case sizes is one that we were cognizant of and considered carefully when designing our new watches. 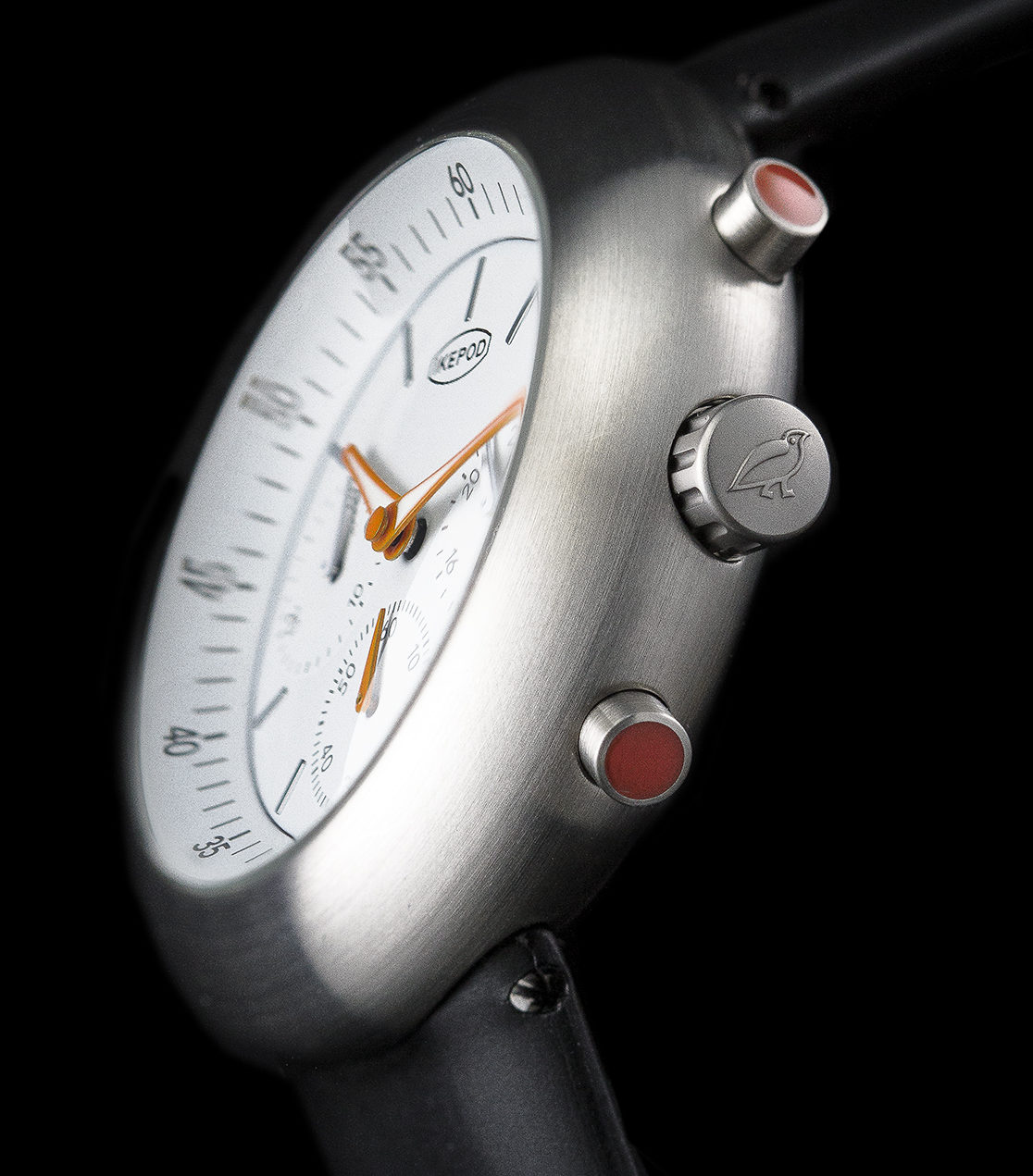 We kept the UFO-shaped logo on the dial, and you’ll find the “exotic quail” from past Hemipodes on the crown. All the cases are done in 316L steel with brushed finishes. Again, we didn’t want to mess with a good thing and stuck with the original designs here. The same is true for our integrated straps, as we chose to continue to use the same Swiss-made straps used on the original Ikepod watches with the new addition of a pin-buckle. If you’ve got an older Ikepod, you can easily switch straps with the new models if you’d like. We choose to keep the Ikepod DNA of having integrated lugs to allow either a vintage Swiss made strap or the new silicone with a pin buckle strap. Also, leather straps are under development and should be available in the near future. 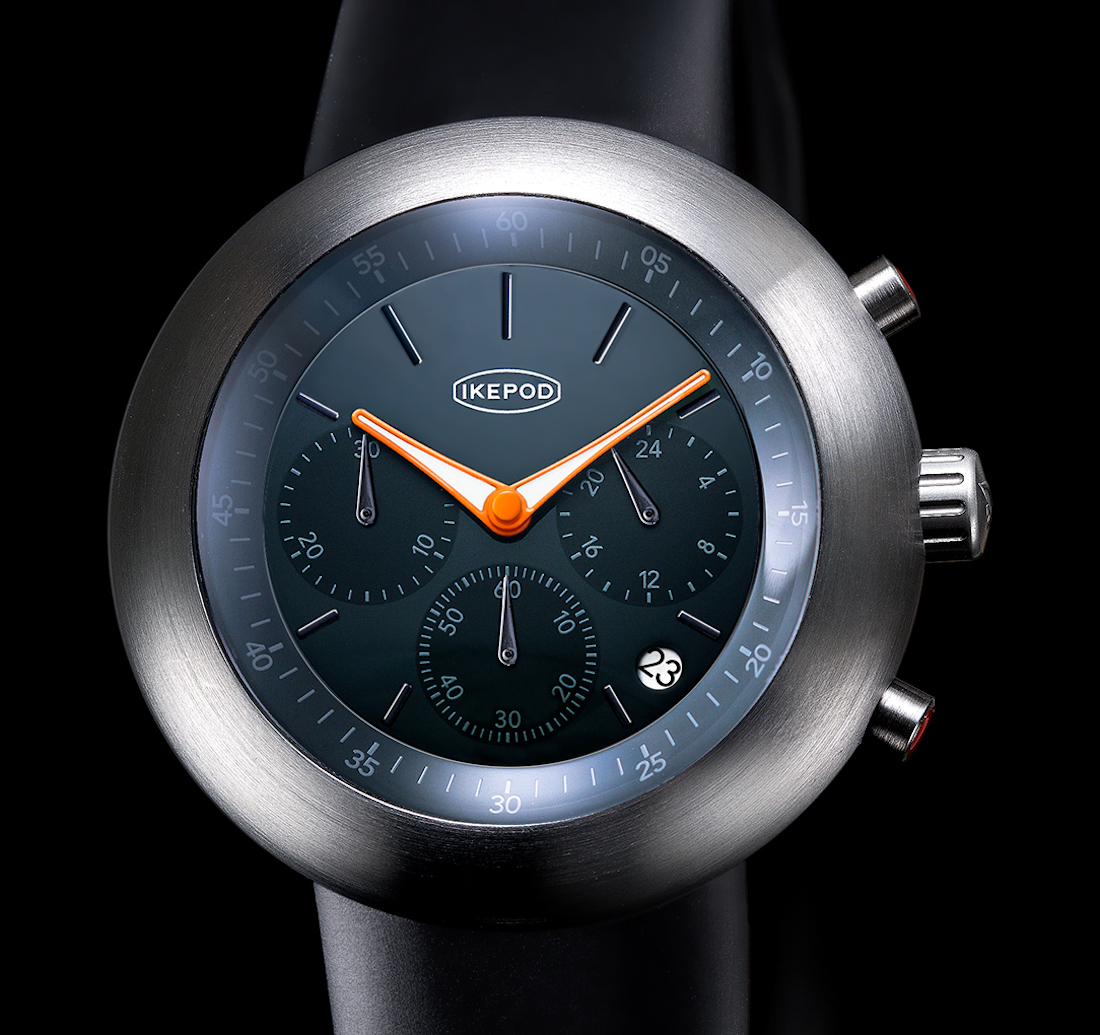 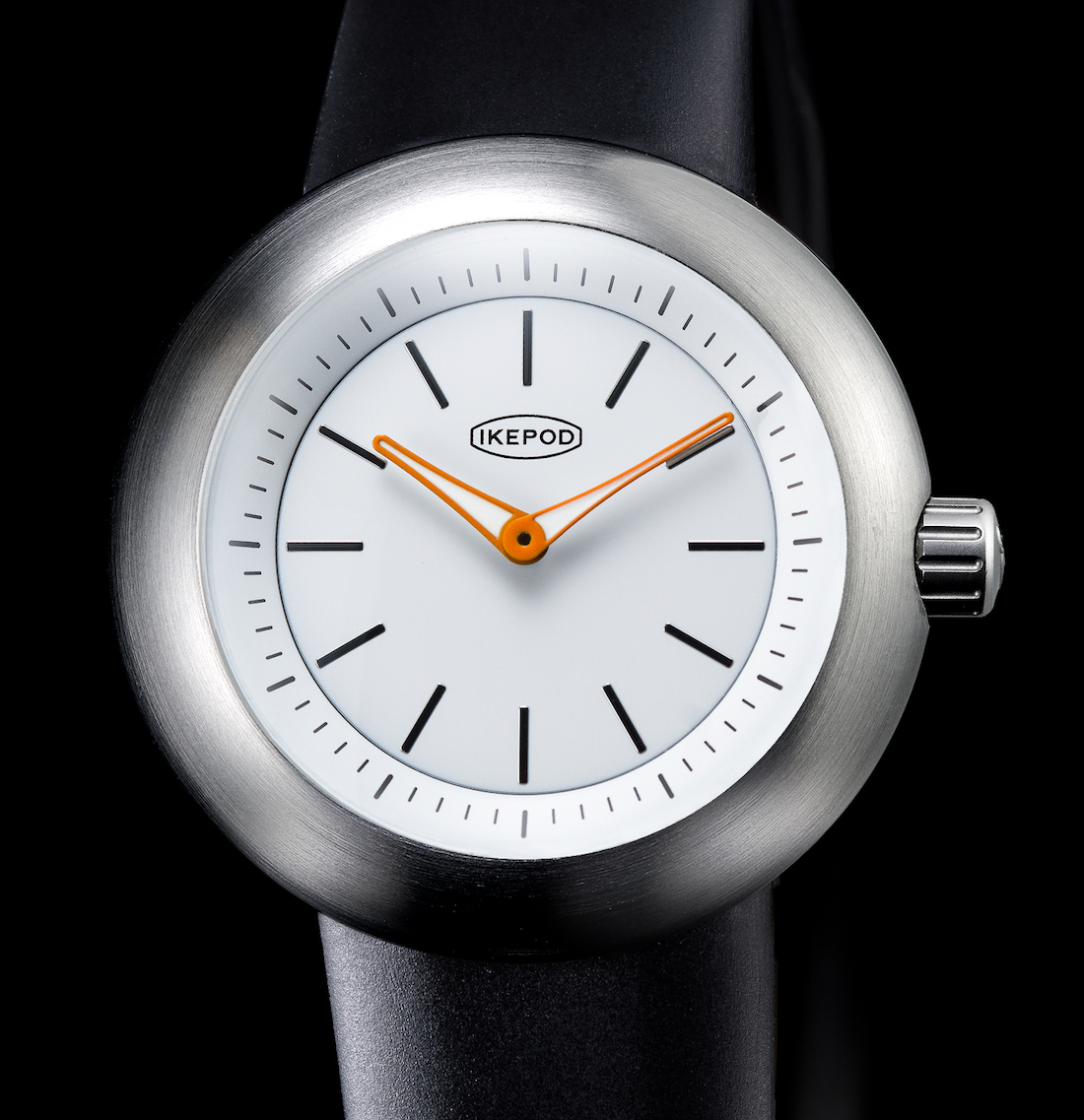 One aspect that has been changed is the top assembly of the case. This change in method of case building doesn’t impact the design at all and allows for servicing to be done in a more efficient and cost-effective way. This change benefits everyone, doesn’t take away from the elliptic case design at all, and is a modification we are proud of. The most important thing for us was to offer value for the money while having the best quality components for the hands, dial, case, and materials like the silicone strap. 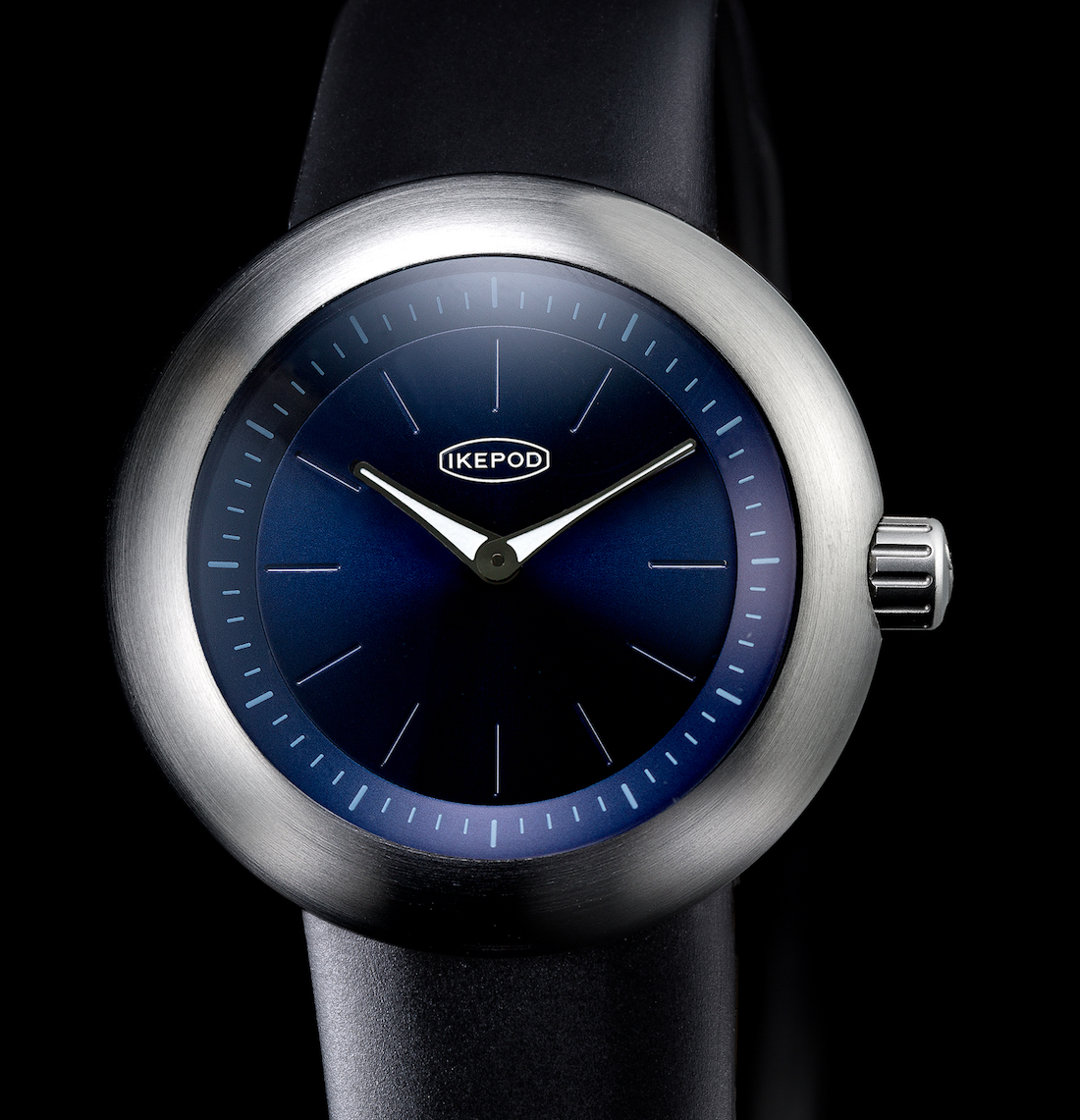 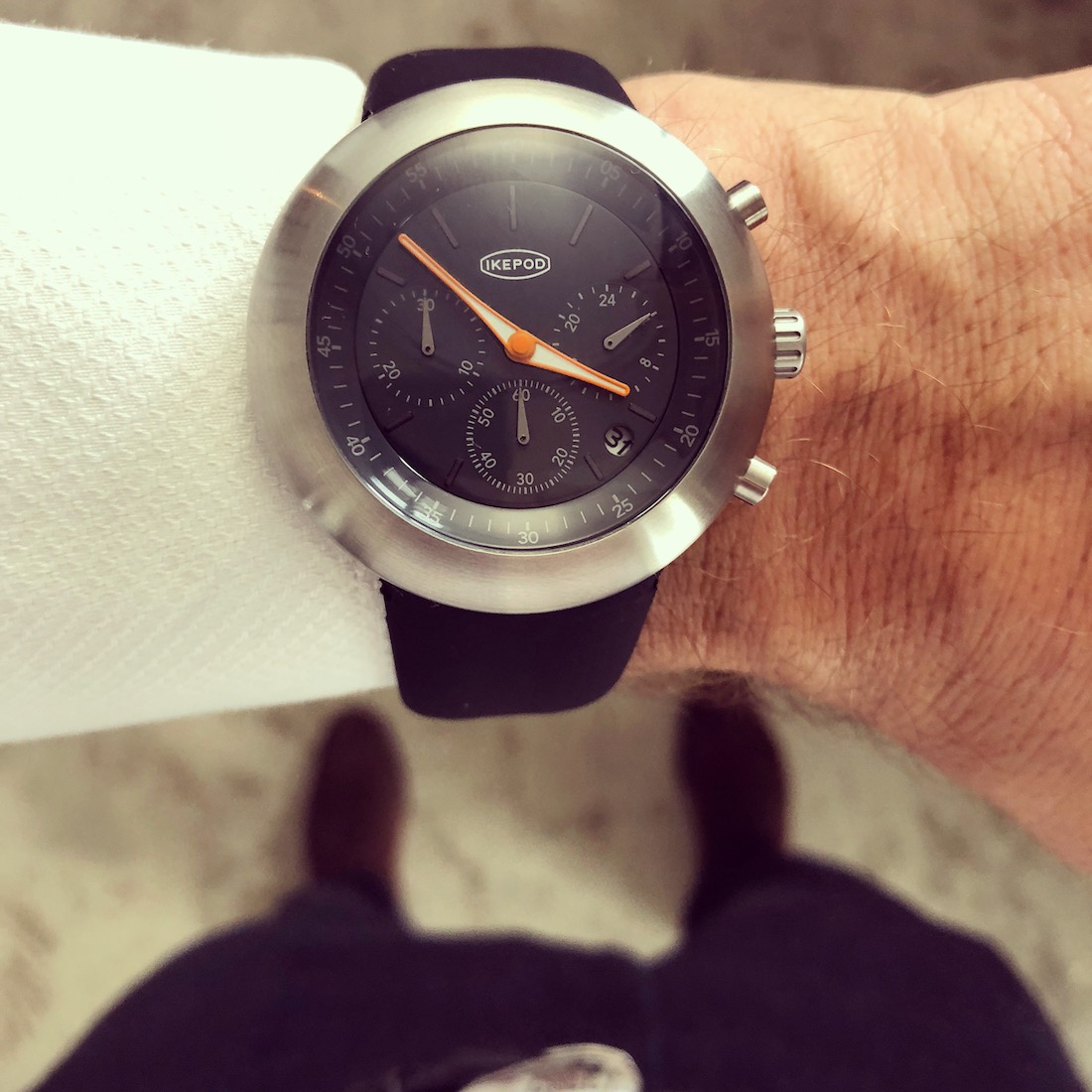 One thing to note is that we do plan to offer automatic models later on in 2019. The Kickstarter campaign for the new Ikepod Chronopod and Duopod is live as of September 18, 2018. We’re offering several dial and hand color variations ranging from black, blue, white, and several other options. For early crowd-funders, price for the Duopod will be $330 USD and price for the Chronopod will be $410 USD. ikepod.com