Inside Dubois-Depraz – Empire Of The Watch Movement Module 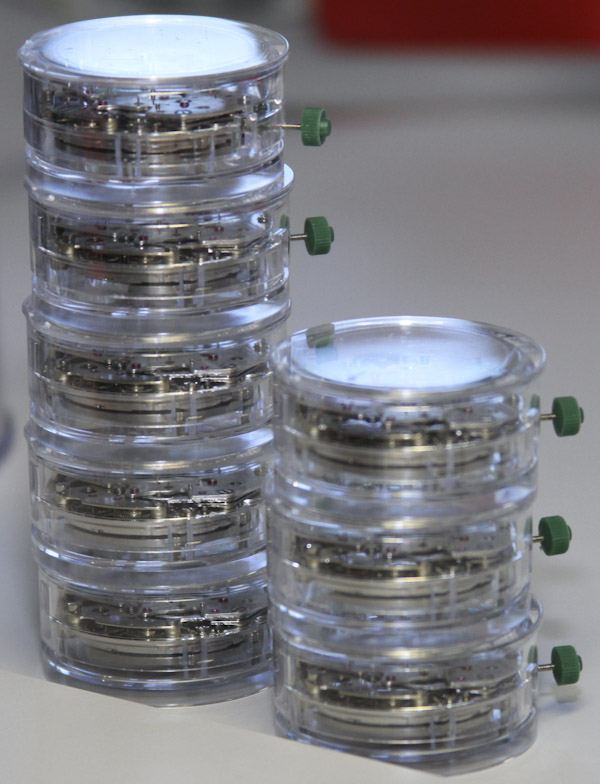 On an uncommonly warm day in early October I visited a place few watch writers go – the manufacture (well one of them) of Dubois-Depraz. High-up in the mountainous region of Switzerland’s famous Vallee de Joux the factory sits among many famous watch brands. Dubois-Depraz is a key cog in the watch industry you know and love, but they don’t make watches. 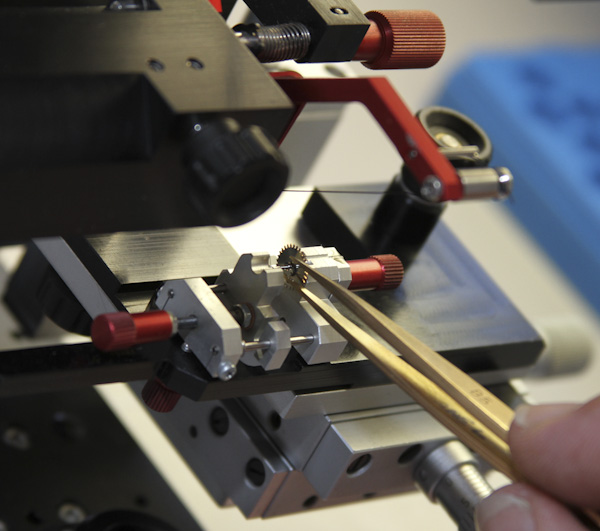 Individual gears are meticulously tested for precision and utility

Unlike the many curated tours of watch factories I am subject to, my guide at Dubois-Depraz wasn’t a PR guide. He probably just spoke English a bit better than the other people there. The manufacture is operated by two of the three Dubois brothers, and it has been in the family since its inception in 1901. The component maker currently is comprised of three locations, and I got to visit the most important facility – the assembly plant.

The air of the facility is very industrial. There is a bit more hustle and bustle here than in many other watch manufactures – but the white lab coat attire is familiar. Noisily machines operate as ambient sound fills the room with the repetitive operations of pins being connected to plates and gears being tested. Parts aren’t actually produced at this location – that is still mostly done by Dubois-Depraz, but elsewhere. Here parts are tested and put together into their final forms. I notice that the type of person here is different than in-house as most brands. The workers are older, more mature looking. It is very common for the average age of people working at even the highest-end watch manufactures to be about 25. Dubois-Deprez has a more lived in feel that is comforting. 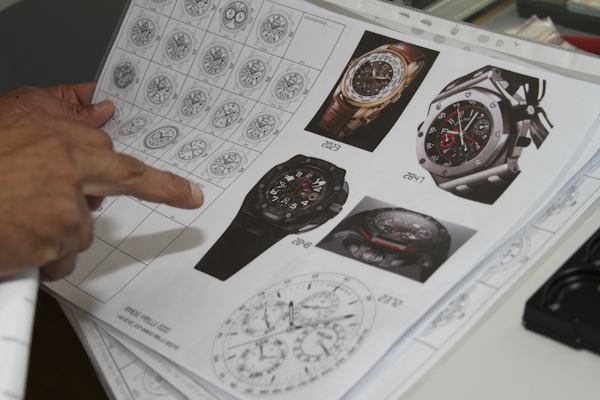 In addition to chronographs, Dubois-Depraz specializes in calendar modules

Without trying to be fancy the workers plow through the tedious effort of assembling watch movement modules. Their construction is very similar to complete watch movements, and they each still take months to complete given the bevy of steps involved from start to finish. What people really don’t quite understand is that even your basic mechanical watch movement takes a lot time to put together. It is a matter of weeks if not months, and the movements pass through the hands of many people who each construct, inspect, decorate, assemble, and test. And sometimes the steps are repeated more than once. Seeing just parts of the process makes one understand not only what makes a Swiss watch “Swiss,” but why they aren’t cheap. There is real effort and time in these little items of passion that the Swiss won’t stop making until time itself is a concept we have forgotten. 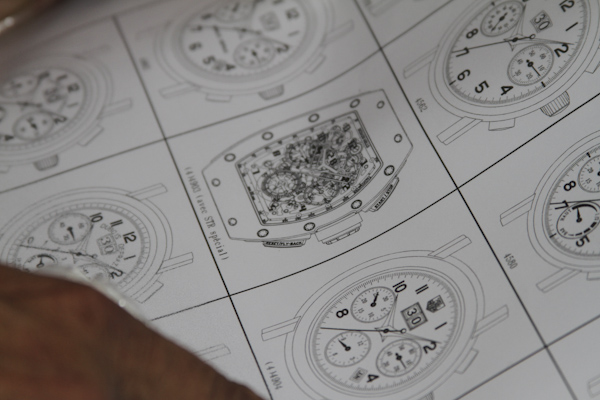 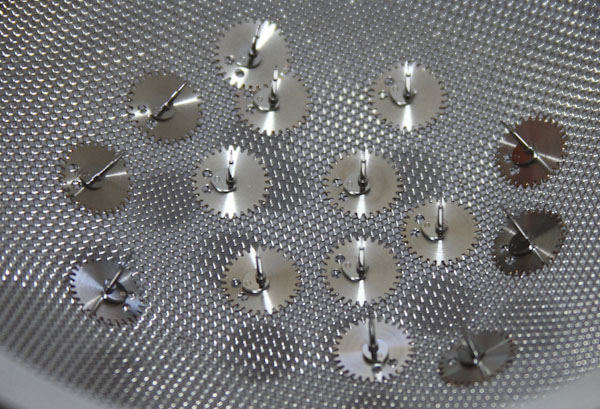 As mentioned, Dubois-Depraz is not a watch movement maker. A watch movement is the basic mechanism for storing and releasing power in order to indicate the time. It is comprised of a mainspring barrel, an escapement assembly, and some gears that move hands. What Dubois-Depraz makes are modules that can sit on base movements (such as the ETA 2892 which is a very popular choice for a base movement) and adds additional functionality. There certainly are “wholly integrated” movements that include time-telling as well as other functions, but it is very expensive to develop these. It makes a lot more sense in most instances to use a tried and true base movements with a module placed on top of it to add a chronograph, calendar, etc…

Dubois-Depraz has a long list of talents and clients, but their unofficial specialty are chronograhs and calendar mechanism. They also like making movements that feature both. Making a reliable chronograph is a pain, and many important brands work with Dubois-Depraz for a host of needs ranging from entire movement modules to specific hard to manufacture parts. You’d honestly be surprised at who uses their services on a regular basis. 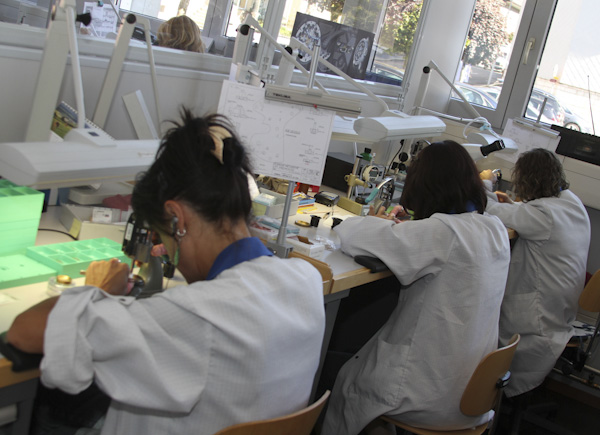 Some of Dubois-Depraz’s largest clients are major brands in the Swatch and Richemont Group – as well as Rolex. Yes, even Rolex relies on Dubois-Depraz for at least a few important parts in some of their movements. Brands I know they work with include Breitling, Omega, Jaeger-LeCoultre, Rolex, Patek-Philippe, Audemars Piguet, Richard Mille, and a lot others. For example the chronograph part of the movements in many Audemars Piguet Royal Oak Offshores are produced here at Dubois-Depraz. It might be surprising, even thought-provoking to learn that proud and important brands such of these rely on external suppliers for parts and expertise. That is one way of looking at it, especially given how much brands like to talk themselves up in terms of their technical achievements. Another way of looking at it is to simply understand the nature of “Swiss Made.”

Switzerland is a homogenous collectivist society. They believe that Swiss is best, but that the Swiss must also work together for the common good. That is especially true in the watch making world where things get pretty incestuous. As long as you are mingling with Swiss (and to a large extent Germans and the French), things are a gonna be OK in their eyes. For me, Dubois-Depraz offers an expert service, and they do it well. If Patek Philippe or Jaeger-LeCoultre comes to them for parts, it is because they probably do a pretty good job. 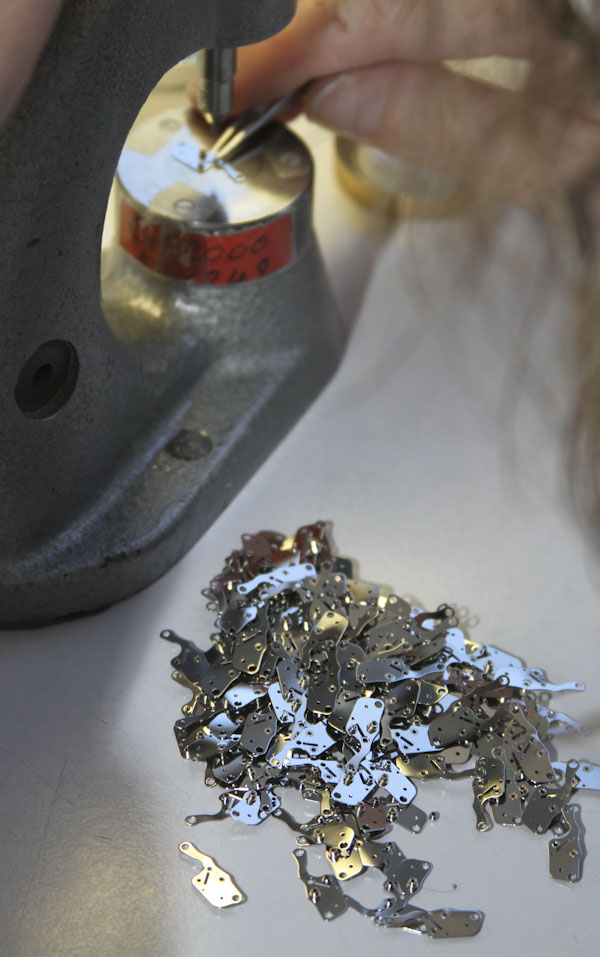 Efficent practices has Dubois-Depraz producing over 100,000 movement modules each year 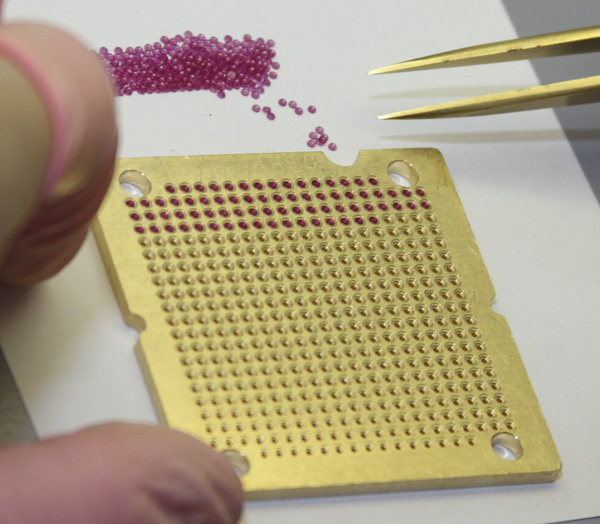 Years of developing special modules for dozens of brands has given Dubois-Depraz a very large catalog of watch modules they can produce. They mostly work with base ETA movements, but also often with Girard-Perregaux and Jaeger-LeCoultre base movements as well. There is some extremely high-end work that goes on here, and most of their client projects are totally confidential until completion.

Spending time at their manufacture helped me appreciate just how complex a chronograph mechanism is to make. Not necessarily in terms of sheer engineering, but rather at how each cam, pinion, and gear must be painstakingly tested for precision and durability. I saw patient workers place individual gears into microscope machines used to ensure the gears spun perfectly with out wiggling. Another machine was used to test the precise torque of springs used to reset chronograph hands to their starting position. Even the insertion of a pinion into a gear is done carefully, and by hand – each time. According to Dubois-Depraz they produce on the low end about 120,000 watch modules per year. 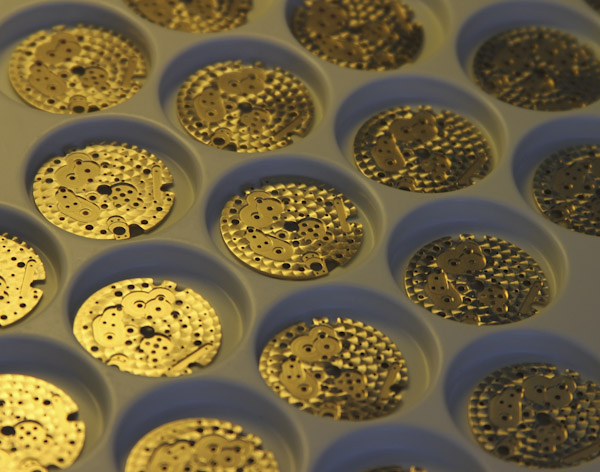 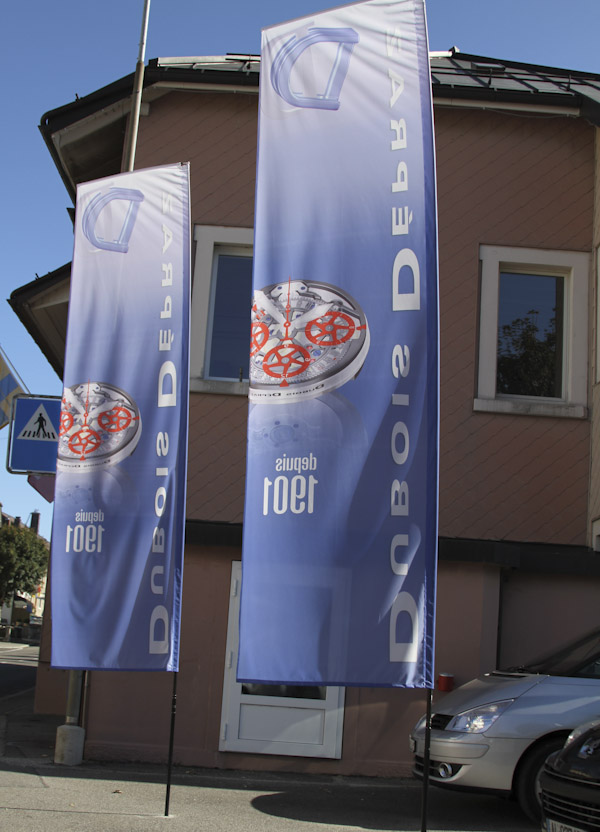 Banners for the company around town

I gained a lot of respect for the chronograph after visiting with Dubois-Depraz. I also learned a lot more about how the watch industry works. Suffice it to say that educating yourself about the watch industry is like understanding  watch movement. From the surface if can appear decorated and impressive, but you really need to get inside of it to start understanding the nuances and see how things work together (for the better or the worse). Thanks to the Dubois brothers and thanks to the people at Dubois-Depraz for their open doors.