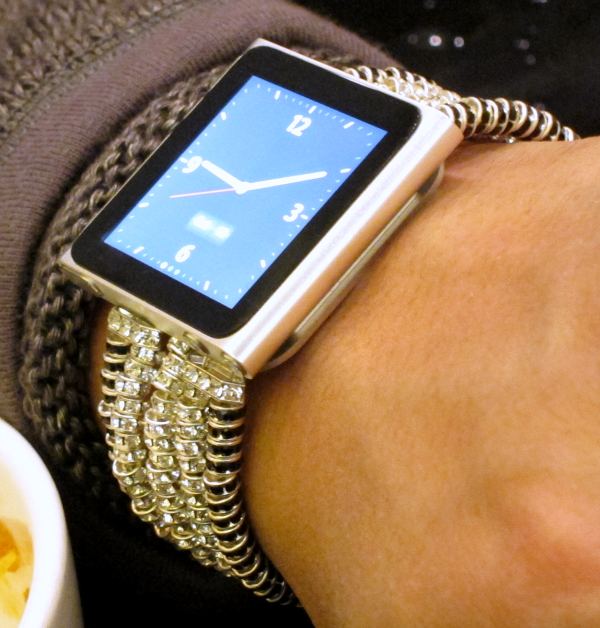 iPod Nano Gets Blinged Out – Proves Watches Never Went Out 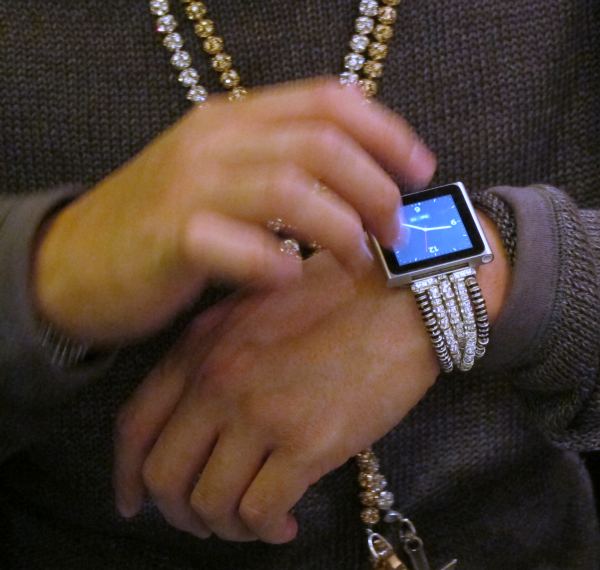 A friend of mine did a funny thing. He bought himself a new iPod Nano – the 6th generation one that everyone has been wearing like a watch – and started to bling it out. Kenneth Tong is the type of guy who does this sort of thing. A fan of diamonds and other shiny precious things, he would never have just worn the iPod Nano like a watch the “normal” way on a NATO strap on in one of those cheap silicone things you can buy. No, he needed it to have diamonds, which the bracelet he had custom made for it does.

But it got me thinking. Not about diamond decoration – people have been decorating things they like with diamonds for eons. More about the allure of the iPod Nano as a watch. People have been remarking on how “watches are dying.” Referring to the fact that some people are choosing their mobile phones over watches. I say that these people probably didn’t have very nice watches to begin with, but that is beside the point. The point is why is it that the iPod Nano comes out, has a time function that displays an analog clock, and the geek world that is so convinced they no longer need watches, clamor to get the thing on their wrist? Isn’t that just a bit ironic? 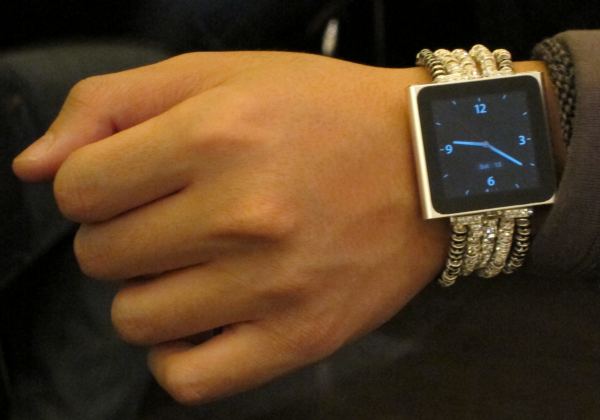 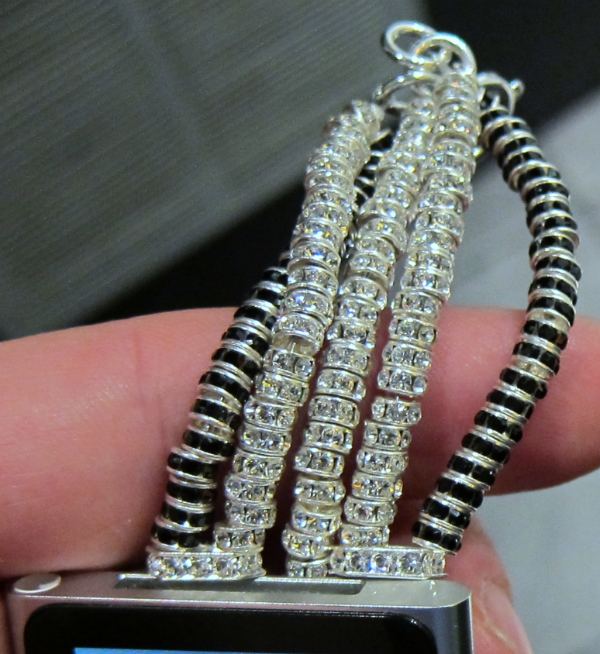 No, I don’t think it really is ironic. I don’t think that people who wore a decent watch they felt an emotional connection to ever stopped wanting to wear a watch when they suddenly realized that something else could tell them the time. Kids that use their phones over a watch do so because no one in their lives ever got them a decent watch.

Kenneth, my friend, has had a lot of watches. He isn’t going “Nano” on us, but he is experimenting with it. Taking a break from traditional timepieces to see how this bit of bona fide modern technology serves as an alternative. Because he is into jewelery and alike items, he wanted to dress the Apple product up a bit. In this case it means diamonds of the white and black variety. 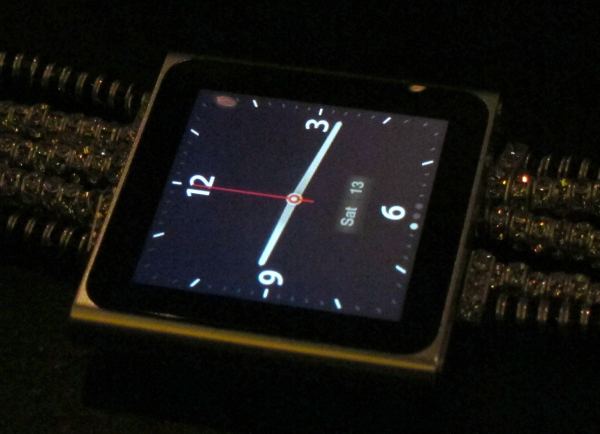 No one will suggest you ditch your timepiece for an iPod Nano – but the concept is interesting. The Nano has the ability to show images, play music, and of course, tell the time. The time telling function features the time with the date, but it rather basic with just one screen that can be viewed with either a black or white dial. I kept saying that Apple should have included more dials, and given people the ability to upload custom ones using the basic time program. Oh wait, Apple doesn’t do open source, open platform I forgot. If they had good optional dials, people would likely pay for them.

People rushing to stick the Nano on their wrist tells me that people are looking for technologically sophisticated watches to show their face in the mainstream. Yes we can get oddly made mobile phone watches and alike, but these aren’t ready for prime time – at all. Wait 5-10 years and we will have some much more legitimate wrist tech that will be more than useful.

For now Kenneth is acting as a bit of an early adopter. Showing us that technology can be sexy and even luxurious. Here he has done something relatively simple. Create a modified bracelet that functions as a strap for the iPod Nano clip. Whether you like it or not, you have to agree that the future will have people blinging out their iPod Nano watches. For Kenneth, this may just be the strap. The next step may include working on the iPod Nano itself. Adding diamonds in clever ways to make it more interesting. There are a ton of possibilities. I say – have at it. This is watch culture at its finest and most dedicated because it is taking something that is part of a family of products that people claim helped kill demand for watches, and shows how people couldn’t wait to put it back on their wrists.