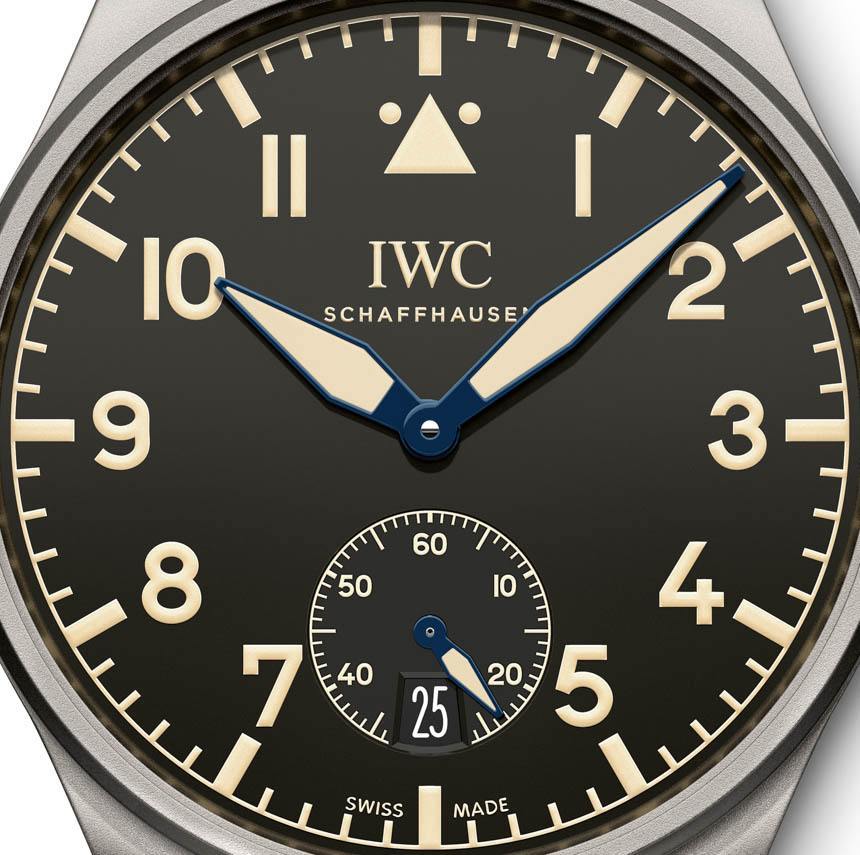 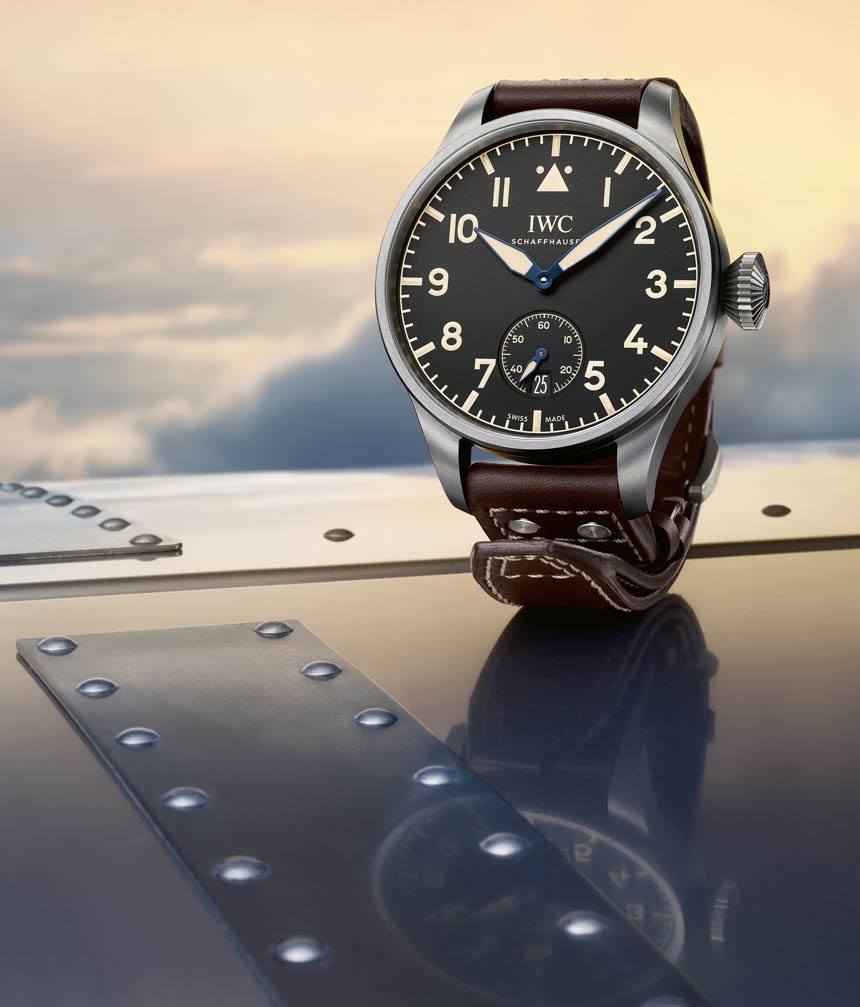 At the IWC watches booth at SIHH 2016, the theme will be all about pilot watches with two of the flagship limited edition models being the new IWC Big Pilot’s Heritage 55 and the related IWC Big Pilot’s Heritage 48. Each of these watches is directly inspired by the 55mm-wide IWC Big Pilot’s Watch (52-calibre T.S.C.) the company produced in 1940 for military purposes. Pictures of the original 52-calibre T.S.C. (Tirette Seconde Centrale) are below, with one amusing one showing the comparative 55mm-wide size with other older IWC pilot watches.

A few years ago at SIHH, IWC also chose its pilot watch collection as the main aesthetic theme of the year. Then, it was all about modern aircraft and jet fighters with an emphasis on some new Top Gun versions of IWC Big Pilot’s watches. Thus, my suspicion is that this year in 2016, the theme at the IWC booth will be one of more historic flight to recall the World War II-era origins of the 1940 watch that inspired these two new limited editions. 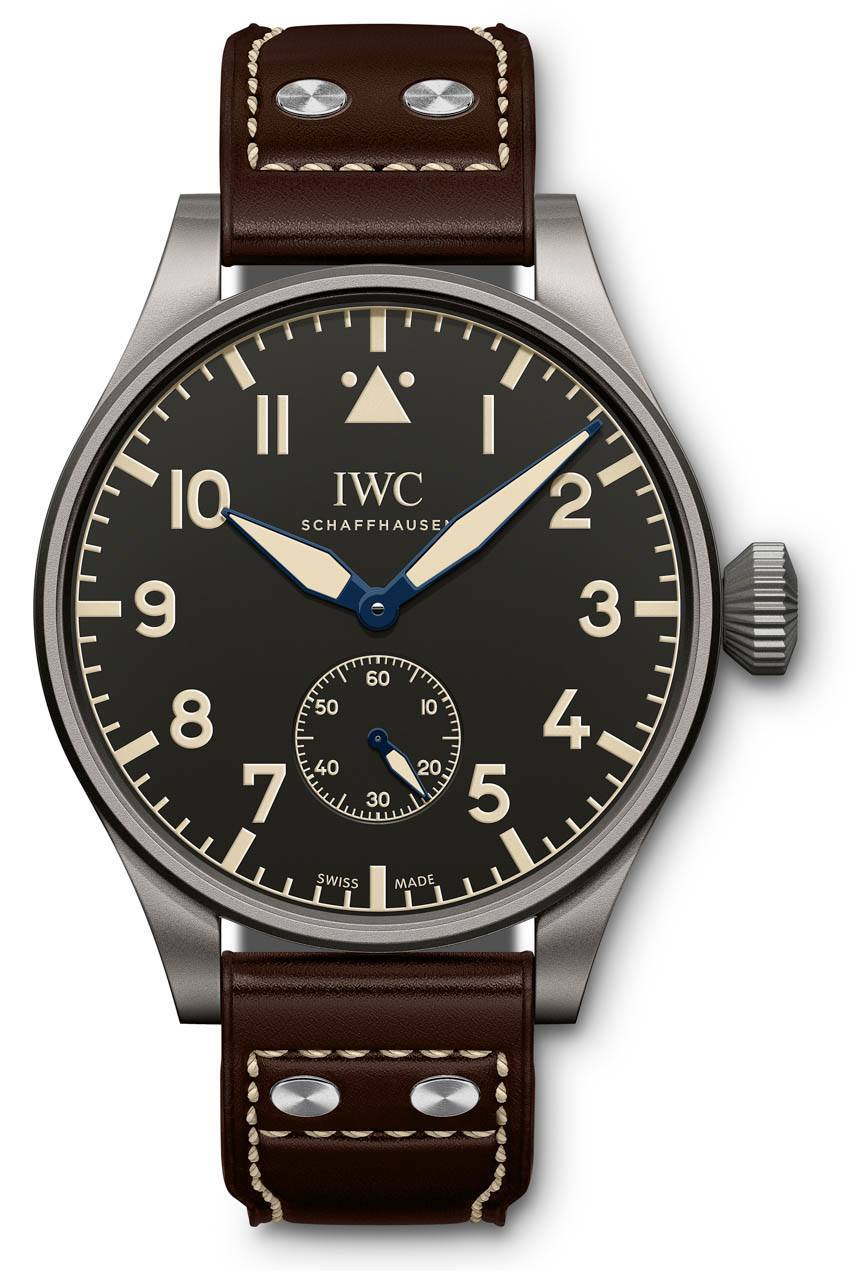 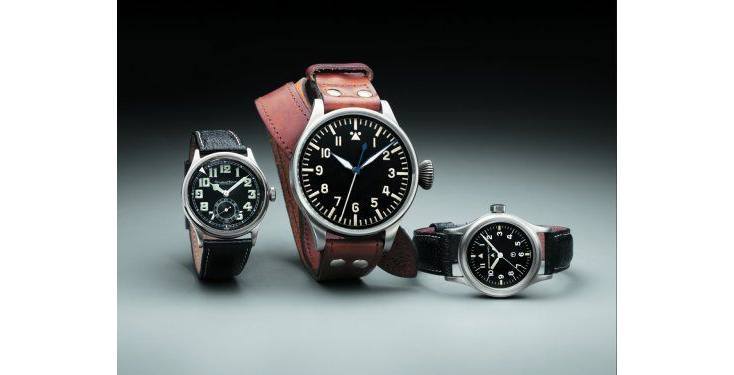 With that said, some people actually can pull off the 55mm-wide size (and I don’t just mean Arnold Schwarzenegger – because he quite can). See, for instance, the 60mm-wide Zenith Pilot Type 20 on my wrist here. Design-wise the watches are certainly more “retro-revival” sport watches that are modern in construction with an old (but not aged) look. In what is probably a good move, IWC decided to produce the cases in sandblasted titanium that helps shed some of the weight of these larger-sized cases. IWC also opts for a traditional “flieger” pilot watch style of dial which is popular with a lot of people. 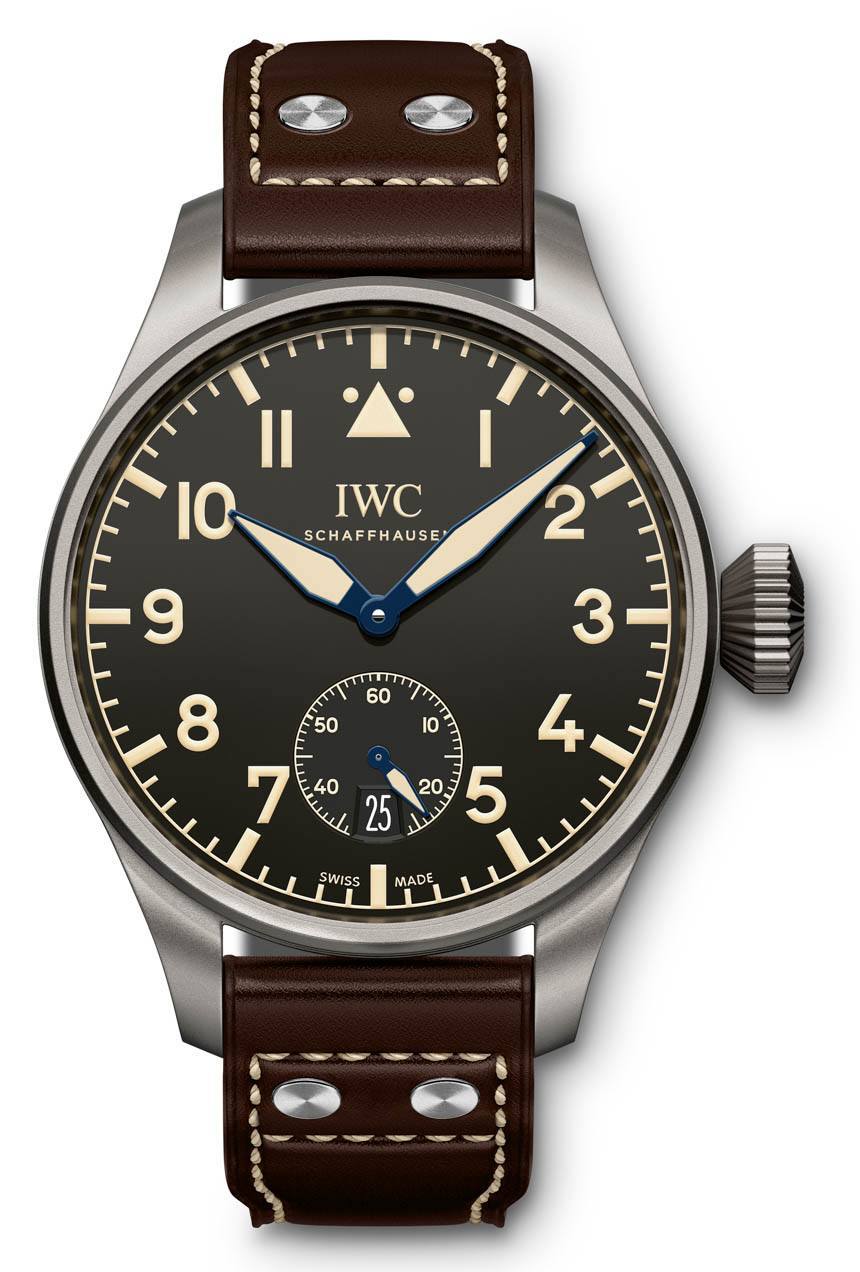 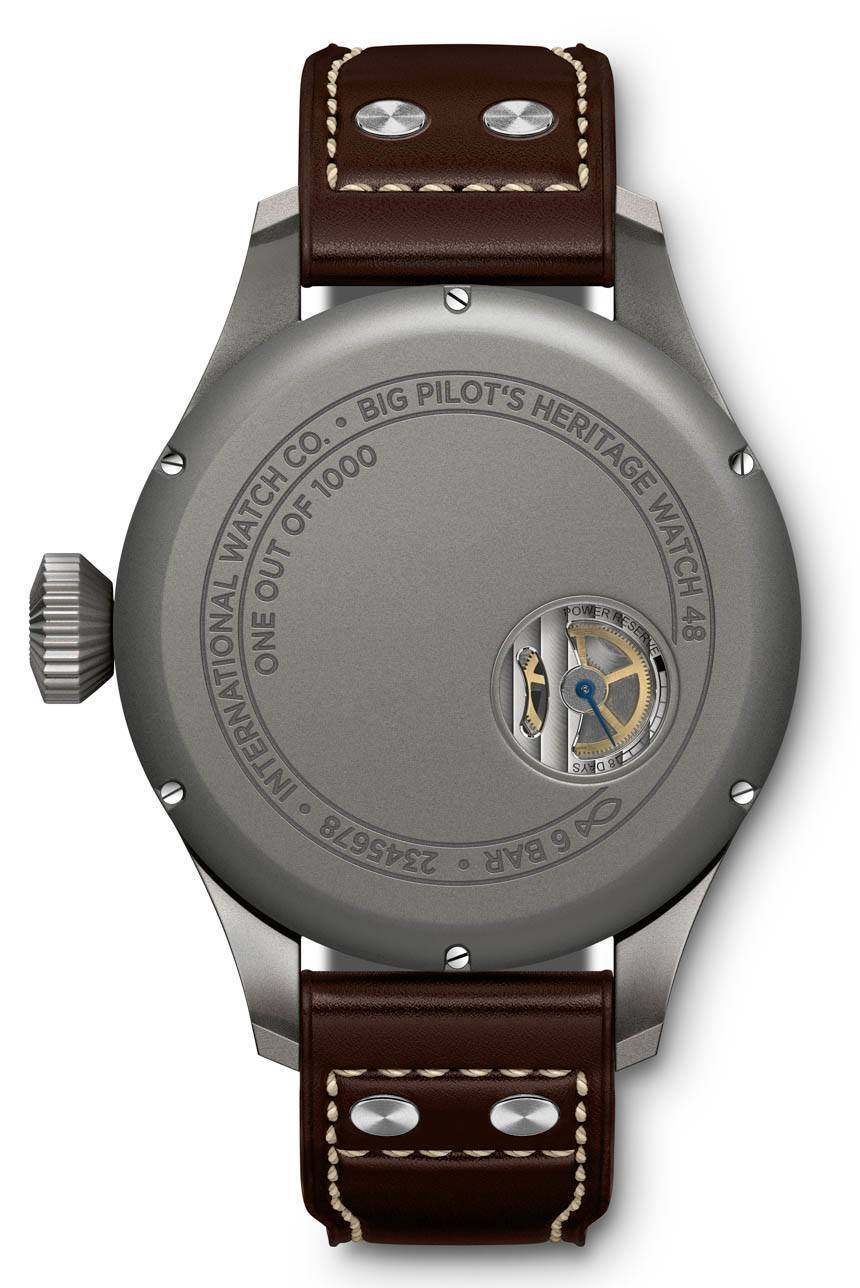 Unlike the original 1940 IWC Big Pilot watch that has a central seconds hand, IWC chose to give the new IWC Big Pilot’s Heritage watches manually wound movements with subsidiary seconds dials. This often makes for a better look on some large-dialed watches, and besides, IWC had at least a couple movements fitted for this purpose. What I suppose is also interesting is that the two watches do not share the same movement. Given the more “collector’s status” of the IWC Big Pilot’s Heritage 55, IWC uses their slower beating and more “vintage-style” in-house made caliber 98300.

The 98300 movement is thinner than the calibre 59215 used in the IWC Big Pilot’s Heritage 48 watch, but is otherwise a lot simpler in its operation with a 2.5Hz (18,000 bph) frequency and a power reserve of 46 hours. The movement is often easily identified by its long fine adjustment needle. Here, however, you can’t view the movement through the intentionally sparse solid titanium caseback.

It is also worth mentioning that the IWC Big Pilot’s Heritage watch cases are both water resistant to 60 meters, and each also uses a soft Faraday cage on the inner part of the case to add a high level of magnetic resistance to the watches. The crowns are also fitted with “high friction clutches” that prevent the watches from being overwound. These were originally developed to protect the delicate movements inside of pilot watches from being wound too much, as aviators were often winding them using gloves and could not as easily feel resistance from the movements during winding. 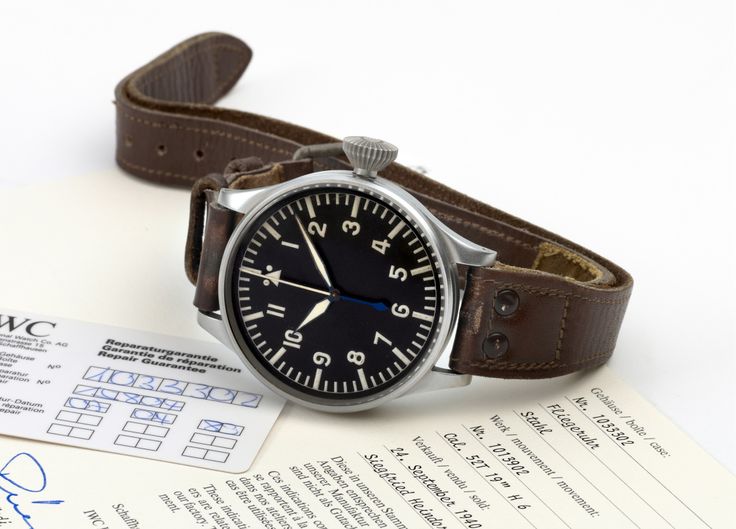 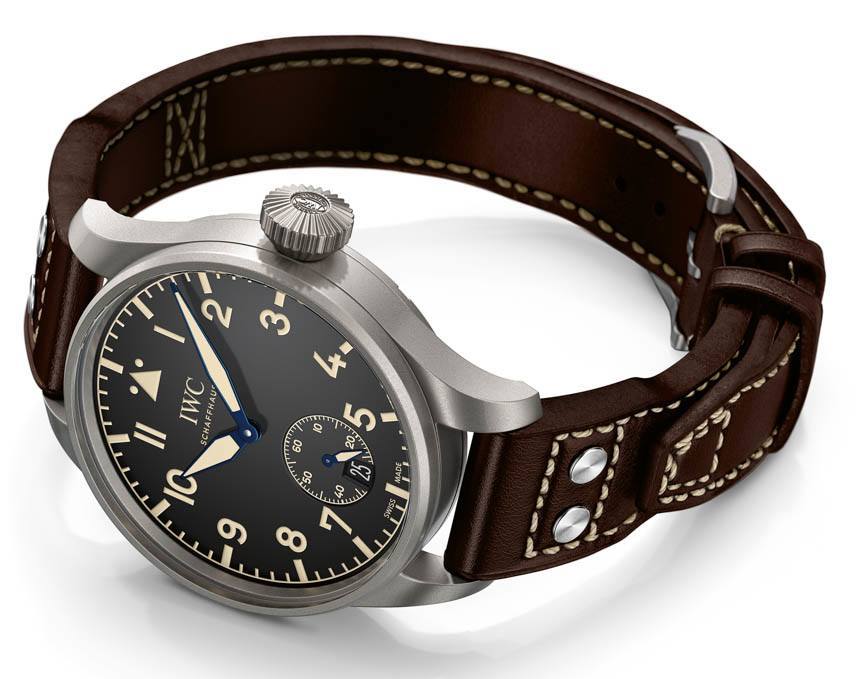 Going back to the dial, it is nice to see the classic flieger watch return with the beige-colored lume and use of “triangle with two dots on the side” icon placed under the 12 o’clock hour indicator. Legibility should prove to be excellent for the dials as well, and I look forward to seeing how the blued hands play with the light as well as the other textures and finishes on the dial of these IWC Big Pilot’s Heritage 55 and 48 watches.

Inside the smaller 48mm-wide model is the also IWC in-house-made calibre 59215 manually wound movement. In my opinion, this is the one to be more excited about, as it has a long power reserve of 192 hours (eight days) and operates at a modern frequency of 4Hz (28,800 bph). IWC matches each of the IWC Big Pilot’s Heritage watches with brown calf leather pilot-style straps with the iconic-looking rivets on them. These should prove quite popular with IWC fans, and I look forward to seeing these two new flagship models at SIHH 2016. No final prices yet, but the IWC reference IWC510301 (48mm-wide version limited to 1000 pieces) and IWC510401 (55mm-wide version limited to 100 pieces) will be between 14,000 – 16,000 Swiss francs. iwc.com