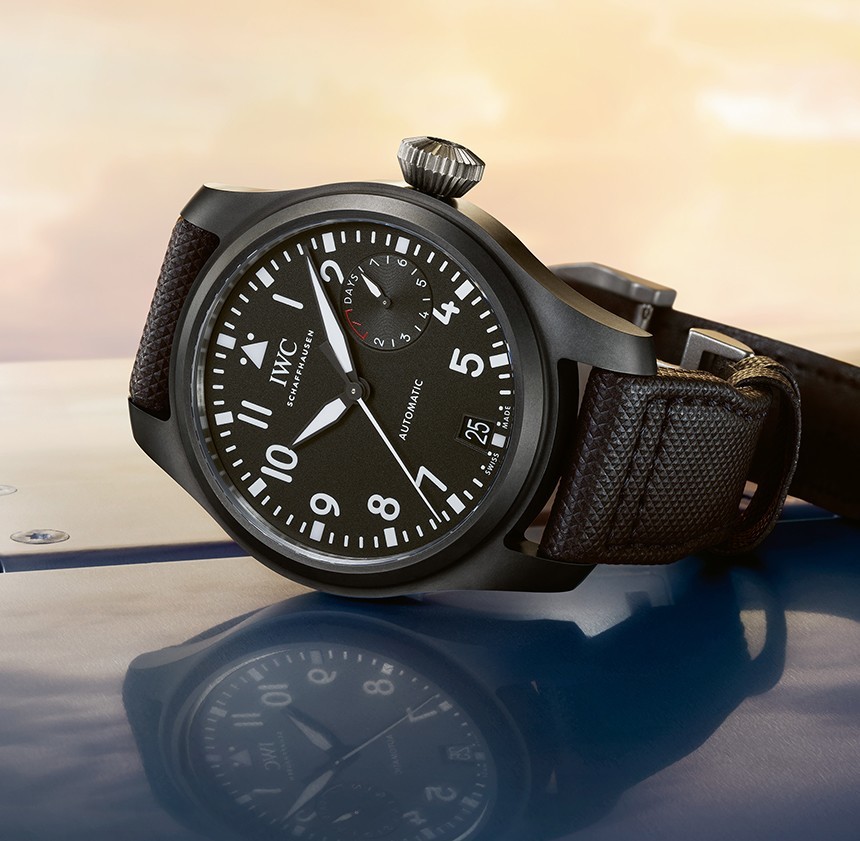 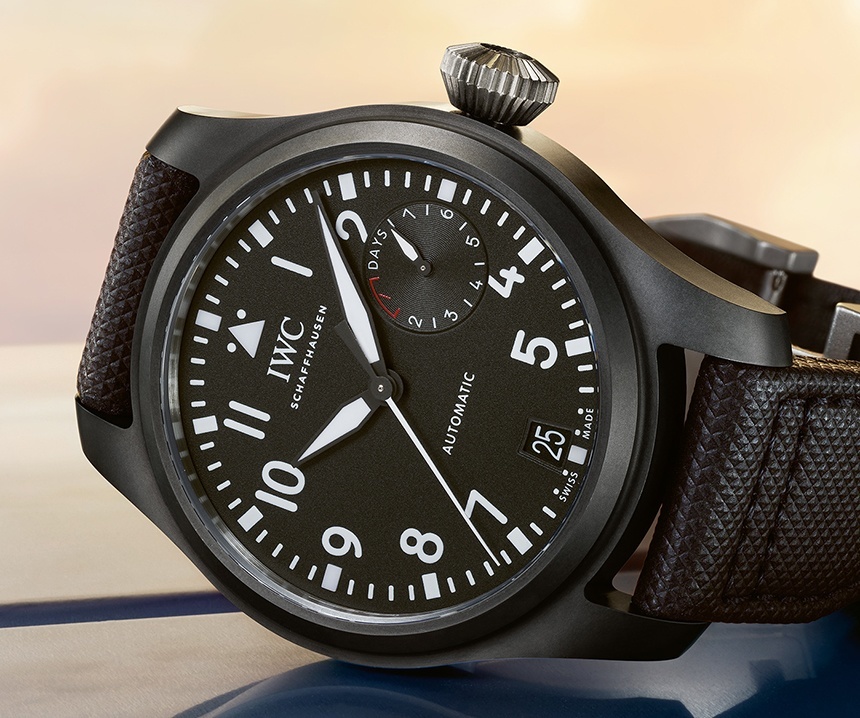 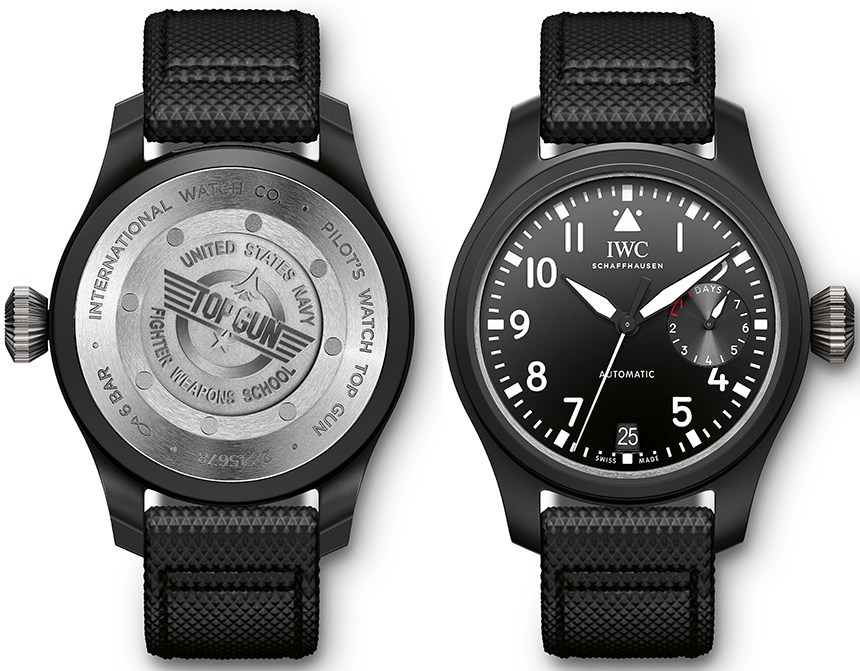 There are two aesthetic decisions that are in line with IWC’s hearkening back to the more classic-looking Pilot’s watches. The first is the decision to remove the signal red aircraft silhouette from the seconds hand. The other change is that they are removing the colored Top Gun logo imprinted on the case back of the watch (joining the Top Gun Miramar, which has had it since 2012). They’re now opting for a more discreet, engraved logo. Also, another new theme for 2016 is the addition of calfskin straps. For this watch, they’re replacing the fabric strap with an embossed black calfskin strap. 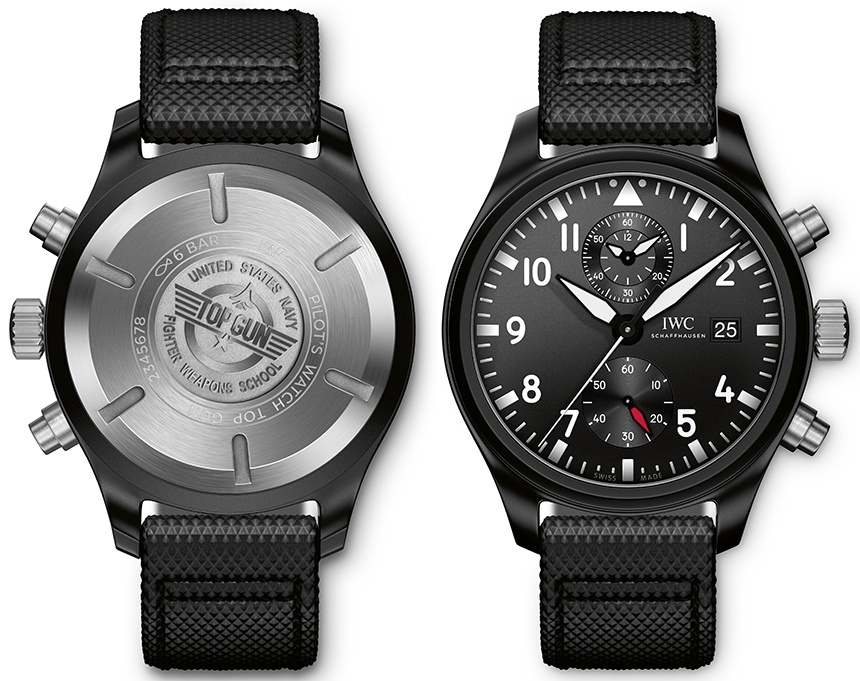 IWC has always been quirky in that they choose to make their chronograph watches smaller than the non-chronograph versions. Just as the IWC Big Pilot’s Watch Top Gun (Ref. IW502001) shrunk by 2mm, so does the IWC Big Pilot’s Watch Chronograph Top Gun (Ref. IW389001). It’s going from 46mm down to 44mm, and losing the triple date display as well for a more traditional single date window. Date windows in general seem to be a particularly irksome detail for a lot of watch people, so I doubt the protests raised at the removal of the triple date display from the Big Pilot’s Watch Chronograph as well as several other Pilot’s watches will be too rancorous. 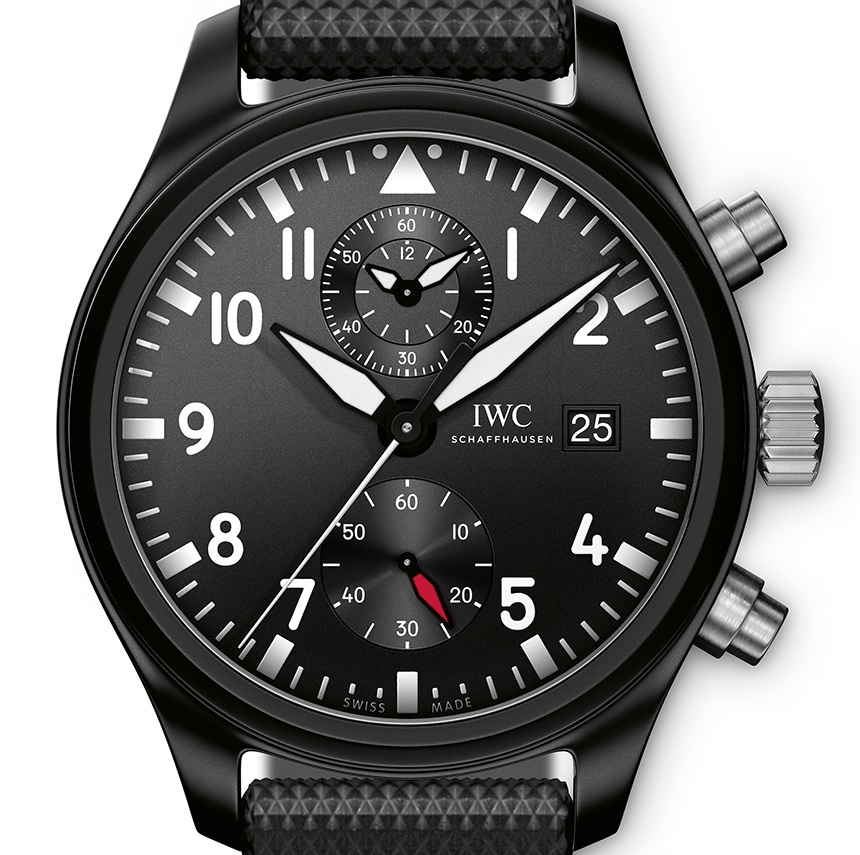 A change coming to the Chronograph is the addition of the in-house 89361 calibre movement. This features a 12-hour chronograph which combines stopped hours and minutes on the upper dial as well as a flyback function to reset the chronograph without having to stop it. The movement has a 68-hour power reserve running at 4Hz, as well.

The IWC Big Pilot’s Watch Chronograph Top Gun 44mm-wide case, with a thickness of 15.5mm looks handsome in black ceramic. That along with the incorporated titanium for the caseback and other parts should make the IWC Big Pilot’s Watch Chronograph Top Gun watch wear pretty light on the wrist. IWC also notes the “soft-iron inner case” used to protect against magnetism, but does not give us a specific indication of just how antimagnetic that makes the watch. The cone-shaped, screw-in crown helps maintain the acceptable 60 meters of water resistance. 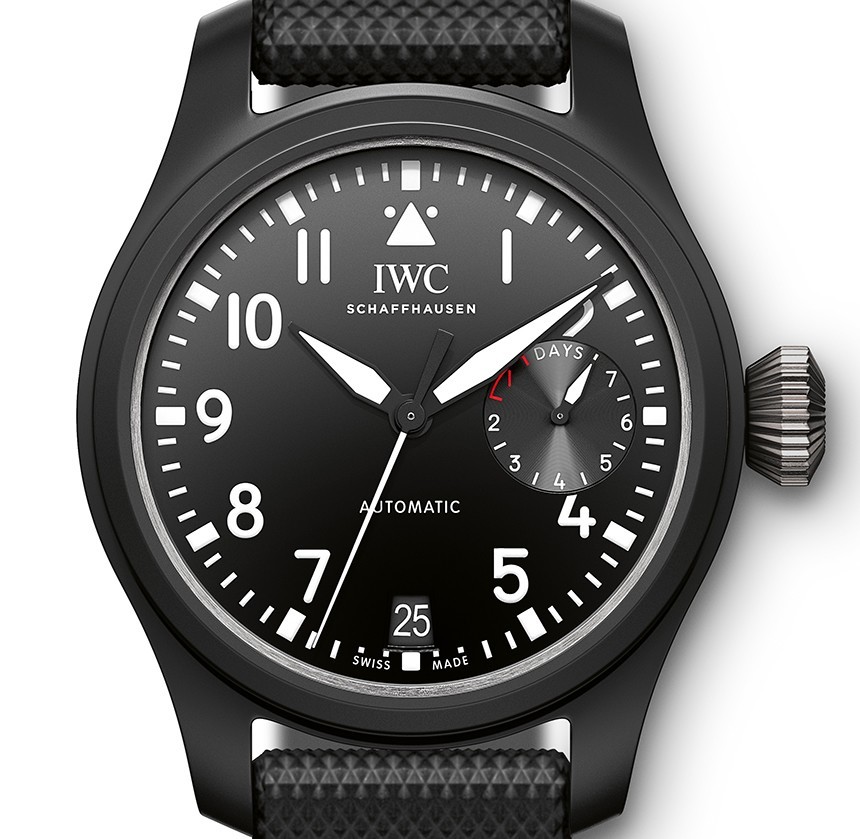 For the three-hand IWC Big Pilot’s Watch Top Gun watch, the familiar white triangle flanked by two dots has been moved from the chapter ring to the position of the 12 o’clock marker, above the IWC logo. The IWC caliber 51111 with a Breguet spring has a fantastic 7 days (168 hours) of power reserve with, running at 3Hz. The dial features a date display at 6 o’clock and handy power reserve indicator with the only splash of red to be found on the otherwise black and white dial. IWC uses a patented pawl-winding system that allows this movement to build up its considerable power reserve with 1,960 revolutions of the rotor.