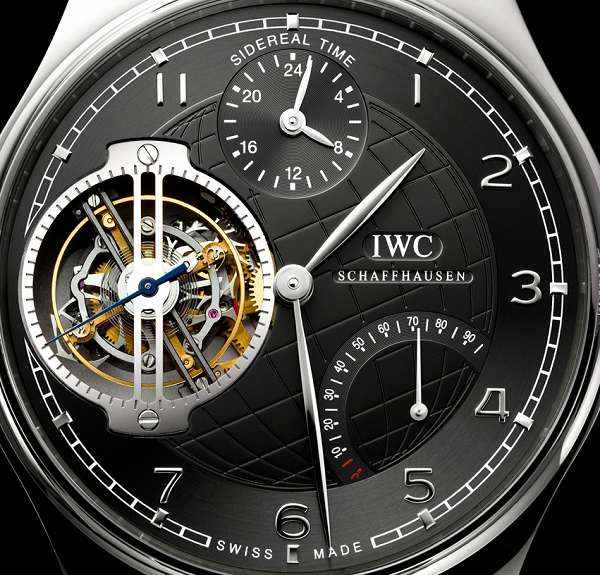 What you are seeing here is the most complicated IWC watch ever created. It is called the Portuguese Sidérale Scafusia (ref. 5041) and it will be available only via custom order. IWC recently launched it at a powerful celestial observatory in Chile, and it represents a new high-mark for the brand. While the watch itself is very interesting, the lesson it can teach us about how high-end watch brands operate is even more interesting.

According to IWC a team of watch makers spent about 10 years researching and developing the Portuguese Sidérale Scafusia mechanism. While at least one other IWC watch offers more complications, the Portuguese Sidérale Scafusia is a much more complicated watch. Strictly for the die-hard collector, this timepiece according to IWC CEO Georges Kern is a “dreamlike” machine. It holds within it the values a serious watch brand wishes to convey as well as those aspirational qualities that a super high-end watch should have. It is meant to be an item of wonder, something that beguiles and intrigues more than something which has a serious utilitarian use. 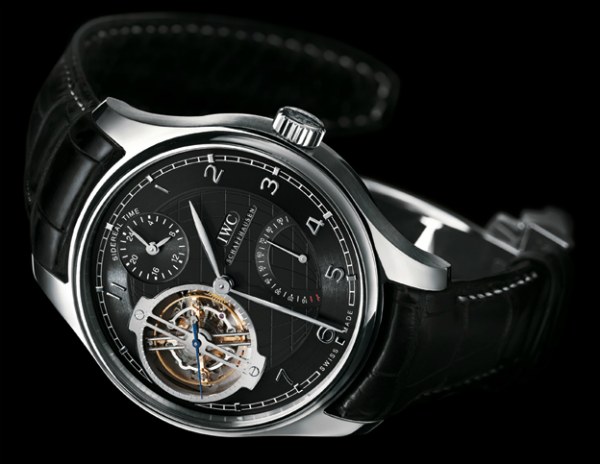 In a candid interview Georges Kern has recent with Swiss paper Le Matin, he spoke clearly as to the purpose of the Portuguese Sidérale Scafusia watch. It is to attract people to the brand, show off IWC’s technical capabilities, offer media bait as something to discuss, and provide an ultra-exclusive piece for the world’s top watch collectors (something which IWC did not previously offer). The project was never really intended to be a money maker. IWC will be happy to sell 10 of them per a year – and with the current market situation as it is, IWC expects most of them to go to Asian clients. The Portuguese Sidérale Scafusia will however also act as an eye lure at IWC brand boutiques around the world with it in the window.

IWC carefully chose the complications its new flagship piece was to offer. It has been well established that astrological complications are among the most alluring to high-end collectors and buyers. These complications tend to be less than necessary to their lives, but encapsulate the emotion and feeling one wants from a complex timing machine. There seems to be a strong connection to astronomical timing and prediction, that is shared among high-end watch lovers. I too am fascinated by such timepieces whose indications can predict or dictate what is happening in the skies. While purely emotional, it makes me feel like I have some special increased power over the heavens. 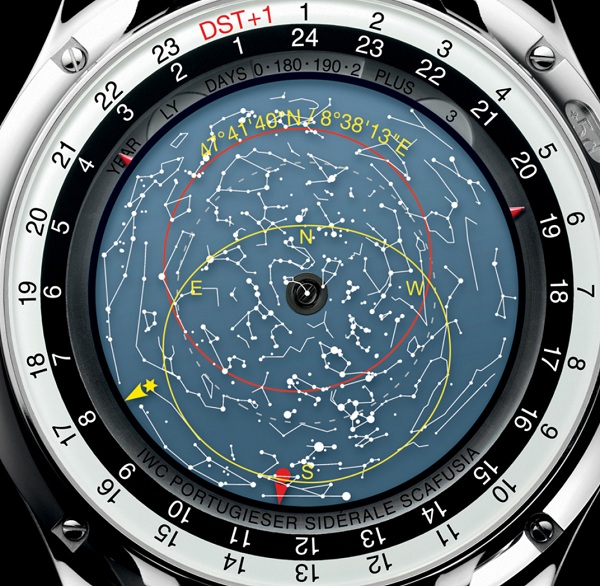 For this emotional reason IWC chose the Paranal Observatory operated by the European Southern Observatory in Chile to unveil the new creation. The watch and the observatory don’t have any specific connection to one another, but the themes are the same. Complex astrnomical watches should be debuted at a complex astronomical viewing instrument location. Makes sense right?

Kern’s purpose for the IWC Portuguese Sidérale Scafusia watch is sound, and I appreciate how openly he discussed the business aspects behind the timepiece’s creation. So you probably want to know a bit about the watch itself right? It is a fascinating device, and I imagine it will sit in its comfy container most of the time. Being manually wound, the box IWC ships the watch in will contain a special crown winding mechanism so that it is always powered. Winding boxes for manually wound movements are rare, but a highly appreciated accessory for a watch like this. 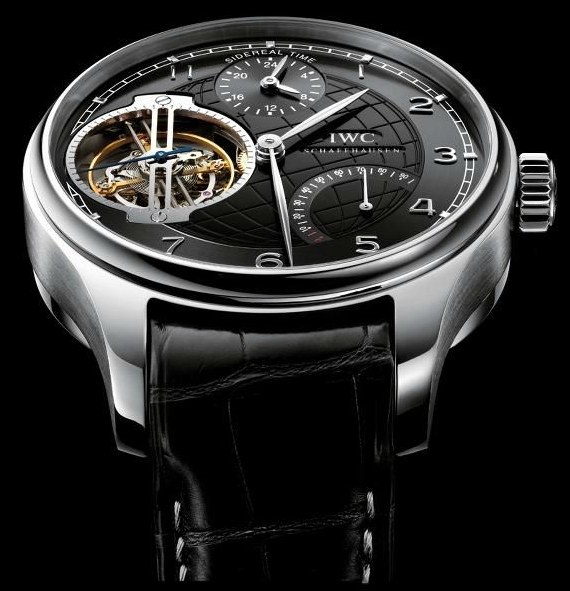 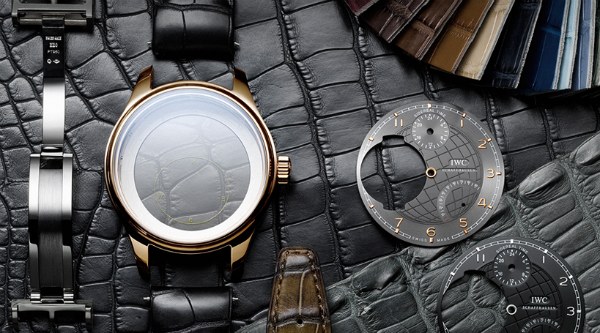 The result of all the preparation is the new IWC Calibre 94900 movement. It has over 500 pieces and contains a main movement sections with a module for the astronomical data. A new technology employed in the movement is a constant-force tourbillon. The purpose of this is to increase the rate reliability of the movement. It doesn’t work for all 96 hours of the power reserve, but the middle 48 hours are supposed to offer extremely consistent power to the movement. This means that the watch will be more accurate. The purpose of a constant-force escapement is to decrease the variation in rate results that occurs from the fact that a fully wound mainspring releases more power than an almost totally unwound mainspring. In this case it has been applied directly to the tourbillon. 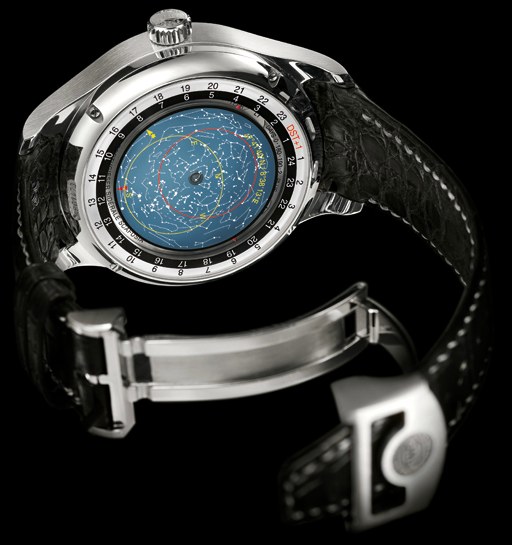 This feature combined with a large-sized open tourbillon on the dial make for a visually thrilling experience. Another interesting feature of the tourbillon (and one that I’ve never seen before) is a dead-seconds mechanism. IWC doesn’t want to use the term “ticking,” but that is what the seconds hand on the tourbillon does. Just like a quartz watch, the tourbillon seconds hand advances in one second increments rather than sweep.

On the front of the dial you have the time, tourbillon, power reserve indicator, and the item for which the watch is named – sidereal time. Sidereal time is displayed in a 24 hour format as is known as the true earth time in terms of a rotational standpoint – different that the standard time and solar time. These days sidereal time is used by astronomers, and people who buy watches that contain this complication. Like an equation of time indicator – this complication is more emotional than useful to the majority of people. 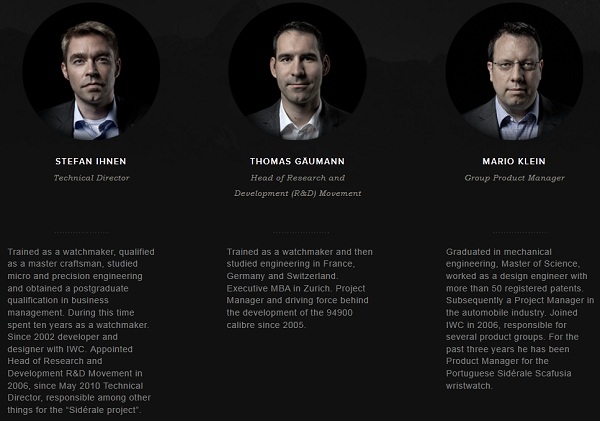 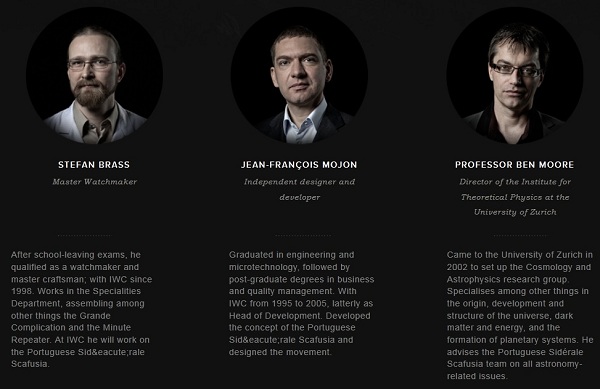 Things get a lot more complex on the back of the watch where the astronomical data is displayed. Here you will also find one of the world’s most diminutive perpetual calendar displays. The large astrological chart is based on a specific sky location the customer must choose. Basically it frames a small section of the night sky. IWC claims that the chart can display the actual position of about 500 – 1000 stars. The chart moves to represent how the view of the sky changes from the perspective of someone standing on earth. The chart and hands around the chart further indicator sunset/sunrise data, sidereal time, solar time, and day/night indicator. It is all very complex, tiny, and awesome.

Around the periphery of the star chart is the perpetual calendar. See it now at the top? This perpetual calendar is a bit different than you might be used to as it only displays the leap year indicator and a count of what number day it is in the year (1 – 365). I think that is all pretty cool – but of course all of this info is only viewable when you take the watch off. No doubt that the calibre 94900 is extremely impressive on all accords. 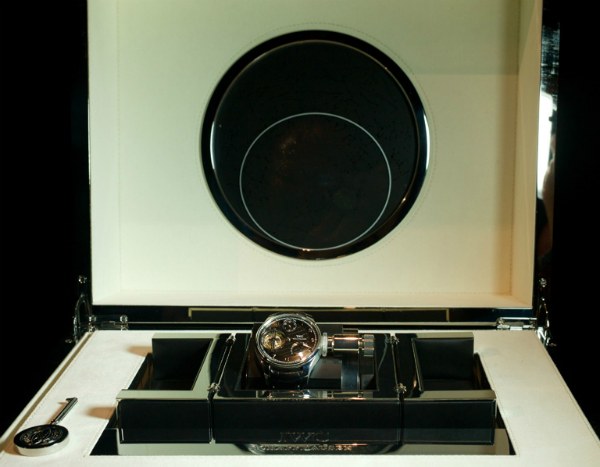 If you are familiar with other complicated IWC watches built on the Portuguese platform you’ll instantly recognize this watch. The case is 46mm wide by 17.5mm thick. You can get it in 18k white or red gold, and also in platinum. If you want something special, IWC will likely do that as well given that each piece is made to order. In terms of customization, IWC claims that there are over 200 combinations possible. This include case materials, polishes, straps, and dials. Don’t forget that you’ll be asked to choose what part of the sky you want on the back of the watch. Oh, and I love this statement (so Swiss), “IWC is only too pleased to honor special requests in the interests of exclusivity.”

As a new brand marquee and super-complex watch for the high-end market the IWC Portuguese Sidérale Scafusia is a satisfying creation. IWC has a micro-site with details and a nice presentation on it here. This watch will help boost brand confidence and appeal in developing markets that are just starting to really learn about the brand. While I like this watch a lot, I know it is a separate creature so it does not really change the way I feel about other IWC pieces (which I, for the most part, already like anyways). Ordering an IWC Portuguese Sidérale Scafusia will set you back about 750,000 Swiss Francs – and if you want one in the next few years you better put in your order soon. 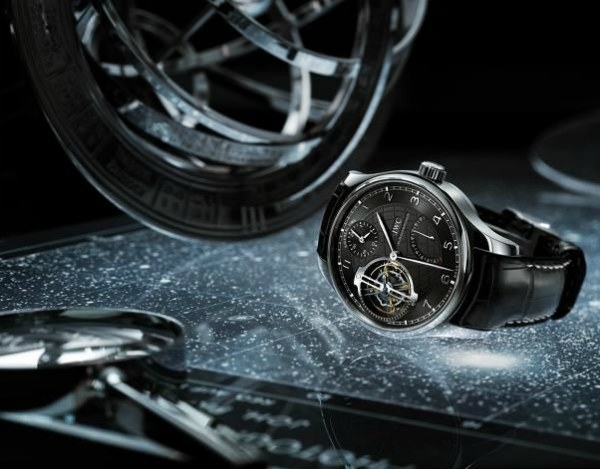