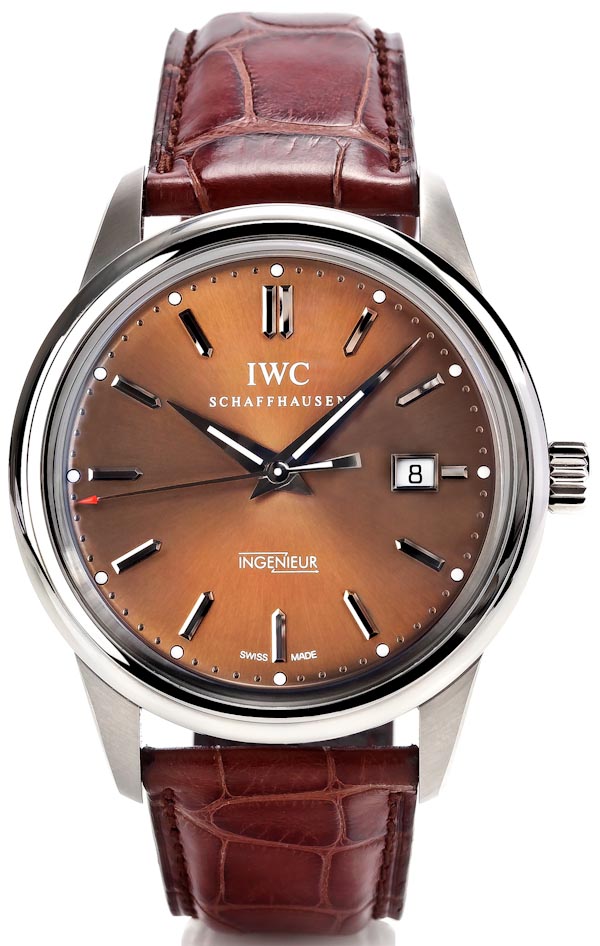 Back in 2008 IWC released a collection called “Vintage” which was a bit of a misnomer. It was the beginning of the serious retro watch craze and IWC released a collection of stunning vintage themed versions of their contemporary collection. The kick was that each of the pieces actually did have a real history. So it was new watches based on original vintage watches, but not 1:1 design reproductions of those watches. These were cool and an IWC Vintage Ingenieur was part of the collection. I felt that putting “Vintage” in the name could make some people think that they were actual antique watches.

Now in 2012 IWC has partnered with UK authorized watch dealer theWatchGallery.co.uk to sell a unique limited edition version of the IWC Vintage Ingenieur watch (first discussed here) in the UK (or online from some UK dealers). The 2012 limited edition piece has a metallic brown dial and brown reptile strap. It will be a limited edition and only 36 of the pieces will be available in the UK (exclusively through The Watch Gallery’s stores and website). 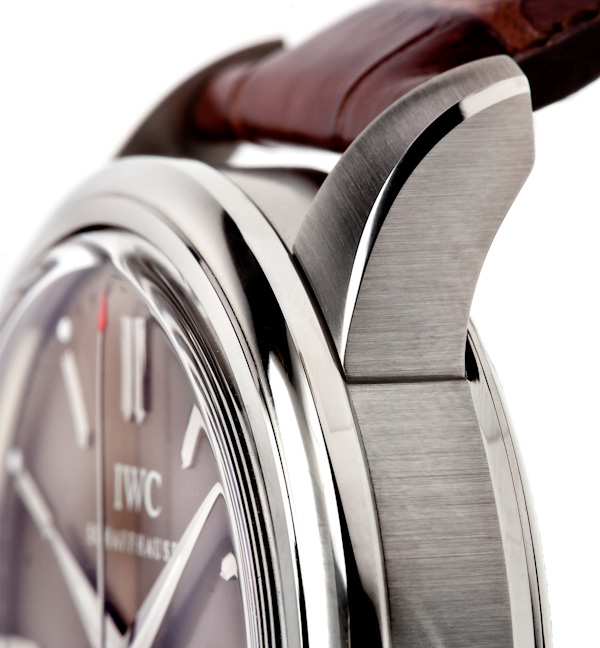 As I understand it, the original Ingenieur watch was IWC’s answer to Rolex’s Milgauss watch collection – for scientists and engineers. Those utilitarian ideals are sort of lost as it is a luxury watch today, but the piece is still as handsome as ever. While dressy by today’s standards it has a distinct masculinity to it. It is a dad’s watch. Not a dad of today’s watch, but a dad of yesterday. It is sober while effective, and attractive without being the least bit dandy. This watch looks good in a board room or while bowling. In brown, it looks just as nice as the steel and black model from 2008.

The Vintage Ingenieur watch is 42.5mm wide in steel with carefully mixed polished and brushed surfaces on the case. The prominent lume-coated dauphine hands mix well with the applied hour indicators. Lume dot auxillary hour markers help round-out the dial. While the dial does of course have lume, by today’s standards it isn’t going to be as bright as say a dive watch given the modest amount of SuperLumiNova placed on the dial. 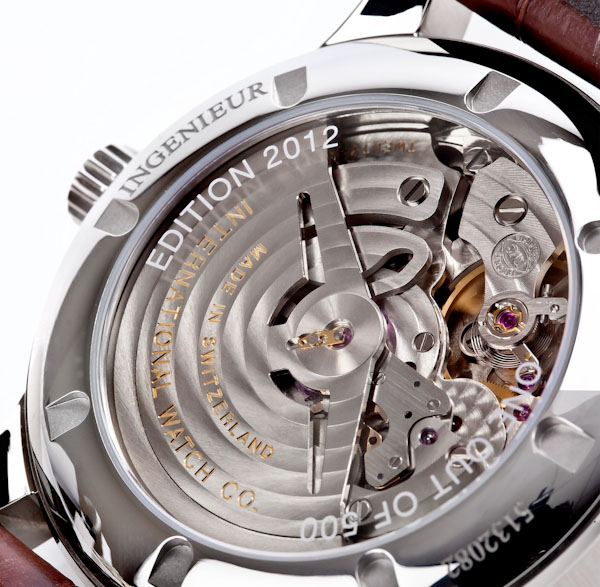 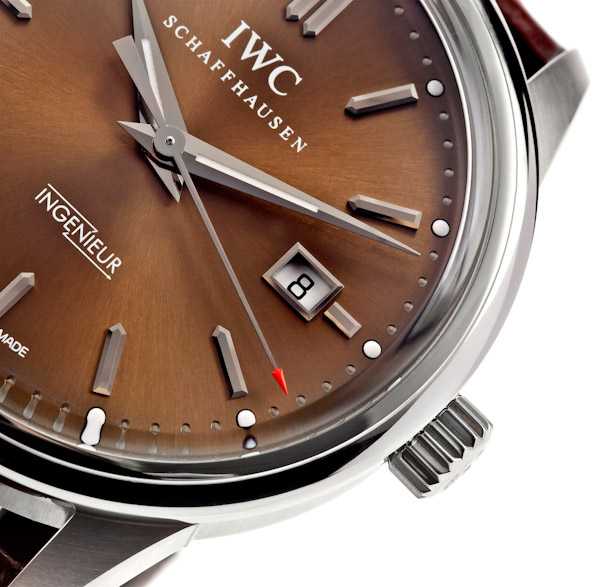 Inside the IWC Vintage Ingenieur is an IWC made caliber 8011 automatic movement that was originally released in the mid 1990s. It has the brand’s Pellaton winding system and is a great looking movement. What I like a lot about many of IWC’s in-house movements are that they are intended to be large and fill up the entire caseback. As such, the caliber 8011 automatic is visible through the caseback of the watch.

500 of these pieces will be made globally for 2012. IWC places “2012 Limited Edition of 500 pieces” on the rear of the watch printed on the sapphire caseback window. Each market will only get a few pieces – mostly under specific retailers. It is unclear to me just how much the mainstream consumer is still interested in very “vintage” looks, but a piece like the IWC Vintage Ingenieur feels more retro than vintage, and certainly stands on its own today being just a bit fashionably dated in its design. Price is 5,950 British Pounds and in the UK for instance is exclusively available here online or at the Watch Gallery’s London Selfridges and Westfield boutiques.