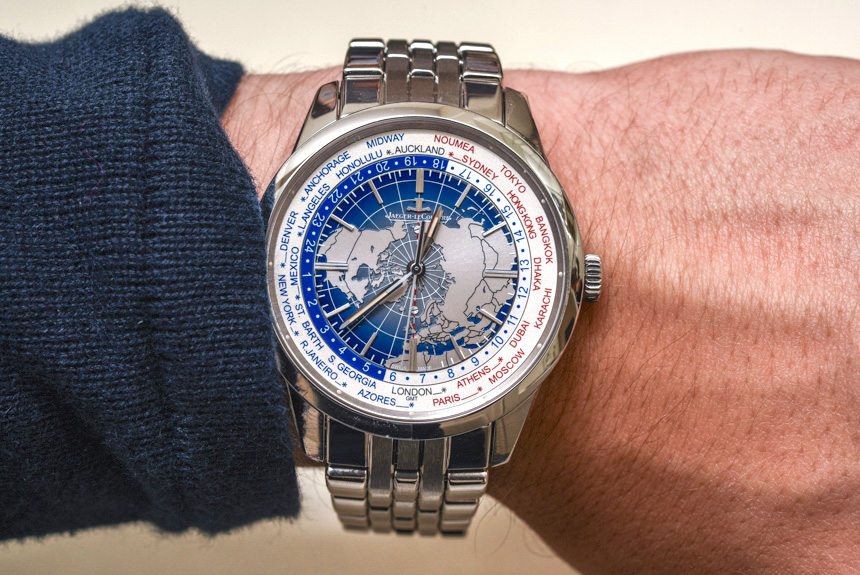 The Jaeger-LeCoultre Geophysic was first launched in 1958 as a special edition watch and has since become a hot favorite for vintage collectors. In 2014, JLC revived the Geophysic label for a new line of watches. The Geophysic Universal Time in steel was a part of this lineup, followed by a gold model. Here, we look at the steel model on a bracelet and it’s really quite interesting how a simple modification like exchanging a leather strap for a steel bracelet can significantly change the identity of a watch. I know this point seems self-evident, but the shift from very dressy to quite casual is stark here, especially considering the classic world timer dial. 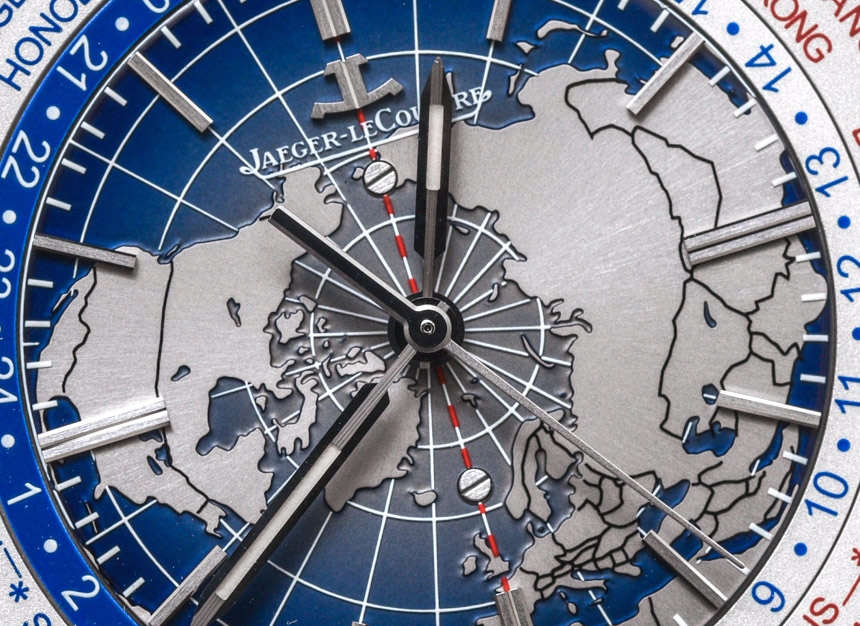 The Jaeger-LeCoultre Geophysic Universal Time is, as the name indicates, a world timer and to the best of my knowledge, it is the only world timer available today that also has a deadbeat seconds hand. For those uncertain of how it works, a world timer is a complication that allows the wearer to tell the time in almost any part of the world with the help of the city disc and the 24-hour disc. The exact math requires a small learning curve and some general knowledge, but it’s a fairly intuitive system. 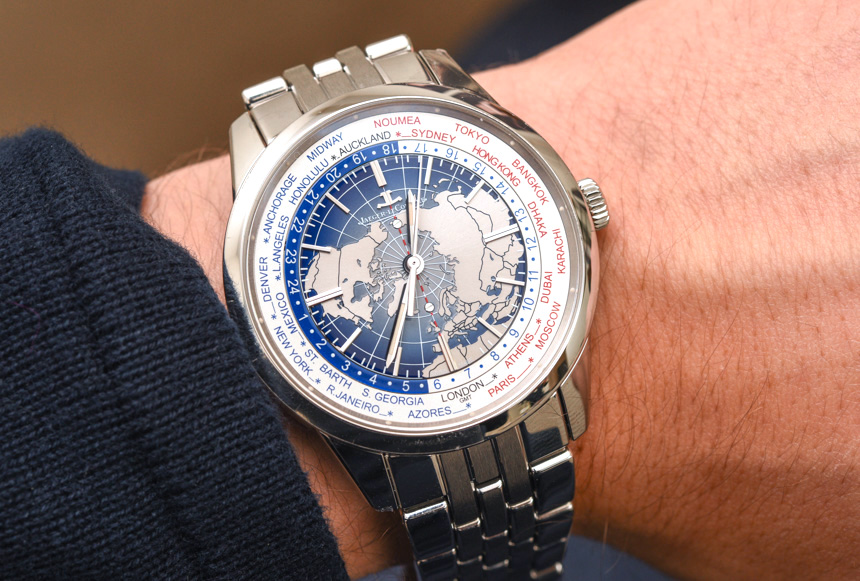 A deadbeat seconds is a little more uncommon, as far as mechanical complications go. The simplest way to describe it is to imagine the seconds hand behaving the same way as it might on a quartz watch – a distinct tick for each second. Also known as a true seconds complication, this was historically (much before the advent of quartz) prized by watch owners as it helped them tell time precisely to the second. Given the mechanical complexity in designing a true seconds movement and the attendant premium in price, it’s not entirely a surprise that the complication is uncommon. In addition to Jaeger-LeCoultre’s Geophysic watches, the ones that I can think of immediately are the Habring2 Erwin and the Grönefeld One Hertz. 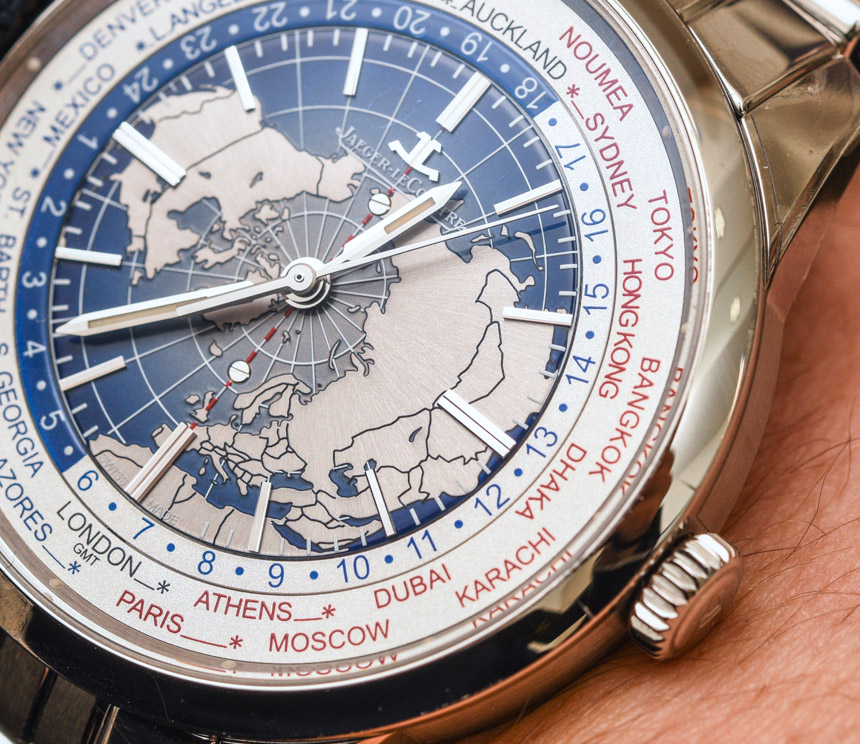 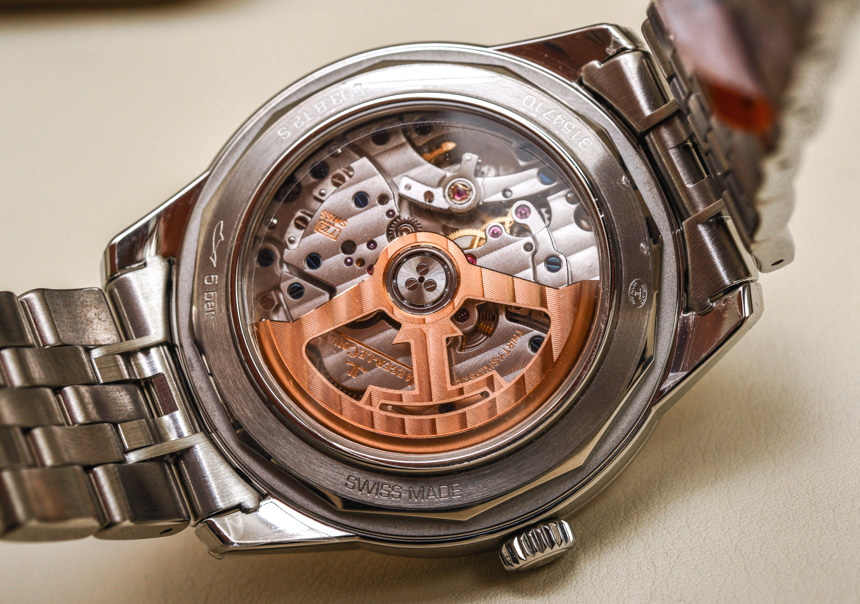 An interesting factoid (and one that Ariel is fond of repeating) is that the caliber 772 movement in the Geophysic Universal Time has exactly one component less than the movement in the time-only Geophysic True Second, the caliber 770. That number is 274. I’m not entirely sure how Jaeger-LeCoultre managed to add a world timer complication but reduce the total number of parts by one, but they have. 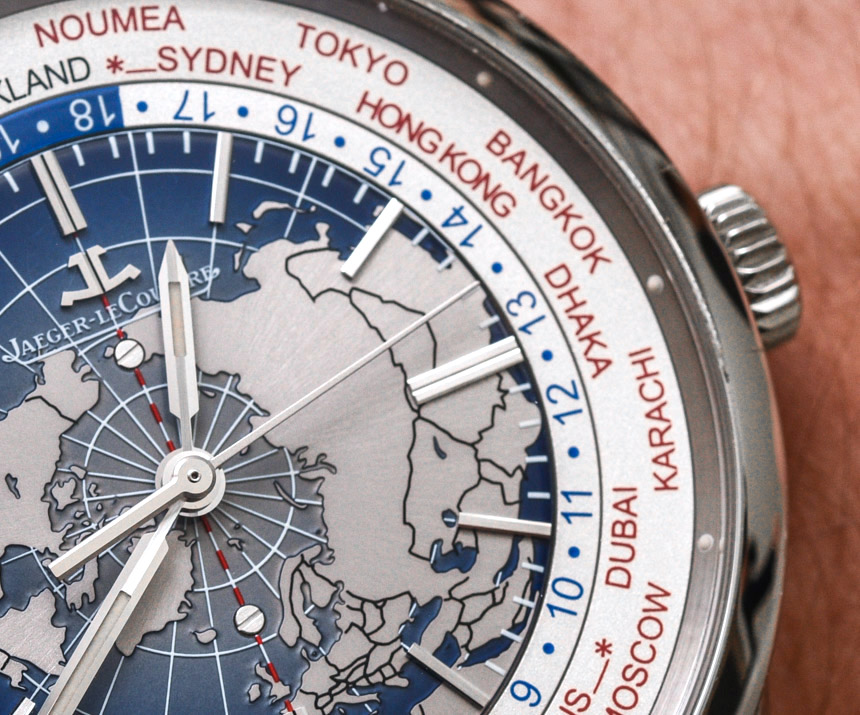 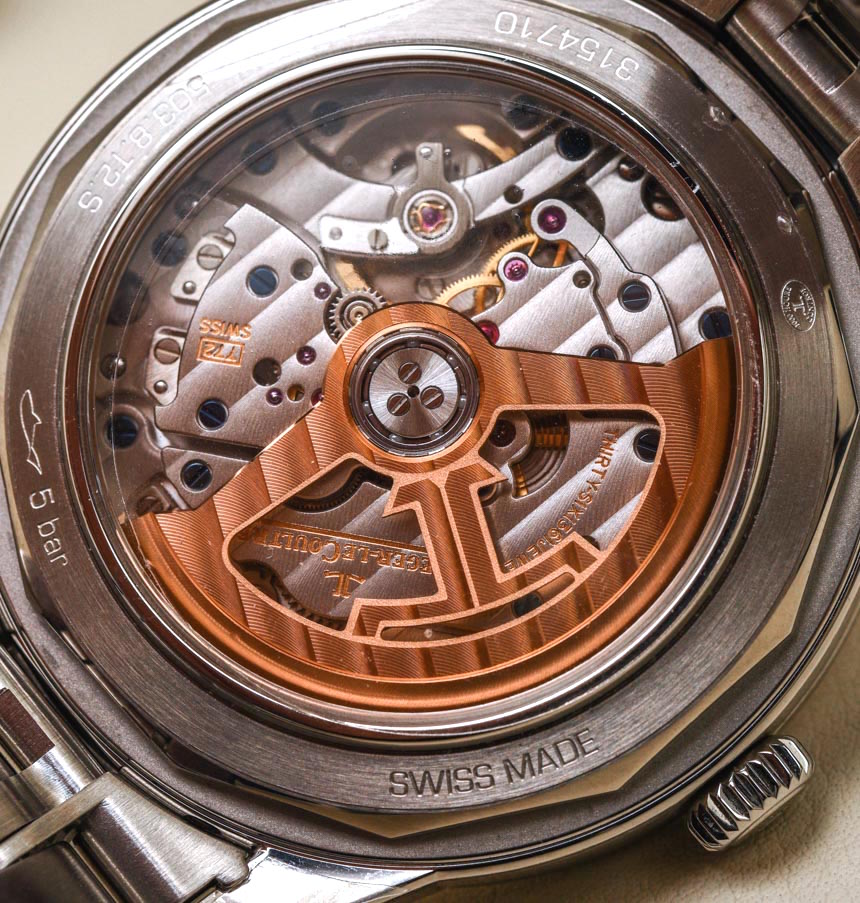 The caliber 772 is also equipped with the brand’s proprietary Gyrolab balance. The Gyrolab balance is designed to be more aerodynamic and to improve rate keeping accuracy over time. The caliber 772 beats at 4Hz and offers 40 hours of power reserve. The movement is visible through the caseback and has the usual decoration in the form of Geneva stripes, heat blued screws, beveling, and a decorated gold rotor. 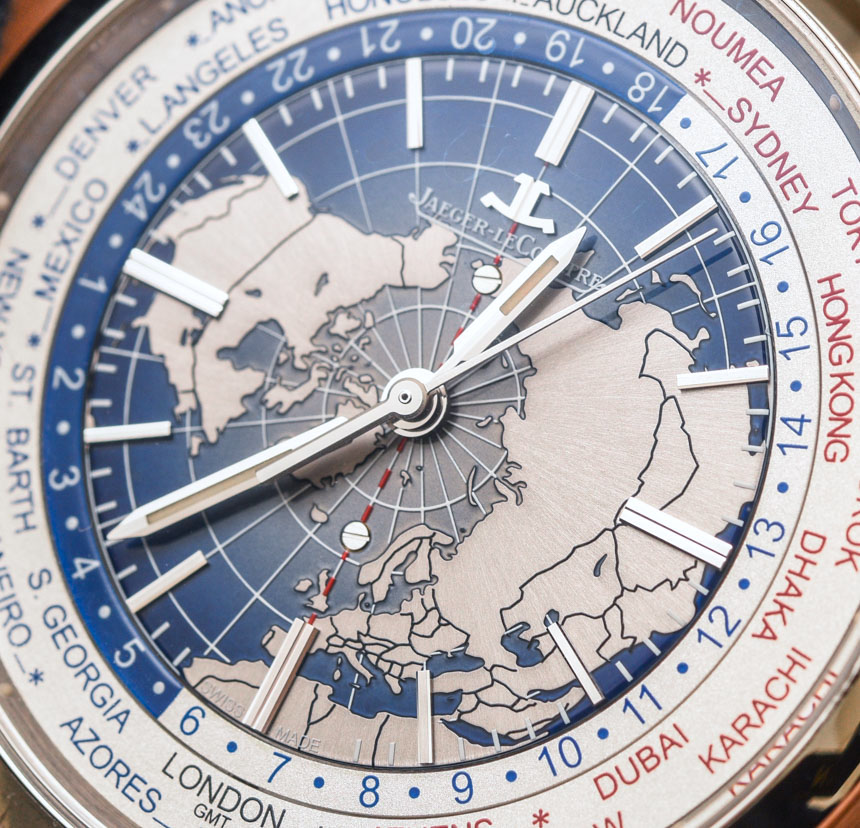 By their nature, world timers have busy dials. I can’t think of a way to have a world map on the dial and still maintain a minimalist appearance. However, there are small elements that can make or break a world timer dial. Many have dials with maps printed on them that tend to look flat and a bit dead but not in the case of the Geophysic Universal Time. Here, the map seems to be etched onto the dial like a bas-relief and gives the dial some texture. Any text printed on the dial (especially the city ring and 24-hour ring markers) is high contrast and quite legible despite the small font. The applied markers are also a nice touch. 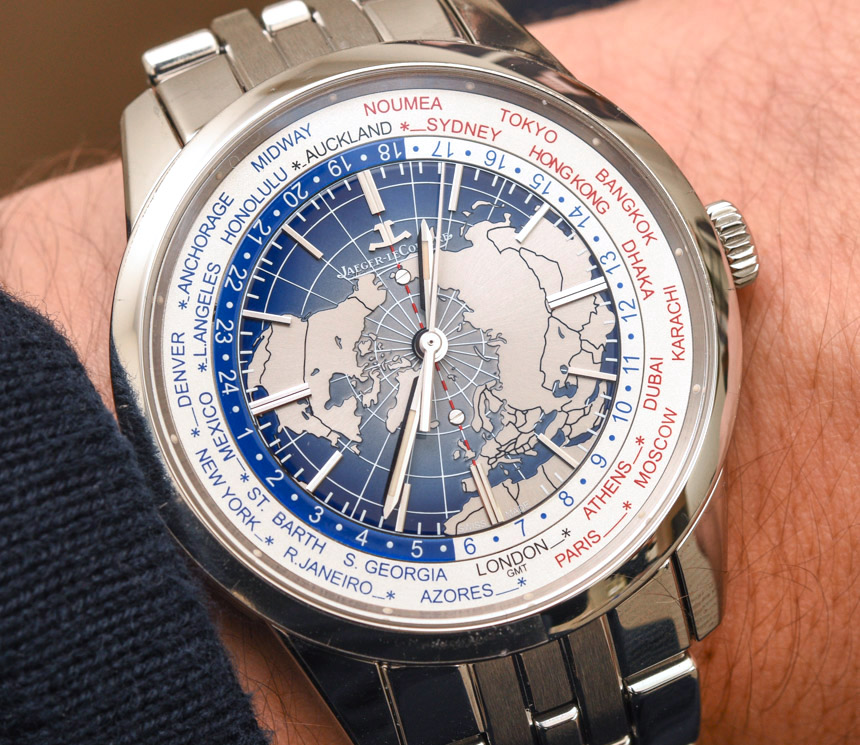 Another common complaint with world timers that a lot of collectors have are the hands, which tend to be small. This is again a consequence of design because the actual time-telling dial is quite small and the hands must be limited to this radius. If you’ve found the hand length to be an issue in other world timers, then the Geophysic Universal Time may not be the right watch for you. The sword shaped hands are brilliantly polished and filled with Super-LumiNova. In practice, legibility shouldn’t be an issue in most situations. 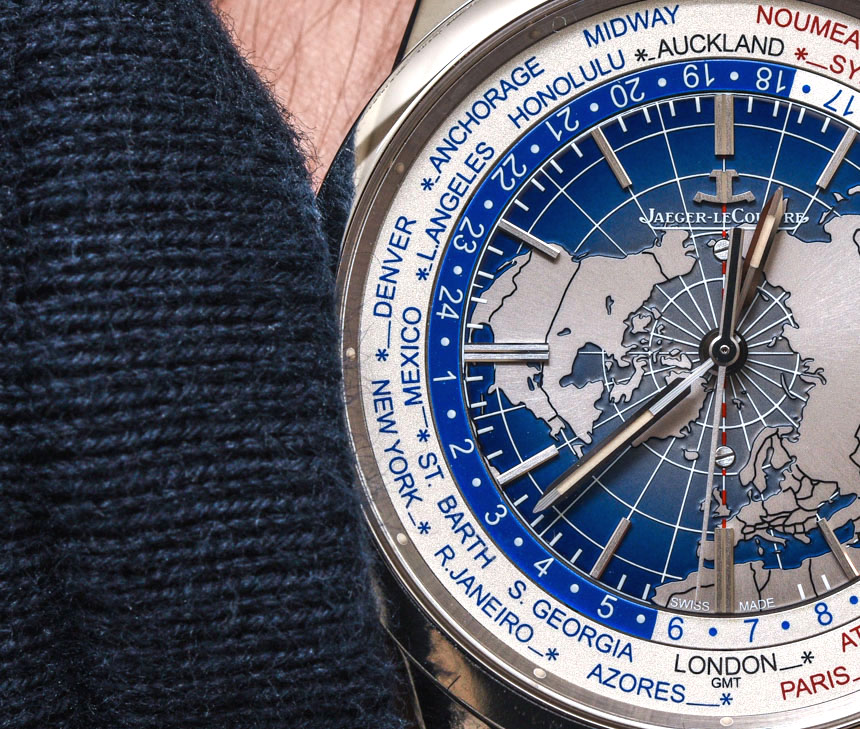 The Geophysic Universal Time is housed in a 41.6mm steel case. The case construction and details are fairly straightforward but well executed with a polished bezel, caseband and lugs, and a simple fluted crown. The case styling is reminiscent of dress watches from a few decades ago. The new update, while seemingly small on paper, makes a significant visual difference. The Geophysic Universal Time is now offered on a fine-link steel bracelet. 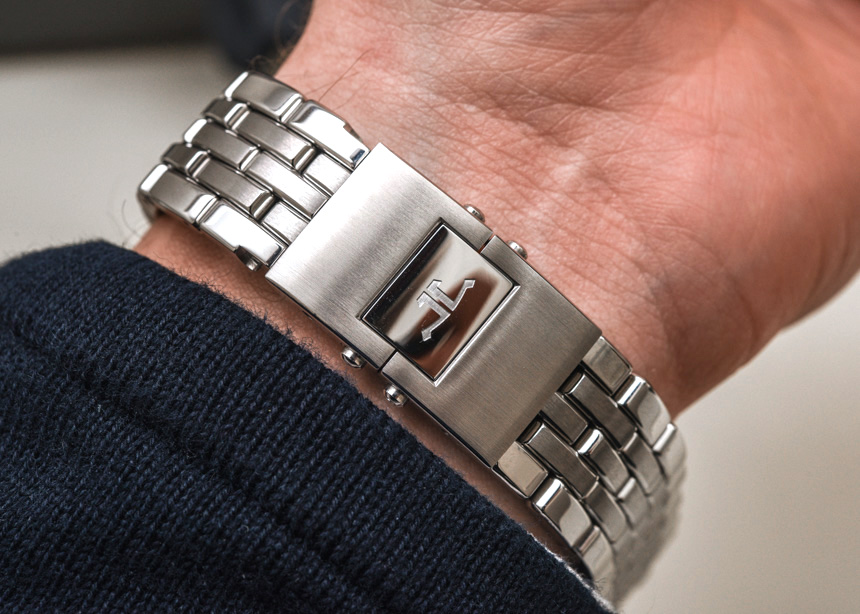 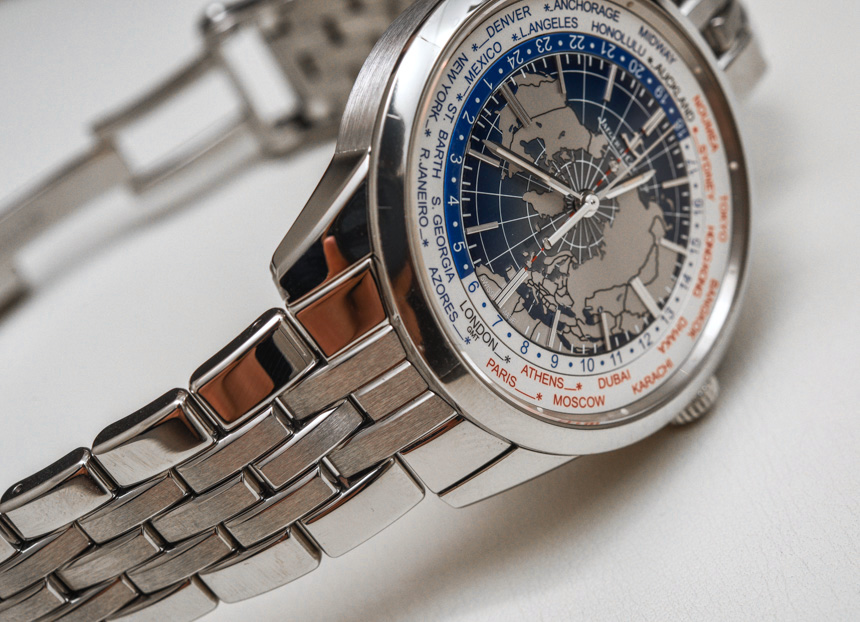 The bracelet isn’t quite a beads-of-rice style and personally reminds me of Sinn’s excellent 5-link bracelet, but with a few differences. The middle three links are thinner than the outer two. In addition, these three links are brushed while the outer links are polished. Naturally, Jaeger-LeCoultre has designed the end-link to sit flush with the case. Overall, I think this lends the watch a new look and is functional too. World timers are designed to be worn by globetrotters and an alligator strap (which is what the watch is usually shipped with) doesn’t always do well in humid, tropical climates. A bracelet is better equipped to cross time zones and different climate types. The buckle on the bracelet however, is not to my liking and looks a bit dated. I think a double butterfly clasp-style buckle would’ve suited this bracelet better. 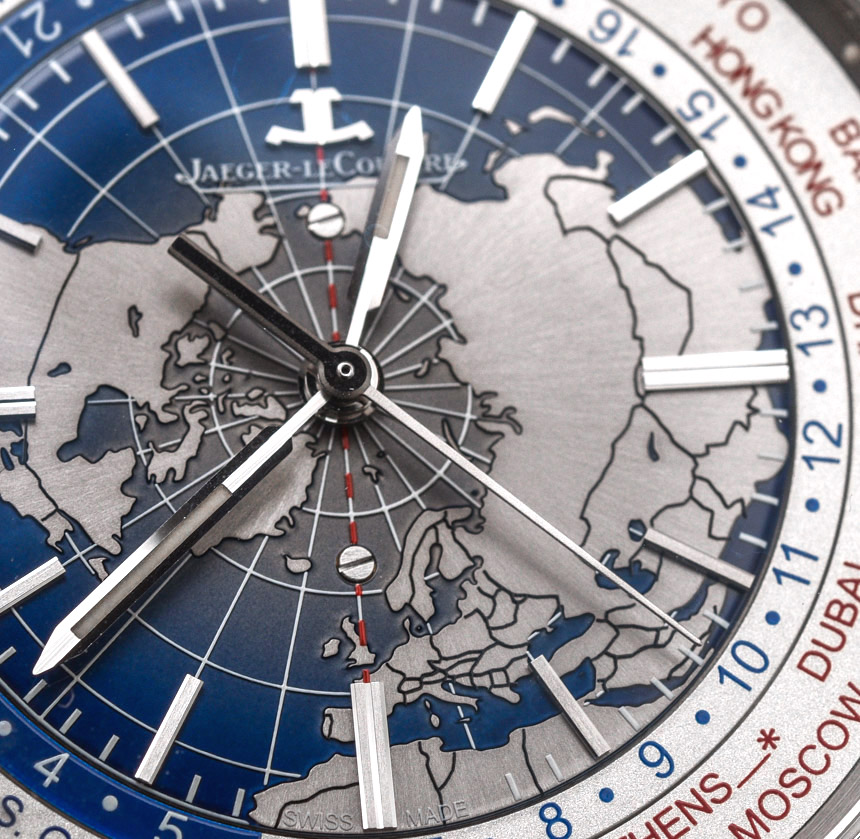 A world timer is not really a daily wear watch and not one that is mainstream in appeal. A dead seconds complication on top of that means that only a collector secure enough in their tastes and knowledge of watches is likely to wear one. But if you do happen to like world timers and enjoy some uncommon mechanical complexity to your timepieces, the Jaeger-LeCoultre Geophysic Universal Time is a pretty compelling offering. On the bracelet, this watch is priced at $15,700 as opposed to the $14,000 that the steel version with the alligator strap is currently priced at. jaeger-lecoultre.com