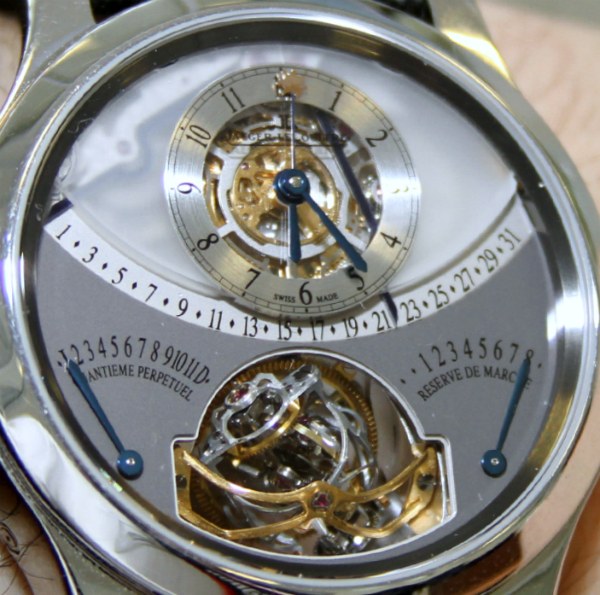 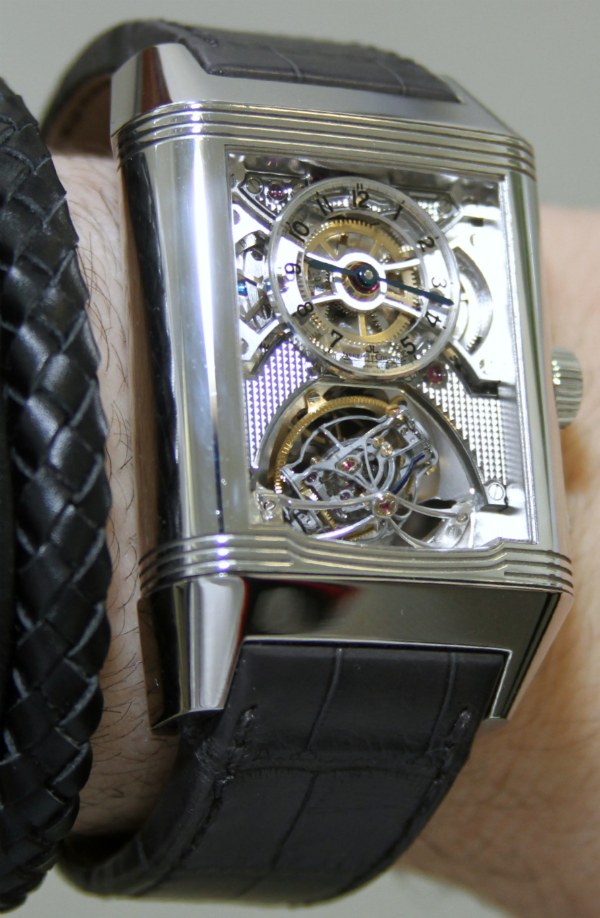 It might have been about 2005 that Jaeger-LeCoultre released the first Gyrotourbillon watch. When it came out, it caused a real stir and it was released during what I call “the tourbillon wars”. During this time brand after brand began to release tourbillon escapement-based watches. This was interesting because the entire idea of a tourbillon was to be complicated and exclusive. Theoretically speaking (if you believed the hype) only a few top brands in the world could master a tourbillon and not everyone should have one. Though many did. 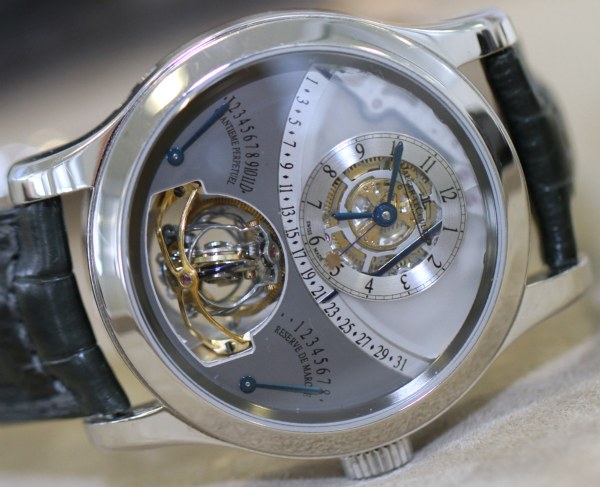 As more and more brands began to release tourbillon-based watches, the best ones realized that having “just” a tourbillon was no longer enough. This launched a wave of talented watch designers who considered how they might push the tourbillon to its limit and offer things no one else could. This resulted in things like the flying tourbillon, multi-axis tourbillon, and watches with multiple tourbillons. Probably the most famous super-exotic tourbillon out there was the Jaeger-LeCoultre Gyrotourbillon.

It was developed and assembled with the help of Eric Coudray (who is now at Cabestan). He still receives top honors in the watch world for building the Gyrotourbillon. There was the Gyrotourbillon I followed by the Gyrotourbillon II about five years later. Both have similar roots but are totally different watches. The Gyrotourbillon I was in a more traditional 43.5mm wide round case done in platinum. It is actually the more technically complex of the two in terms of functions. The watch has the time, perpetual calendar (with a unique way of displaying the calendar information), a power reserve indicator, and the equation of time as displayed via a sidereal hand on the time dial. There was an interesting mixture between skeletonization and sparsity of the dial. This was the first time people were able to see such a tourbillon and it was thrilling. 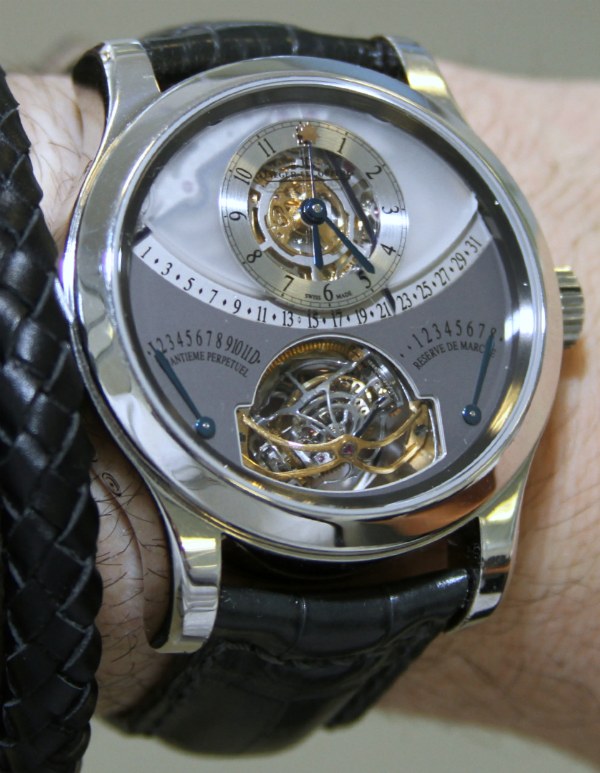 Both Jaeger-LeCoultre Gyrotourbillon watches were limited editions of just 75 pieces. You can still find them for sale but NOT for cheap. These are among the few pieces in the world that as investment items, have the potential to admirably appreciate. That is something you can’t say about most watches out there. Inside the original Gyrotourbillon was a JLC made caliber 177 manually wound movement it has close to 700 parts and has a power reserve of eight (8) days. While a bit unique in its style, this is among the most impressive modern high-complication watches in existence and is a testament to what Jaeger-LeCoultre as a brand stands for.

What is different about JLC in comparison to even many of its sister companies is just how much of a manufacture they are. We are talking a place where movement parts, movement assembly, cases, hands, and dials are made. JLC really makes a lot more “watch” than most people are used to. 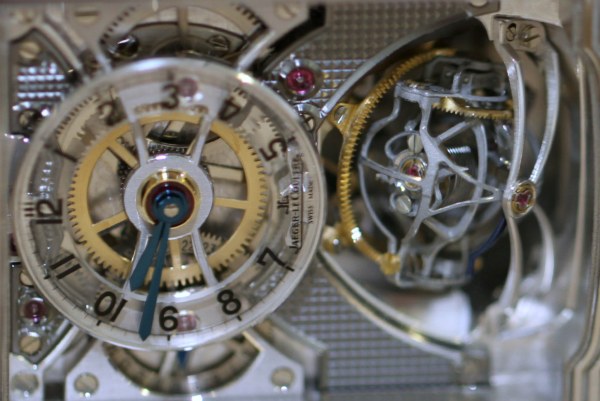 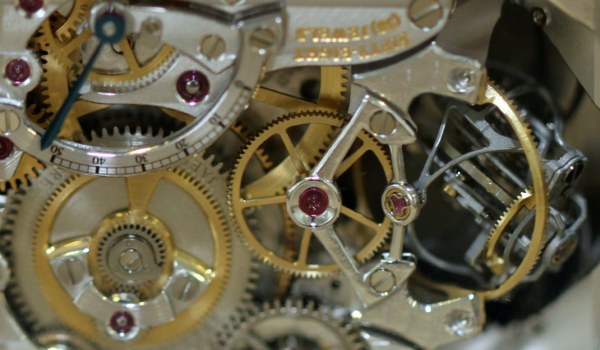 When the Gyrotroubillon II came out, people’s perception of what a wild tourbillon watch could be was radically changed all over again. This time set in a super-sized Reverso style case, the all platinum watch was over 36mm wide and 55mm tall. Because of all the platinum in the case, the thing seems to be a pound or more. The tourbillon however is light. It has a titanium cage and if you held it in your hand you’d barely feel it.

What was special about the tourbillons in these Gyrotourbillon watches was that they had cylindrical balance wheels versus flat ones. Something Jaeger-LeCoultre carried over for example in the 2012 Duometre Spherotourbillon. Seeing the tourbillon move around like a gyroscope is really amazing. Even though it is just two axis points, the illusion is mesmerizing and it doesn’t take an expert to realize a watch like this is very difficult to assemble and produce. 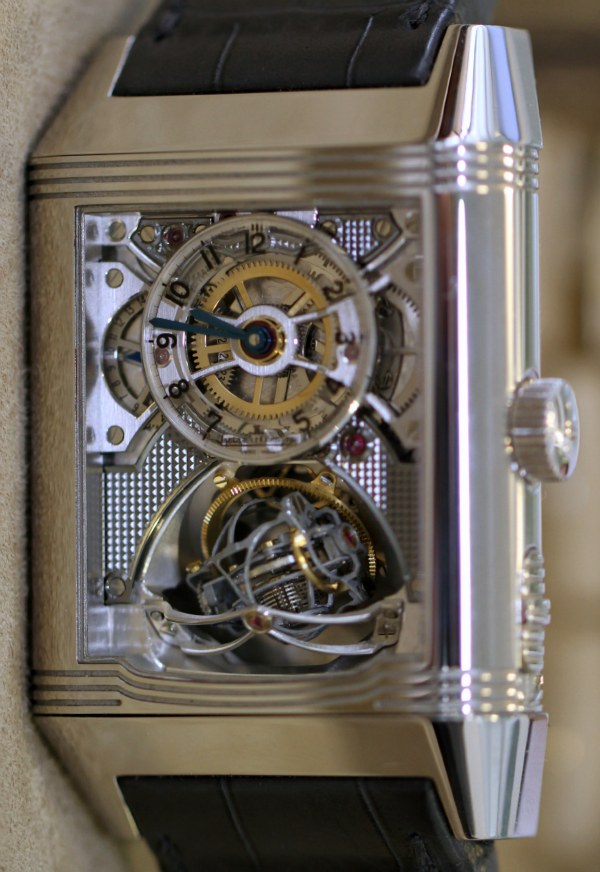 While the Gyrotourbillon II is a more simple watch functionally, it does appear more visually complex. The fully skeletonized dial and case back reveal the beautifully designed and crafted movement. As a Reverso, there is a lever (on this larger cased version) to flip the dial and see the caseback. Functionally, this JLC caliber 174 movement has a gyrotourbillon, 50 hour power reserve with indicator, 24 hour dial, and the time. That is it. Though, it is really a much more interesting and satisfying experience from a visual perspective. The case is again in platinum and this is one hefty watch in terms of weight and design.

The look and feel of the Gyrotourbillon is both exemplary of an era but also timeless. The Reverso style case is pretty much always in style and the movement is a testament to the tasteful side of horological decadence. It is functional and symmetrical while also being over-the-top. What goes into the movement just to make them work is a story unto itself. 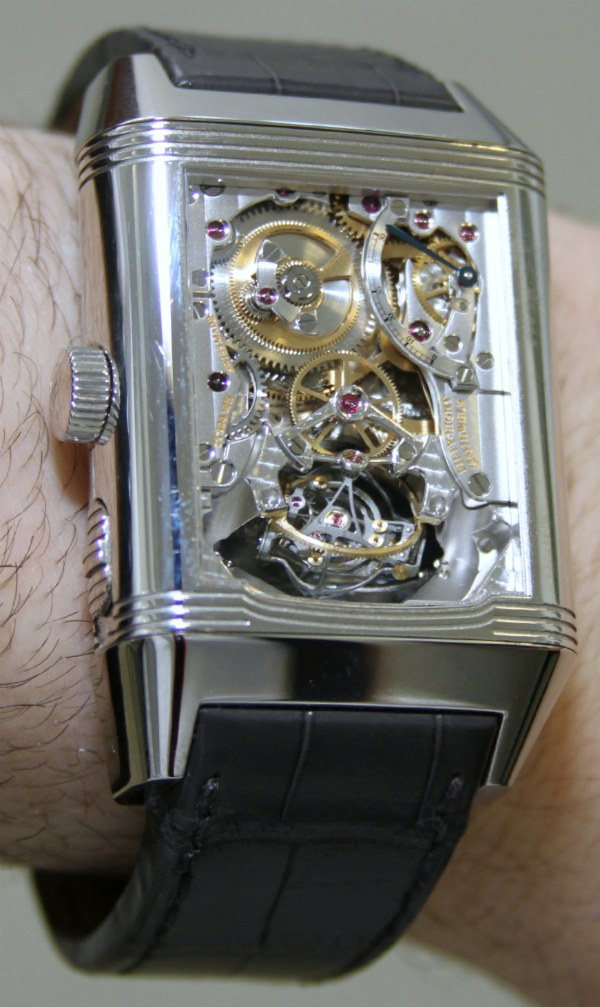 As I said before, these are among the few watch models out there that I could easily say will likely hold or increase in value for the future. This is due to the item itself, as well as its cult status among the most ardent watch lovers. Originally, each of these watches cost well over $300,000. Today, there are a few floating around for more than that. In the near future I anticipate many or most of the 75 pieces of each model to be in the hands of collectors and simply available via auction from time to time. I am lucky to have gotten the close-in time with these pieces that I did.