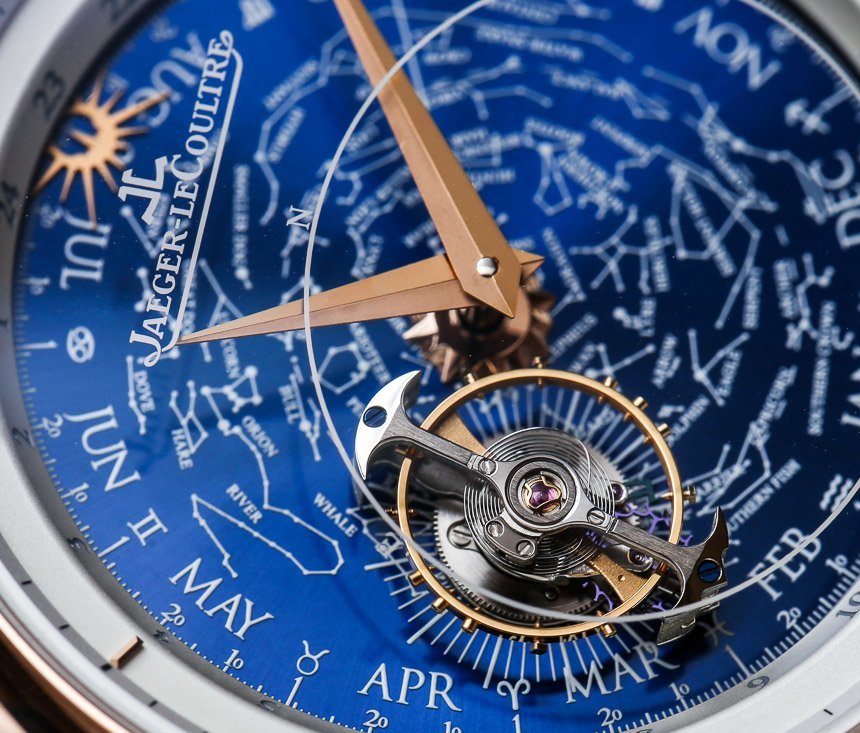 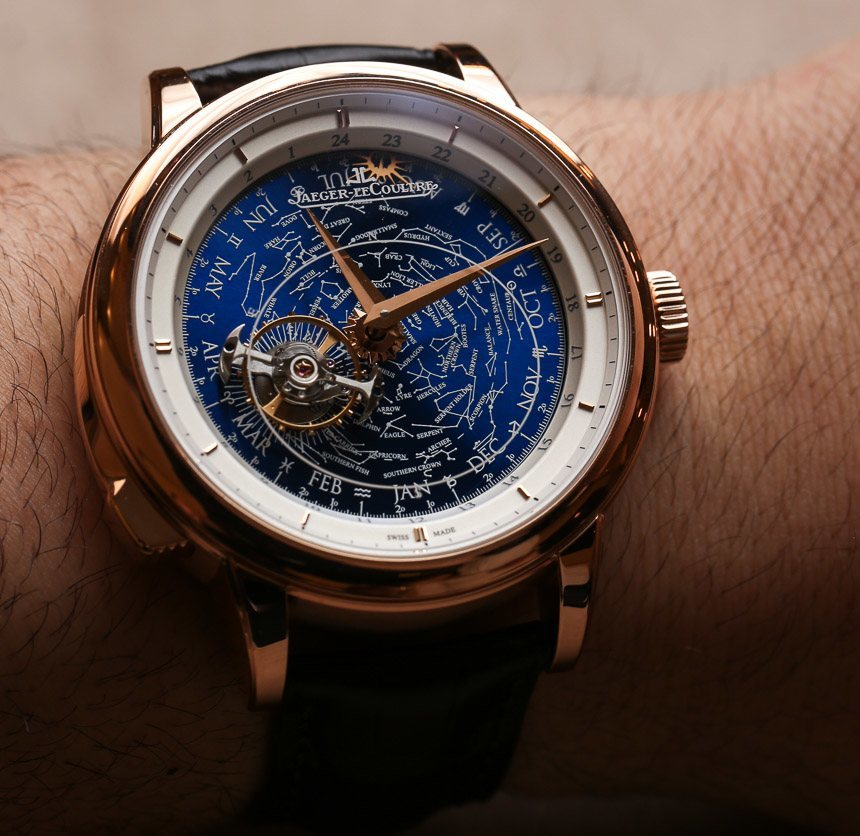 SIHH is the big show for many brands, which means if a brand like Jaeger-LeCoultre is working on something special, now is when we get to see it. This year, among quite a few wonderful pieces, JLC has shared the 2015 version of their Master Grande Tradition Grande Complication – now in pink gold and sporting a fresh dial design. 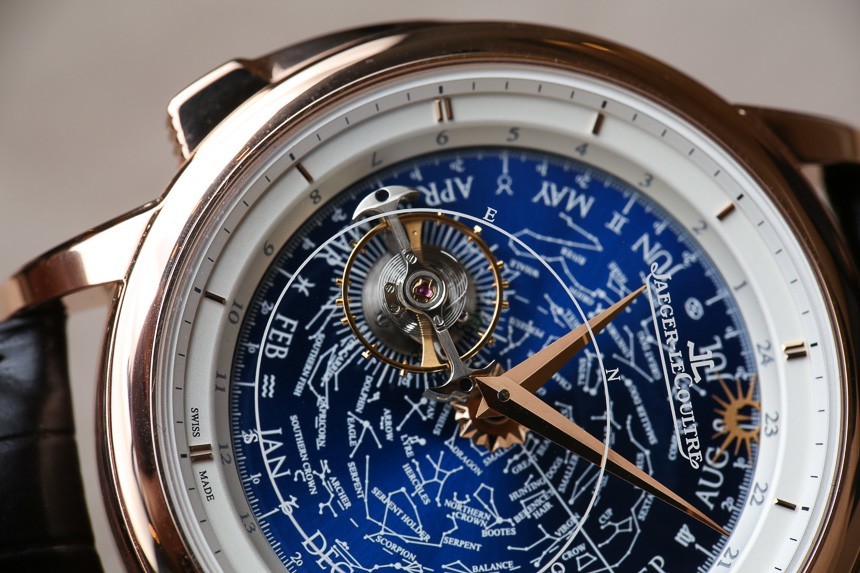 Perhaps unsurprisingly, the Jaeger-LeCoultre Master Grande Tradition Grande Complication is both rather grand and quite complicated, with a very busy dial and the added complexity of an orbital flying tourbillon that doesn’t actually tell the same time as the hands. In spite of this complexity, I feel we can break it down into its constituent parts. Alas, there is nothing I can do to simplify the name.

Advertising Message
Okay, so what you’re looking at is a 45 x 15.8 mm rose gold haute-horology piece from one of the most respected brands in the business. Standard hour and minutes are shown on the large and legible pink gold dauphine hands so, regardless of the myriad of other features, the Jaeger-LeCoultre Master Grande Tradition Grande Complication is first and foremost, a watch. 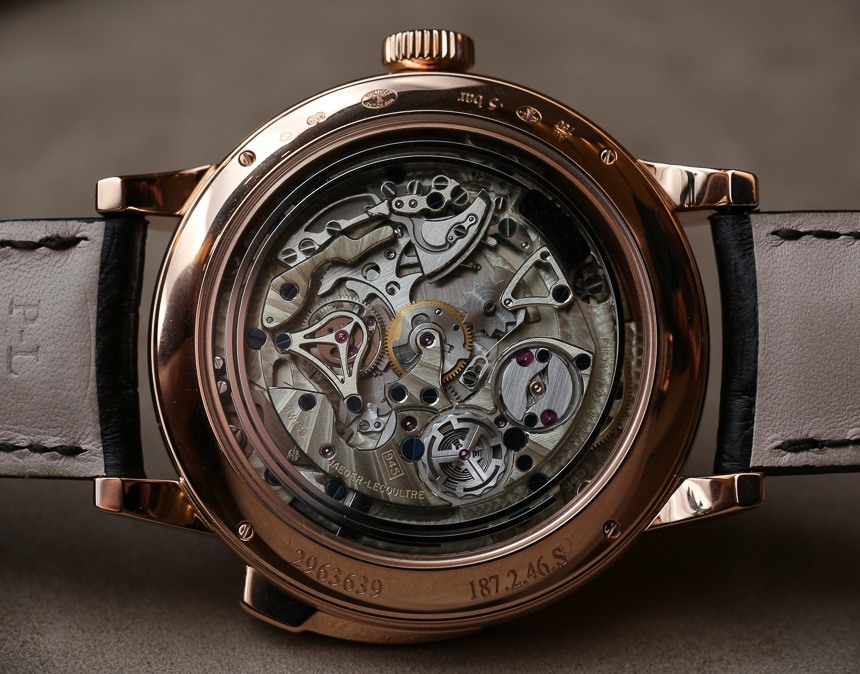 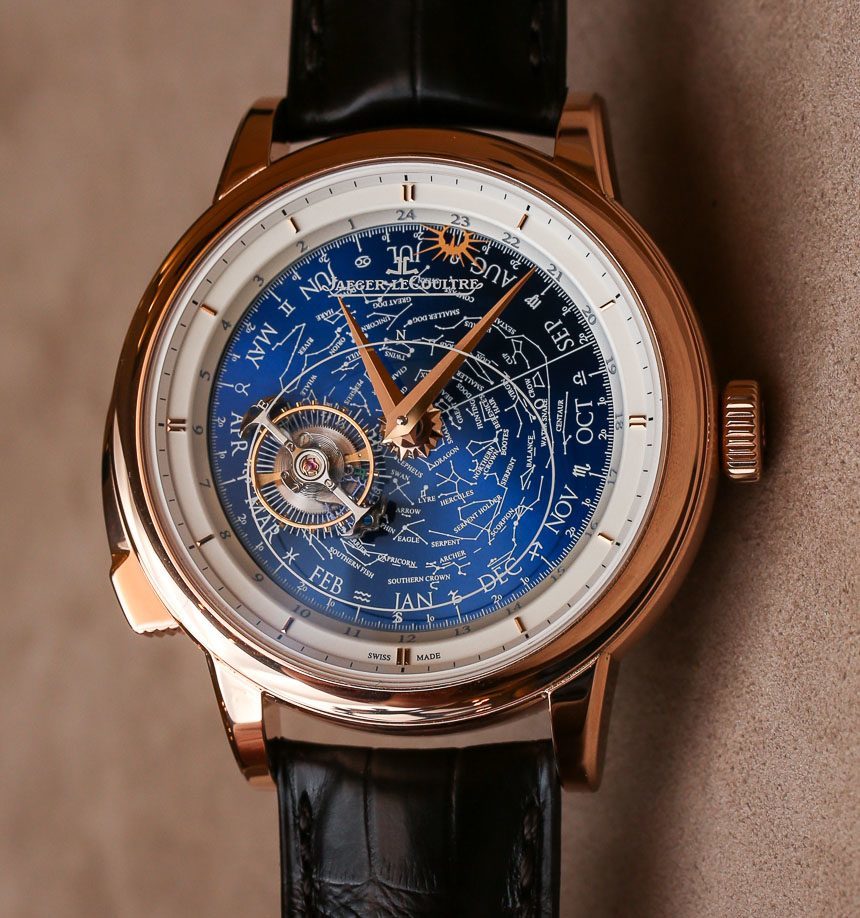 Next up is the orbital flying tourbillon which makes one revolution of the dial every sidereal day (23 hours, 56 minutes, 4 seconds). In the interest of brevity, sidereal time is generally used in astronomy to track the earth’s rotation against the position of a fixed star (not our sun). To see a specific star, you need to account for your position (northern or southern hemisphere) and the earth’s relative rotation – for repeatable results, you would use sidereal time to judge when to look into your telescope.

Given that sidereal time is not especially useful and that tourbillons are just for ornamentation, this artistic and entertaining application exists for added drama and complexity, which I think it succeeds in providing. The tourbillon appears to float in the space between the dial and the crystal with its carriage, which is mounted only from the bottom and rendered in titanium to make it as light as possible. 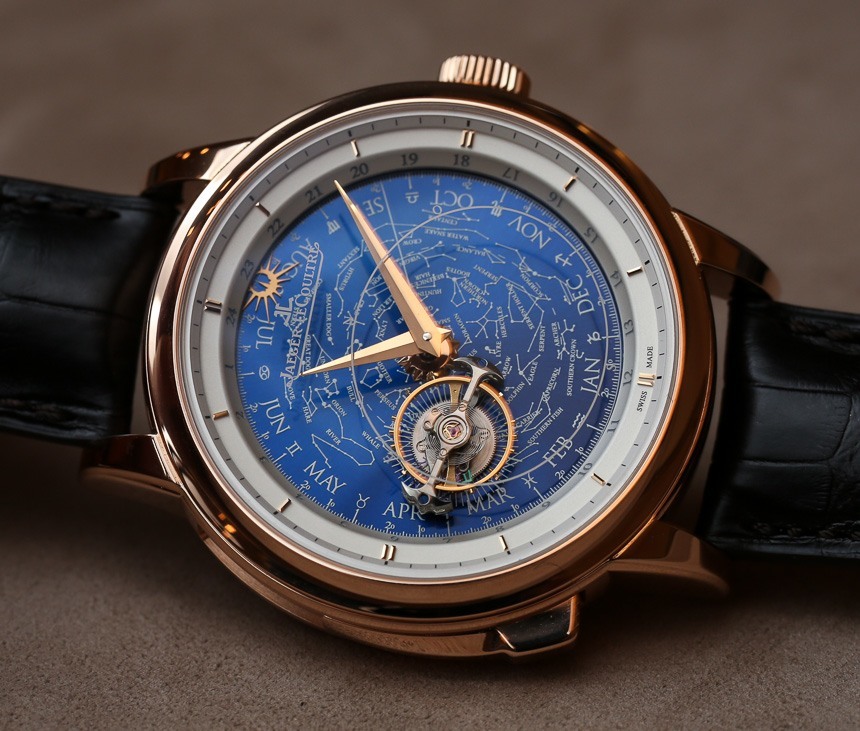 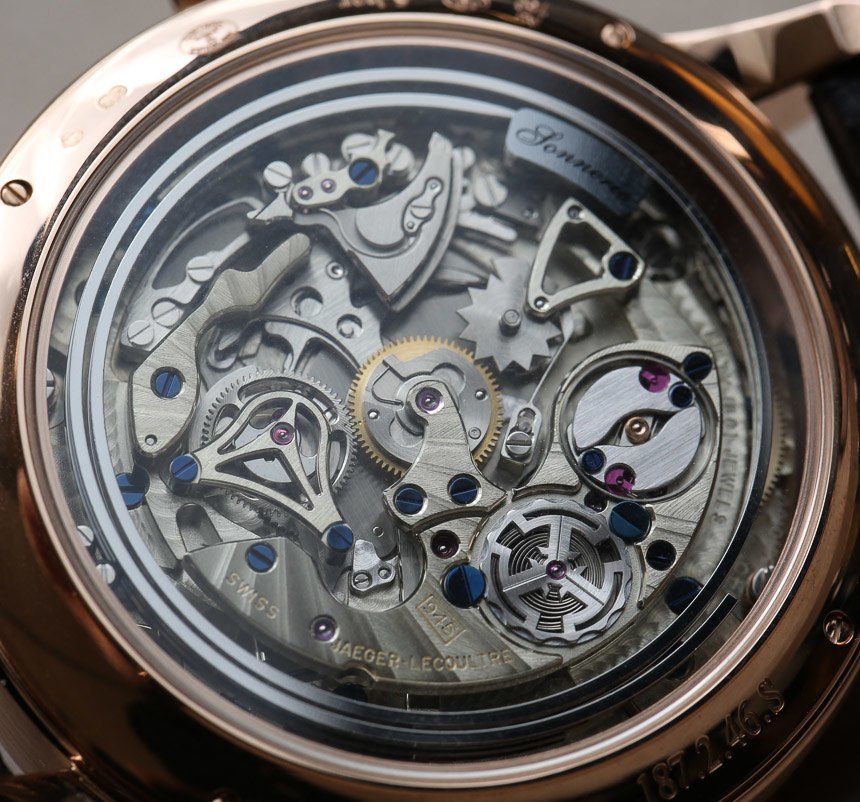 Beneath the tourbillon we find a brilliant blue sky chart dial of the northern hemisphere and many of its constellations, including the 12 of the zodiac. Surrounding the dial is a 24 hour scale that combines with the position of the dial and a small sun indicator to offer standard 24 hour time (and am/pm) as well as month and zodiac indication.

You can see the sun indicator at 23:00 in the photos. So while the sky chart may add (considerably) to the visual complexity of the dial, it’s a passive element, with the remaining displays kept on the outer edge of the dial, safely out of the tourbillon’s path. 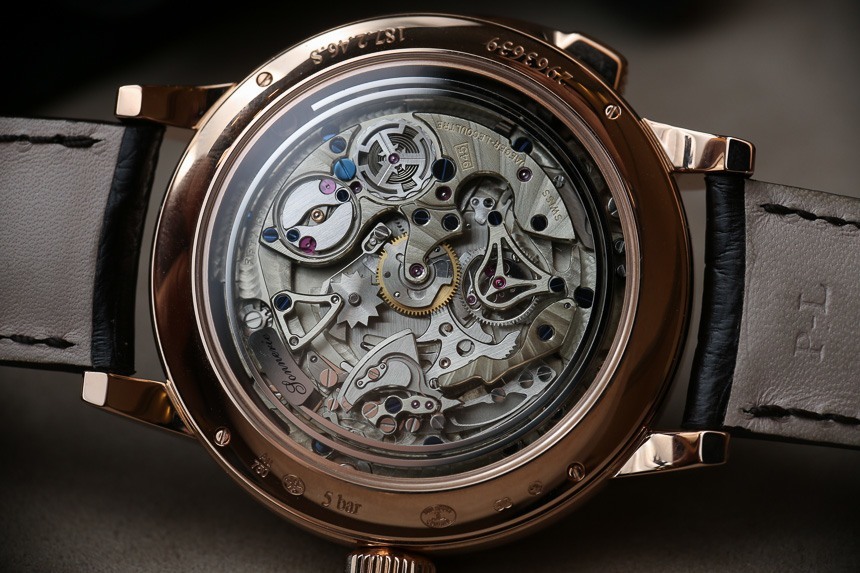 The square striking pad shape of the cathedral gongs allows for a harder strike from the hammer, which translates to a louder chime. The entire system, which plays hours, quarters and minutes on demand, can be seen through a sapphire display case back (and in the included above video). 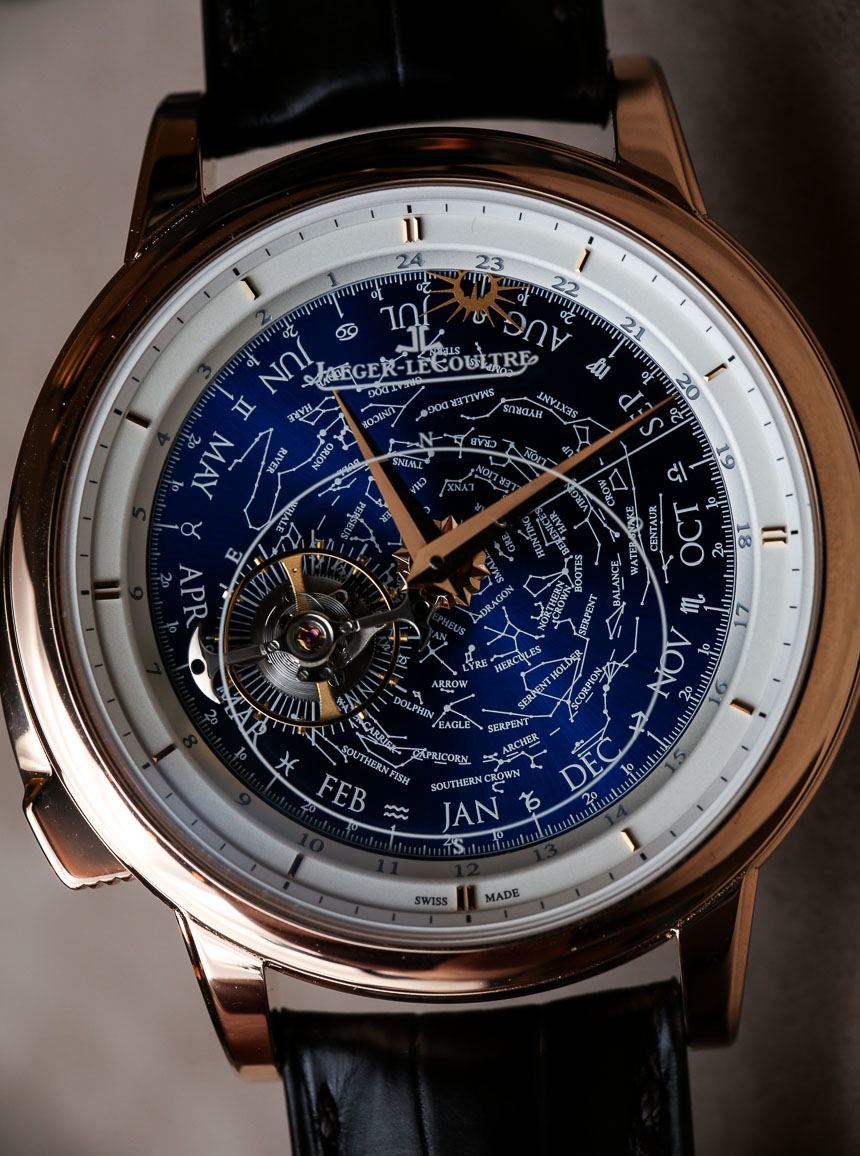 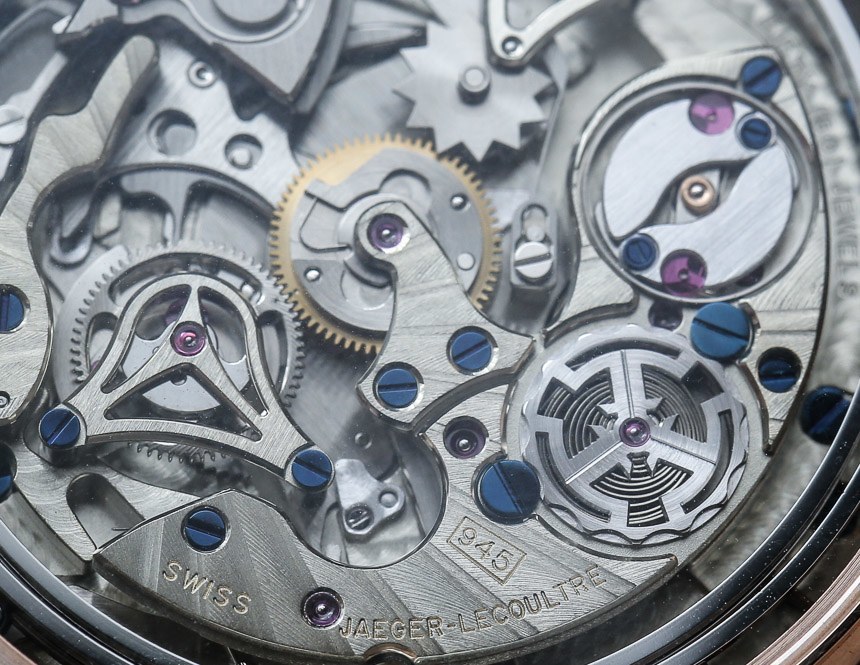 All of these features are supported by Jaeger’s calibre 945, a 527-part behemoth of a movement that is actually thicker than my Seamaster (12.62 mm thick, movement alone). With a running rate of 4Hz and a power reserve of 40 hours, the 945 has a silicon escapement and uses 29 jewels. Assembled by hand and rendered in german silver, the 945 is then treated to some of the finest finishing in the business. 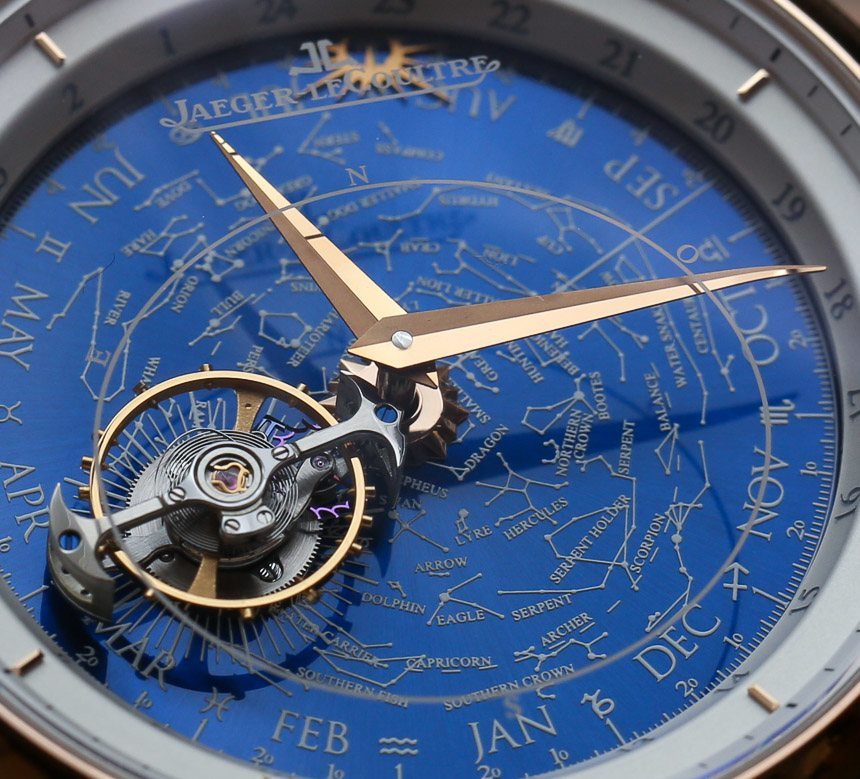 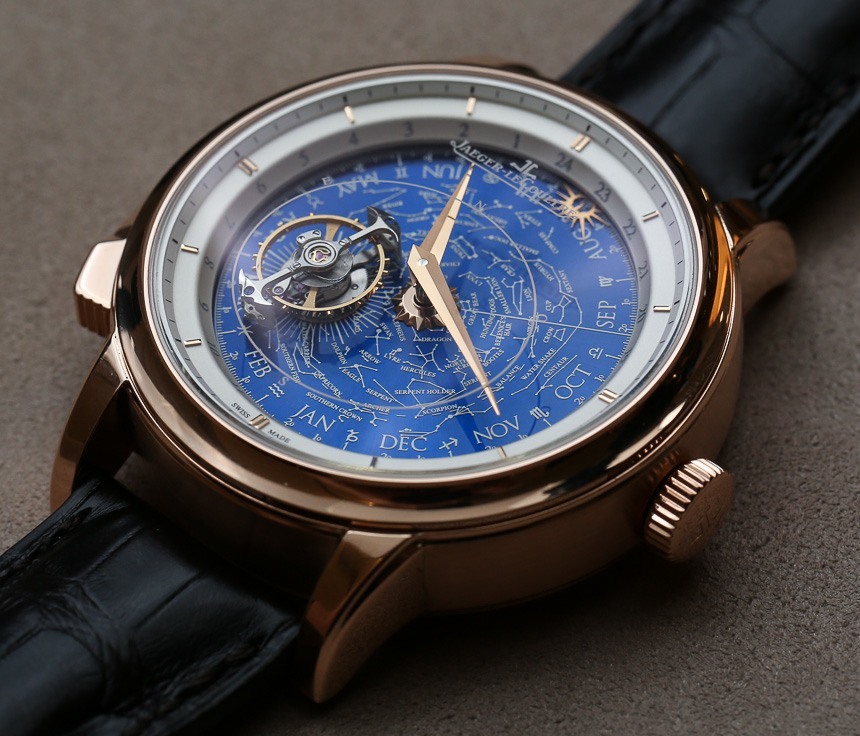 Obviously, for a watch with this level of craftsmanship, technology, and outright ornamentation, the price is going to be a supremely limiting factor. Watches like the Jaeger-LeCoultre Master Grande Tradition Grande Complication are the treasures that JLC creates for the most faithful, crazed and well-heeled collectors. If you fit that profile and have the spare finances, then what you get in return is nothing short of Jaeger-LeCoultre’s definition of romantic haute-horololgy. We will update with price information as it becomes available from Jaeger-LeCoultre. jaeger-lecoultre.com