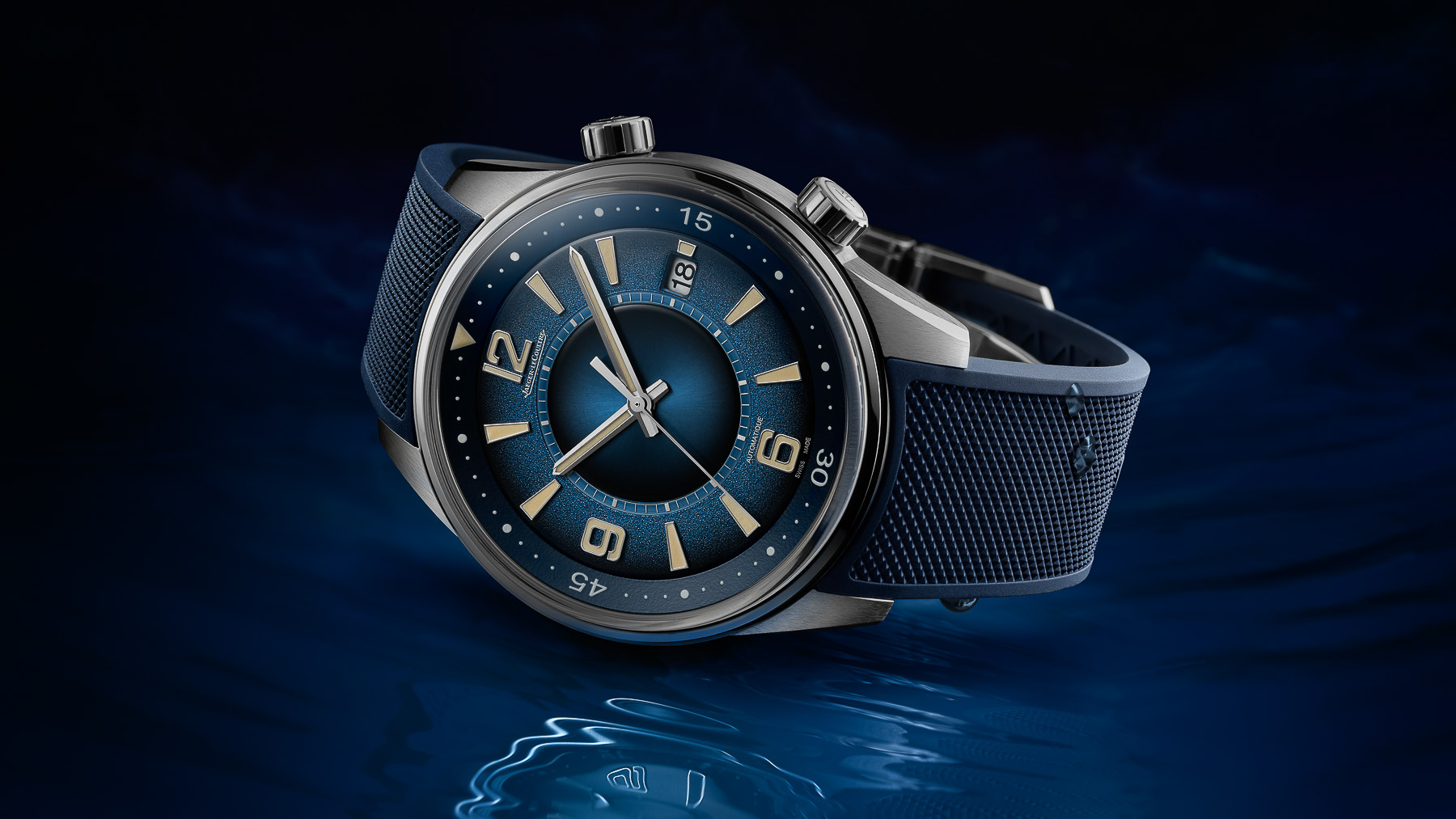 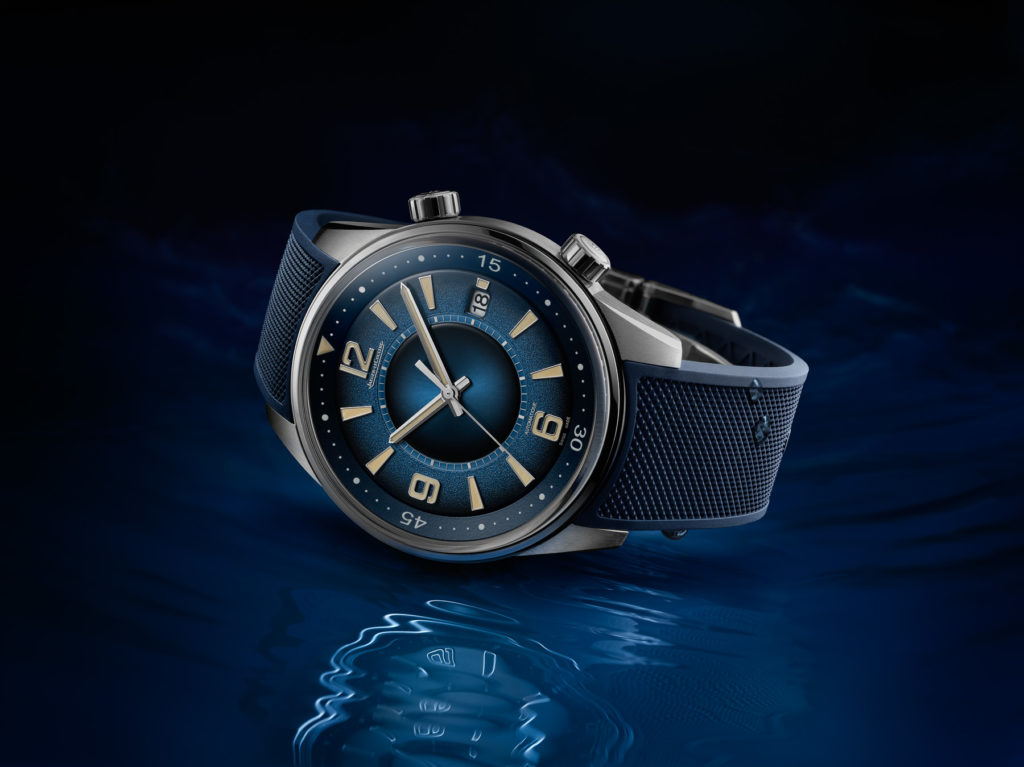 As we’ve seen in recent years, Jaeger-LeCoultre is again taking advantage of the late-summer release lull to introduce a brand new blue-dialed limited edition that’s exclusive to North American buyers. Past releases in this tradition have included a unique blue-dialed Memovox Alarm, as well as a gorgeous blue crosshair-dialed Geophysic True Second – both of which sold out in short order, and now trade for well above their initial asking prices. This time around, 2018’s Polaris Date is getting the treatment, equipped with a lovely blue dial that exhibits multiple dégradé finishes, complemented by vanilla-colored Superluminova and a date aperture at 3 o’clock. And just like the other releases, this one is reserved for North American buyers, and is limited to only 800 pieces, which’ll certainly move quickly. 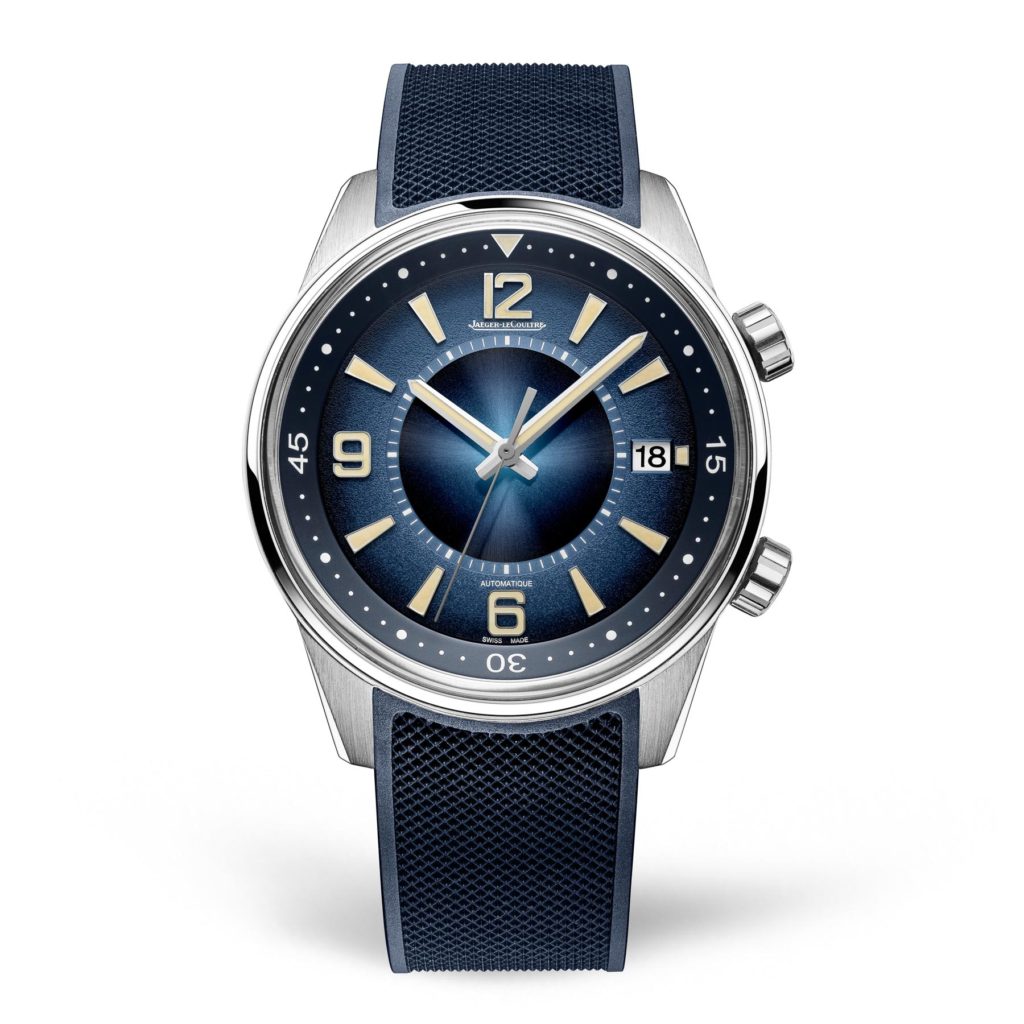 Yes, it’s still blue, but unlike the prior late-summer North American limited editions, which had matte and sunray dial finishes, respectively, this new Polaris features a gorgeous blue and turquoise radial dégradé (French for “to degrade,” or more specifically, a fade between two colors) dial center, which contrasts a textured vertical fade around the hour markers themselves. A matte navy blue chapter ring (that doubles as a rotating bezel) encircles both, matching the navy blue integrated rubber strap, further completing the look. The hour markers themselves use a vanilla-colored Super-LumiNova – the same as what’s used on the black-dialed variant, but somehow its application here has a lot more impact, hearkening the creamy tones that might juxtapose warm sands and the cool waters of some far-flung Mediterranean beach. 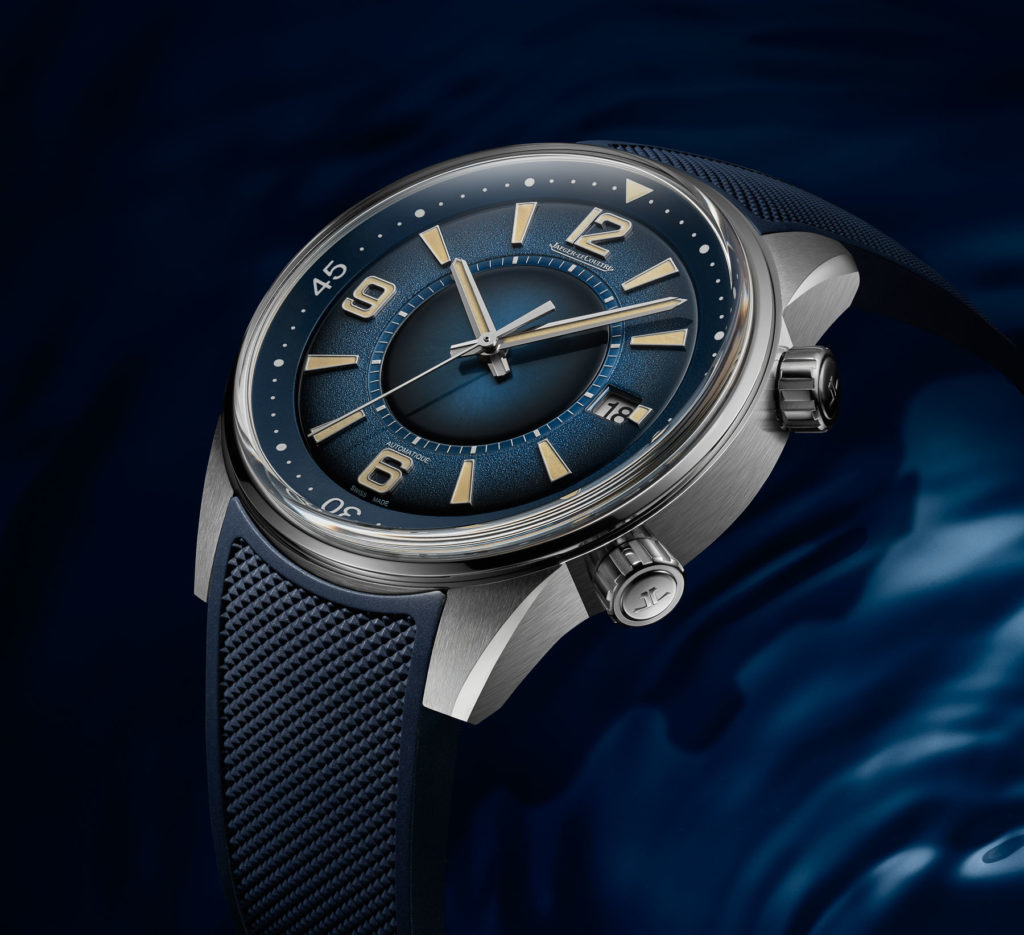 Just like the black-dialed variant, this new reference Q9068681 is a 42mm dive watch with 200 meters of water-resistance (as we’re reminded by the diver’s helmet engraved on the caseback), though I’d argue that with the push/pull crowns and the cheerful tones, this variant is best deployed as a skindiver, or vacation watch. The original Jaeger LeCoultre Polaris from 1968 was conceived as a diver’s alarm, and a genuine tool watch forged out of necessity, but that sentiment has evolved into something certainly no less capable, but altogether a little sleeker, more sculpted, and infinitely more luxurious than its humble, spartan origins. Which is to say, it’s far from a bad thing – on the contrary, having tried all four variants, I’ve found the Polaris collection, as a whole, an absolute joy on the wrist. They are thoughtfully designed, extremely well-proportioned, and beautifully finished (a particular favorite detail of mine is the sculpting on the lugs) – and I’d expect little else from this particular edition. 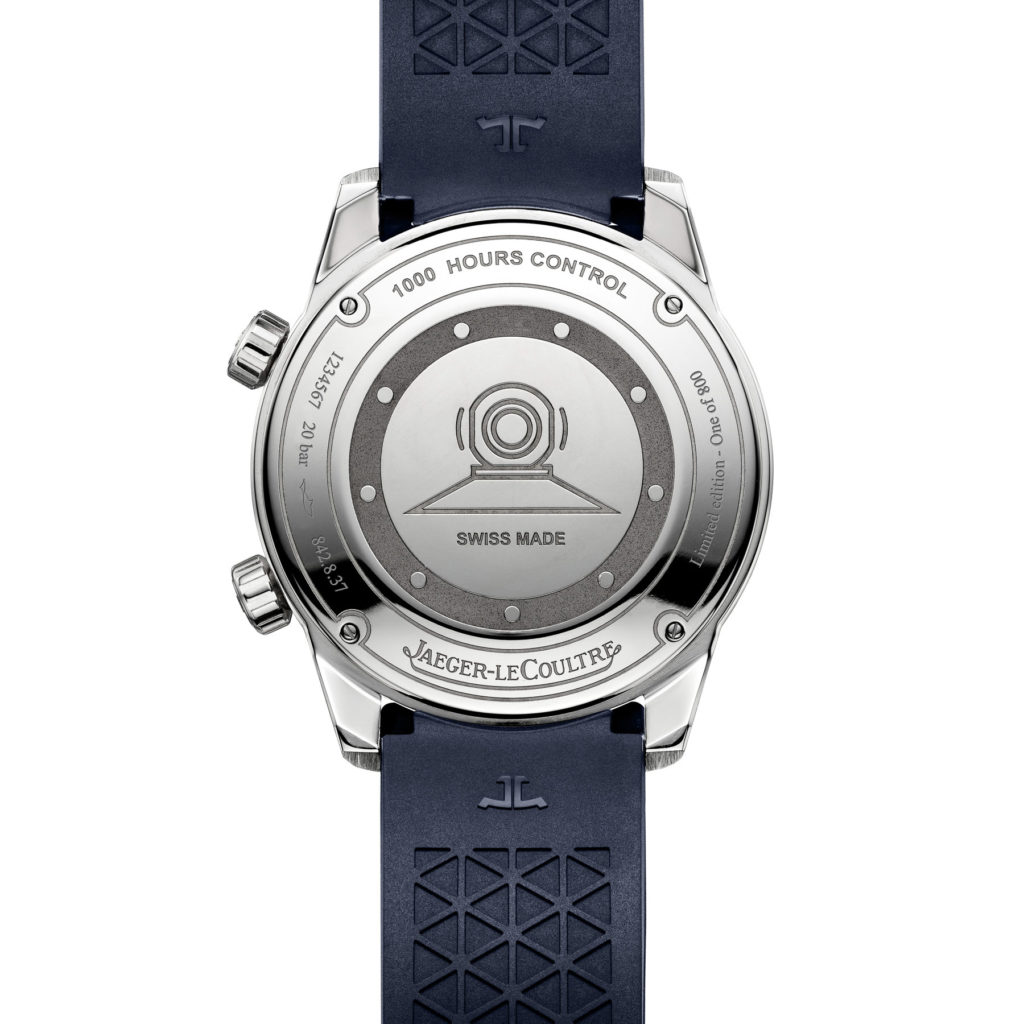 You can’t see it through the solid caseback, but inside we’ve got the in-house manufactured Calibre 899 movement, which has been in service for the better part of the last decade in a wide variety of JLC’s three-handed watches. Granted, its power reserve is a little dated at only 38 hours, but it does exhibit a few other upgrades, like a free-sprung balance, a uni-directional winding mechanism, and ceramic ball bearings for the rotor – all of which have yielded a proven workhorse that’s further tested for 1000 hours in the factory before leaving in each watch. What you can see on the caseback though, is the limited edition engraving – each reference is one of 800 pieces. It’s a bit more than the 100 pieces reserved for last year’s Geophysic, but most would argue that the Polaris has a much broader appeal – Jaeger LeCoultre should have no trouble moving through these quickly. If you want one, the Polaris Date Limited Edition has a price of 8,250, and it is expected to land in North American JLC Boutiques starting on September 1st. Learn more at jaeger-lecoultre.com.