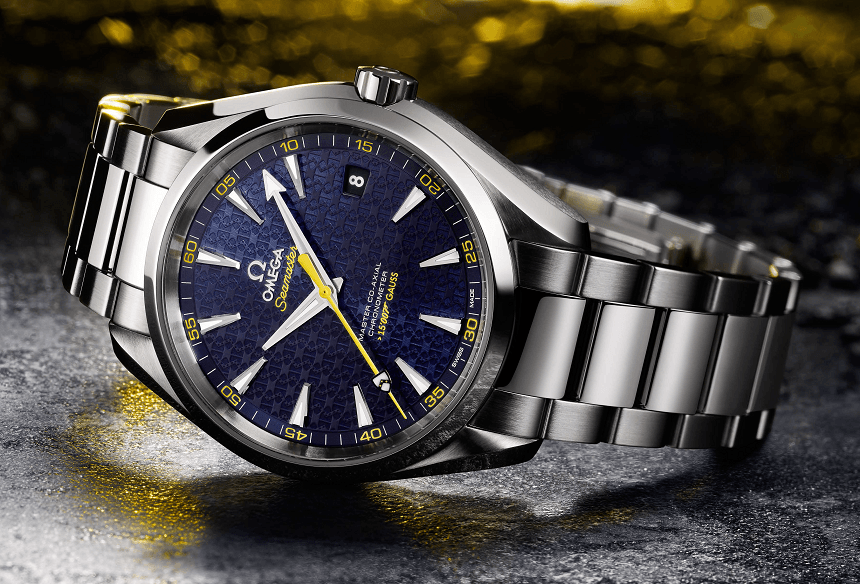 In anticipation of the new James Bond 007 movie, Spectre, out later this year, Omega, the official watch of James Bond, has debuted a new James Bond-themed timepiece with the limited edition Omega Seamaster Aqua Terra > 15,007 Gauss. Here we have a pleasantly subtle 007 watch based on the wildly popular  Omega Aqua Terra > 15,000 that we reviewed here last year. The most distinctive elements of the new limited edition > 15,007 Gauss watch is the special colors as well as the use of the James Bond family coat-of-arms. 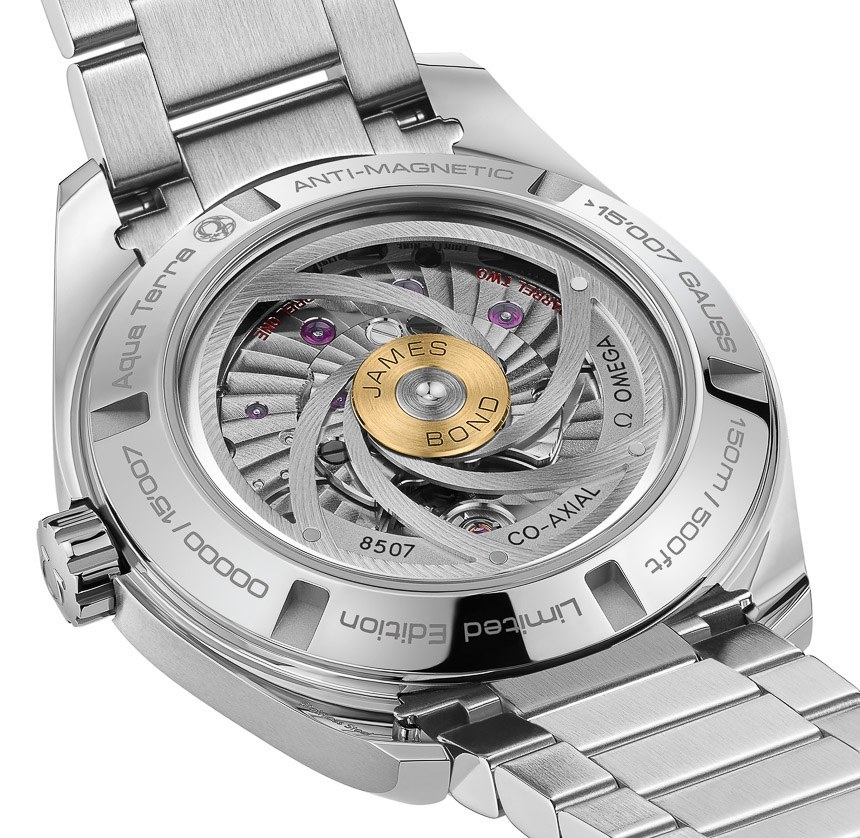 The fictional character’s coat-of-arms can be seen from the below screen shot taken from 007: In Her Majesty’s Secret Service. The coat-of-arms is used to tile the blue-colored face of the > 15,007 watch, as well as for the counter-weight of the seconds hand. Also, there is a special automatic rotor design visible through the sapphire crystal caseback on the rear of the watch case. 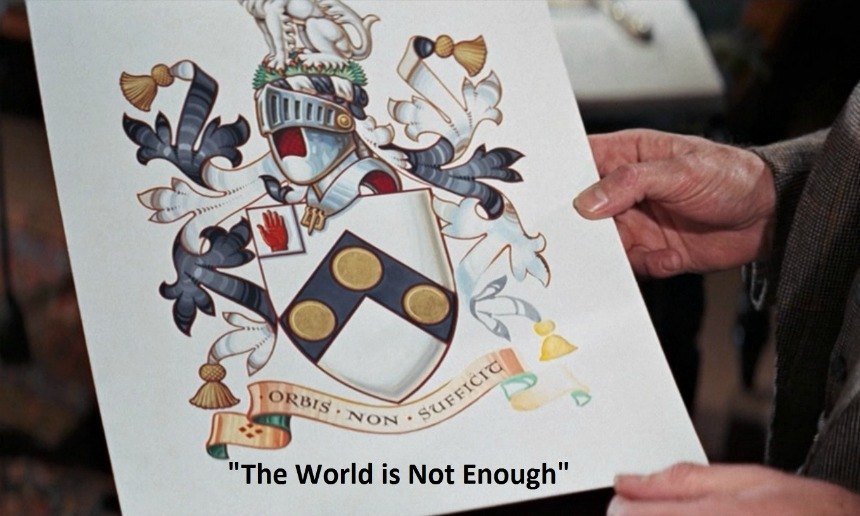 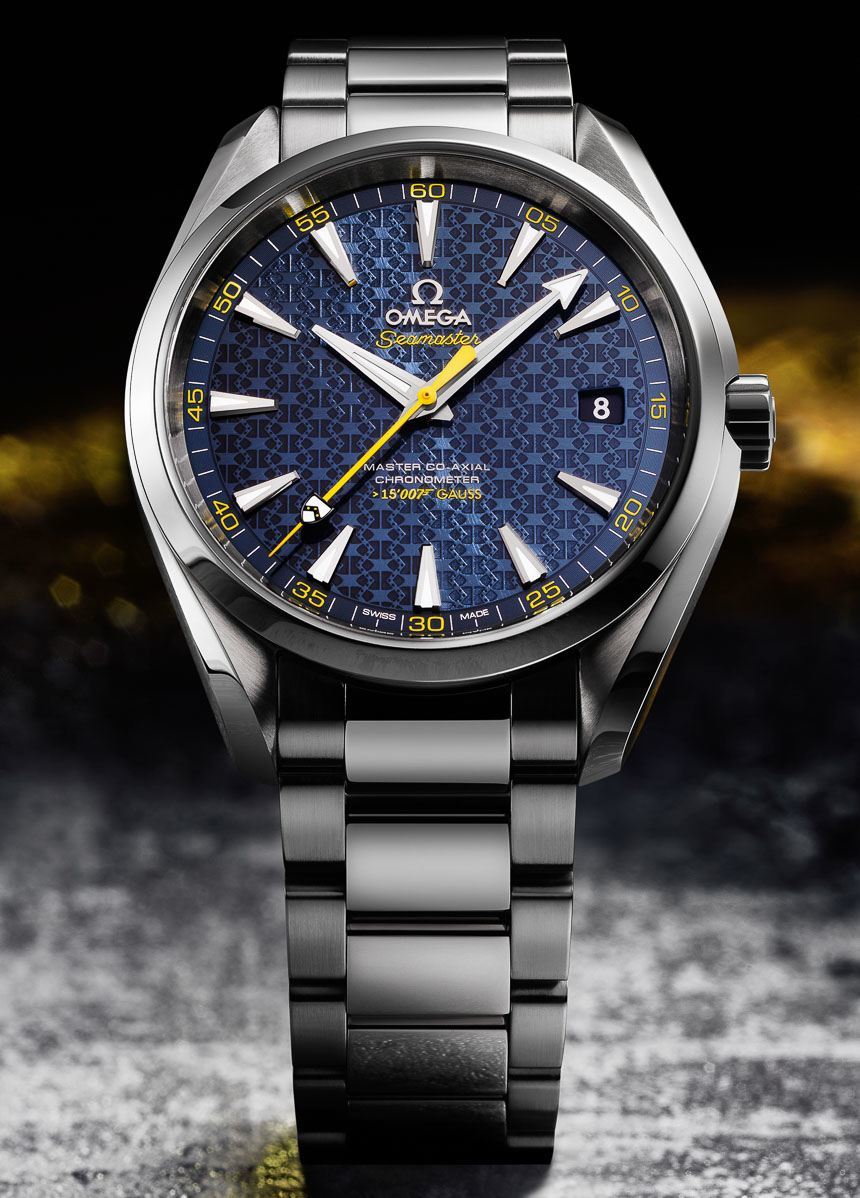 We do, however, see the return to yellow on the dial, which helped make the original Omega > 15,000 Gauss watch so popular. The steel case of the > 15,007 Gauss watch is 41.5mm wide and comes with a matching steel bracelet. The case has a sapphire crystal over the front and rear of the case, is water resistant to 150 meters, and thanks to the Master Co-Axial component, is extremely resistant to magnetism. 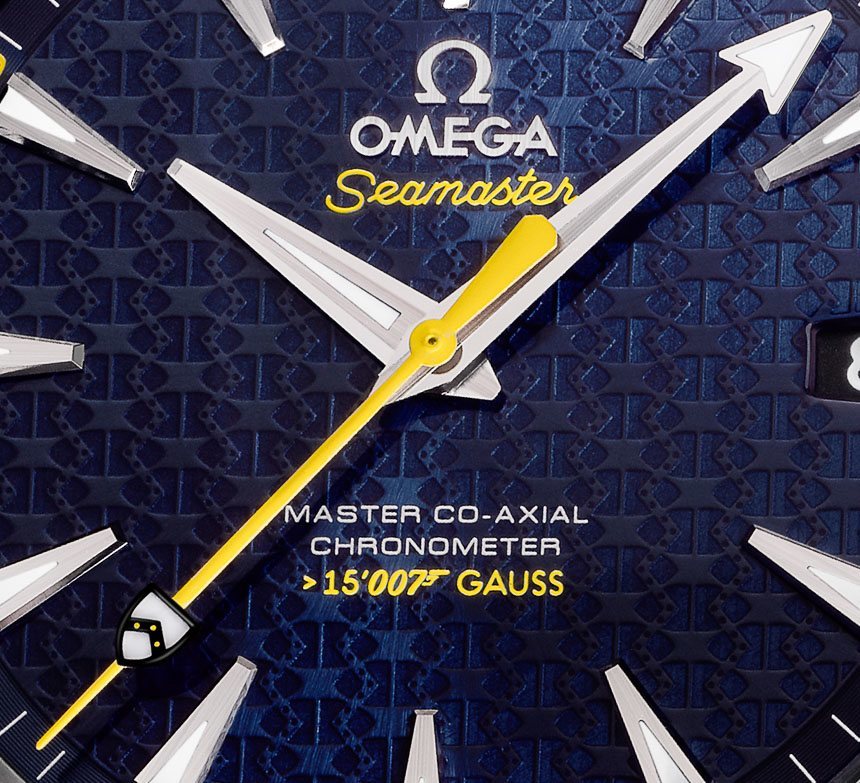 Omega will produce the Seamaster Aqua Terra > 15,007 Gauss watch as a limited edition of 15,007 pieces. That is quite a lot for a limited edition but Omega has time, and time again, seen its James Bond-themed watches prove popular. We look forward to seeing what else Omega watches has in store for the world as the year leads up to the release of 007: Spectre, the 24th James Bond film. Pricing for the ref. 231.10.42.21.03.004 Omega Seamaster Aqua Terra > 15,007 watch is 6,100 Swiss Francs. omegawatches.com