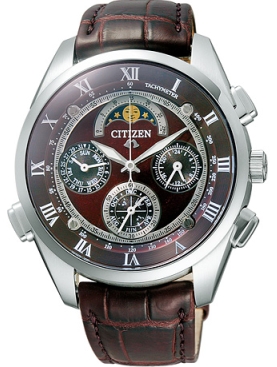 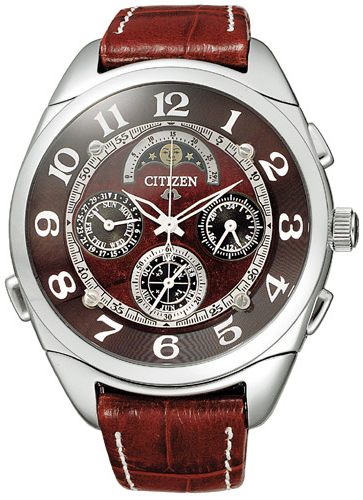 Us watch lovers prefer focusing on the minutiae rather than the big picture sometimes. Which is probably why I love this watch, even though I basically already own one. This is the Japan only version of the highly popular Citizen Campanola Grand Complication with the Japanese rose wood lacquered dial. The model number of the Japan only edition is: CTR57-1001. However, you can read more specifics and a review about this model right here on aBlogtoRead.com’s review of the “world” model Citizen Campanola Grand Complication.

The Citizen Campanola series is rare enough outside Japan, but the “world” Grand Complication model differed in a few major ways from this Japan only model. First, the globally sold model used Arabic numbers versus the Roman numerals on the Japan edition. This is really a measure of taste. Some prefer the astute classiness of Roman numerals, while others prefer the modern legibility of Arabic numbers. I see the Arabic numbers on this model as having a beneficent fantasy like character due to the font, while the Roman numerals provide for a more serious looking watch. The second difference are the hands used, and this dichotomy will mean a lot to some people. The Japanese version uses hands bathed in luminant for night viewing, while the world model has cutaway hands that provide a bit easier viewing for the functions underneath. Both versions of the hands have their pluses and minuses of course. The Japan version also has a tachymeter on the inside bezel, which the world model lacks. The alligator strap used is slightly darker in color and has brown (as opposed to white) stitching; a minor difference but worth noting.

The biggest difference of course is the watch case, which is shaped differently in the Japanese version, and slightly smaller. The world model is a slightly larger watch, but some considered it too large. Personally, I love the size, but 45mm for some people over does it. The nature of the Japanese case makes it smaller and more “traditionally” round in size. You’ll notice the world model is a bit more of tonneau shape (even though the dial is round), further it is comprised of two highly polished pieces of steel. In contrast with the uniquely organic shape of the world Grand Complication, the Japanese version features beefy lugs on a wide smooth bezel. These two seemingly similar watches thus have a multitude of differences when you take a close look.

The Japanese version is a highly desirable example, and one is available right now on eBay at a good price from a US seller, as the watches have sometimes been imported here. It is worth checking out, as is the rest of the Citizen Campanola lines of watches.