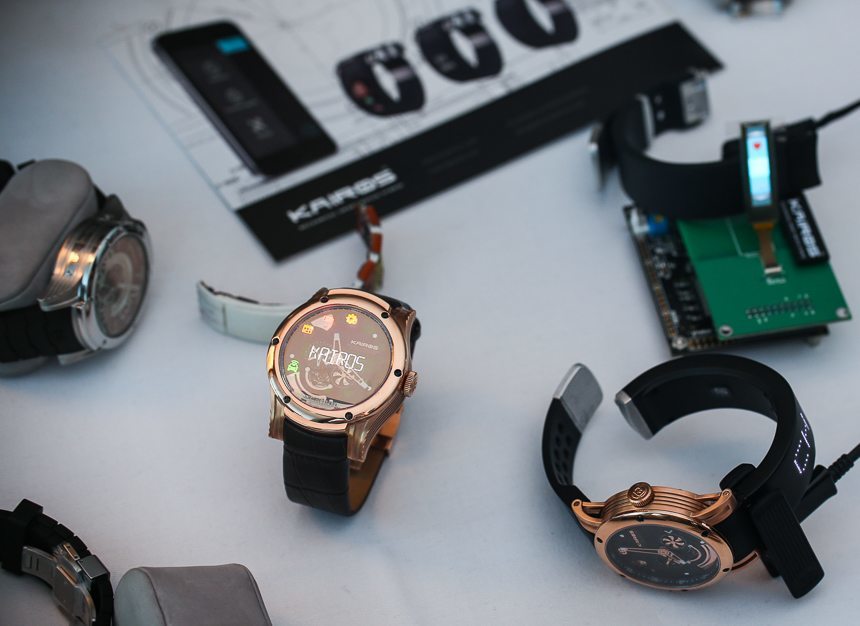 About a year ago, aBlogtoWatch offered an exclusive first look at the Kairos Mechanical Smartwatch here. The idea proposed by Kairos founder Sam Yang was that technology could be melded with traditional watch movements in a way that allowed mechanical watch enthusiasts to enjoy a sort of hybrid device that offered the pleasure of a traditional analog watch with the utility of a modern smartwatch. Hence the brand’s slogan, “mechanical smart watch hybrid.”

Kairos’ announcement predated the Apple Watch as well as a number of other devices which are now available. aBlogtoWatch met with the Kairos team and founder Sam Yang recently to discuss the steady progress of the brand’s products, as well as to understand a bit about the complex challenges inherent in their original, and highly ambitious concept. 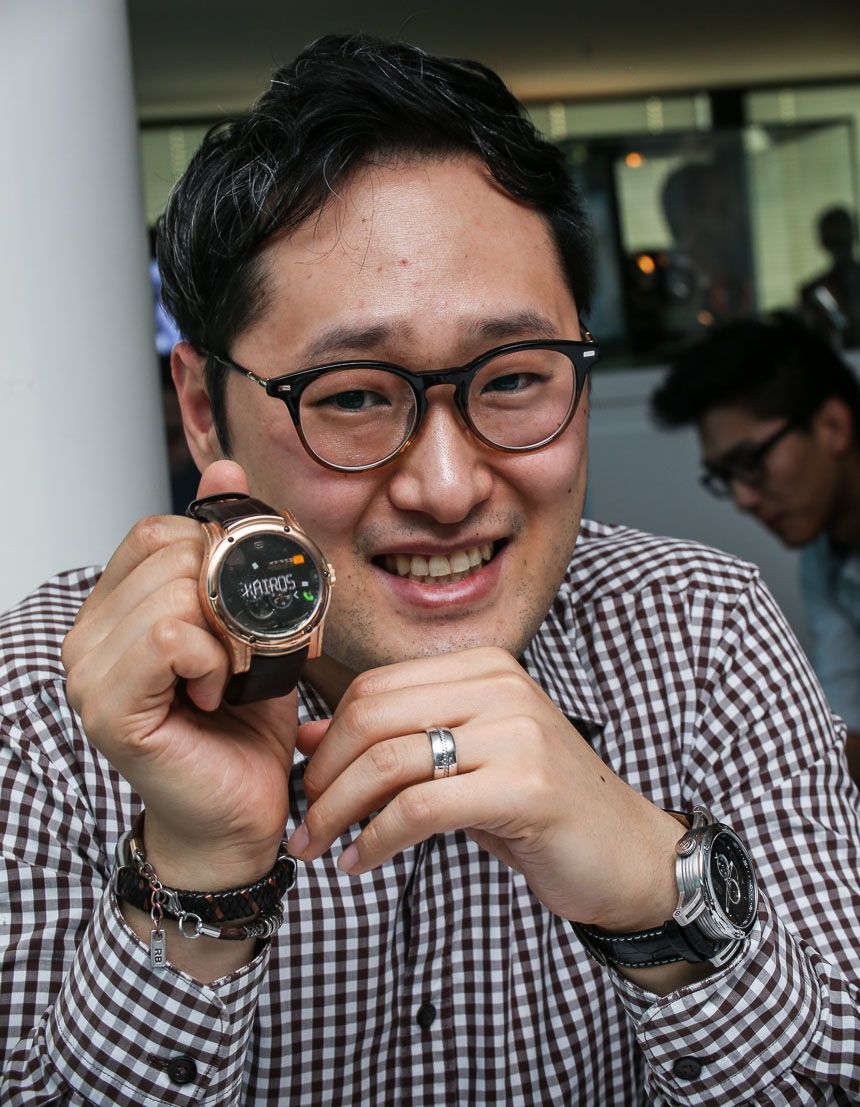 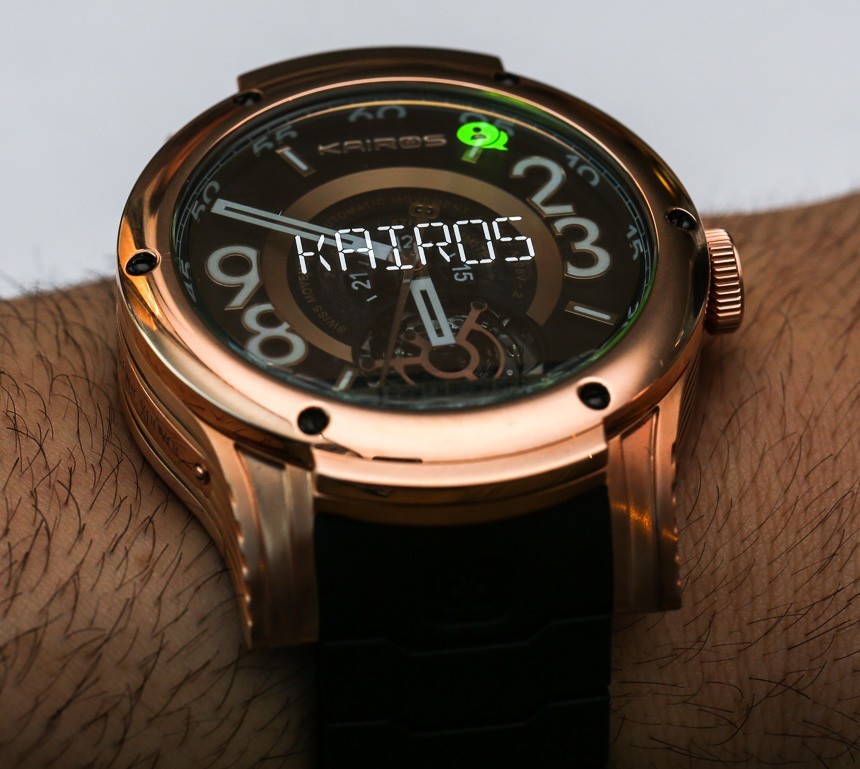 Kairos currently has a lot of eager pre-orderes who are patiently (well not all are patient) waiting for their products to ship. Kairos admits that the project was a lot to bite off, but they have come close to finalizing a family of timepieces that should easily satisfy the people who invested in the brand. With that said, it appears that the resulting Kairos products will perhaps be a bit more diverse that the founders originally anticipated. Late last year, for example, Kairos debuted yet another product family – even before the release of their watches – that would add an entirely new type of product to their company. That was the Kairos T-Band “smart” strap that aBlogtoWatch debuted here. 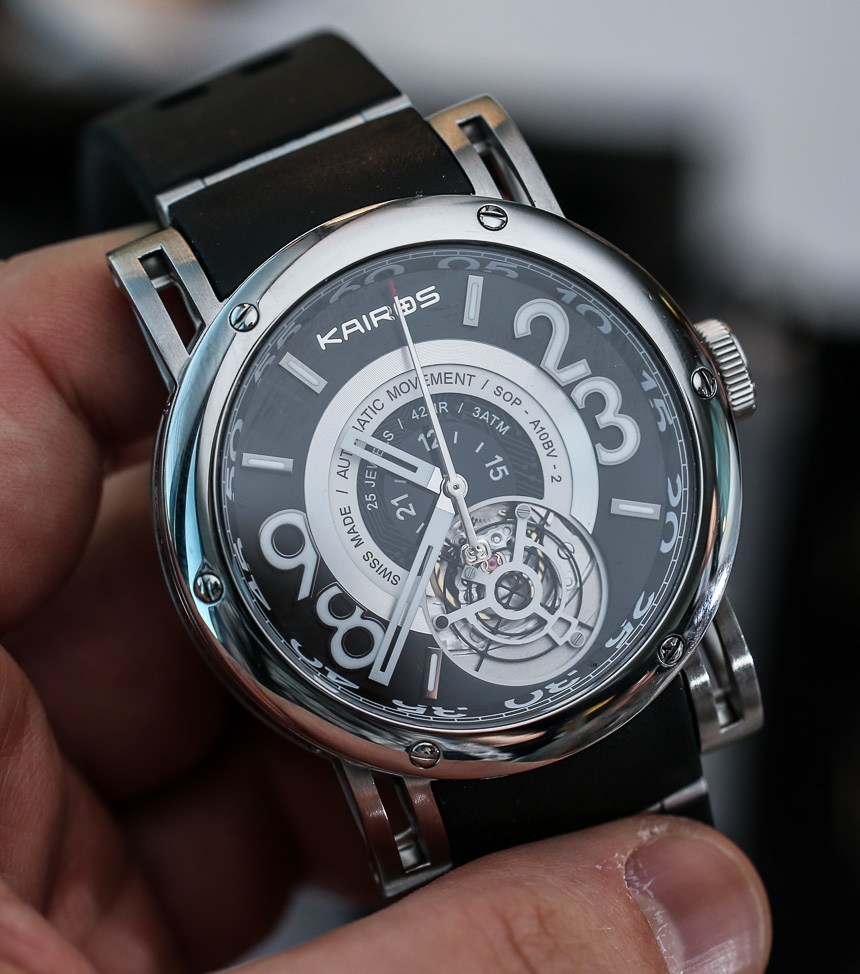 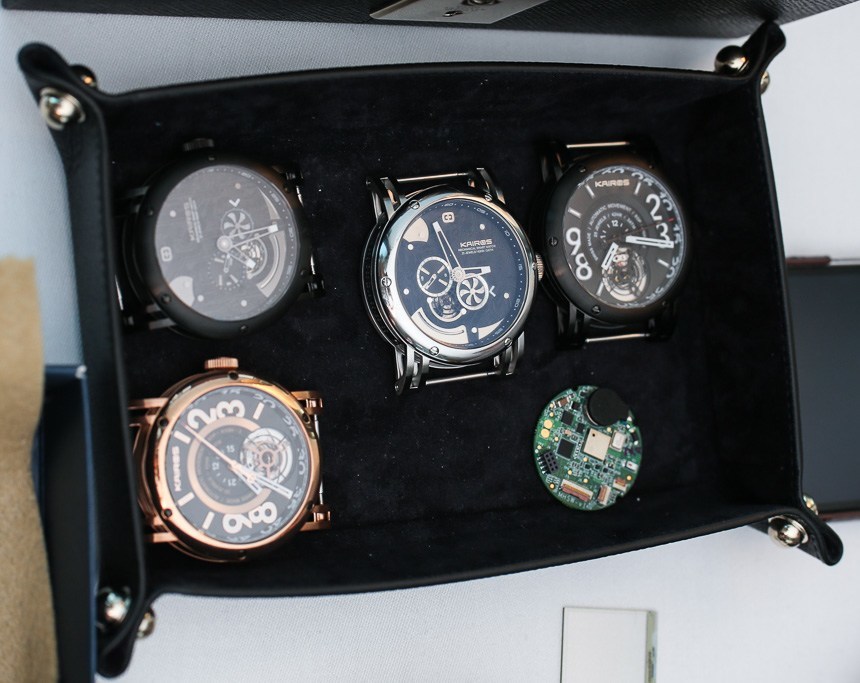 The Kairos T-Band is perhaps the Kairos product with the widest reach, and they will be a series of watch straps with built-in smart functionality. Currently, three Kairos T-Bands are in development, the most simple of which having no screen (but it will have internal sensors), and then two other versions with one including a hidden “LED” display, and another with a colorful PMOLED display. During our meeting, Kairos didn’t have a finished T-Band yet but they did have most of the components of them available, and it was very interesting to see the PMOLED screen in action.

The basic concept of the Kairos T-Band is that the battery and electronics are all in the strap – which makes it possible for the watch case itself to be anything you want – ideally, something traditional and mechanical. According to Kairos, the expected shipping date of the Kairos T-Bands is August 2015 – and we can’t wait to check these out. Prices for the Kairos T-Bands will range from $199 – $299. 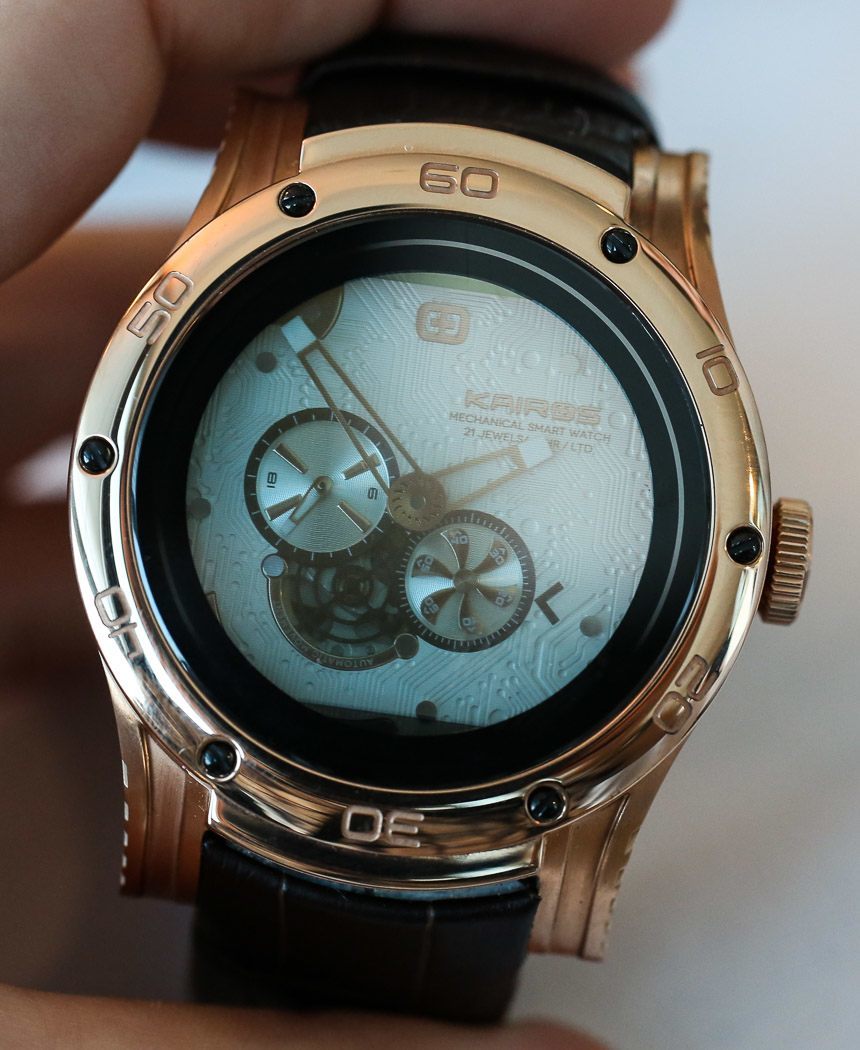 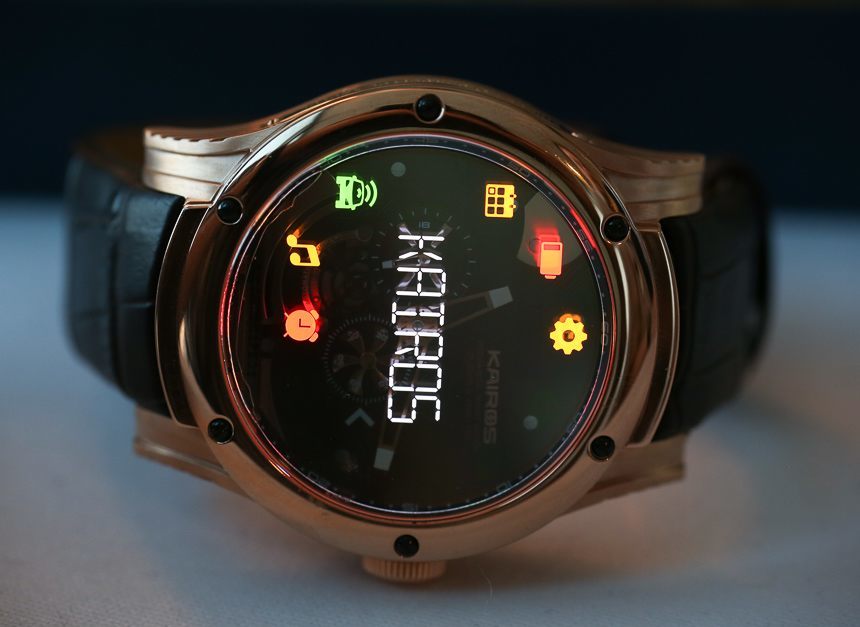 I don’t think that Kairos originally thought it would be in the business of producing strictly mechanical watches. The notion, of course, was to put special digital displays on top of traditional analog watch dials in order to create the “hybrid” concept which the company is known for. Nevertheless, after all this development, Kairos decided to produce watches without any electronics at all. These are the core Kairos watch designs in a purist format for those who simply like the look of what the brand is offering.

True enough, the Kairos MSW115 and Kairos SSW158 watches are modern and interesting looking with a look that is very unique to the brand. I really have to point out a fun little detail that a lot of aBlogtoWatch fans will approve of – the screws on the bezel are all aligned! At 46mm wide and 17.1mm thick, these are large timepieces in their steel cases (available in natural steel, “double” rose gold-plated, or DLC-coated black). Of course, the size was meant to incorporate some special electronic components, but you can have the watches without the tech if you like. 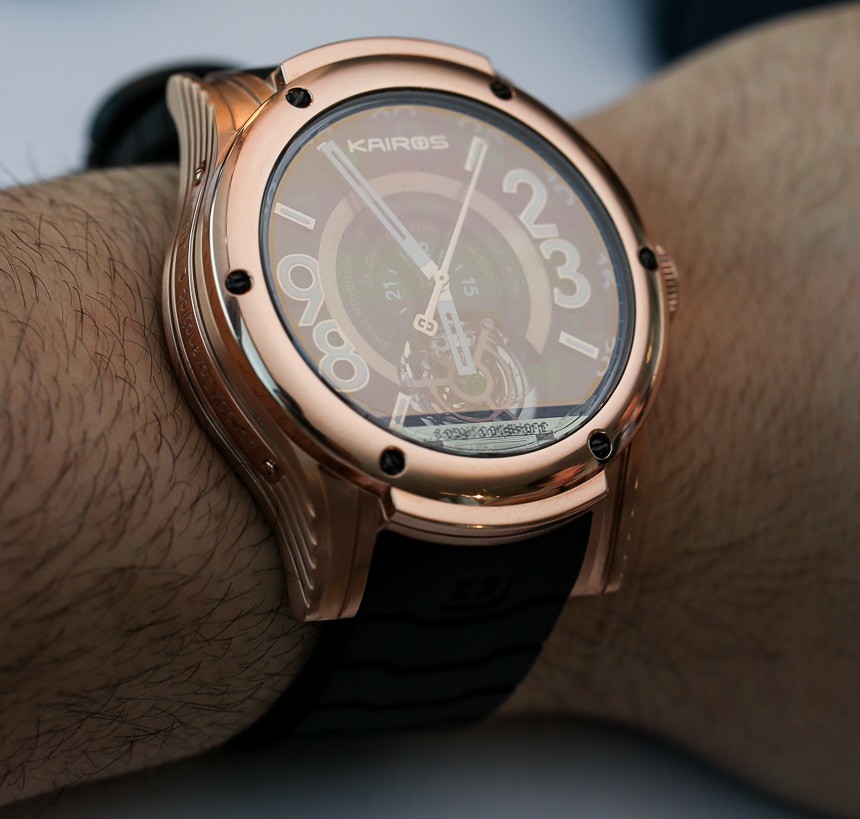 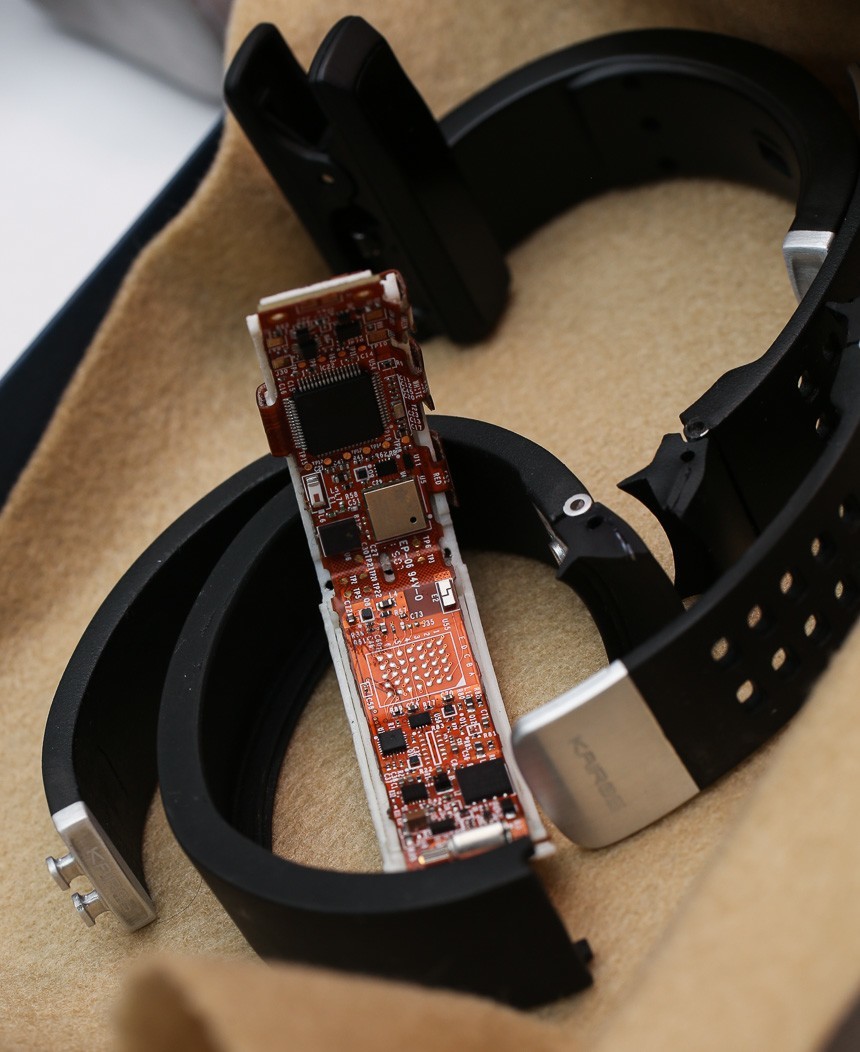 One of the big reasons that Kairos is offering exclusively mechanical watches is because they are making the Kairos T-Band. While the “hybrid” watches combine an analog and digital dial, the Kairos T-Bands are the smart function which allows the watch part of the product to remain traditional. Thus, one of the flagship products from Kairos will be the Kairos SSW158 or Kairos MSW115 watches (in all the case color versions) available with any of the Kairos T-Bands (all three options). That means there are no fewer than 18 variants when you consider all the watch/strap combinations available. I don’t totally understand the pricing in some instances, as some watches with the Kairos T-Bands seem to be priced more than if you buy the items separately. Though, there could be some special hardware or components involved that I am not aware of. Nevertheless, I think that a good amount of watch lovers are going to gravitate toward this option, since it is perhaps best to experience the Kairos T-Band attached to a Kairos mechanical watch. Prices for the mechanical watches with the Kairos T-Bands range in price from $1,089 – $2,548. Again, planned shipping dates are in August 2015.

I’d like to speak about the functionality and performance of the Kairos smart watches and the Kairos T-Bands, but what we saw was frankly still to early to play with. I do like the delicate dedication the brand appears to have to their products and the care involved in producing these items. You get the impression that these are detail-oriented watch guys melding into the world of technology, rather than smartwatch guys looking for another way to find a sticking smartwatch product. 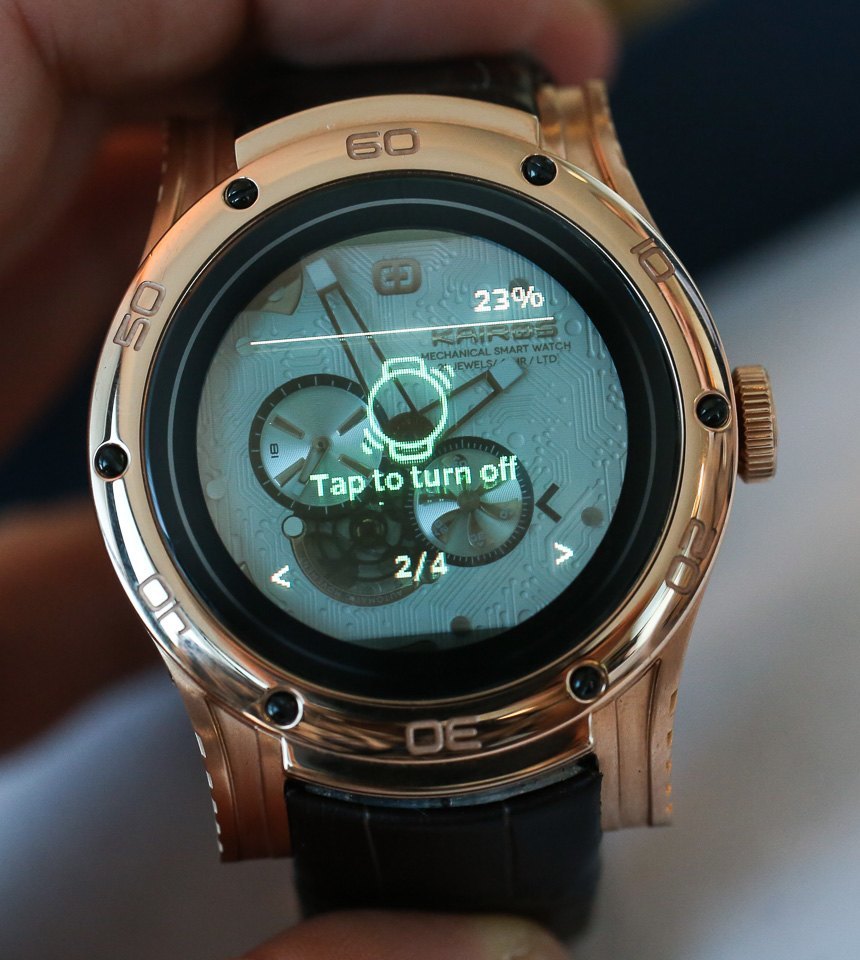 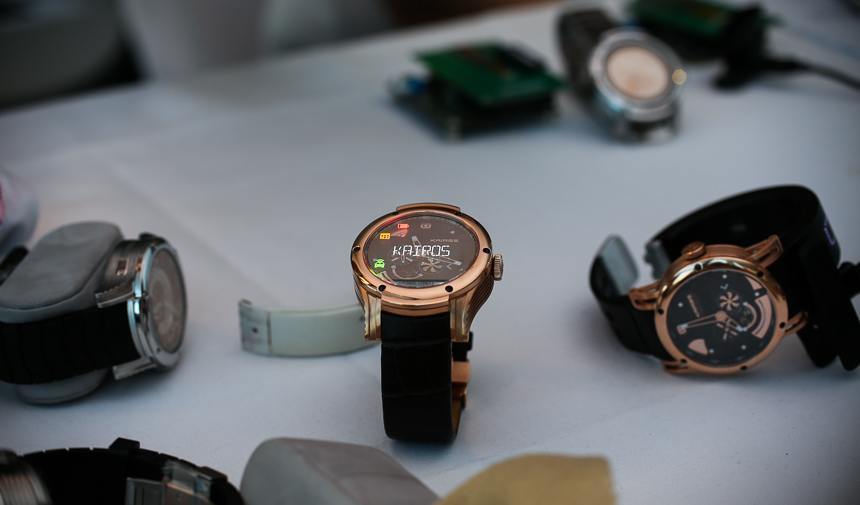 Kairos even mentioned that other companies are interested in their technology and that their developments might show up in other products. With that said, a lot of what Kairos has developed it has had to more or less invent or find ways to get working. For example, Kairos needs to purchase available screens that exist on the market for its Kairos T-Bands and hybrid watches. Those screens, however, aren’t always made for these purposes, and there is no shortage of engineering struggle to get everything functioning properly. In a few years, however, things will be different. More and more suppliers will begin to produce components specifically for use by the growing smartwatch industry, with brands like Kairos really proving themselves as early pioneers.

The flagship products aside from the Kairos T-Bands are Kairos’ Hybrid Smart Watches which place a special mostly transparent digital screen as the crystal over the analog dials. These come in two forms as well – an icon-based TOLED display or a dot matrix TOLED display. There are pluses and minuses to each. The dot matrix display offers more detailed and varied information, but the display is only 40% transparent where as the “icon type” display is 60% transparent (which means the analog dial underneath is easier to see). 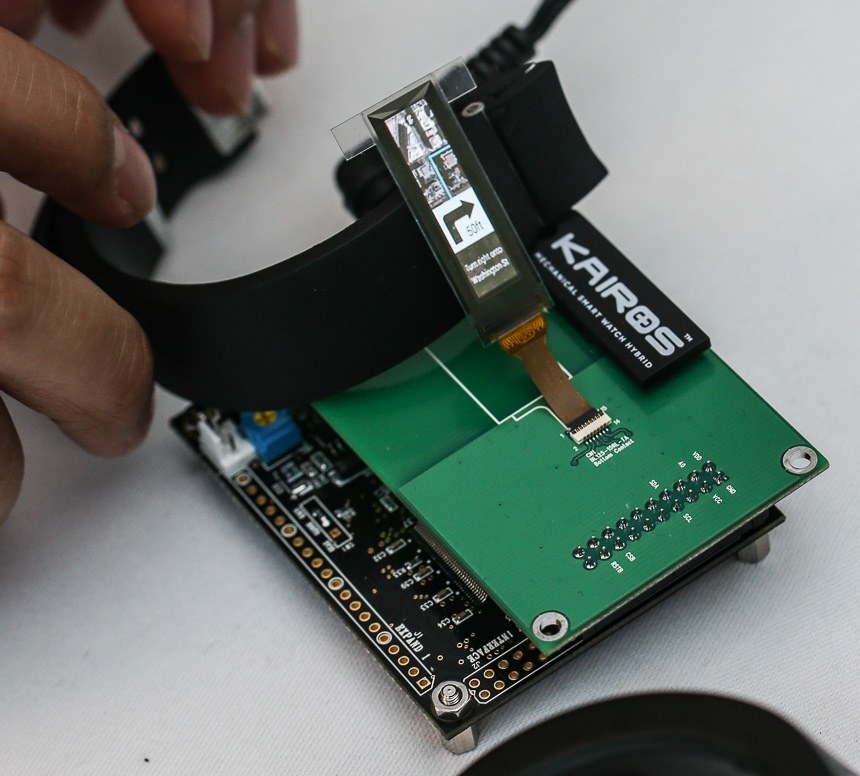 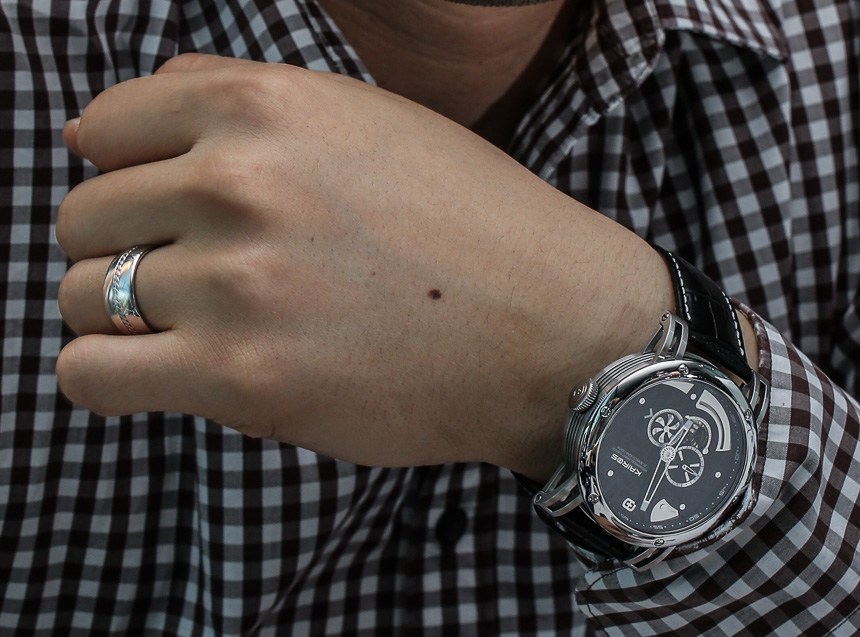 Each of these smart systems runs on Kairos’ own proprietary OS and is controlled via Bluetooth 4.0. Interestingly enough, it does not appear that there are any buttons or pushers to control the smart watch functions on the watch, even though the system is said to respond to gesture controls, and all of the Kairos smart products include Misfit-based activity tracking functionality. The system uses an Arm Cortex M4 processor and the 160mAh battery is said to last between 2-3 days. Further, Kairos promises compatibility across Apple iOS, Google Android, and Windows Phone OS.

In the past, I’ve said that one thing I really like about the Kairos system is that you can, theoretically, retain one of the most important elements of a traditional watch – and that is the “always on” aspect of the dial which allows you to view the time without having to activate a screen. Moreover, doing so helps retain battery life because you don’t need the smart functionality to see the time, and further, you can feel as though your timepiece says something important and unique about you because, at heart, the Kairos watches are still very much “designed” and contain artistic, communicative value above and beyond most available smartwatches today. The Kairos Hybrid MSW115 and Kairos Hybrid SSW158 watches have the typical assortment of options and range in price from $1,199 – $2,549. kairoswatches.com