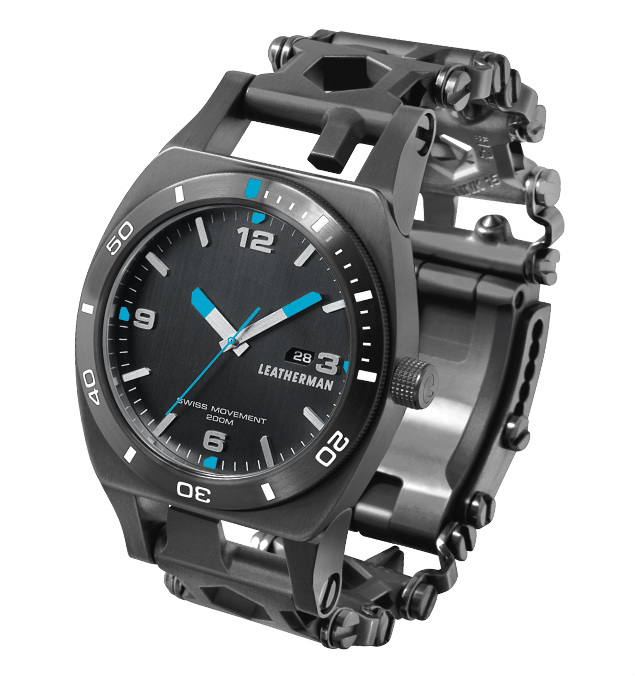 A few years ago in 2015 US-based Leatherman debuted a product that was never actually released – the Leatherman Tread watch (on aBlogtoWatch here). The idea was based on a multi-tool bracelet attached to a timepiece. The bracelet was released, but not the watch. Now, Leatherman releases the Leatherman Tread Tempo, which reintroduces the idea of a tool bracelet and watch together – in a package that feels a lot more special than the original (at least in the department of the watch itself). 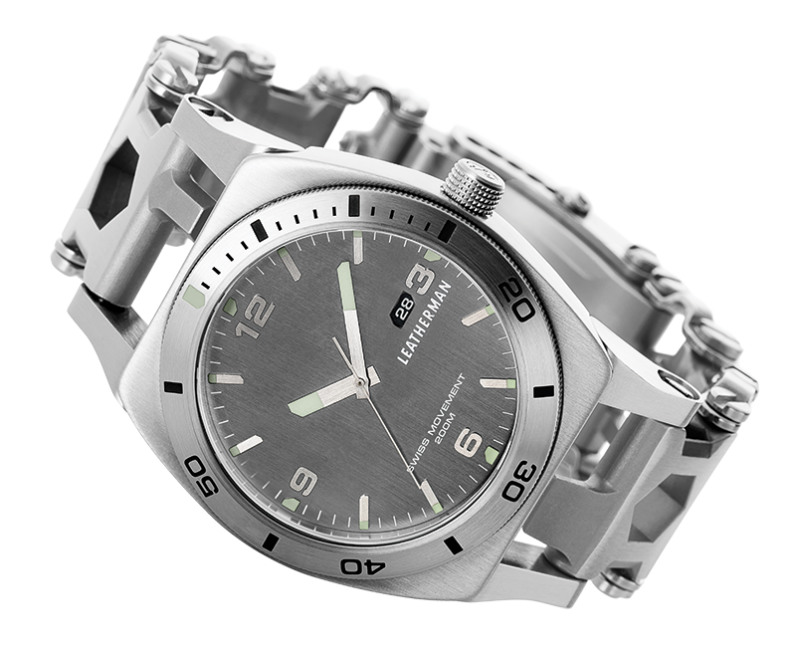 The Leatherman Tread as either a standalone tool bracelet or watch bracelet for a compatible case was popular enough for Leatherman to redesign their own case for the Tread Tempo. Leatherman oddly doesn’t include information on the case width, but it is steel, water resistant to 200m, has a sapphire crystal, and is likely about 43–44mm wide. 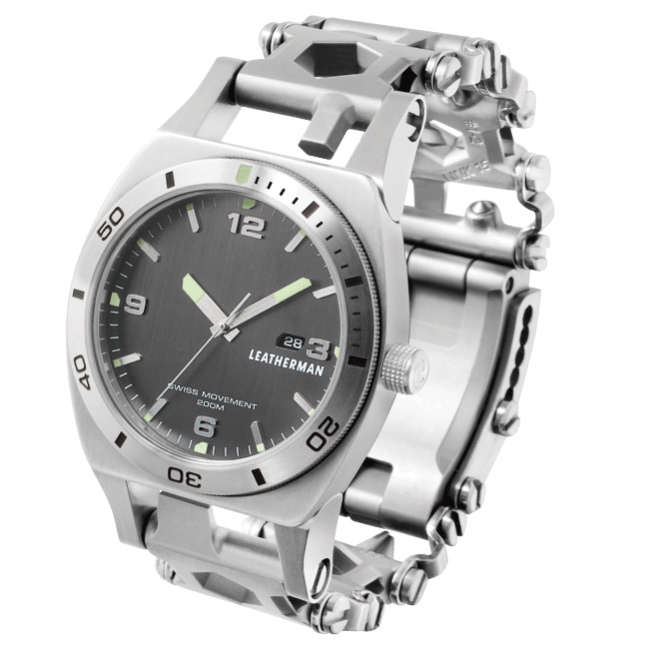 Available in brushed steel, or black-coated steel, the Tread Tempo has a pleasant, legible design with hands that are only a bit too short. I do like the design overall, which is mostly inspired by dive watches and comes with a rotating timing bezel. Inside the watch is a Swiss Ronda 715 quartz movement. The most interesting part of the case is the detachable screwdriver in the back. This is not only a flat-head screwdriver for various needs, but it is also the tool used to unscrew the bracelet. 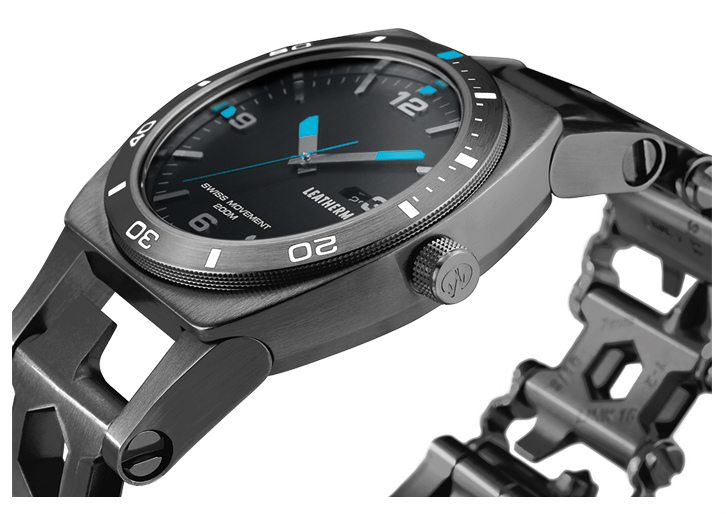 Most of the bracelet tools don’t require you to unscrew the bracelet to use, but there are some additional tools in the deployant clasp that you might need to use the screwdriver to access. To size the watch you’ll have to remove some links – but there also appears to be a generously-sized micro-adjust feature in the clasp. Knowing my small wrists, I’d probably have to remove some of the 30 tools to make the watch fit on me. I’m sure there are some Torx screwdrivers that I can live without – or perhaps the bottle opener. 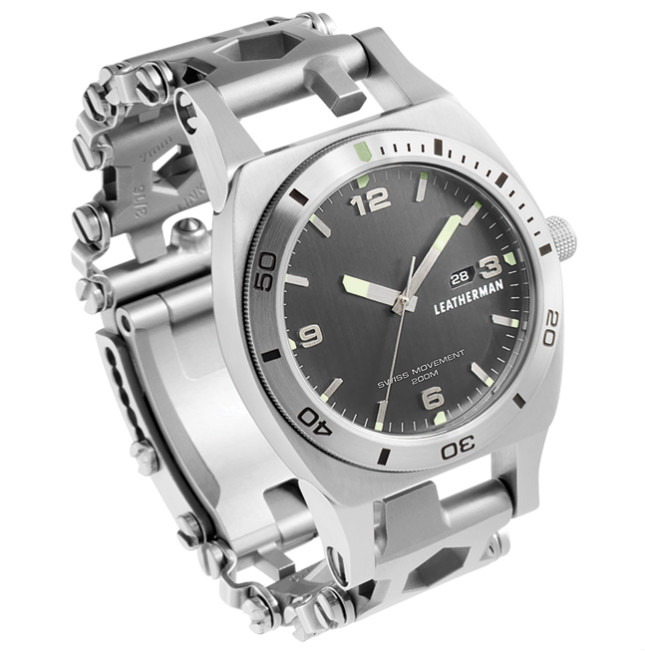 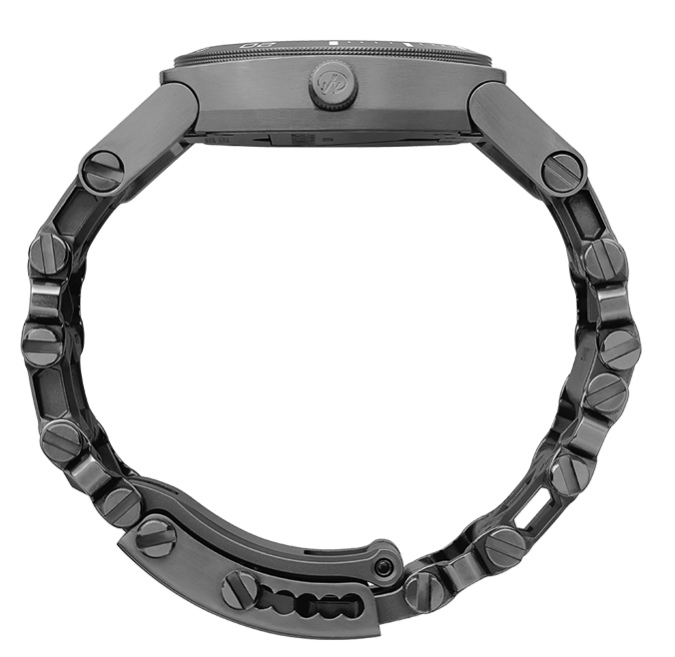 Leatherman claims that between the 22 parts (including all of bracelet links) the Tempo Tread watch has a total of 30 tools/functions. For under $500 that makes it a hell of a bargain for a “grand complication” (sorry, no perpetual calendar here). Leatherman also makes it clear that the Tempo Tread is TSA-approved, meaning it is designed to be taken aboard a plane and into airports. More interesting is the 25 year warranty that Leatherman offers on the Tread bracelet. The watch itself has a 2 year warranty. 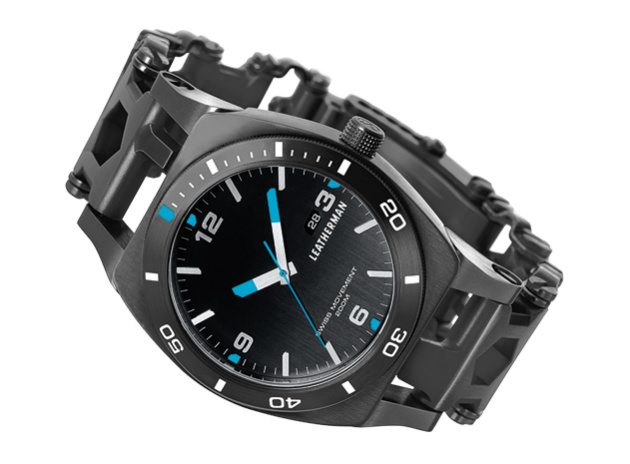 Once again, the Tread Tempo is Leatherman’s first released watch and bracelet combination. The design of the dial is pleasant and on-brand, but won’t appeal to everyone (especially those who want to stick the bracelet on a different watch case). Still, it is a really good effort and way more distinctive and high-end than the stillborn original Tread timepieces from a few years ago. Retail price for the Leatherman Tread Tempo watch (both styles) is $449.95 USD. leatherman.com