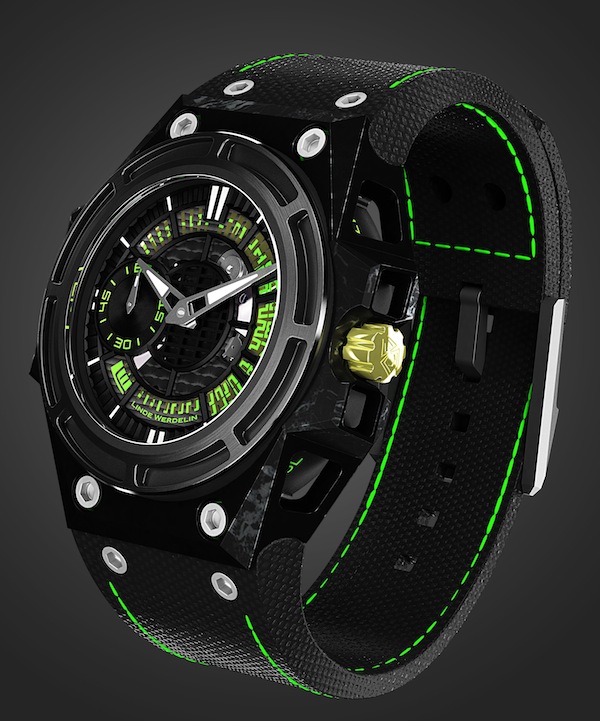 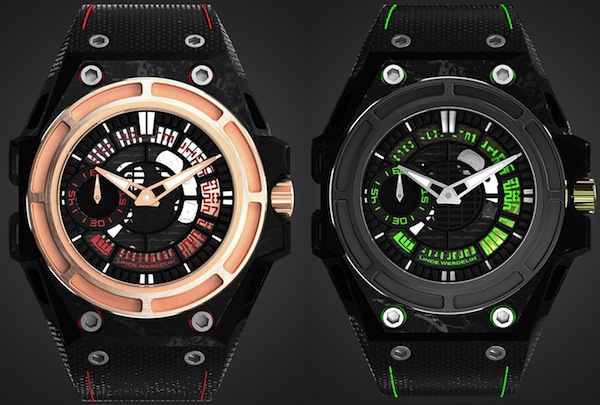 Linde Werdelin has announced two new limited edition models for their SpidoLite II series of luxury sport watches. The new LW SpidoLite II Tech features two variations of a watch that takes the recognizable SpidoLite II platform and moves it into the next generation as far as case construction and materials are concerned. The SpidoLite II Tech boasts case composition which employs both forged carbon and Linde Werdelin’s own ALW, a proprietary metal alloy that is the result of two years worth of research and development.

The Tech series shares the same 44 x 15mm case proportions as the rest of the SpidoLite II family and shares a similar look with a two-piece skeletonised dial, sub seconds at nine, and a date display at three. What sets the new Tech models apart is their high tech case construction, which is comprised of an inner case made of ALW (Alloy Linde Werdelin) and an outer case fashioned from forged carbon fibre. ALW is an metal alloy that Linde Werdelin reports to be 50% lighter than titanium while still being as strong as steel. The inner case assembly of the SpidoLite II Tech is hardened to offer a final assembly that is not only stronger than steel, but also colored either red or green (the colorful inner case can be seen through the skeletonised elements of the forged carbon exterior, very cool).

The outer case may carry the same skeletonised design that we’ve seen on past SpidoLite models, but it is now produced out of extremely light and strong forged carbon. The design then branches off to create two distinct variations including the Gold, which is fitted with an 18k rose rose gold bezel and crown, or the Green, which has a stealthy black ceramic bezel and a titanium crown that has been treated to a ceramic coating. The movement used for the SpidoLite II Tech is the same LW 04 used in other SpidoLite II models and is manufactured for Linde Werdelin by the Swiss movement maker Concepto. 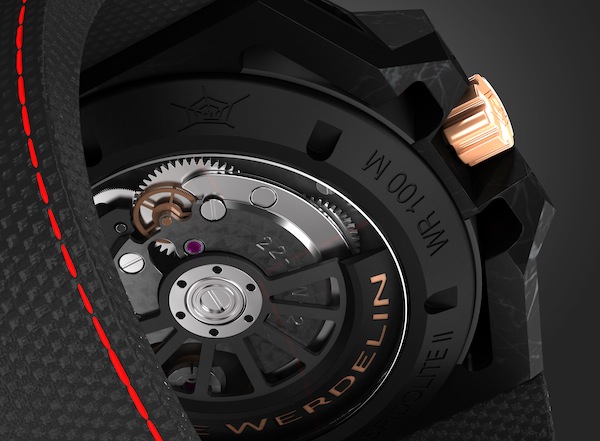 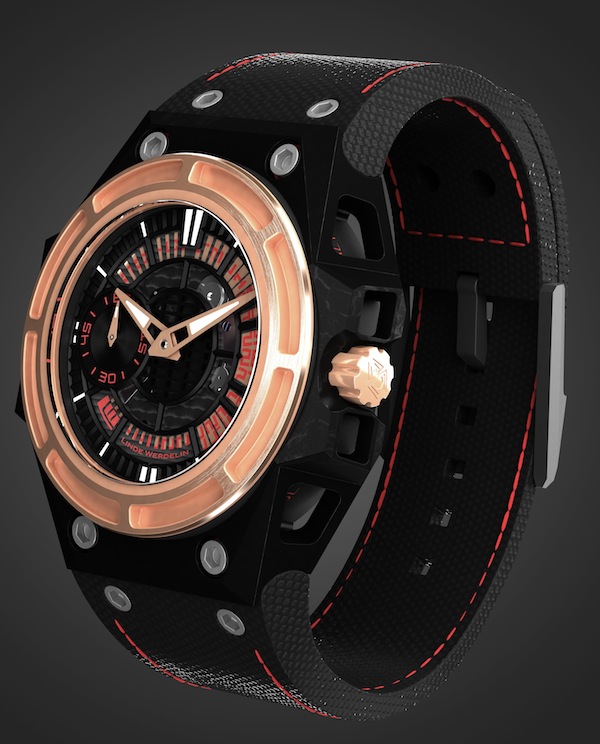 The end result looks really cool and is unmistakably part of the SpidoLite family. Both the Gold and the Green versions will be limited to 75 units each, with the serial number displayed within the frame of the skeletonised outer case. The SpidoLite II Tech will be available from July with the Green version costing 13,000 CHF (before VAT) and the Gold claiming 17,500 CHF (before VAT). I am a big fan of the entire Spido family, both Lite and Speed, and the SpidoLite II Tech looks to be a logical and successful expansion of the range into more advanced uses of exotic materials. We are excited to be seeing the new SpidoLite II Tech at BaselWorld next week and we will be sure to get some live pictures and impressions from the show floor. Until then, what do you think of the Linde Werdelin SpidoLite II Tech? lindewerdelin.com