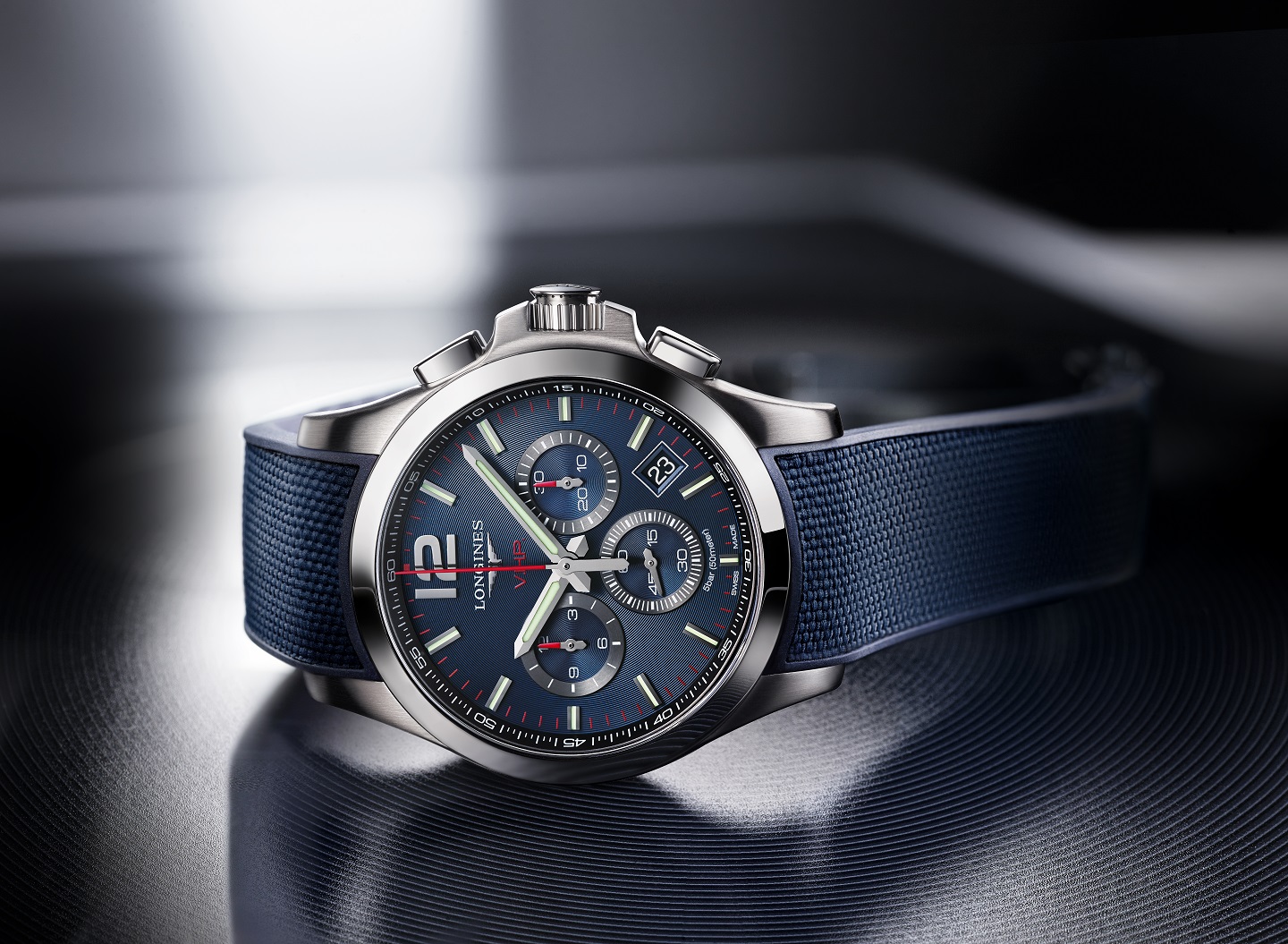 Swiss watch company Longines, who last year re-released their VHP (Very High Precision) series of Conquest sports models powered by thermo-compensated quartz movements, has recently announced the expansion of the VHP collection to include several updated chronograph models. Improved with the advent of a perpetual calendar function and extended battery life, the new Longines Conquest VHP Chronograph collection is accurate to ±5 seconds per year and available in two case sizes as well as in a plethora of dial and case finishes.

The most prominent feature of the new models and the entire VHP collection is of course the accuracy of ±5 seconds per year, owing to a thermo-compensated quartz L289.2 (ETA E57.211) caliber, which was developed exclusively for Longines. In addition to the highly accurate timekeeping, the L289.2 sports a twelve hour chronograph with a central seconds hand, thirty minute counter at three o’clock, and a twelve hour counter at nine. The date window, now complimented by a perpetual function, is located at four o’clock. A new battery is also fitted, promising longer battery life. Finally, the Longines Conquest VHP Chronograph movement is equipped with “Gear Position Detection (GPD)” that allows the hands to be reset after a hard impact or exposure to a magnetic field. Cosmetically, the chronograph is very similar to its predecessor, and is now available with either a black, silver, blue, or carbon dial, each with applied Arabic numerals and applied bar indexes with Super-Luminova. As is Longines’ custom, the options don’t stop with dial color, and the watch is also produced in either a stainless steel or black PVD coated case and in your choice 42mm or 44mm case widths. Given the volume of choices, the Longines Conquest VHP Chronograph likely has an option for every interested buyer.

Adding to the list of selections are the strap and bracelet options. The Conquest VHP Chronograph can be had either with a stainless steel or PVD coated bracelet with a folding safety clasp or a rubber strap in black or blue with a deployant clasp. While not everyone needs or wants a quartz watch capable of such accurate timekeeping, the new Longines Conquest VHP Chronograph offers an interesting tech-driven quartz option for those who want a more upscale grab and go option. Previously offered at a reasonable $1,650 on the bracelet, the newer models fitted with a rubber strap will most likely retail for less – and we’ll be sure to share updated pricing as soon as we hear from the brand. Ultimately, the Conquest VHP series also presents an argument for a more modern quartz watch in a market currently saturated with mechanical watches with vintage styling. longines.com