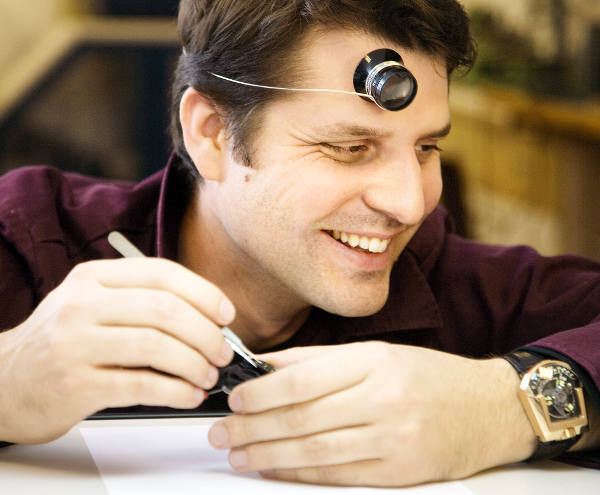 Look Out! The URWERK Torpedo Watch Is Coming

Mention the name URWERK to the watch community and it’s instantly recognizable for the cutting edge case design and unique time tracking system. Today, Felix Baumgartner and his company are accepted into the haute horlogerie community as brethren. But it wasn’t always this way. Remember, it’s the Swiss we’re talking about. As a nation, they are conservative and traditional, with a skeptical wait-and-see attitude. You can just imagine the watchmakers’ lips pursing and their noses turning up upon first laying eyes on URWERK’s first creation, the UR-101. It actually looks a bit like a mini UFO a la “The Jetsons” with its rough-hewn stainless case and glass aperture.

Although URWERK’s success seems so obvious now, Felix reminded me over lunch a couple weeks ago in Los Angeles that it took 10 years for the company to gain respect. Nonetheless, that aspect doesn’t concern Felix much. He’s always been one to go his own way.

From the beginning of his career, Felix has been independent and has never worked for a brand. After graduating from watchmaking school, he set up his own shop. Although Felix is a hard worker, he doesn’t like to conform to societal structures and never has. He told me a story of how as a young boy he constantly snuck out of school and ran away, much to the chagrin of his teacher, especially when he started getting his other little buddies to follow suit.

Because he himself doesn’t like to feel caged, Felix allows his staff freedom to do their job in their own way and on their own time. There are no set starting hours at his atelier and no punch clock. People come and go on their own schedule and there is even a guy who likes to come in on Saturdays. As long as you get your job done, Felix is cool with your method. Sounds like a great boss to me! 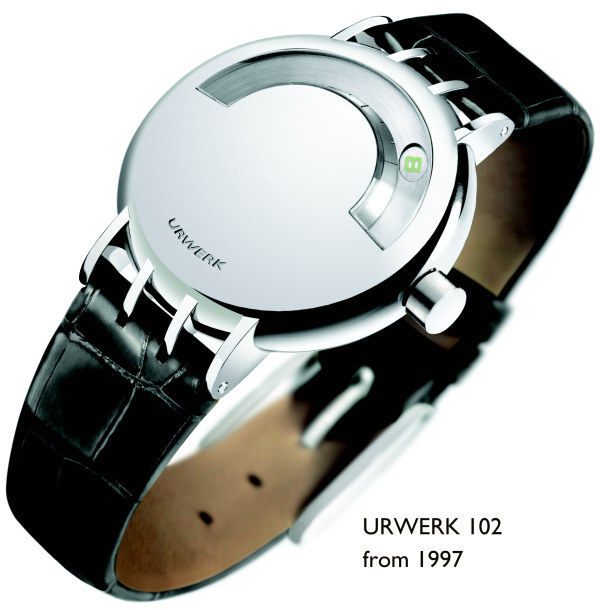 If you don’t already know the story, Felix got the seed money for URWERK from a family friend who gave him around 20K to make her a watch. Yes, a her! (Note to Felix: I’m not going to let you off the hook for creating a woman’s watch. Please return to this project as soon as possible!) From the money received Felix was able produce two other movements and his company was off and running.

The idea for URWERK came in 1995 over a meal with Felix, his brother Thomas (no longer with the company) and Martin Frei, an artist and designer. Two years later, after many sketches and technical refinements, there was a prototype inspired by the 17th century Campanus Night Clock.

The URWERK collection now includes collections 103, 200 and the UR-CC1, also known as the King Cobra, a concept inspired by the work of avant-garde watchmaker Louis Cottier. In addition to their own watches, URWERK partnered with Harry Winston for the Opus 5, one in the series of watches initiated by Max Büsser, who is now creating watches under his own moniker MB&F.

With 2011 and the watch fairs almost upon us, I thought that URWERK must have an intriguing watch up their sleeve. I wasn’t disappointed. Felix had a box sitting on the table when I arrived. What a tease! I had to wait to finish lunch before he revealed the mechanism hiding within.

The new watch is called the 110 Torpedo because as the satellites turn, they are in a three formation just like missiles zipping along to their target. The movement wasn’t cased so I don’t know what the complete piece will look like yet. It definitely piqued my curiosity and gives me something to look forward to. I’ll give updates as I can cajole them from Felix. www.urwerk.com