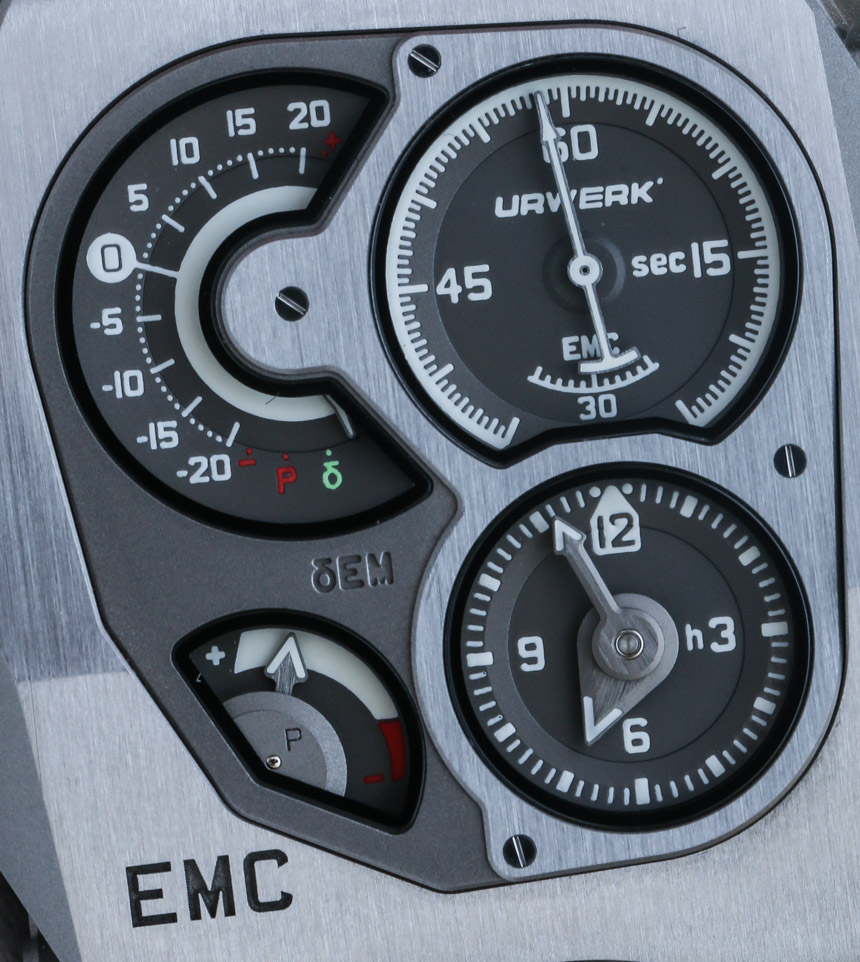 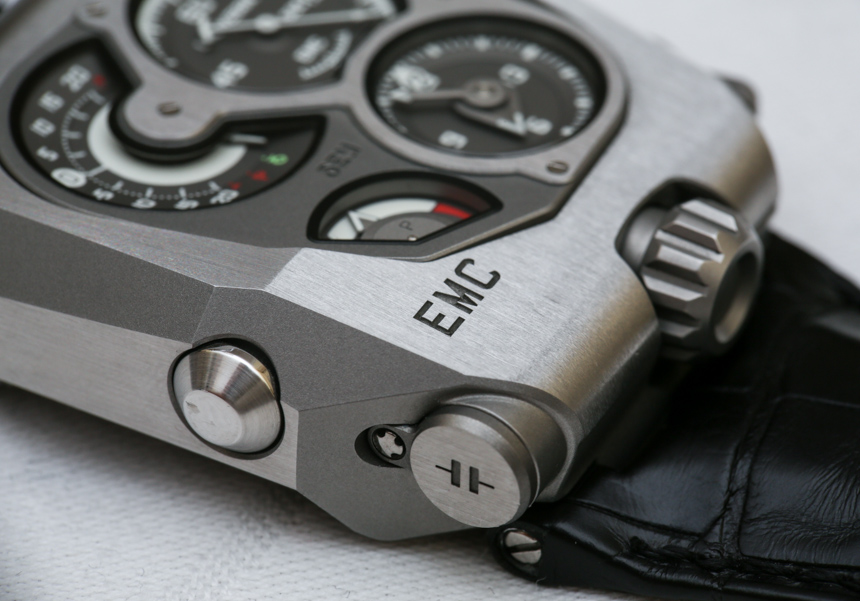 When we debuted the Uwerk EMC watch back at the end of August 2013 I have to admit that I thought it was a rather silly concept. I mean, I understood it well enough, and appreciated the innovation, but I still thought it was a particularly quixotic apparatus that was more about Urwerk being Uwerk than something anybody actually wanted to own. So how do I feel after getting some hands-on time to play with the mechanical watch that not only includes a rate measurement tool, but also allows you to adjust it? Read on.

Those not familiar with Urwerk’s typical fare might benefit from some perspective. Martin and Felix are the guys who run the brand and they don’t even look like normal watchmakers. They don’t particularly like to speak to the press, and when faced with having to sell their watches to retailers they actually don costumes. Seriously, this year during our meeting with them they were wearing matching black with yellow trim outfits that made them look like watchmaker ushers. This is just an example of the oddity which you’ll find when exploring the brand. All this weirdness is part of what makes them great however, and the best thing Urwerk has going for it is their product family. 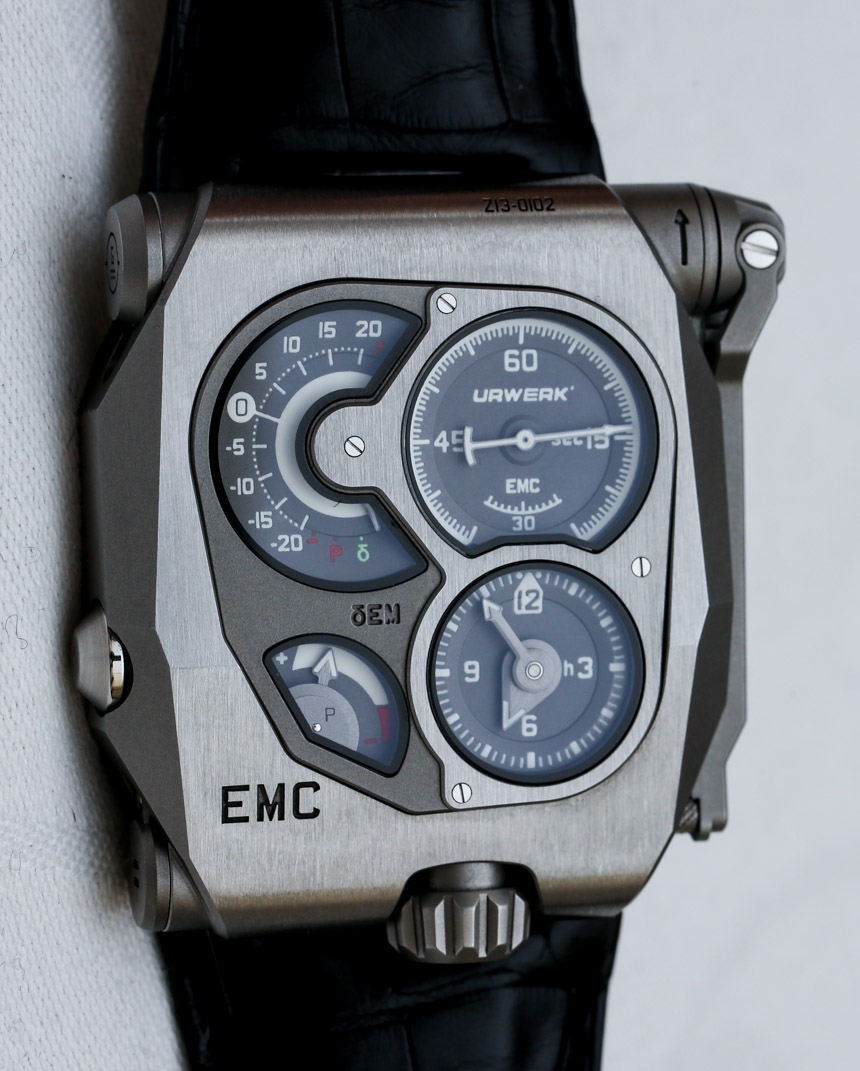 It is true, Urwerk has some very cool watches and are among the few sci-fi watches that I would actually say look futuristic in a way that doesn’t scream “science fiction nerd.” There is a masculine darkness to their designs that feels more automotive and military-inspired than spaceship and lightsaber. A prime directive at the brand is that their watches must be different, and to that end they have dutifully succeeded. Another interesting goal of theirs over the last few years has been to make their timepieces more interactive.

All mechanical watches are interactive, but given that they are essentially toys for rich boys, they mostly don’t give you much to do aside from wind a crown or adjust them once in a while – unless you love starting and stopping your chronograph or daring your minute repeater to break. So Urwerk has tried to consider what else it can add to the mechanical watch experience that is actually useful or meaningful. They started slow, and beginning a few years ago we began to see watches with the mechanical watch equivalent of an oil change indicator. Urwerk places small service indicators on the timepieces that would remind you to send them back for service each few years. Though in many ways that was just an extra thing for people to worry about. 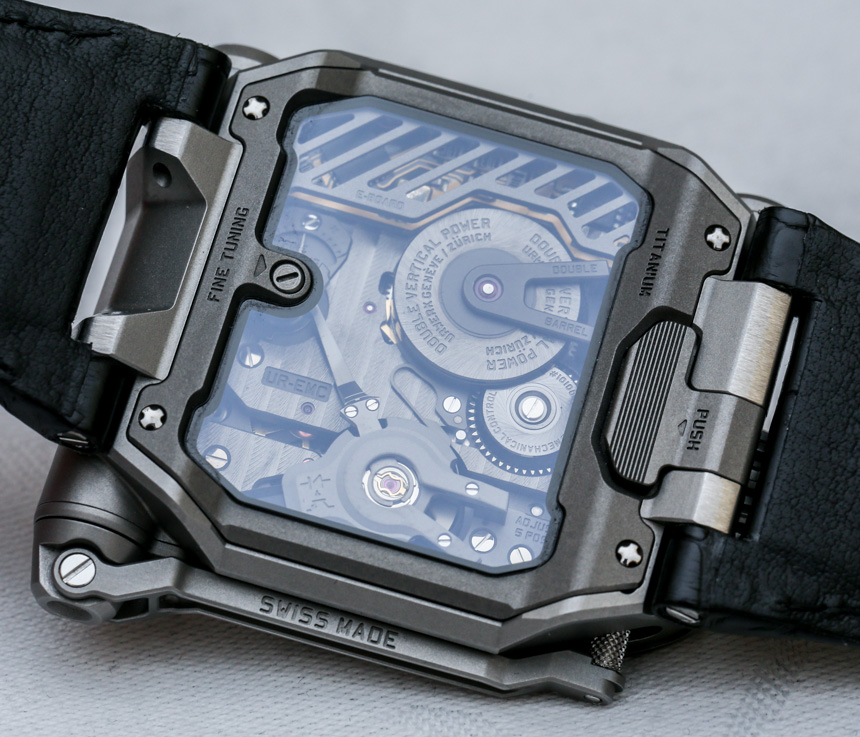 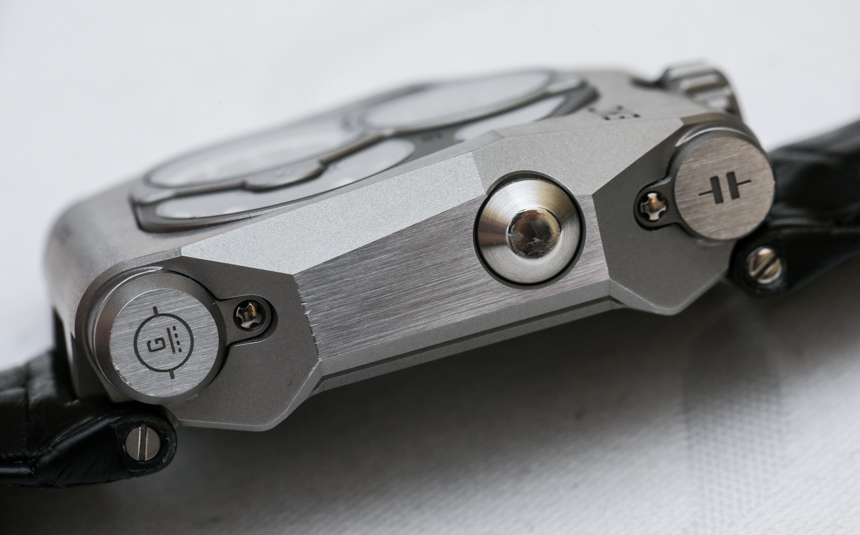 Next Urwerk decided to build in interactivity to the automatic winding mechanism of some of their watches. They would offer two settings for the rotor to spin at (fast or slow), as well as a brake to stop if it you thought the rotor was going to be subjected to shock (like if you are playing golf). One can argue how useful the system was as you needed to take off the watch to adjust it. So if you are going to use a jackhammer, it is probably best to leave the watch off. Nevertheless, it was a way to interact more with the operation of their timepiece.

Next came a “winding efficiency indicator” that more or less told you how much power your motion is sending to the movement via the automatic winding mechanism. When the indicator was in the red you needed to get off your ass and move your wrist around more. If the indicator was too much in the green then maybe you should slow down the rotor a bit. Again, something of arguable utility, but certainly an extra piece of information on your watch to pay attention to that offers meaningful information about your wearing experience. Anyhow, so all of that led up to the EMC (aka Electro Mechanical Control) watch.