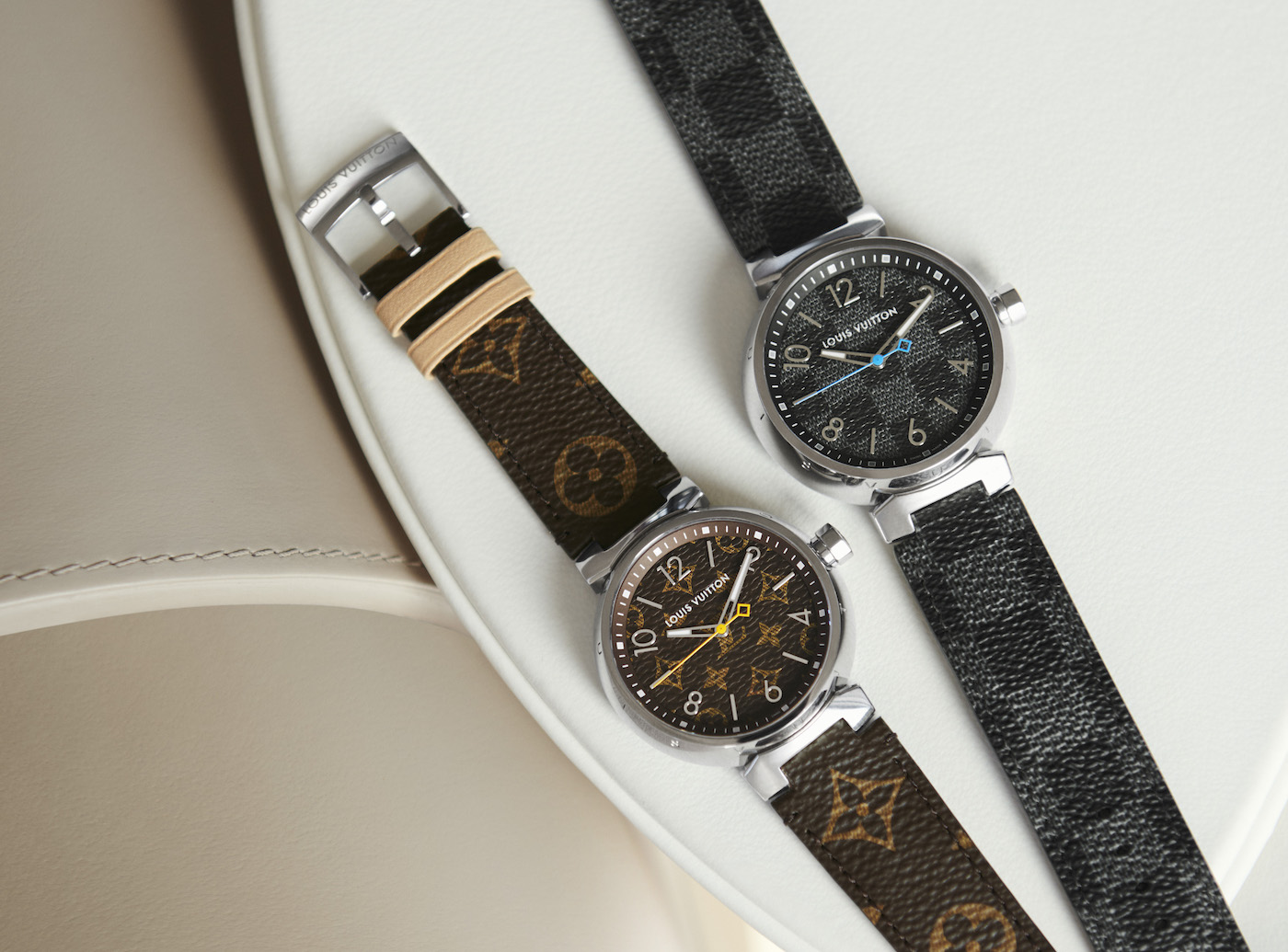 In watchmaking, a brand’s horological provenance counts for something. That’s probably because it can’t be effectively synthesized. Entering the world of watches as a fashion brand in 2019 would likely be a bad idea because of what has become a highly skeptical marketplace. Fortunately, Louis Vuitton is a relatively old hand at this game, having launched its first collection 17 years ago, in 2002. The first Louis Vuitton Tambour launched the famous fashion house as a watchmaker, and the brand has since gone on to release many subsequent iterations of its most classic model, as well as its fair share of more complicated (and often more stylistically divisive) watches. The latest series is called the Louis Vuitton Tambour Icons Collection and features many of the brands most recognizable calling cards. 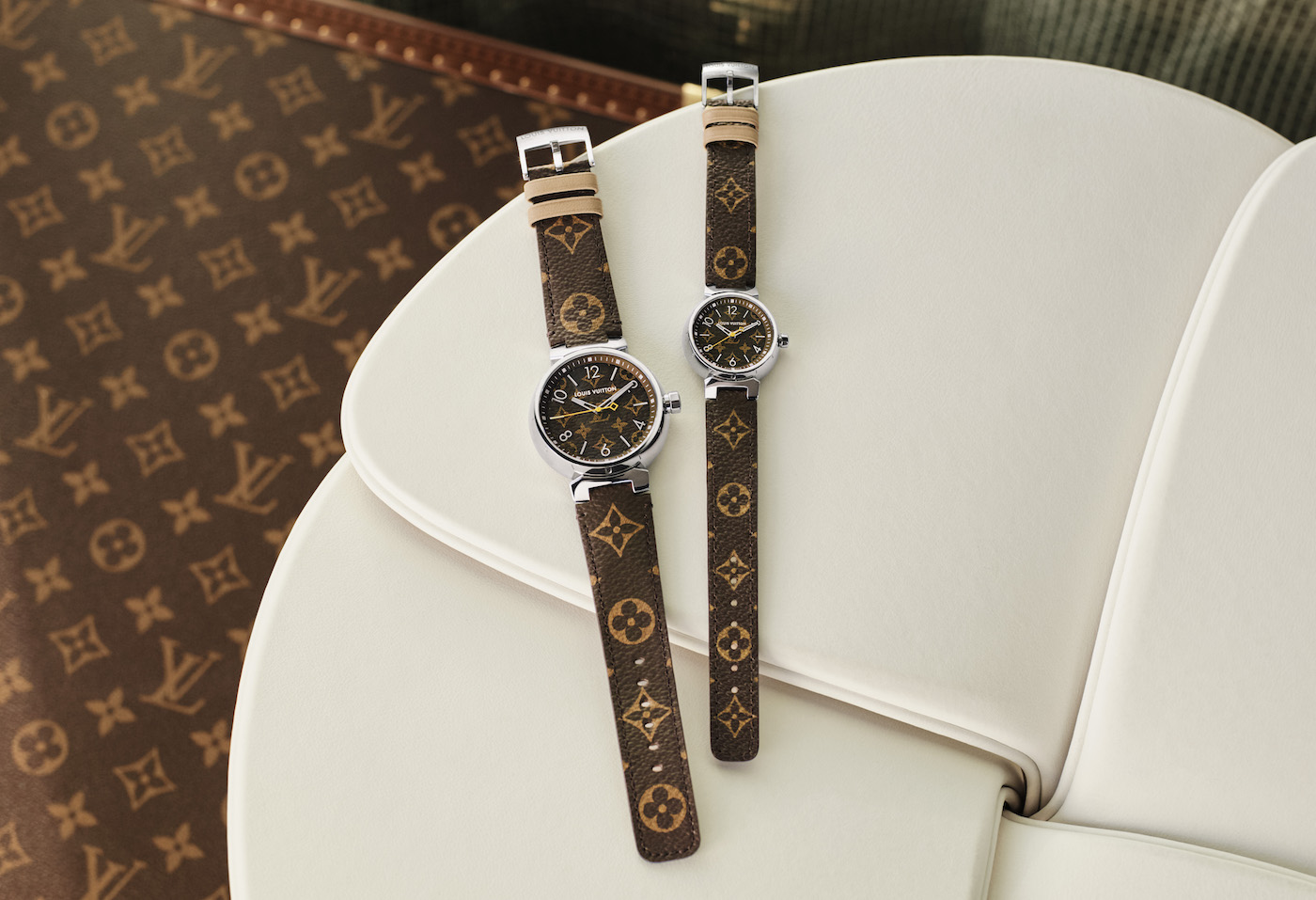 The key aesthetic elements of the Louis Vuitton Tambour series are quickly noticeable. The 12 letters that make up the brand name are prominently engraved around the lip of the case, marking each hour. The case itself lacks a traditional bezel and instead sees the gently curved case flanks suddenly give way to a narrow, angled lip from which the slightly domed sapphire crystal extends. 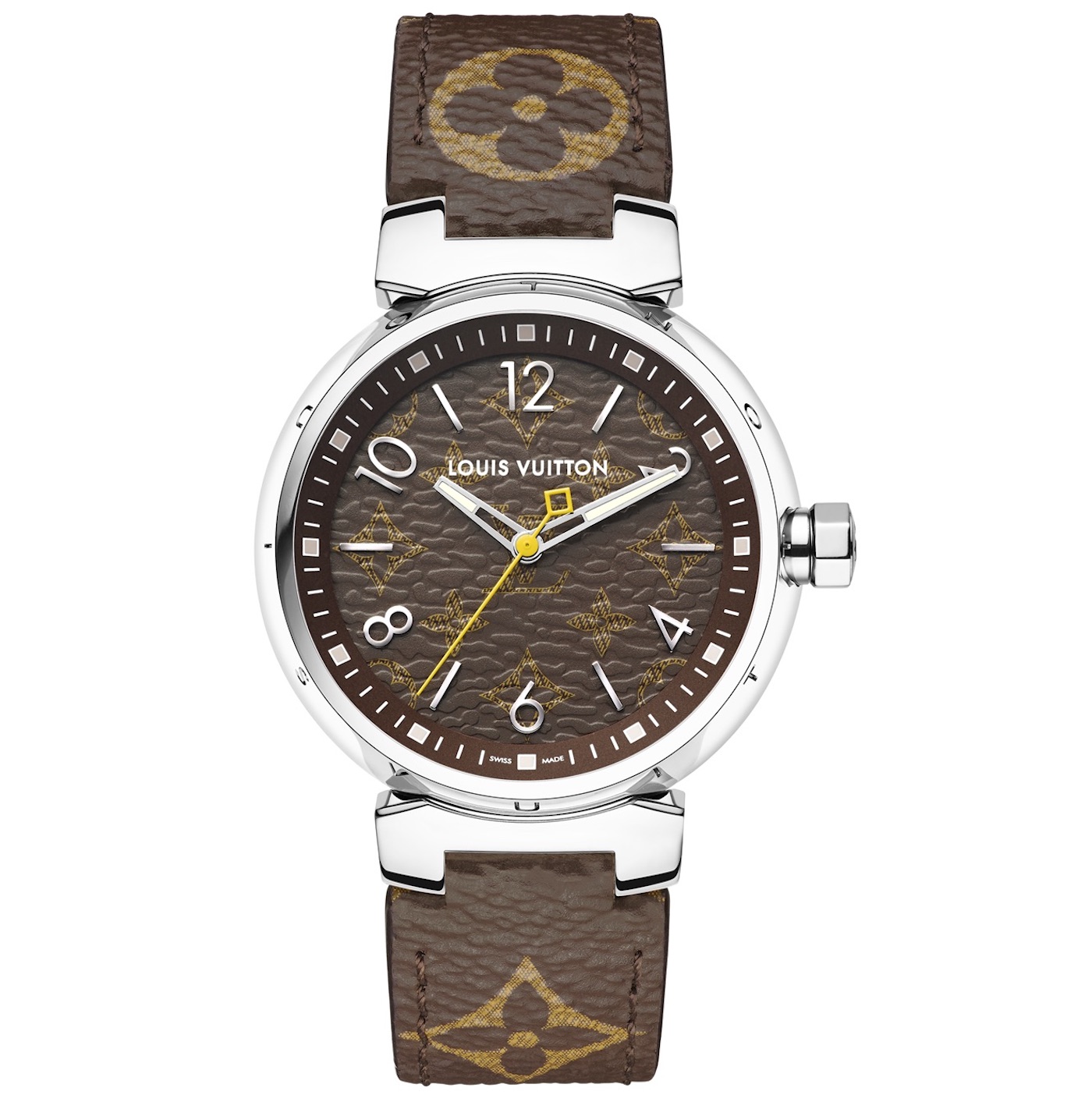 The very first dials were, as three of the four new releases are, colored brown in Louis Vuitton’s traditional shades. The famous monogram featured prominently then, as it does now, and the yellow of the seconds hand, too, has been retained on the brown versions of this new update. There have been many, many different types of Tambour watches, ranging from quartz-powered, to automatic, to highly complicated and visually impressive timepieces like the recently reviewed Louis Vuitton Tambour Spin Time watch. This collection takes a calm and measured approach, providing us with options that are certainly more staples than showstoppers. 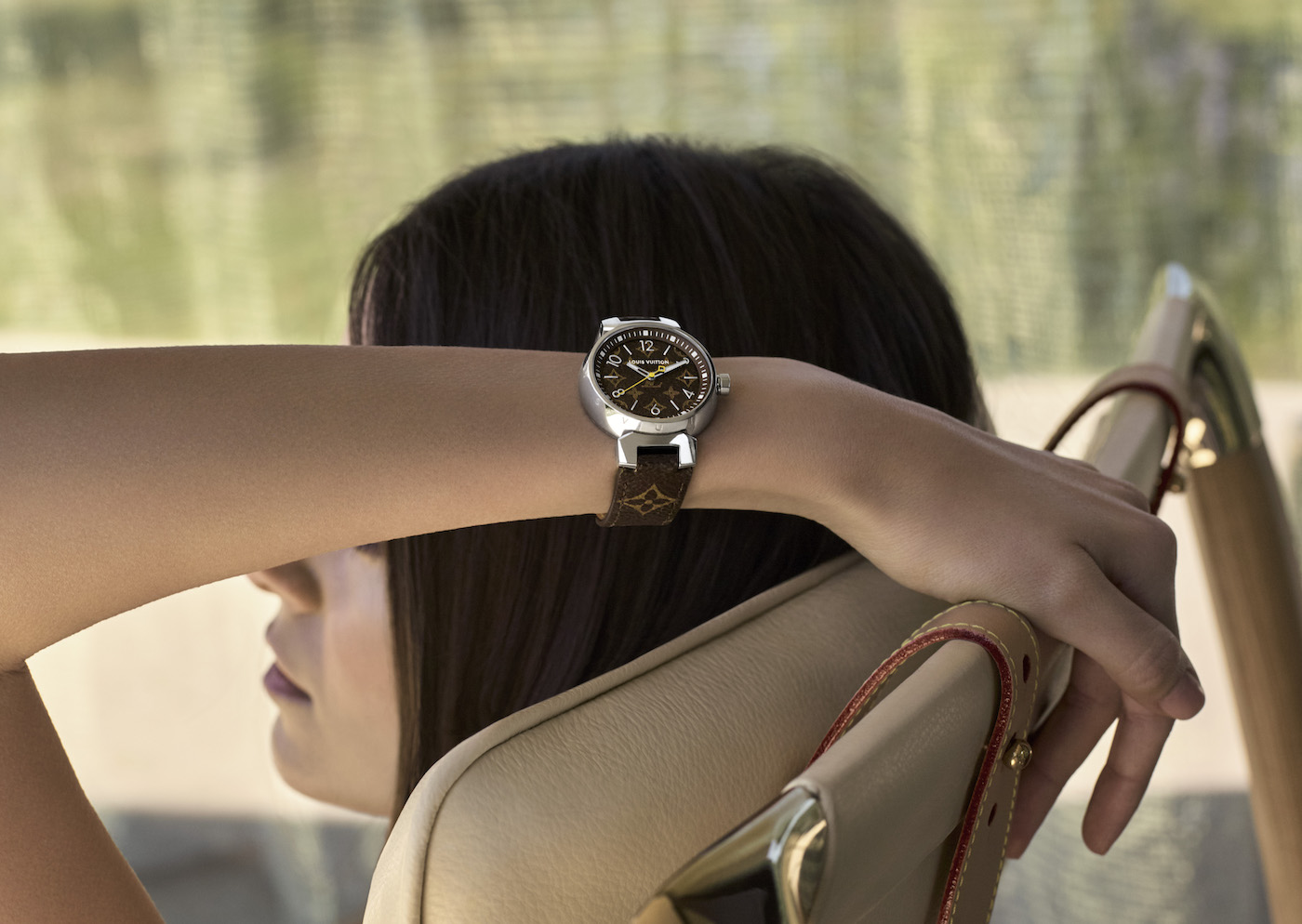 This new collection boasts four references and two distinct colorways. The classic brown/brown with yellow seconds hand — dubbed the Tambour Monogram — is present in three polished stainless steel cases in either 28, 34, or 39.5mm. If you want a case over 40mm you are, unfortunately, restricted to the black/gray color scheme with a bright blue seconds hand. That model, named the Tambour Damier Graphite watch, measures a robust 41.5mm and, in my opinion, really gives the bold case design room to come into its own. Pleasingly, all four cases are water resistant to 100 meters. 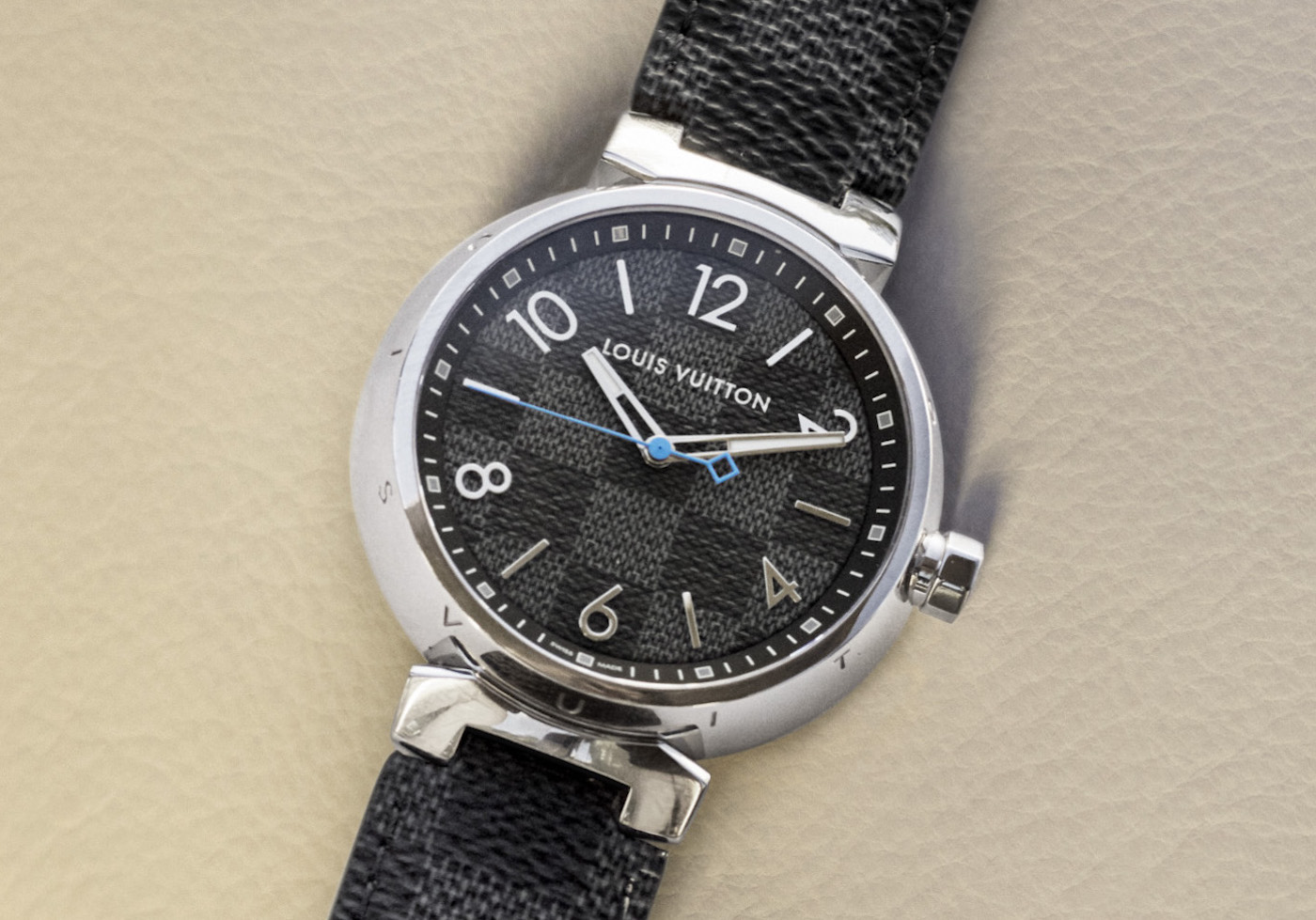 As is often the case for more fashion-oriented watches, the movement in all four pieces is quartz. Although I can well understand the appeal of these watches from a purely aesthetic standpoint, I do think it is a shame not to power them with at least a Swiss-made tractor caliber. Given the absence of precious metals or gemstones, the price could certainly accommodate a mechanical core. 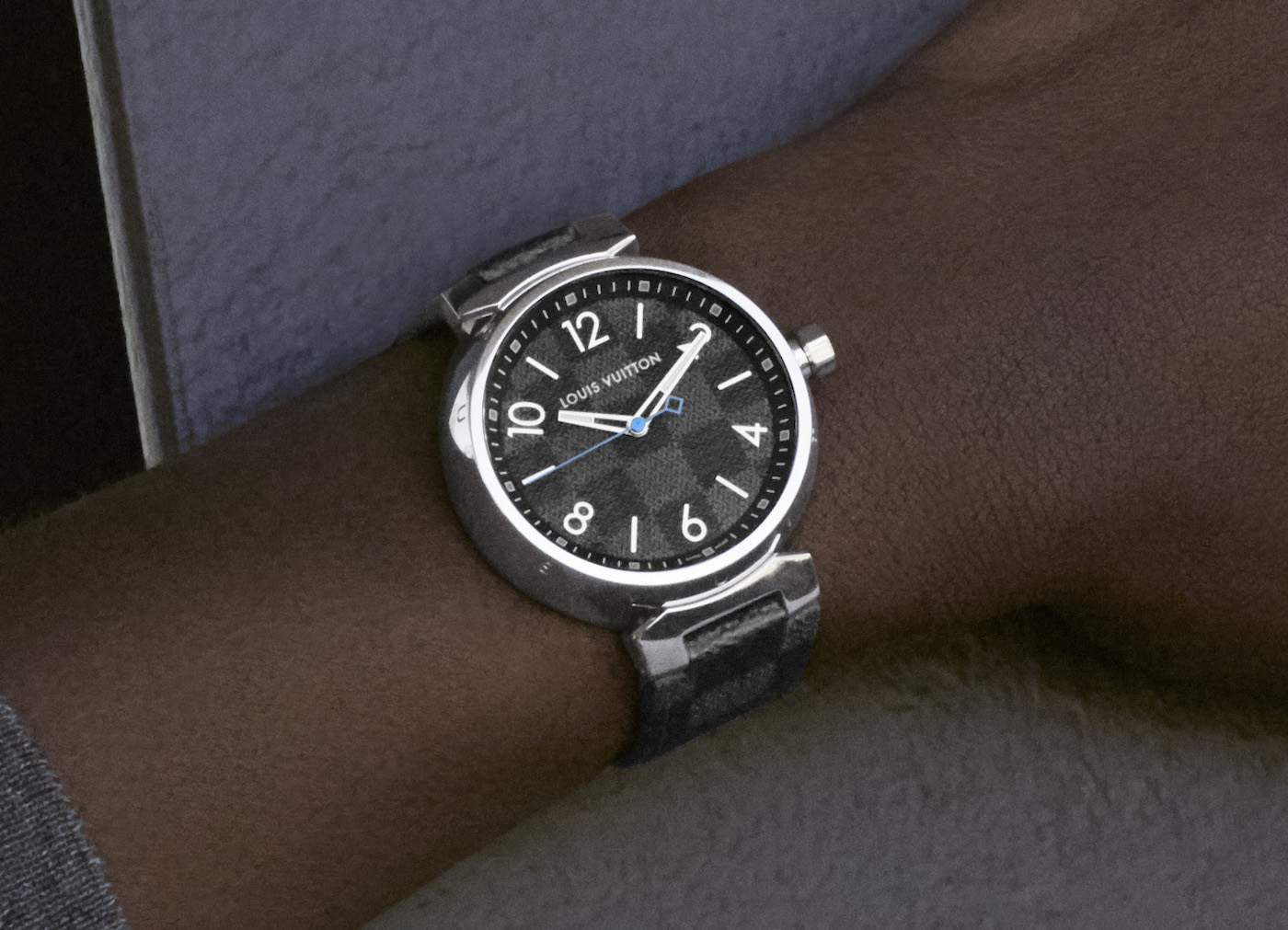 The most innovative thing about these watches would be the patented strap system that does not require the use of tools. We’ve seen lots of brands explore this avenue in the past few years, feeding into the perceived (often accurately so) customer craving for personal customization. In conclusion, this is not a release that has changed anything radically about what Louis Vuitton brings to the table, but it does give us a fresh, current model that seems very much to be the result of almost two decades in the industry. Louis Vuitton has found its lane, and has, by the looks of these new Tambour Icons, mastered staying within the white lines. Approximate price range will be $2,690-$3,200. Learn more at louisvuitton.com.