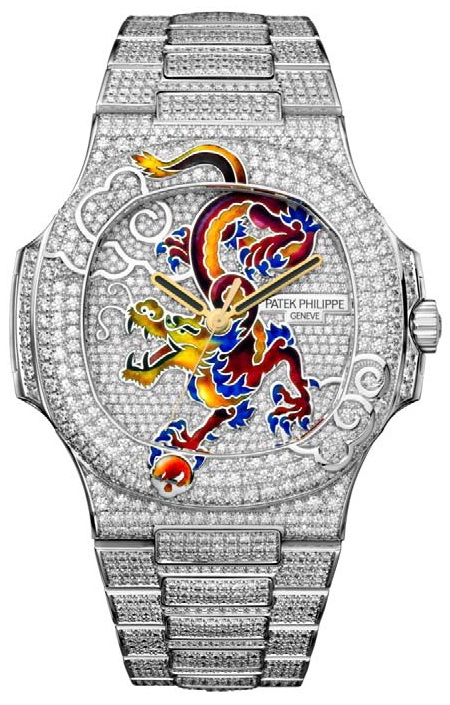 While I would not tend to be a person who checks off “full pave” or “dragon dial” on the list of things I like in watches for my self, this diamond studded version of the Patek Philippe Nautilus with an engraved enamel dragon dial is really beautiful. They call is the reference 5720/1 “Dragon” in white gold, and it is part of a collection of limited edition and piece unique models Patek Philippe has released for their new place of business in Shanghai. It isn’t just a boutique, it is a “house” (maison).

Patek Philippe did have an existing boutique in Shanghai but closed it in favor of a new palace which celebrates the brand and is called the Maison Patek Philippe. The brand spent about a year restoring a building originally build in 1849 in Shanghai’s Bund district that the government started to rebuild in 2004. It was considered an historic monument, but somehow Patek Philippe acquired it in 2010.

The new Maison Patek Philippe (click to see video and pictures via Patek) is huge with 1,227 square meters of space. That is far more room than anyone would need to show off just Patek Philippe timepieces. The Maison includes a couple of exhibition halls, a lounge, offices, multiple product showrooms, a pretty nice bar, and more. It looks pretty amazing actually. In a video on Patek’s website Thierry Stern basically says “this is our most important market right now, and we needed to have a space that reflected that as well as impressed the customers.” He adds that it needed to be really “wow,” because that is what the consumer expects from the brand give how much they value the brand. It goes without saying that the Maison Patek Philippe has the largest selection of Patek Philippe watches in all of Asia. 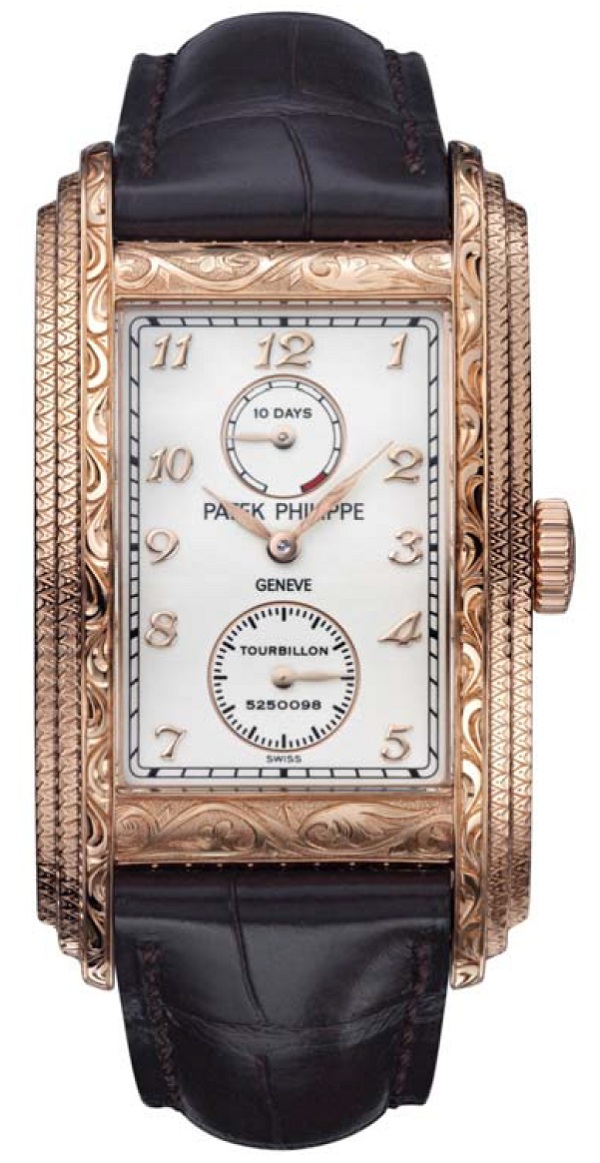 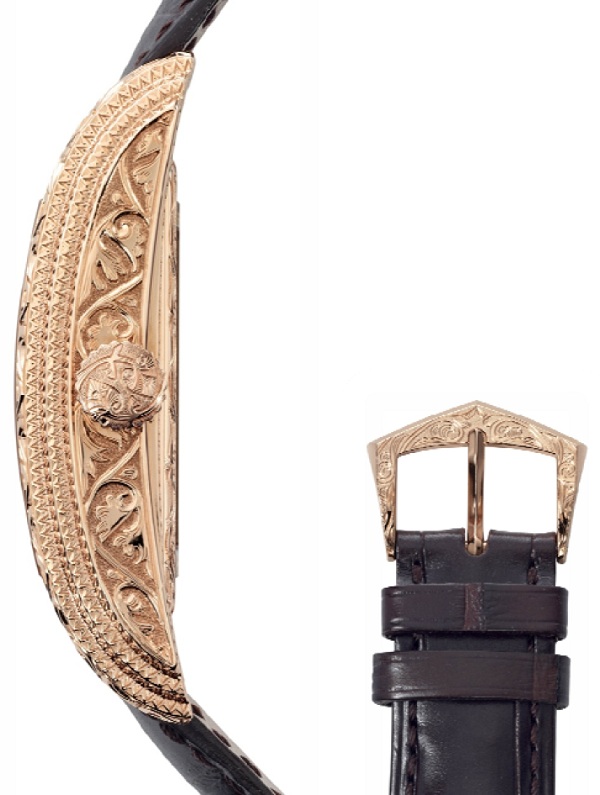 In addition to the Maison Patek Philippe, the brand built a secondary structure near the Maison which is the new Asian service center for Patek. That is where watches will be repaired and serviced in another 1000 square meter space. Patek Philippe has been on a little trend of recreating the service center in Switzerland first in the US in New York, and now in China. It makes a lot of sense because sending watches back to Switzerland for service is both expensive and time consuming. In an interview I did with Mr. Stern he mentioned how customers today expect a fast turnaround time when it comes to service. While a Patek Philippe watch will never be a quick turn around item, having more local service centers in the brand’s largest markets should significantly speed up after-sales service needs.

Going back to the Maison Patek Philippe… the brand has released a number of really special timepieces for the occasion that celebrate the Shanghai market. Patek seemed to have a specific intent to create culturally themed pieces for Chinese watch lovers. As such there is a spectacular array of both watches, dome desk clocks, and pocket watches that are either highly limited or absolutely piece uniques. The second watch shown here under the Nautilus Dragon is a limited edition Patek Philippe 5101/100 10 Day Tourbillon in a totally hand-engraved 18k white or rose gold case. This is a return to very traditional aesthetics which are valued in the Chinese market. The ref 5101 is a unique high-end Patek Philippe because it does not display the tourbillon on the dial – but merely makes reference to it. Over 100 hours of hand Arabesque-style engraving goes into each of the pieces which has an engraved case and even ardillon buckle. 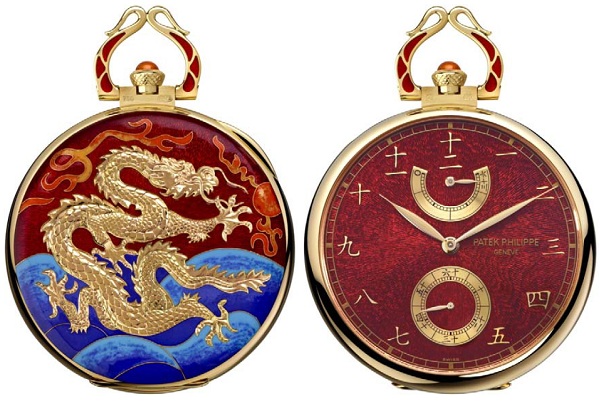 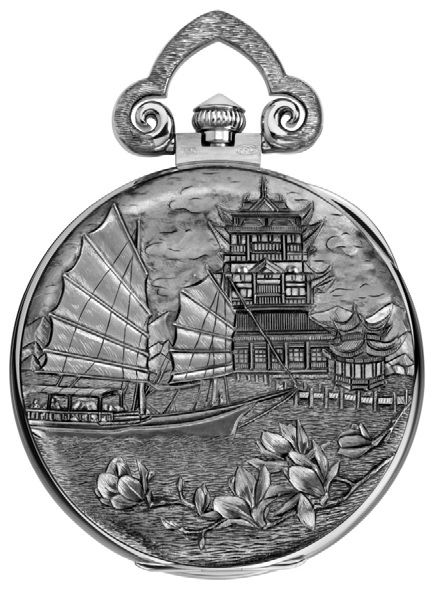 The limited edition pocket watches are also interesting. Each of the ref. 982 style pocket watches contains Patek Philippe’s caliber 1-17 LEP PS IRM manually would movement with a power reserve indicator on the dial. You don’t see these too often and there are a slew of them at the Maison Patek Philippe. Each of the pocket watches is done in Chinese style with both language and architectural cues (such as the design of the ring over the crown). The dials feature Chinese character numerals as well beautifully hand-painted and engraved dials and casebacks.

Patek Philippe was likely careful to only produce “art” style limited edition products for the boutique. While there is a limited edition (of 50 pieces) commemorative version of the popular ref 5130G-017 World Time watch, the majority of models are less about Patek Philippe’s core collection, and more about offering the Shanghai market beautiful products from what they consider to be the top watch brand. Patek Philippe likely wants to ensure that its most complicated watches are “global” products which have universal appeal. These watches use the talents and cache of the powerful Swiss brand to create something special for the word’s current most important market for high-end watches. 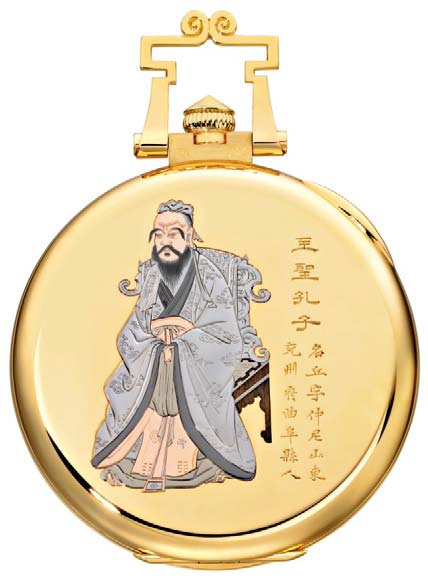 The Maison Patek Philippe is really an impressive “house” fit for the king of high-end timepieces. I’d really like to visit it sometime. Do find the link above and click over to see more about it via Patek Philippe’s website. Those in China now have a Patek Philippe superstore to call their own, as well as the convenience of even better local service, product availability, and brand representation in and around Shanghai.