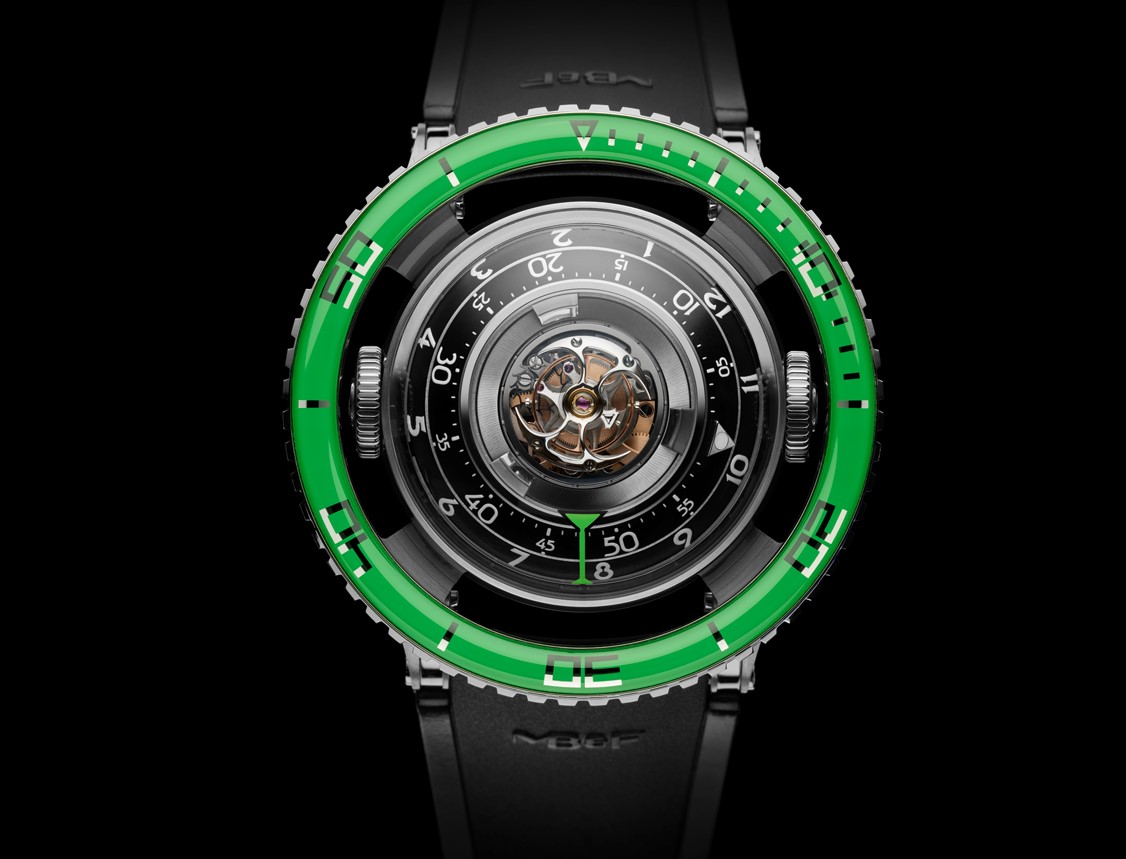 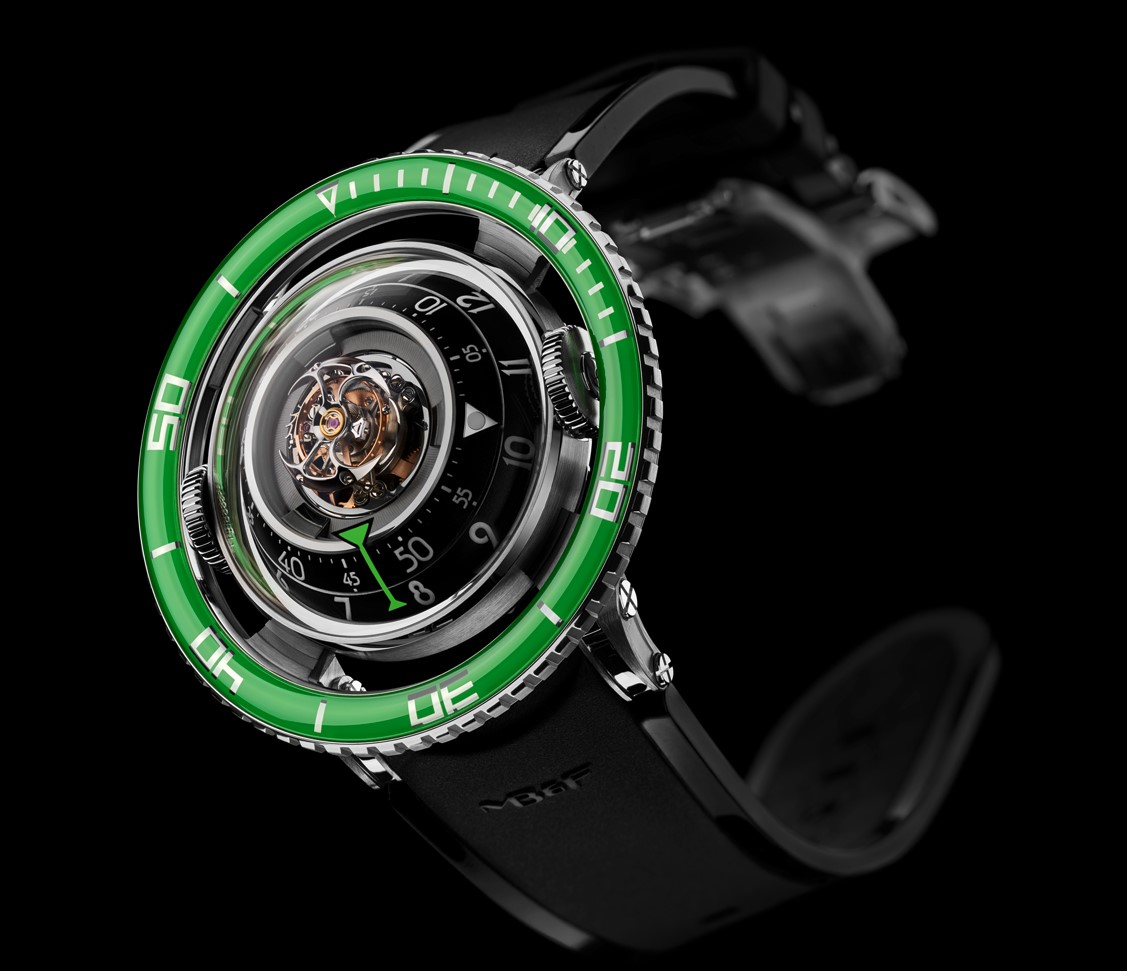 Launched at SIHH 2017, the Horological Machine No. 7 (HM7) ‘Aquapod’ was inspired by the jellyfish and was MB&F’s first aquatic-themed watch. It was launched in two versions last year. One with a red gold case and black ceramic bezel and another with a titanium case and a blue ceramic bezel. As is the case with all of MB&F’s creations, both versions were made in small numbers. Now, MB&F has introduced a new version in titanium and with a bright green ceramic bezel. This is your first look at the new MB&F HM7 Aquapod Titanium Green. 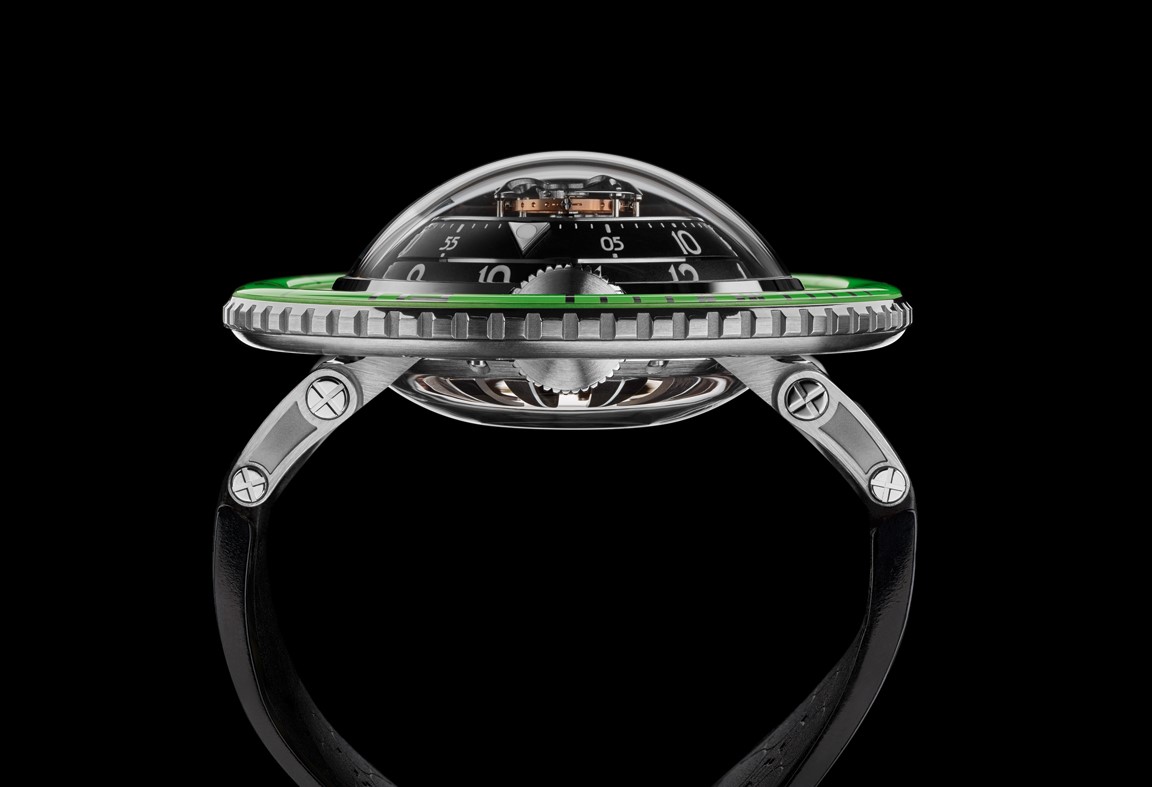 Before you go off running to MB&F and buying this watch thinking that it will be perfect for your next trip to the beach, know that this isn’t an all-out dive watch. It may have a dive bezel, but that’s where the similarities with bona fide dive watches end. Because of its twin crowns, the HM7 Aquapod Titanium Green only has a water resistance of 50m. That’s enough for a casual dip in the pool, but nothing more. 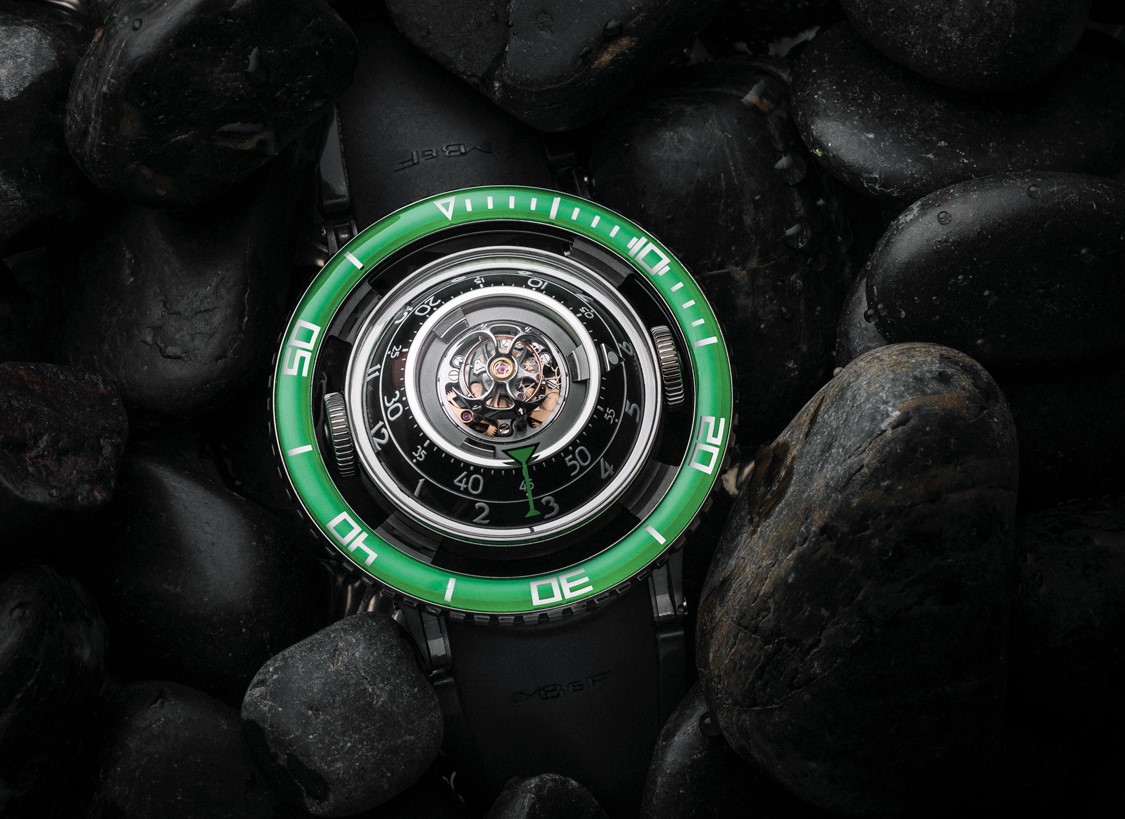 Even though you can’t take the HM7 Aquapod Titanium Green diving, there’s still a lot to like about this watch, particularly this new version, which has a titanium case and green bezel. First off, the case, and overall design of the watch, which is said to have been inspired by the jellyfish, is unchanged. Like all of MB&F’s other creations, the HM7 Aquapod Titanium Green looks unlike any other watch. 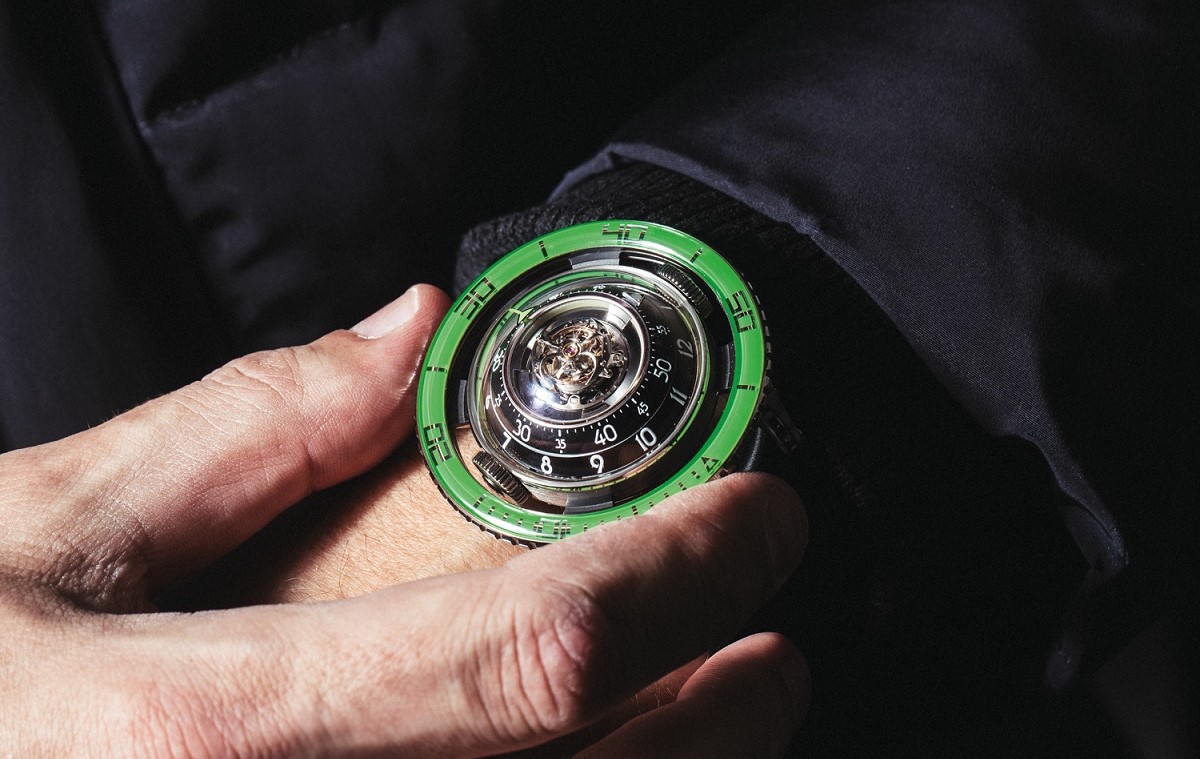 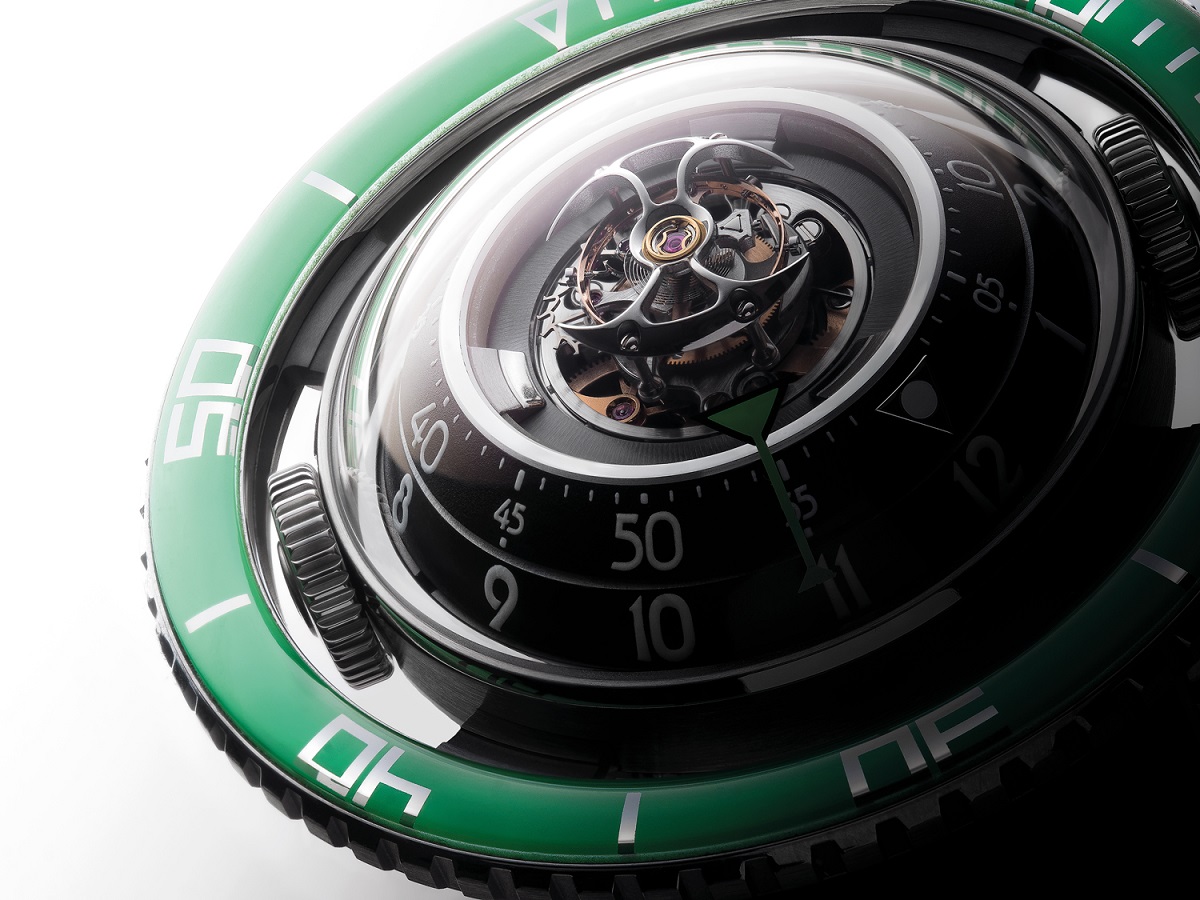 The big change here is the striking green ceramic bezel. Judging from the press photos, it looks like a really vivid and bright shade of green and I can’t help but be reminded of the Rolex Submariner Ref. 116610LV – better known among watch lovers simply as the “Hulk.” 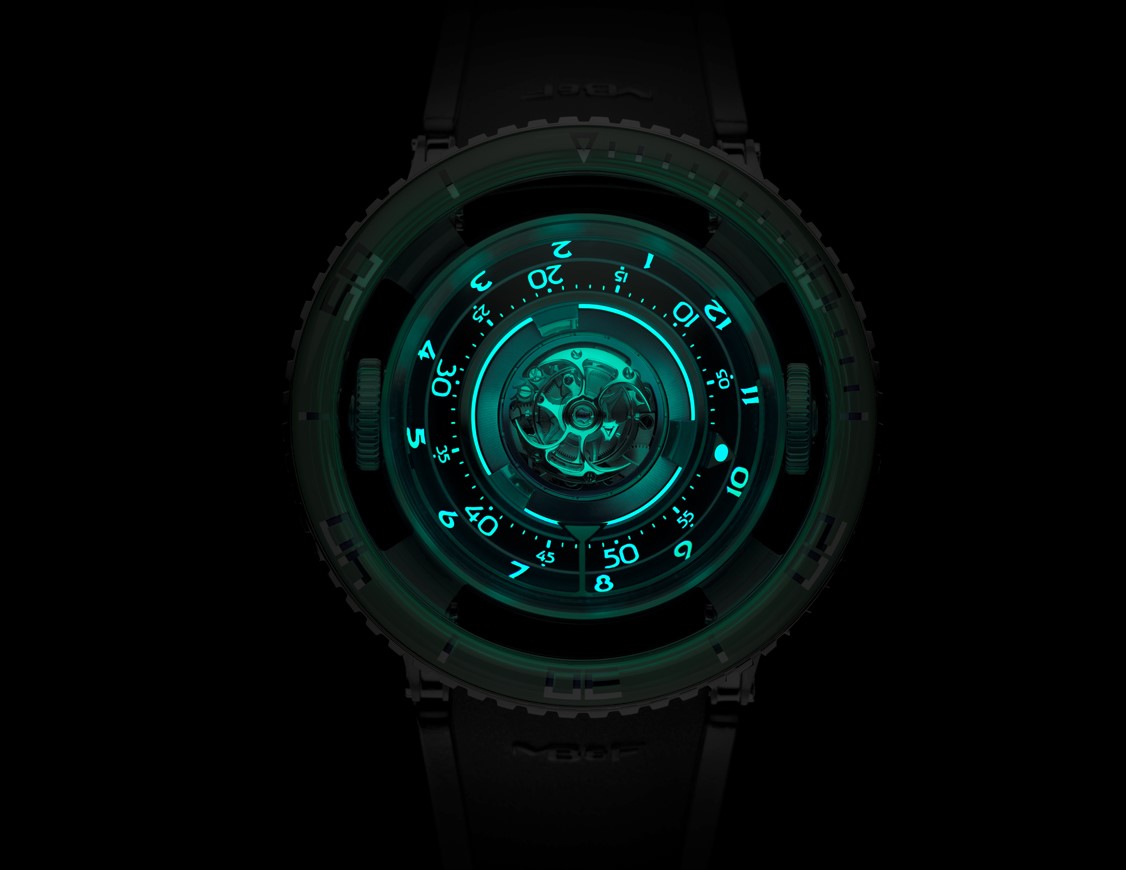 To match the green bezel, the indicator on the heavily domed sapphire crystal, which is used to tell time, is also in a matching shade of green. Speaking of which, time is told using two rotating discs. The upper disc shows the minutes and the lower disc tells the hours. In the center is the flying tourbillon. 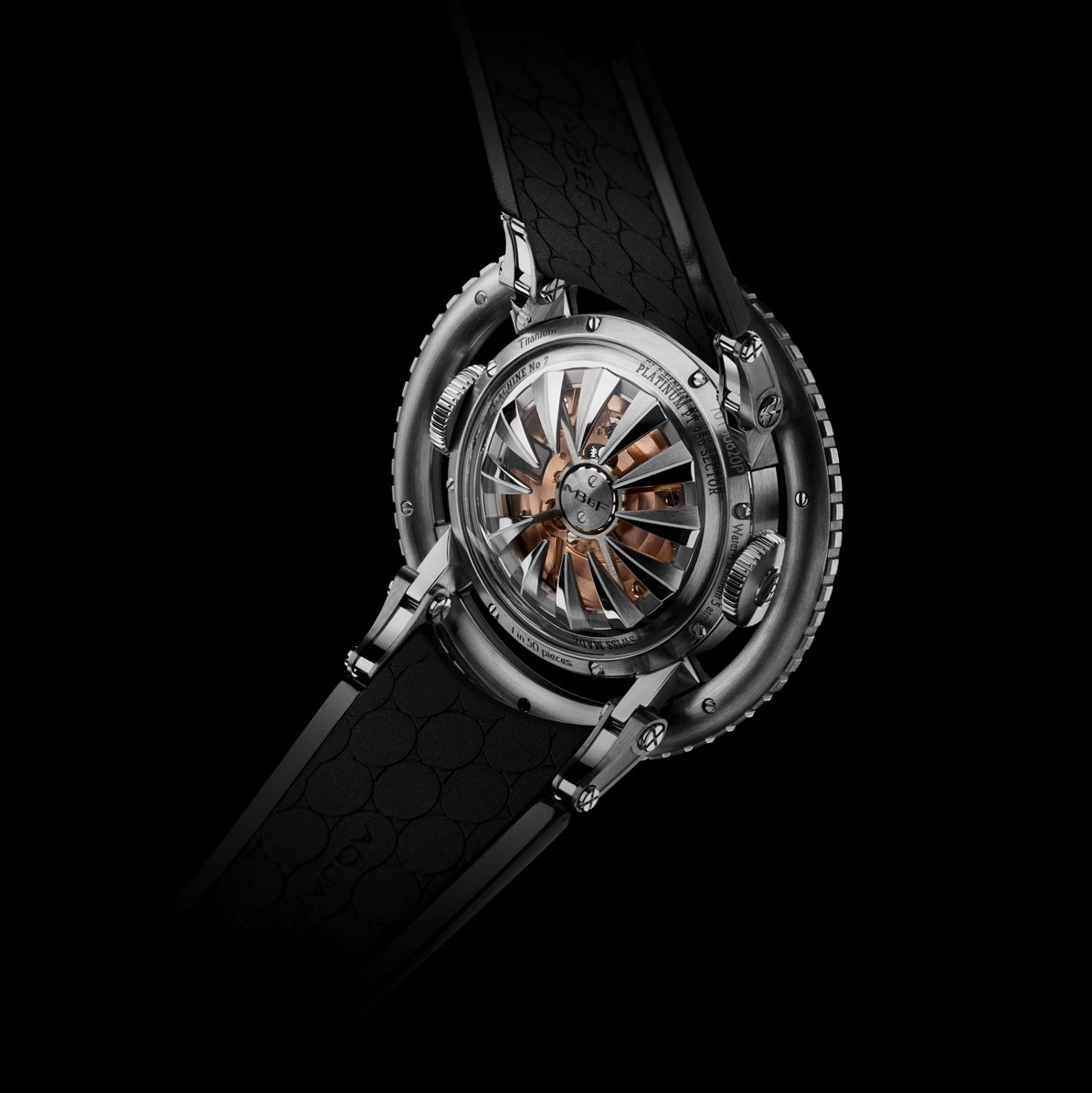 To fulfill the design brief of the HM7, the movement within was specially designed to have a vertical architecture. At the base of the movement, is a tentacle-style rotor made out of titanium and lined with platinum. The weight of the platinum causes the rotor to spin wildly when worn on the wrist. This winds the mainspring and transmits energy upwards to the flying tourbillon regulator at the top of the movement. The movement consists of 303 components, beats at 2.5Hz, and has a power reserve of 72 hours.