Me And My Fallout 3 Pipboy 3000 Replica (Whole) Wrist Watch 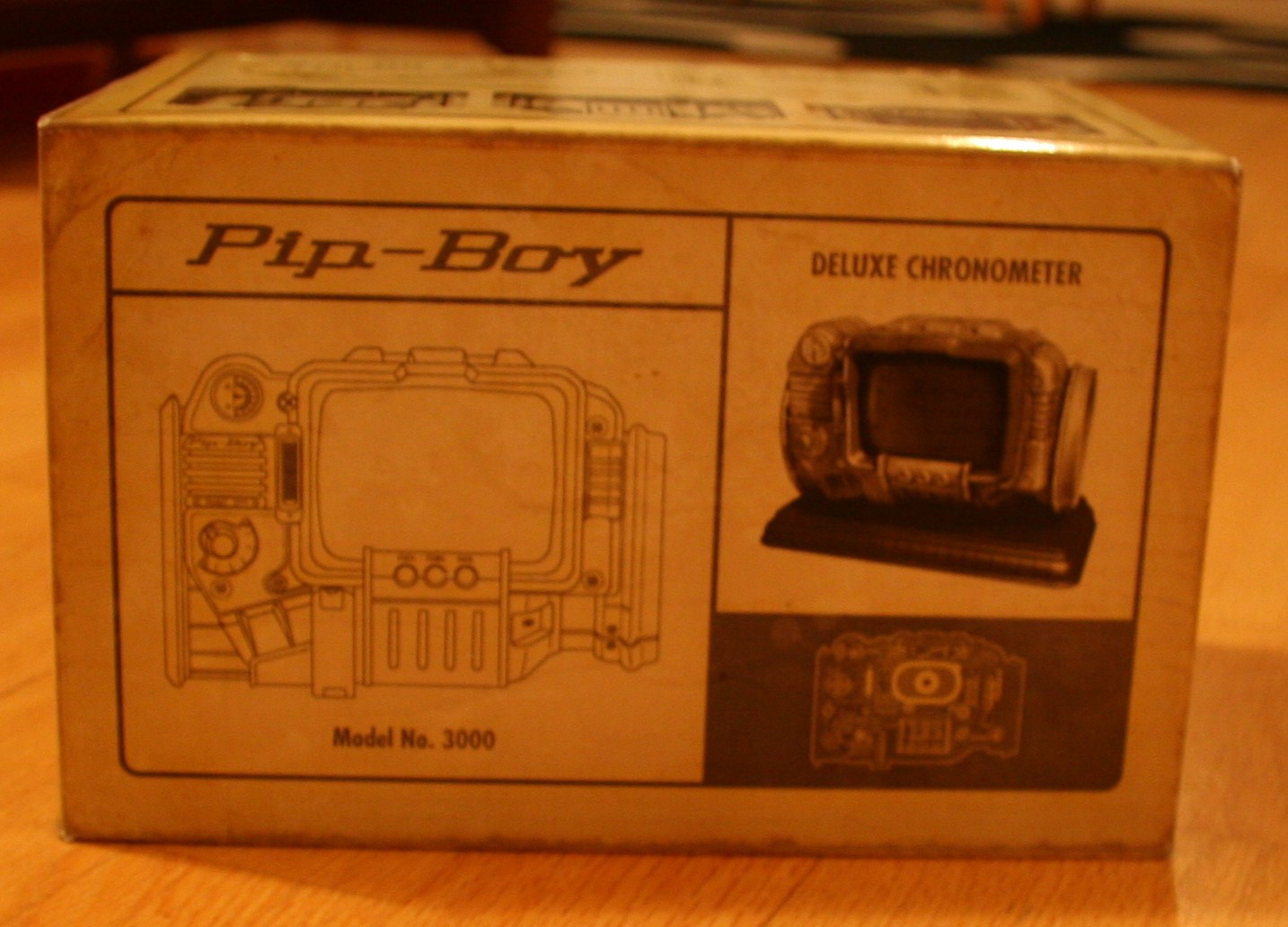 I waited months for this to arrive after pre-ordering it on Amazon.com. The day finally arrived last week, and I have to say that my waking moments are now consumed with this game; the first I have feverishly played in literally years. So as a corollary, I highly recommend playing Fallout 3.

Amazon.com offered the Fallout 3 Survival Edition. Which was one of three editions available (standard, collectors, and survival). The limited edition survival edition was the only that came with this fancy Pipboy 3000 replica. The Pipboy 3000 is part of the core mechanics of the game, which is worn on the character’s wrist in the game. You spend a lot of time staring at the Pipboy 3000 and now I can spend, well a little bit less time staring at my own. The Pipboy 3000 replica features a large alarm clock style clock. It is actually more practical as a clock, thus coming with a stand to keep it upright being able to be used as a clock. The entire  device is plastic with a weathered greenish gray tone to it. It is a nice look given plastic nature of the item.

The entire  model can open but by a little click-lock so that you can fit your wrist in it. This is really cool, but it doesn’t fit all that well unless you have that perfect combo of stocky, yet long arms. I’d suggest stuffing it with some soft material, maybe foam if you really want to use this as an everyday being. The three little buttons underneath the clock are used to adjust the time, and light up red when pressed. A nice touch. On the upper left hand corner the Pipboy 3000 has a player radiation meter. On the model, the radiation meter has been replaced by a working compass. I guess it wasn’t that simple to insert a Geiger counter.

The clock itself is in green, and has a unique little twist to it. When the time is between 1-11(am or pm) the initial zero stays lit. So 2:30pm, would be shown as 02:30 (with the pm symbol small and in the corner). The box has some cool looking schematics but say “Deluxe Chronometer.” Well us in the watch world know what that means, and this is not exactly a chronometer (officially certified for a particularly high level of accuracy by the COSC).

You can see me happily brandishing my Pipboy 3000 in the images below. It is a fun addition to my otherwise non forearm sized watches, and Iove having it as part of the large fan base of the Fallout series. I am sure there will be some of these popping up on eBay. Check out Fallout 3 if you have the time and want some post0apocolypitc good times.