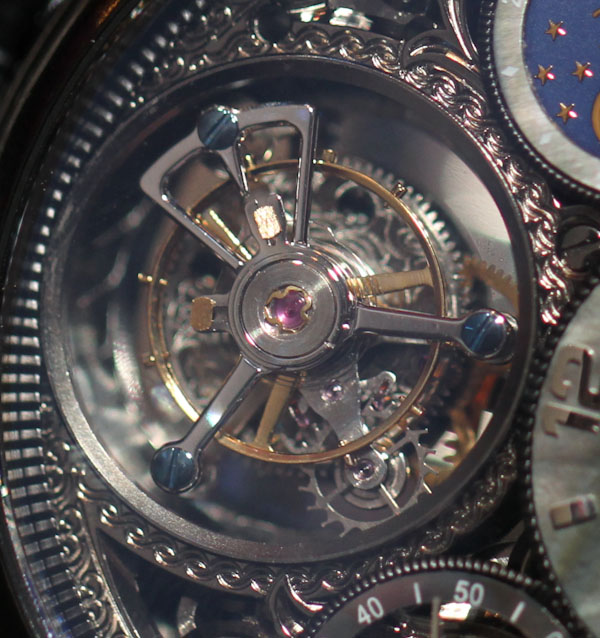 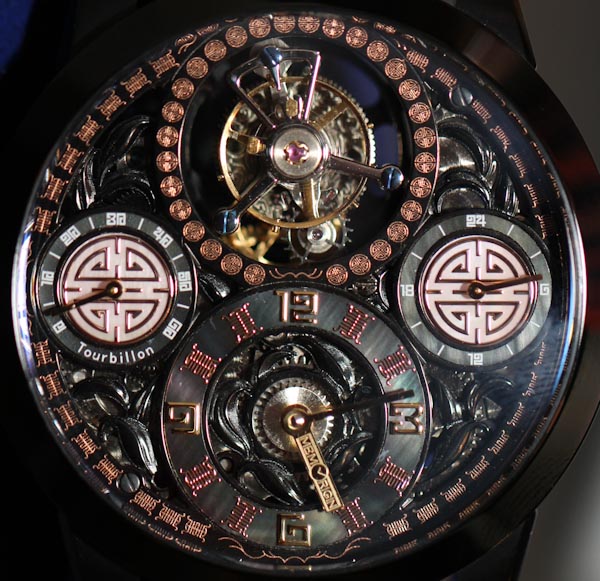 I wonder what you feel about the Chinese watch. When people hear “watch made in China,” what is it that comes to mind? It is likely a combination of both positive and negative things. I think most people think of either inexpensively made mass produced watches, or counterfeit luxury goods. That would be an under-inclusive, yet accurate description of the goods that come out of China.

China makes more than just that, especially today. The “high-end” segment of the Chinese watch industry is beginning to take a more impressive form thanks to volume and confidence. A few years ago I did a review of the Longio Telamon 1000M Diver Tourbillon watch. In discussing that brand over the course of a few articles I praised them for their Chinese character, and I made an overall assertion to the Chinese watch industry of what I thought it needed to do to succeed. My message was clear, “to succeed and grow you need to work with your Chinese character and heritage versus just copying the Swiss.” One of the worst offenders is a brand called Sea-Gull. Widely known for their inexpensive copies of Swiss movements, they also have a range of self-branded timepieces. Many of them are decent looking, but they are still blatant copies of the aesthetic from Patek Philippe and other Swiss brands. The only Chinese character in them is the name on the dial. 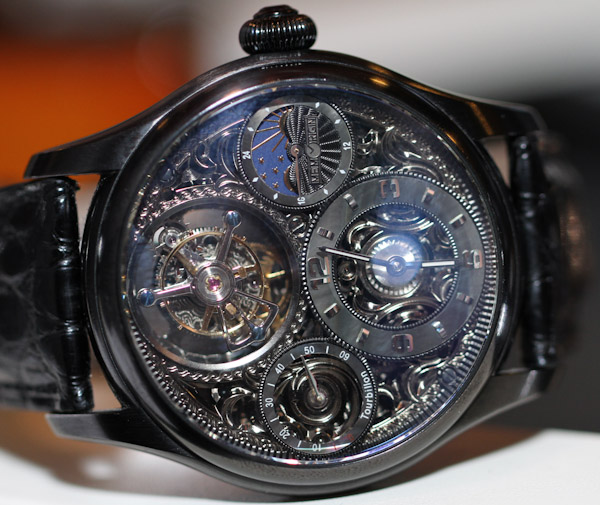 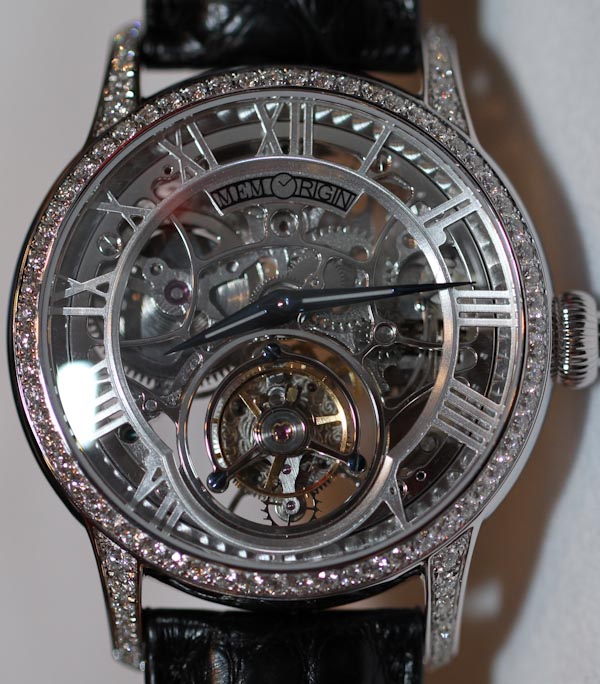 It took a few years but Chinese brands are starting to follow my suggestions, though more than likely I was simply predicting the natural course of what was to happen. The only way to take a Chinese high-end watch seriously is if it is proud to be Chinese. One front runner in this is a new brand called The Chinese Timekeeper. Run by a European, the brand is working to promote a several thousand dollar range of watches which are entirely built in China with Chinese character. Though their prices are still a bit high compared to what you can get for a few thousand bucks.

Look at these pieces from Hong Kong-based Memorigin. These are closer to the high-end of what Chinese watches can offer. The brand produces only tourbillon-based timepieces, and they aren’t half bad. These are sophisticated flying tourbillons with reasonable accuracy and power reserves of about 80 hours between two barrels. In other words, these aren’t your “standard cheap Chinese tourbillons.” 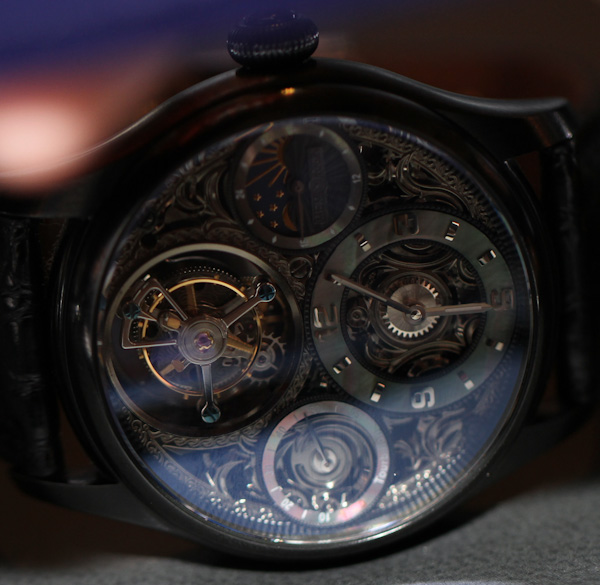 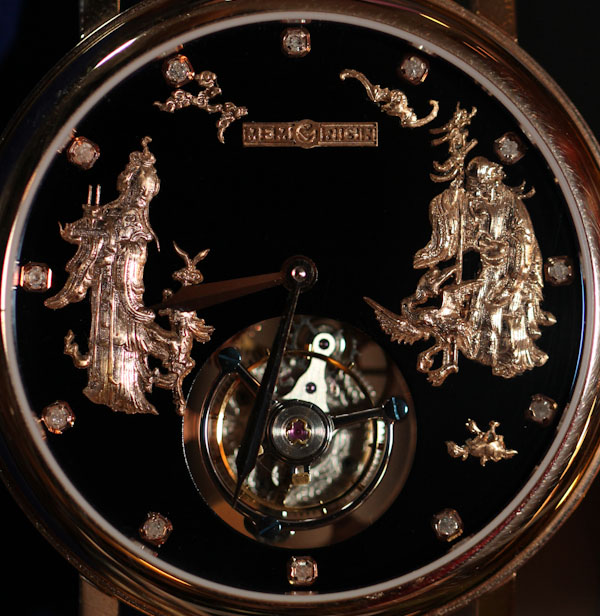 There are a few more interesting details about their movements which is worth knowing about. While Memorigin is based in Hong Kong, their movement factory is based in mainland China. Actually, very few things are actually made in Hong Kong anymore. Their claim to use only Swiss machinery to make their watches, as well as raw materials exclusively purchased from Switzerland and Germany. That might also mean that specialized parts such as hairsprings and balance wheels come from Europe and not China. The tourbillons also operate at 4Hz (28,800 bph) versus the 3Hz of most other Chinese tourbillons. Last, the tourbillons are flying tourbillons (no top bridge), and they are centrally mounted over the movement. This increases the stability of the tourbillon assembly. If you look at some other Chinese tourbillons you will notice the axis point of the tourbillon is not right in the center under the assembly. These are small, but important details.

Visually, Chinese tourbillons aren’t quite there yet with Swiss variants in terms of finishing quality or beauty. However, they are getting better. The normal customer probably couldn’t tell. I can, but I am hardly the normal customer (as I need to keep reminding myself). The question for the market is simple. Is perfect polish and craftsmanship worth many thousands of percent more in price? For the world’s top connoisseurs it is, and I don’t blame them. However, good quality Chinese tourbillon brands like Memorigin have democratized the tourbillon to the extent that it is an achievable luxury opposed to something most people could never fathom to afford. That is an important point for an industry long marked by catering to the elite while marketing to the masses. 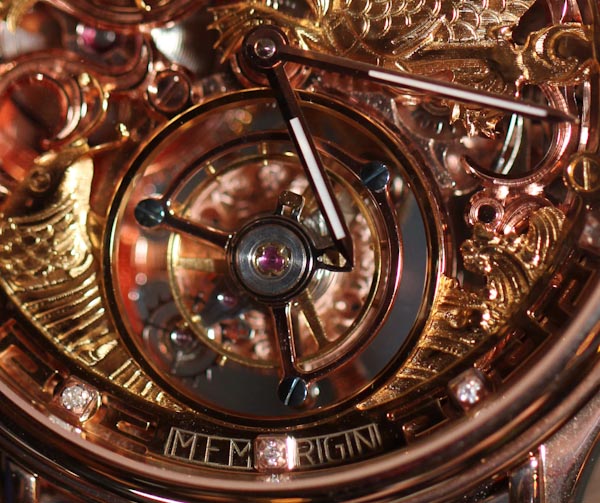 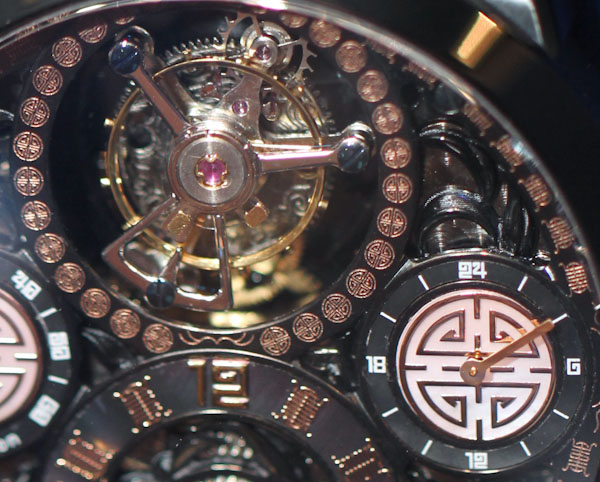 Watches pictures in this article include models such as the Memorigin Tourbillon Starlit Legend, Tourbillon Zodiac Dragon Gold, Tourbillon Antique Watch, and a special Tourbillon model designed in collaboration with famous Hong Kong graphic designer Kan Tai Keung. They also have a model done in collaboration with the Bruce Lee club. Lots of models seem to include engraved gold figurines. What the watches do right is include a lot of Chinese character and design cues. Accessing this Chinese history and traditional symbolism, we see what form a Chinese luxury watch can take. China no doubt has centuries of history and achievements to sort through. Luxury brands interested in promoting these concepts have a wealth of material and it is just a matter of time until we start to see this being sold outside of Asia. As it is right now, Chinese antiques are extremely popular among the growing middle and of course very rich classes in China.

As stated, what I like most about Memorigin is their decent movements and confidence to create resolutely proud Chinese pieces. Memorigin also does some good looking engraving and decorative work on their movements. Even on their most simple models the plate under the tourbillon is decorated and most all of their movements are thoroughly engraved and skeletonized. It makes the watches feel like a good bang for your buck in terms of features and design. 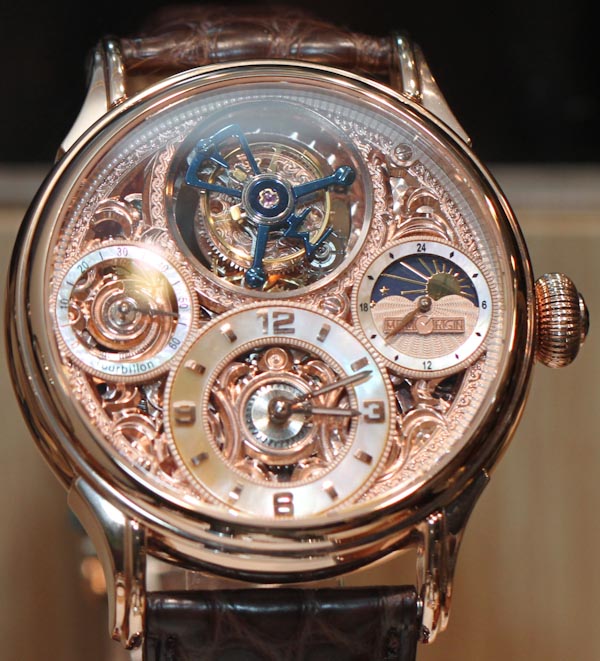 Memorigin of course still has room to improve. The name for one is a title that will sound strange to Western ears until the brands have built up a caché. They also have room to improve their movement layouts and thinking. For instance, many of their watch dials feature sun/moon day/night indicators. These are very simple and are basically AM/PM indicators. They are often a hallmark of a cheaper watch because for years we have associated them with “budget moon phase indicators” on crap watches. It would be in Memorigin’s best interest to remove them and simplify the dials. Plus, some of the models have synchronized 24 hour hands over the day/night indicators… which are yes, redundant. Some of Memorigin’s best models are time and tourbillon only with richly engraved or otherwise simple dials. Aside from some very high-end pieces in gold that are covered with diamonds, most Memorigin timepieces are reasonably priced for what you get. Average Memorigin Tourbillon prices range from $2,500 – $5,000.