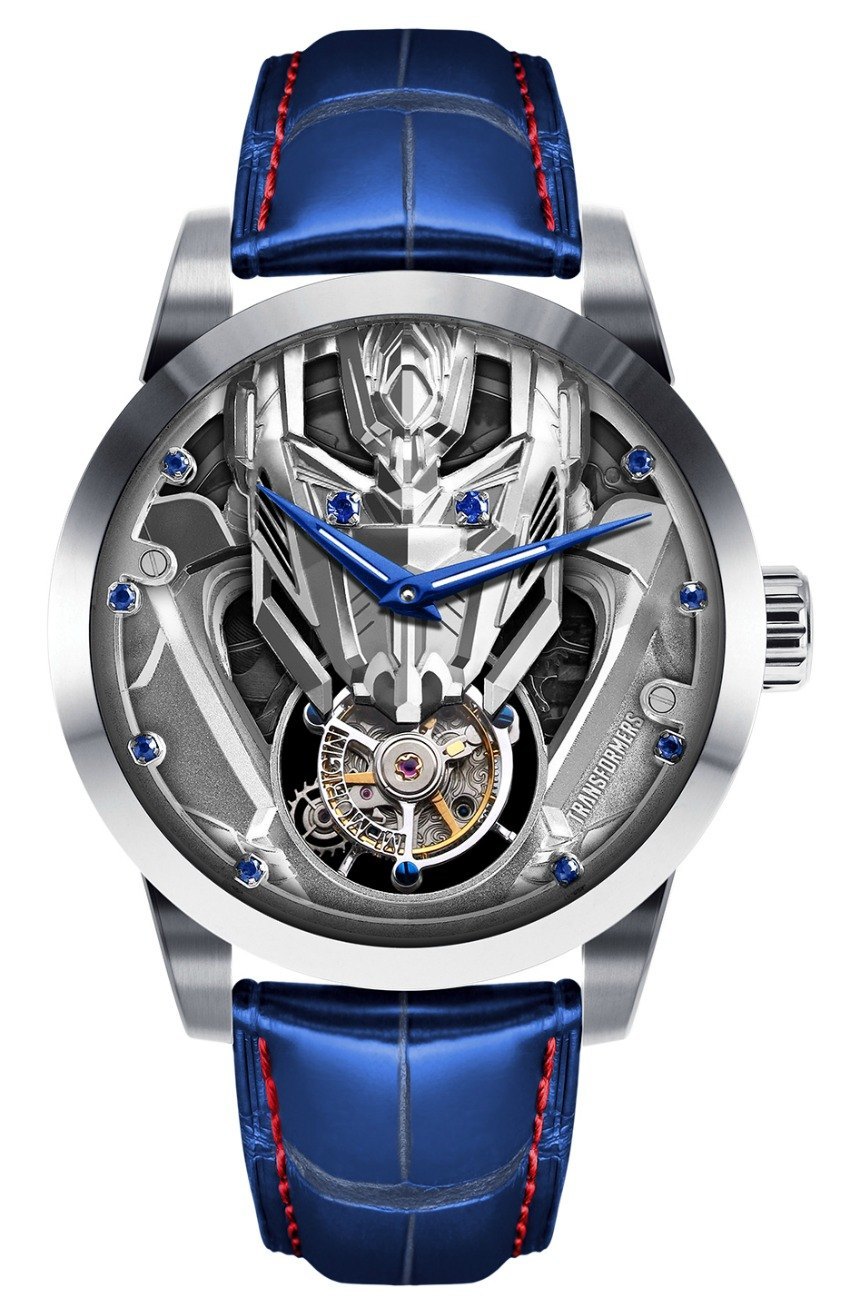 Memorigin is a Hong Kong-based watchmaker which exists as part of the emerging “high-end Chinese watch” category that aBlogtoWatch has been covering for the last two years or so. While China is ground zero for the world’s inexpensive watches, they have a growing “high-end” timepieces segment as well. Most of these more interesting Chinese mechanical watches are made by China for China, some of them are slowly seeing their way to other parts of Asia, Europe, and the United States. 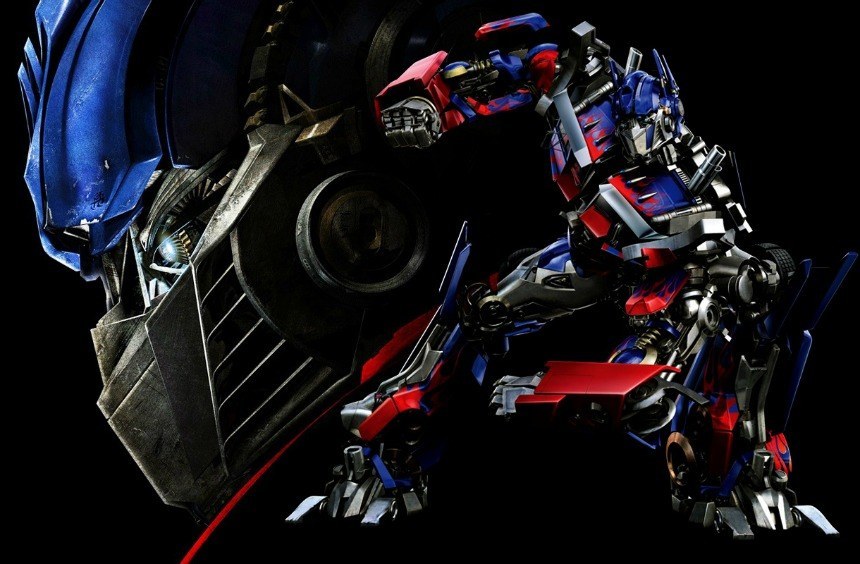 With the visage of Transformer Optimus Prime or Bumblebee on the dial, it is arguably easy to scoff at the themes presented here which are then combined with a tourbillon. Then again, these aren’t $100,000 watches or anything close to that. No, and brands like Memorigin are making products aimed at aging Generation Y and Millennials who are either finally making disposable income or have some family money to spend and want products that comment on the things that inspire them. It might be silly to see Batman or other comic book and movie characters on a watch dial… but is it any more silly in concept than watches inspired by someone’s racing, flying, or diving fantasies?

Watches, after all, are to a large degree wearable art, and we often choose to surround ourselves with art inspired by that which shaped who we are during formative periods in our life. So for people who grew up with Transformers and find it funny or cool to see them still so popular in media today, the Memorigin Transformers Tourbillon collection isn’t all that weird. 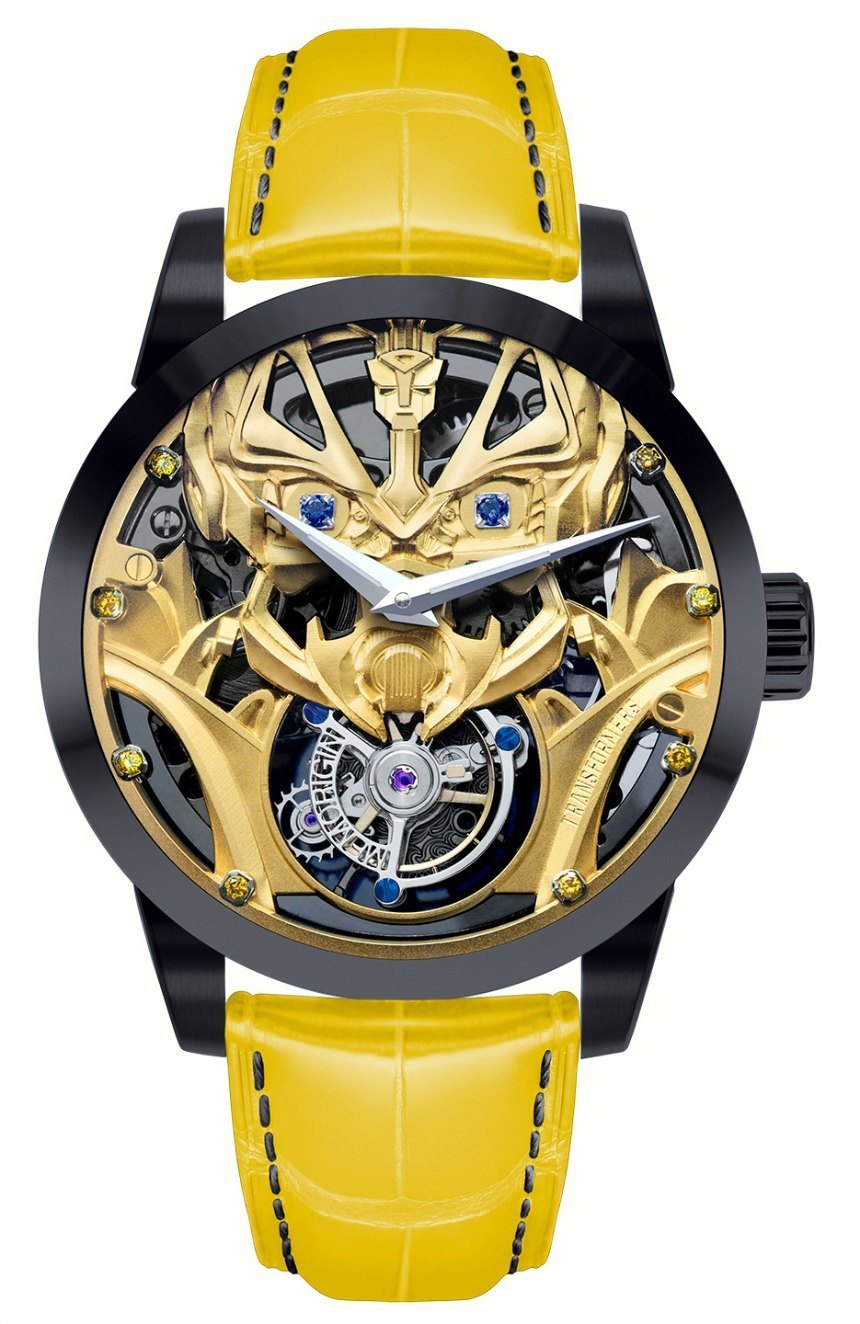 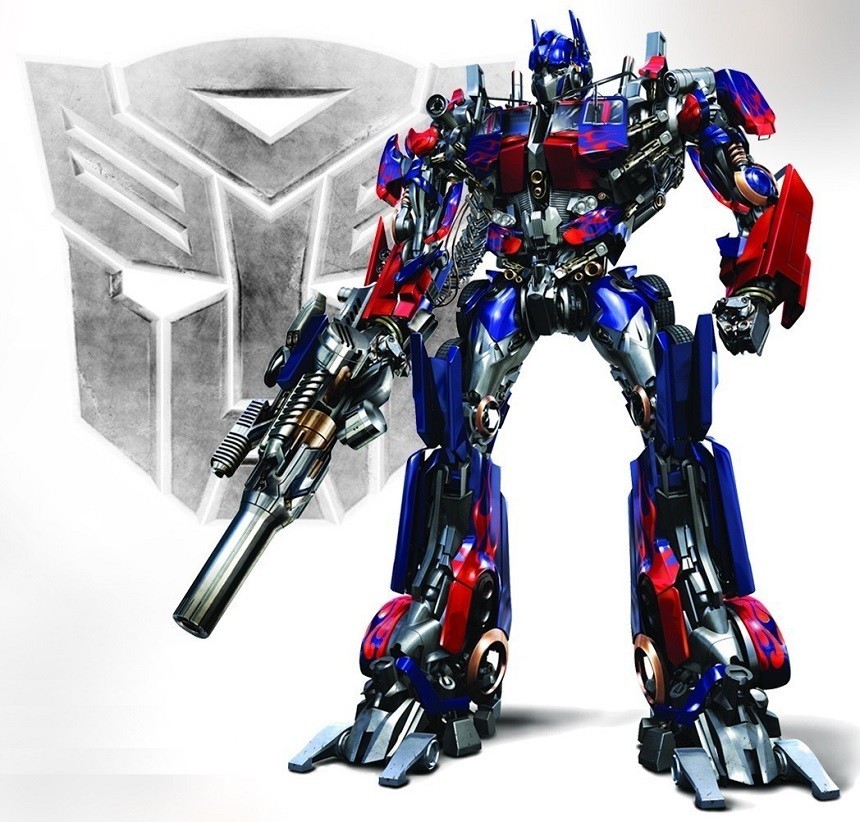 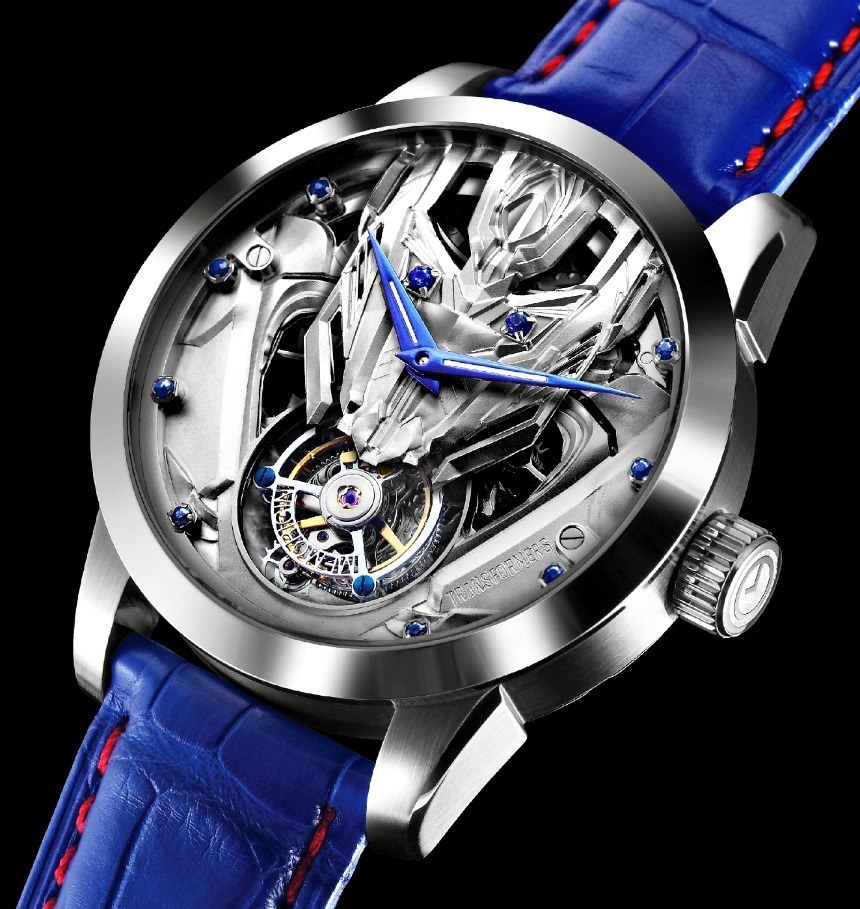 The two Memorigin Transformers Tourbillon watches come in 43mm wide steel cases that are either polished (for the Optimus Prime model) or coated in black (for the Bumblebee model). The main dial plate is laser cut and shaped to look like the face of the title Transformer characters. Natural blue sapphires or yellow diamonds are used for the eyes as well as for some of the hour markers.

Inside the Memorigin Transformers Series watches are Memorigin China-made caliber HB 0626 manually-wound mechanical movements with a 40 hour power reserve which runs at 4Hz. The movements offer the time and have 60 second tourbillons. The quality and precision of the parts isn’t on par with the most high-end Swiss tourbillons, but Memorigin isn’t trying for that right now. As is the case with a lot of Chinese complicated watches, they are still about trying to beat Swiss prices by as large a margin as possible. 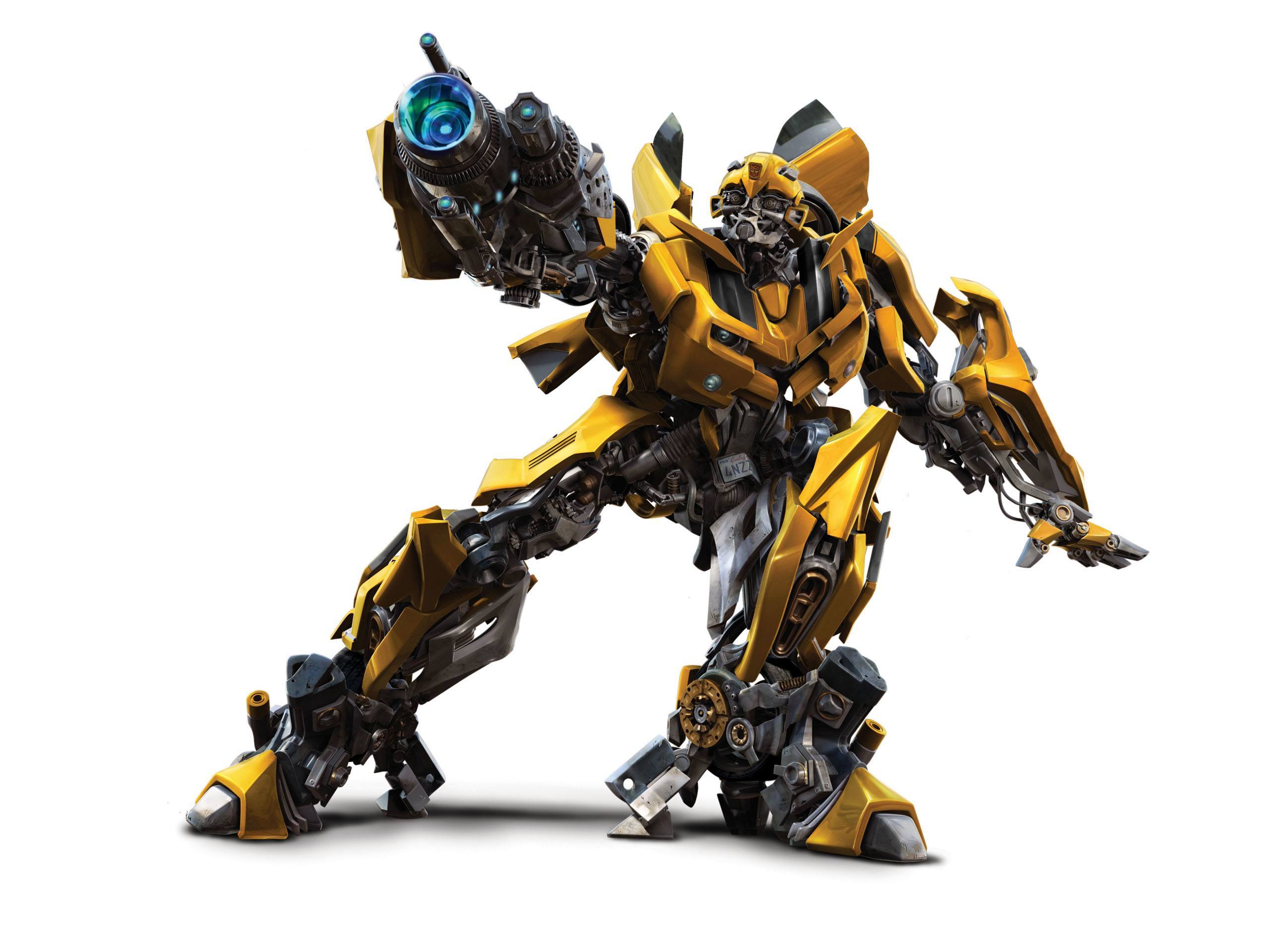 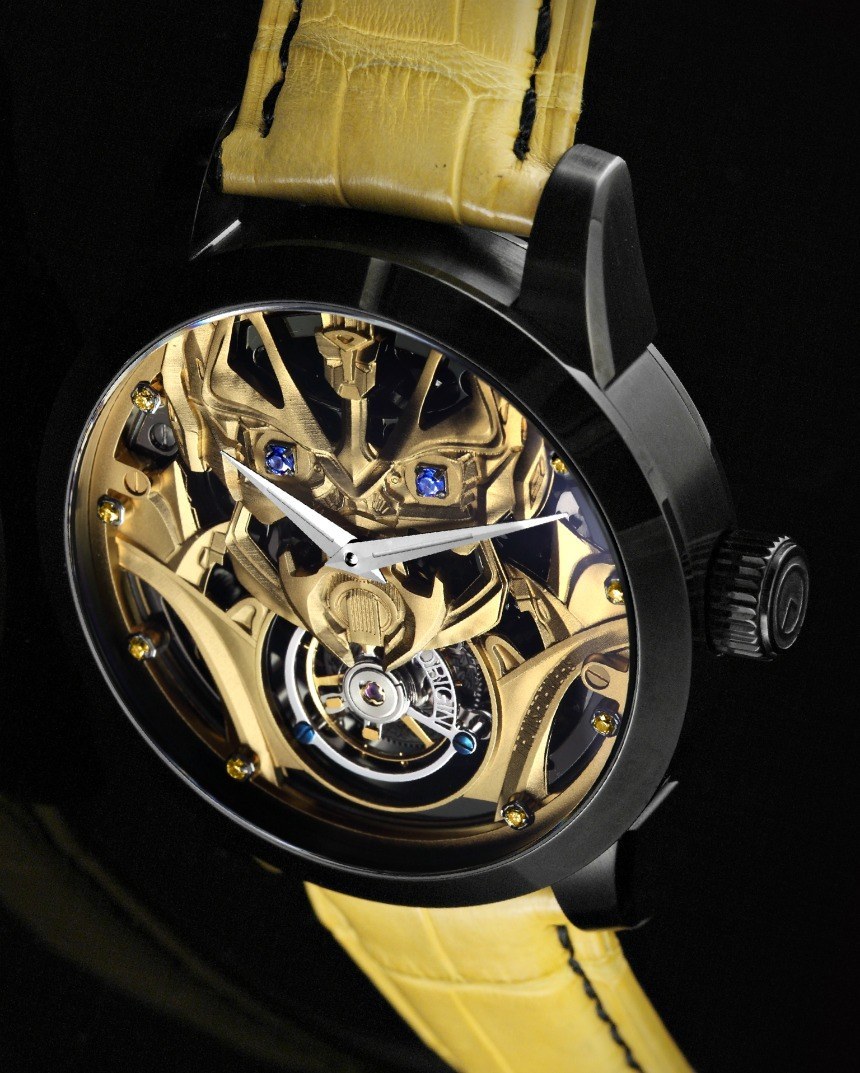 Having said all that, comparing Swiss tourbillons with a Memorigin tourbillon watch is sort of silly. Memorigin understands the communicative and artistic value that a tourbillon has. For them playing around with the concept is more fun than trying to beat the Swiss at their game. In fact, the last time I checked, Memorigin only produces watches with tourbillons.

If you like the idea of a fun tourbillon at a price way under what any European tourbillon watch will cost the stuff like what Memorigin offers is an interesting horological diversion. Also, the execution of the Transformers theme is pretty nicely done actually. The matching straps aren’t half bad either. Memorigin will produce just 50 pieces each in the Memorigin Transformers Tourbillon Series which offer an Optimus Prime or Bumblebee themed looked. Price for either is $5,523 USD ($42,800 HKD). memorigin.com