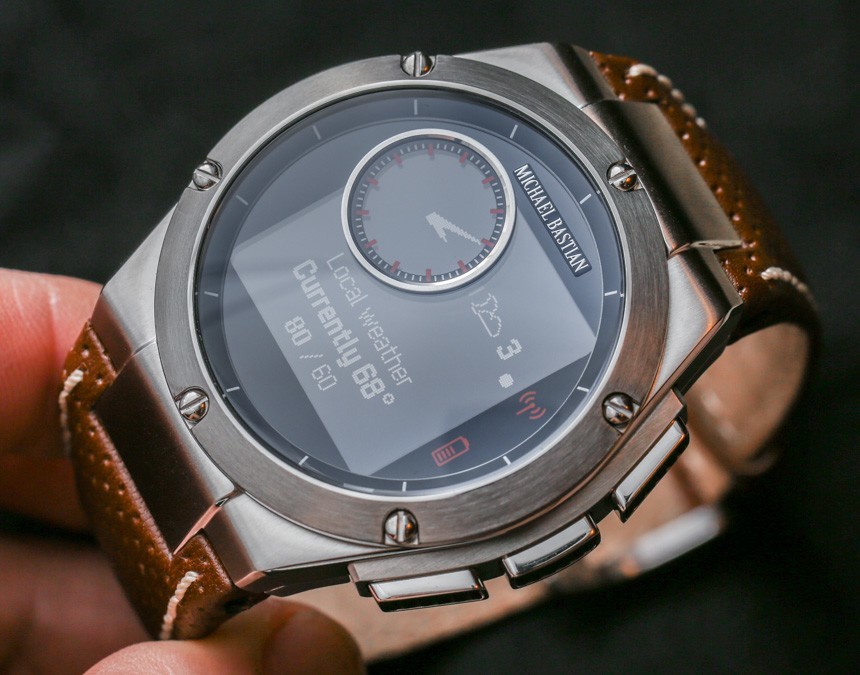 The State Of Smartwatch Technology

While software and hardware developers can fantasize about what the future of wearable technology is like, sometimes it feels like they are dreaming about space travel to other galaxies while we are still using 1980s era rockets for propulsion. That might be an over simplification, but the comparison I am trying to draw relates to current battery technology. While many companies are hard at work on a new crop of battery technology, that tech isn’t going to be here in time for the holidays, let alone the holidays for the next few years to come. A wise goal for a smartwatch maker (as evidenced by the success of Pebble) is to leverage low power consumption screens and simple functionality in order to maximize the utility of smartwatches today, versus push them into places they might not be ready for yet.

Speaking of battery life, the issue extends to your phone as well. Connecting a Bluetooth smartwatch to your mobile phone has a very noticeable effect on battery life. I would say that, on average, my Apple iPhone 6 Plus went through about 3-5 times as much battery life while connected to the Chronowing than when not connected to anything via Bluetooth. Here again, is an instance where HP and the Chronowing cannot really be “blamed” for not using battery life well. The issue isn’t HP or the watch, the issue is merely Bluetooth, and that it was simply not designed to exist between two devices that communicate all the time. Bluetooth was originally designed for high-rate data transfer between two devices within a close proximity, and for there to be more than a single connection between two devices. Bluetooth was not designed to act as a perpetual communication protocol between two devices that need to constantly “listen” to one another. In my opinion, while Bluetooth has gotten better over the years, it is an inherently flawed solution for smartwatches to communicate with their host phone device. 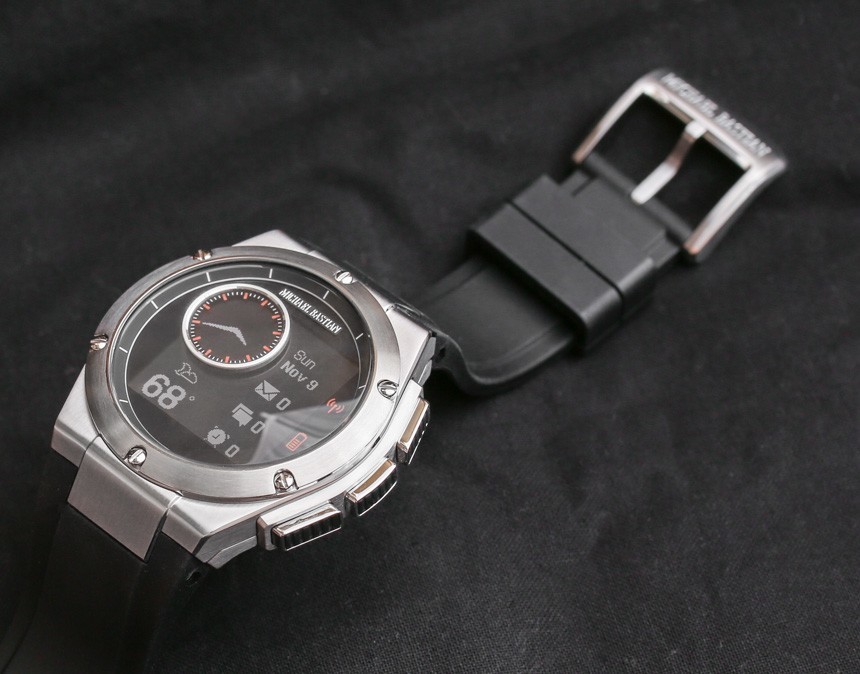 None of what I am pointing out is news to smartwatch engineers, and the good folks at Hewlett-Packard, Google, Apple, and others are aware of this. They are in the midst of trying to legitimize a segment, while meeting the demands of both consumers and investors. It is a tough place to be, but the future still seems really bright. The most positive thing that any smartwatch engineer can say is that they continually make progress, and that any consumer or critic of their devices must realize that much of what is being released now is simply part of a larger evolution and development lineage.

In some sense, none of the consumer-available smartwatch technology available today is ready for mass consumption, given what tech nerds like me demand. On the other hand, there is a lot to be said about seeing how consumers respond, testing the market, and using the growth of the industry to help fuel and fund the development of what comes next. 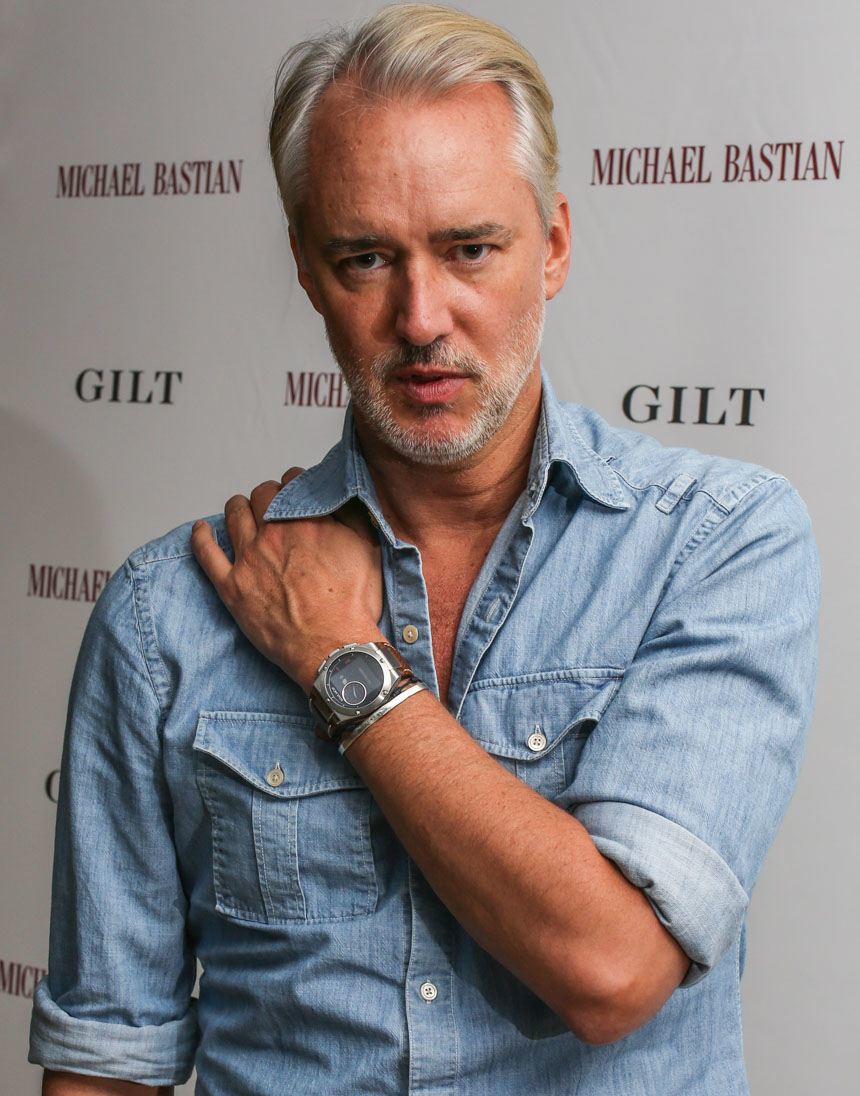 It isn’t clear to me what most consumers interested in smartwatches are looking for. If they are looking for a very good reason to replace their traditional watches, then many of them are going to have to keep waiting. While smartwatches are great at getting the most current (and local) time from your smartphone and putting it on your wrist, they aren’t nearly as legible or convenient to use as most traditional watches. Either the screen has readability issues or the screen must be first switched on before reading the time. My Omega Speedmaster with is 1960s time-keeping technology does it better than that. So for the time being, traditional watch owners looking for a compelling reason to go down the smartwatch route can keep waiting a bit longer.

From a price, style, and functionality perspective, the only currently available competition for the Michael Bastian MB Chronowing is perhaps the Meta M1 (hands-on here) smartwatch. Each is designed to be interesting looking, have several days of battery life, be mostly about notifications, and have an always-on LCD screen. The style of each is different, but thematically, they are similar. The Meta M1 has a more futuristic look, while the Michael Bastian MB Chronowing is more about looking like a modern traditional sports watch. 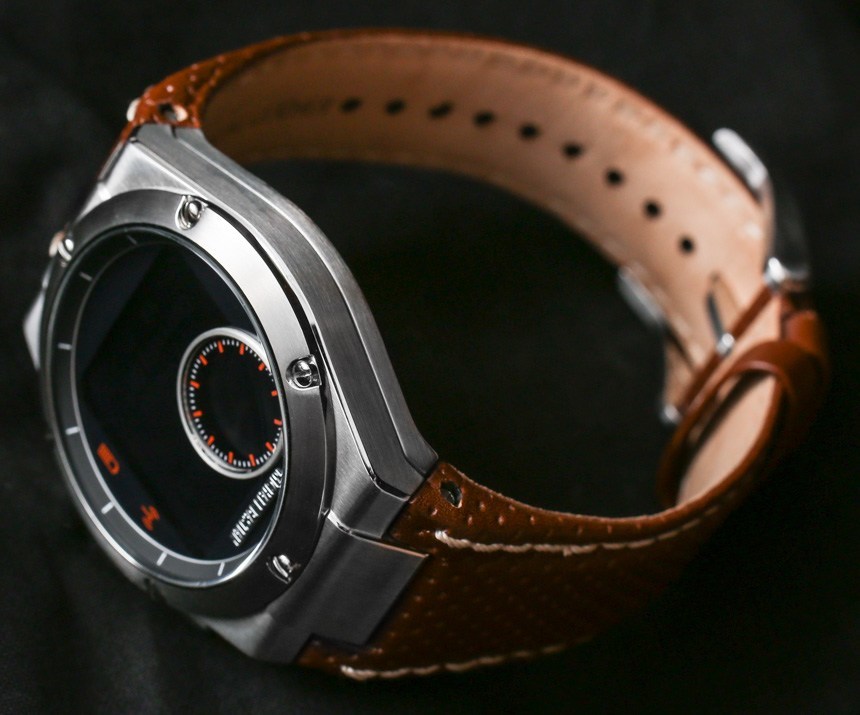 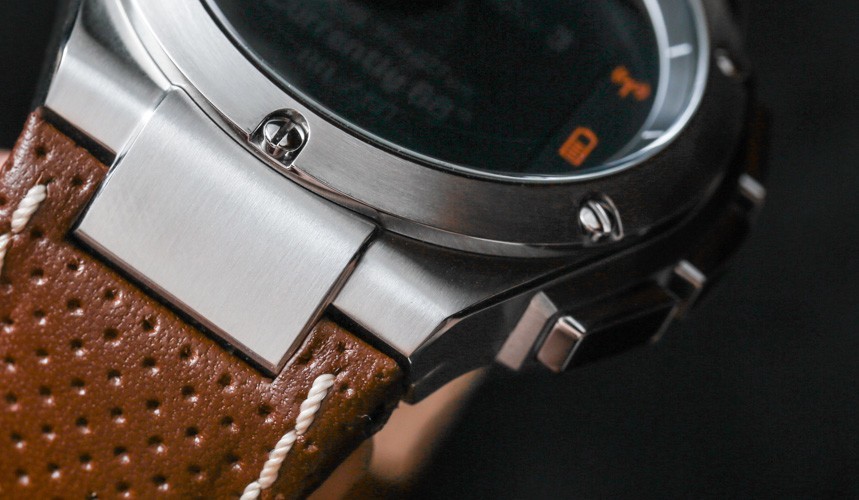 My feelings about the Michael Bastian MB Chronowing are positive, but my larger feelings about the smartwatch segment are still reserved. I will be the first person to announce that “we have made it” with a truly appealing smartwatch that will be a good buy for most consumers. Smartwatches right now are products that do work, have some downsides, and that show incredible promise for the future.

In fact, part of me feels that HP knows this so well, they are happy to sit in the background a bit because they see all this as a test to develop, improve, and analyze how and why people use their smartwatch device UI. If that is true, then their move is sort of brilliant and everyone benefits from it in the end. Gilt gets to be the exclusive vendor of a novel product and Michael Bastian gets to be the first fashion designer to step into the smartwatch world. The Michael Bastian MB Chronowing smartwatch retails for $349 available exclusively via Gilt here.