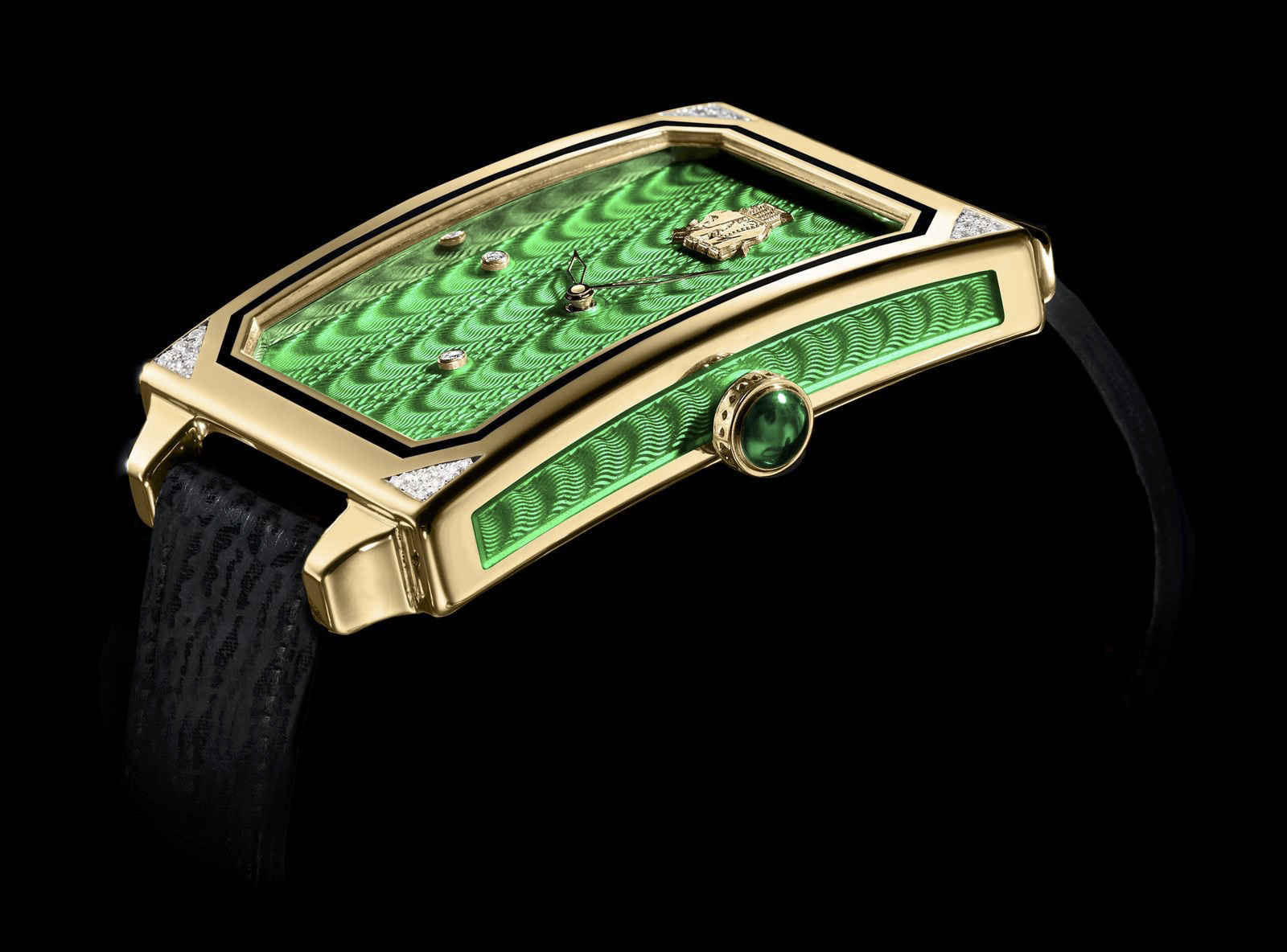 Michel Perchin Channels The Artistry And Craftsmanship of Fabergé In The Model No. 1

12 Comments
by SponsoredPost
Sponsored post presented on aBlogtoWatch by advertiser

Michel Perchin’s mission is to create art that tells time. One glimpse at the Model No. 1, and there’s no question that the brand has achieved just that. This is haute horology in a way that you’ve never seen it before. The English master goldsmiths behind the Model No. 1 have drawn upon over 700 years of tradition to create these horological masterworks that combine traditional goldsmithing techniques, fine gemstones, and a painstaking enameling process to create watches that are pure expressions of luxury and craftsmanship. 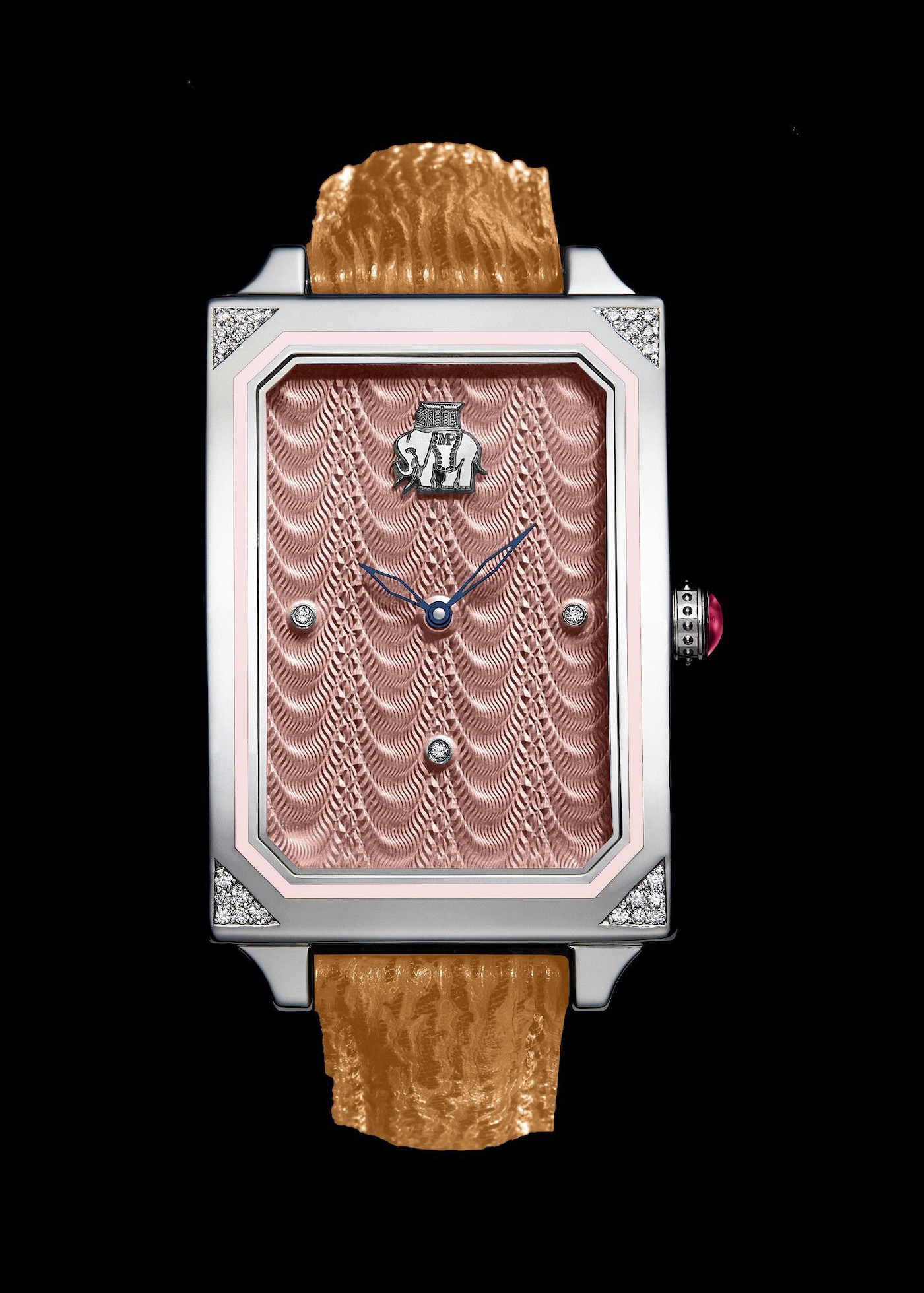 Some brands start with a movement, others with a unique case or dial. In the case of Michel Perchin, the brand began with a pen: the Blue and Gold Ribbed Michel Perchin Limited-Edition Writing Instrument, first launched in 1994. The brand has since gone on to become renowned as purveyors of ultra-high-end pens. If that sounds like a different start to a watch company, that’s because Michel Perchin is a different kind of brand. Its focus is, and always has been, on creating beautiful art by combining centuries-old goldsmithing techniques with modern precision engineering. Above all else, Michel Perchin is a brand comprised of artists whose newest medium is the wristwatch. 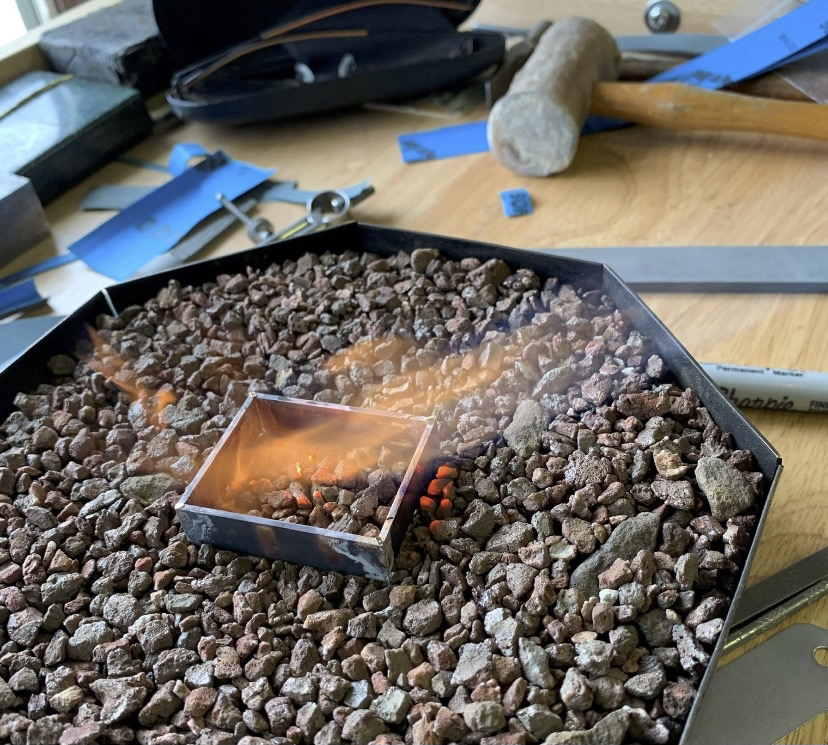 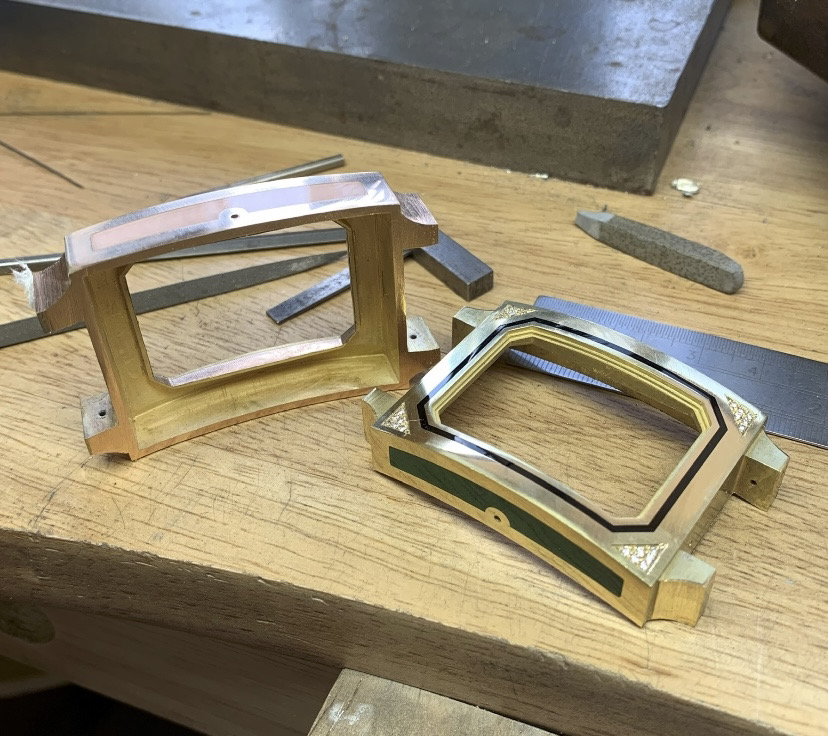 Michel Perchin was named in honor of a goldsmith who progressed from his humble peasant roots in St. Petersburg, Russia to become the leading workmaster at the world-renowned House of Peter Carl Fabergé from 1886-1903. If the dials on the Model No. 1 evoke thoughts of the Fabergé eggs created for Russian Tsars Alexander III and Nicholas II as Easter gifts, that’s certainly no coincidence. The original Fabergé eggs — of which only 69 were ever created — were adorned with guilloché and translucent enamels, resulting in lusciously opulent works of art. In creating Michel Perchin, the brand pays homage to the meticulous artistry and craft that defined the House of Fabergé. 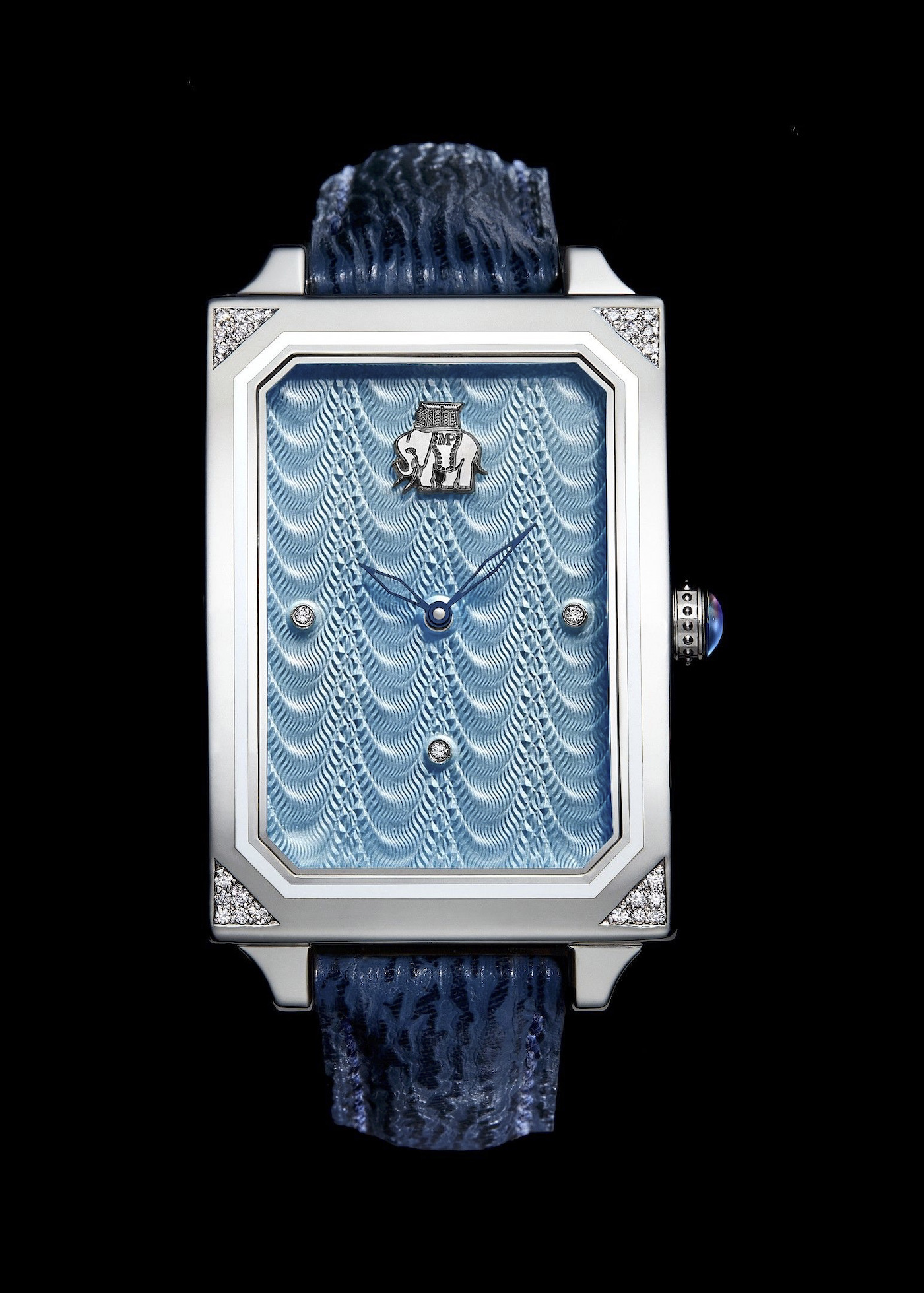 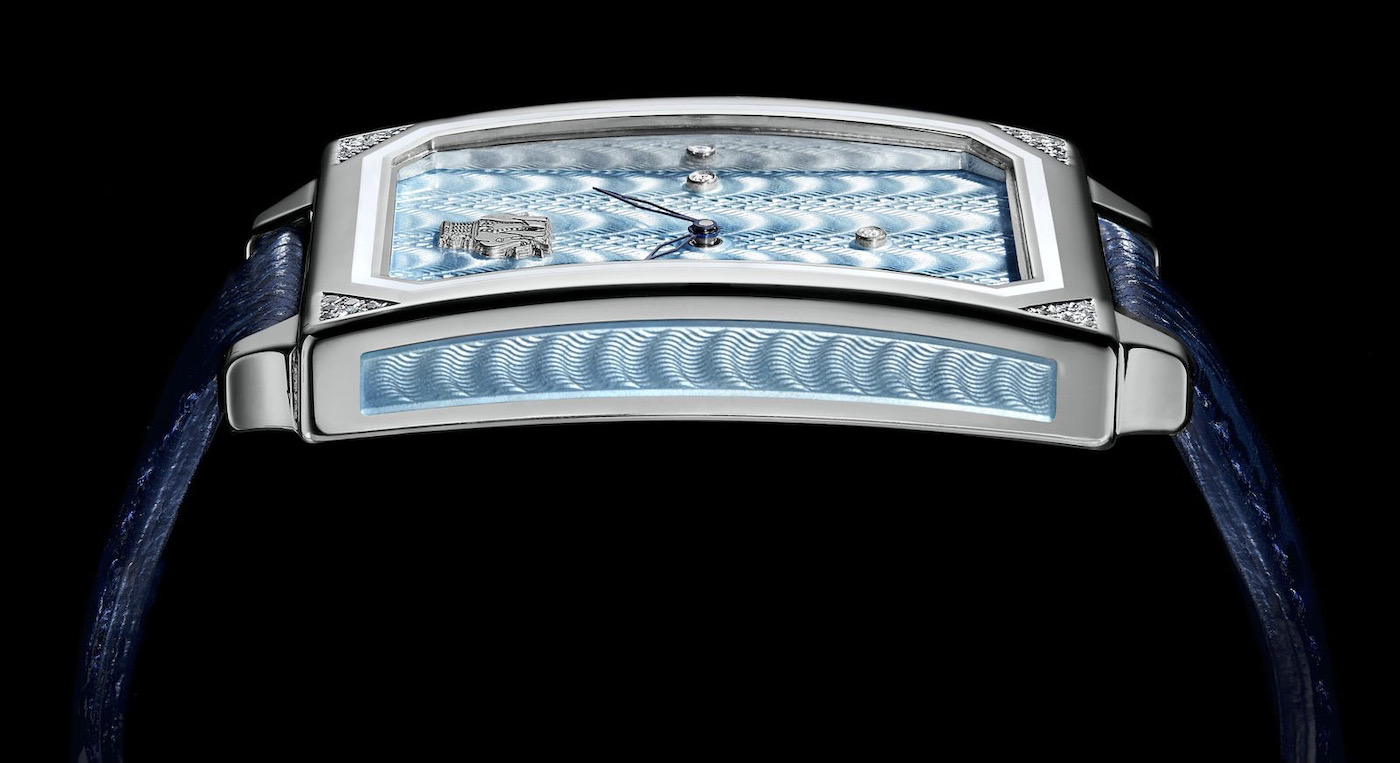 The brand’s first wristwatch, the appropriately named Michel Perchin Model No. 1, is nothing if not luxurious. The process begins with a pile of gold bars and a soldering tool, then passes from the hands of one artisan to the next to produce an 18k gold case (white or yellow gold, depending on the colorway) that measures 27mm in diameter by 45mm long with a sweeping midcase that measures 12mm in height. The corners on the front of the case are then adorned with brilliant-cut diamonds. 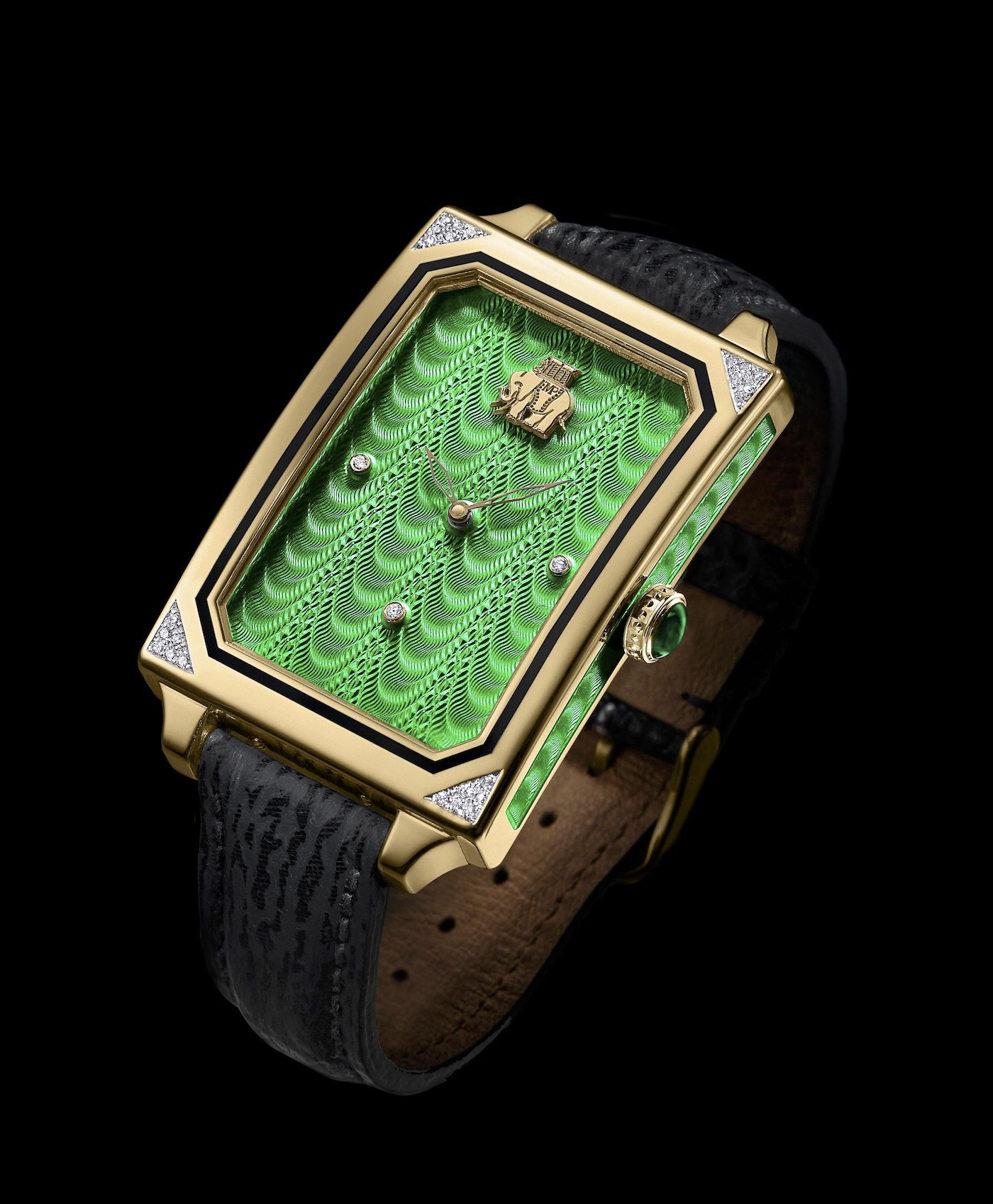 As gorgeous as the case is, the drapery guilloché on the enamel dial and sides of the case is breathtaking. Like the rest of the watch, the enameling is done using traditional techniques. Starting with enamel powder, the artisan uses a mortar and pestle to grind to a fine powder before adding water or oil so that the enamel can be painted onto the surface of the case and dial. The enamel is then fired and the process repeated, building up layer upon layer of translucent enamel. Only through this painstaking process can you attain the depth and visual complexity you’ll find on the dial of the Model 1. Finally, the dial is set with diamonds and the brand’s elephant motif, while a matching gemstone is inset on the crown. 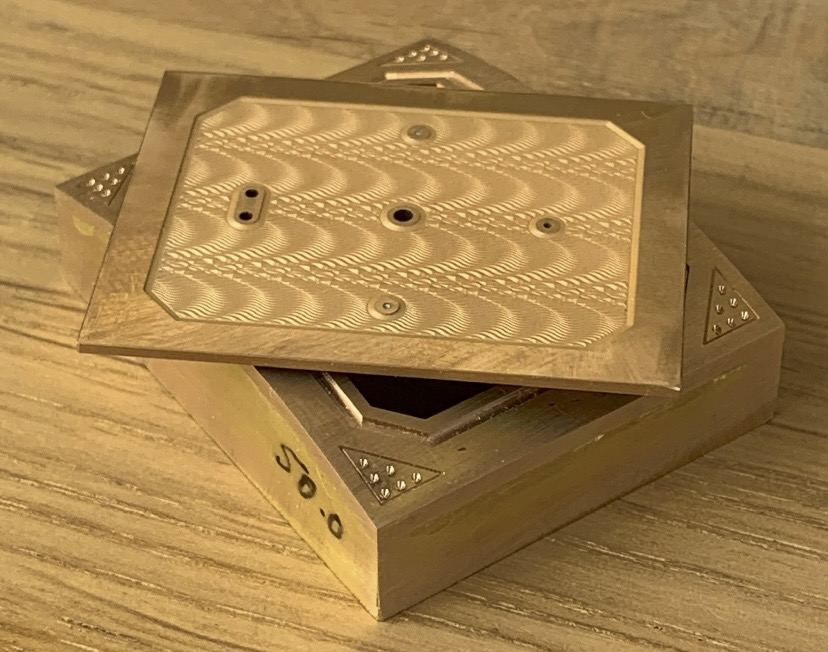 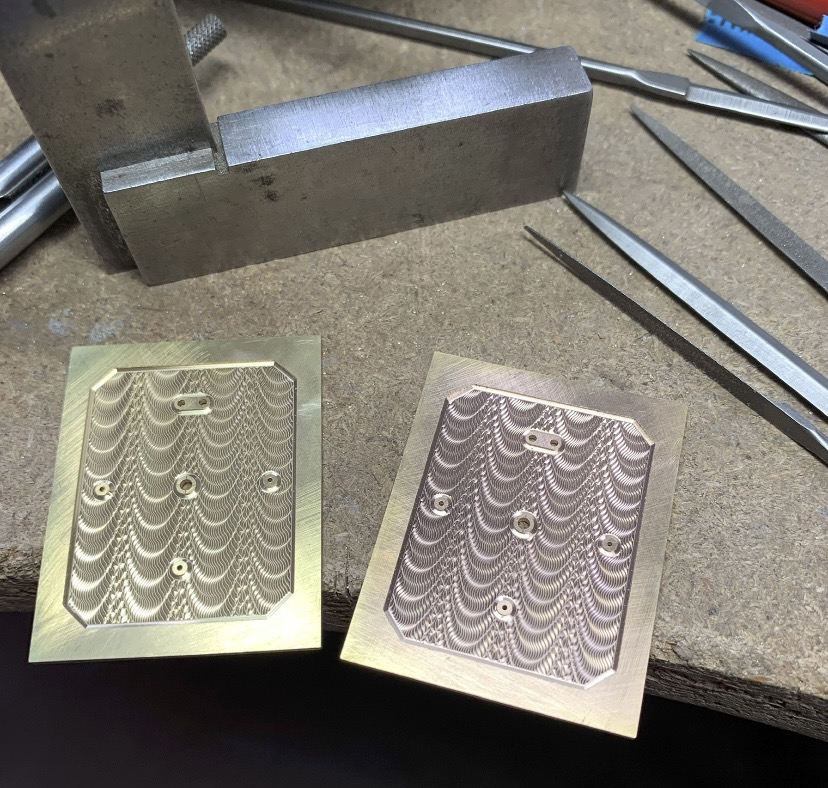 Though the artistry and craftsmanship are thoroughly British (“Handmade in England” is proudly engraved on the snap-on caseback), the beating heart of this watch is the Swiss caliber Vaucher VMF 300. This is a twin-barrel automatic movement equipped with a variable inertia balance wheel. A petite movement at only 23.3mm in diameter, the 28-jewel movement beats at 28.8kbph and maintains a 50-hour power reserve. 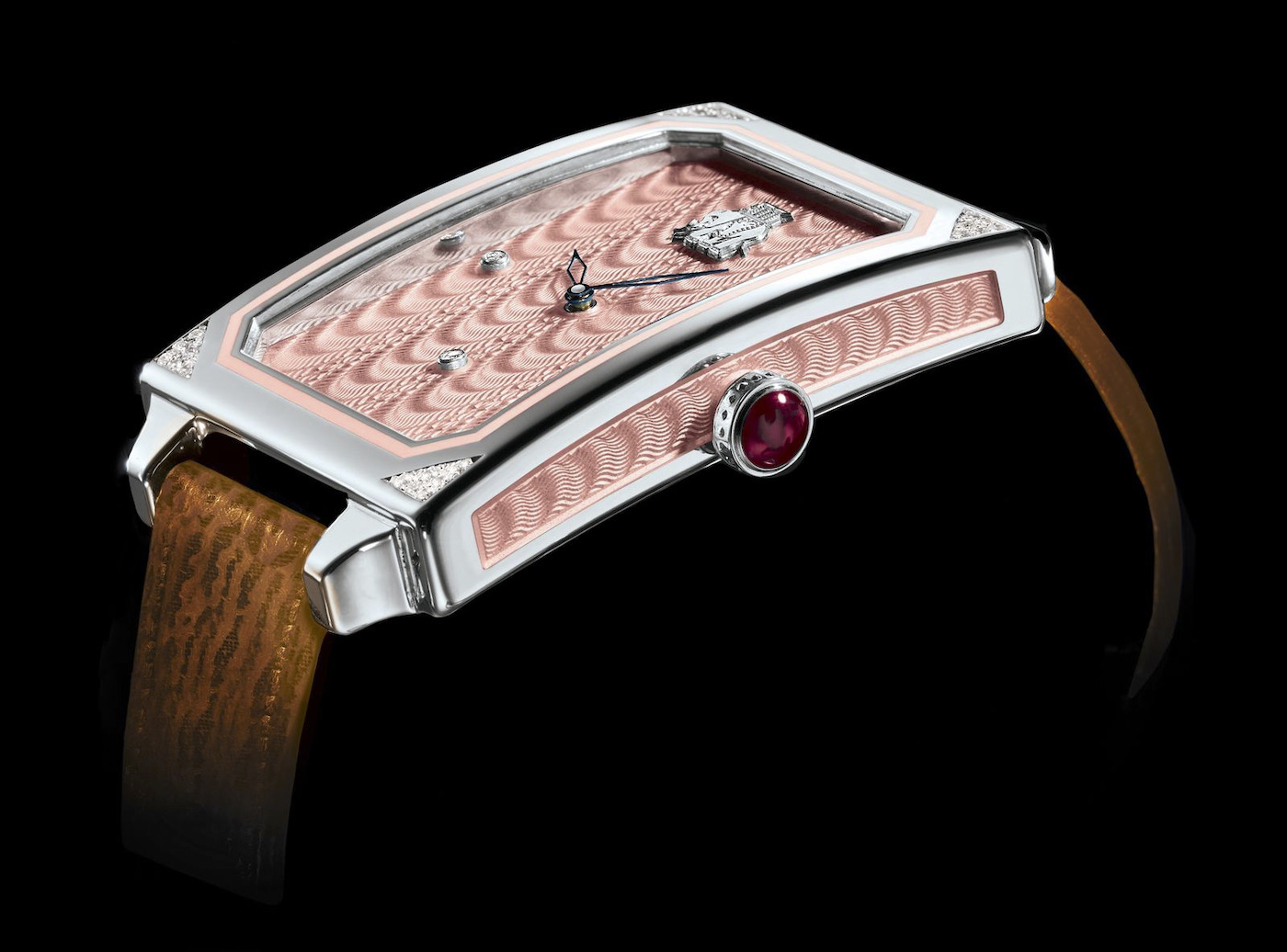 The Model No. 1 is crafted in three distinct colorways: Bleu and Coral in white gold, and Emerald in yellow gold. Each colorway is extremely limited in production, with only eight of each produced. Completing the look of each watch is a tailored strap specifically made to match the aesthetics of each colorway: sharkskin for Bleu, lizard for Coral, and crocodile for Emerald. Each strap is completed with a matching gold clasp (handmade, of course). 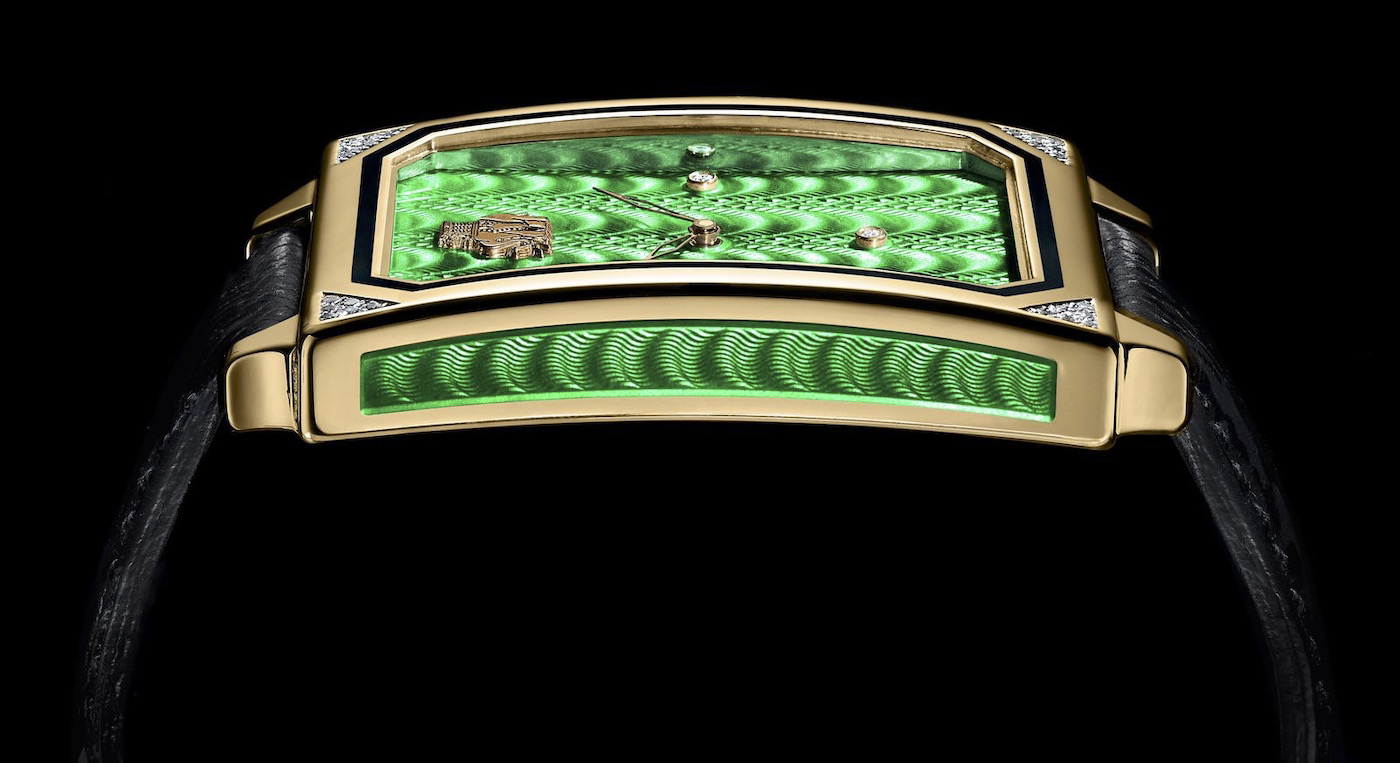 The Michel Perchin Model No. 1 is a pure expression of artistry and craftsmanship in wristwatch form. Simply put, the watches are wearable art. The Bleu and Coral models are priced at $83,000 USD, while the Emerald is priced at $80,000 USD. For more information on Michel Perchin and the Model No. 1 visit the brand’s website.