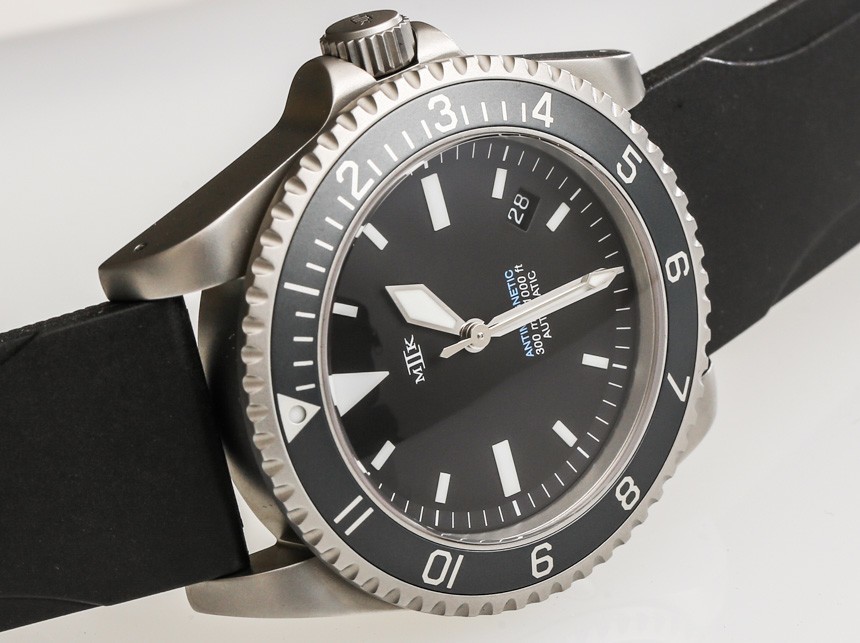 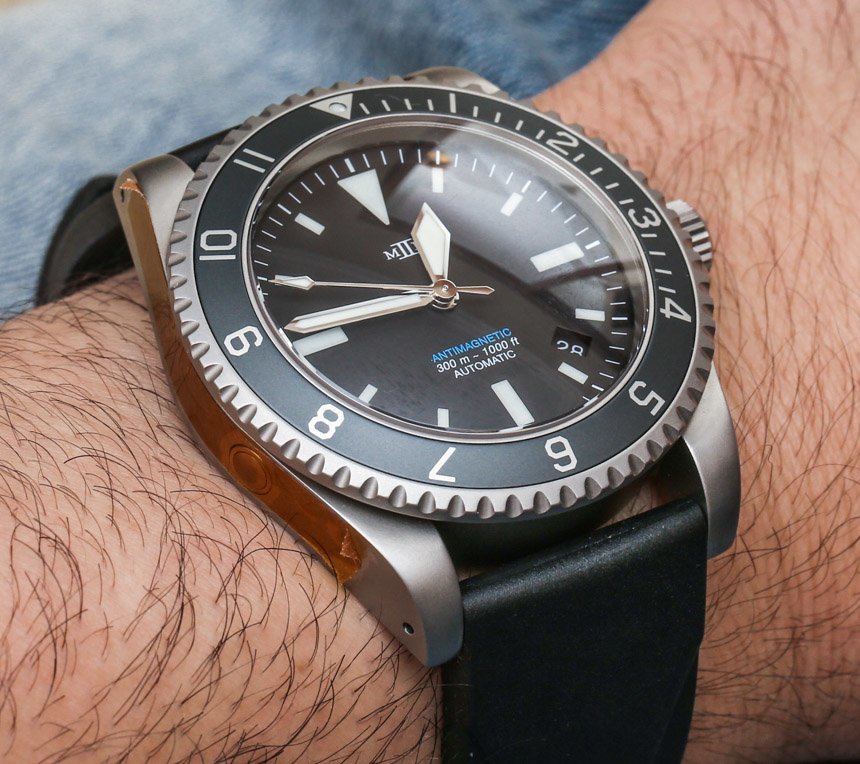 Do you get excited by the notion of a USA-assembled, boutique mechanical sport watch? Do you further like the idea of a passionate former watch-modifier making often bespoke, small-production military-style homage watches from a quiet place in Pennsylvania? Long a secret of “watch guys” seeking value and authenticity, Mk II watches is a brand that might certainly hit the spot, and today I review the Mk II Fulcrum watch.

Mk II watches show up on aBlogtoWatch.com from time to time because we like to cover their unique business model. Rather than dance around the idea of producing watches which are inspired by the past as many brands do, Mk II makes a point of it. In 2002, founder Bill Yao started the company to offer parts and customization services for watches that people wanted to modify. Later, he ended that part of the business to focus entirely on Mk II brand timepieces. The Fulcrum is among his most ambitious watches yet.

The “Mk II” concept is all about giving watches a chance as a “second generation” (hence the “mark II” name). Ask watch lovers in the know about Mk II, and they will likely smile and say “cool watches if you can actually get one.” They would be referring to the fact that Mk II has in the past asked customers to wait long periods of time to receive orders, and given their low productions volumes, many of their timepieces sell out until new parts are ordered and delivered. In fact, if you want to know about the headaches and tribulations of producing watches as an independent watch maker, you need only ask Bill. Infinitely patient, Bill will explain how long it takes to receive orders and what happens when suppliers send the wrong parts.

Mk II is special because of Bill’s eye for quality and details. When Mk II wants a watch to be a certain way, it is. The brand is a unique opportunity to receive a modern or vintage-style military-themed watch in a brand new package. One of the major reasons why people like buying homage watches is because they don’t want to put up with the rarity, price, or low quality of vintage watches. Mk II is among the rare brands that produces items of this nature with such an meticulous eye. They aren’t for everyone, but I don’t think fans of the concept will be disappointed. 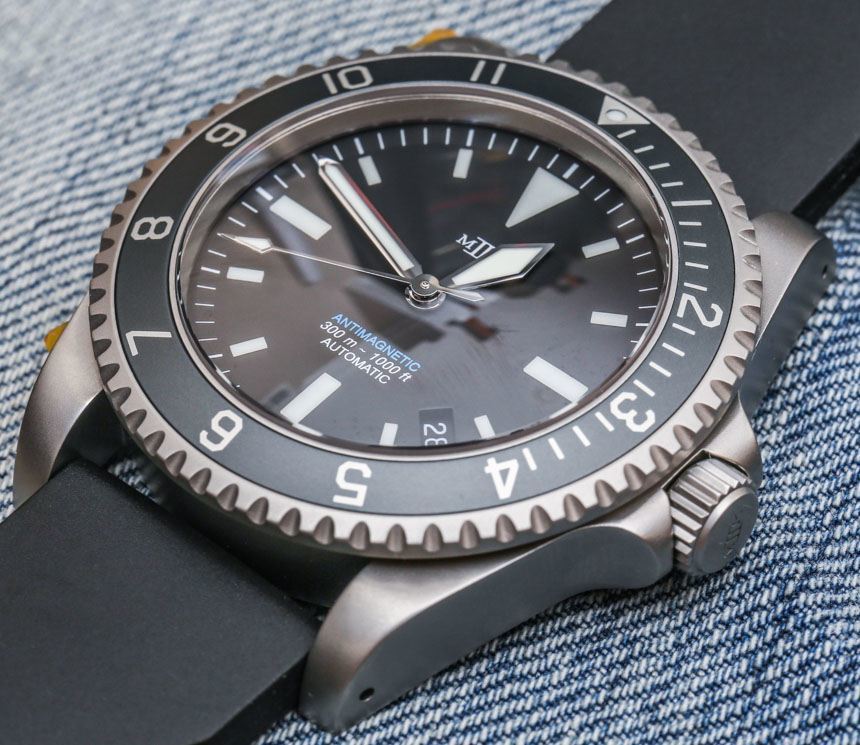 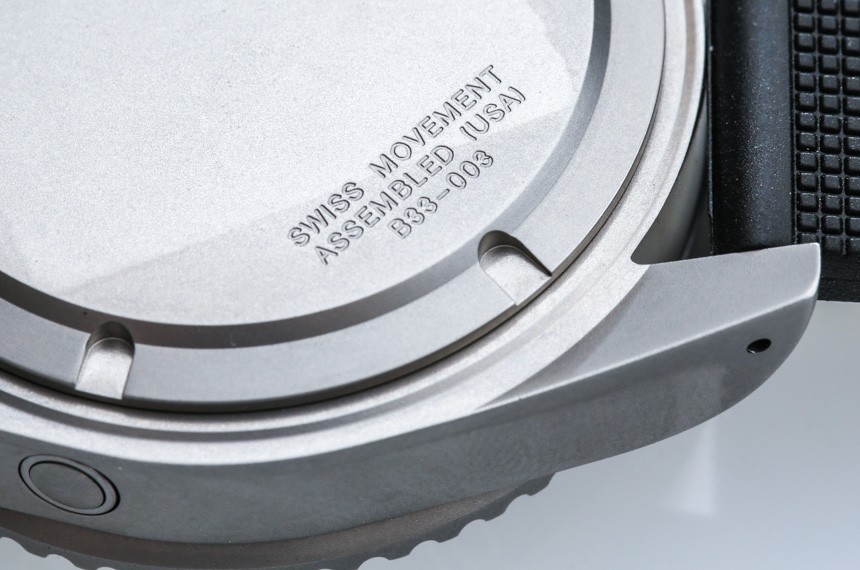 Mk II watches are notoriously under-the-radar. The Mk II Fulcrum actually has the Mk II logo on the dial, while many of their watches, such as the Paradive series (reviewed here), have sterile dials (those with no brand name on them). The Mk II Fulcrum isn’t that type of watch, and it is a rare treat if you want something a bit more distinctive from Mk II, even though it does have a definite vintage military style to it. Specifically, the Mk II Fulcrum takes inspiration from Rolex and Tudor MilSub (Military Submariner) watches, namely what MK II refers to as the “American MilSub.” Most importantly, however, is the fact that Mk II didn’t model the Fulcrum on a specific model, but rather took inspiration from a few historical MilSub-style timepieces, I believe.

What makes an “American” MilSub? According to Mk II, there are a few things. First is the 12-hour uni-directional rotating bezel (versus a 60-minute counter rotating bezel). That first element is difficult to notice at first, since most people tend to expect a traditional divers-style rotating bezel. Next is a highly domed “tropic-style” sapphire crystal, as well as a bead-blasted case finish. 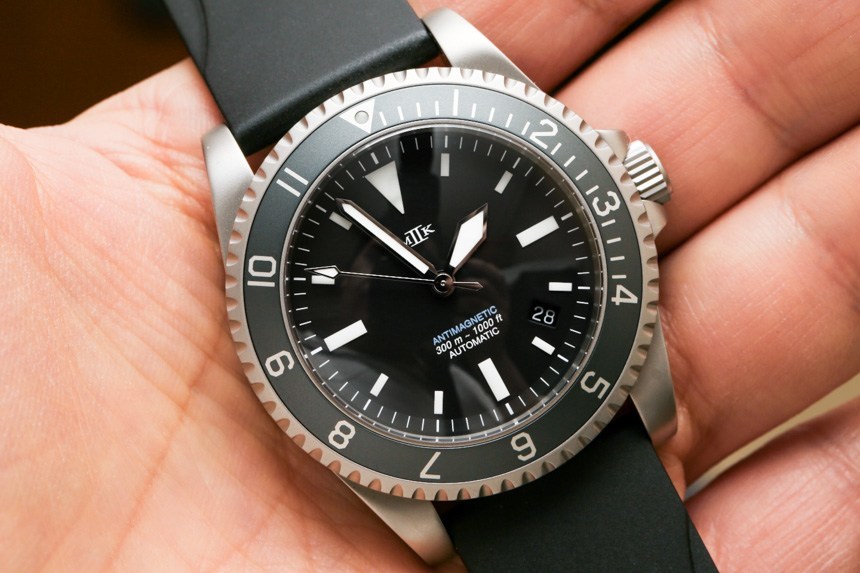 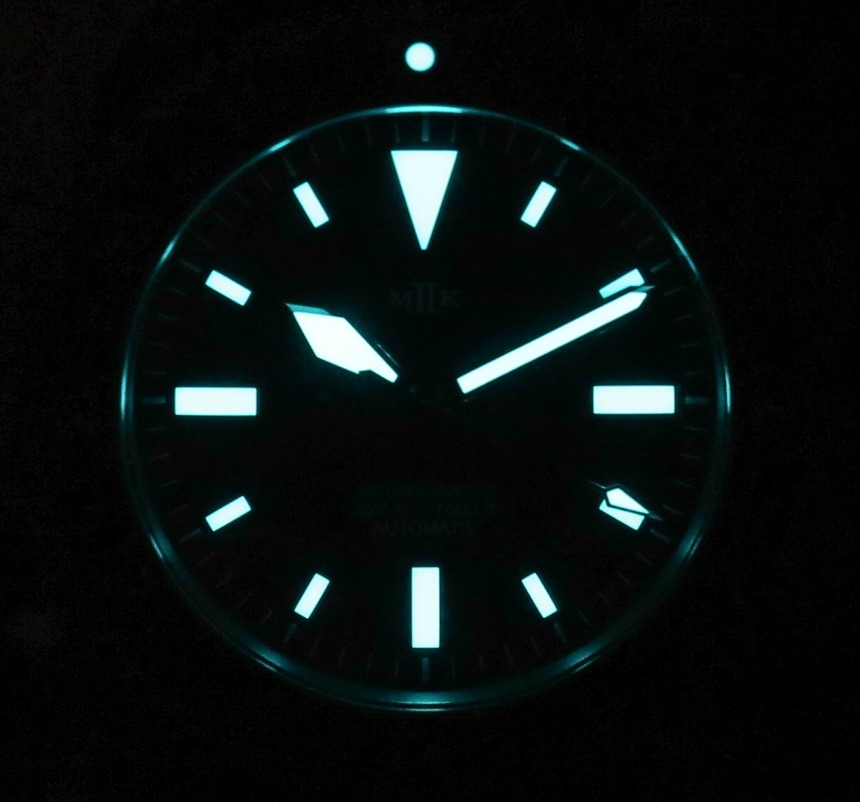 The bead-blasted case finish is excellent. You don’t get that many bead-blasted watches these days, but I love them. Finishing on the steel case is soft to the touch, doesn’t pick up finger prints very well, and also gives the watch a gray-colored, serious tool watch feel. In the images, you might notice a few discolored squares. Those are merely where some protective stickers were placed when the watch shipped. I left a sticker on the side of the case for a few of the shots, so you’ll know what I am talking about. Those areas have since easily cleaned off.

At 42.10mm wide, the Mk II Fulcrum wears very nicely, though it doesn’t look at all huge on the wrist. even though it is almost 15mm thick. I think its smaller wearing stature has to do with the black rubber strap that comes attached to it. In fact, in my opinion, even though it is larger, it wears like a 40mm modern Submariner, because the Fulcrum has thinner lugs – whereas new Submariners have wider lugs. Lug-to-lug case length is about 48mm. 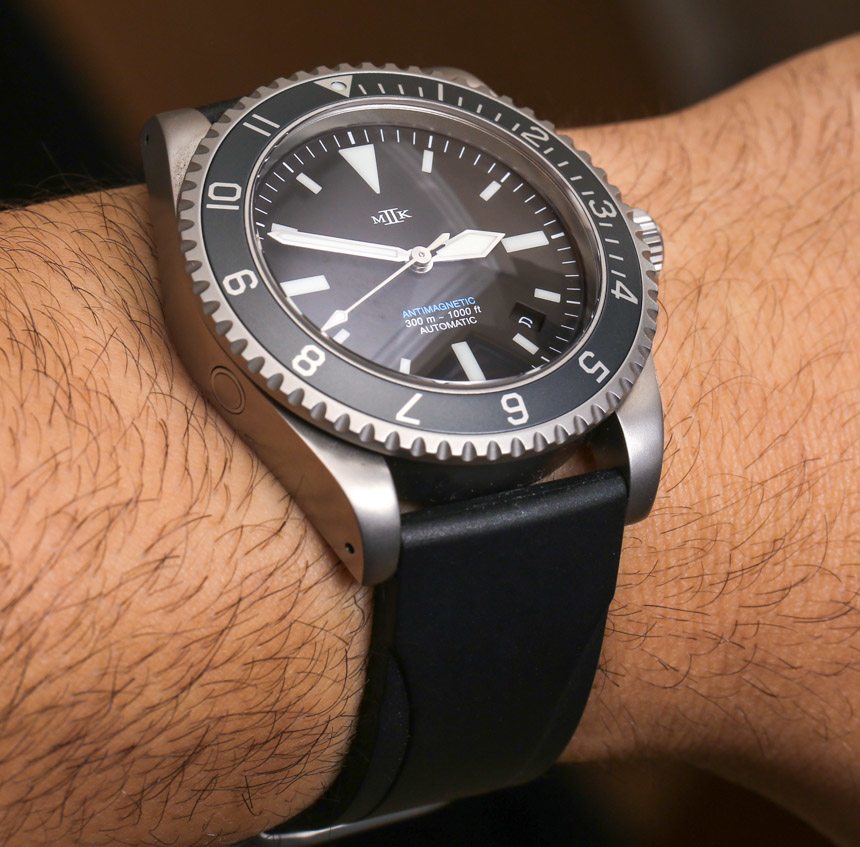