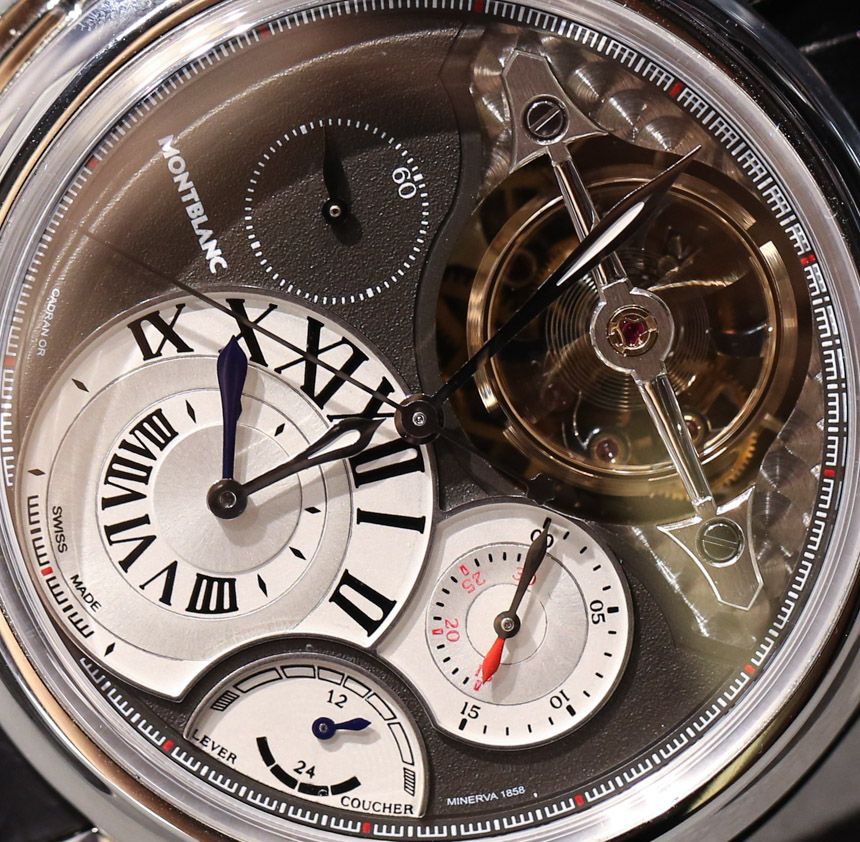 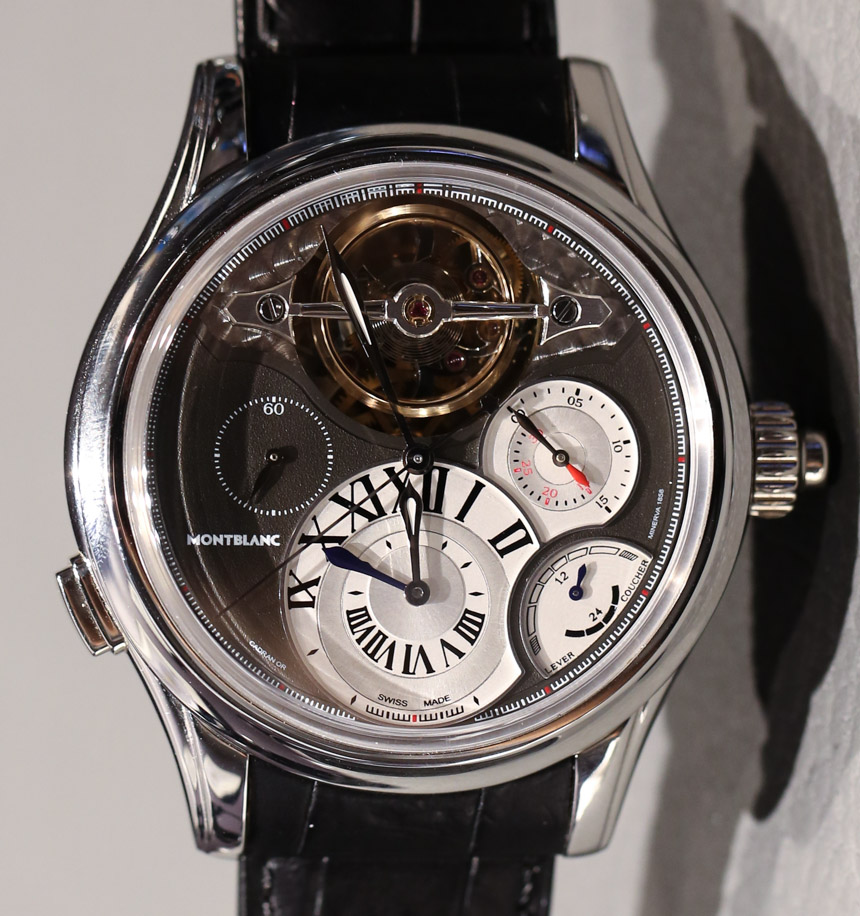 You may be asking yourself, “what is an ExoTourbillon and what can it do for me?” Aside from making you feel younger and more virile, an ExoTourbillon is a unique and rare species of tourbillon found in the small Swiss mountain town of Villeret. There you’ll find Montblanc’s Villeret factory formerly known as Minerva. I’ve been there, and it is indeed a more unique high-end watch manufacture experience compared to most. How? Well less stuffy and formal than most, the former Minerva facility is in fact not only historic, but kept historic. In addition to some high-tech machines, they also have some interesting ones used to make watch parts in a very traditional way. It is a cool place for sure. Plus, traveling there may be your only opportunity to see one of these hard-to-find timepieces as only eight have been produced.

Recently Montblanc updated the ExoTourbillon Chronographe with a Rattrapante (split second) version. We’ll see about getting some hands-on time with that little number sometime in the future. For now let’s look at why Montblanc knows how to make one original looking $300,000 plus timepiece. Those familiar with Montblanc understand that the brand has three levels of timepieces. First are the more mainstream luxury watches populated by pieces such as the timeless Timewalker (one reviewed here) that have for the most part, base ETA movements. Then you step it up to pieces such as the Nicolas Rieussec (reviewed here) that contain in-house made movements from Montblanc’s Le Locle manufacture. At the top are the Montblanc Villeret 1858 collection models – made individually and totally by hand in Villeret. 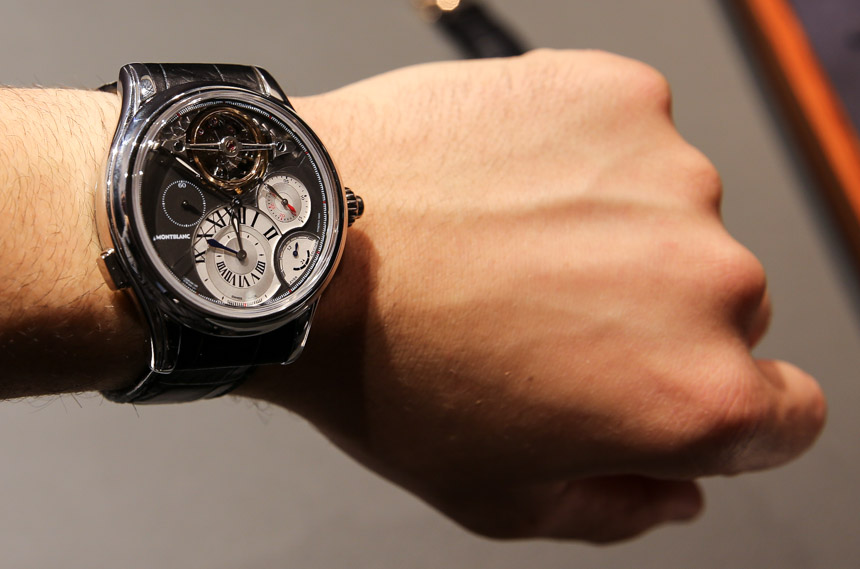 The Villeret 1858 collection pieces are so uncommon I couldn’t even find mention of them on Montblanc’s own website. That may be on purpose so as not to confuse the majority of their watch customers, and may also be an element of Montblanc trying to keep the collection highly exclusive. Though by mere virtue of the fact that so few are produced each year you’d think Montblanc Villeret 1858 pieces are exclusive enough. What I further like about the collection is that while there is clear Montblanc branding, they don’t want to remove the heritage of Minerva.

The movements for example still proudly say “Minerva” on them. And if you look closely on the dial, there is a “Minerva 1858” label as well. Even though Montblanc acquired Minerva after parent company Richemont purchased them a few years ago, it is nice to see that the former brand’s long history isn’t being engulfed and assimilated as you may expect. Instead, the Villeret facility remains a unique snapshot of the past, not only in their products, but how they make watches as well. The more casual atmosphere is reflected in the design – such as the “devil’s tail” on one of the bridges that you’ll find in each of their movements. 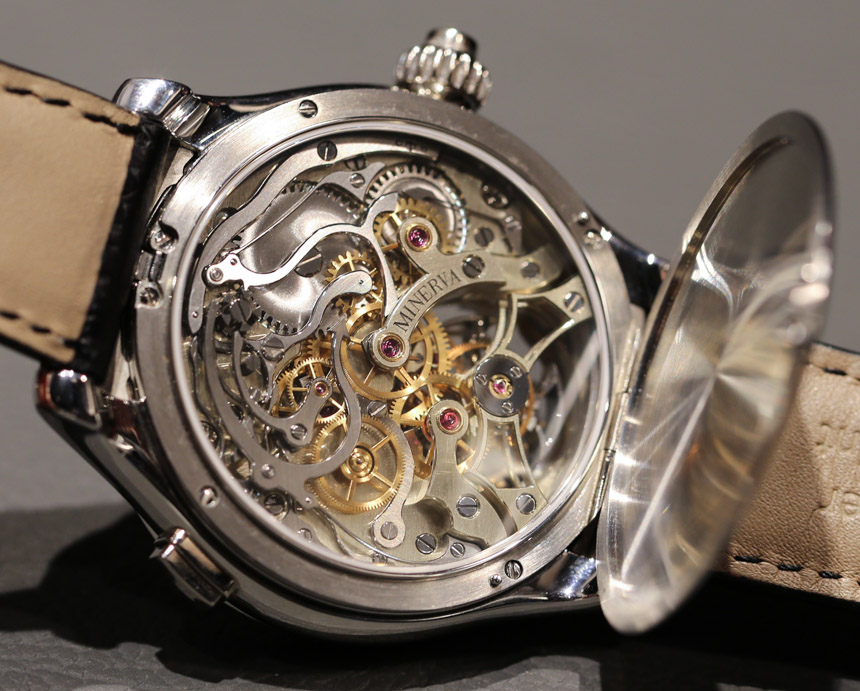