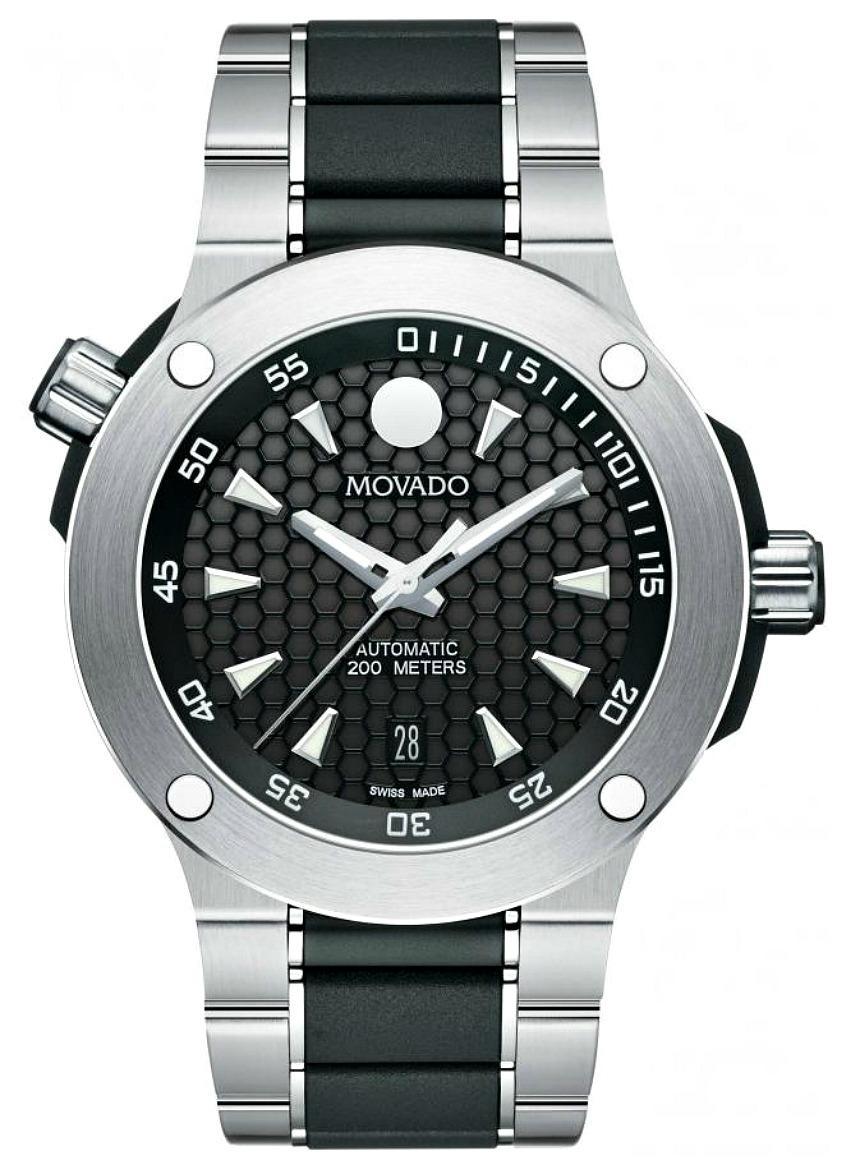 Remember Movado? Yeah, they are still around. The American-based watch company is still holding its own out there as a decidedly more quiet company with mostly a focus on points of watch sales rather than media and publicity. A few years ago, Movado created the SE Extreme collection which from the very outset was clearly an homage to the Hublot Big Bang. For 2014, Movado adds two new SE Extreme watches as the Movado SE Extreme Automatic Chronograph as well and the Movado SE Extreme Automatic Diver. And for what they are, they aren’t too bad.

I am just going to say it right now, Movado may as well have called these watches the “SExtreme” collection. Not that they scream sex or anything, but that is pretty much what the names look like after staring at “SE Extreme” for long enough. Let’s be clear that in the highly conservative watch and jewelry industry, “sex” is not used enough in product names. Anyhow, as a fan of dive watches, the Movado SE Extreme Automatic 200 Diver is easily the more interesting of the two timepieces in my opinion. I really never thought that I would see a timepiece with the Movado Museum dial “sun” that was also a dive watch.

The Movado SE Extreme Automatic 200 diver is 44mm wide in a case made from steel and black polyurethane (plastic) – which serves as the middle section and crown guard – which is actually another similarity to Hublot, aside from the overall case design. The dial is pretty interesting, with its honeycomb texture face and legible hour markers. This isn’t your father’s difficult to read Movado dial. It also has an inner rotating bezel with an adjustment crown for that at 10 o’clock. For some reason, Movado wasn’t able to squeeze a full 300 meters of water resistance out of the case, so it is just 200. Then again, I am being picky, as the watch is going to be fine for most recreational diving and swimming purposes. 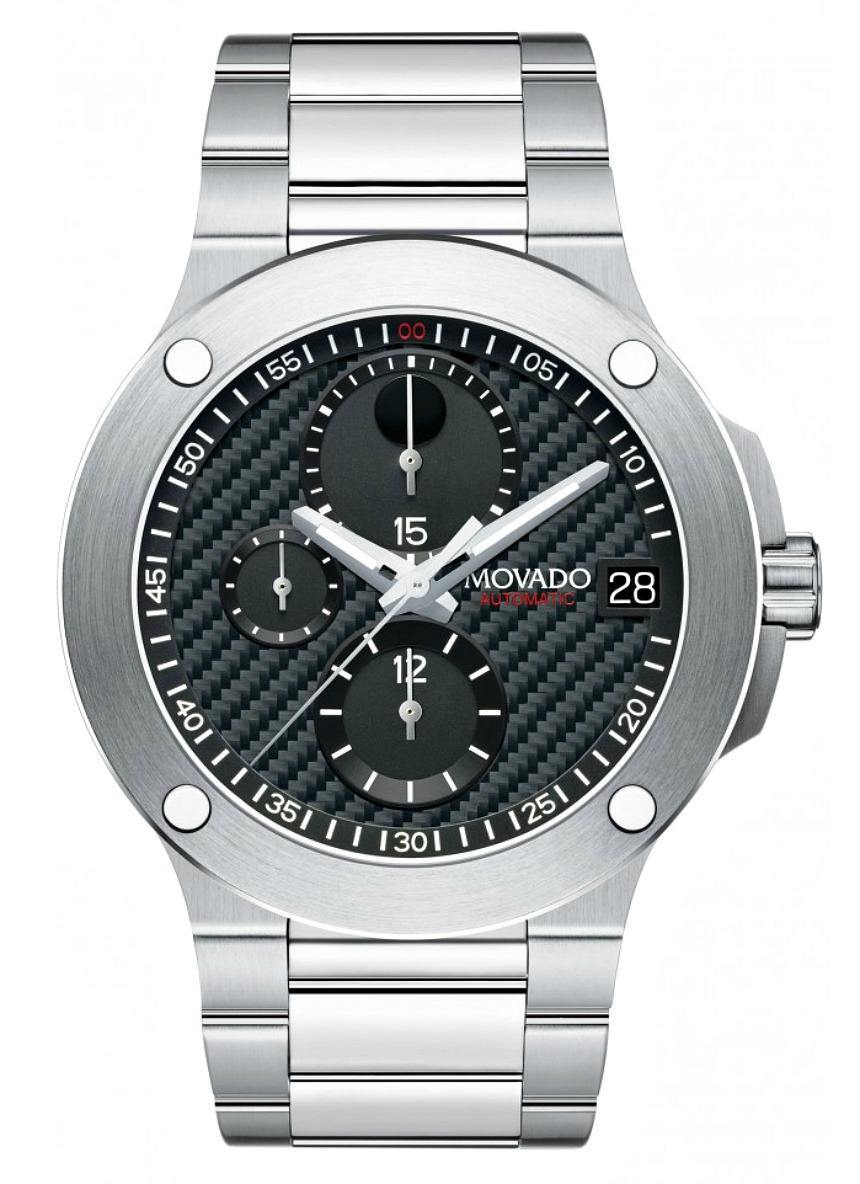 Inside the Movado SE Extreme Automatic 200 Diver is an ETA 2829-2 automatic movement. Perhaps one of the reasons for the 200 meters versus 300 meters of water resistance is that it has a sapphire crystal display caseback. The bracelet is steel, with polyurethane center links. Hopefully that doesn’t come across as being cheap-feeling.