Like it or not, the runaway success of the Apple Watch has confirmed the demand for greater connectivity in everyday watches – and to meet the perceived rising tide at more wallet-friendly pricing, the Movado Group has announced a fresh salvo of genuine smartwatches powered by a new software platform from Hewlett-Packard called Engineered by HP. These fashion-conscious options differ from Movado’s last foray into wearable tech, in that they are more than just activity trackers – and they span the group’s entire watch portfolio, with new designs from Coach, Hugo Boss, Juicy Couture, Tommy Hilfiger, and Scuderia Ferrari. 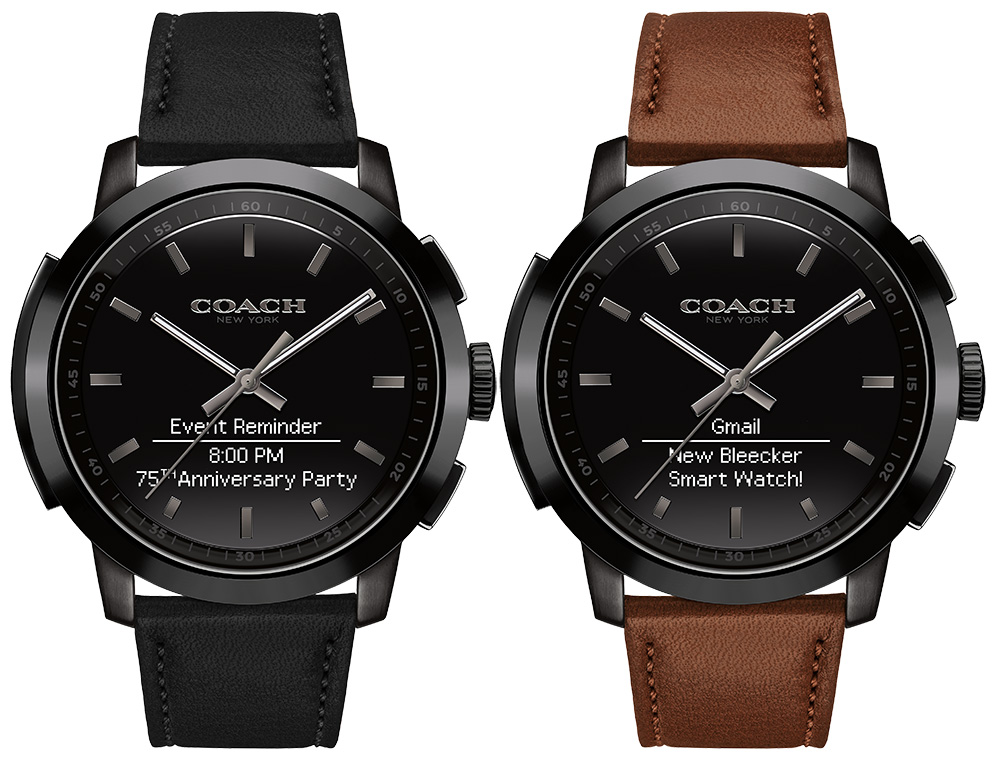 As the “smartwatch” category becomes more clearly defined, it’s more apparent that merely pairing with a phone and tracking a wearer’s activity isn’t enough, and that some levels of interaction and communication of information (both passive and active) are now a standard part of the definition. However, while options like the slick Tag Heuer Connected and the Apple Watch Series 2 both look and engage with their wearers like a piece of technology, these new HP-powered devices are built using classic physical analog watch design cues to appeal to those on the hunt for modern connectivity that’s tucked discretely into a more familiar, stylish watch case. 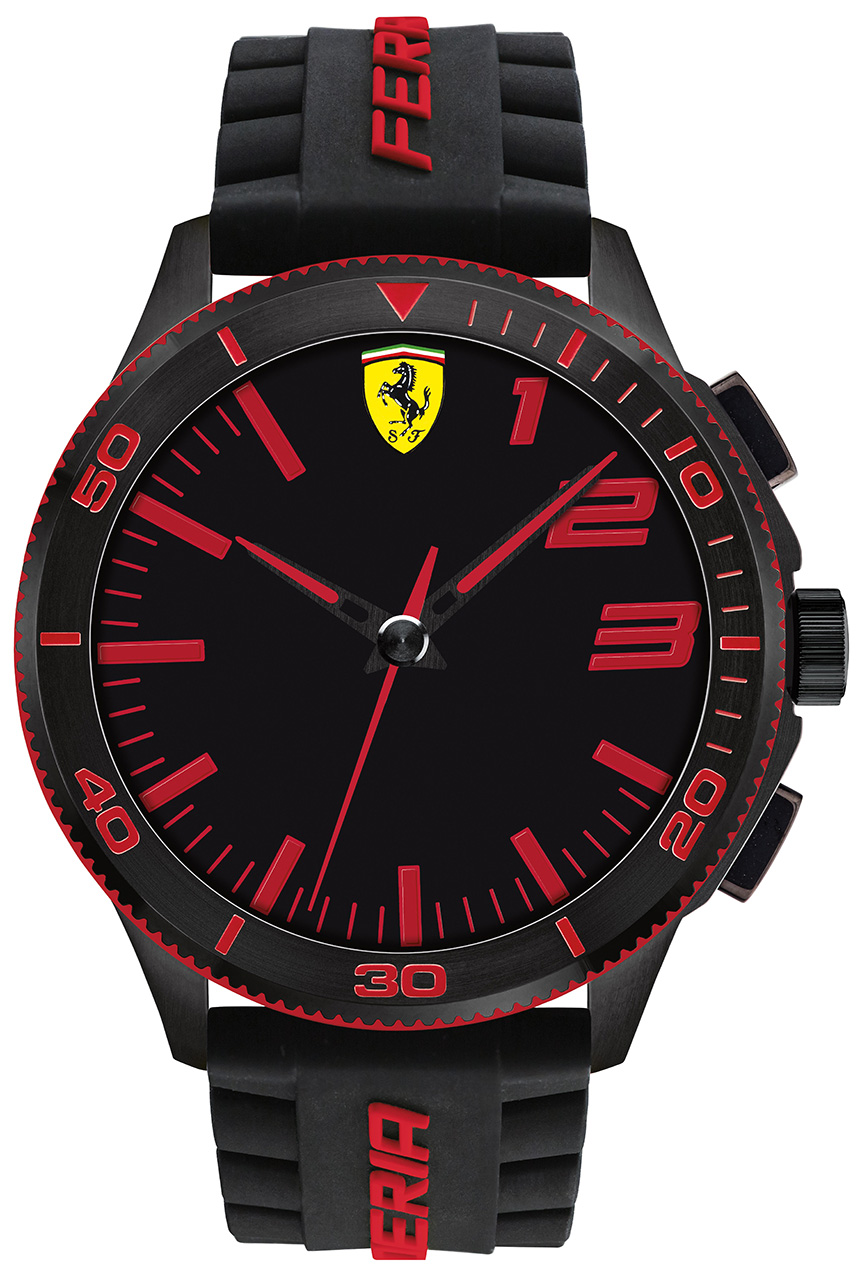 Each watch in the collection has a traditional analog dial and hands, but can be paired with any iOS or Android-powered smartphones to then communicate incoming calls, text messages, social media updates or calendar reminders via a hidden OLED display, and engage the wearer through gentle haptic vibrations depending on context. To keep things from getting too noisy on the wrist, though, wearers have the ability to use the HP watch companion app to fully customize the suite of notifications pushed to their watch from their phone 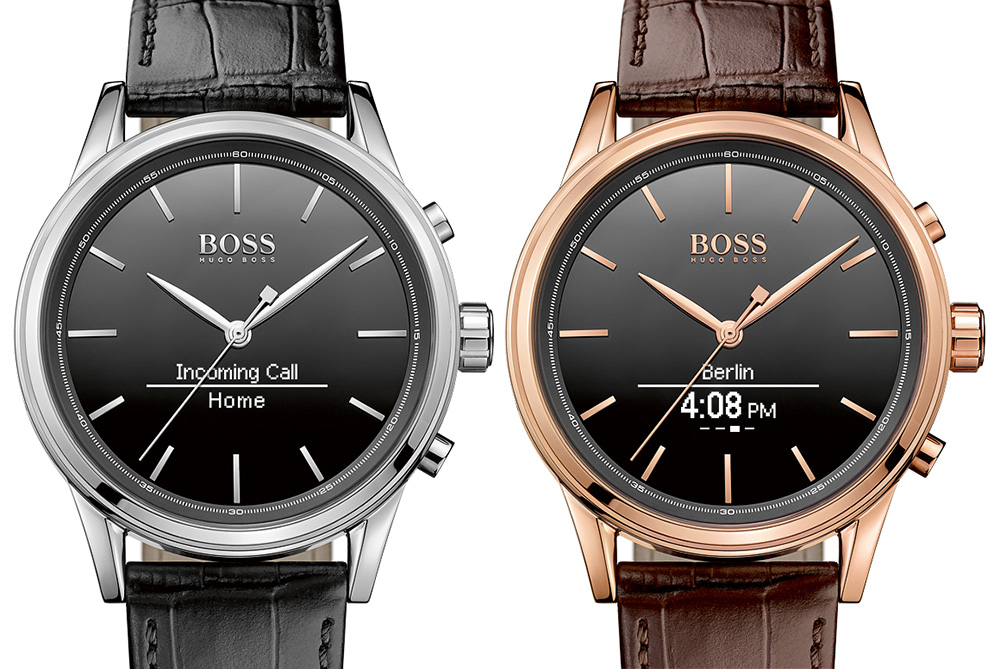 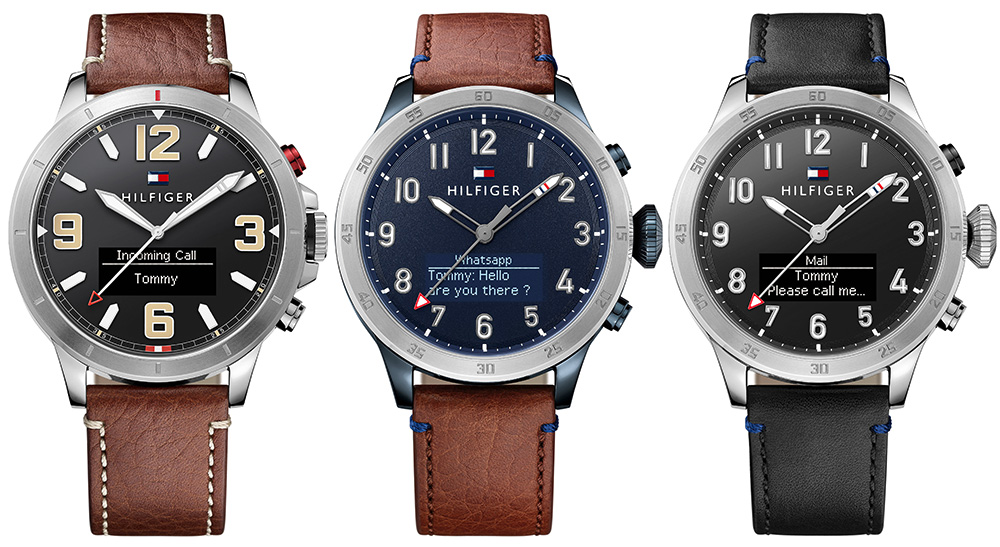 Differing slightly from Alpina’s glorified activity tracker masquerading as a smartwatch, this genre of fully connected ani-digi watches is hardly a new category here on aBlogtoWatch. However, the last time we reported on a similar degree of connectivity and interaction through the Breitling B55, the privilege of owning one would set you back nearly $10,000. HP and the Movado group are looking to bring a similar ani-digi aesthetic, but a more sophisticated level of connectivity (including activity tracking by default) to the masses at a small fraction of the price. Options like the Tommy Hilfiger TH 24/7 start as low as $195, then move up to $295 for the Coach Bleecker Smart, the Couture Connect, and the Scuderia XX Ultraveloce. The premiere option is the Boss Classic Smartwatch, with a price of $325. engineeredby.hp.com