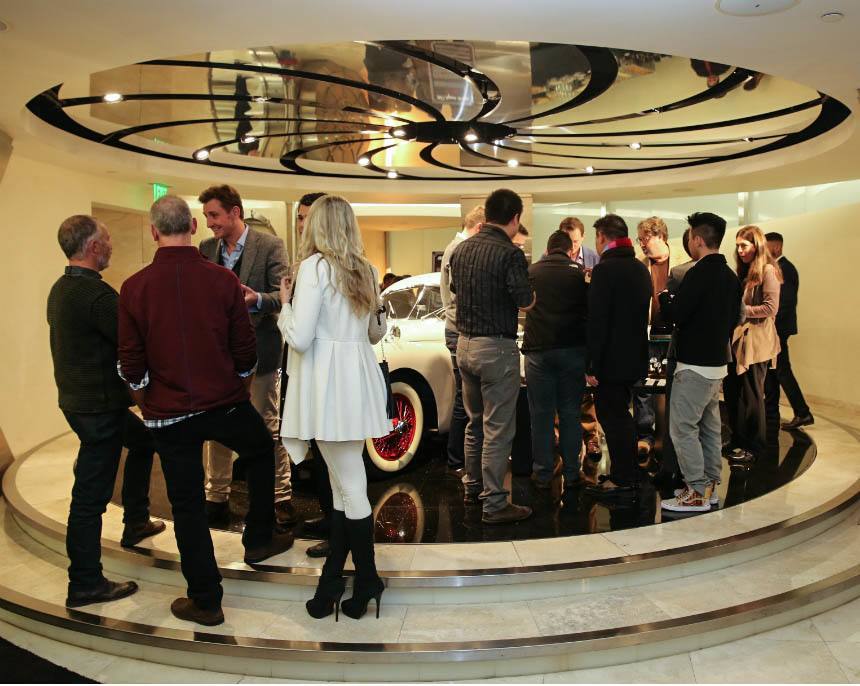 The VIP Aston Martin Vault at Galpin Premier in Los Angeles is usually closed off to the public by a large, curved steel door that only opens at the touch of a James Bond-inspired button. Customers likely walk by every day not knowing that there’s a VIP vault just on the other side, but hey, that’s why it’s VIP. However, on December 16th, aBlogtoWatch and Bremont Watches along with Galpin Motors and their in-house watch boutique, Jewell’s, opened the vault for guests at our holiday party. There was an antique Jaguar, Bremont watches, eating and drinking, and some great conversation with watch lovers and aBlogtoWatch readers – all making for a fantastic evening. However, it wasn’t just an event for the sake of having an event, and really got me to thinking about the relationship between brands, buyers, and why so many watch industry events are giant flops in fostering a relationship between the two. 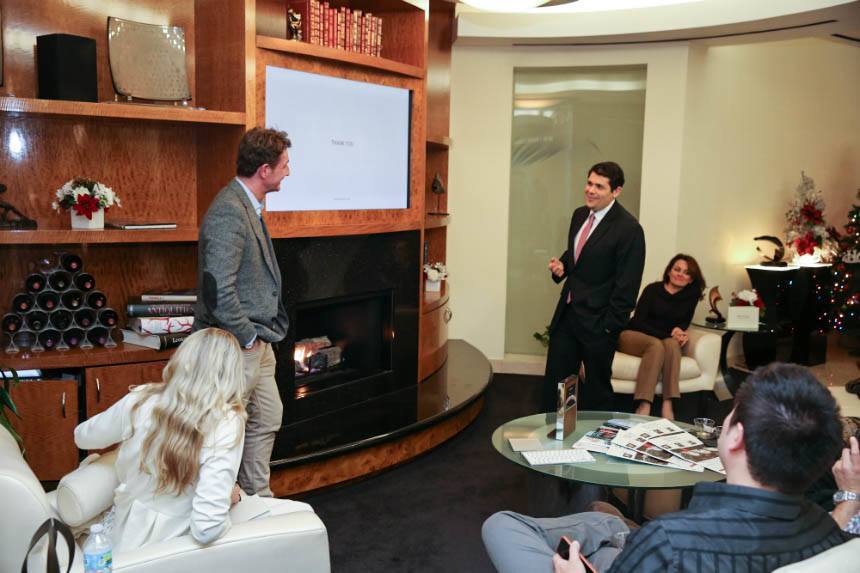 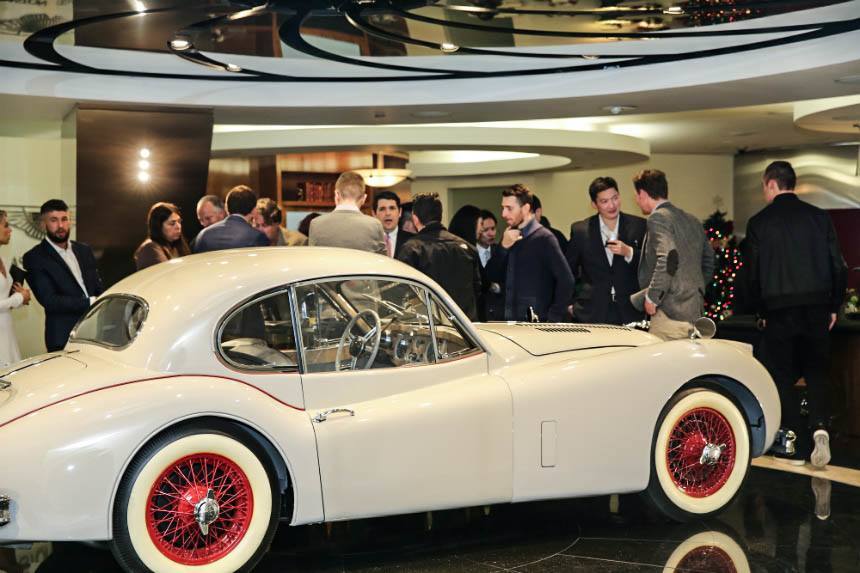 Before I go on, I want to say that this was specifically an interesting night for me because in my relatively brief several months as Managing Editor of aBlogtoWatch, I’ve attended many events hosted by brands (seriously, there are a lot of them), but this was my first that ABTW was hosting. To be honest, I was a little nervous at first, worried this would be yet another exhausting display of pointless revelry masked by pomp and an open bar. That fear was quickly extinguished when I thought about the improbable coalescence of the entities that made up this event. 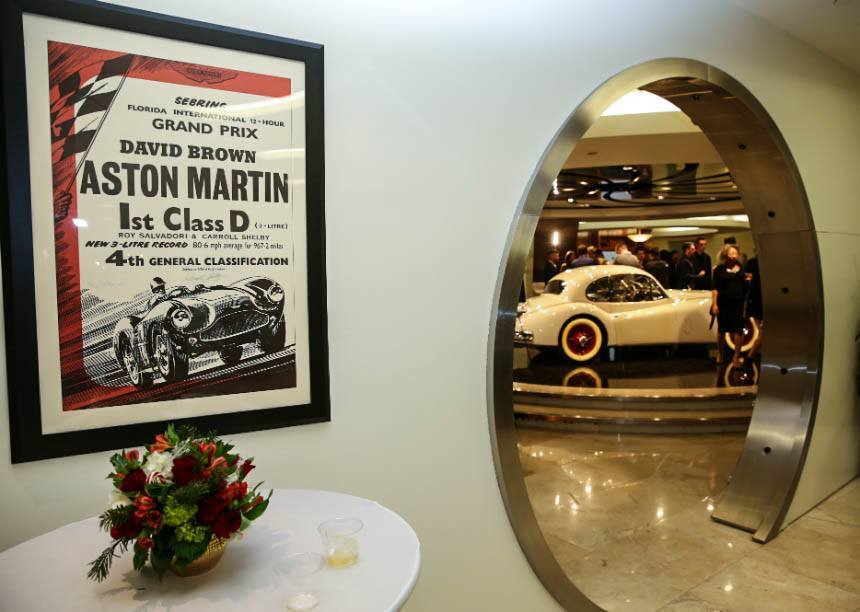 First of all, you’ve got a literal vault for Aston Martin buyers in the middle of a Jaguar dealership in Los Angeles. On top of that, you attach a watch boutique adjacent to this Aston Martin Vault in a Jaguar dealership in Los Angeles. Then, you’ve got Bremont Watches, where Ariel and David recently did a manufacture tour where they, among other things, looked at the Ian Callum (head of design at Jaguar) designed MKI and MKII watches which are inspired by the Jaguar F-Type and E-Type, respectively (Ian also came from Aston Martin so everything seemed to make even more sense). With these three entities in mind, invited to the event were enthusiasts, collectors, and brand reps with a real love of watches and these cars. Without aBlogtoWatch (particularly Ariel Adams), there is no way the story of these unique and disparate participants could have been celebrated in a way that reached out to our guests and served a real cohesive purpose. What I am trying to say is that, whether or not it was clear to the outside world, the event would not have happened without aBlogtoWatch, and that we didn’t simply invite people to a pre-planned event. 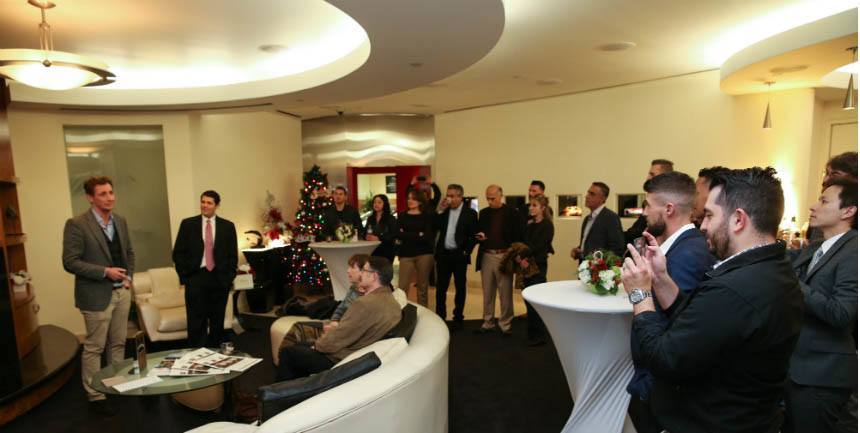 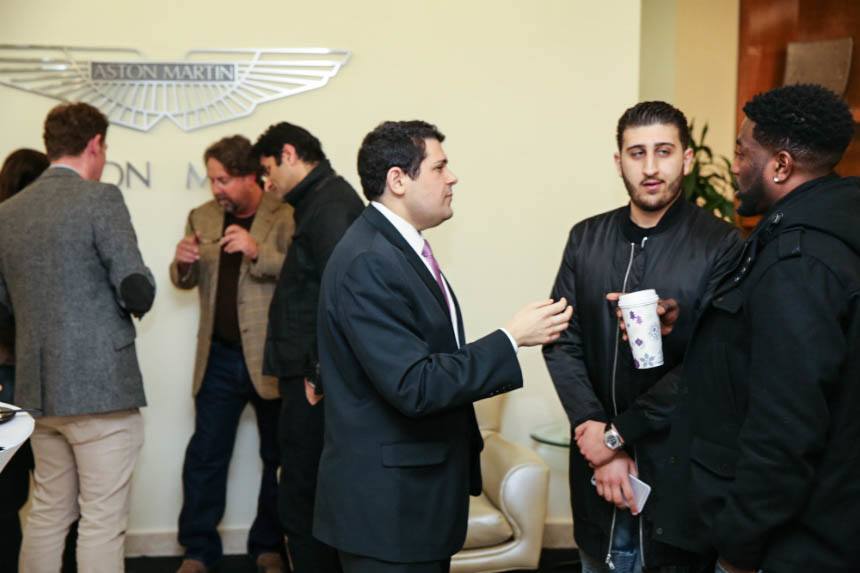 Nobody wants to sit and read the minutes about an event they weren’t at, but for those of you who weren’t able to attend, let me share a story from the night that I think shows why this party was a success and the purpose it served. Nick English from Bremont had a Q&A session, and the first question off the bat was a bomb. The question was “where do you get your movements?” alluding to the brand’s communication fumble from about a year-and-a-half ago which involved unclear language about the partnership with La Joux-Perret in their BWC/01 automatic movement. Nick took the question in stride and honestly responded, citing the sourcing of some parts from ETA and La Joux-Perret and restated his strong desire to be fully in-house sometime in the not-too-distant future. 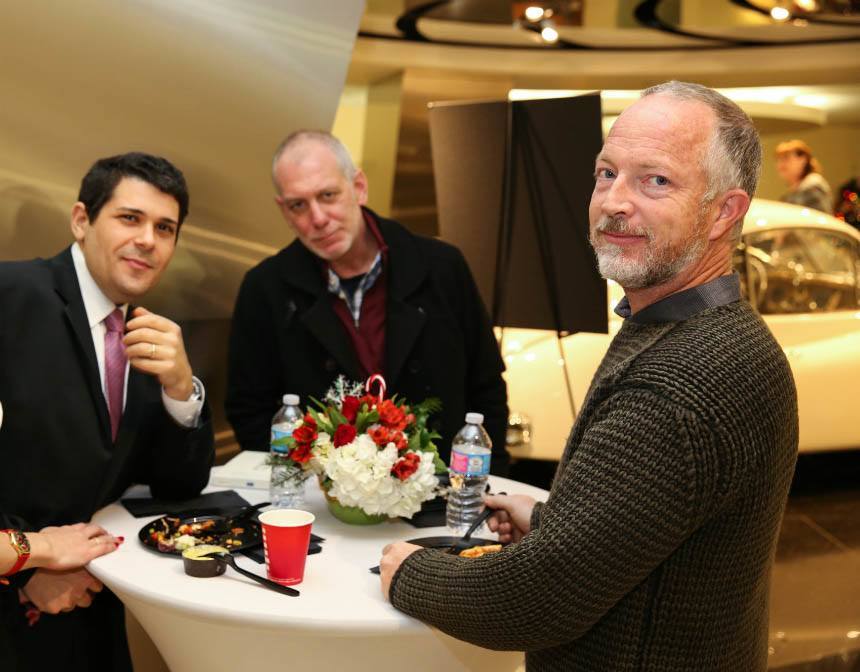 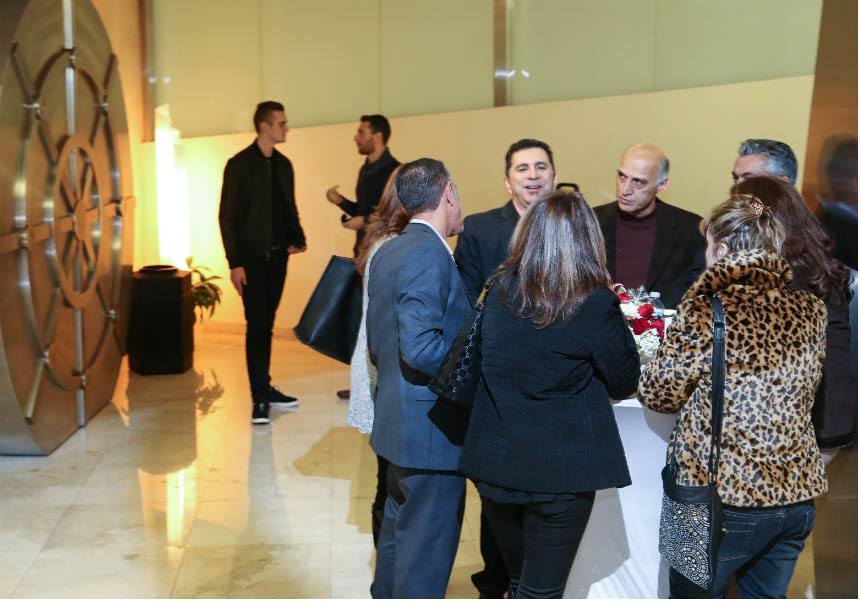 In our opinion, the situation is closed, and the brand has explained themselves – and we further think they make an impressive product. There was, however, the need for closure among some in the enthusiast and collector community. Nick delivered on this, and I was happy to see the questioner and Nick getting along famously after the Q&A – he was at the event, after all, because of a genuine interest in the brand in addition to being an aBlogtoWatch audience member. I was glad to see this in-person, face-to-face dialogue between the two of them take place for all to see. Sometimes, it takes a social event and a conversation in the right venue to get this kind of closure, and I was proud we curated that environment. Frankly, these kinds of situations between aBlogtoWatch and brands happen with some frequency, and it is in the one-on-one conversations where the issues are often resolved. Unfortunately, you guys don’t always have the option of engaging in this intimate way. In my opinion, this part of the night was a real victory and cause for celebration for every party involved. 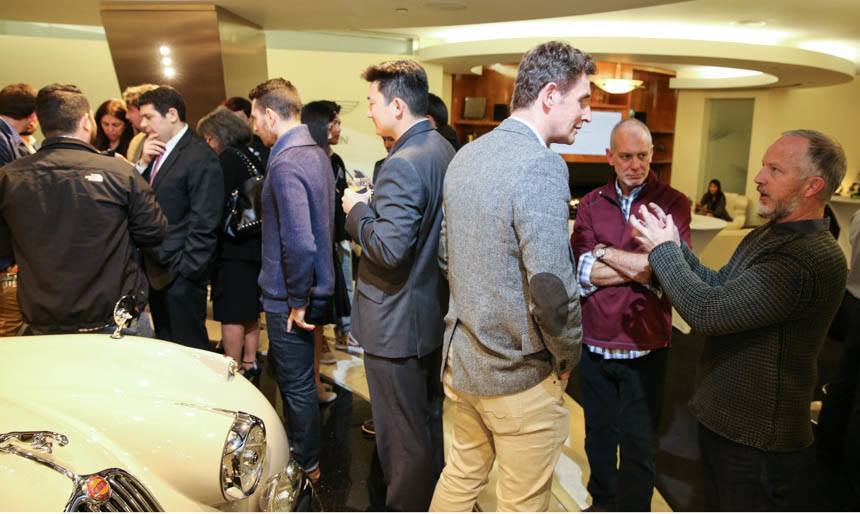 At its best, an event has a moment like this. aBlogtoWatch curated the environment that fostered this moment; it could never just happen on its own. An aBlogtoWatch event is a democratic environment where brands and buyers are positioned equally and where egos are left at the door. We are invited to do events all the time, but we rarely participate because there has to be a reason. I am thrilled that we could successfully get the disparate elements that make up the watch world together and have a great time while engaging in frank and entertaining conversation. 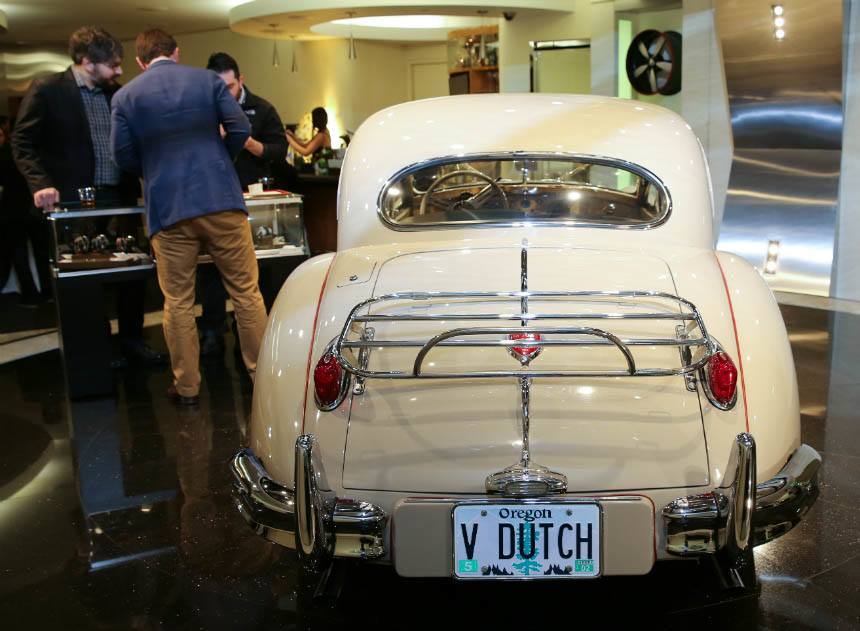 In a way, the event was a perfect representation of why I was a longtime admirer and fan of aBlogtoWatch before I joined the team. I’m proud that there’s room for an honest media broker in an industry that can be fraught with self-promotion, hype, and posturing to the point of exhaustion. And if it sounds self-congratulatory, that’s not my intention at all. I hope I can connect with those of you who I got to speak with at the event, and even more so, I hope we can get more of you guys to come to events as great as this one in the future.