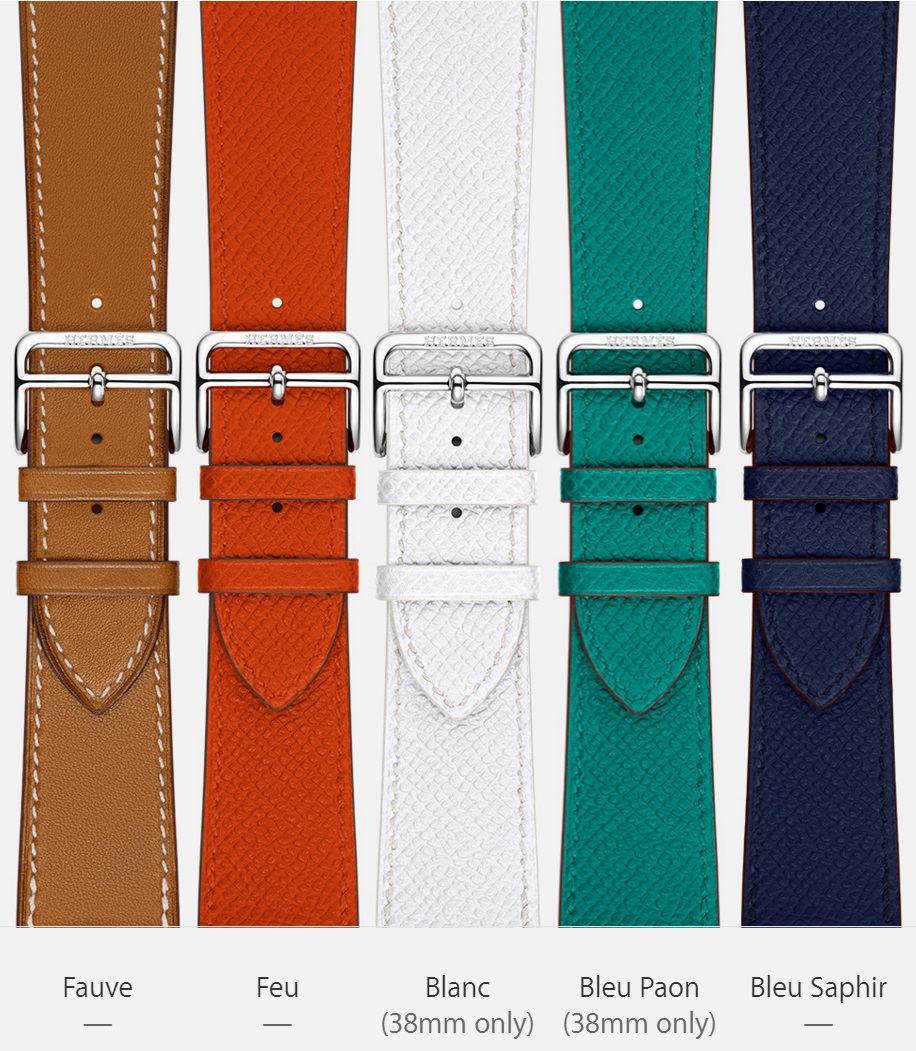 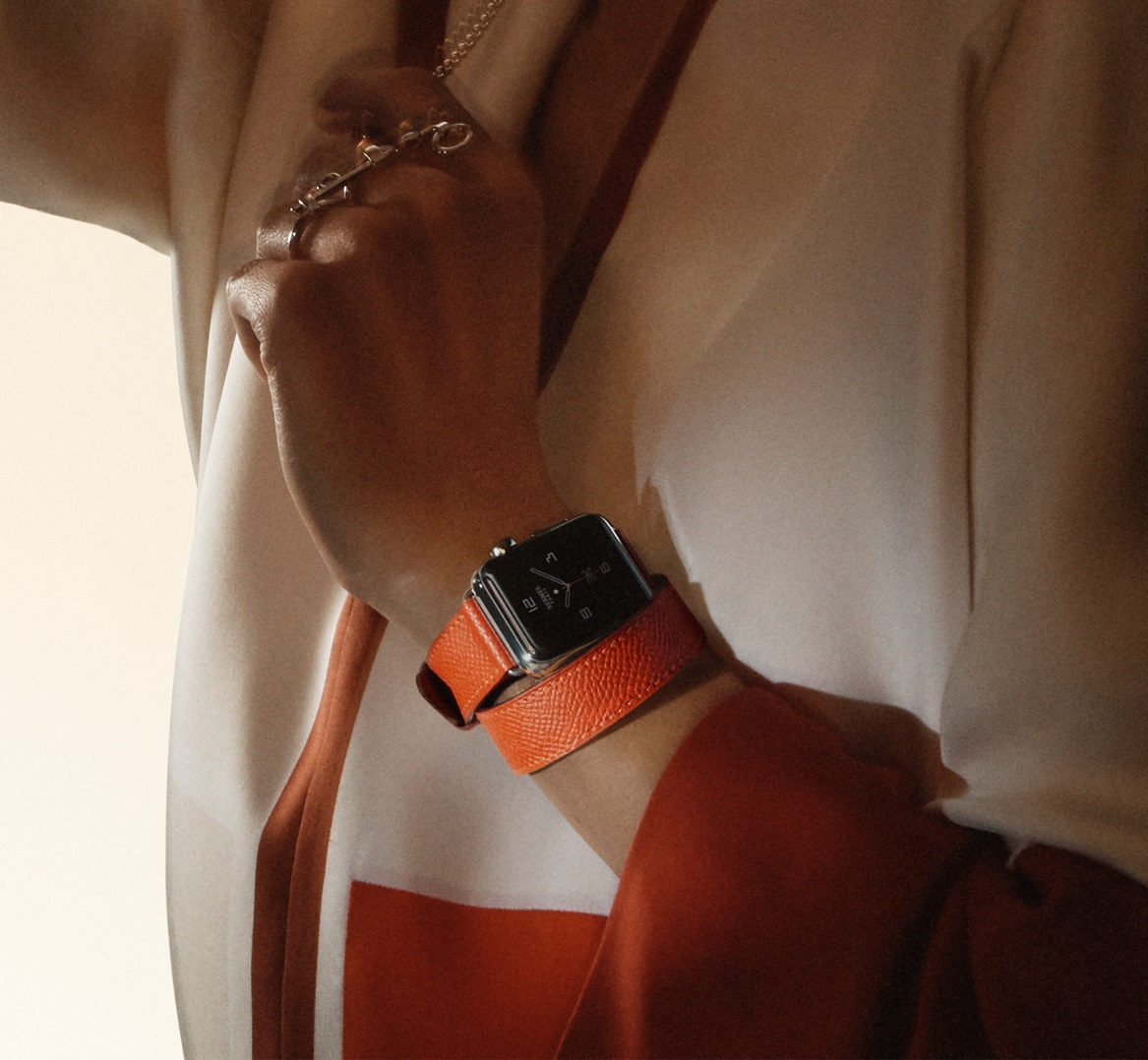 For 2016, Apple is adding new color versions of Apple Watch Hermes straps, as well as making them available for purchase without a corresponding Apple Watch as a set. Further, if you want to buy an Apple Watch Hermes with the strap as a set, you can only do so with the Fauve Barenia color (tan) straps starting April 19th. 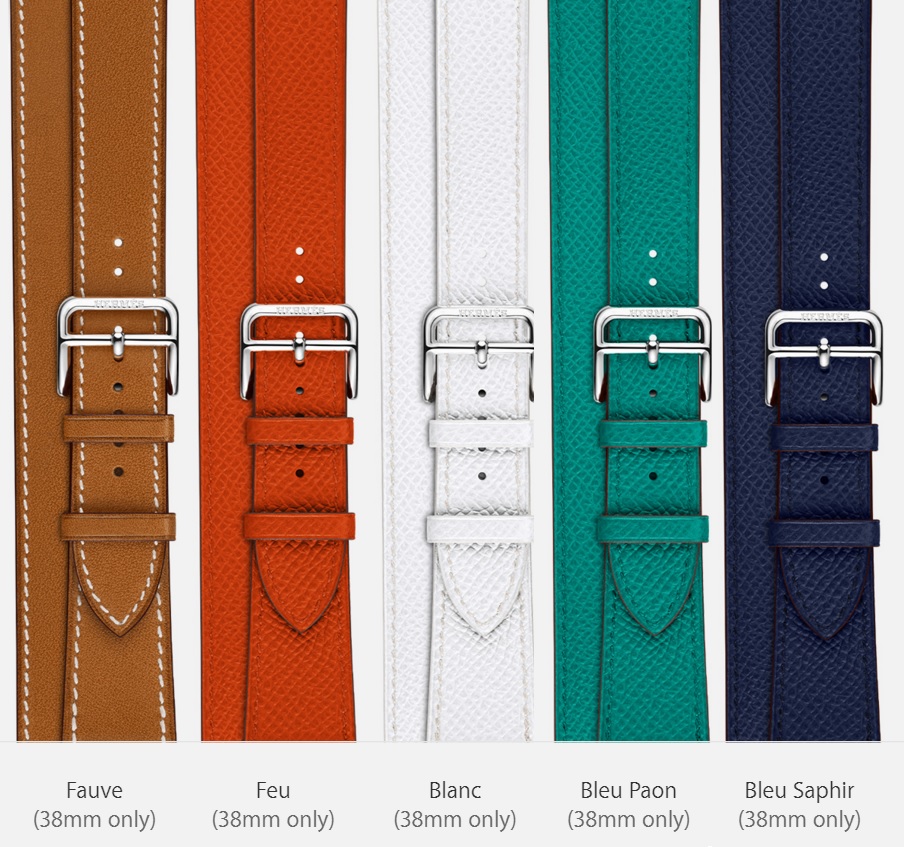 Apple Watch Hermes straps come in three versions including the Single Tour (38mm and 42mm versions), Double Tour (38mm only) and the Cuff (42mm only). All of the original Hermes strap color versions as well as the new colors will be available for purchase separately, and together they include Fauve Barenia (tan), Noir (black), Capucine (red), Bleu Jean (lighter blue), Etain (gray), Blanc (white) and Feu (orange). That is a total of seven colors available across the three different Hermes straps for the Apple Watch.

I’d like to point out that I’ve never felt anything was wrong with the non-Hermes leather straps Apple offers for Apple Watch as each is very good and unique in its own way. The Hermes straps, of course, come with a distinctive look and feel, are hand-crafted, and also arrive with an increased level of prestige given the Hermes branding. Hermes does leather very well, and combined with Apple’s more selective distribution of the Hermes Apple Watch straps – makes these Apple Watch accessories desirable for the right demographics and furthers Apple’s goal of makings its Apple Watch the premier choice of smartwatch for luxury consumers.

This is also good news for those who want to pair an Hermes strap to their existing Apple Watch without having to buy a new watch to go with the strap as a set (as was previously necessary). This is also good news for those people who have an 18k gold Apple Watch Edition who want to pair their timepiece with an Hermes leather strap. Of course, these are luxury leather items and come with a matching price. Though, I’ll be honest that at least for the Single Tour straps, they aren’t out of line for Hermes-quality watch straps for traditional watches. I’ve included a price chart for the various Apple Watch Hermes bands below with more details, but prices are $340 for the Hermes Single Tour, $490 for the Hermes Double Tour, and $690 for the Hermes Cuff. apple.com/apple-watch-hermes 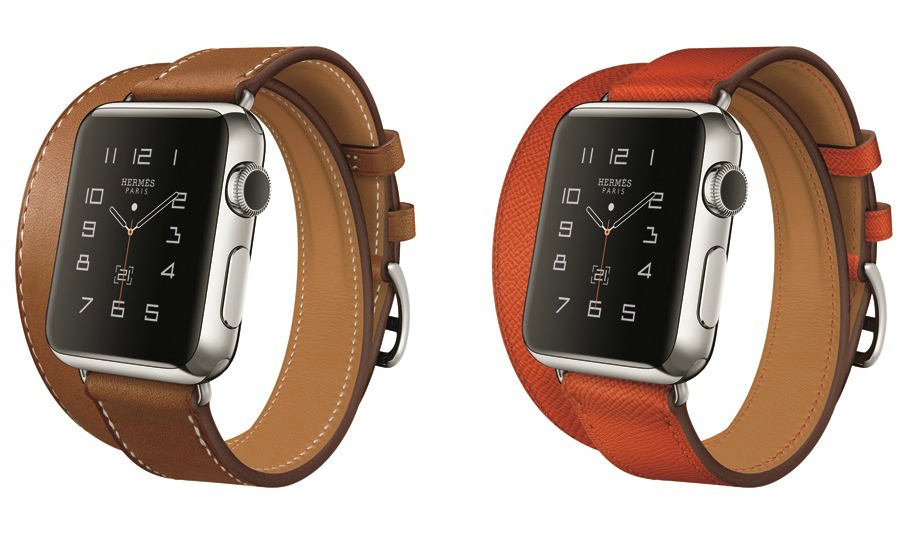