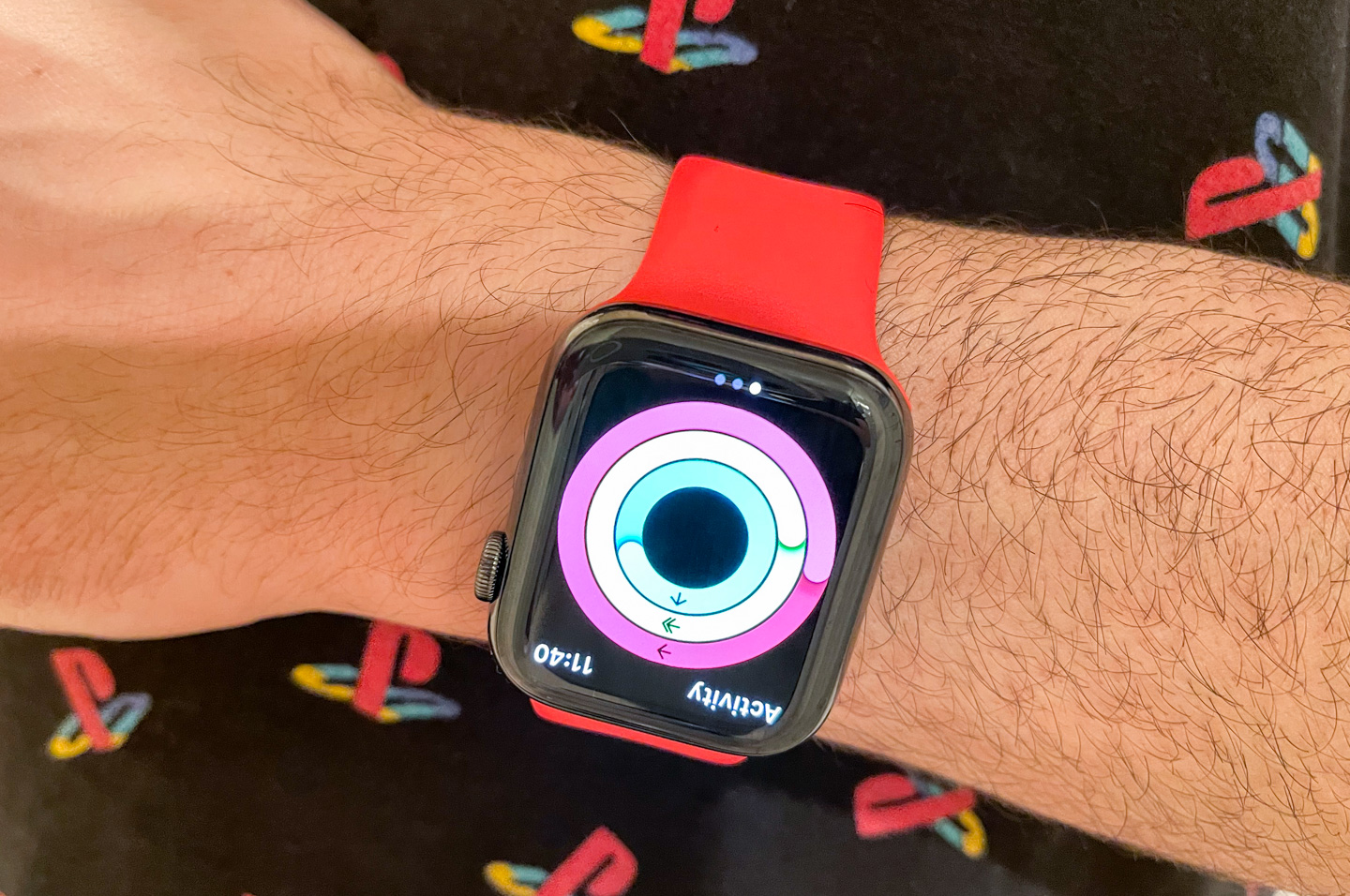 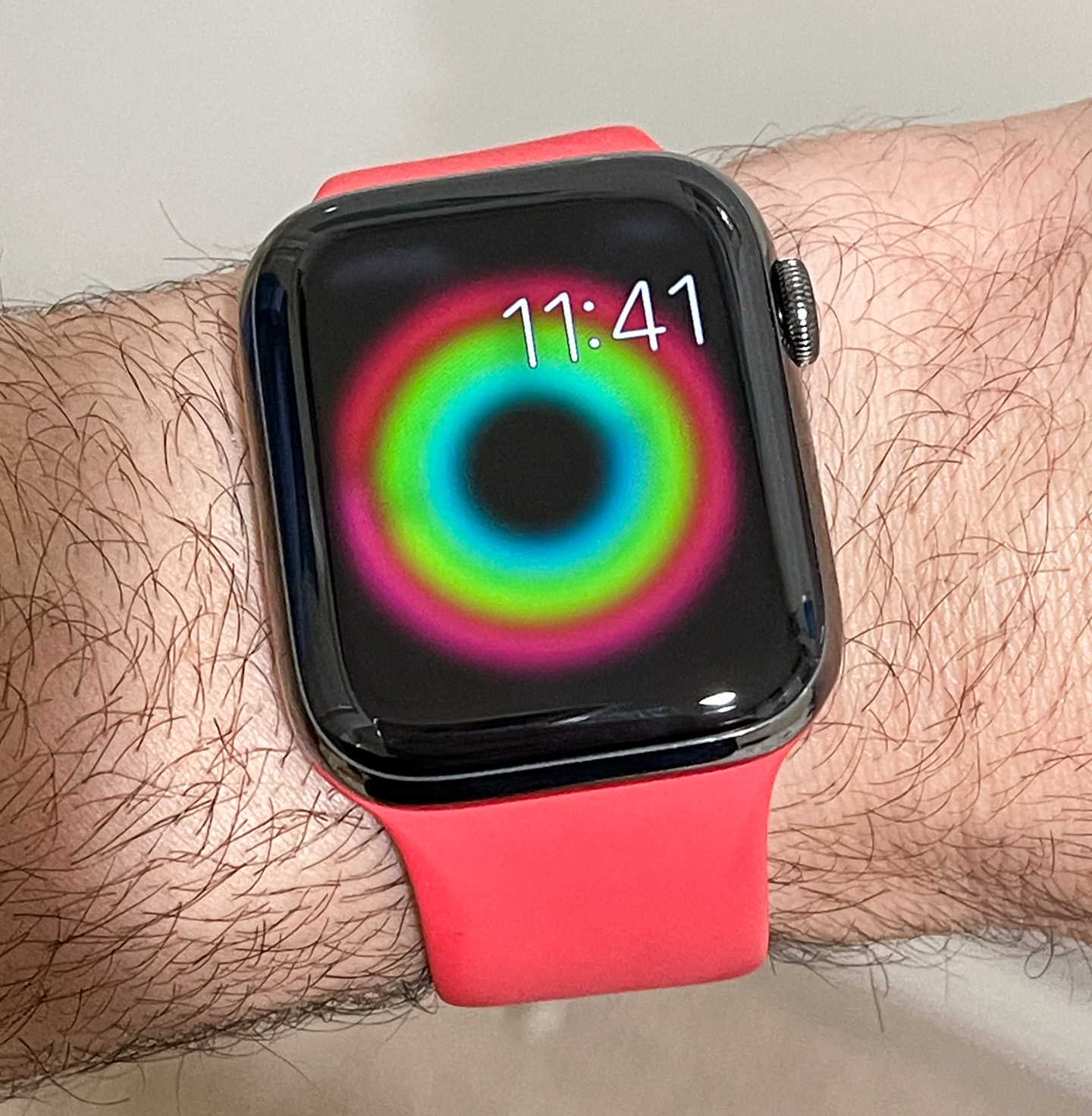 For a lot of people I know, a major victim of the pandemic has been the phenomenon of positive reinforcement. Nearly everyone I’ve been in touch with (well, very little actual touch) over the last year has experienced a decrease in positive feedback, and in many instances, an increase in negative reinforcement from an understandably frustrated world around them. What does this have to do with smartwatches? That is a good question. I’ve been finding that one of the most common forms of positive reinforcement that I have been getting during the pandemic has been via an Apple Watch or other smartwatch. How is that so? 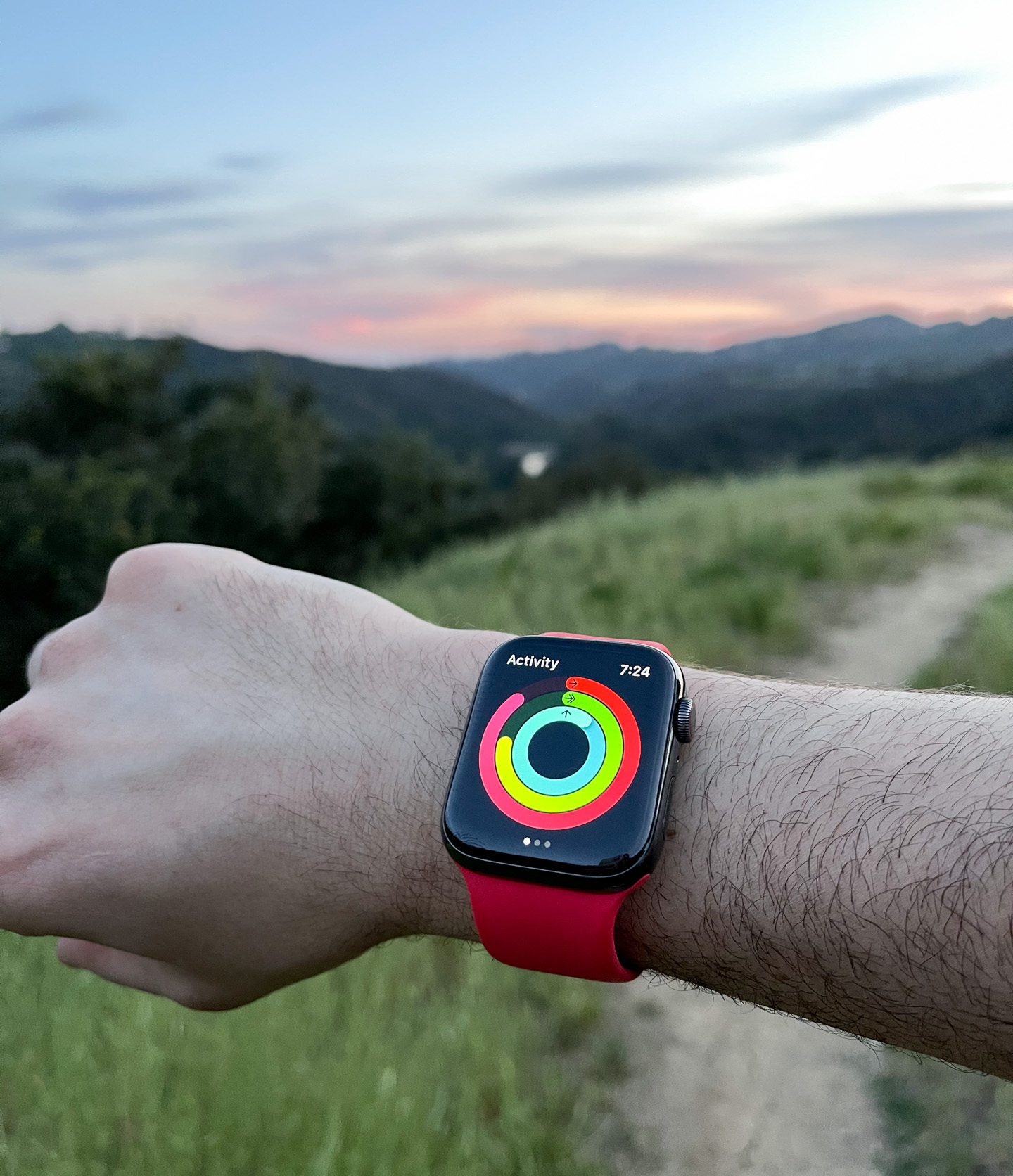 How, exactly? It is that feeling you get when you look at your smartwatch and it notifies you that you’ve just completed an activity goal or are at least off to a good start. Over the last year, I’ve worn both Google Wear OS-powered smartwatches and the Apple Watch (mostly the latter), and in their own ways, they each offer positive reinforcements via the form of notifications. Getting this feedback can feel remarkably good, especially in isolated times when there are few (if any) witnesses to your achievements.

If there is anything people have wanted to hear more of during the pandemic, it is that we are doing a good job. When my Apple Watch tells me that I did a good job of meeting an activity goal, not only am I being reminded that I’m doing something positive for my health, but I actually feel a little bit that my efforts are being acknowledged. I’m even starting not to care that I was told this by a machine. 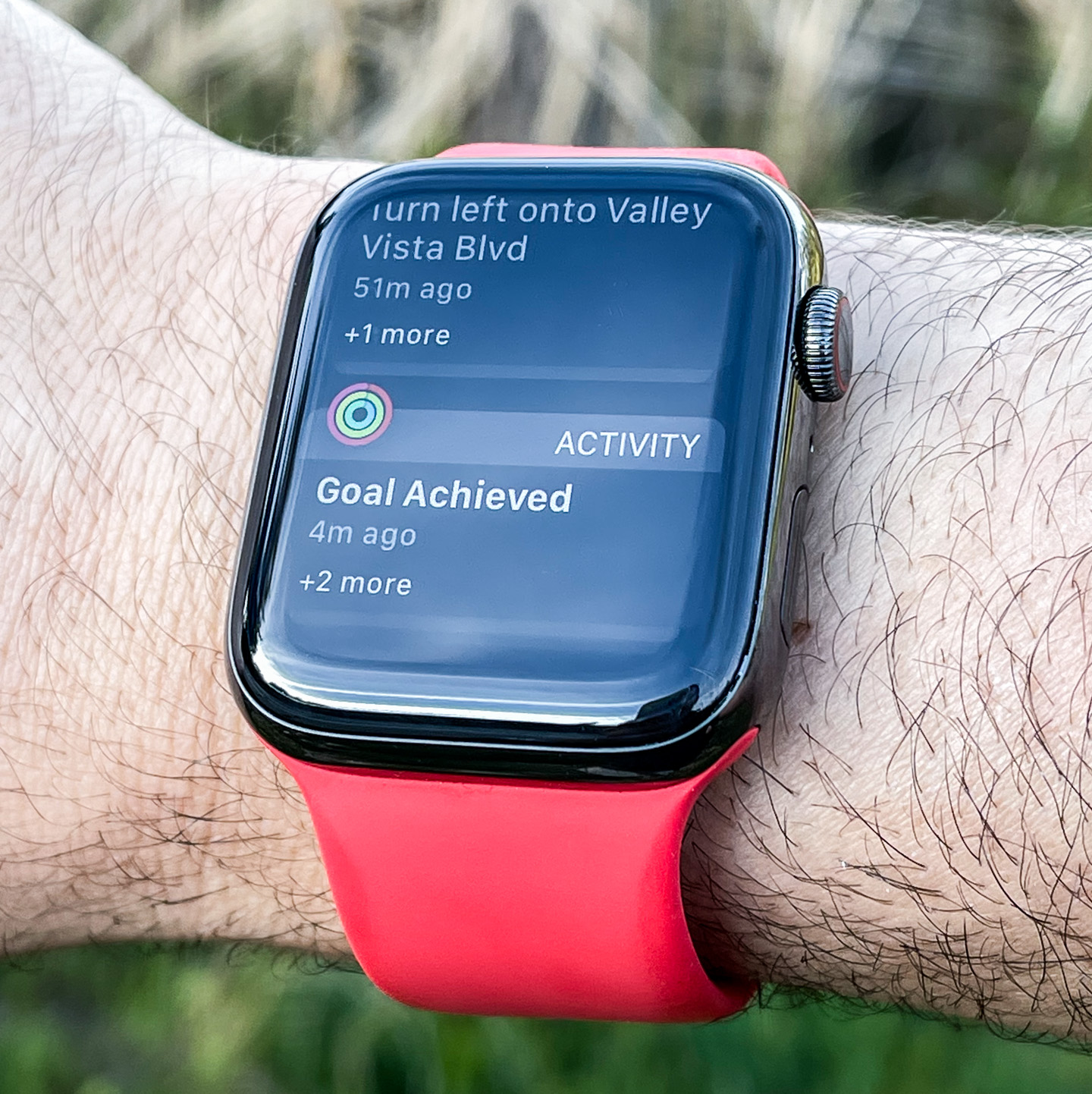 That’s sort of the funny thing about positive reinforcement; even though we probably prefer it from another human, we will accept it from something else if that is the next best thing. Consider the popularity of pets. Do they not mainly serve as a proxy for sentiments most people would probably prefer from another human being? An Apple Watch isn’t a pet, but it does follow you around and watch what you are doing rather closely. If no humans are around to reward me for good behavior, I think enough of the time I’m happy to receive some sort of praise from a form of artificial intelligence.

Some people refer to this as the “gamification” of activity, i.e., that the software inside your smartwatch is simply offering you a small chemical reward for completing a goal, and that such small chemical rewards can be addictive. That’s true, but these are “addictions” we had prior to smartwatches being in our lives. If a smartwatch can supplement actual human acknowledgment in areas such as reminding you that it was a good idea to go take that walk, then I’m not so sure that is a bad thing. The end result has been for me to feel better, and I probably maintain a higher level of activity thanks to my desire to “close the rings” (a reference to completing your exercise goals via the Apple Watch software). 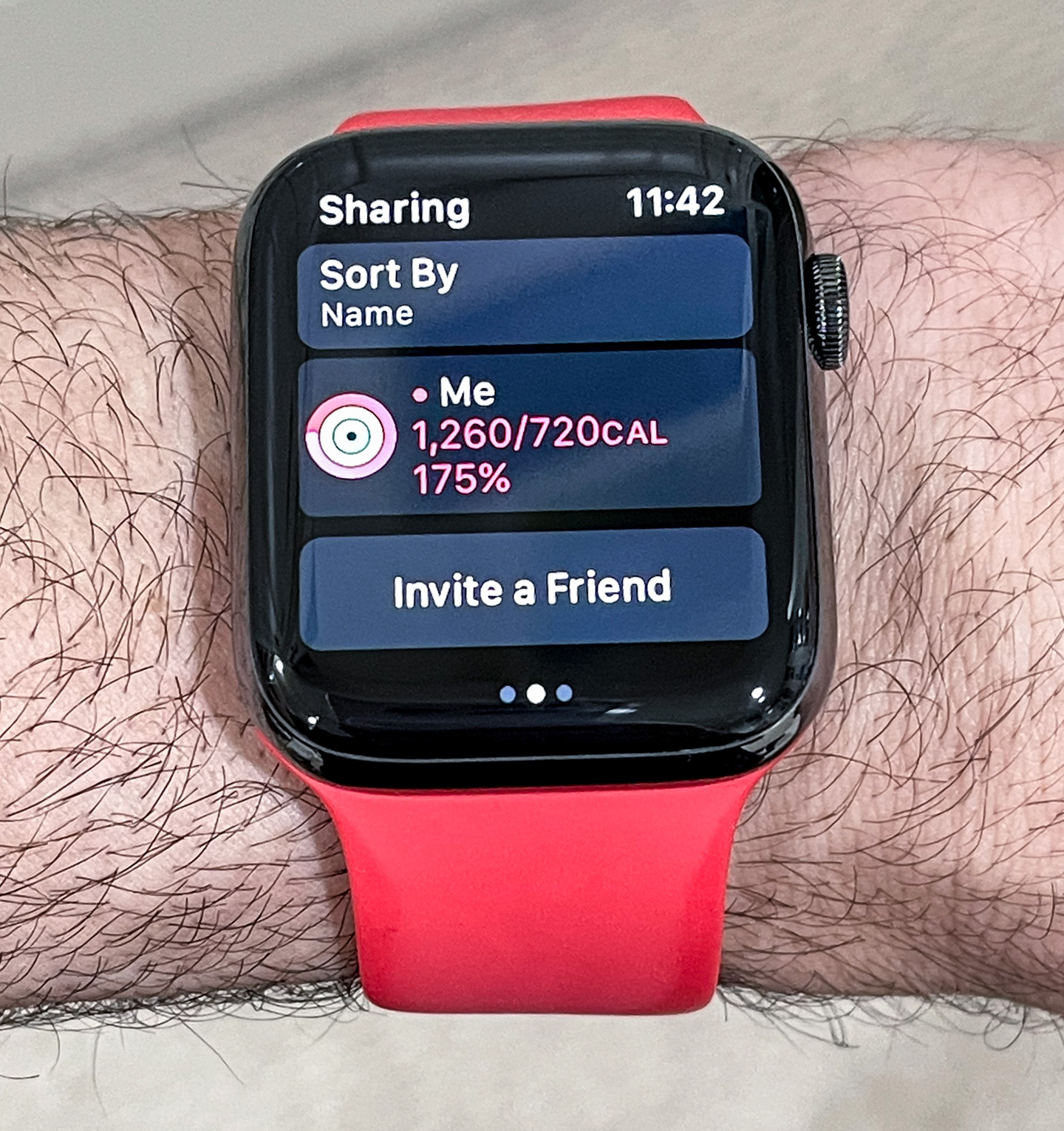 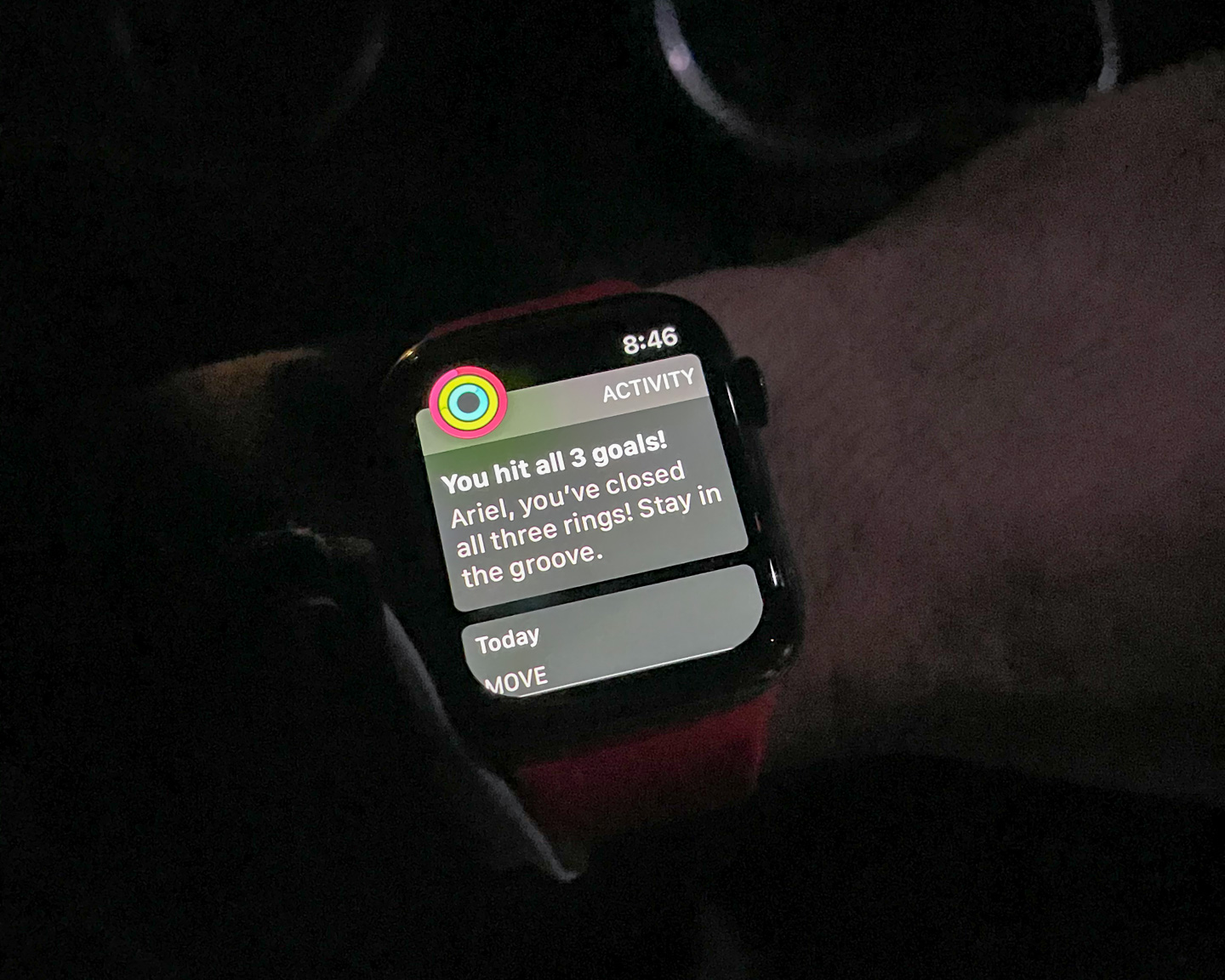 The personal nature of smartwatches somehow makes notifications about your daily activities seem more natural there than via your smartphone. From the launch of the Apple Watch, Apple used language such as, “The Apple Watch is the most personal product we have ever created.” The engineers then knew something that consumers are only starting to learn now, which is that the fact that smartwatches touch you all the time and know you more intimately means that the relationship they can have with is very personal.

Current notifications that can reward the wearer with a real feeling of positive reinforcement mainly focus on exercise goals, at least for now. Smart device-makers know that gamification of rote tasks does make them more fun, and the ability for games to both motivate people and add to their self-esteem has been known for decades. Life isn’t a game because there isn’t really a clear way to win. Software can, however, transform mundane parts of human existence into games with scores, competitions, prizes, and even community. 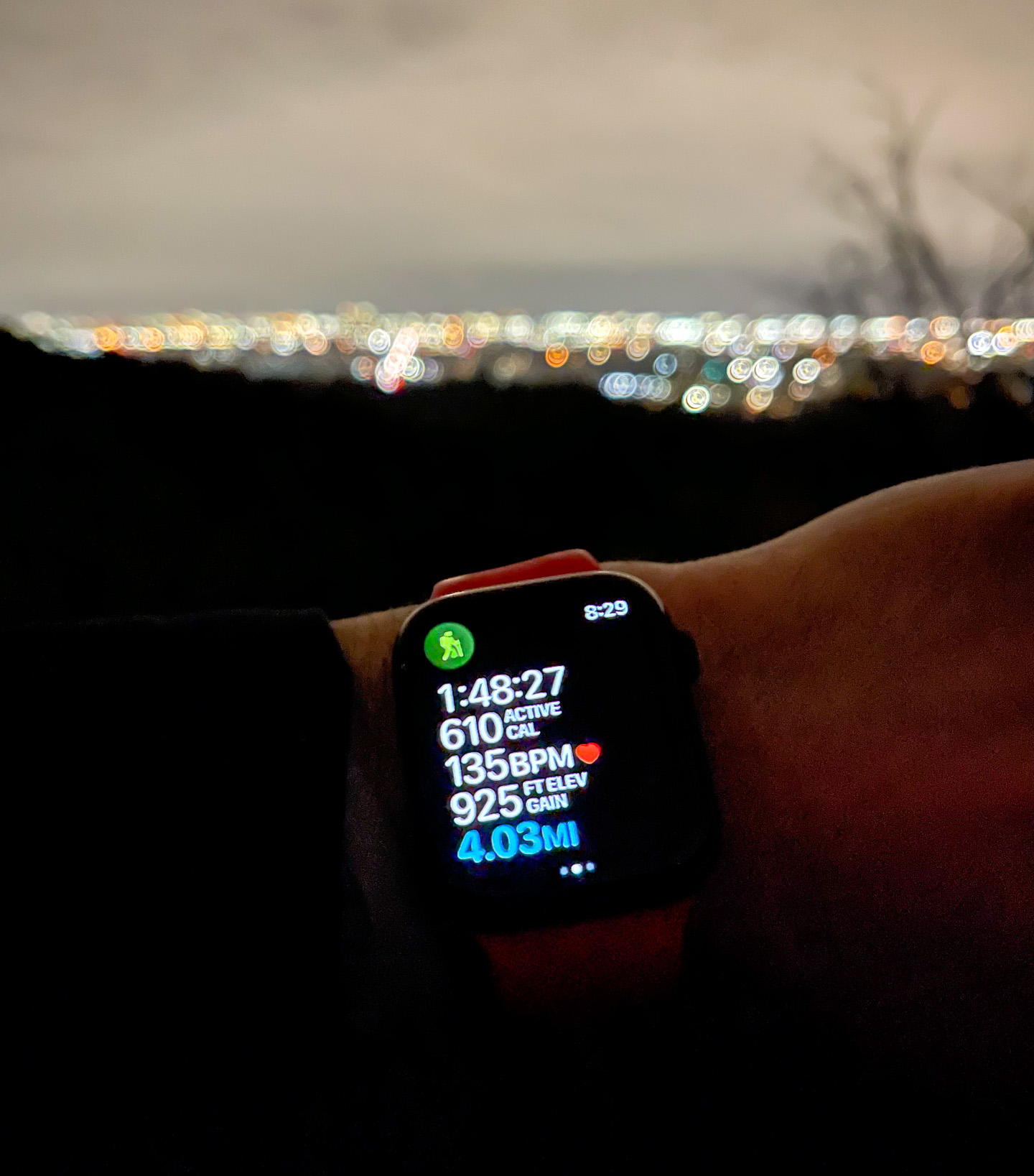 Even if Apple Watch notifications are mostly limited to fitness tracking, the variety of them is interesting. What I really enjoy is how nuanced some of the notifications are. Let me give you an example: The Apple Watch lets you know if you’ve exercised enough (let’s say, as measured by having a high heart rate while in motion for a particular period of time) in a given 24-hour period. Upon completing that goal, you get a notification and dial animation. The Apple Watch will also sometimes acknowledge if you complete your goal particularly early in a day, or if you have significantly exceeded your typical activity levels. These require a more nuanced look at the behavior of the wearer. Privacy advocates probably bristle at this, but the tradeoff is software that does sort of know you. And who isn’t guilty of wanting more attention and to be better understood?

Looking forward I can imagine that clever smartwatch software developers will find new ways of giving people “good news” via on-wrist notifications. “Great job, you managed to visit your mother,” or “You made it to work on time all week” are encouraging sentiments that our smartwatches are uniquely designed to share with us. Even though these are automated (and inhuman) communications, I don’t think that entirely deflates their ability to make a human wearer feel good. The notifications are based on actual choices we as humans make. If we make the choice to be active enough, then a notification that acknowledges the result of that choice feels good whether or not it was uttered by a living thing. The idea is that we are being reminded when do a good thing, a sensation that can be highly therapeutic in today’s world. 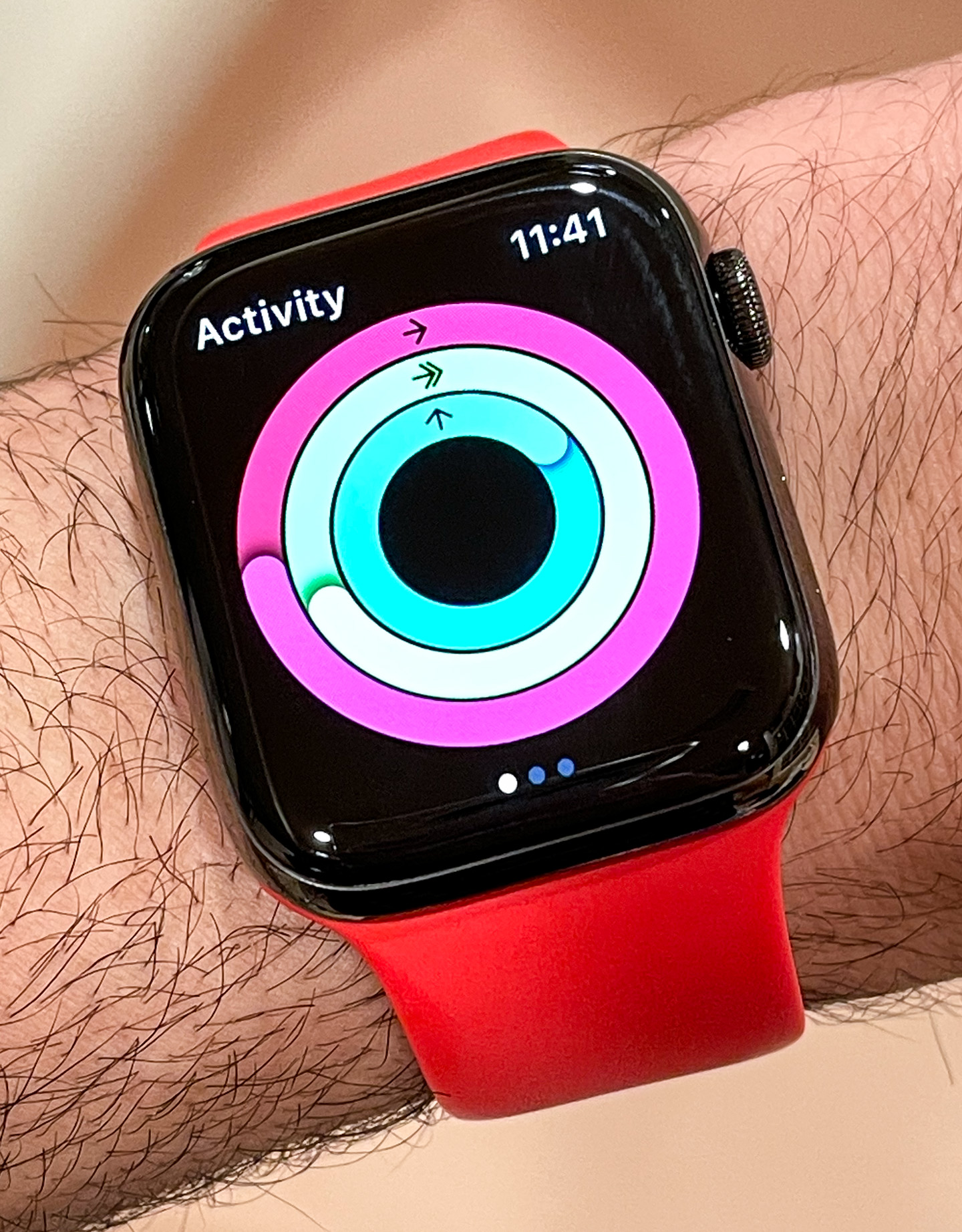 The longer I’ve worn smartwatches such as the Apple Watch, the more and more personal I’ve seen them become. For most consumers, this will probably be a good thing. This topic is never complete without a warning of the potential downsides to such technology if consumers do not press software and hardware makers to respect certain rights and employ needed morals. Privacy is a major concern of many people, but I don’t think it defeats the value of these products. Smartwatch software makers can easily limit the data they collect from users and still provide highly personalized services to consumers who want their smartwatches to know them because they actively track them.

Privacy isn’t actually what I am most concerned about — it is mental health. Gamification of human processes can lead to negative results as much as gamification be can deliver positive results. Look at how social media platforms are increasingly being blamed by psychologists as being responsible for wholesale human insecurity and depression. Games are fun when you win them, but frustrating when you don’t. While some users might want to amp up the challenge level of their own digital coaches, I believe that most smartwatch wearers would rather their digital companions be friendly and supportive. That same good feeling I get when I learn that I completed my exercise goals for the day could just as easily be a negative sentiment if I were reminded that I didn’t complete the goals. Apple’s engineers seem to intuitively know that consumers want good news or no news at all. I don’t think that rule will be pervasive as more and more people wear smartwatches. 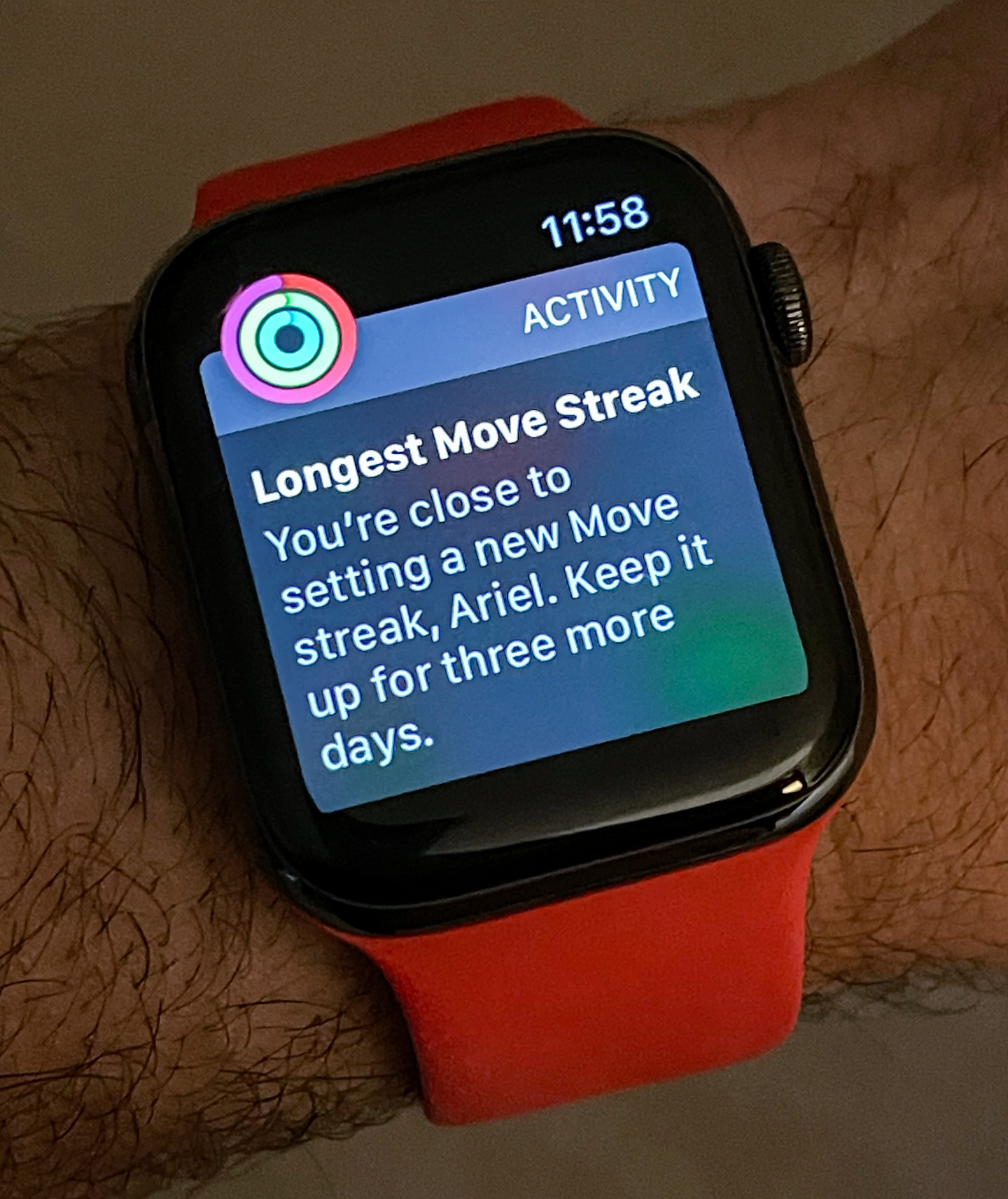 Society will adapt to the onset of digital gratification devices (or their counterparts) through what I hope is a lot of conversation on the topic. Our technology isn’t just there to make us feel bad, because it equally has the ability to make us feel good. Technology is merely a tool, and it is up to the creators of those tools to decide how users feel when engaging with them. I think that is a very salient notion in a time when large swathes of the population blame Internet media for a lot of the world’s woes.

Just as traditional mechanical watches are enjoyed by wearers because of their propensity to make people happy, so will smartwatches need to be. Being a robust and powerful tool isn’t enough. For smartwatch platforms to truly gain mainstream consumer acceptance, those products will have to routinely make consumers feel good while using them. Products like the Apple Watch are off to a solid start, and I hope that each year smartwatches continue to be very personal reminds that we as wearers are going a job try, trying really hard, and successful because we spent enough time on our feet that day. Learn more at the Apple website here.

All of the above images were taken with the Apple iPhone 12 Pro Max smartphone, with the intention of capturing the Apple Watch in mostly very low-light environments and demonstrating how technology in the iPhone is able to amplify available light in environments that typically would not allow for such photography.
Advertising Message